As a famous saying goes, revenge is a dish best served cold. However, the frustrated boyfriend in this story, which took place in Hanoi, employed a revenge technique that has set social media aflame.

After having heated arguments with his girlfriend, he put her cat in a bag, drove to an empty lane, and set the cat in a bag on fire. 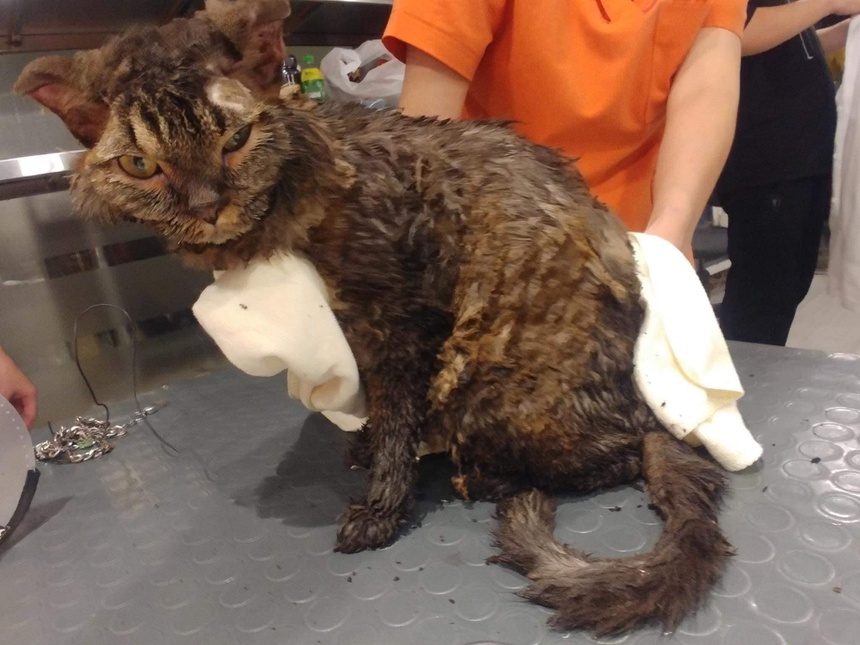 At 10.18PM on 27th October, footage from a household revealed the sight of a man pouring gasoline on a bag which contained a cat. After he struck a match, a fire broke out and the man hastily left the scene, according to Zing. He ran away after setting the bag that contained the cat in fire
Image adapted from: Tin Tức Online

At that moment, the street was dark and empty.

The bag caught fire quickly, and the suffocating cat was struggling to get out of it. After fighting tooth and nail to escape the rapidly growing fire, the severely burned cat ran straight to a house nearby for help.

Catching sight of the fire, residents in the area rushed to extinguish the flames and called an emergency animal hospital for help.

The cat’s owner contacted the vet after the burning incident 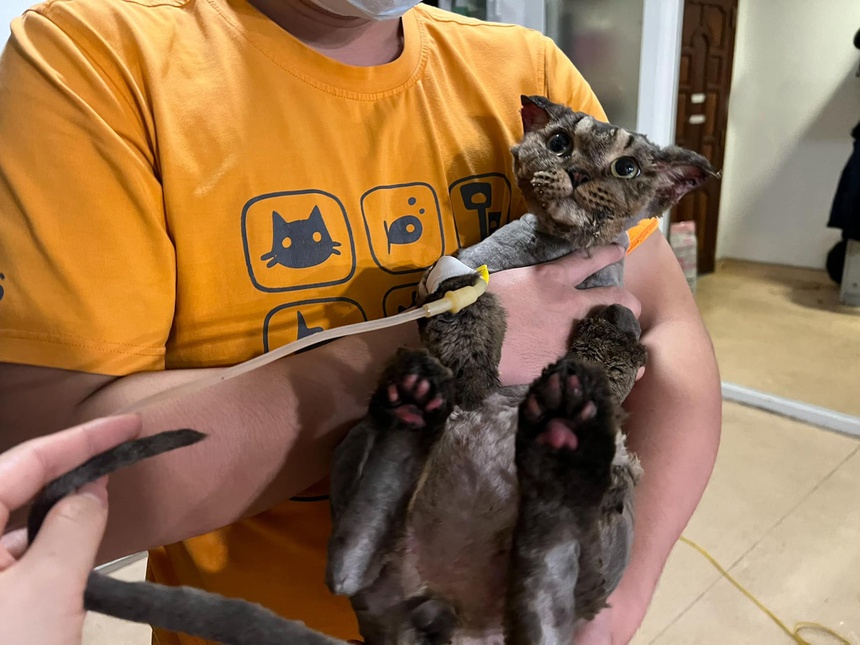 According to the animal hospital where the cat is being treated, doctors shaved its pelt off because its fur had been nearly burned to ashes and smeared with a lot of oil.

The unfortunate feline friend suffered the most severe burns on its ears and feet, a representative of the animal hospital says. Aside from physical injuries, the cat has also been diagnosed with post-traumatic suffering.

After the incident made its way onto the Internet and angered many netizens, a woman contacted the vet and introduced herself as the cat’s owner. According to her, the cat’s name is Dilo. She and her boyfriend had been co-parenting Dilo until their conflict happened and he vented his frustration on their pet.

All relationships have their ups and downs, but what matters is how they are handled. Trying to hurt his partner by burning her pet, which he also co-parented at the time, is malicious and sickening to many.

Hopefully, the person who committed this heinous crime will be dealt with according to the law and receive appropriate sentencing.

This story also serves as a reminder for all pet owners out there. Because we take full responsibility for our pets’ well-being, we should always make sure that they are protected from any violence or abuse in our homes. 12 Shopping Malls In Ho Chi Minh City To Stock Up Your Wardrobes & Catch The Latest Movies
Fully Vaccinated Vietnamese Can Travel To Thailand Without Quarantine, But Here’s Why We Aren’t Packing...