As the number of COVID-19 cases in Vietnam has passed the 700 mark, Vietnam is at a critical point in dealing with the coronavirus.

While medical frontliners and COVID-19 patients are fighting their own battles, there are many who are struggling to make ends meet due to the pandemic’s economic impact.

Aspiring to help Saigon’s vulnerable communities to tide over this challenging period, Kim Song Hoàng Nhi, a 10-year-old boy, joined a local charity group and handed out free meals to those in need.

His mother is a street vendor selling pineapples 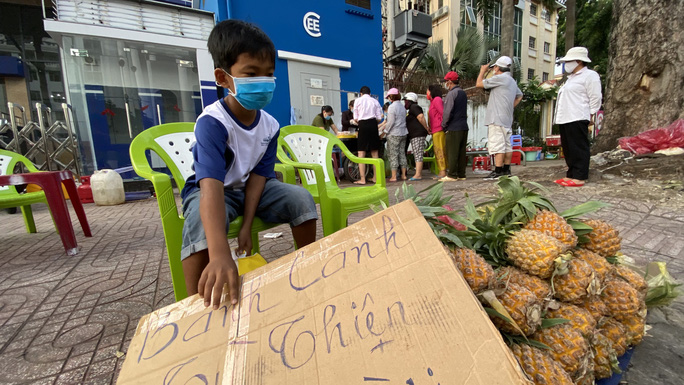 Kim Song Hoang Nhi sitting by a lineup of pineapples and a sign that says, “Free Noodle Soup”

Unlike the popular belief that only those who are financially comfortable can afford to help other people, the young donor Kim Song Hoàng Nhi is actually from an underprivileged background.

He and his mother live in a rented house in a low-income neighborhood on Luong Dinh Cua Street in District 2. Ms Thach Thi Sa-re, his mother, has had to juggle between jobs to provide for the family. 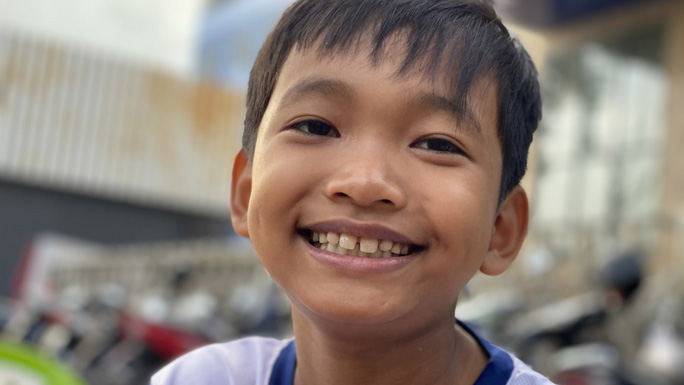 Every morning before 5AM, they have to travel 9.2KM from their rented home in District 2 to Ward 2 Market in District 10 to sell pineapples. 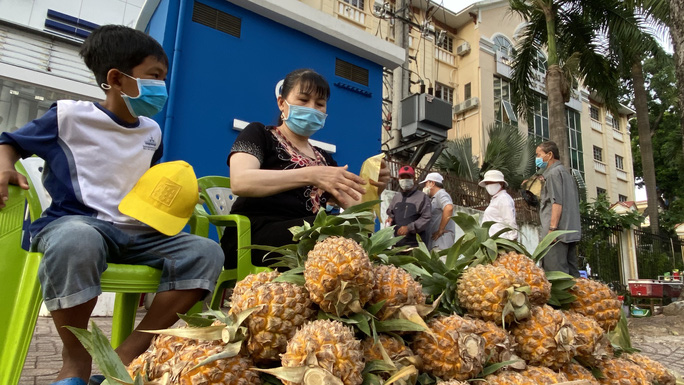 Admiring the boy’s sense of responsibility when they see him help his mom, their neighbors and fellow vendors often support them with cash. When receiving such donations, Nhi always asks his mom’s permission to put aside a small sum so he can pay it forward and help the poor.

“2 days ago, I overheard my neighbors complaining about losing their jobs and not being able to pay rent. When I sell pineapples on the street, I see many people who can’t afford to pay for breakfast. That’s why I felt an urge to do something.” Nhi shared.

He is happy to help people 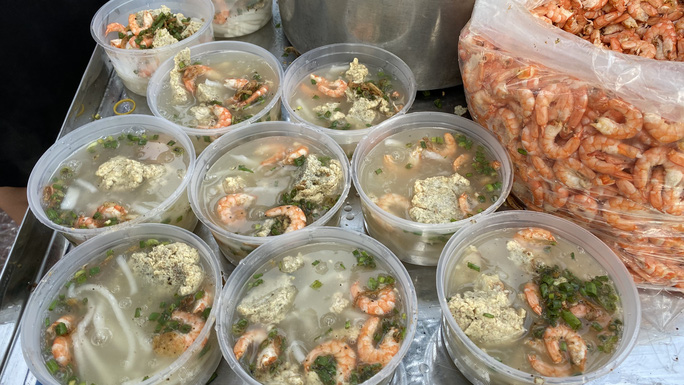 Nhi asked to join a self-initiated volunteer group that regularly conducts charity activities in his neighborhood. To play his part like any other volunteer, he donated VND1,000,000 (~USD43.15), his hard-earned savings, to the group to buy food for the poor. He also gathered his friends and acquaintances to donate to the charity fund.

Le Thi Duyen, one of the charity group’s members, revealed that Nhi is the youngest group member. When he first asked to join the group, everyone had reservations because the boy was also enduring a lot of hardship himself. However, they couldn’t turn Nhi down when seeing how happy he was helping people. 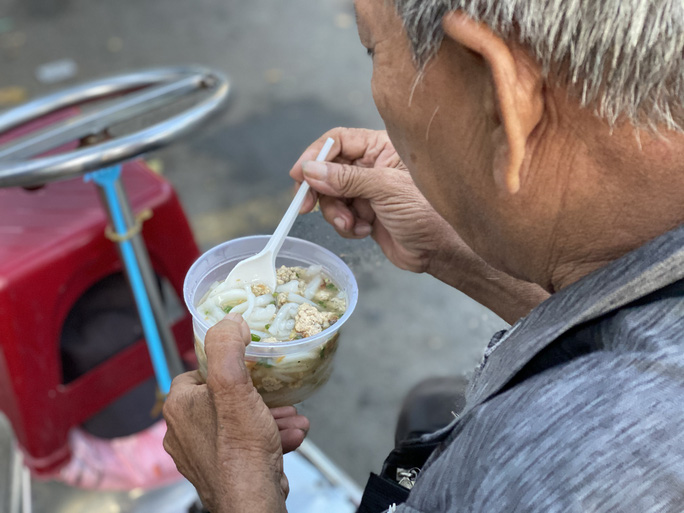 According to Nhi’s mother, he is so excited about doing charity work that he usually loses sleep the night before the charity event takes place. However, the responsible boy always manages to wake up really early to go to the charity location.

At every charity event, Nhi is constantly on the lookout for lottery ticket sellers, trash collectors, and motorbike drivers to give them meals and pineapples.

Ever since Nhi joined the group, 300 meals, including a portion of soup noodles, a flan pie, and a pineapple each, have reached people in need.

Nhi’s story shows that charity knows no boundaries. Even though he and his mother are also struggling to put food on the table, they still act selflessly to help other people. Not only does Nhi donate his savings to the cause, but he is also eager to spend time and energy to lend a hand.

Frontline medical workers and quarantined households across the country have received a tremendous amount of support from members of the public so far. However, let’s not forget the people whose lives are obscured from public view and who are also buckling up to cope with the impact of COVID-19.

A donation of any size will help the poor sustain themselves during the upcoming social distancing period, as well as to inspire others to help the less fortunate. 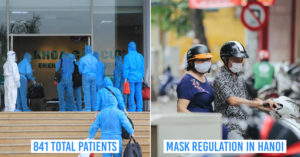 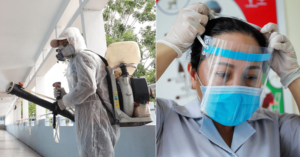