Any indie film fan will know of The Projector at Golden Mile; it’s edgy, artsy and most importantly, home to unconventional films that you won’t find in regular cinemas. For those who simply can’t get enough of it, they’ve recently opened Projector X, a new pop-up cinema at Riverside Point, Clarke Quay. 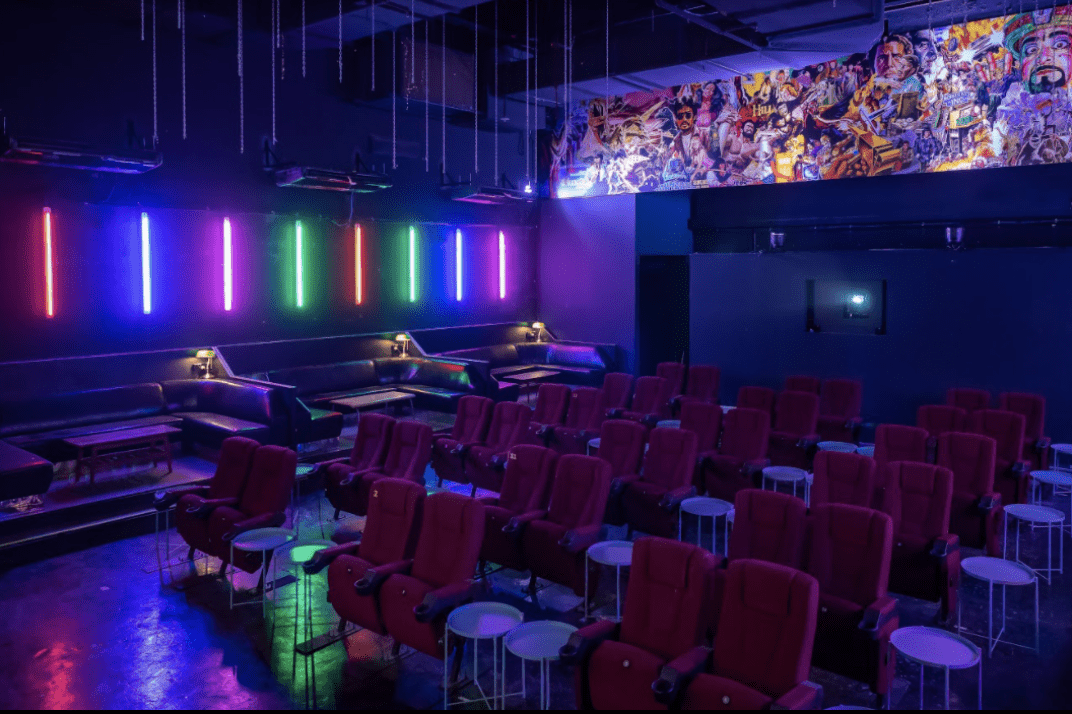 If you love The Projector’s vintage flair, you’ll quickly fall in love with Projector X’s similar retro vibe. Previously an abandoned Chinese disco, the cinema keeps elements of its past intact, with costume racks, colourful neon lights and what they call “siam diu booth” seats in its 48-seater cinema.

Pick between that, or one of the well-spaced out theatre seats to enjoy your movie from. No tight spaces or annoying kicking at the back of your seats here! 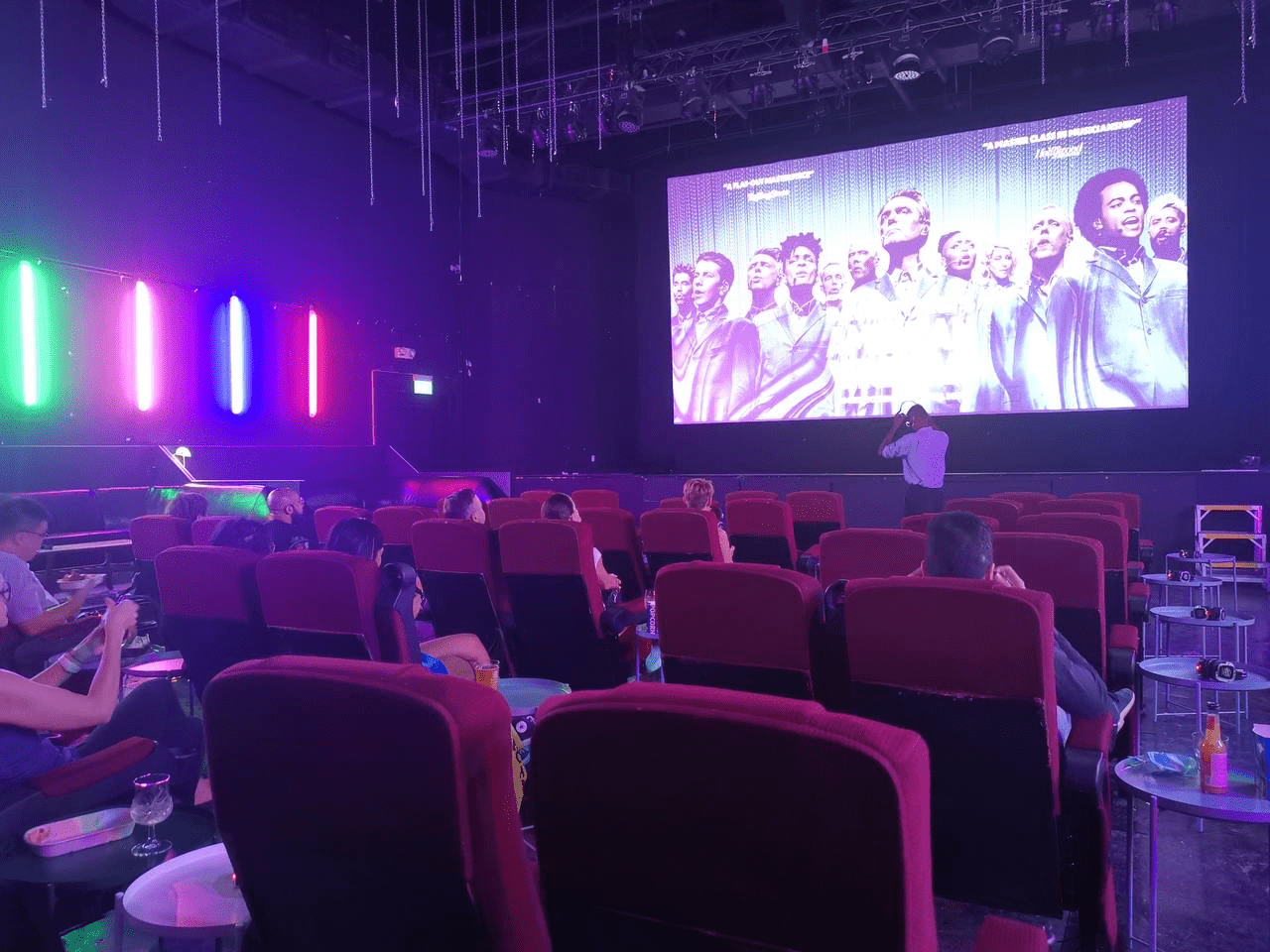 While the blockbuster world may be experiencing a dry spell this period, the good news is that Projector X currently has around 11 films screening – from 2002’s Chicago, with six Oscar wins, to 2021’s award-winning The Father starring Anthony Hopkins.

Other shows to indulge in include:

But here’s the real kicker – instead of loud stereos blasting from the ceilings, each visitor gets a pair of wireless headsets. Everyone gets to pick how loud they like their audio with its adjustable volume – turn it up to drown out background noise or hear the lines from the show more clearly. 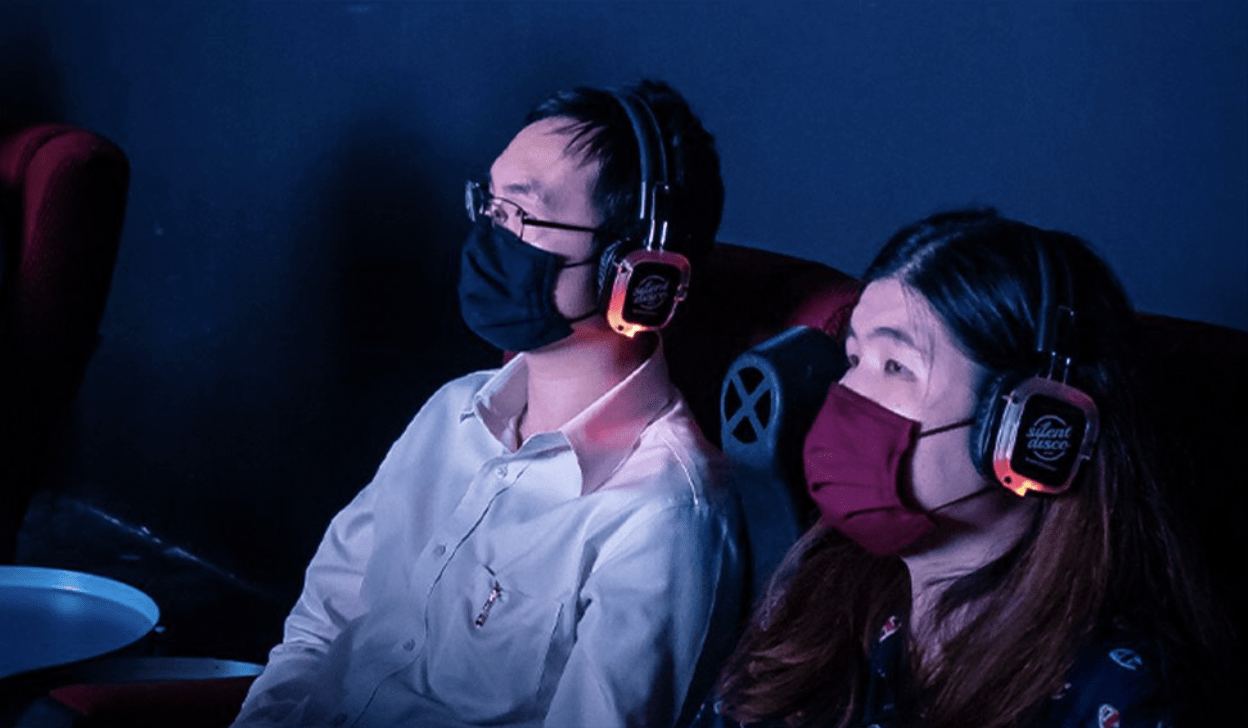 Silent Disco-style headphones that light up
Image credit: The Projector

Jio your SO or BFF for your visit here – tickets are sold as a pair, and prices begin from $18.50/ticket for a weekday visit. Top up an additional $7.50 for a combo ticket to get extra popcorn, one regular drink and one alcoholic bevvy – of wine, beer or cocktail – to share.

Bar with a view and pool table 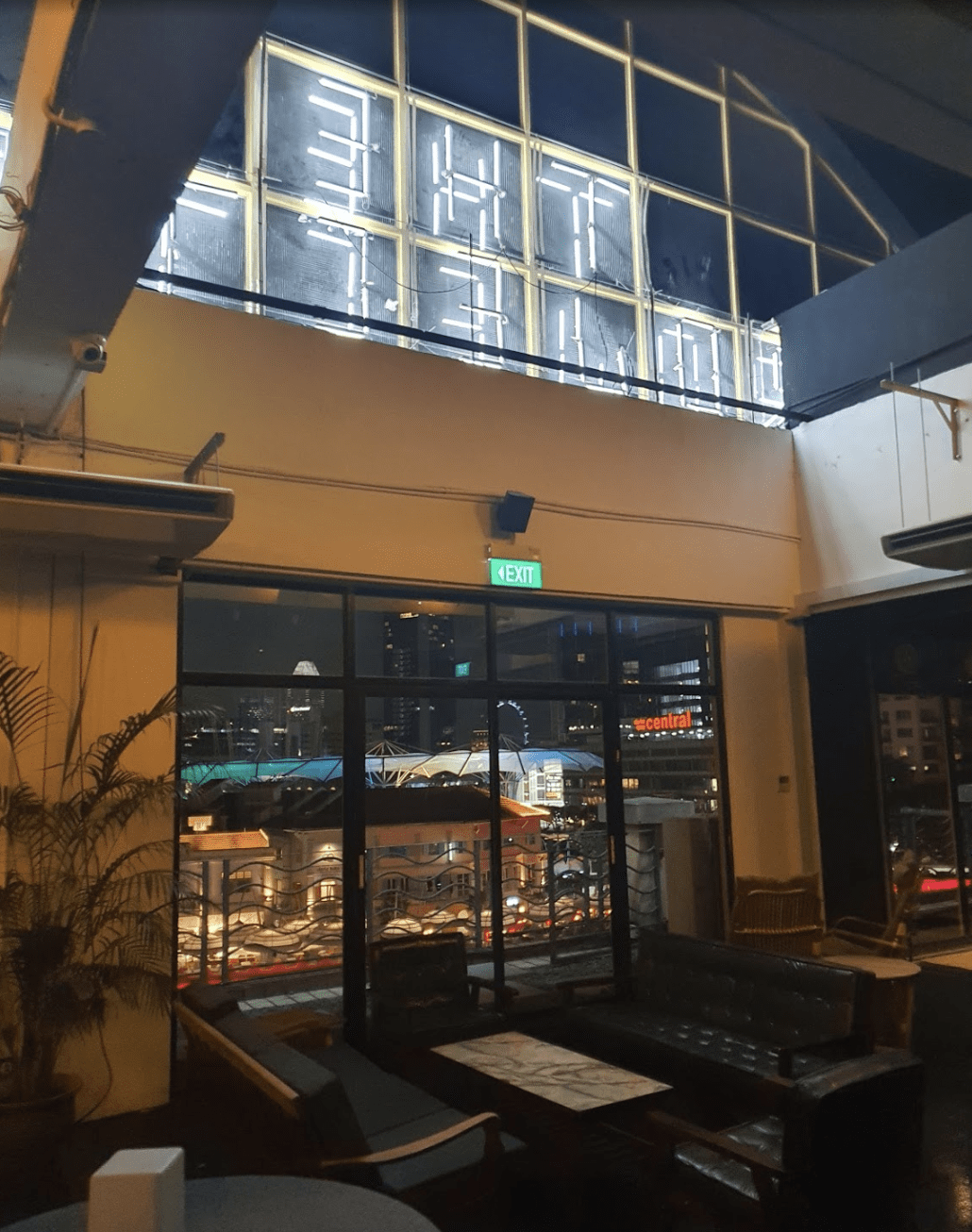 Thanks to being perched on the fourth floor of Riverside Point, Projector X’s accompanying bar comes with a view overlooking the rest of Clarke Quay through huge windows. Grab a cup of coffee (from $4), tea ($5) or a cocktail ($15) after the show to unwind here. 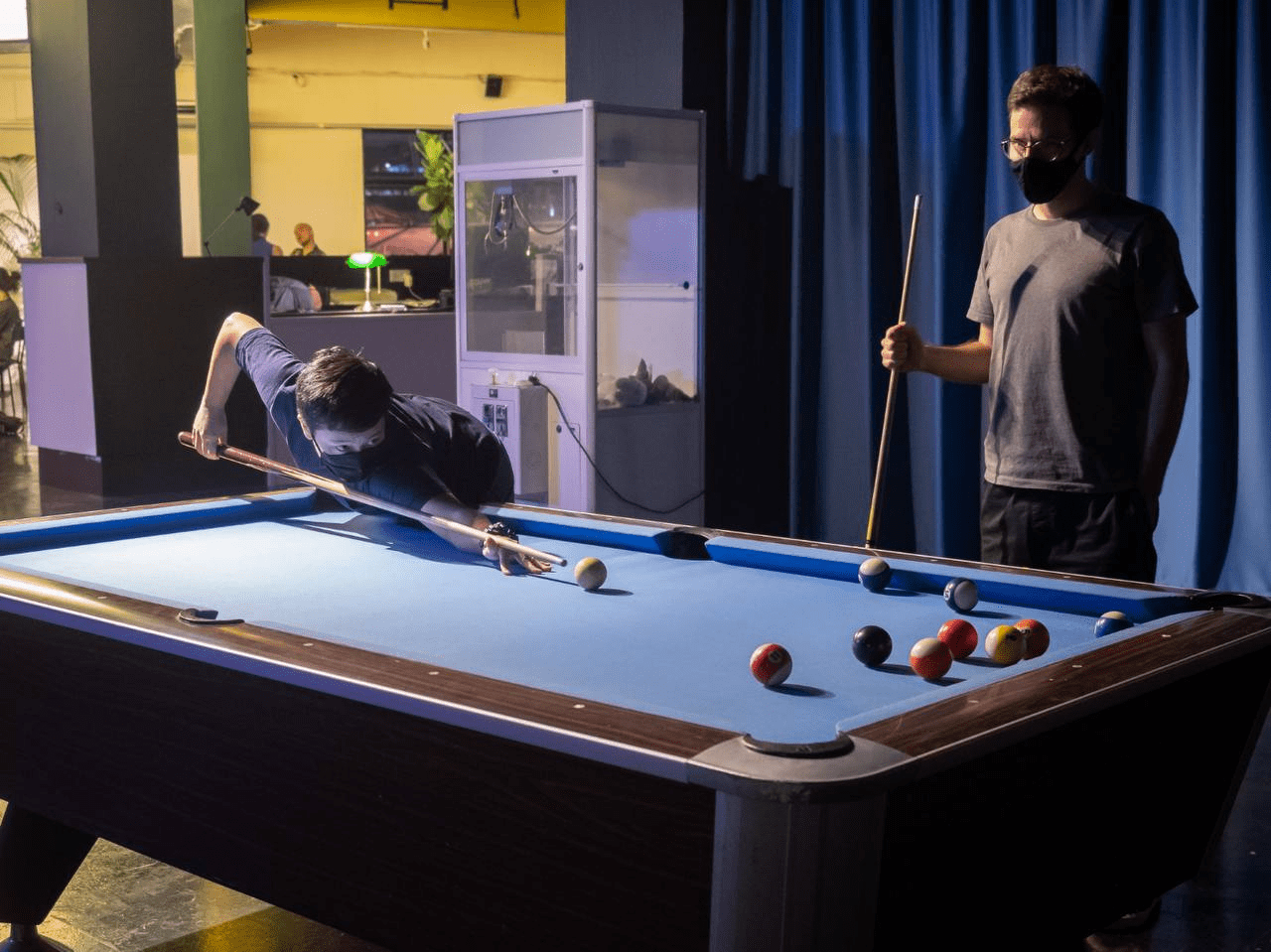 If you’ve arrived a tad too early for your show, there’s also a pool table and claw machine to keep yourself entertained. 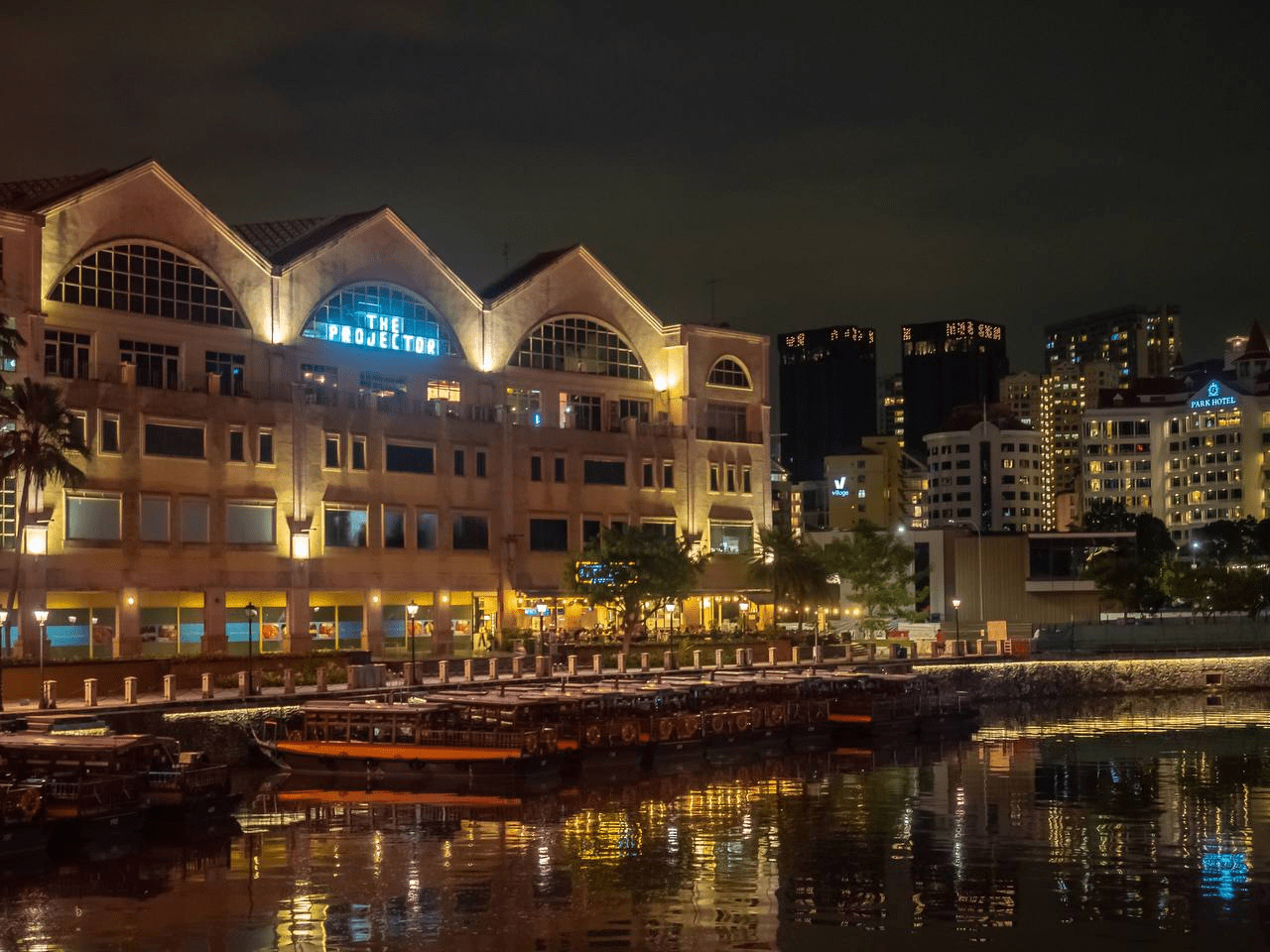 Projector X is among the series of upcoming pop-up cinemas by The Projector, and more is yet to be announced about the rest.

In the meantime, pop by this vintage-retro enclave on your next visit to Clarke Quay to enjoy movie night in style. It will only be around for 18 months – presumably until late October or early November of 2022. There’s plenty of time to visit, but we’ll recommend heading there soon to check it out before it gets too popular.

For more things to do and deals this month:

Cover image adapted from: The Projector 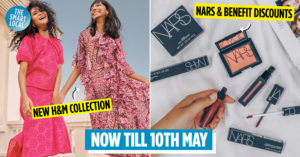 ZALORA's Raya Sale Has Up To 70% Off Modest Wear From H&M & Local Designers, Plus Makeup Promos
8 Dumbbell Sets Under $70 In Singapore To Supercharge Your Home Workouts With Deadlifts &... 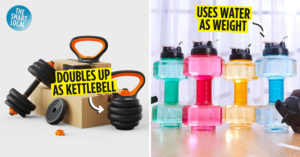