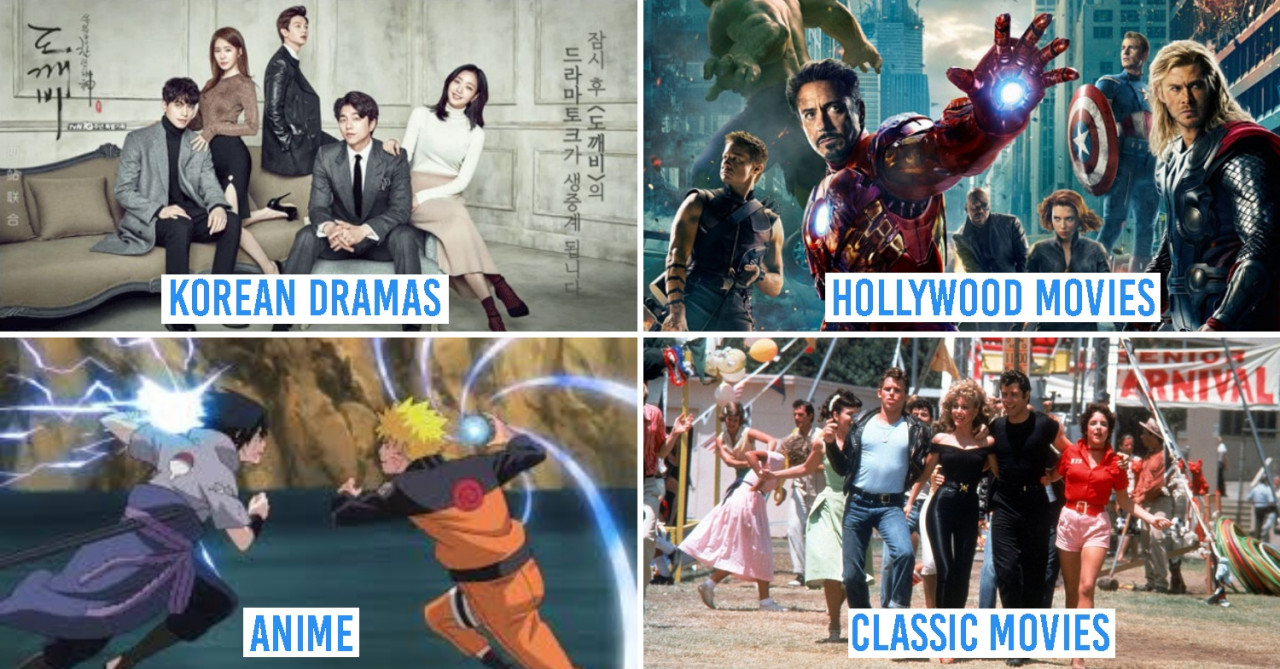 When all you want to do is slump on the couch, Netflix is a true lifesaver. But like most other Netflix addicts, you’ve practically watched its entire lineup of TV shows and movies – from the entire 5 seasons of Black Mirror to all of Noah Centineo’s films. No worries, you’ve still got a ton of streaming websites out there to choose from.

Korean dramas, old-school classics, and Hollywood blockbusters await. Here are 8 alternative streaming websites where you can get your fill of good content: 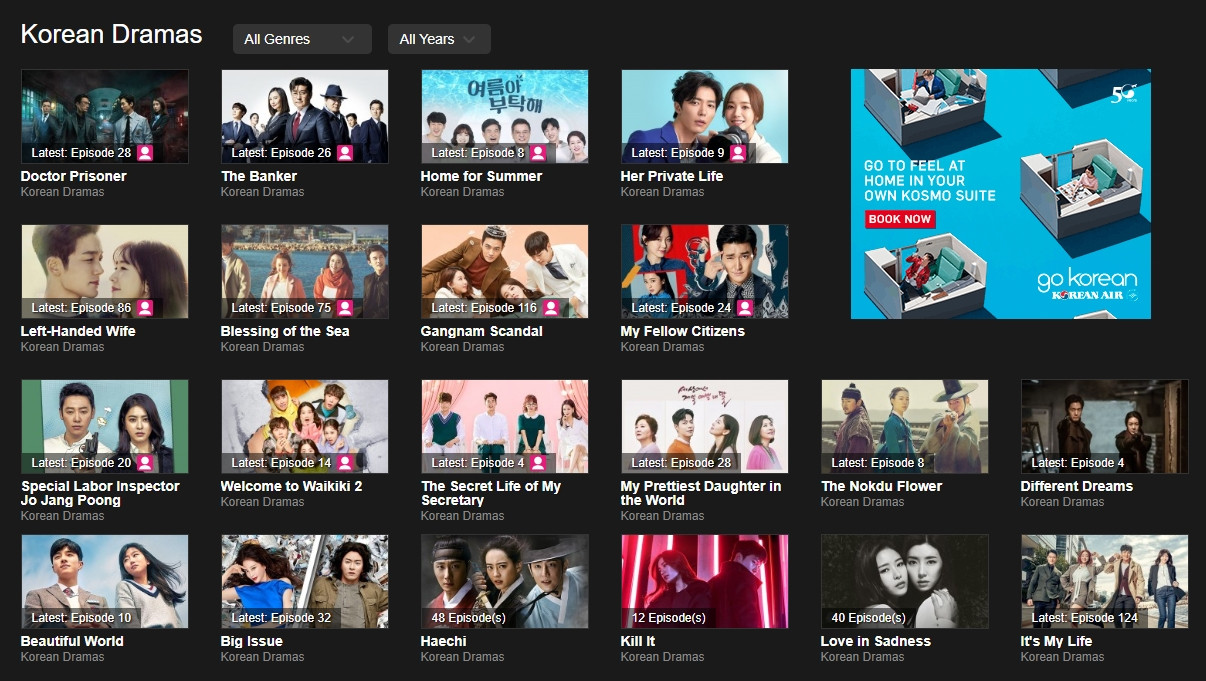 Ever since DramaFever closed its doors, koreaboos everywhere have been frantically searching for a new alternative. That’s where Viu steps in, with a massive range of Korean dramas and movies. TV shows are immediately uploaded as fast as 8 hours after airing on Korean cable TV – English subs and all included. It also features other TV shows from countries like Japan, Thailand, and Hong Kong.

Shows include: Doctor Prisoner, Her Private Life, and The Secret Life of My Secretary
Subscription price: Premium from $4.90/month if you sign up for a 12-month contract through Singtel CAST

Hailing straight from the US, you can expect Amazon Prime Video’s video collection to be topnotch. And it is, with favourite TV shows like House and Hollywood movies like Transformers: The Last Knight. While it does have a monthly fee, you’ll also be getting Amazon Prime Now services out of it – free 2-hour delivery included.

Tip: Bundle your Mobile and Fibre Broadband services to get 12 months of Amazon Prime for free. 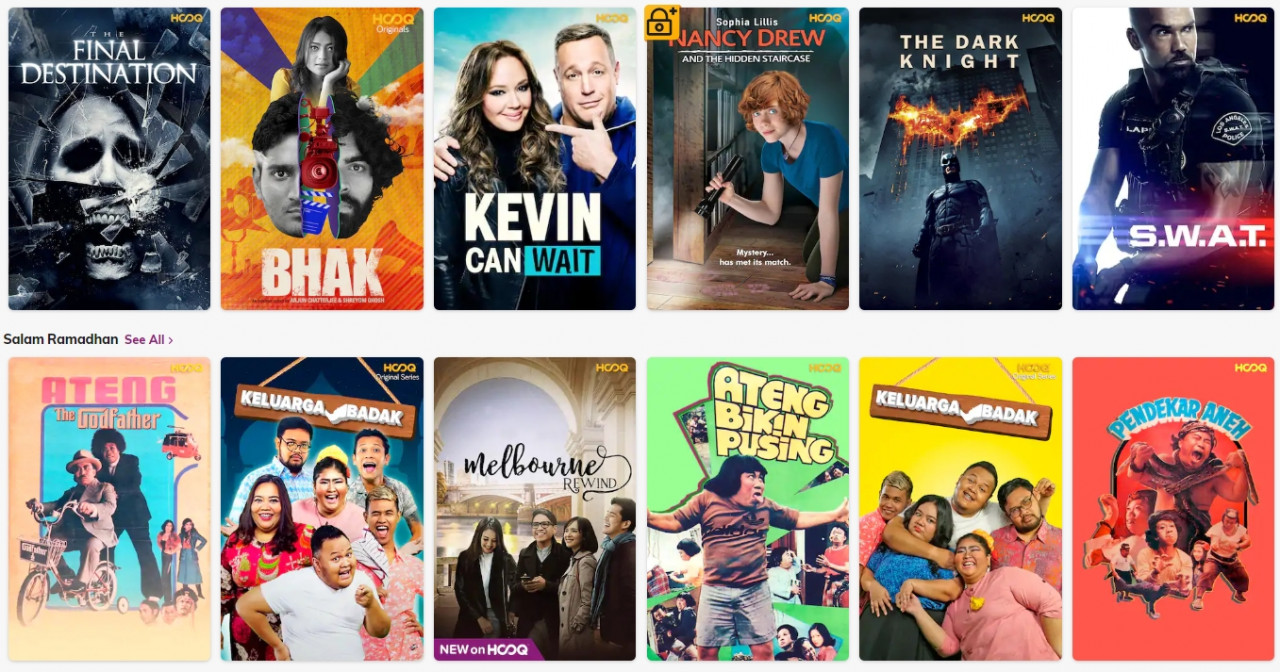 As a streaming website that’s tailored just for us Southeast Asians, HOOQ comes packed with plenty of local content. With categories like “Pinoy Series” and “Superhero Hits”, it’s been thoughtfully curated with the audience in mind.

It has a range of relatively new Hollywood blockbusters too, like Fantastic Beasts: The Crimes of Grindelwald and Aquaman – however, these are just for those with a subscription. Members can also watch TV shows the exact same day it screens in the US.

Tip: Sign up for HOOQ through Singtel CAST – you’ll save more than $63 annually.

Shows include: A range of TV show and movie genres, from Sci-fi & Fantasy to Comedies
Subscription fee: From $4.90 per month with Singtel CAST 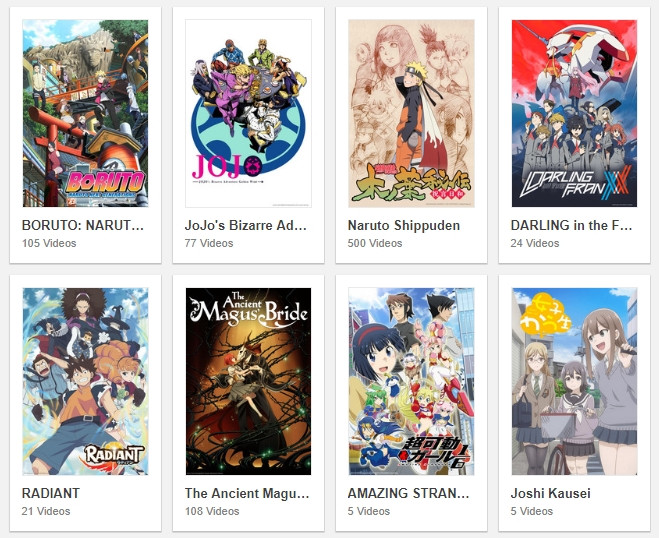 Crunchyroll is the sole anime streaming site out there that’s 100% legal – they’ve got more than 45 million users worldwide so you know it’s one trusty platform. There are more than 900 anime shows and 200 Asian dramas available, with cult favourites like Naruto and Fullmetal Alchemist. It even has a manga collection up with a range of titles like Domestic Girlfriend and EDENS ZERO. 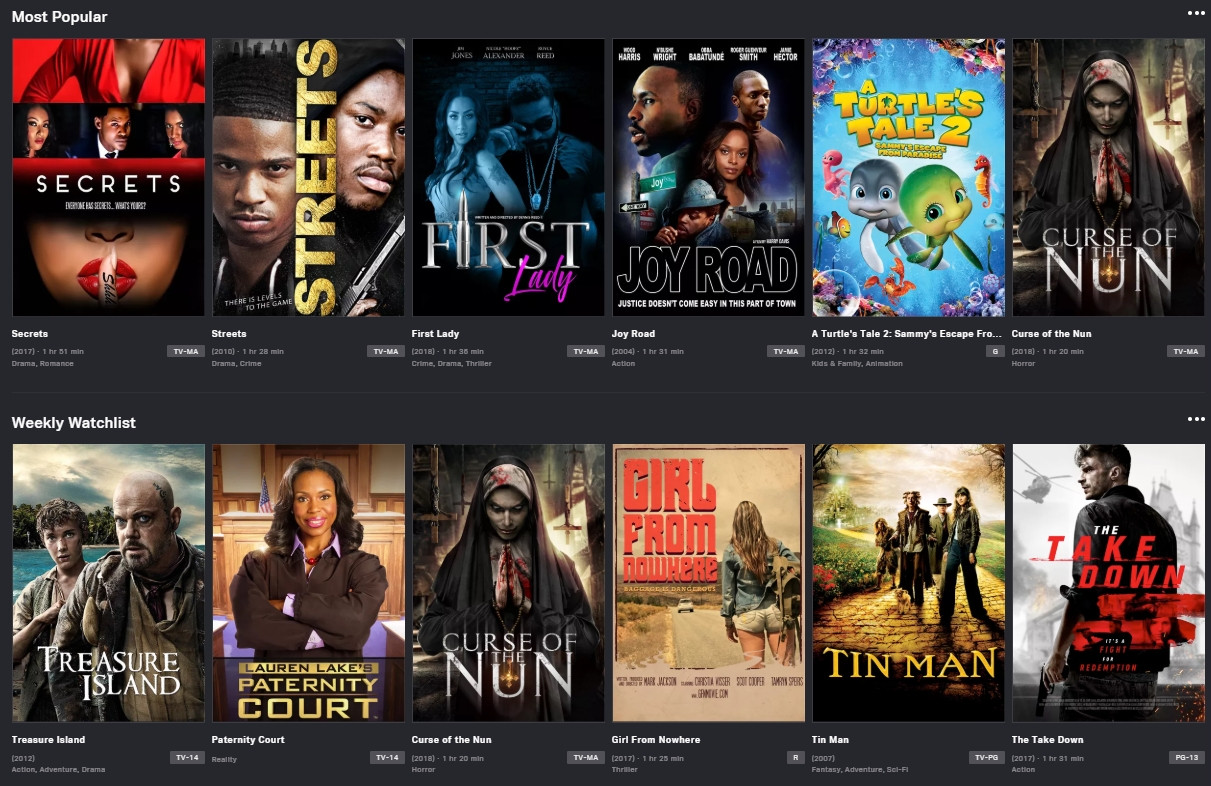 While other streaming services are mainly a collection of old films or niche Asian shows, Tubi TV boasts a lineup of relatively modern Hollywood titles. They’ve sidestepped any copyright infringement by partnering with big-name production houses like Paramount Pictures and Lionsgate.

Movies like Curse of the Nun and First Lady can easily be streamed – there’s no need to sign up either, but registering lets you access members-only features like creating a queue and viewing previous history.

Shows include: English TV shows and movies of all genres, from Family Movies to Horror
Subscription price: Free 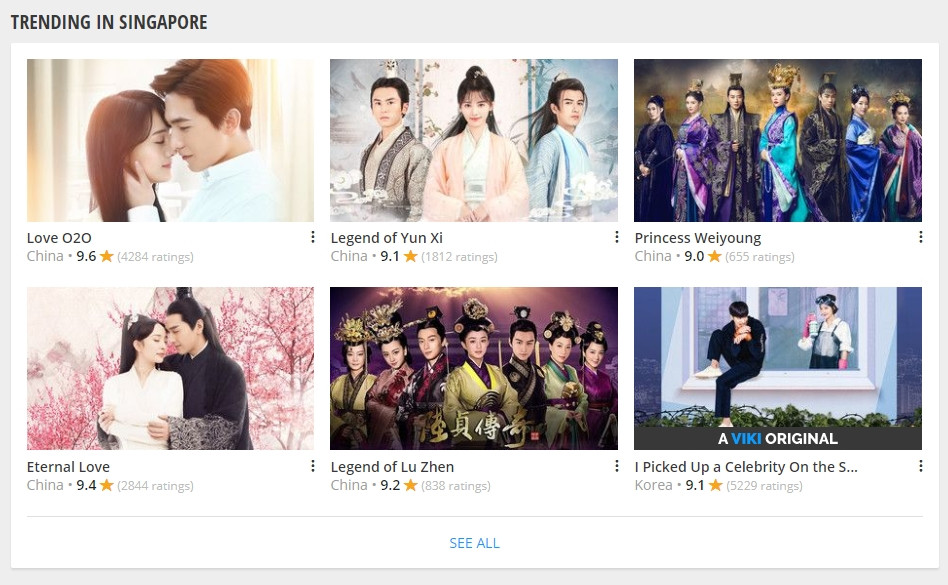 To prepare yourself for the next Yangxi Palace phase, try Viki for their solid range of Asian shows. Their collection’s predominantly from Korea, China, Taiwan, and Japan. Fear not, non-Chinese speaking folks can easily toggle on the English subs.

Much like Spotify playlists, members can create “fan collections” so you can share your favourite movies and shows with others. 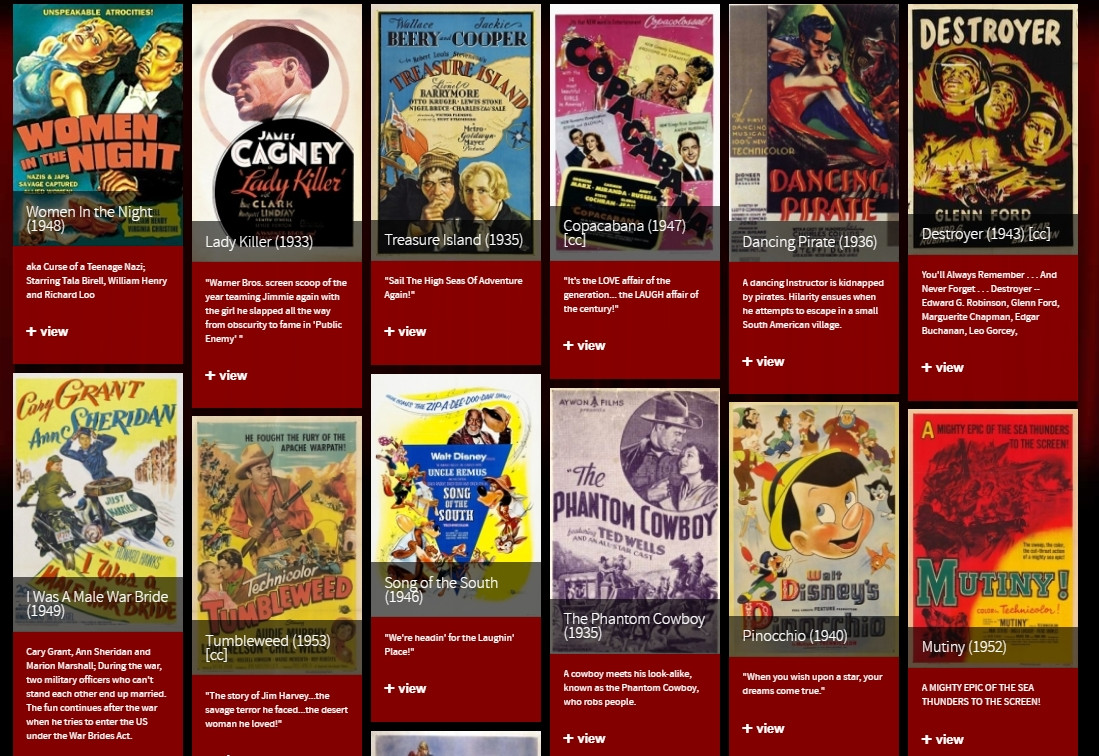 Hunting down old-school movies would’ve been near impossible a few decades ago: you’d have to rummage through your grandparents’ home or borrow the VHS tapes from video rental stores. But with sites like Classic Cinema Online, you can get your classic film fix easily.

Movies here date back all the way to 1927, with silent movies like The Unfortunate Marriage. Notably, they also have classics like The Bridge on the River Kwai and Casablanca.

We all enjoy an action-packed flick every now and then, but for those looking for more intellectual films will thoroughly enjoy the collection up on SnagFilms. They’ve got award-winning movies like Devil’s Playground but also a solid mix of political documentaries and foreign films. 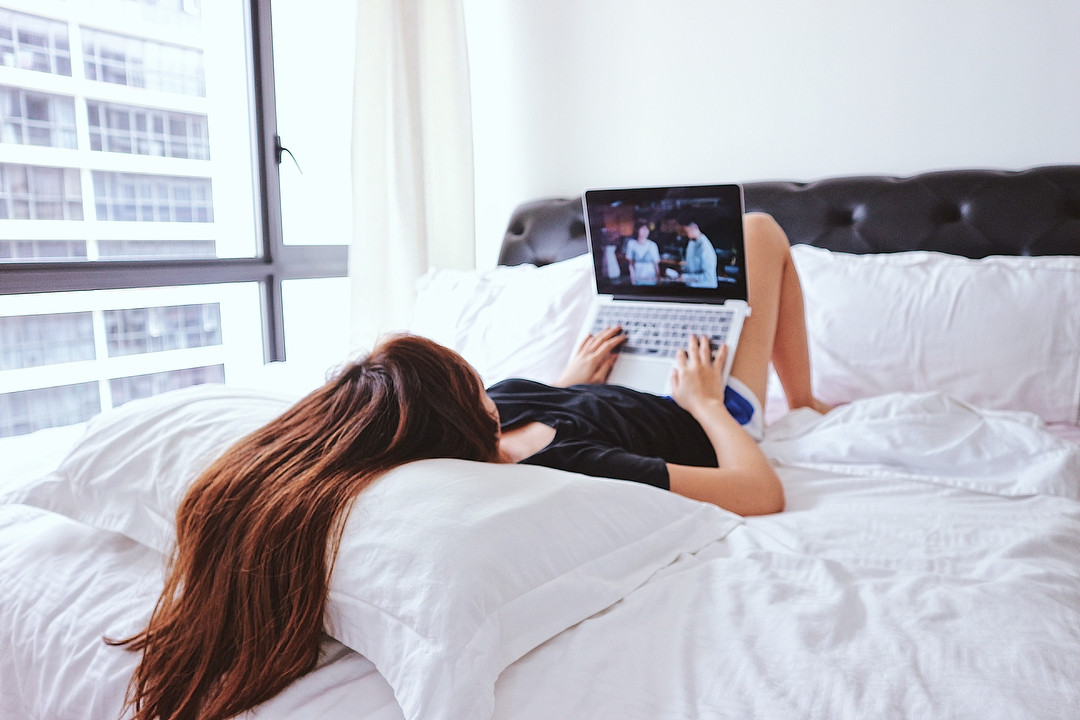 We’ve already binge-watched everything worthy on Netflix – these alternative streaming websites now give our dreary weekends a new meaning to life. From Korean dramas to Hollywood blockbusters, there’s no longer a shortage of TV shows and movies to watch.

But these streaming services depend on a speedy internet connection. We’re all used to connecting multiple devices to the internet so it becomes super important to choose a proper fibre broadband – otherwise, there’ll be severe lag. Here’s why we recommend Singtel’s WiFi Mesh:

Besides the reliable connection of Singtel’s fibre broadband plans, you’ll also get plenty of benefits once you sign up. All hardware needed for your purchased plan – to connect, install, and register – comes entirely free of charge. You’ll also get 10% off your monthly Singtel mobile subscription!

Those who bundle their Singtel mobile line, fibre broadband, and Singtel TV will also get Singtel Circle perks – this includes mobile plan discounts up to 30%, an annual handset upgrade fee waiver (worth $350), and free local data on Sundays. 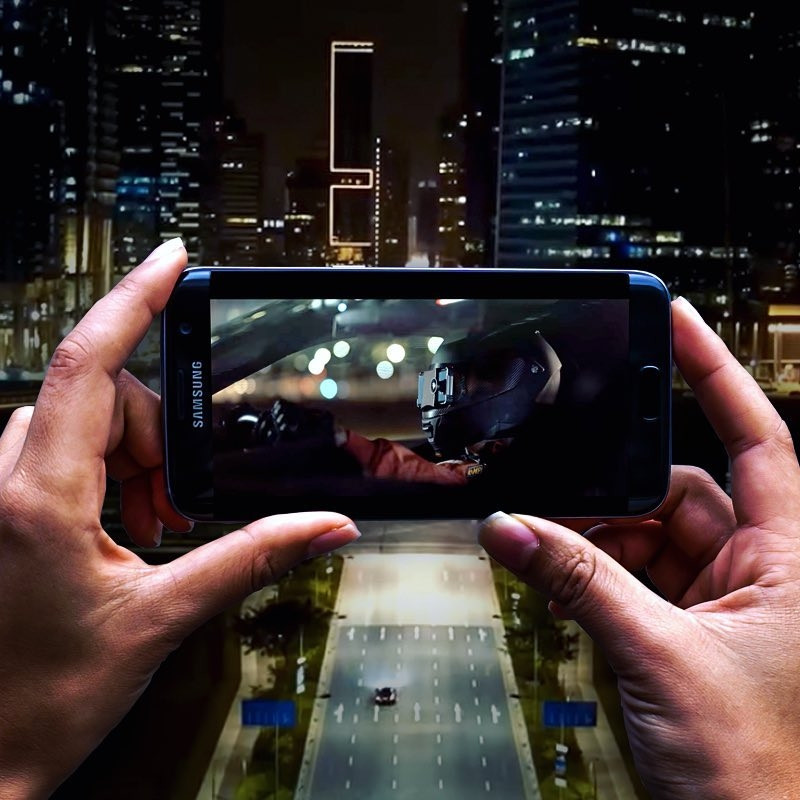 Watching shows wherever you are with Singtel’s 4G network
Image credit: @singtel

It doesn’t matter if you’re home or out either: as Singapore’s fastest and widest 4G network, Singtel offers mobile peak speeds up to 1.5 Gbps. All GoT fans will understand how crucial this is – when you’re catching up on the latest episode in the MRT, there’ll be no more buffering breakdowns just before an epic cliffhanger.

With a long list of TV shows and movies to watch, we all need a trusty broadband plan that can handle our regular binge watching. From a seamless connection to handling multiple devices, Singtel’s fibre broadband does exactly that – settling all our entertainment needs with zero lag whatsoever.

#YOdulting with Singtel
This article is part of our #YOdulting series with Singtel, that helps young Singaporeans navigate their way through adulthood by bringing them ease, value, and convenience while living life to the fullest. 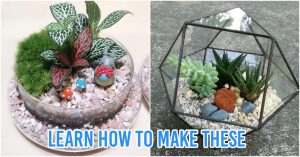 8 Terrarium Workshops In Singapore For You To DIY Your Own Low-Maintenance Mini Gardens
7 Technologies In Singapore Straight Out Of The Future - Drone Delivery, Robot Staff &... 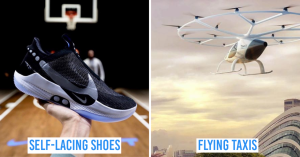