Welcome welcome! Welcome back to my little ol’ comfy games blog corner, over here at this blog I like to talk about video games and cover games from all genres and platforms but most importantly expose the readers to games that either deserve to be pounded to the ground for being atrociously bad or receive high praises simply because it is delicious game. Recently I traded my long life buddy, the iPhone 4, for the Samsung Note 2 LTE with the curiosity to dive into the Android games market and see if the grass is greener on the other side. Well, to be completely honest I was immensely disappointed to find the Android Google Play store to be absolutely stagnated and just dull in comparison to the iOS games market. But I like to remain optimistic and believe that there is always some form of light in the darkness. The iOS market spoilt me with the vast amount of games and burnt a hole in my virtual wallet to be completely honest.

I am in no means implying that the Android market has no games, it has a hefty amount of mainstream titles such as the Angry Birds franchise, Temple Run and the now widely known Candy Crush. For people like me however, I tend to peer into the (virtual) flesh of titles not exposed to the mainstream media. I much prefer strategy and tactical games on my handheld devices and my iPad but I also play a vast majority of genres, titles such as Bastion, Magic 2013, Ridiculous Fishing and Baldur’s Gate. I enjoy playing both casual and hardcore oriented games and the Android market has very few games catering to the latter. But Star Traders RPG Elite may just change that considering it already consumed 9 hours of my life prior to purchasing it last night (go figure).

Star Traders RPG Elite is the paid app version of Cory Trese’s beloved sci-fi turn-based strategy/role-playing game. Now whenever I do a review of a game of any nature, if there is paid or premium version then I will most likely review that rendition of the game. The Elite version adds new content including 2,000 new Sectors, 200 ships, 110 planets, 200% rumors, twice as many officers, awards and generally a whole lot more content. This massive amount of content will set you back for only a disgraceful USD $2 or SGD $3.79, did I mention that if you are ever unsatisfied with your purchase, you can email the developer (cory.trese@gmail.com) for a FULL refund? (I will also break your face and release my warhounds if you even consider that option, you silly human!)

At first glance, Star Traders RPG Elite may potentially be misinterpreted as a 4x game due to the scale of the game world, the amount of things to do and the ability to join and influence different factions. The game allows you to side an empire of your choice and select a profession from the get go which will affect your playstyle throughout the game. The 4x genre mainly consists of four important aspects that defines the name (DUN DUN DUN). The four sacred and holy Xs being Expand, Exploit, Explore and Exterminate. The game that started the 4x genre is the legendary Master of Orion, which later gave birth to several important titles that will shape what 4x will evolve into, such as the Master Of Magic games, Sins of a Solar Empire and the very popular Sid Meier’s Civilization games as well as my personal favorite, Sid Meier’s Alpha Centauri. (Which is also a game about SPACEEEEEEEEE)

Uhh. That is a lot of blue. 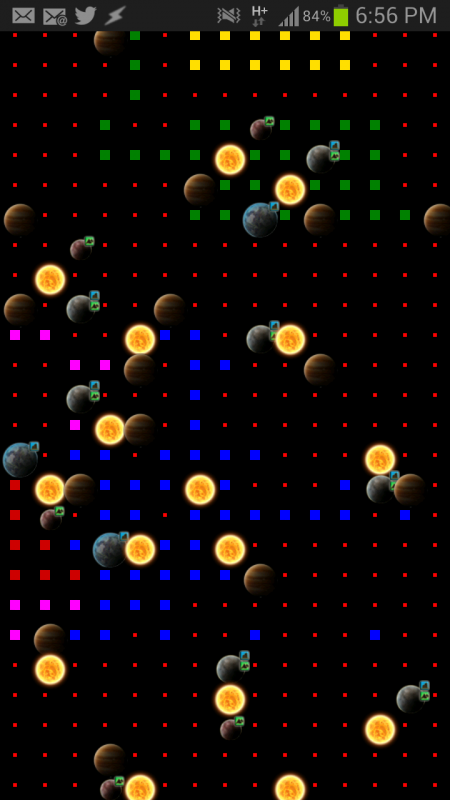 Starting a new game in Star Traders RPG Elite will have you select a number of options to start the game with: the difficulty, your starting profession, faction and perhaps most importantly for the early game stages of your playthrough, your personal space cruiser/ship. Right on Commander!

Difficulty is split into 8 levels rather than the typical Easy, Medium and Hard. The difficulty you choose will affect whether or not your captain(character) can be killed permanently which will essentially end the game, like forever- which is brutally masochistic considering combat in this game is based on invisible dice rolls which might screw you over when you least expect it to. The difficulty also affects how many ships you will encounter, the ‘level’ (which I presume is the AI) of your opponents, fuel consumption which depicts the amount of movement you can travel before needing a refill and the amount of pay you will be rewarded for completing a quest.

That derpy looking man is your First Mate, he isn’t a happy derpy fellow. 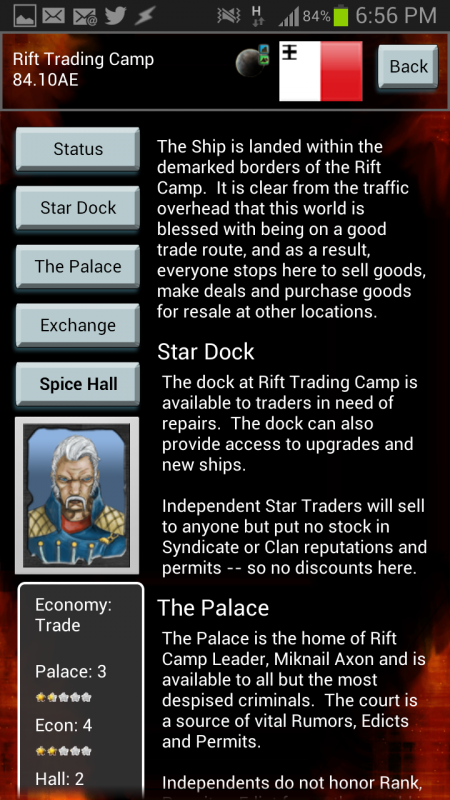 The profession you select will determine how you play the game, you can choose to be a menacing space pirate, a humble honest trader of the galaxy or a bounty hunter searching the corners of the universe for a particular sod you were contracted to take down. Star Traders RPG Elite can be played in a variety of ways with 10 different professions to choose from:

The interesting fact is that you are not restricted to the job of your profession, this gives you the flexibility to play as a Bounty Hunter exploring wild untamed planets or a Merchant acting as an aggressive battleship assaulting space pirates. Professions are just specialized in their… well, profession, that usually means statistical increases in a particular feat such as a 50% discount for buying Death Warrants as a Bounty Hunter (which acts as a badge or a fancy license that shows you have done a significant amount of successful bounty hunting-esque contracts) or additional proficiency like the Pirate being able to gain double the Reputation in Trade Wars. The Star Trader profession seems to be the jack of all trades and the ideal choice for new players, with the ability to buy ships and weapons at a special discount just simply because it is the title of the sodding game. Hur hur!

The factions in this game are fairly distinctive with their own background lore and individual banners as well as providing factional bonuses. There are 6 different factions to choose from, but aside from the above differentials mentioned, there really isn’t any other noticeable difference when interacting with the faction ships and bases besides having their banners displayed. When you trigger an event, it usually contains a ship with a few descriptions depicting whether or not it is an aggressive battlecruiser or a peaceful space trader, your current standings and loyalty with the ship’s faction and lastly the game presents you an array of choices you want to do about the situation. (With the Battle Stations option ending with one fairly damaged or completely destroyed ship and crew)

Before you begin your perilous journey of space trading/pirating/looting/exploring /bribing/backstabbing, you have to outfit yourself with a ship to start with. There are 12 ships you can choose to start your space adventuring with 5 unlockable ships only usable by completing certain achievements within the game. The 7 basic ships provides some diversity and variety to compliment your profession, the Vae Victus cruiser seems to be the ideal jack of all trades while the Mortifer Telum specialises in long range strikes and the Vark Mordi in short range, quick hit and run tactics. There are other ships that provides bonus storage to assist your life of space trading but let’s be honest, they all have rather odd names which doesn’t relate to their trade forte which is rather dodgy to say the least.

Every ship is pilotable by your crew, torpedoes not included 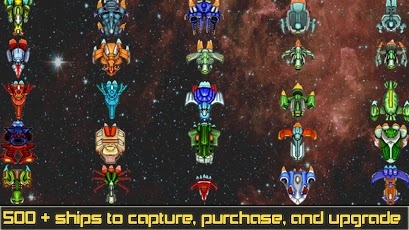 Lets talk combat and mainly gameplay in general, be reminded that this is an RPG (if you hadn’t already know, it stands for Role Playing Game). Most of us also know, that most RPGs consists of a lot of repetitive questing/missions and ‘grinding’ definitely exists in Star Traders RPG Elite. Battles are played out within the turn-based context, you have options to either engage your enemies at long range or close range by moving towards the enemy ship (crashing your ship into the the enemy works too!). Once you are close enough, it opens up a variety of ways to dispose your enemy. Aside from Gun, which assaults the enemy ship with a barrage of machine cannons from any range, you have the ability to fire at the enemy’s Engines which will melt their Engines resources, Decks will allow you to fire at the enemy’s crew and lastly Board, which is of course boarding the enemy’s ship with your badass space captain and Duel the opposing space captain to the DEATH. Which is of course, most certainly highly entertaining if there were actual graphical representation while that happens. Oh don’t you worry sir, the sprites will animate when ships are moving and explosions will explode when you push  any button that involves making explosions! EXPLOSIONS!

Currency in Star Traders RPG Elite comes in the form of the standard and very generic $ dollar sign. Money in the game is made through either raiding other space traders, exploring ancient treasures in the wildness of untamed planets or doing Contracts given out by The Palace, Military Bases and Spice Halls throughout the universe. There are plenty of resources required to properly navigate and pilot your ship to the fullest potential, aside from your resources used in combat, which consists of torpedoes, barrage cannons and armour platings, the Water-Fuel resource and Luxury Rations are vitally important to traverse the universe and prevent your crew from exerting terribly mutiny. Mutiny in the game triggers when you do not have enough  food and water to properly cater to your crew, mutiny usually ends up with your captain making a choice of physical retaliation or persuasive bribery, both usually ends up with your captain losing some health and losing a few crew members.

Your captain has 10 health points at the start of the game and can be injured by means of mutiny, ship combat, planetary exploration accidents due to treasure hunts/natural disasters/being ambushed by aliens and all that good stuff which happens when you explore a new planet, naturally. You lose the game when your health points is reduced to 0 and in most difficulties that means your character will die, forever. 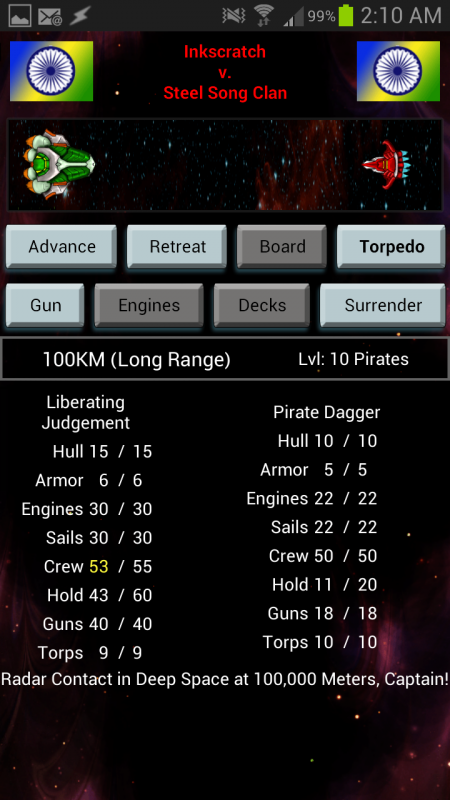 It is the nature of every roguelike game to kill off your heavily invested characters permanently and force you to start a new game with a fresh new captain which makes the roguelike genre loved (or hated) by all gamers. This type of games are essentially a hit or miss, sink or swim, whatever you want to call it. But at the end of the day, roguelike games provides a lot of randomisation which means playing the game twice will never feel the same and most importantly instills longevity to the genre.

Star Traders RPG Elite provides content through repetitive activities and a lack of graphical detail but is made up for the amount of actual content in the game. The writing and text descriptions of the scenarios in the game are also highly detailed and immersive which really draws the player into the game’s universe. The ships all have different artworks and the incentive to continuously progress your ship and crew can be a satisfying and enjoyable experience. The game certainly holds a lot of early promise considering that developers are constantly updating the game with new content and could potentially become one of my favourite space roguelike game on my Android phone. I personally enjoyed my experience with Star Traders RPG Elite and it rightfully deserves a respectable: 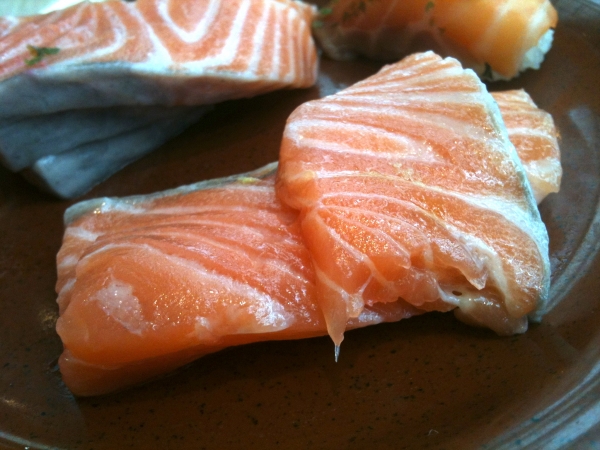