Dating as a single mum

The city lights cast a seductive silhouette on his body, making the muscles on his arms pop out more than they should. So, so hot. My heart started beating wildly as if in anticipation of what was about to happen next.

“I really like you, y’know”, he muttered. Leaning in for a kiss, I closed my eyes, wrapped my hands around his athletic frame and…“MUMMYYYY! I need to pee!!!”

I jolt myself awake from my reverie. Clearly I had been so engrossed in revisiting past romances, I forgot I now had mummy duties to tend to.

You see, dating as a single mum is one hell of a roller-coaster ride. I have to navigate through situations my pre-baby me didn’t have to. Sometimes, it can be more fifty shades of grim than it is grey. So you want to know what it’s like to be single, 98% eligible, and ready to mingle? Well, sit tight and hang on for the ride.

Stigma and struggles of dating as a single mum

Ahh, the infamous half compliment, half patronising comment. I always find it funny how people expect mothers to look like homeless hags, as if we absolutely lose all dignity and sense to look decent after we pop out a child. I’ll have you know I can still fit into my H&M party dresses and get called “Xiao Mei” at the coffee shop. *flips hair*

Yes, being a divorcee and working mum does take its toll on me, but not as much as being labelled “needy” and “low market value” by the lesser half of society does. Those biting words sometimes echo loudly in my mind while I am indulging in a wagyu steak dinner with my date.

People have this preconceived notion that single mums are relentless in our pursuit of love. We are judged as desperate. Lonely. Hell-bent on replacing the love we lost. Some men get all flighty assuming we want to get married the day after. Others tremble with fear thinking they’d have to be a stand-in dad to our child.

Eh, relax can? I just want to watch White Chicks and kiss after.

All girls know preparing for a date is serious business. Hair needs to catch his eye, outfit has to be fly. For many it can take anywhere from 1-3 hours. For me, it takes three business days.

I have to make sure my freedom-loving mum has time to babysit my son. On the day of the date, since my son’s sole job is to ensure I end up old and lonely, he suddenly needs to poop. He spills his drink on the couch. He wants a snack.

Just as I thought he’d settled in, he barges into my room and insists I pick the blue eyeshadow on my Urban Decay Naked Palette. He stares at me until I swipe my brush over it. Lucien honey, getai season is over.

When I’m finally eye-flirting with my guy over a glass of Gin and Tonic, I feel it. No, it’s not what you think. Instead, it’s the creeping, insidious emotion you may have heard of – guilt.

My mind unexpectedly wanders to my son. And then my inner voice tells me, “You’re a bad mum. You should be spending time with your son, he needs you. How could you?!” 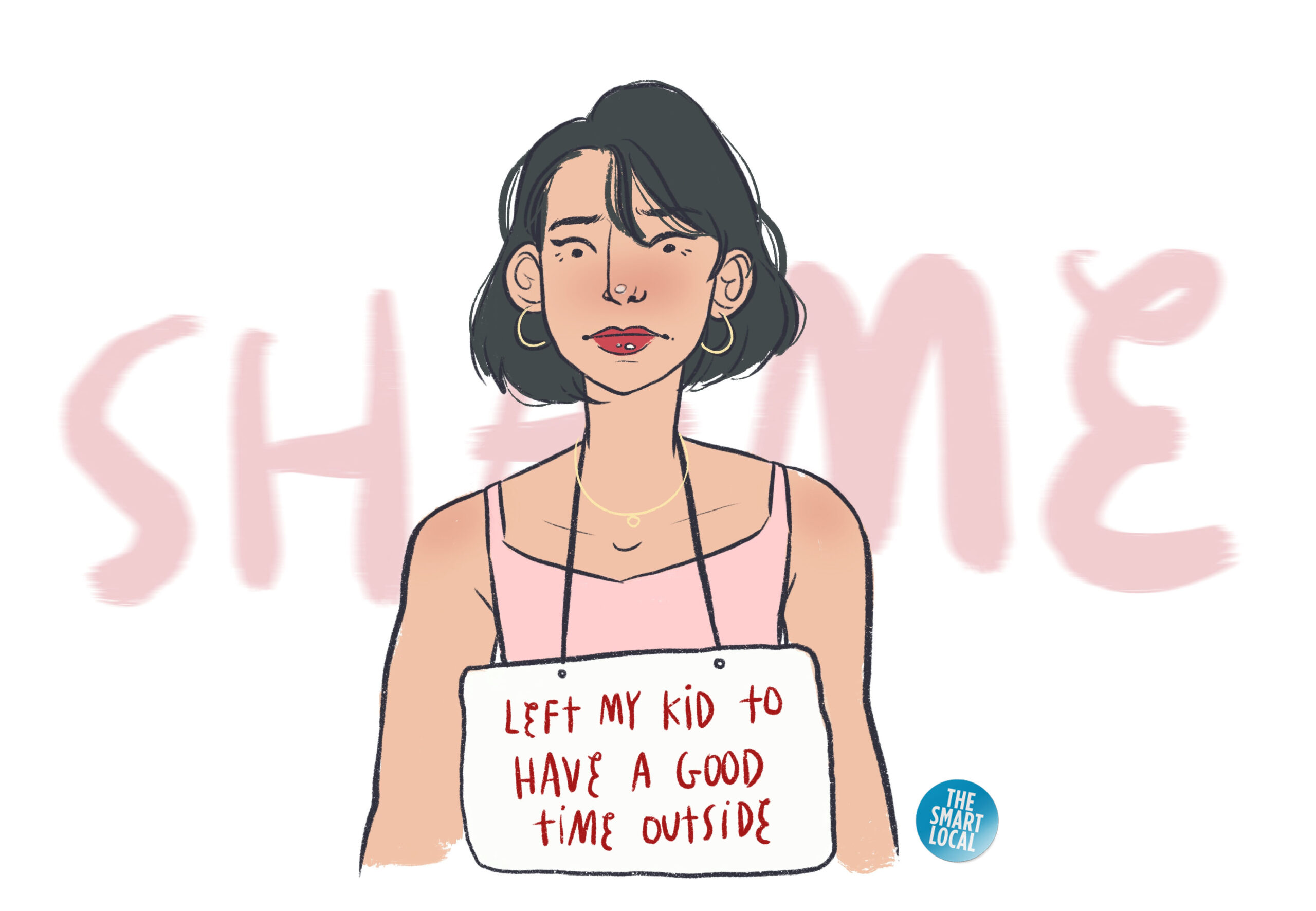 Then, all uninvited emotions crash my party. I start feeling unworthy. I think of my imperfections, how I’ll never match up to other more eligible, child-free girls. He just wants my body, I convince myself.

And that, ladies and gentlemen, is a vicious cycle of how I subconsciously sabotage my happiness.

How to look for red flags when online dating

I’m at a stage in my life where most of my friends are either in relationships or married with kids. Gone are the days where we could just hang out impromptu at the bar and potentially meet someone there. My only option? Enter the treacherous world of online dating.

My vulnerability and insecurity had hit an all-time high as I online dated. I made it clear that I have a son on my profile, but I was nervous. Part of me felt like being a mum was going to make me less desirable, and I subconsciously created plenty of negative self-talk. I wanted to be more than just the hot mum.

Online dating – some call it a goldmine, others swear it’s an absolute cesspool. I’ve experienced both, but we all know you’re here for some salacious stories. So, if you’ll allow me, kindly take some wise ol’ sage advice and look out for these red flags:

Girl, cut the cord. Cut the damn cord now. The problem with meeting people online is that you don’t know their history. They literally could have inspired a character on Crime Watch and you’ll never know.

So I met this banker, let’s call him A. A was smart, sensitive, and extremely generous. He took me out to fancy places, spoke about my son often and always drove me home. The catch? There was no trace of him anywhere on social media.

No Facebook, no Instagram, nothing. His Whatsapp didn’t even have a photo. I initially thought this was refreshing, seeing how I wouldn’t have to worry about him prying on other girls.“I just like to keep a low profile”, he said it as such a matter-of-fact that I didn’t even think to probe.

I was grateful he didn’t mind that I had a son, something I was worried would get in the way, and was quick to dismiss the fact that something was clearly amiss. 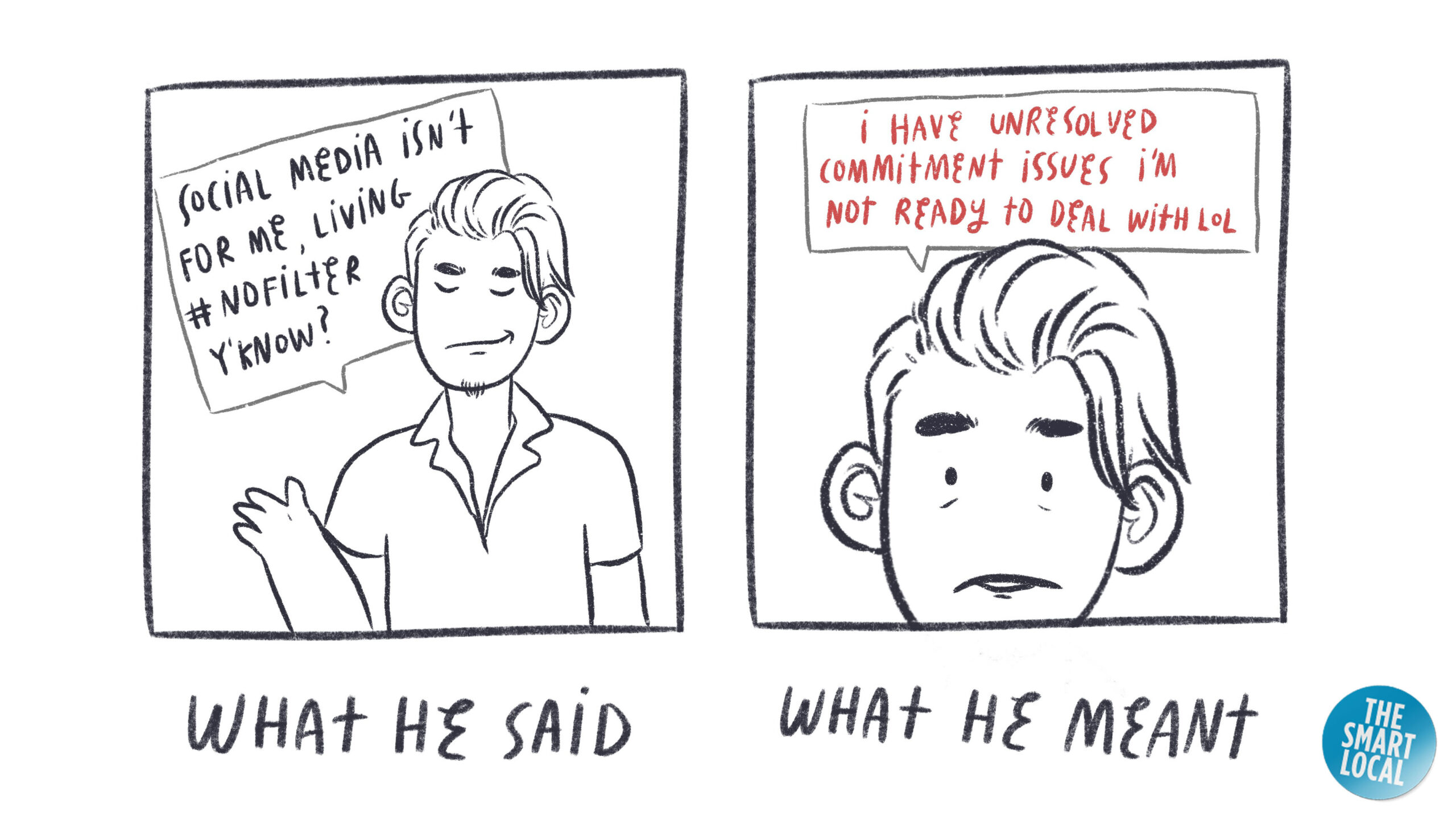 “Don’t you think it’s weird he doesn’t have social media? Something is up.”

Wise words from my friend indeed. As girls, we’re experts at excavating seemingly unavailable information. I later found out A was married, hence the “low profile”. Perhaps he had sensed I was easy prey due to my insecurity of trying to date as a mum.

Ladies, if the person you’re dating acts as if he’s running a covert spy operation, abort the damn mission.

2. Avoiding conversations about your child 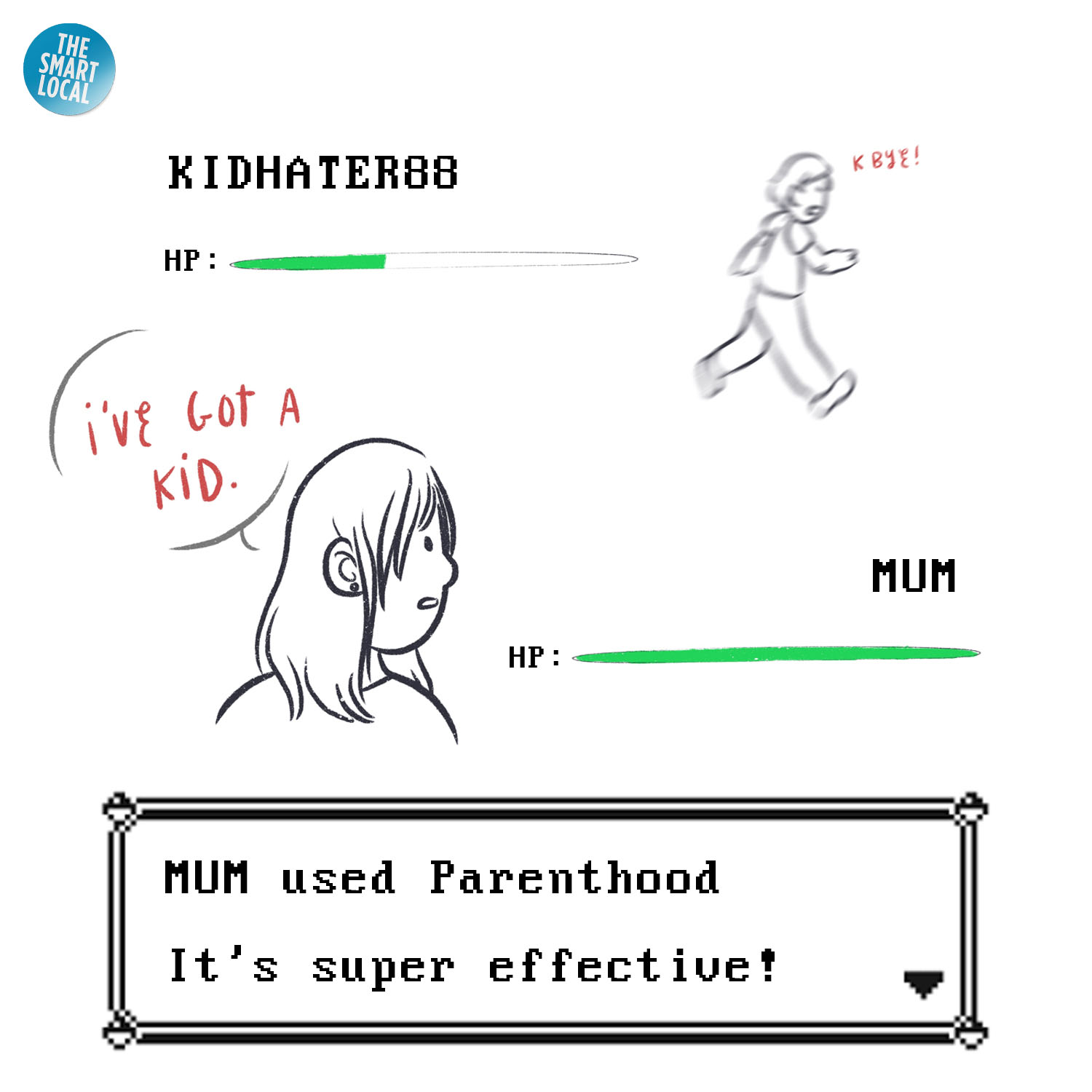 I had already made it clear that my son is my priority, so it was a little suspicious that B, a guy I had been seeing for a while, never mentioned my son.

B was fun. Being with him gave me the much-needed breather, a break from mum duties. Once again, I felt the nagging need to prove that my life didn’t just revolve around my little one, so I overcompensated by being absolutely blasé about B pretending my son didn’t exist.

“I’ve been thinking about you moving in with me.”

My heart skipped a beat. After I realised he couldn’t pretend any longer, I brought up my son. I received a text from B later that night saying “we should just go with the flow”, and I dropped him like a bad habit.

3. You only meet for sex 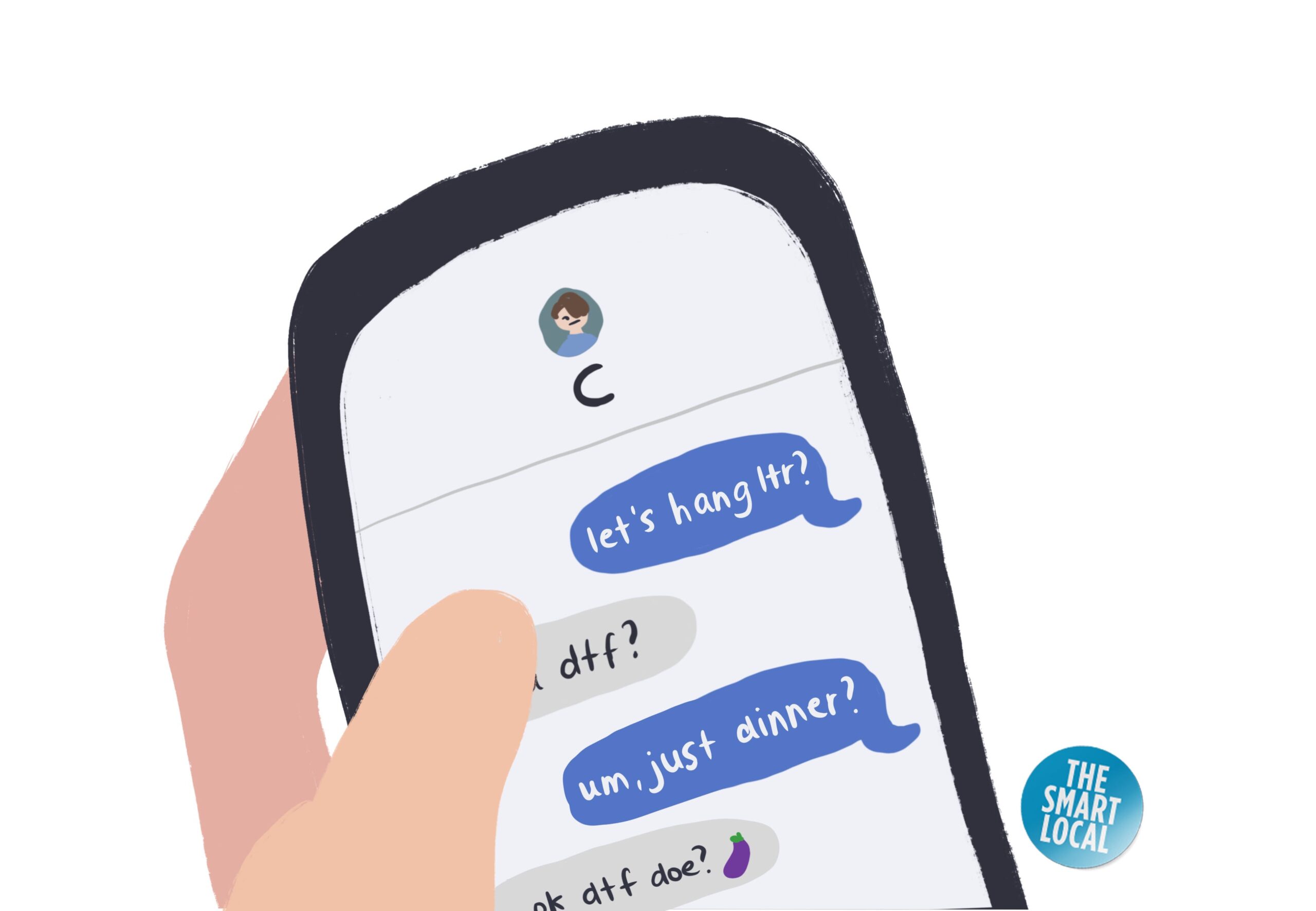 Any inexperienced dating novice could tell you this is red flag number one. Enter me, veteran girlfriend and black belt in red flag oblivion.

C was a successful lawyer. He was rich and respectful (or so I thought). He wined and dined me to the nines. He was always considerate of my busy working mum schedule.

Fast forward a couple of months, the good guy mask comes off, and apparently so did the clothes. Suddenly, romantic date nights became risque date nights, sans the romance.

My fairytale romance quickly became wham, bam, thank you ma’am. As much as the sexy time was enjoyable, I was confused. I guess being insecure really made me tolerate disrespect. I thought that if I had stuck it out, he’d finally realise how much he loves me.

In an ending no one saw coming (at least I didn’t), he looked me in the eye and said, “I thought you knew this was just about sex. You have a kid”. Alexa, play Heartbreak Hotel.

Through my not-so-good encounters, I realised that by vying for affection, I was actually falling out of love with myself.

For many nights after I would look at my son as he fell asleep. I mused at how his eyelashes curled up, how his lips would move ever so slightly while he was dreaming and how his dorky bowl-hairstyle remained in shape even when sleeping. All that I had ever needed was right in front of me.

I grew to love myself again. I embraced my flaws. I was ready to purge anyone incapable of loving my son and me right.

Despite the horror stories, there were many roses among the thorns. I’ve gone out with guys who were nothing short of wonderful. They were genuine in wanting something solid with my son and me.

Moral of the story? Regardless if you’re a single parent or not, always place yourself on a pedestal. Be discerning. Never settle for anything less than you deserve. It’s cliché but touché. 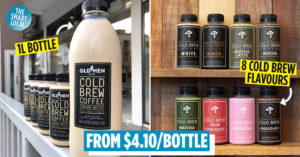 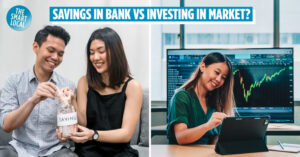