Growing up with a tiger parent

My mother was a tiger parent. In our home, she was the autocrat. Her rules were simple: it was her way or the highway, and there were no questions about that. From the early age of three, I learnt that if I whined or threw a fit like other children did at a toy store, I’d be sorely disciplined. And punishment came in the form of caning.

Punishment followed any bad behaviour, whether it was creating messes, watching too much TV, or scoring anything short of an A where grades were concerned. But while my mother wore the badge of a tiger parent, I knew her high expectations and no-nonsense demeanour came from a place of love. She’d usually sit us down an hour after caning us to explain her actions and tell us that she wanted the best for us.

My brothers and I emerged from that tough love with good moral compasses. Moreover, her form of discipline became so ingrained in me that even before I had children of my own, I proudly told my friends that I’d use the rotan (cane) too.

Resorting to negative reinforcement as a parent myself 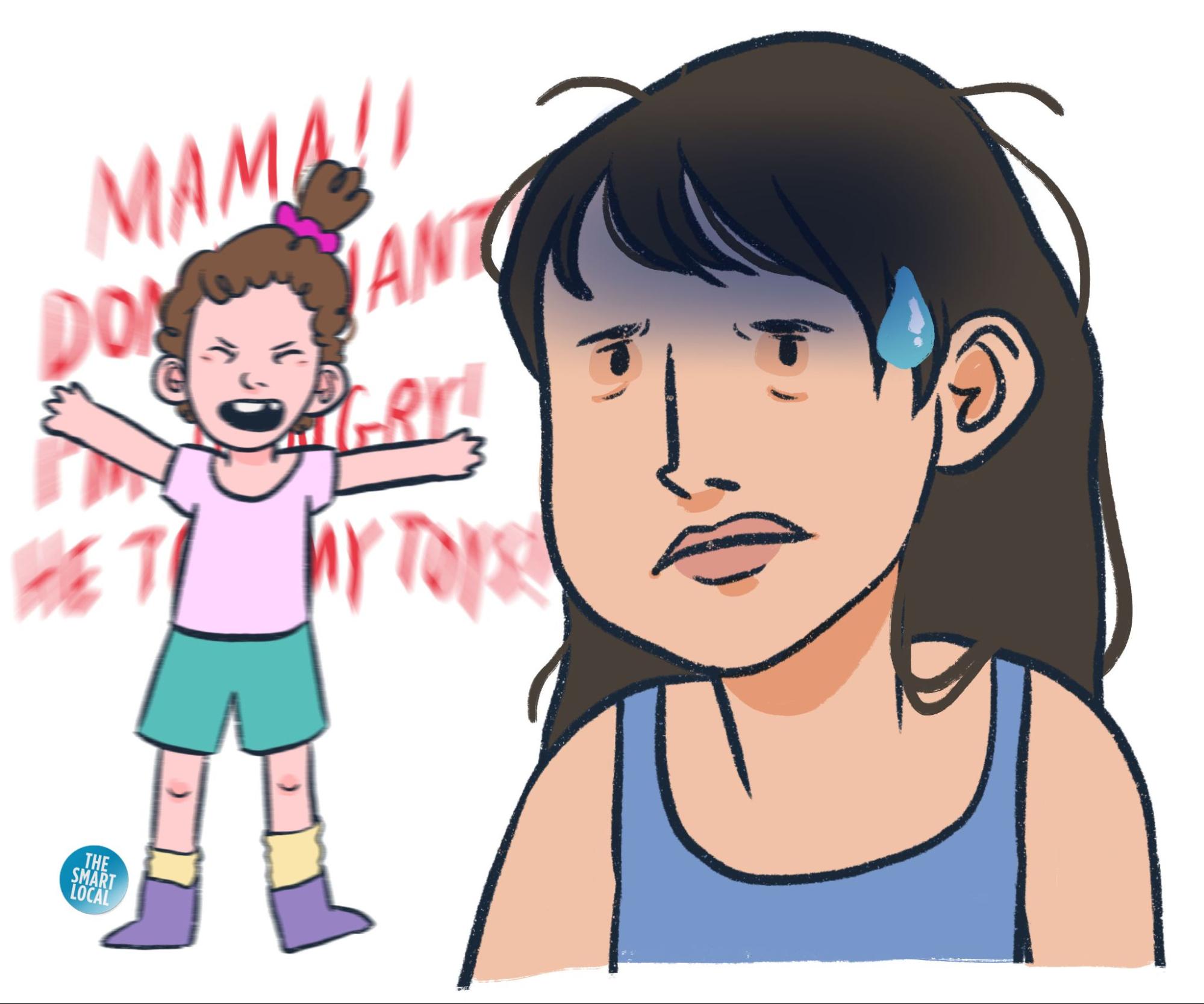 It wasn’t until my daughter’s second birthday that I found myself struggling with discipline. I’d read a tonne of content on how to deal with the terrible twos, the threenagers, and the bleeping fours; but actually coming face to face with temper tantrums was a whole different ball game.

In a blink of an eye, everything my toddler used to do with a smile on her face became her worst nightmare. Even things as simple as taking a bath or leaving the house would result in a full-on meltdown complete with kicking, screaming and a lot of writhing on the floor.

I tried my best to channel my inner zen, but still found myself morphing into that tiger parent whenever my daughter screamed “I DON’T WANT” and “NOOOOO”.

I tried cajoling, asking politely, negotiating – nothing seemed to work. So I gave into my frustrations and resorted to threatening and spanking. I felt as if I’d been backed into a corner where only ultimatums and fear worked to get my toddler to listen to basic instructions.

Yet after every explosive outburst, I found myself riddled with guilt. While the punishment worked to build obedience, I hated the tiger mother I was becoming.

Afraid of the consequences of tiger parenting

I was bogged down with work with a 1-year-old in tow. Physical exhaustion taking care of two kids was one thing, but mental exhaustion really pushed me to my limits. I needed a solution to my toddler drama, and I needed one stat.

At the core of it all, I was well aware of the socio-emotional side effects that came with the tiger parenting method – anxiety, self-esteem issues, the strain put on our relationship during the growing-up years, and perhaps worst of all, depression and aggressive tendencies as an adult. I didn’t want those consequences for my children.

When I was offered the chance to read the early release of a parenting book titled Respectful Parenting published by EtonHouse Community Fund, needless to say, I dove right in.

Respectful parenting – Trying it for 1 week 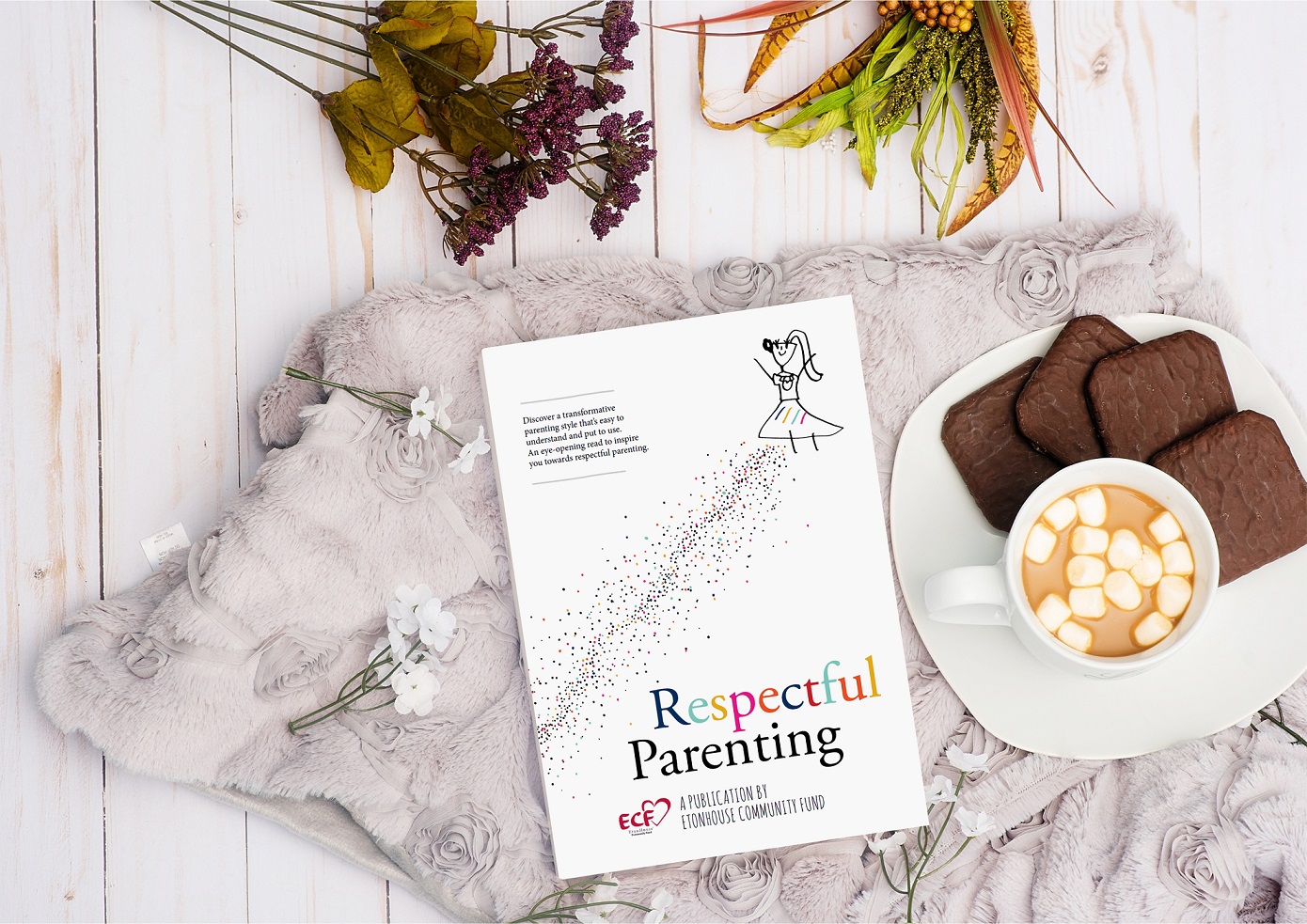 At 100-pages-long, the book also incorporates strategies and real-life examples for hopeless parents such as myself to navigate the turbulent waters of toddler-hood.

In a nutshell, Respectful Parenting was about:

Picky eating, refusing naps, general defiance, unsolicited tantrums – all those fit on my toddler’s resume, and so my week-long experiment with respectful parenting began. 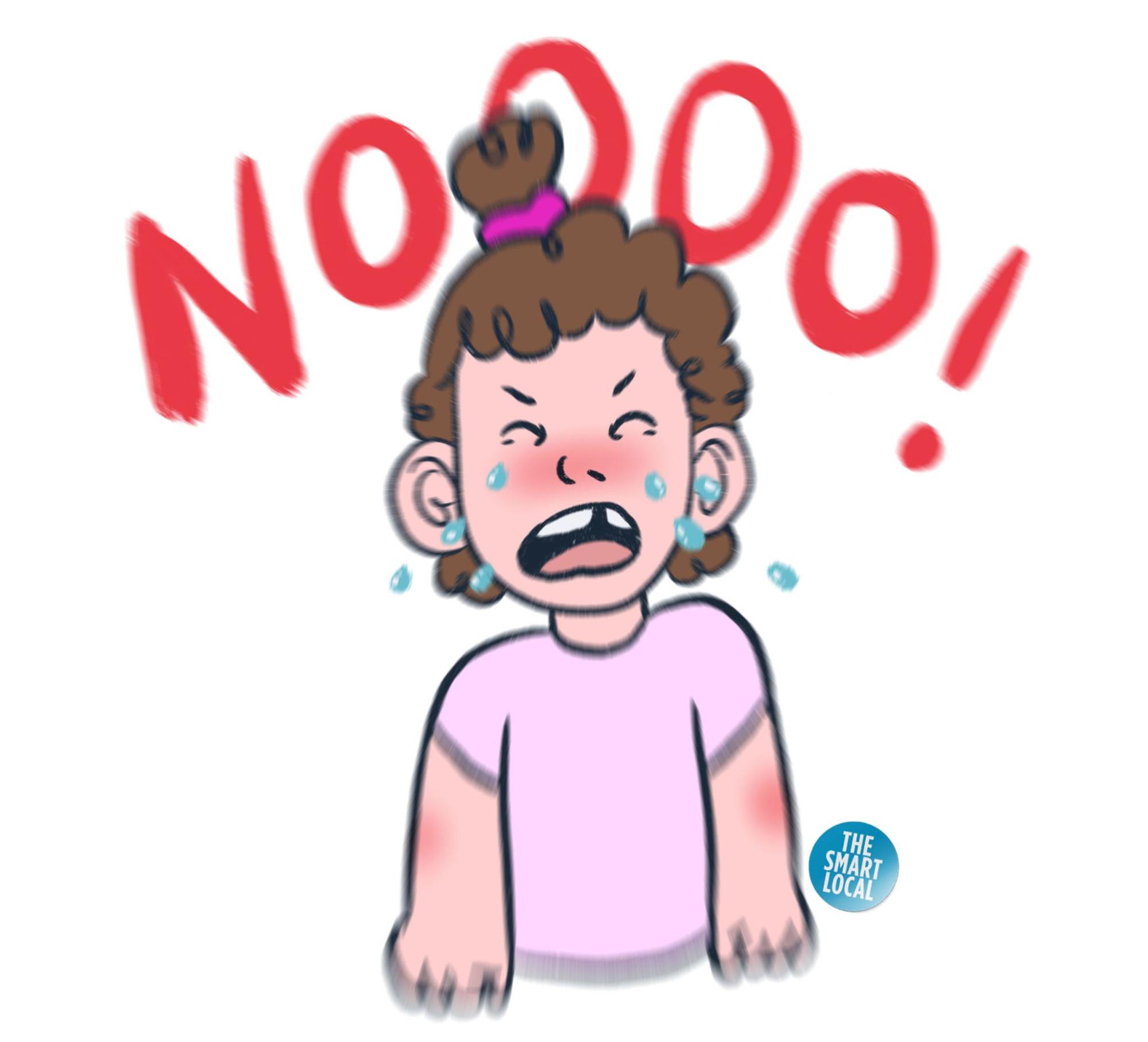 Every time my 3-year-old daughter did what I considered to be “a bad thing”, the knee-jerk reaction from me was to get an apology out of her. Depending on the severity of the situation, I yelled. After all, that was the treatment I’d gotten as a child.

My first go at respectful parenting came when she shoved her baby brother to the ground after he destroyed the magnatile tower she’d built. I felt frustration and some anger well up inside me, but keeping calm was key here.

I’d yelled at her countless times for getting physical with her brother, but all that reprimanding didn’t work to lessen the frequency of the act. The book called for parents to respect temper tantrums, citing “lack of acknowledgement” and “their needs not being heard and validated” as the root cause.

She’d usually glare at me angrily with crossed arms before kicking and screaming, but this time round she said, “He broke my beautiful castle. I don’t like it when he comes here.” Hearing her say that this time helped me look at the situation from her perspective.

For a 3-year-old, putting together the castle must’ve brought her immense pride and joy. I pictured myself in a situation of similar magnitude by imagining accidentally deleting a few weeks’ worth of work. It did leave a bitter taste in my mouth.

It didn’t help that on top of disregarding her feelings, I’d usually tell her that her behaviour was bad and then give my son more attention. This time, I uttered “I’m so sorry he did that, let’s build it again. I’ll help you.”

Which, to my surprise, elicited a positive response – “Okay, let’s rebuild it. You can help me.” – and no further drama. There was no “sorry” to close the case, but it did open my eyes to the problem of forcing her to apologise.

Not only were my previous methods teaching her that it was okay to do bad things if one says sorry, but it didn’t help her empathise with others or feel actual remorse for her actions.

Overcoming her refusal of naps and bedtime 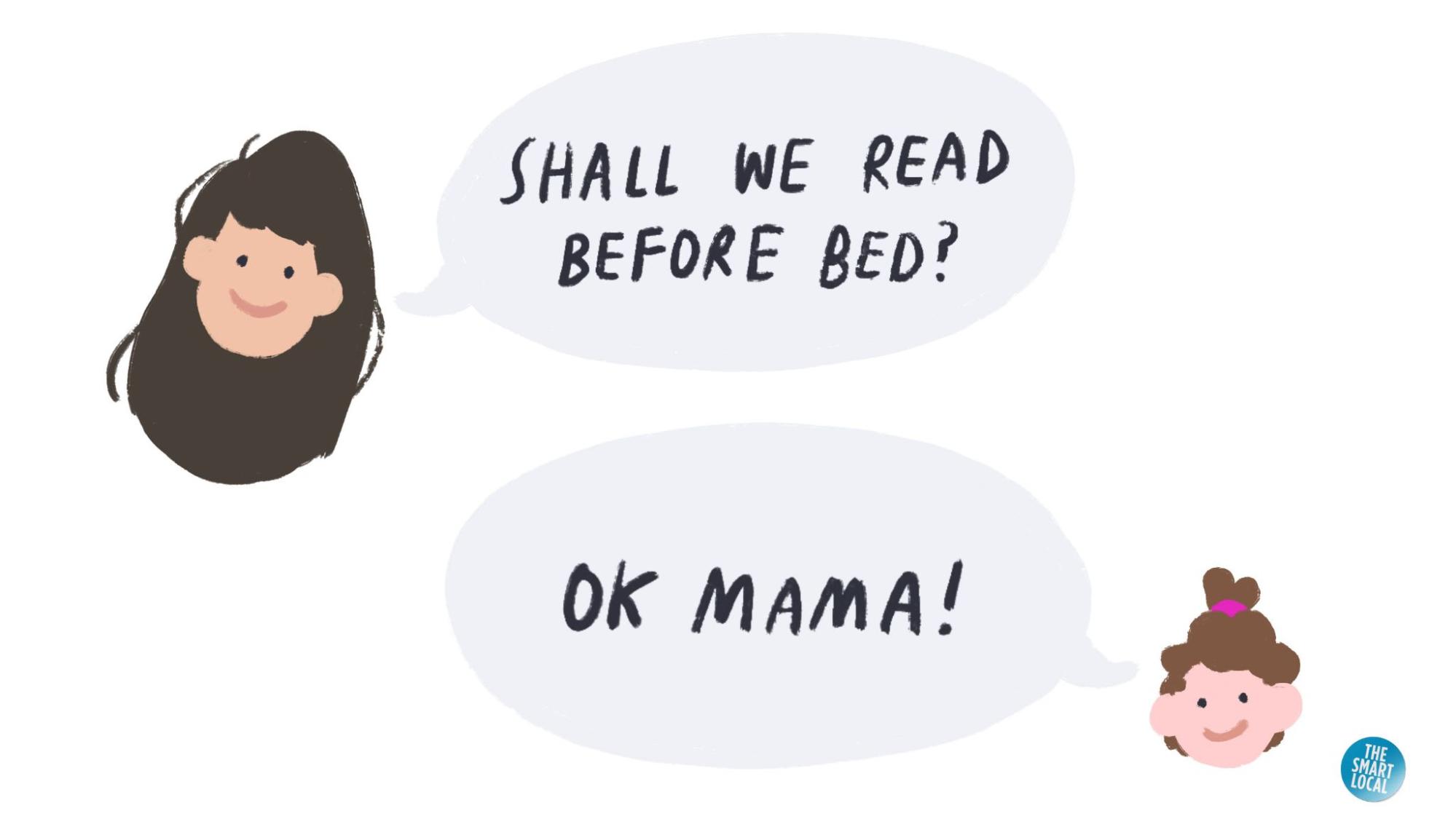 Naps have long been a cause of stress for me because I can never be sure if I will successfully get my toddler to take her nap. I did have a routine in place: outdoor play in the mornings, lunch and indoor play at noon, showertime, then a nap between 1-3pm. But every time naptime rolled around, she would do everything but rest.

The same pattern ensued at bedtime. It was as though “It’s time to sleep” was a trigger word for a total meltdown. So I heeded the book’s advice: carve out quality time before naps and bedtime.

The book assumed that children acted out before sleeping because they craved quality time with their parents. I was to implement a bedtime routine that would ensure my daughter got my undivided attention for a set period of time to help fill her parental love cup before heading off to dreamland.

The new routine meant that past 7.30PM, work took a backseat. We’d have a shower, brush her teeth, drink a glass of milk, read two to three storybooks of her choice, then head into the room to lie down. Surprisingly enough, this trick worked like a charm almost immediately. There was no more whining, crying or hiding under furniture. It did take her another 15-20 minutes to drift off to sleep, but she no longer disliked the idea of sleeping. Win!

Getting her to eat her meals 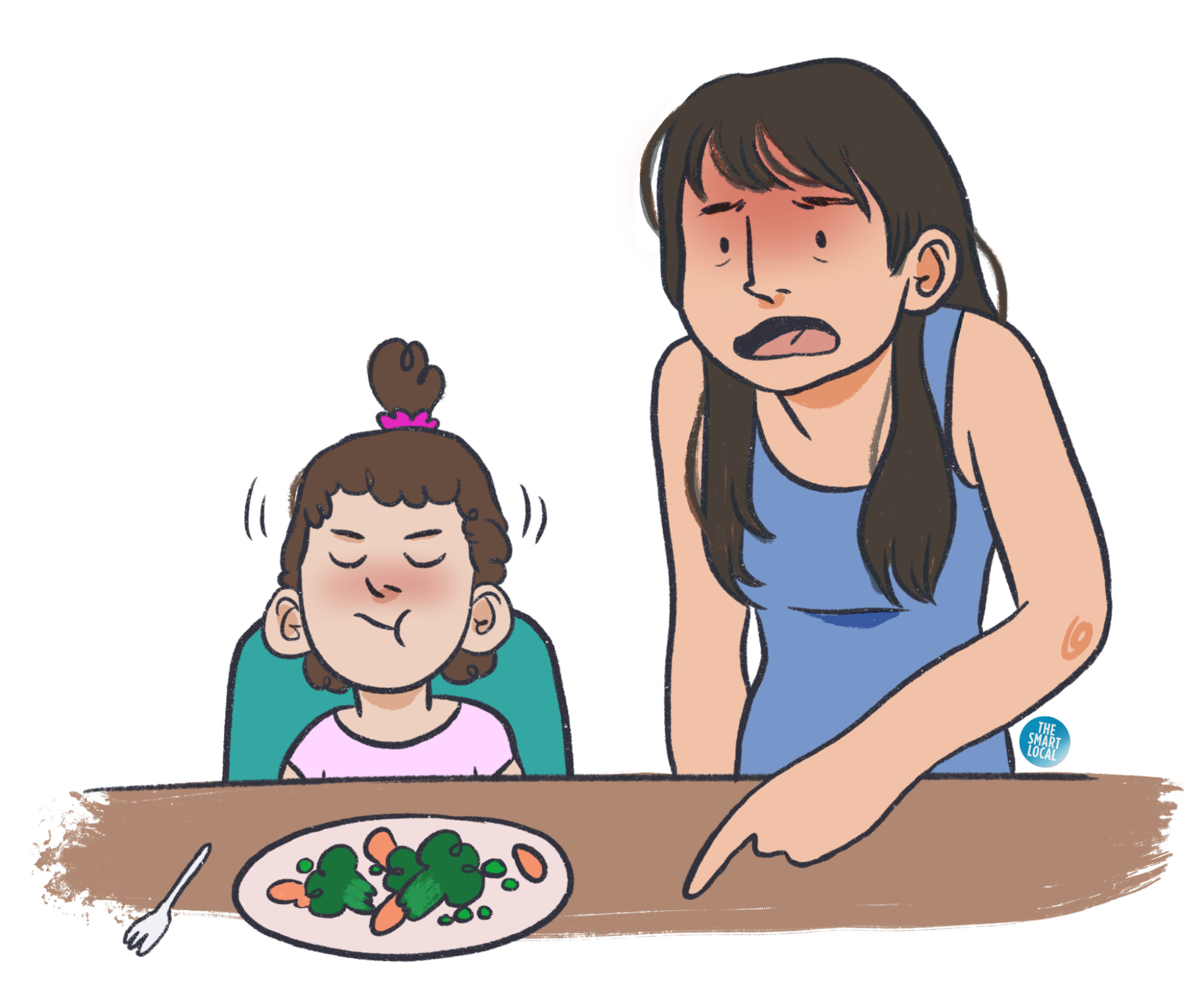 It was sometime around my daughter’s third birthday that she started to reject her meals. Almost overnight, the vegetables she loved eating, she hated with newfound passion. No matter what we’d put on the table, unless it was a plate of fruits or a snack, she’d look at it with disgust. We’d bribe her with cartoons to take her mind off the food, but getting her to swallow was the next hurdle.

With not much to lose, I tried the respectful parenting direction of respecting your child’s choices. This meant that if she wasn’t in the mood for broccoli, I’d respect that and cook it again some other time. If she takes two bites and taps out of mealtime, I should celebrate her managing two bites instead of criticising her for not finishing her food.

I had to also negotiate a set amount of time for each meal and stick to it. So we both agreed that meals shouldn’t take longer than 30 minutes.

The hardest part about implementing respectful parenting here was relinquishing the control I had over every aspect of her infant life. She was growing into her own person, and I needed to respect the habits and quirks she adopted along the way.

At the beginning of trial week, she would barely touch the lunches and dinners I set in front of her claiming she was full. And there was nothing I could do about the situation but accept that she was.

But over the course of the next few days, I slowly found the helicopter parent in me letting go. Some meals were a win and others not so, but there were definite improvements. While it still is a work in progress, we did manage to trade tablet time during meals for conversation – a good habit recommended by the book.

Respectful parenting: Did it work for me? 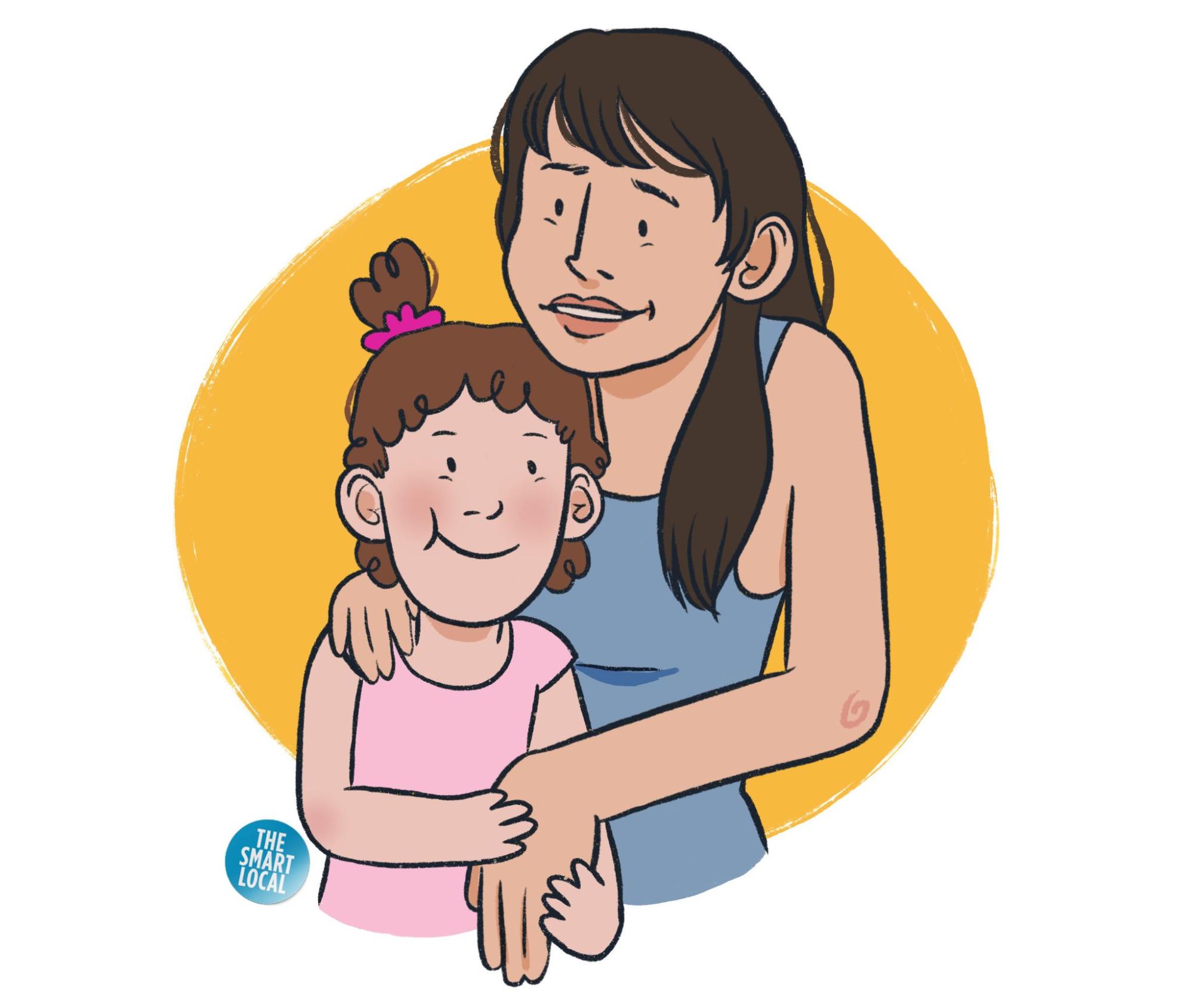 Although it’s only been a week since I’ve started applying the rules of respectful parenting in my life, I’m realising that communicating with my toddler isn’t as much of a struggle as it used to be. Sure there were still meltdowns in that week, but I had better means to defuse that ticking time bomb now.

As with all parenting approaches, consistency is the key to effect long-term, positive change. But it was heartening to be able to see positive changes in my toddler’s behaviour in a matter of days, just by putting into effect some of the book’s teachings.

It helped me take a step back to analyse the root cause of her emotions, and respect her feelings in all situations. I also discovered that the shortage of attention she’d been receiving as a result of welcoming a new sibling was also a factor that attributed to her frequent tantrums.

It’ll definitely take more time to completely rid myself of that sleeping tiger mom inside me, but it’s safe to say that respecting my child’s decisions as an individual has helped me understand that my toddler doesn’t have to be perfect, and that’s okay. She has her own unique set of quirks, and I shouldn’t force my mindset or method of doing things on her the way my mother did me.

Nipping those explosive episodes in the bud has made life a lot less stressful for both mother and child.

It doesn’t take experience for one to know that parenthood comes with its share of trials and tribulations. And if you’re struggling to deal with all the crazy that comes with the toddler years, you might want to add Respectful Parenting, a new book put together by early childhood expert Dr Tina Stephenson-Chin and the EtonHouse Community Fund (ECF) to your reading list.

Not only did I appreciate that this book was written with Asian parenting styles in mind, I found the personal reflections after each chapter to be extremely relatable. Proof that with continued efforts, respectful parenting can remove the need for negative reinforcement altogether.

Whether you’re having a hard time getting your child to stick to a bedtime routine or getting your child to listen and obey, Respectful Parenting is a good starting point for any parent looking to rejig their parenting approach and build a better relationship with their children for the long haul.

As the book is published by ECF (Facebook | Instagram), an independent IPC charity, all proceeds from the book go to charity to help vulnerable children in Singapore. You’ll also be able to shave off 25% of the cost price with the following code “TSL25” when you preorder it at the link below.

This post was brought to you by EtonHouse Community Fund (ECF). 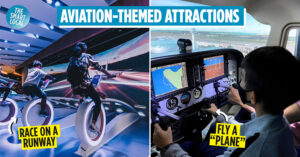 Jewel Now Offers A Flight Simulator Experience & Changi Experience Studio Bundle If You Miss Flying
Bukit Chandu: Trails Near Kent Ridge Park With A Hidden WWII History For You To... 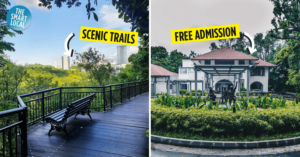