Breakups and heartache are universally dreaded, and notoriously painful to overcome. It might not be what you want to hear when you’re bawling your eyes out, but look hard enough and you’re almost guaranteed to find a silver lining. These love lessons through failed relationships are testament to that, and hopefully will help the aching in your chest fade a little.

They say music is one of the best forms of post-breakup catharsis. Billie Eilish’s new album, Happier Than Ever, certainly seems to have addictive hits in relation to every bittersweet chapter in your journey to recovery. We’ve listed some songs tied in with each love lesson, so you can press play and let the saccharine vocals comfort your grieving heart.

Note: Some names have been changed to preserve anonymity. Images for illustration only.

1. Don’t justify red flags, and listen to your loved ones’ concerns 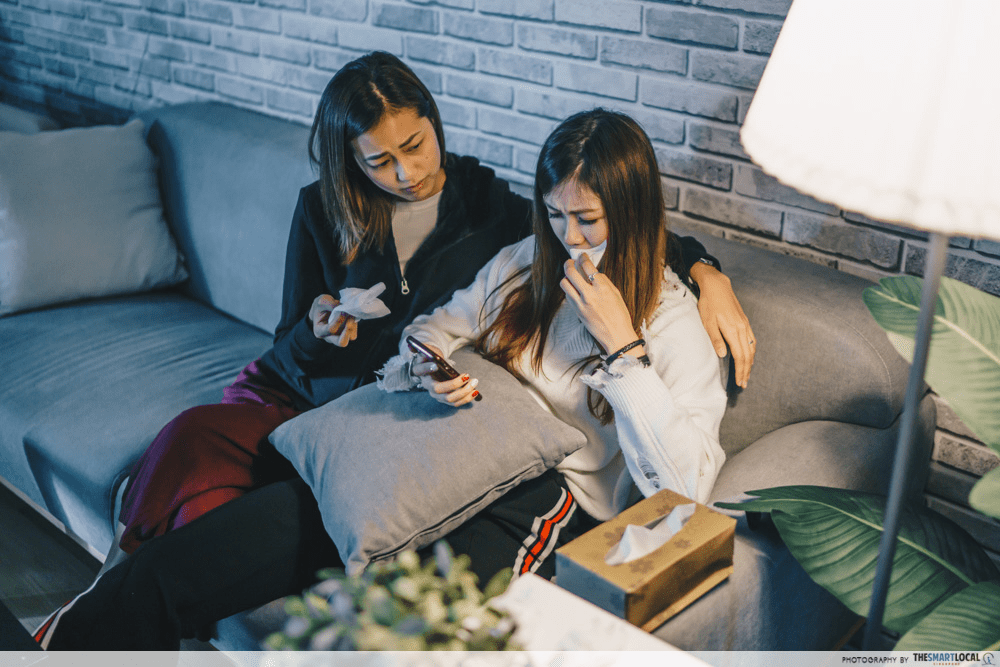 There’s a famous quote from the animated series, Bojack Horseman, that goes: “When you look at someone through rose-coloured glasses, all the red flags just look like flags.”

True enough, it’s easy to tell your bestie to ditch a partner that’s obviously bad news for him or her. But when you’re the person stuck in a bad romantic situation, it suddenly becomes a lot more difficult to identify red flags for what they are.

If you find yourself concealing info about your SO from your friends and family because you know it’ll cause them to view him or her in a bad light, you more or less have your answer.

This was the case for Alicia, who used to confide in her sister and clique of friends about boyfriend woes when she was still with her abusive ex.

After a while, she felt embarrassed by her and her partner’s repeated breaking up and making up, and knew that she would be “disappointing” her loved ones by going back to him and his bad habits.

This led to her keeping mum about major fights and otherwise deal-breaking behaviour. She also found herself constantly making excuses for him when people questioned why they were still together.

Billie Eilish song to check out: Your Power 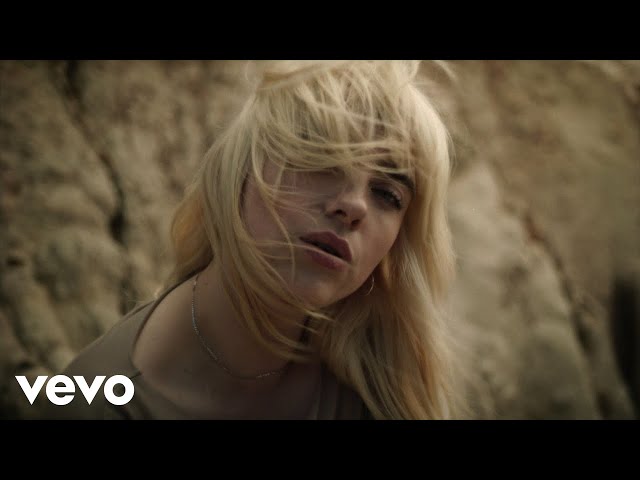 Debuting in the Billboard Hot 100’s Top 10, this soothing tune tells a painfully confessionary tale of enduring an abusive relationship. Lyrics like “She said you were a hero / You played the part / But you ruined her in a year / Don’t act like it was hard” remind us how easy it is to be blinded by love, to the point where we can’t detect the changes unfolding before our very eyes.

Oftentimes, abusive relationships reach the point of ruin because personalities and behaviour take a turn for the worst. Even with loved ones around you pleading for you to come to your senses, it can be difficult to shift your perspective of someone who was once your hero.

2. Don’t rush into a relationship expecting it to fill a void 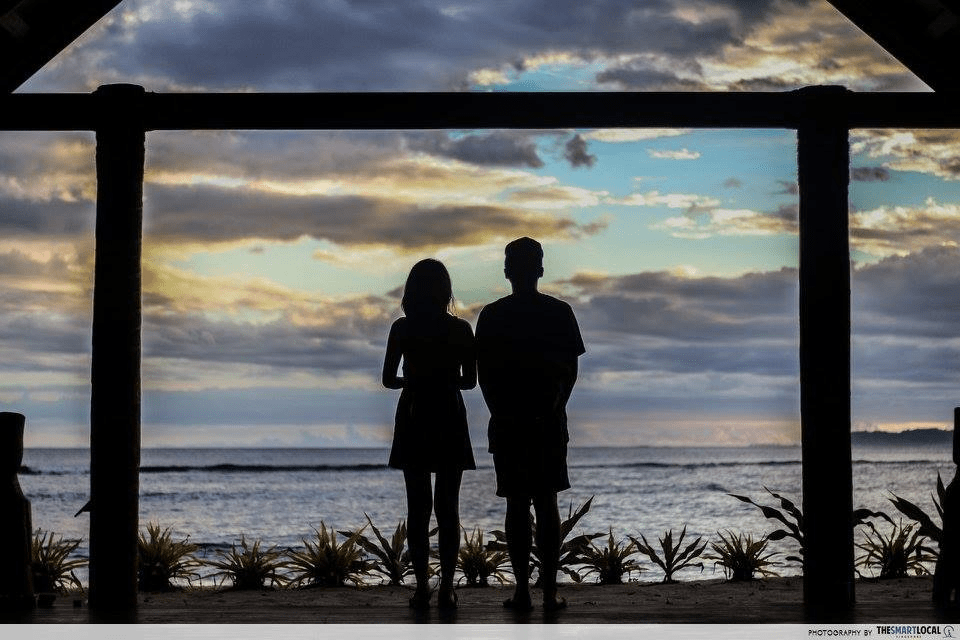 They say an ideal, healthy relationship should comprise of two happy and fulfilled individuals who already have their own things going for them. If you’re miserable, desperately seeking someone to call your other half is hardly going to change things.

This applies for both evergreen folks who are yearning to experience love and relationships for the first time, as well as people who are fresh out of a breakup and looking to hop into the arms of a new lover.

As cliche as it sounds, you really do need to learn to love yourself before someone else can love you.

Just ask Yi Xiang, who was a serial girl-chaser throughout his tertiary education years because he wanted so badly to experience his first romance.

When asked to reflect on that period of his life, he shares that he “would have been much happier just going with the flow” instead of trying to force sparks out of pretty much every new female acquaintance he came across.

Billie Eilish song to check out: my future 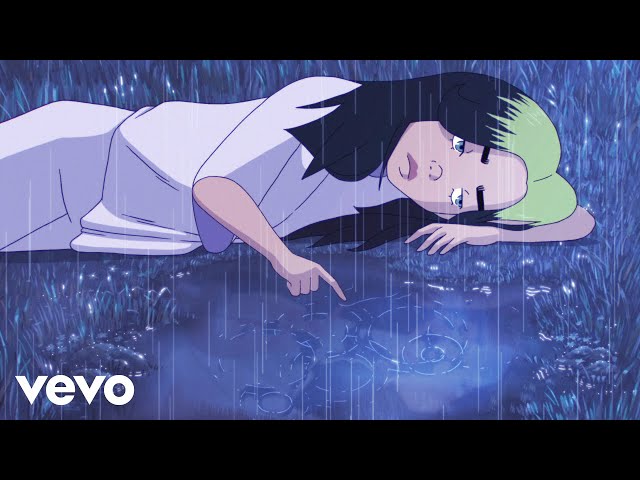 The lullabye-esque tune starts off melancholic, before a thumping beat kicks in and transforms it into a groovy and uplifting song – illustrating the upward trajectory of getting over breakups.

The lyrics are heartening and full of hope. Singing of self-worth and falling in love with oneself before seeking a lover, Billie croons “I’m in love with my future / Can’t wait to meet her / And I’m in love / But not with anybody else / Just wanna get to know myself”.

3. It’s not always realistic to remain friends after a breakup 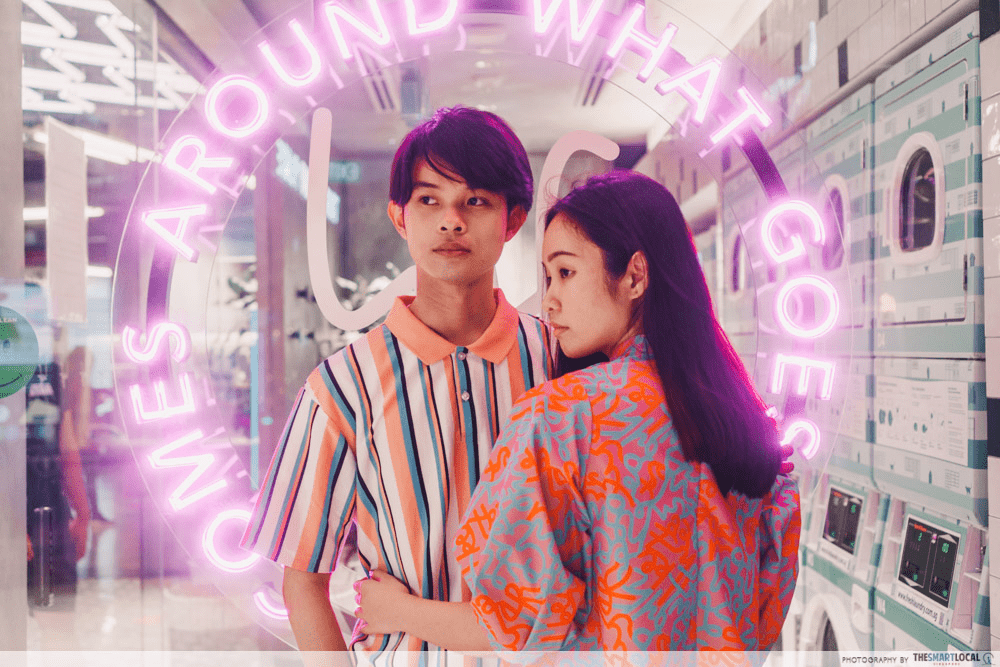 It’s a line you always hear in TV and movies when two lovers have to part ways: “Let’s stay friends”. In reality, things can get real messy, real fast. Especially if there are still feelings involved, or if you add physical relations into the mix.

It takes a world of self-control not to jump right back into what’s familiar, which will in turn cause a rollercoaster of heartache. Although it’ll be more painful and trying at the start, opting for a clean break allows each party to heal on their own.

Plus, things can get incredibly complicated when you try to establish your next romance with someone new, if there is still unfinished business between you and a former lover. Or, if you try to preserve a connection while secretly wishing that the spark rekindles.

This was the case with Syaz, who proposed a friendship with her ex because she felt it would be a waste to let go of all they had in common. They continued hanging out and going on “friend dates”, which comprised everything they used to do as a couple, except for the physical stuff.

Nevertheless, she held onto hope that all these fun memories would make her ex fall back in love with her and ask to get back together. Never did she expect that this whole time, her ex was actively swiping on dating apps and even going on a handful of meetups with new girls.

This exploded into a fight between the two, where her ex maintained that he had every right to explore since he is now a single man. Deep in her heart, Syaz knew this was the truth – but found it hard to accept the fact that she had been fantasising about a different endgame altogether.

Billie Eilish songs to check out: I Didn’t Change My Number and Male Fantasy 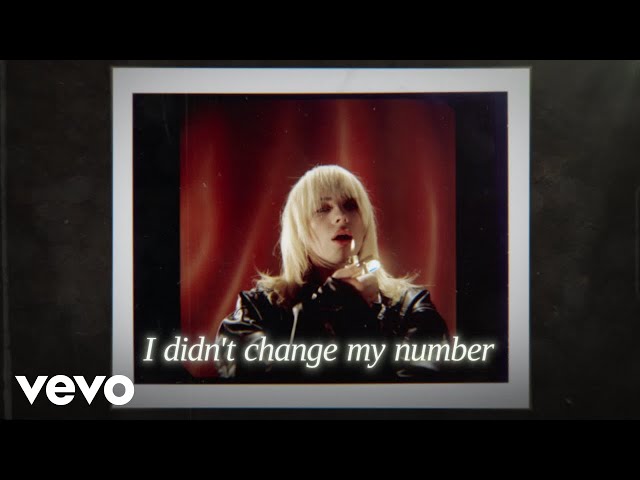 When it comes to breakup advice, “time heals all wounds” is oft-quoted. Distance also does well to fast-track your recovery, which is why your friends are likely to tell you to block or at least mute your ex on every platform imaginable. 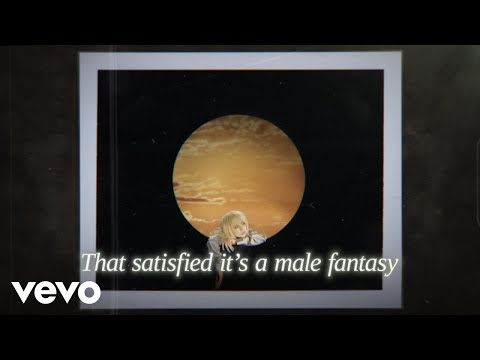 Meanwhile, Male Fantasy talks about dealing with heartbreak and realising that sometimes, you just can’t bring yourself to hate that person even if you should. Early in the song, Billie sings “If I’m getting over you / Or just pretending to / Be alright, convince myself I hate you”.

Later on, it becomes “Can’t get over you / No matter what I do / I know I should, but I could never hate you”. It’s a bittersweet reminder that somewhere between remaining BFFs with an ex-lover and cursing at their name, there is a delicate balance that could perhaps be achieved.

4. It’s much better to be single and happy, than be miserably attached to the wrong person 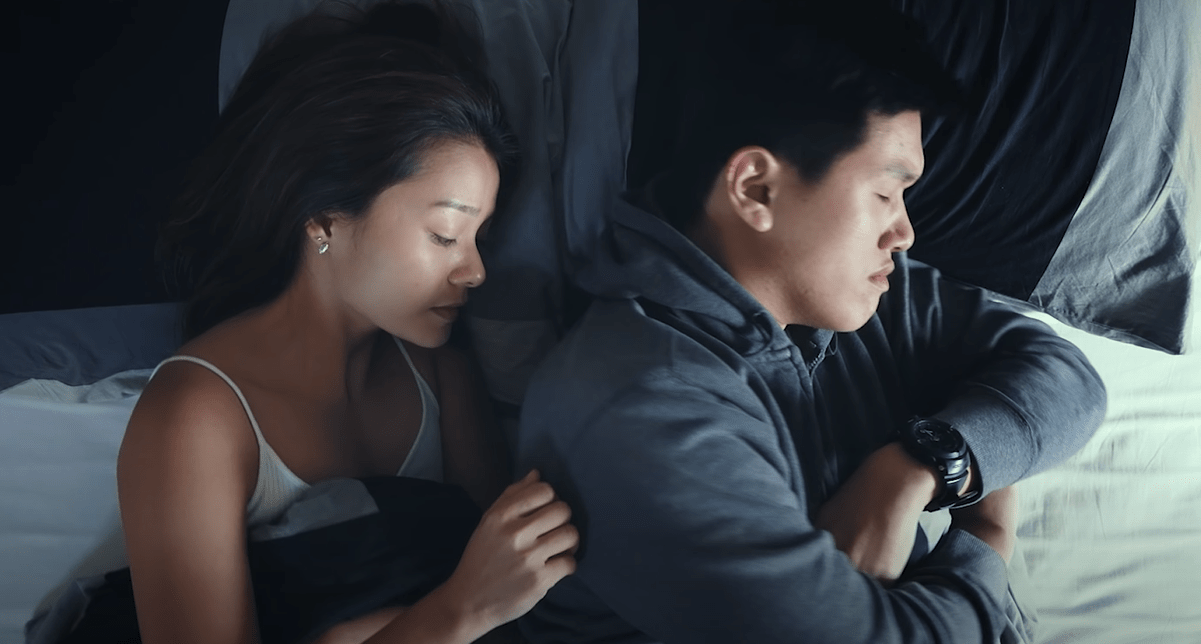 Most Singaporeans face some form of pressure to rush to get attached, be it family expectations or the time crunch to apply for a BTO. If you can’t picture spending the rest of your life with this person, or get constantly irked by their every move, it might be time to let go and embrace the single life.

Similarly, don’t stay tied down to a person who is adding more tears and misery to your life than joy, even if it’s for the sake of sunk cost and because you don’t wish to start over.

For Samuel, the last two years of his six-year-long relationship with his polytechnic sweetheart were close to pure torment. They were constantly bickering, and the moments of understanding and romance were fleeting and infrequent.

Whenever the thought of breaking up crossed his mind, factors like the years spent together and how close their respective families had already gotten weighed him down. Because this relationship was his first and only serious one in his whole life, the thought of having to join “the dating game” filled him with dread.

Be that as it may, he eventually bit the bullet and has now been single for close to a year – and happier than ever.

Billie Eilish songs to check out: Happier Than Ever 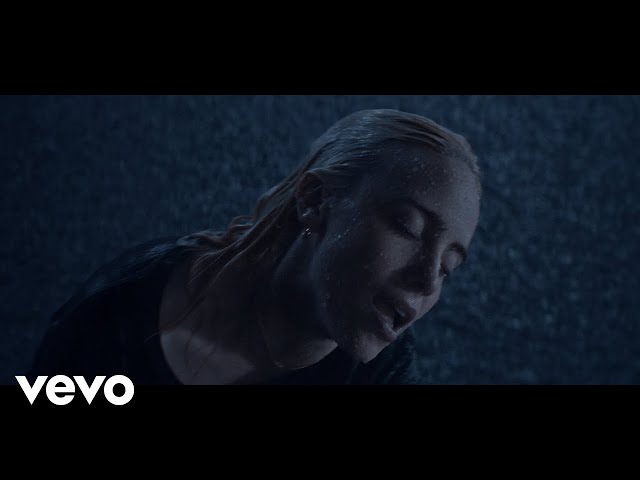 On the topic of being better off alone, the titular track of Billie’s latest album, Happier Than Ever, details her realisation that she’s actually happier when apart from the man who is supposed to be her lover. Verse by verse, she recalls the incidents where this ex-beau in question repeatedly let her down.

As you walk down memory lane and revisit all the times you stuck things through with your ex despite them screwing you over, this powerful song with thumping beats and rock influences will do nicely to help you channel all the rage and anguish from being wronged.

Lessons on life and love from the new Billie Eilish album

Whether you’re a diehard Billie Eilish stan or remember hearing and loving some of her hits on the radio, the new Happier Than Ever album is worth checking out for some hard-hitting lessons on love, and life itself.

This album features 16 tracks spanning from high-octane to ASMR-levels of soothing. The lyrics in every song hold some form of inspo for you to apply to your own life – even if you’re not necessarily a 19-year-old chart-topping songstress yourself.

It also offers a hyper-personal glimpse into the world of a mega celebrity who burst into the music scene at such a tender age. Pay close attention to the lyrics to hear how she navigates self-discovery, young love, and the trials and tribulations of superstardom. 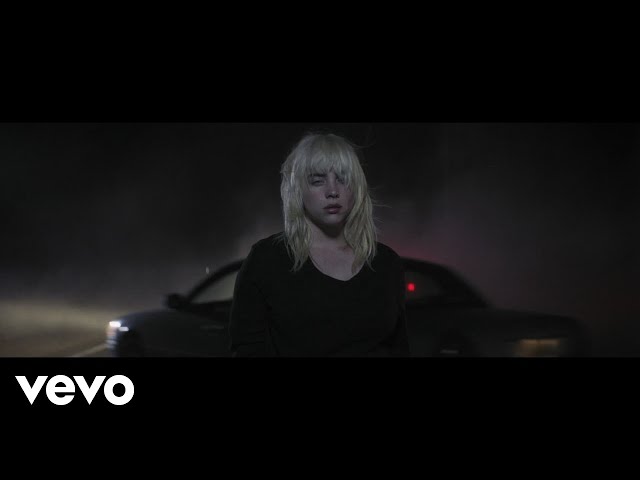 NDA, for example, is a fascinating account of the hurdles Billie has to overcome just to go on a date with a potential love interest. Lyrics like “30 Under 30 for another year / I can barely go outside, I think I hate it herе / Maybе I should think about a new career / Somewhere in Kaua’i where I can disappear” shed light on how fame may not be all that it’s cracked up to be.

With equal parts relatability for us everyday folk and curious peeks into life as one of this generation’s hottest names in music, Happier Than Ever is an album that serves as an autobiography, self-help guide and ultimate playlist fodder all at once.

Check out Billie Eilish’s new “Happier Than Ever” album here

This post was brought to you by Universal Music Singapore. 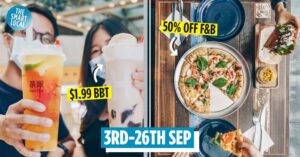 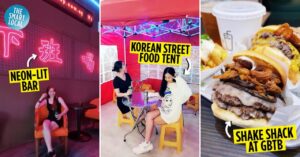