As you’re clearing your remaining AL, you’ll want to make the most of it. 12 hours on a plane becomes a less desirable option when you could have spent that time exploring attractions. In fact, there are equally mesmerising tourist destinations that are much closer to us than a 6-hour flight to Japan or South Korea.

We’ve searched high and low to find destinations that are a short flight from Singapore. Here are some nearby destinations worth visiting that are far from mainstream.

P.S. Prices for the flights listed are for round trips from 12th-19th December 2022, and are accurate at the time of writing.

1. Miri, Malaysia – Get in touch with nature 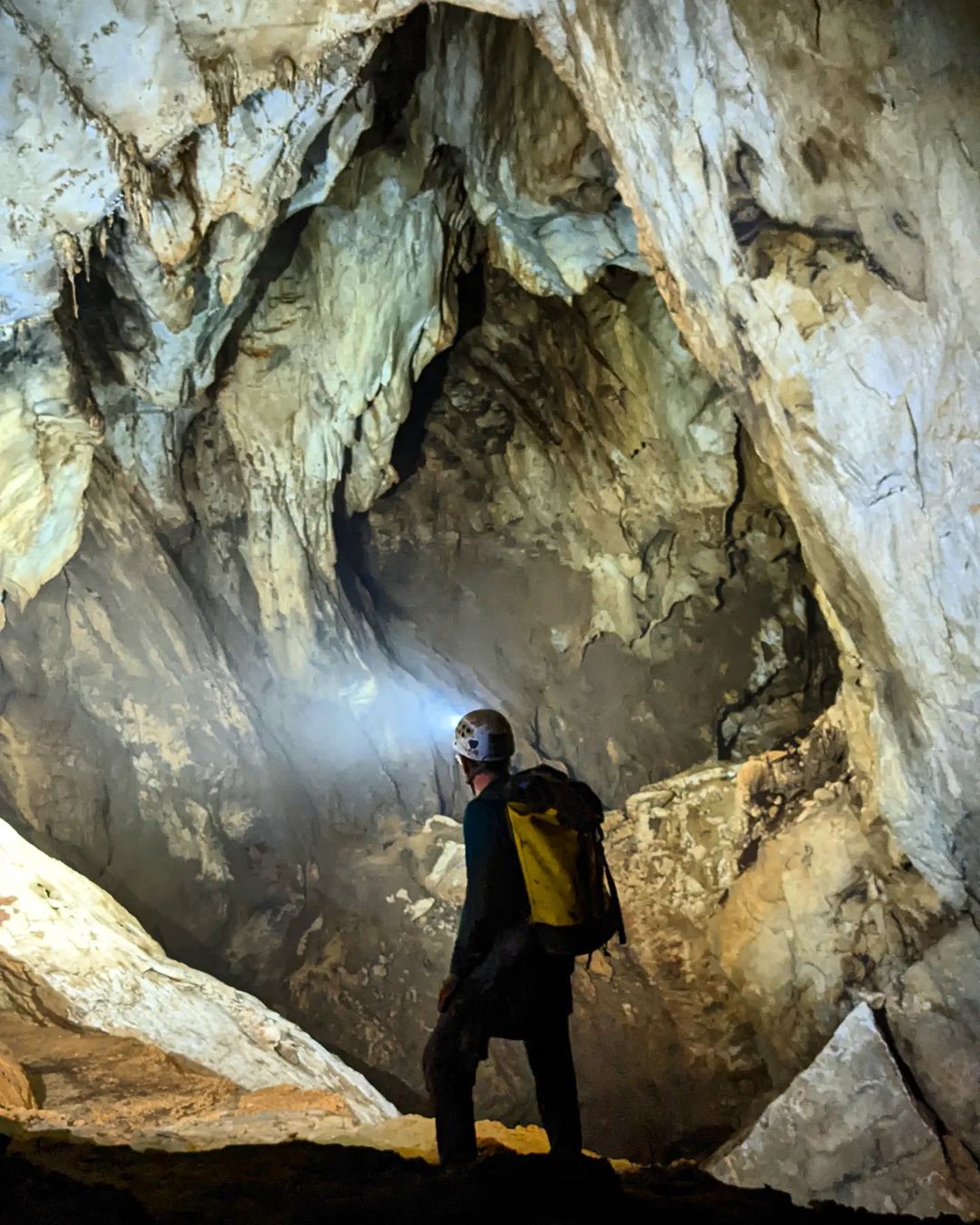 Just 2 hours away by plane, Miri is located in East Malaysia next to Brunei. It has 4 national parks for adventurers to explore: Gunung Mulu, Niah, Lambir Hills, and Loagan Bunut National Park.

Gunung Mulu National Park is a UNESCO world heritage site known for its karst formations and extensive variety of species from fungi to birds. It spans 52,864 hectares with 4 showcaves such as the Deer Cave and Lang Cave (MY$35/pax, ~S$11) where you can find a myriad of limestones. 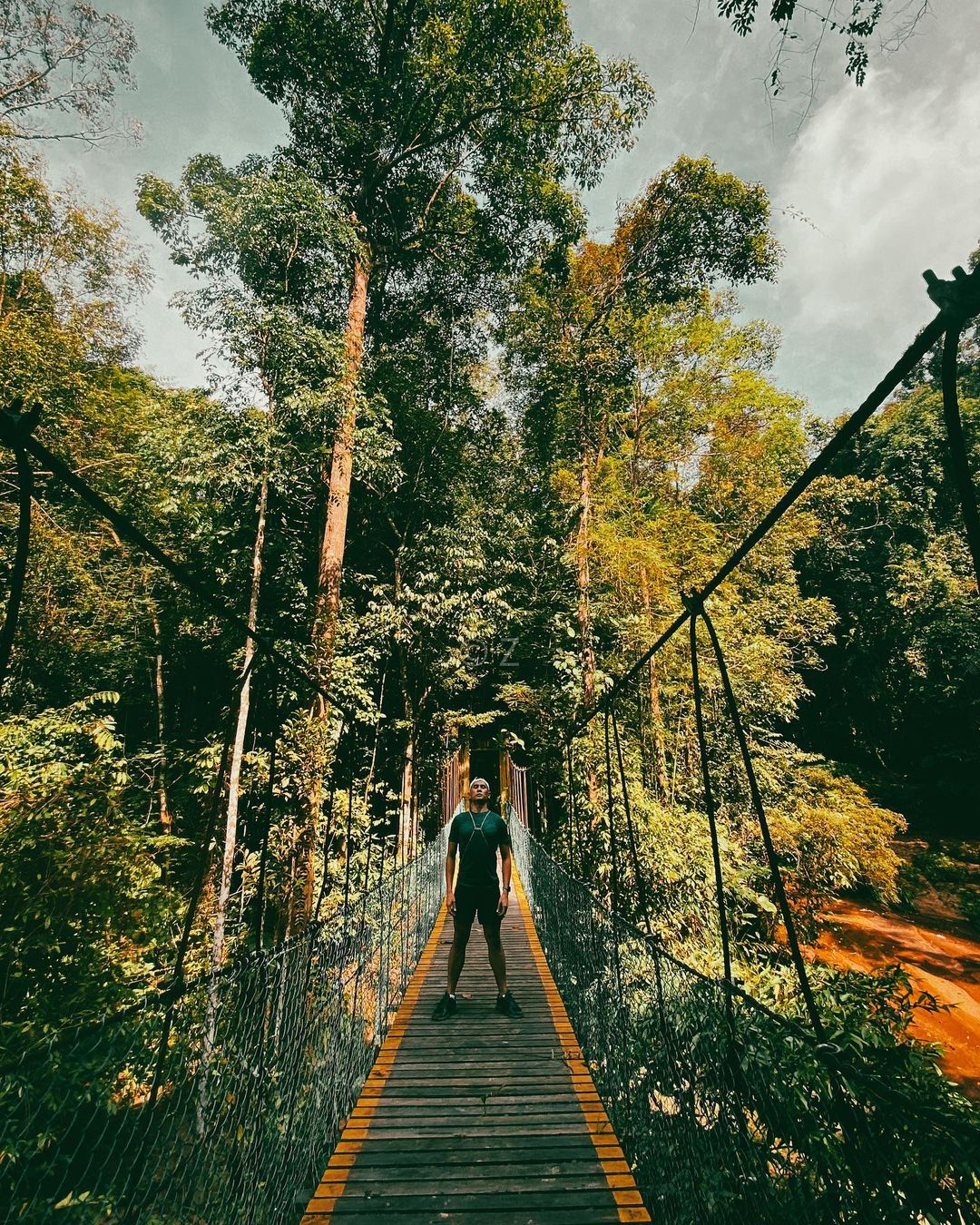 Niah National Park is known for its 40,000-year-old cave that’s home to bats. Though not that large at 3138 hectares, it’s filled with signs of early human life. In the Painted Cave, you’ll find rock paintings that are said to be about 1,200 years old. There is an entrance fee to the park of RM20/adult (~S$6) and RM7/child aged 7-18 (~S$2) for foreigners.

You can slow down on the Lambir trail and enjoy the view of waterfalls along the way. Before you can embark on your trek, there is a small entrance fee of RM10 (~SG$3) for adults and RM5 (~SG$1.50) for children.

Book a round trip flight from Singapore to Miri. 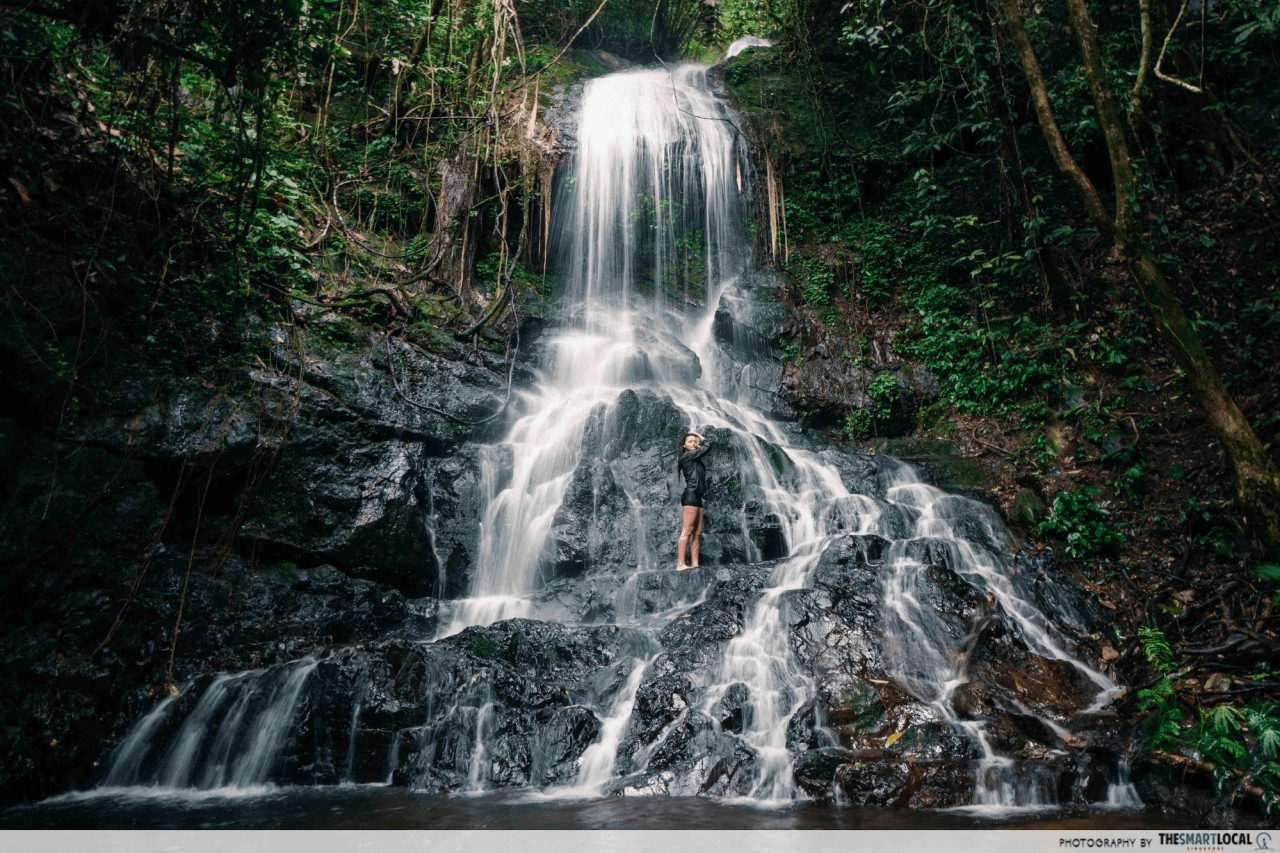 Sarasah Murai, one of the waterfalls located at Harau Valley.

If you’re the kind who doesn’t mind a climb for picturesque views of rushing waterfalls in lush greenery, you might want to check out Pekanbaru, Indonesia.

You can find multiple waterfalls at Harau Valley. One of which is Sarasah Aia Luluih, a family favourite. Take a dip in the rock pools and rent tyres to float on for IDR10,000 (~S$1). There are 2 other waterfalls next to this one – so be free to check them out too. 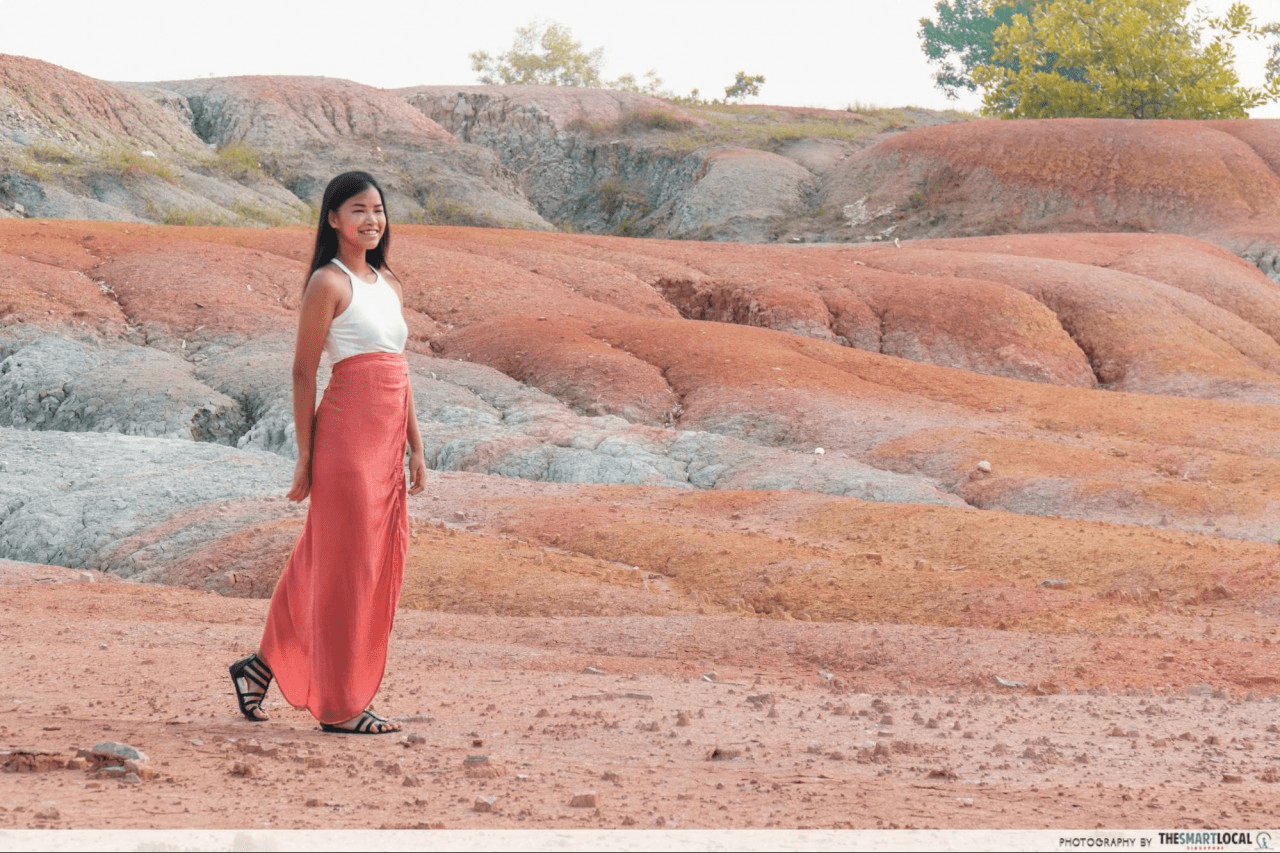 If you want a more leisurely trip, scout out the rainbow hills that are located close to roads so you can get there by car. Capture some Instagrammable photos with the coloured rocks and enjoy the unique scenery.

For the kids who may not be into trekking to waterfalls, you can get your own share of water play at Riau Fantasi (IDR50,000 ~S$4.40). Don’t be fooled by its low ticketing fee, there are tons of slides and a lazy river. 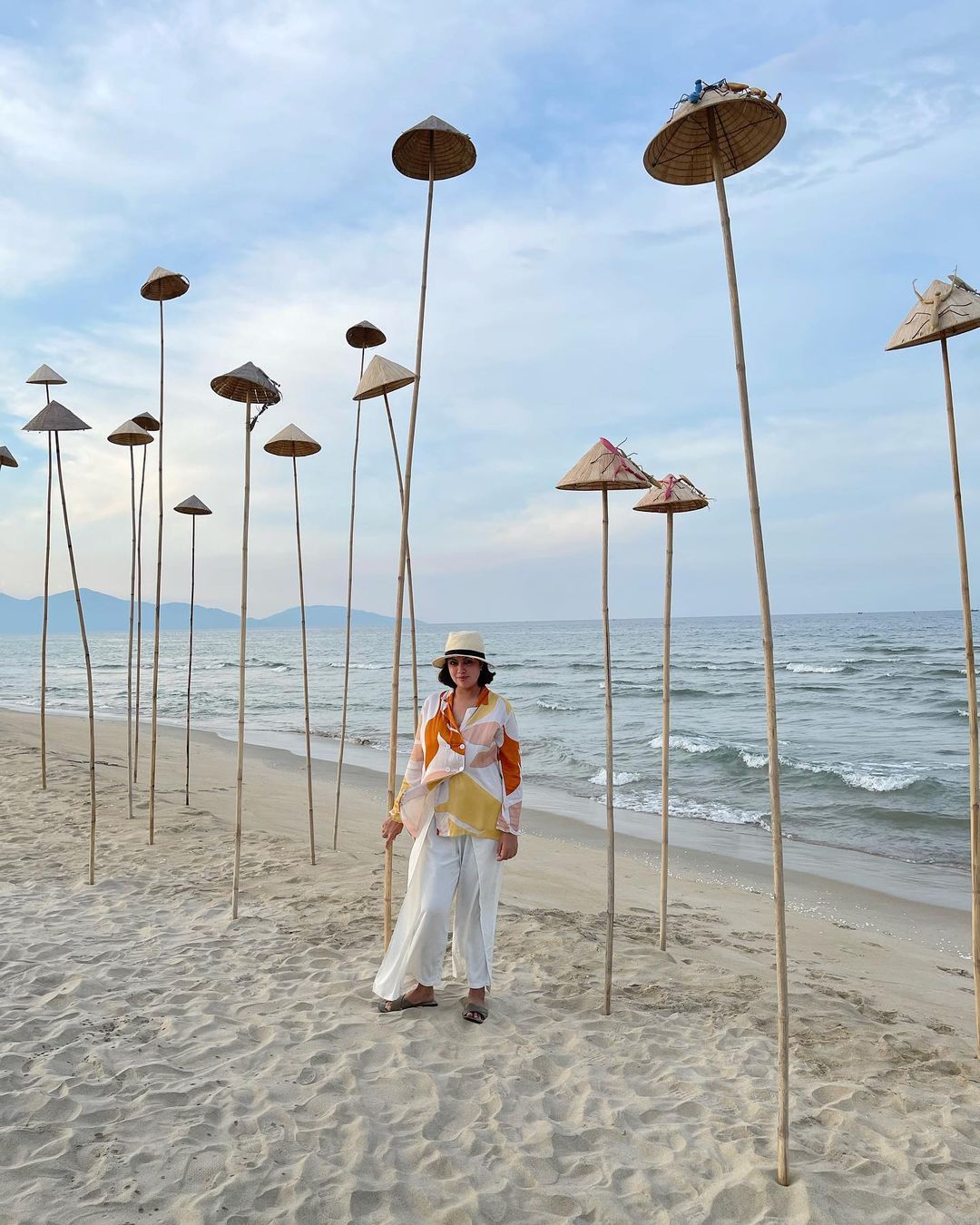 If you want a quieter beach getaway from that of Bali and Phuket, Da Nang, Vietnam is a good alternative. There you can find stretches of beautiful beaches like Non Nuoc Beach to sunbathe or go snorkelling. 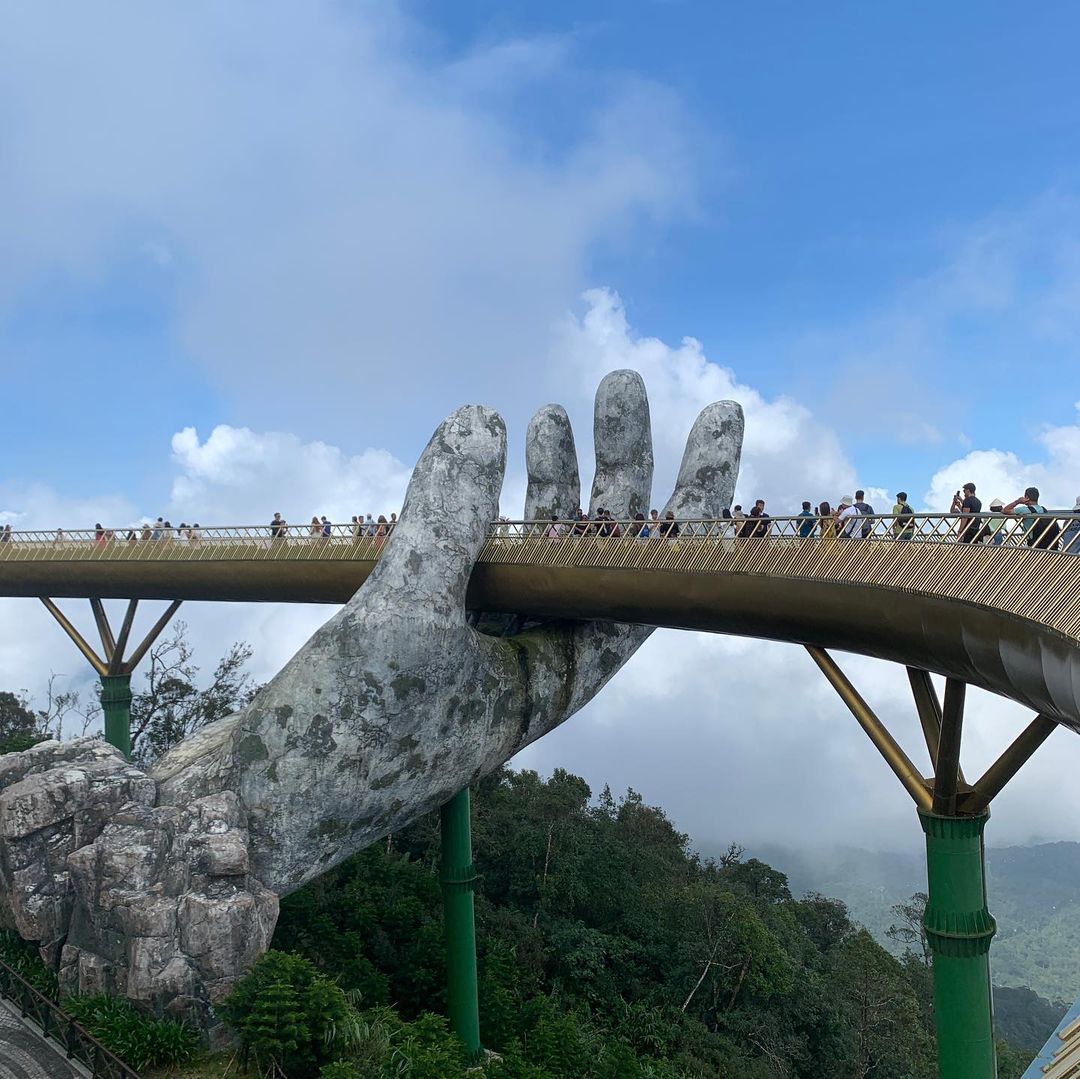 Stroll along the Golden Bridge at Ba Na Hills as you enjoy the view of the surrounding greenery. You’ve probably seen this godly bridge on social media and you can get a shot of your own here too. You’ll have to take the Ba Na Hills cable car to get to the bridge.

Rather than just pay for a cable car ride, you can pay VND700,000 (~S$39) – which covers the entrance fee to Sun World Ba Na Hills and the Golden Bridge, as well as the cable car ride.

Book a tour to Ba Na Hills and Golden Bridge.

Book a round trip flight from Singapore to Da Nang. 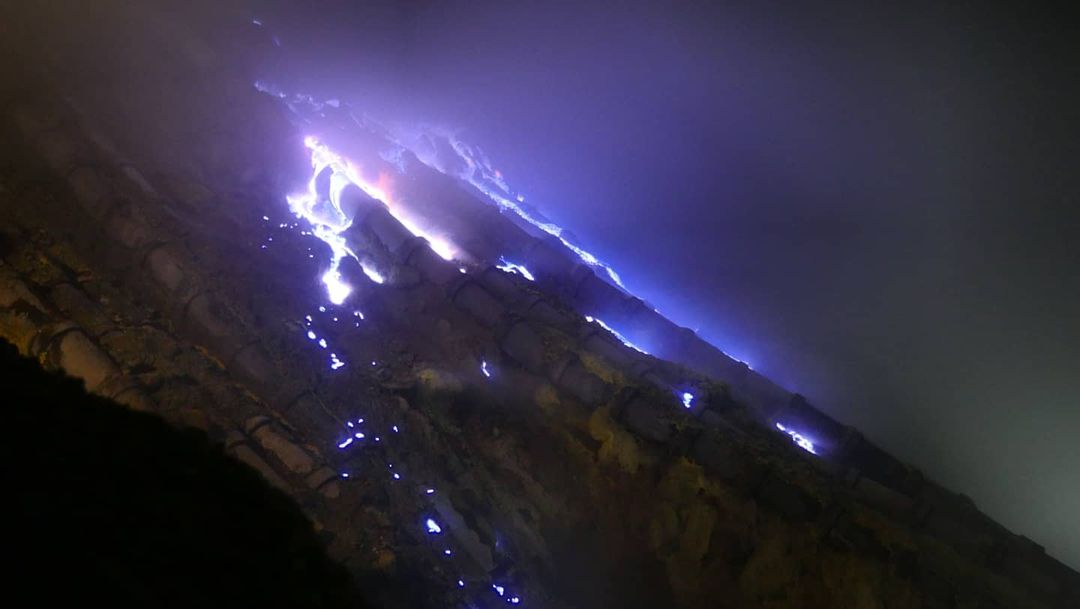 2 hours and 45 minutes away is Surabaya, Indonesia with unique places you can explore. Hike up to Ijen Crater, which almost looks like Hades peeking through the cracks.The best time to see this natural phenomenon is right after sunset or before sunrise. 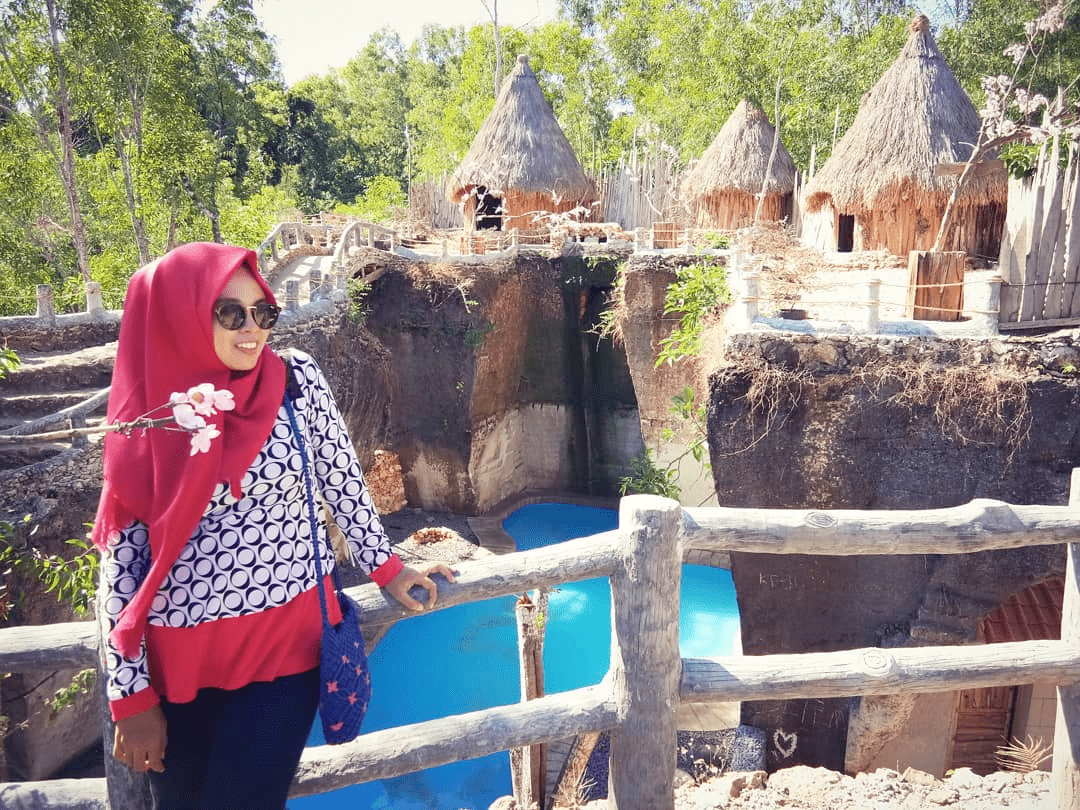 From there, you can continue your exploration on Madura, an island just Northeast of Surabaya. There, the culture is preserved. Some of the citizens – called the Madurese – wear their sarongs and songkoks out. Drop by a local shop and observe the traditional practice of Batik Tresna art. 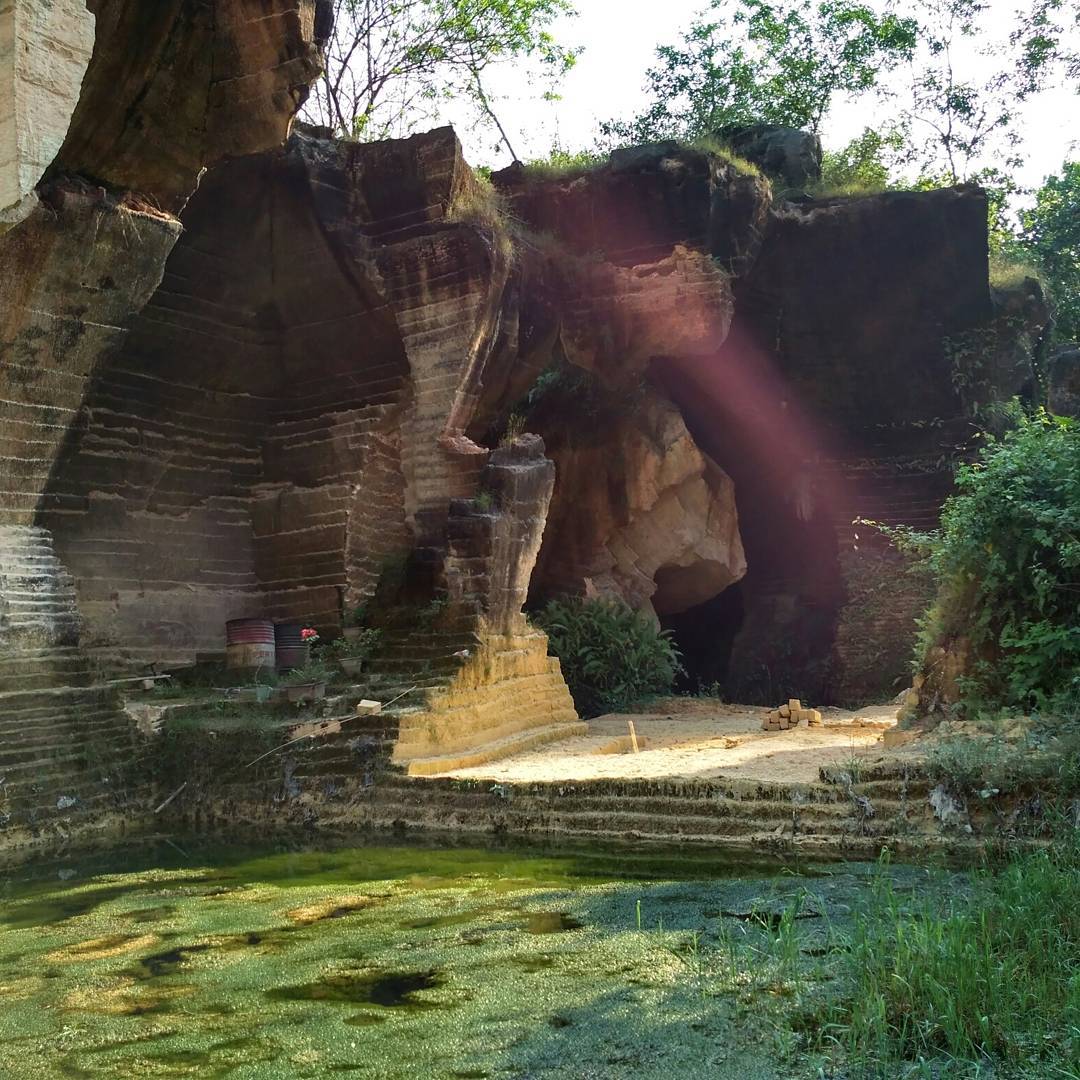 The most noticeable of attractions is the unique environment in parts of the island, where you can find limestone structures that look straight out of an ancient Egyptian movie. There are also natural sandstone caves to explore.

Book a tour to Ijen Crater.

Book a private tour to Madura.

Book a round trip flight from Singapore to Surabaya. 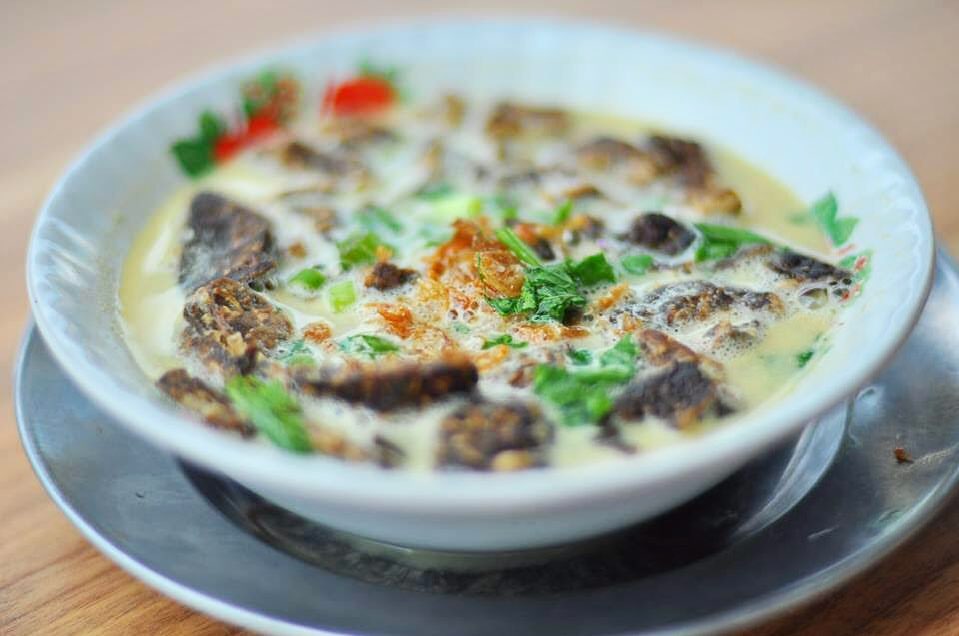 Medan is known as Indonesia’s food haven – and all that separates you from its authentic cuisine is a 1 hour and 25 minute flight. One of the must-try dishes is Soto Medan, which is a thick soup with shredded chicken, prawns, bean sprouts, and bergedil.

One of the best restaurants to get Soto Medan is Soto Kesawan. They serve it with juicy cut-up prawns so it’s less of a hassle to eat. You can also get it with chicken or beef instead. 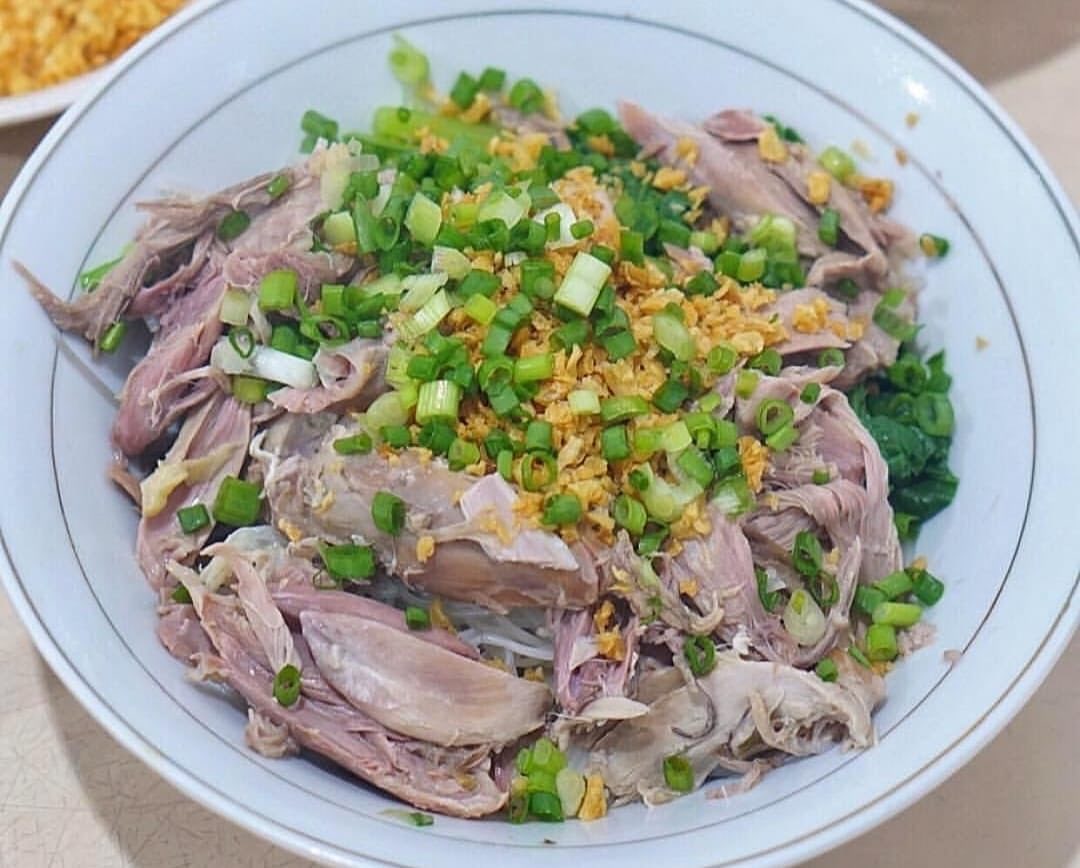 Another dish you should try while in Medan is bihun bebek, which means duck beehoon. Bihun Bebek Asie Kumango serves the dish with a generous amount of spring onions and fried garlic. Opened since 1930, they’ve been upholding the same stringent method of preparing the dish. Alternatively, learn to make the dishes yourself at a village tour at Bukit Lawang. Here, you can participate in a cooking class, get a tour of the market, and learn from the locals. 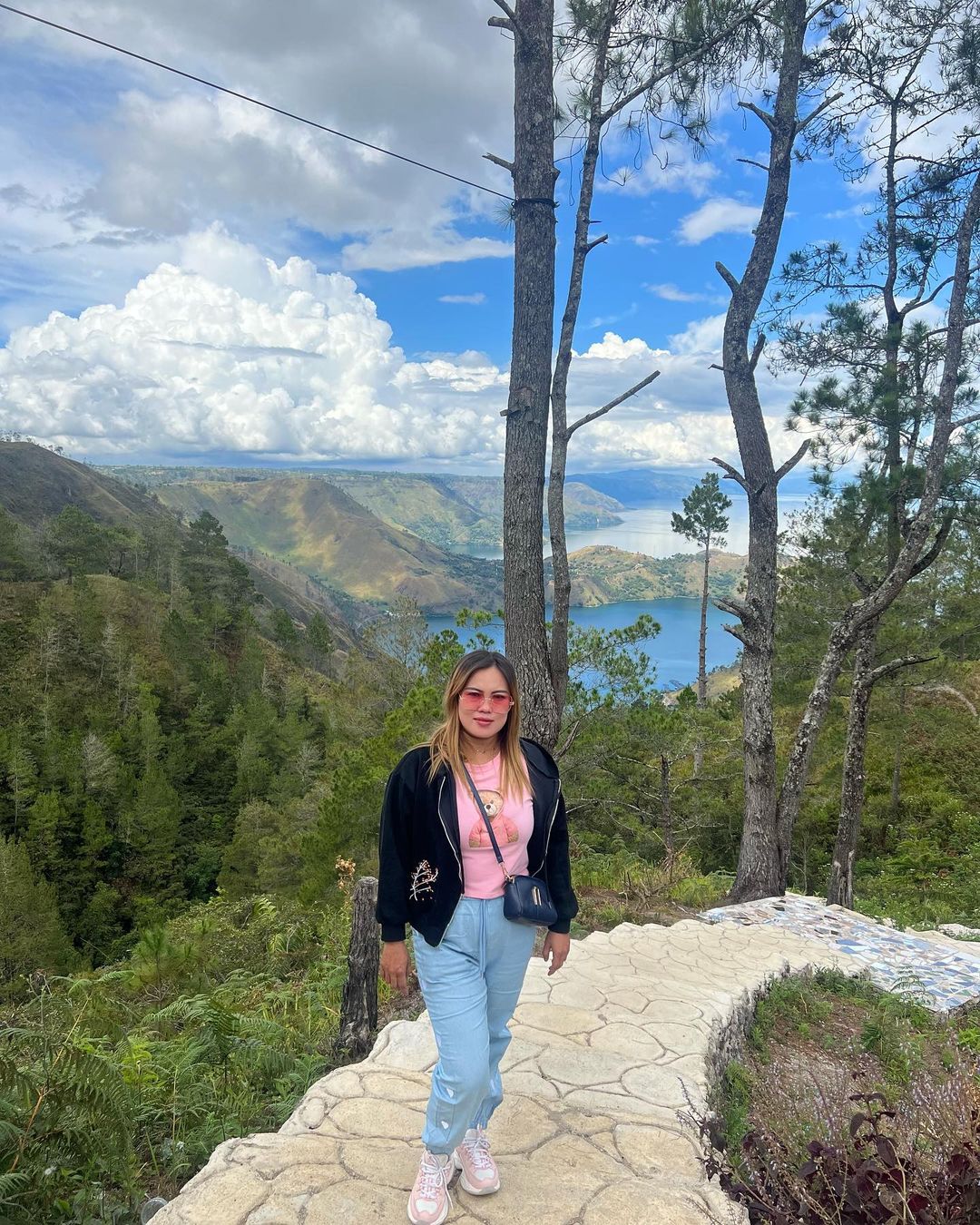 If you have time to spare, consider a 6-hour drive to Lake Toba – the largest volcanic lake in Southeast Asia. You will easily fill your itinerary with an abundance of activities around it such as  touring the villages, digging into Batak cuisine and hiking to one of Indonesia’s tallest waterfalls – Sipisopiso.

Book a cooking class and village tour at Bukit Lawang.

Book a round trip flight to Medan, Indonesia. 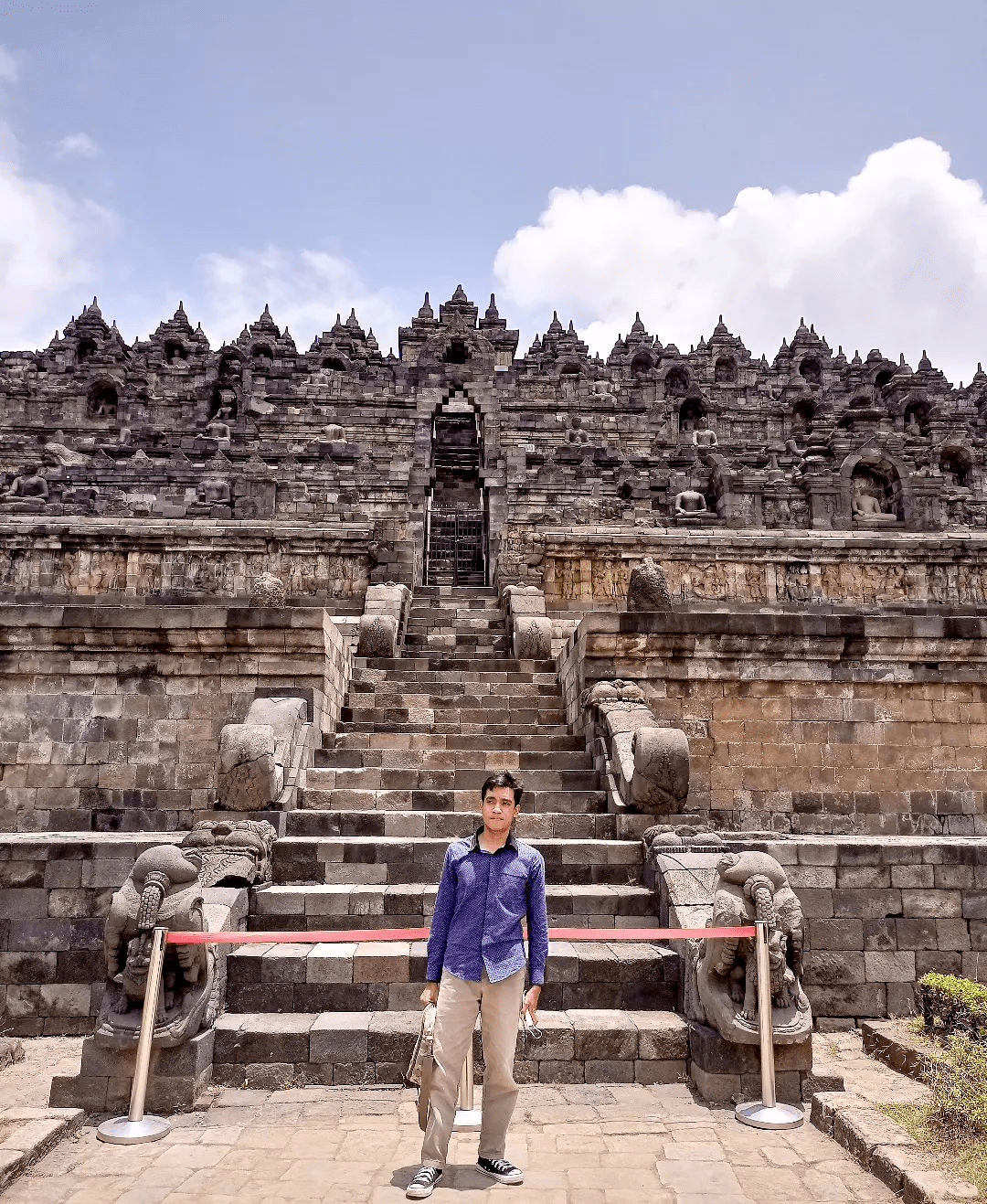 Channel your inner Indiana Jones for a day and explore the ancient Buddhist temple of Borobudur at Yogyakarta, Indonesia. If you worry about getting lost navigating the huge temple, opt for private tours that bring you around the temple as well as a jeep tour at Mount Merapi. They will also charter you to and from the hotel. 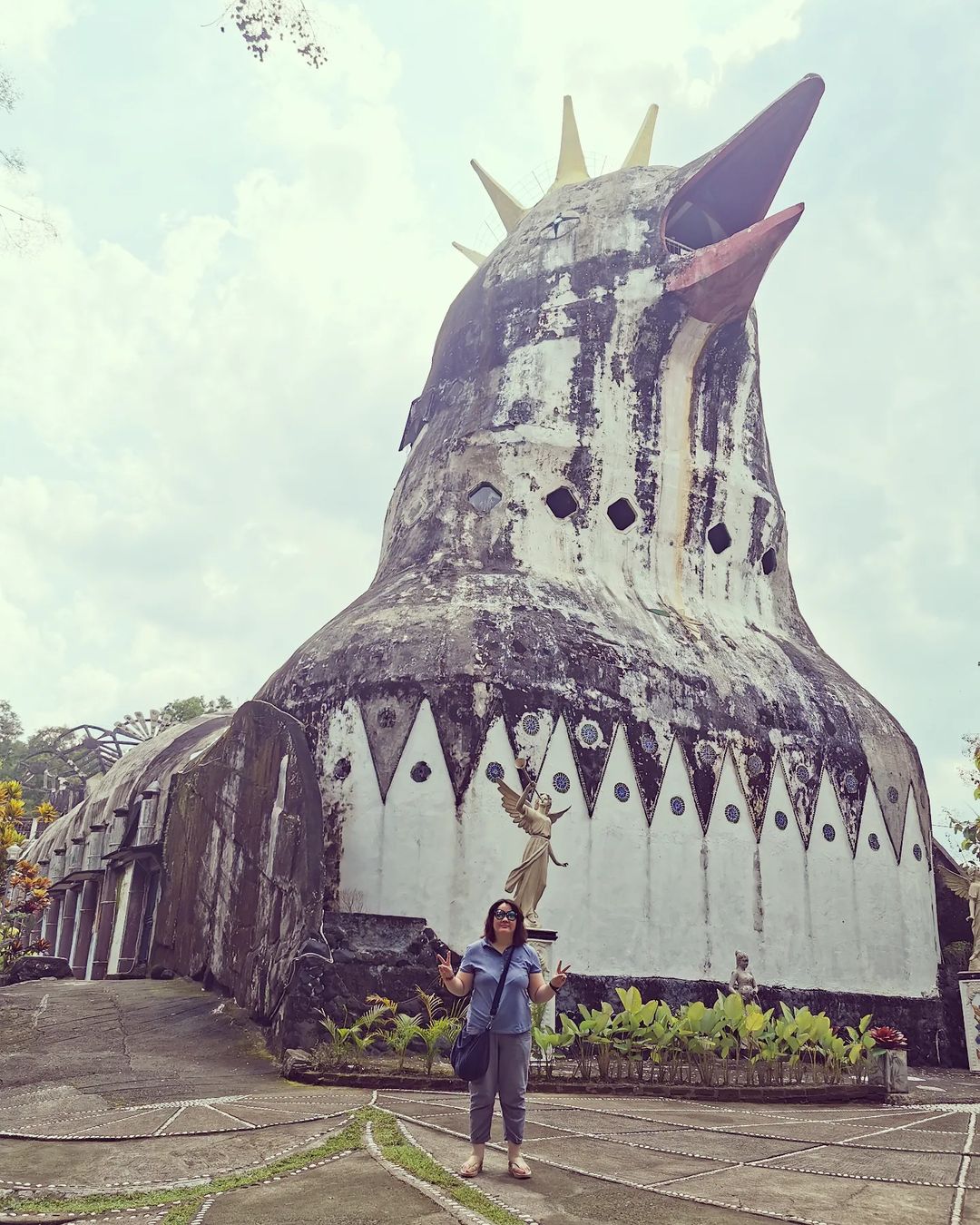 A 15-minute drive away from the temple, you will find the Chicken Church with a backstory of its own. Its conception started from a “prophetic dream” a Christian man received in 1988. Now, thanks to the influx of visitors due to media coverage, the church has been renovated and houses a small cafe inside. 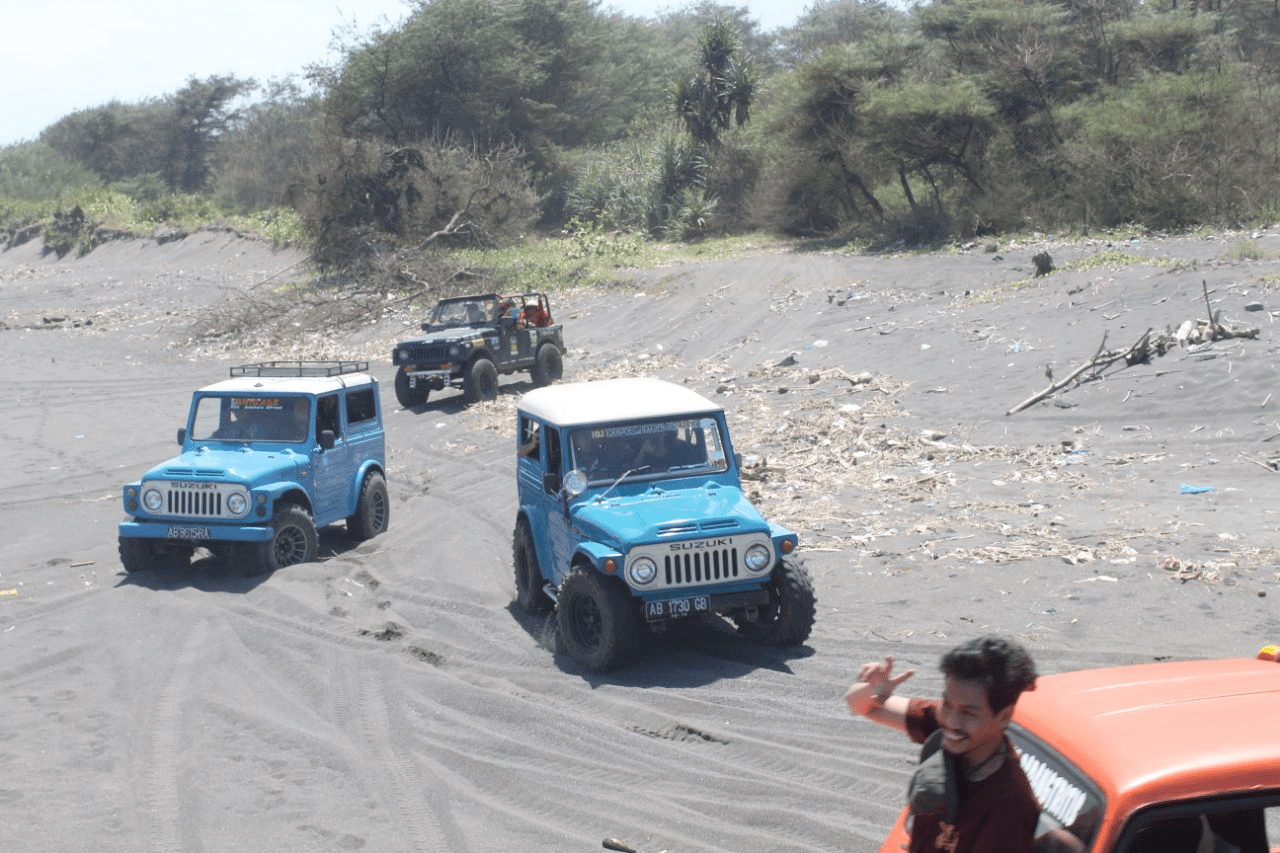 For a more adventurous experience, go off the beaten path and explore the Parangkusomo sand dunes with a Jeep. With this, there’s no need to travel far to Egypt for a desert crusade.

Book a tour to Borobudur temple or a jeep tour to Parangkusomo sand dunes.

Book a round trip flight to Yogyakarta, Indonesia. 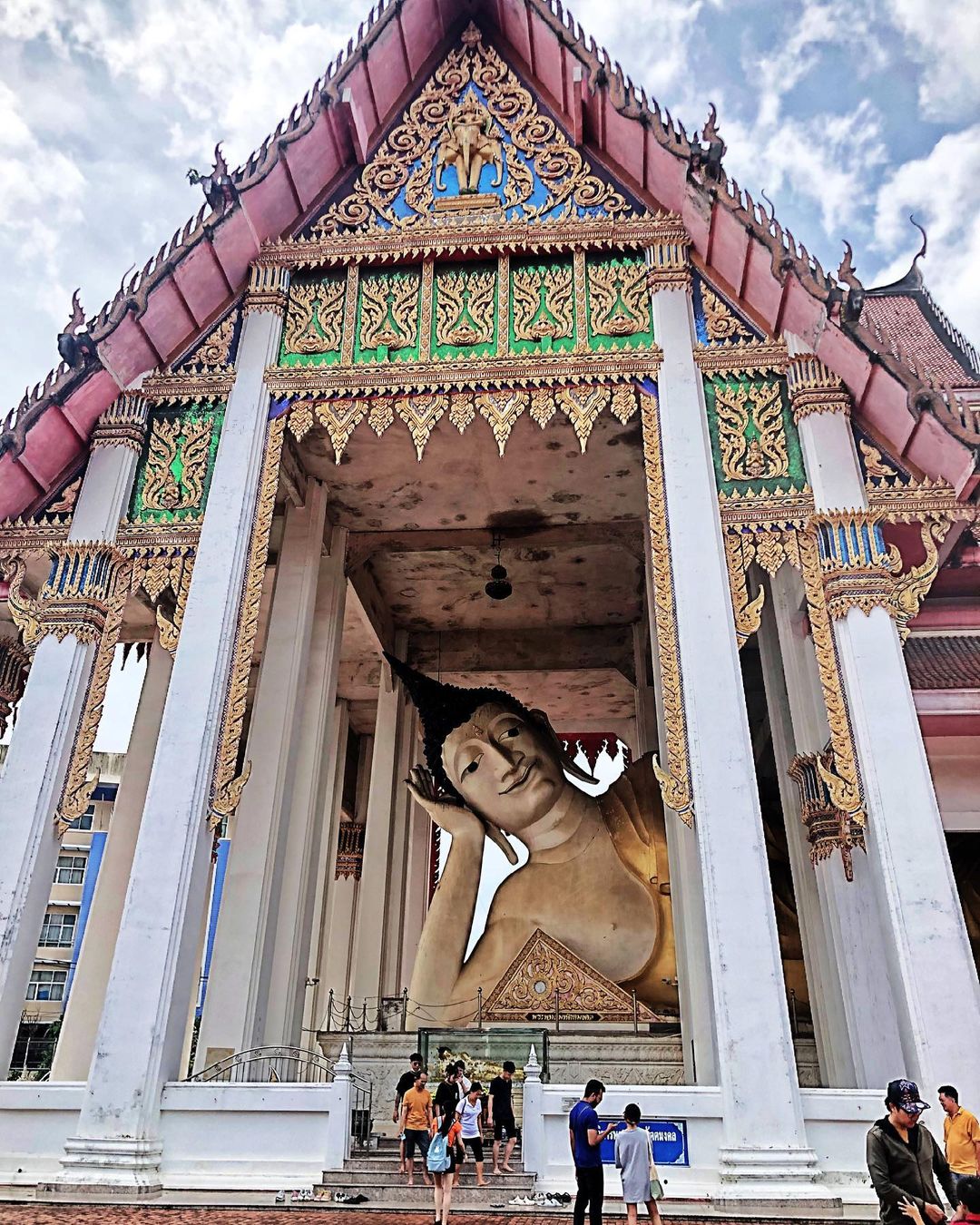 Wat Hat Yai Nai temple is one of the most popular attractions at Hat Yai for its eye-catching Reclining Buddha statue. Much so that even local devotees often make a pilgrimage there to see it. 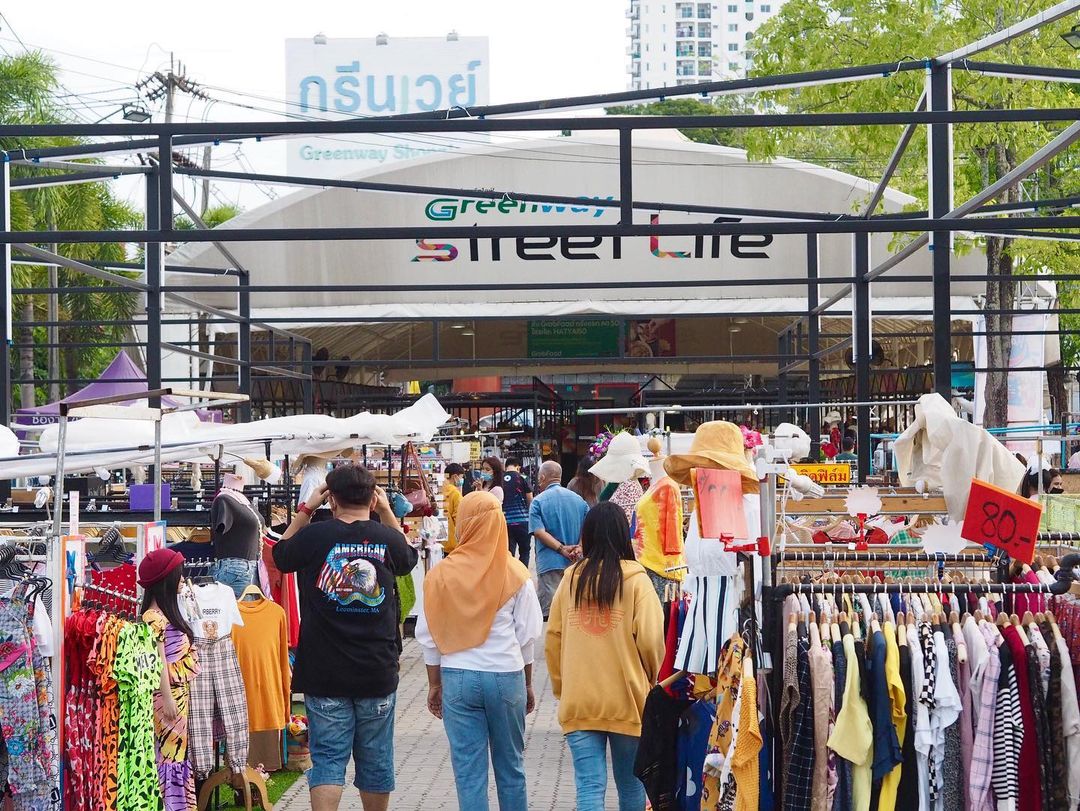 When night falls, hop on over to the Greenway Night Market where you can shop and haggle for goods. They also sell trendy clothes and accessories so this is your chance to get them for cheap. You can also grab some local street food within walking distance after all that shopping.

Book a round trip flight from Singapore to Hat Yai. 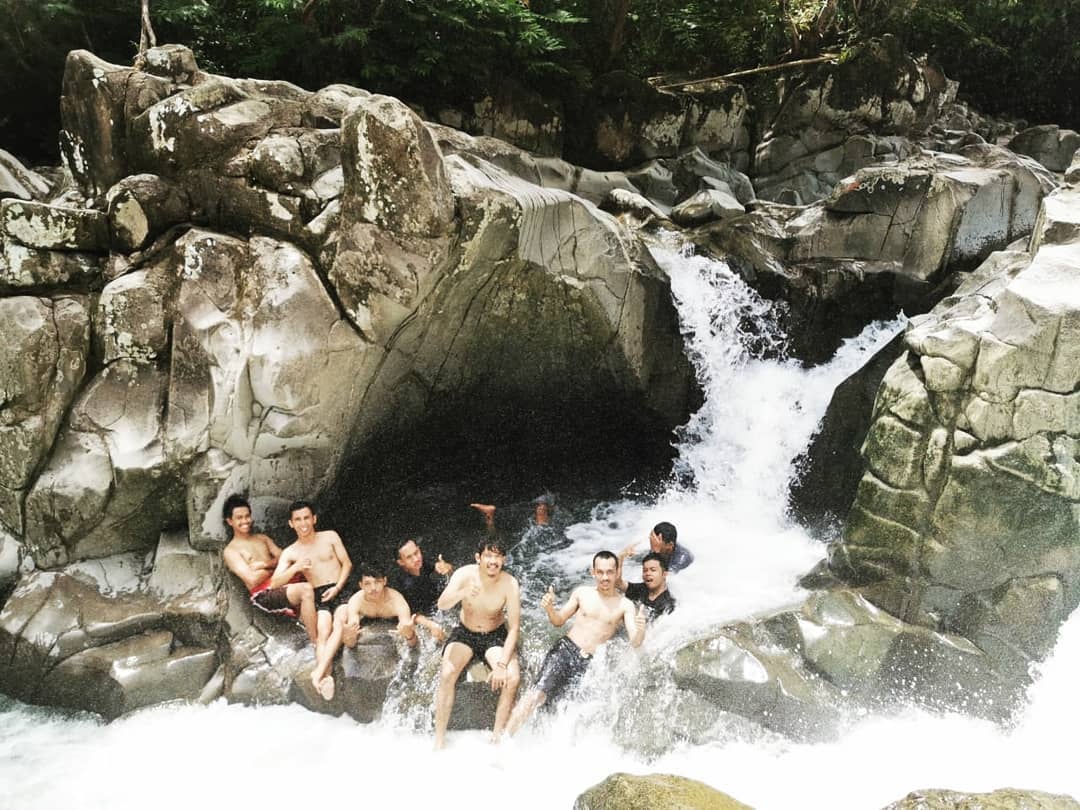 Instead of taking a 14-hour flight to explore the Grand Canyon in Arizona, there’s a similar landscape to be found just 3 hours away at Makassar, Indonesia. But instead of a dry and hot desert, you’ll find Celebes Canyon with tropical springs where you can cool off. 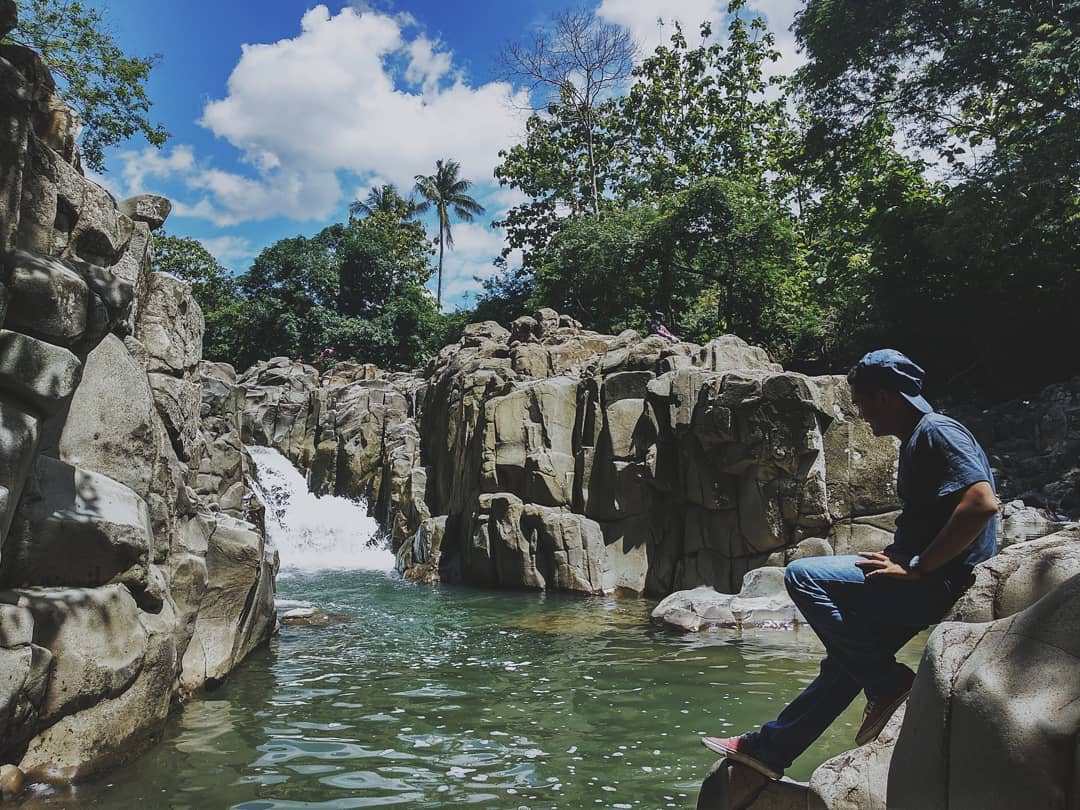 Come with your friends and take a dip or dive into one of the nature-made pools. There are toilets (IDR2000/entry ~SG$0.20) to use after you’ve had your fun. This place is 1km from the road so be prepared for a little trek to get there. 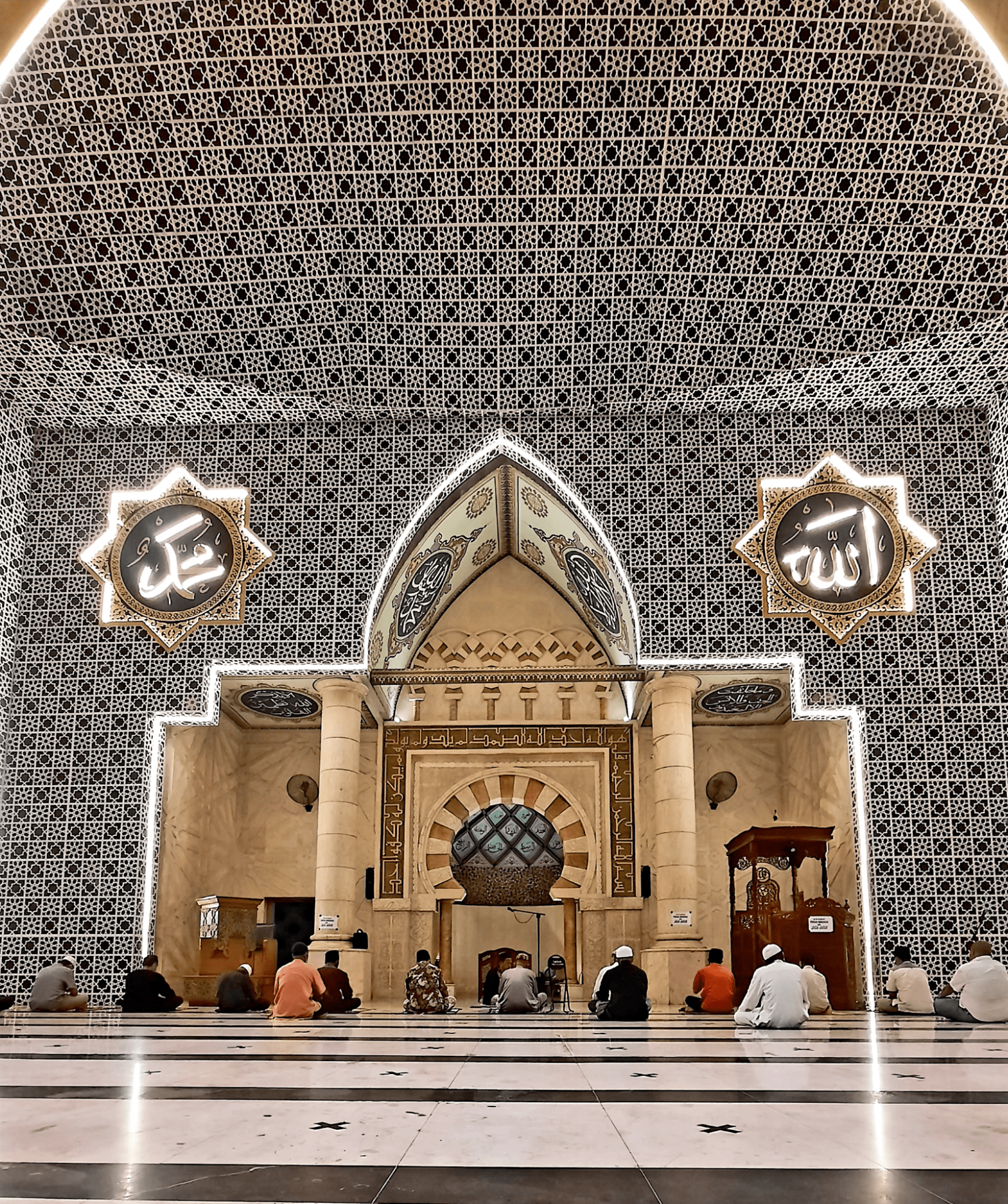 You can still find beautiful sights even when you head back to civilization. This state is also home to one of the biggest mosques in Southeast Asia – the Great Mosque of Makassar. This place of worship has 2 storeys with a courtyard to stroll around and catch a breather.

Book a round trip flight to Makassar, Indonesia. 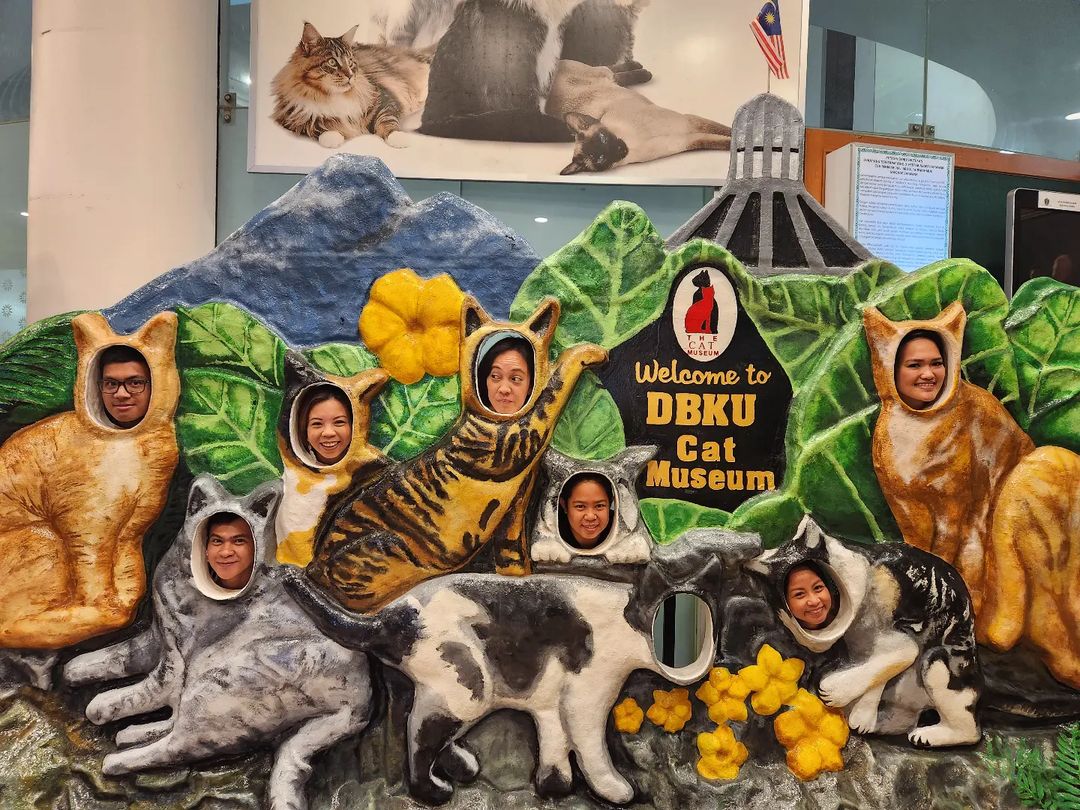 An hour and 33 minutes away from Singapore is Kuching, Malaysia. “Kucing” in malay means “cats”, so cat lovers might be drawn to check out this state. Take a trip to the Cat Museum with everything feline-related. 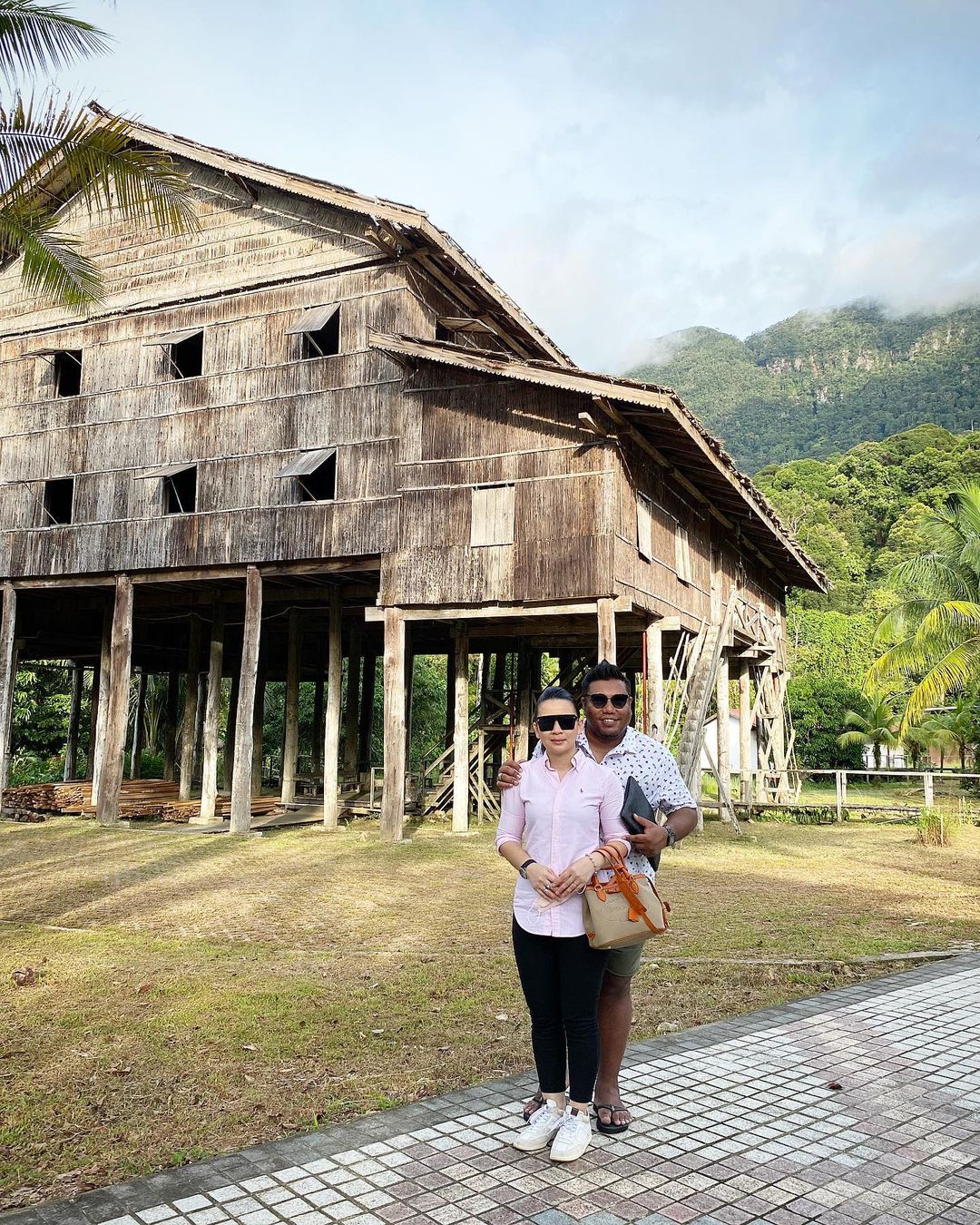 Apart from the cats, Sarawak is also known for its indigenous culture that you can see at cultural villages. Visit Sarawak Cultural Village where you can view well-kept ancestral longhouses and watch performances with traditional string instruments such as the Jatung Utang. 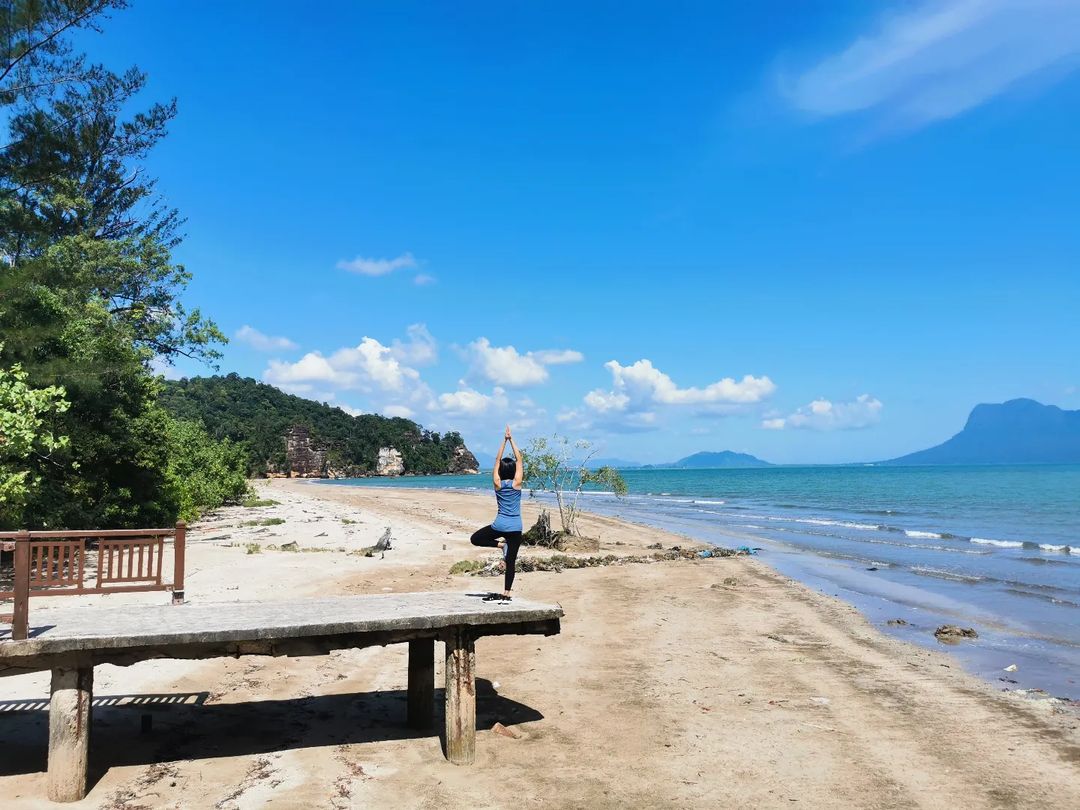 This state also has gleaming beaches such as the one at Bako National Park. While you can’t swim there now, you can still stroll along and enjoy the tranquil scenery.

Book a round trip flight from Singapore to Kuching for $147.49. 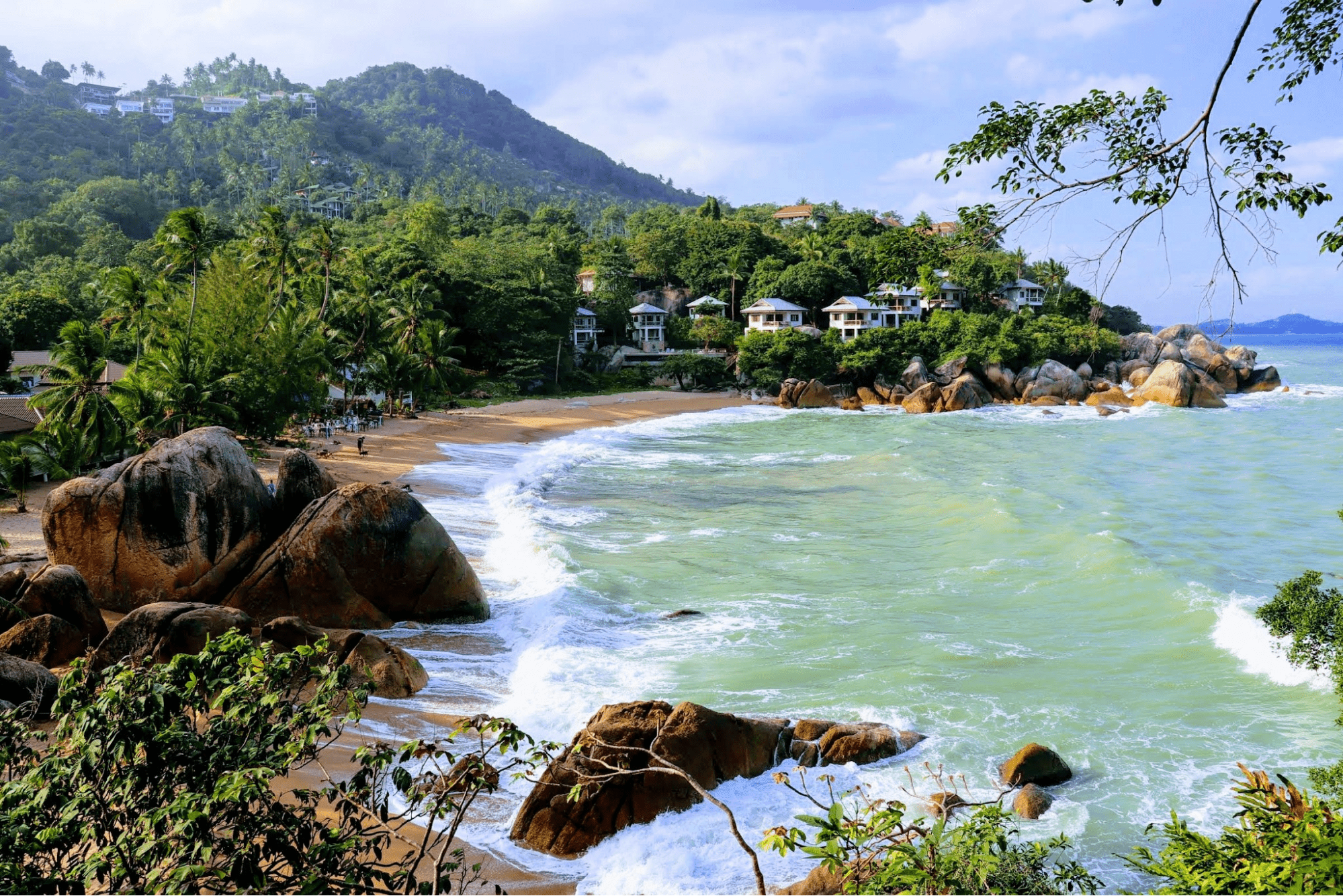 A serene beach by day and happening nightlife district by night, Ko Samui, Thailand makes for a vacation spot with endless opportunities for fun around the clock. 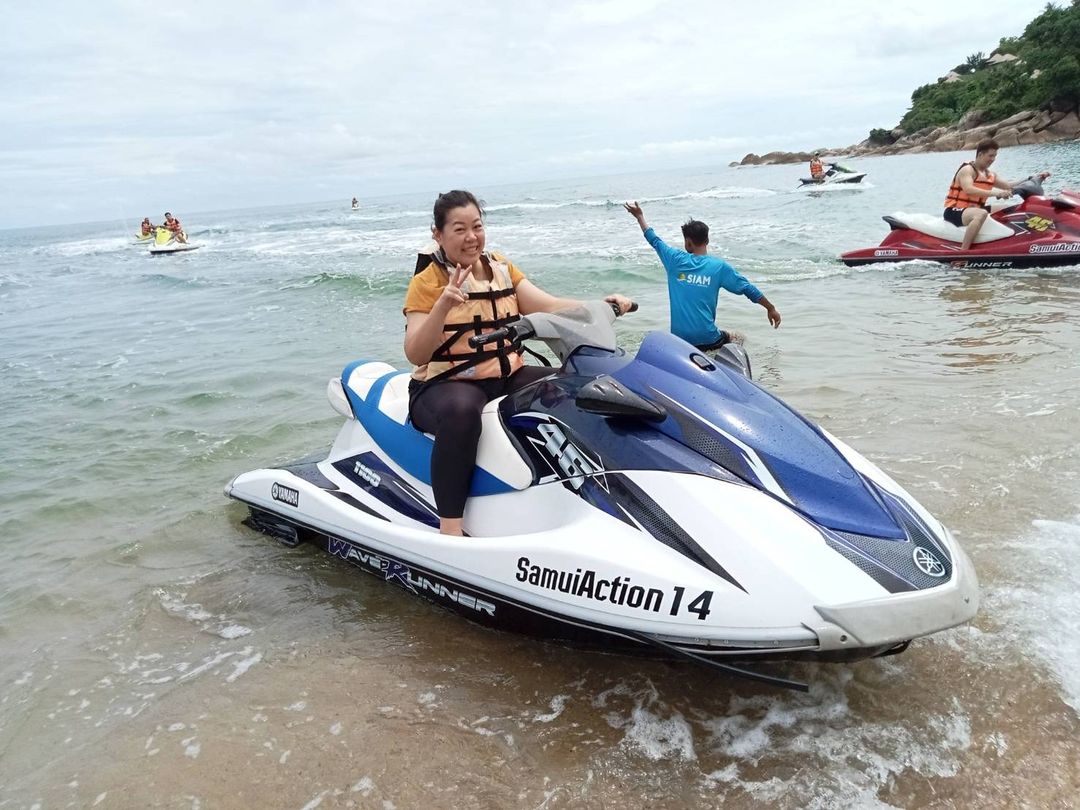 Ko Samui is known for its beaches, so there’s no shortage of water activities you can try here. Head down to the beaches and you can easily get into it with rental places for snorkelling, kayaking and scuba diving. Compared to other popular beach destinations like Phuket and Krabi, Ko Samui is harder to get to – so you can expect less crowds. 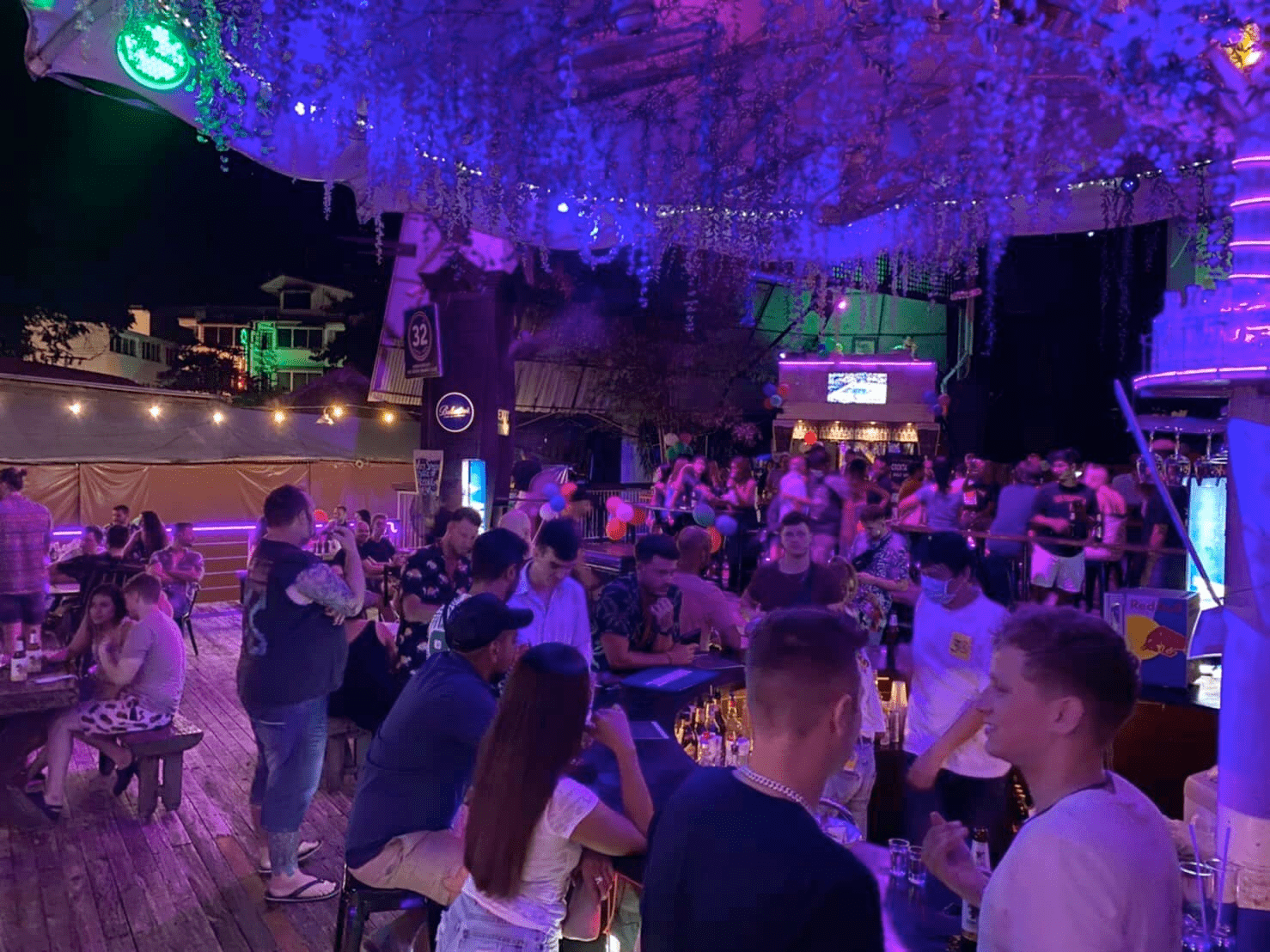 Those who love partying will find themselves right at home here. There are Full Moon Parties at places like Koh Phangan. At the Chaweng beach area, you’ll find The Islander, a popular Irish pub, and the Green Mango Club – a large and lively open-air nightclub.

Book a round trip flight from Singapore to Ko Samui.

Book a flight to these lesser-known destinations

You don’t necessarily have to block out an entire week for a holiday. With these flight destinations that are less than 3 hours away, you can have a weekend trip whenever you need a breather.

After all, you might just find your next favourite travel destination might be closer than you think.

Here are some other travel articles: 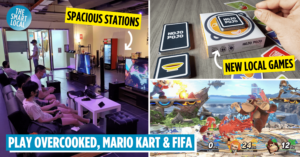 This Gaming Cafe Right Under Expo MRT Has Over 50 Console, VR, Board & Card Games From $8/Hour
11 Online Therapy & Counselling Resources From Free 24/7 Listeners To Anonymous Counselling 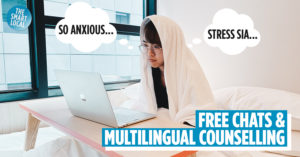