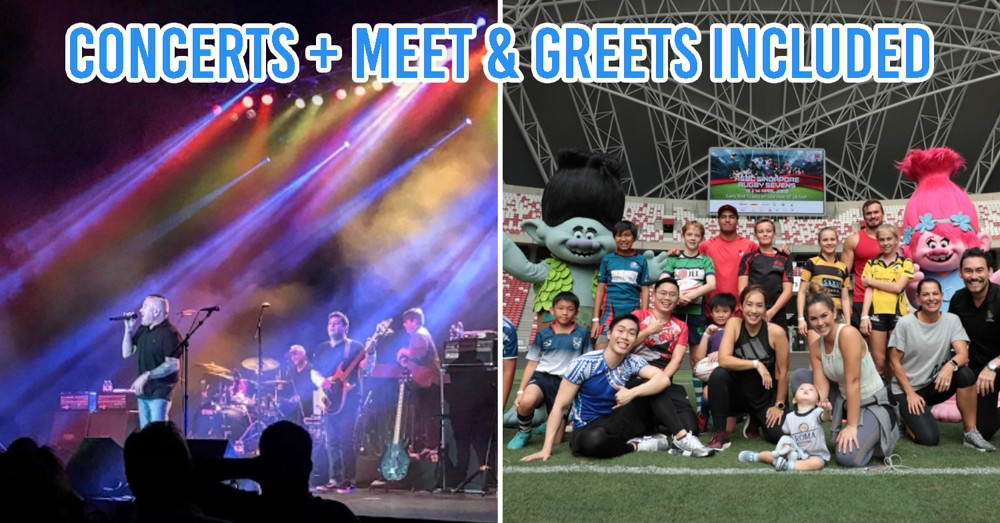 You don’t have to be a die-hard rugby fan to enjoy HSBC Singapore Rugby 7s – heck, you don’t even need a basic grasp of the rules. FYI for the uninitiated: Rugby 7s is played by 7 players, with each half-match lasting a speedy 7 minutes.

No matter which team you’re rooting for, this annual rugby tournament promises a fun weekend out for the entire fam bam. Wacky costumes, live music, and free DreamWorks screenings await. Add a pool party to that, and here’s everything you can get with a single ticket:

DreamWorks-themed activities for all ages

It’s already a fun-packed weekend, but in between the fast-paced action and rugby tackles, there’ll be a lineup of DreamWorks-themed activities. Whether it’s old-school classics like Shrek or popular icons like Toothless the Dragon, your entire family’s bound to enjoy it all. 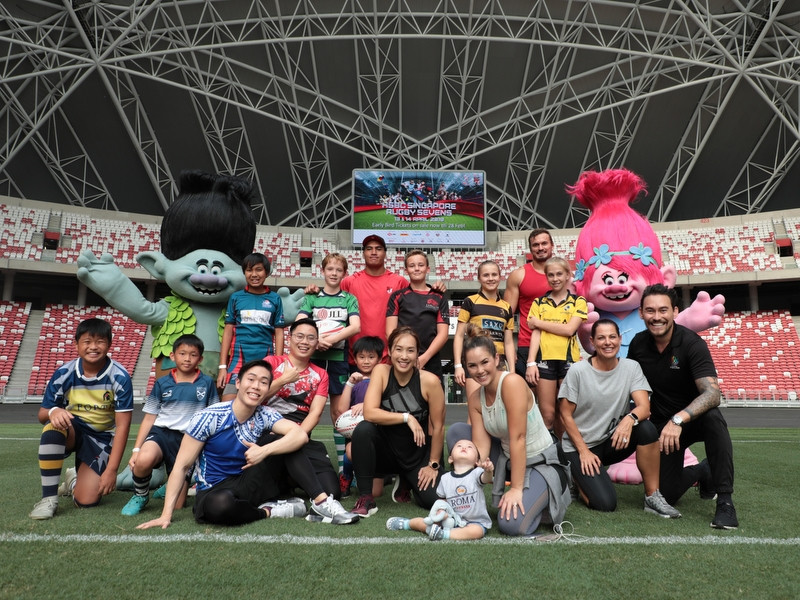 Look forward to a stage appearance by DreamWorks Trolls – with the vibrantly pink-haired Poppy and the disgruntled Branch. There’ll also be Meet & Greets featuring other familiar characters from Shrek and Kung Fu Panda.

All the while, free all-day screenings of Trolls and Dragons will be playing in the backdrop too – perfect to keep easily distracted kids entertained.

Smash Mouth and Rock of Ages 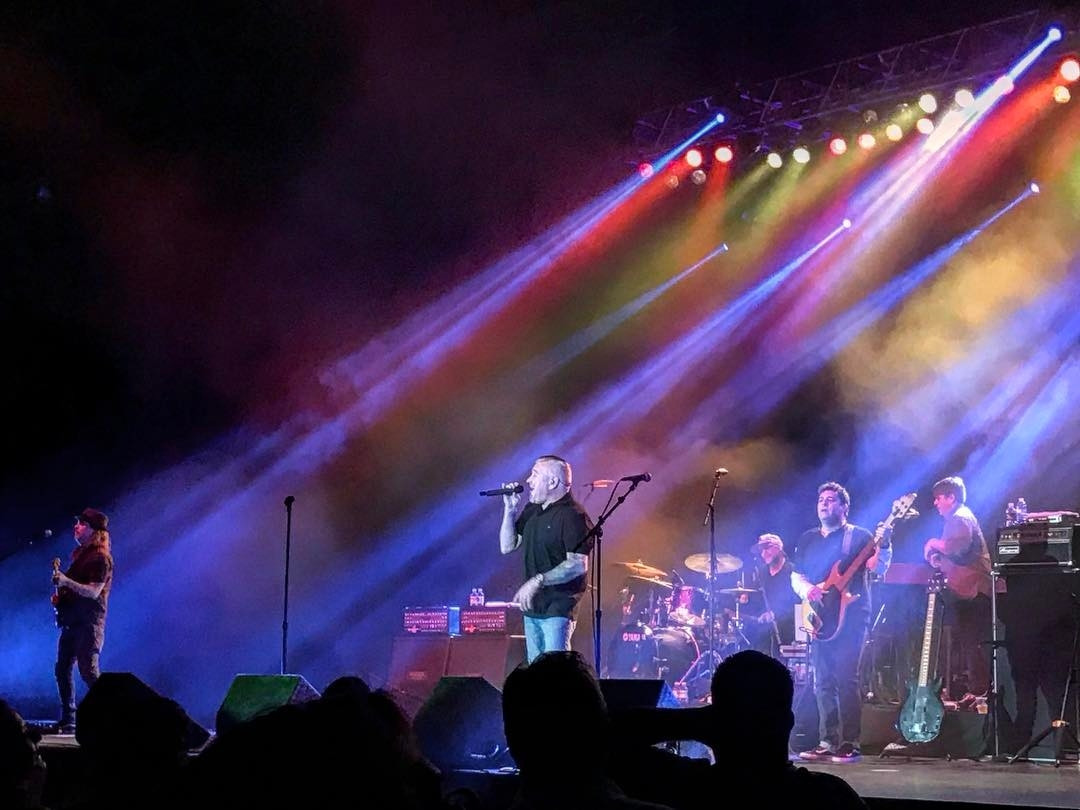 And which live band would you have for a DreamWorks-themed lineup? None other than Smash Mouth, of course, with their hit single All Star colloquially known as “the Shrek song” since its memorable inclusion in the 2001 film. Other famous hits like I’m a Believer and Walkin’ On the Sun will get you swaying along with the crowd. 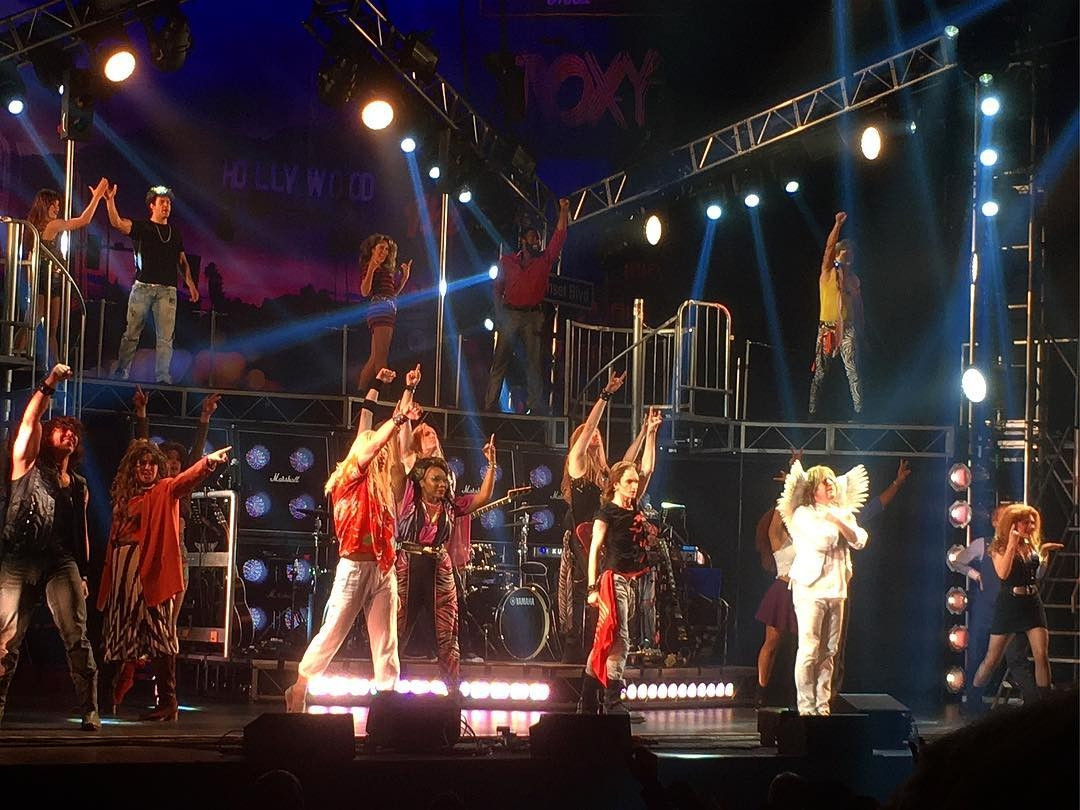 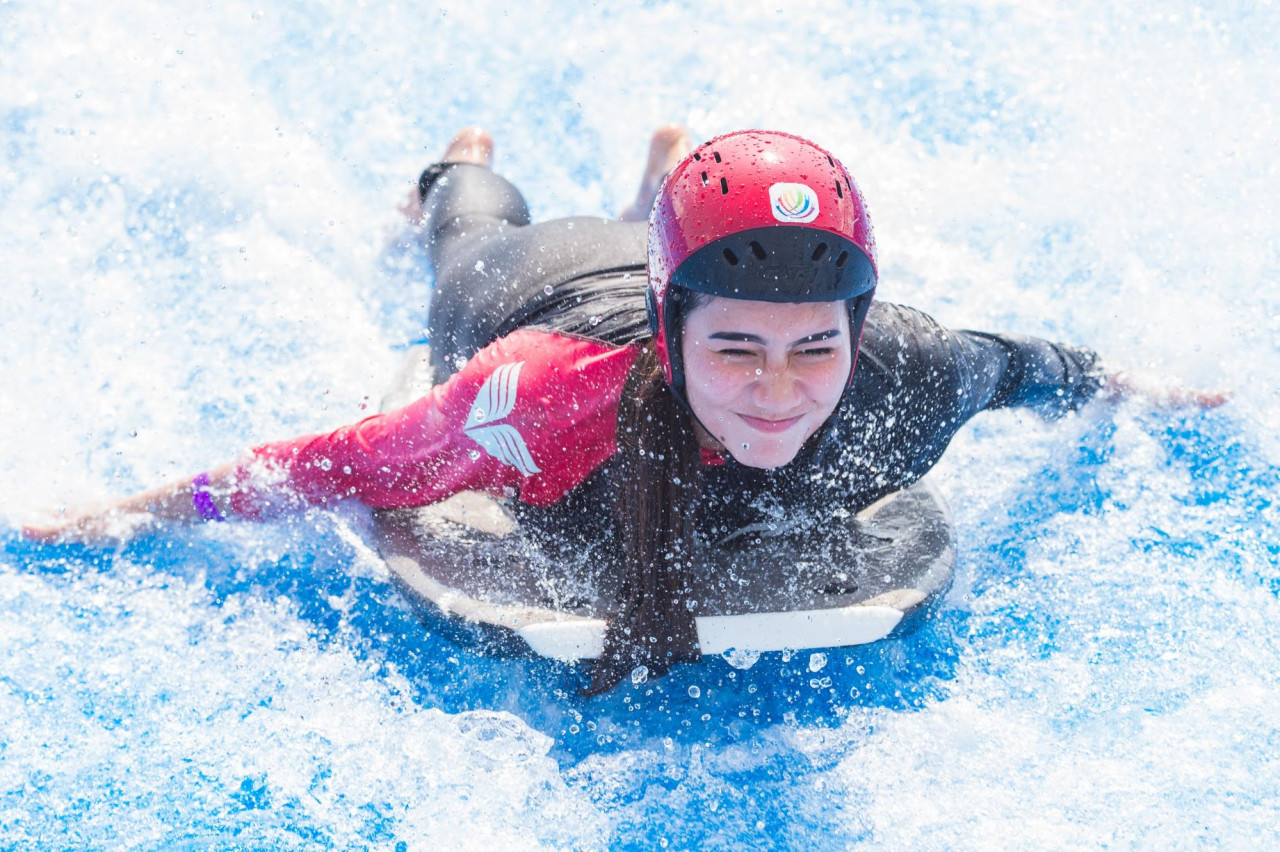 There’s already a buzzing carnival atmosphere, but the Rugby 7s is taking it one step further with free entry to Splash-N-Surf. The rooftop of Kallang Wave Mall always had water slides, a kids’ play area, and Lazy River – a water ride where you can gently float through on rafts. 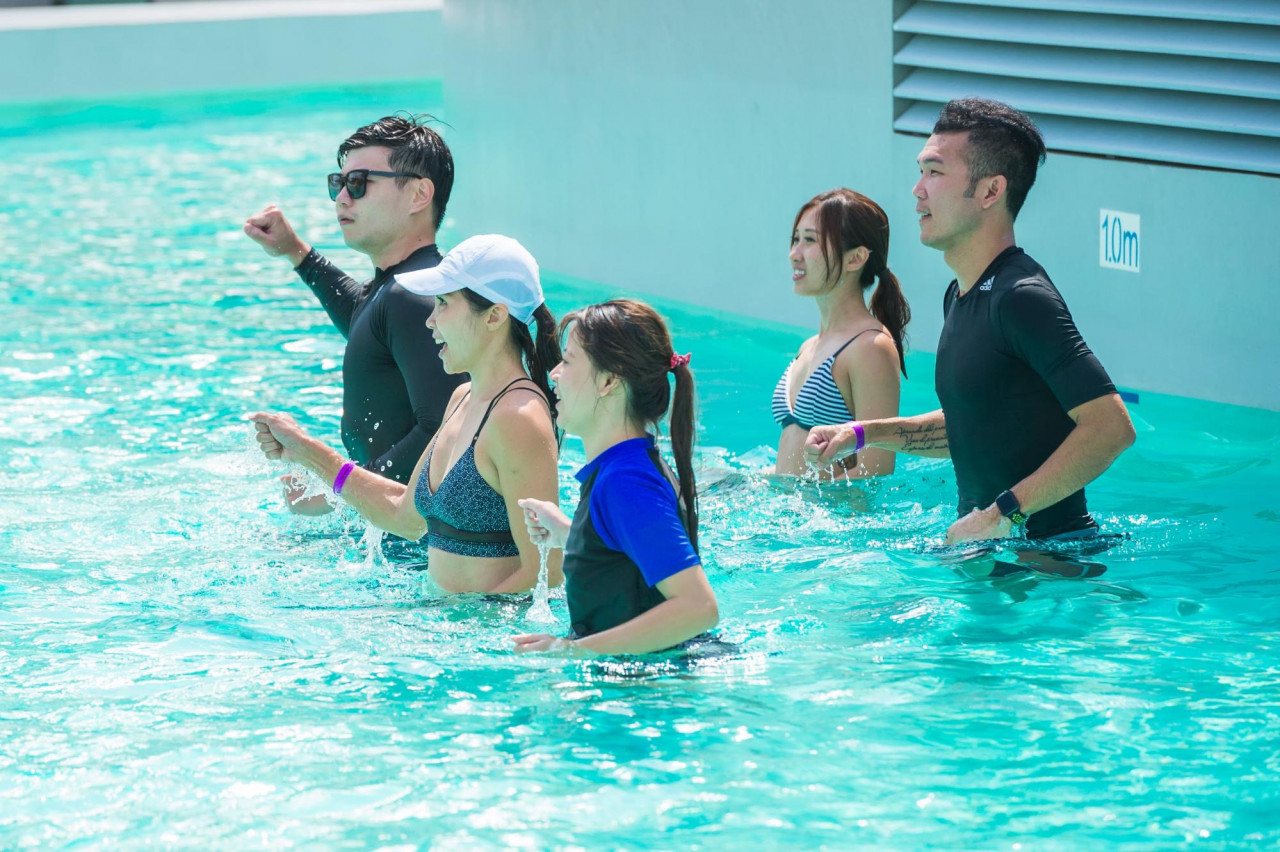 But this all-new Singapore 7s Splash Party is special. Besides bringing your wetsuits, come ready to be serenaded by local talents like Joshua Simon and Joie Tan.

Waterproof cameras might come in handy too, with Dreamworks characters and mascots around to mingle with the crowd for photo opportunities over the weekend. There will even be contests to snag some exclusive prizes! 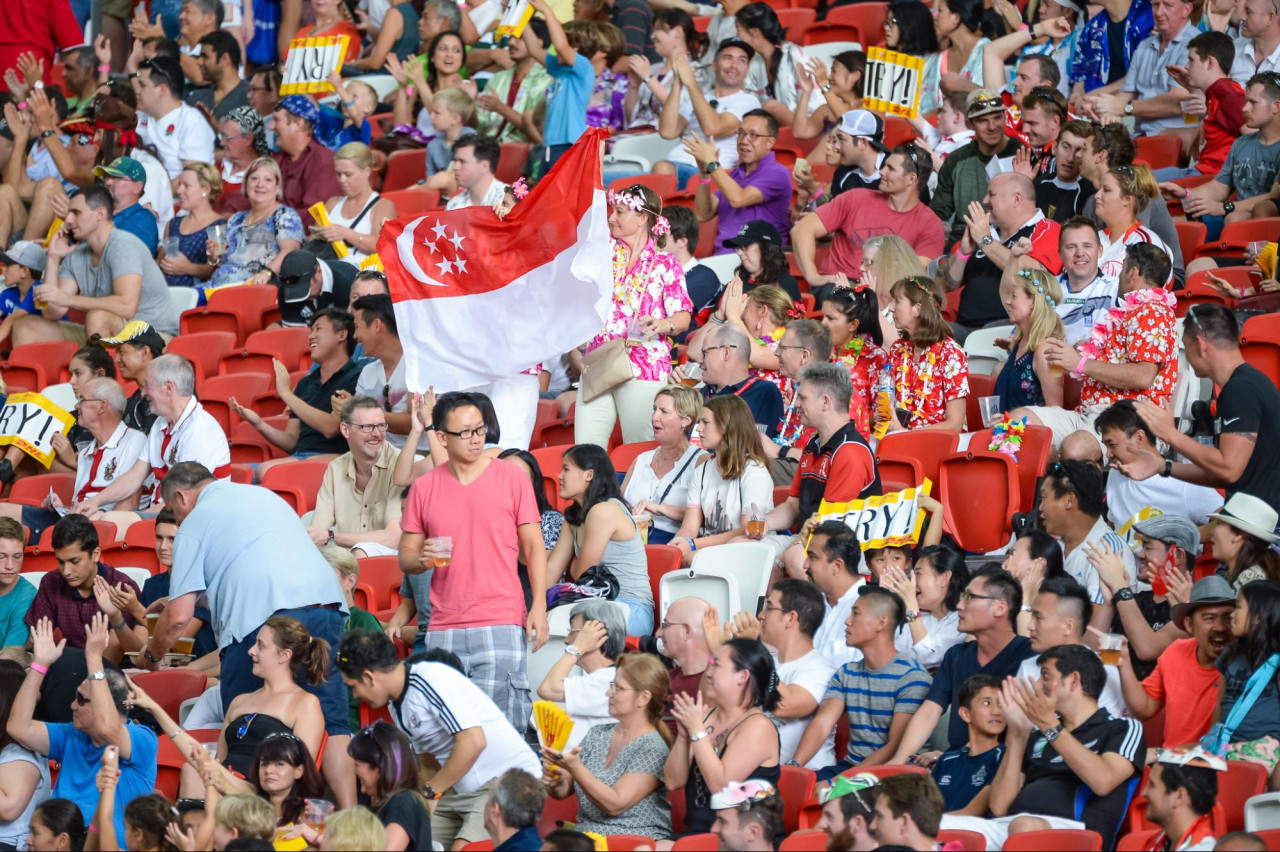 From 13th to 14th April 2019, the HSBC Singapore Rugby 7s shows off the tackling skills of the world’s top teams. 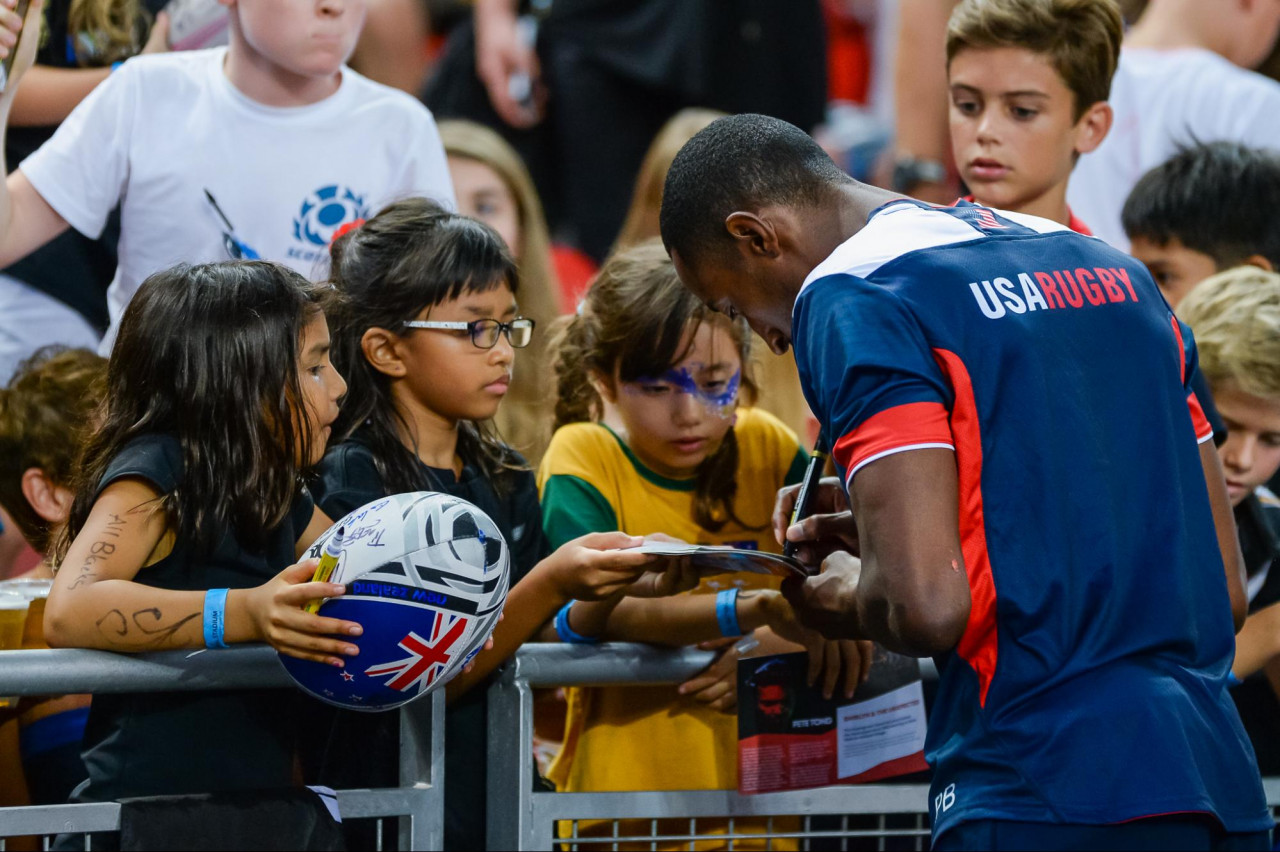 But the weekend’s not just about rugby – while previous years already had stellar lineups, this year’s features everything from DreamWorks-themed activities to a Smash Mouth Concert. And remember the quirky but age-old tradition of all Rugby 7s: people get dressed up in the wackiest of costumes so come in your most creative! 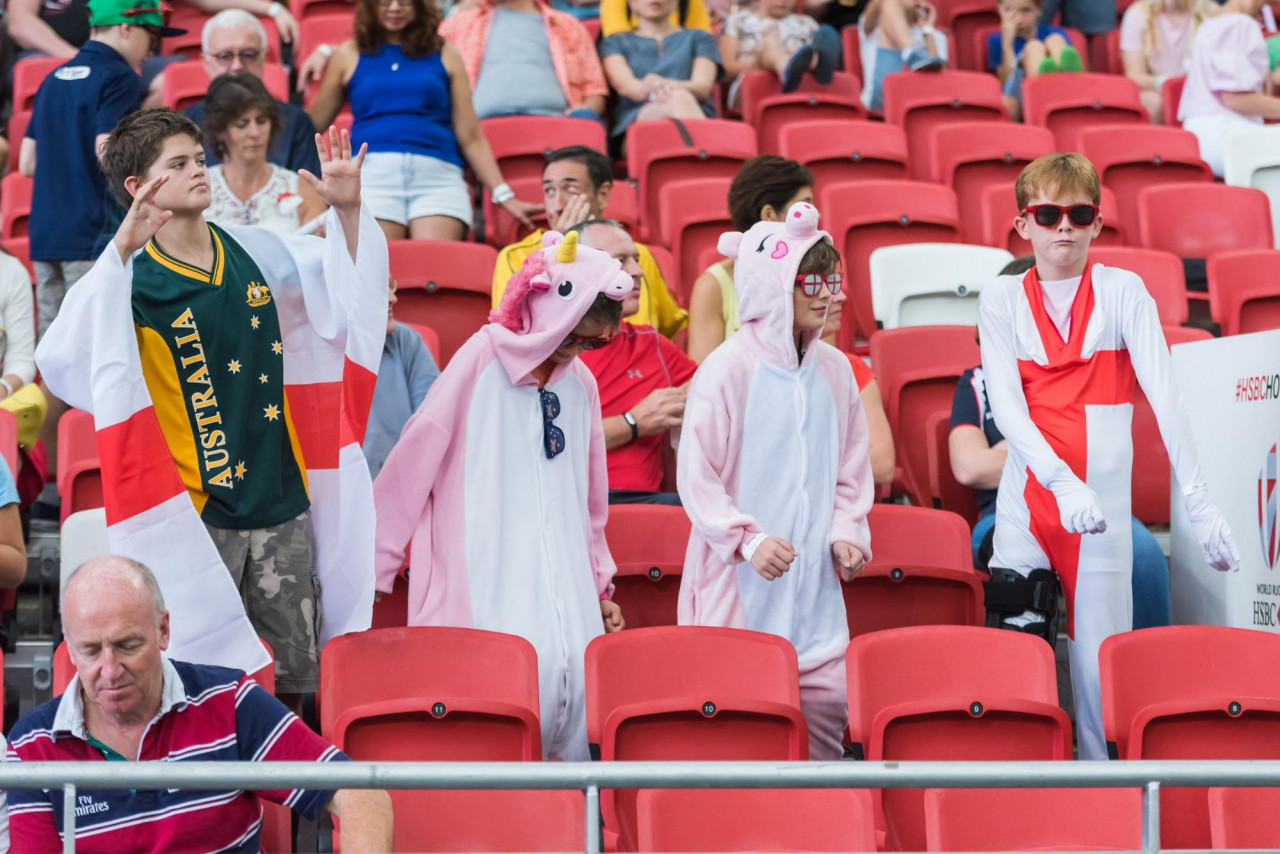 2-day tickets start from $49/adult and family packages start from $120 for 2 adults and 2 youths – you’ll save plenty with the latter especially since it’s a weekend affair for the entire family! Buy your tickets online here.

This post was brought to you by Sport Singapore. 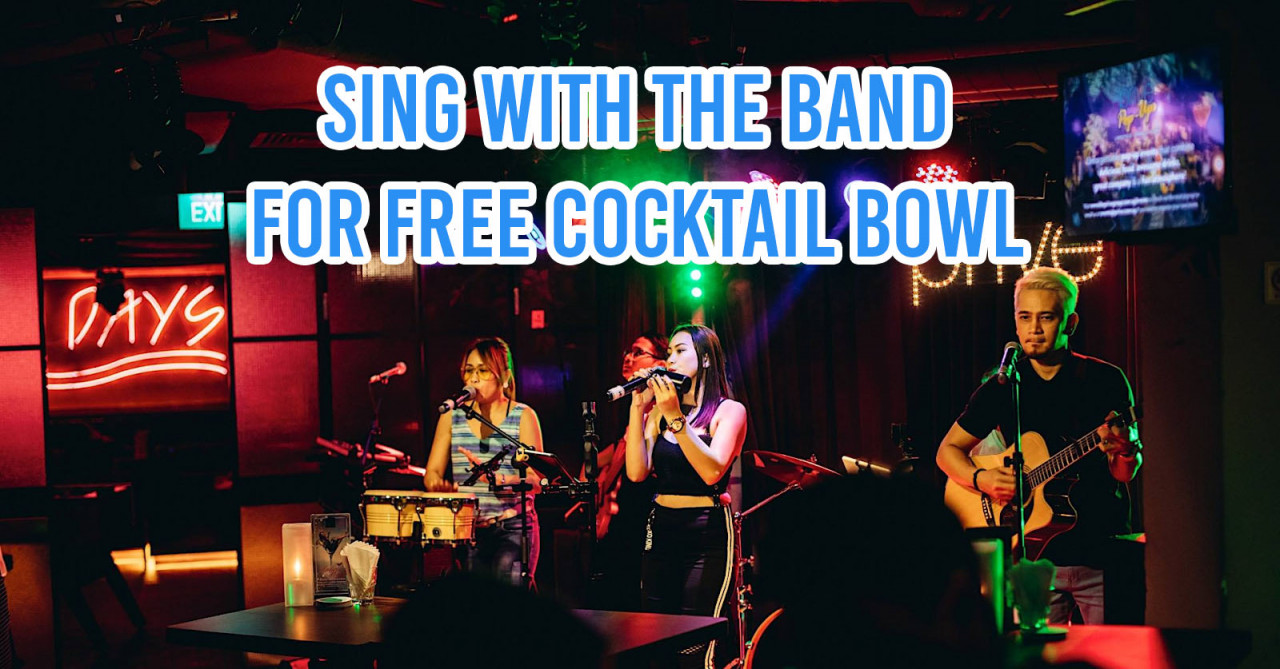 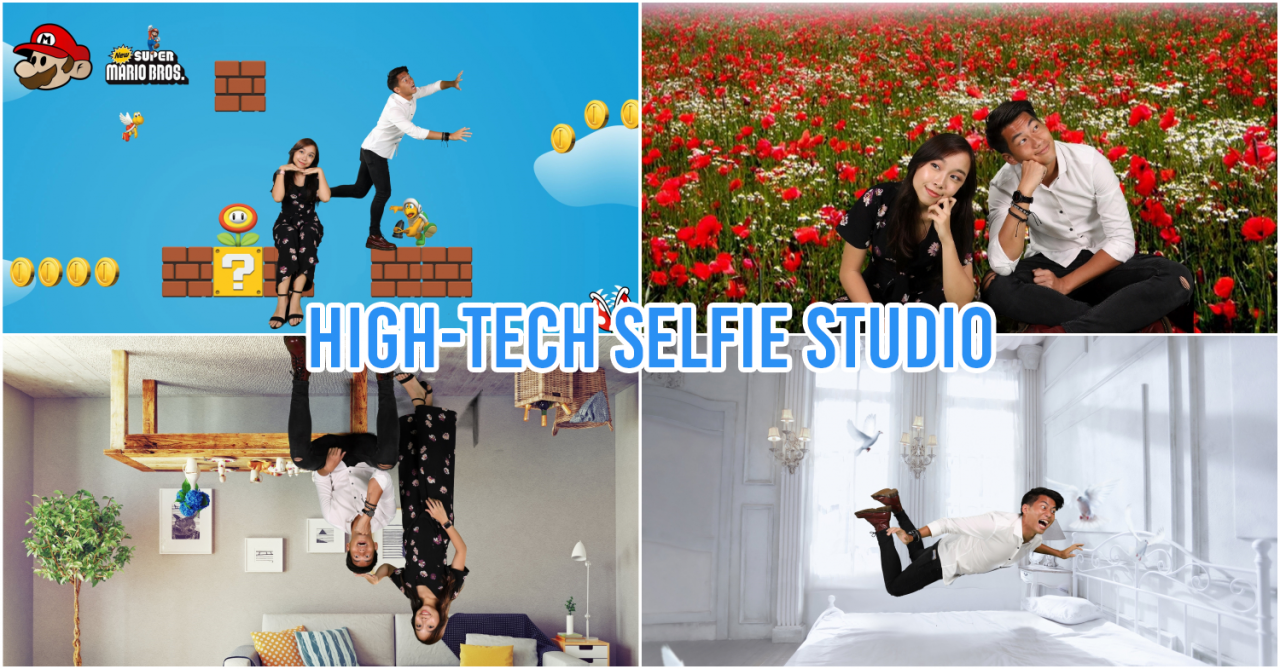