Splurging on bubble tea is something that would send our parents reeling – but truly, there’s nothing that hits the spot quite like a cup of milky elixir. Cheap and good bubble tea is rare so you may be glad to hear that popular BBT haven Playmade is giving out 1-for-1 discounts from now till 20th October 2021 at their Buona Vista MRT outlet only. 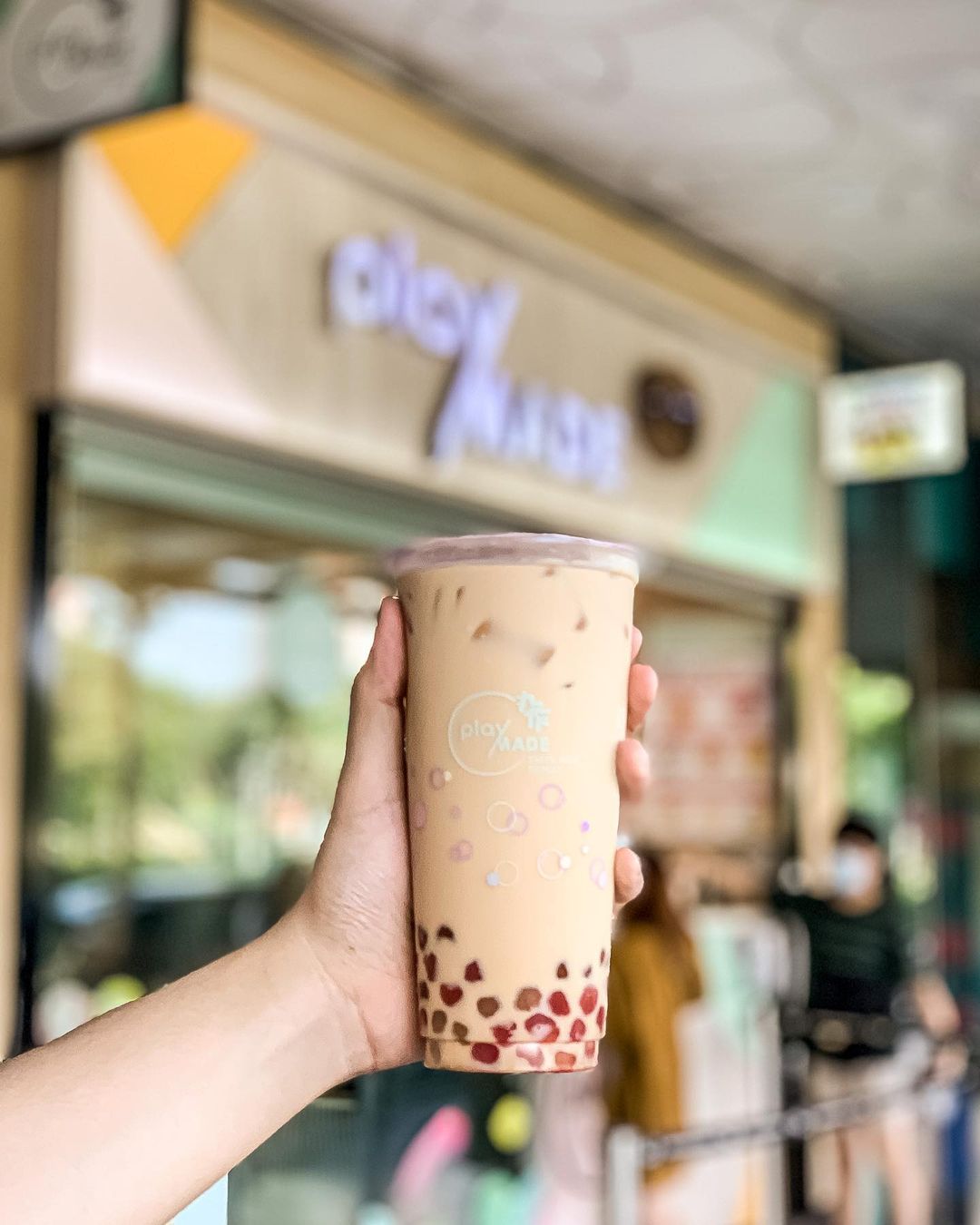 No matter if you prefer your bubble tea milky or fruity, Playmade patrons will know they have the whole range, with wacky but delicious creations like Pink Cactus drinks to boot. For two days only, the BBT store is giving out buy-1-free-1 deals for their top five bestsellers in celebration of their newest Buona Vista outlet. Perfect for all those staying or working in the area, redeem the promotion by following Playmade’s Facebook page and ordering any of the following in large only:

Pink Cactus Float Jasmine Green Tea is one of Playmade’s rarer menu items, comprising the franchise’s pink cactus-flavoured ice cream dunked in green tea. It is typically only available at a small handful of selected outlets from $5.20 so be sure to swing by Buona Vista MRT if you’d like to give it a shot.

Also, the good news is that the free drink doesn’t have to be of the same flavour, and the lower priced drink will be the one redeemed as free. If the promotional drinks aren’t your cup of tea, there’s also a merchandise giveaway happening from now till 20th October 2021: spend at least $10 on non-promotional drinks to redeem a Playmade water bottle, reusable metal straw or cup holder – your choice. The catch is that this is limited to the first 20 customers of the day only!

Redeem your 1-for-1 Playmade bubble tea

As with all the best deals, Playmade’s 1-for-1 is running for a very limited time only so you’ll want to head down as soon as possible after work or school to redeem the sweet deal. For now, they haven’t announced any limits to the number of redemptions each customer can get per day but you can check out their Facebook posts for the latest updates. 10 Unique Cafes In Seoul, South Korea - Hidden Entrances, Underground Midnight Cafes & K-Drama Sets
I Have Major Hair Loss Despite Being Young, And It's Nothing To Be Ashamed About