At this point, tuning into SG’s first reality dating show One Week Love has become a full time job for those who thrive on saucy TV. I mean, if you’ve watched the first 5 episodes and seen the explosive drama between 10 really hot singles who were living under one roof, you’d know.

In anticipation of the next episode releasing so soon I can hear the sound of singles flirting, I decided to do some digging and speak to the producers to uncover all the juicy behind-the-scenes tidbits.

Like any good reality TV show, the screening stage was intense. After 2 months of sifting through over 500 online applications, scouting hotties at the beach, and sliding into strangers’ DMs, the producers were finally able to secure 10 singletons. 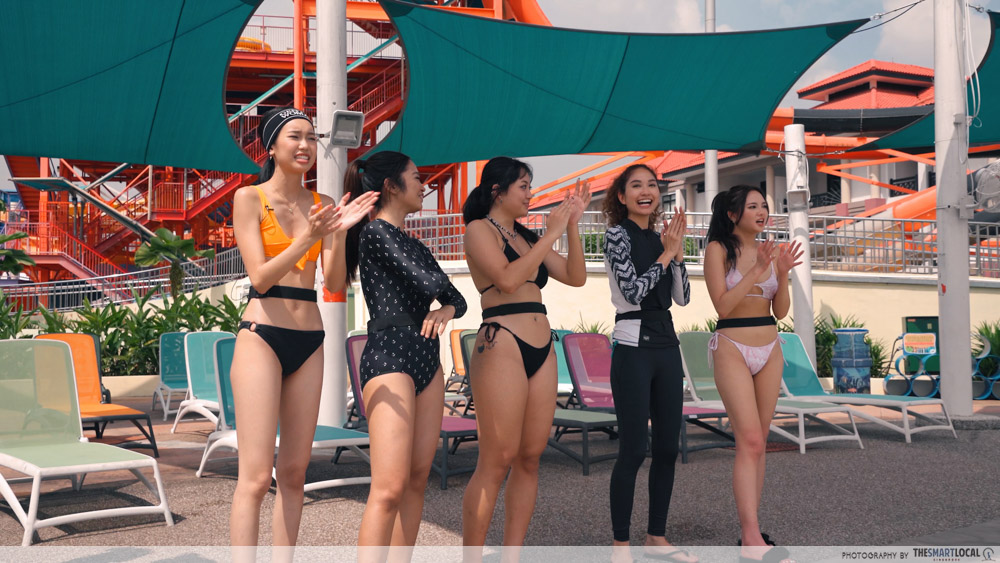 “Just from online forms alone, we got 300 applicants. Out of this, only 3 were chosen”, a producer shared.

“In order to hunt down the rest of the cast, sweat and tears were put into the process. We spent days traipsing up and down Sentosa, called up numerous modelling agencies, and bombarded hundreds of people on Instagram. It was like searching for a needle in a haystack”.

In the end, they chose 10 attractive singles whose personalities could shine through on camera. “The singles also came from different backgrounds which we thought would be able to connect IRL”, the producers said.

Here’s some good news for you: every relationship, friendship, and drama between the cast was genuine and not scripted. And yes, it was entirely up to them to hang out and talk to whomever they wanted. 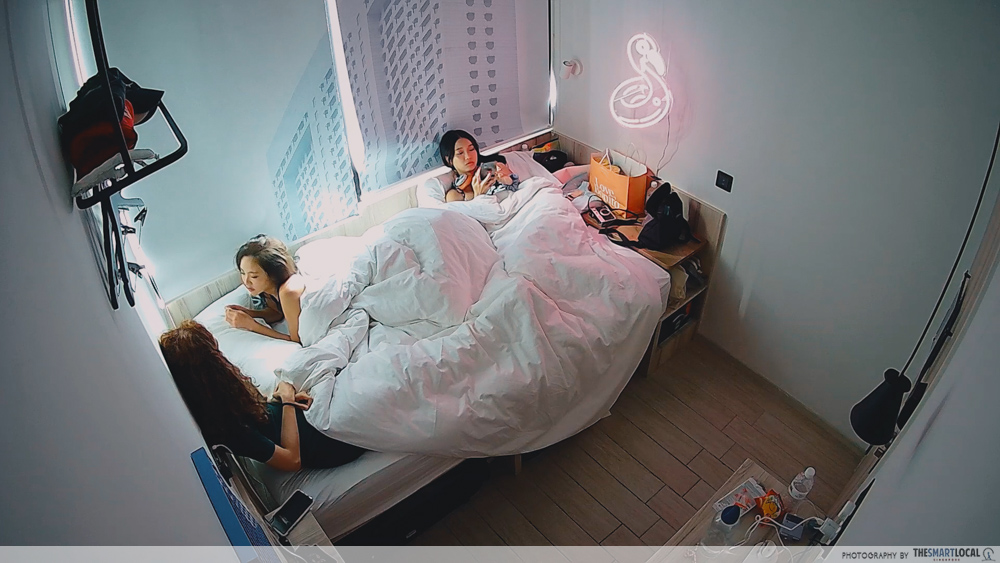 The 0.01%, however, was influenced by the producers who did a little nudging to help make things move along. “We picked up on personal problems from the cast’s daily interactions and then prompted questions to help point them in the right direction. But their answers were entirely their own words and thoughts”, said a producer.

In order to be as real as possible, big brother was always watching. Seriously, this show did not want to miss even a second of drama. 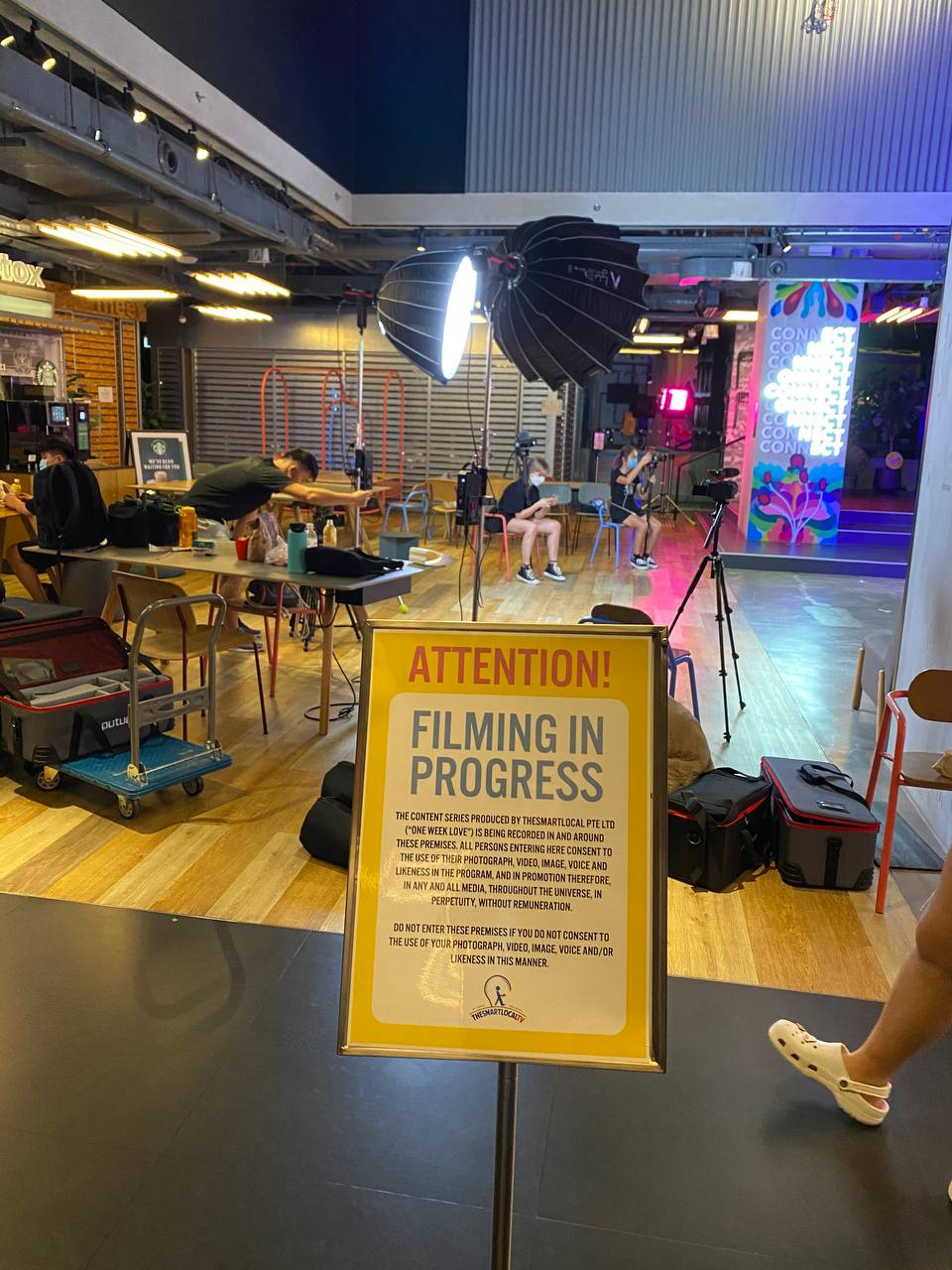 According to the producers, the cameras ran 24/7 and there were multiple CCTVs set up in the accommodation. The idea was to film everything and filter footage later on so that they wouldn’t miss out on any conversation. This, however, meant that the crew had a whopping 300+ hours of footage to sift through during post-production. 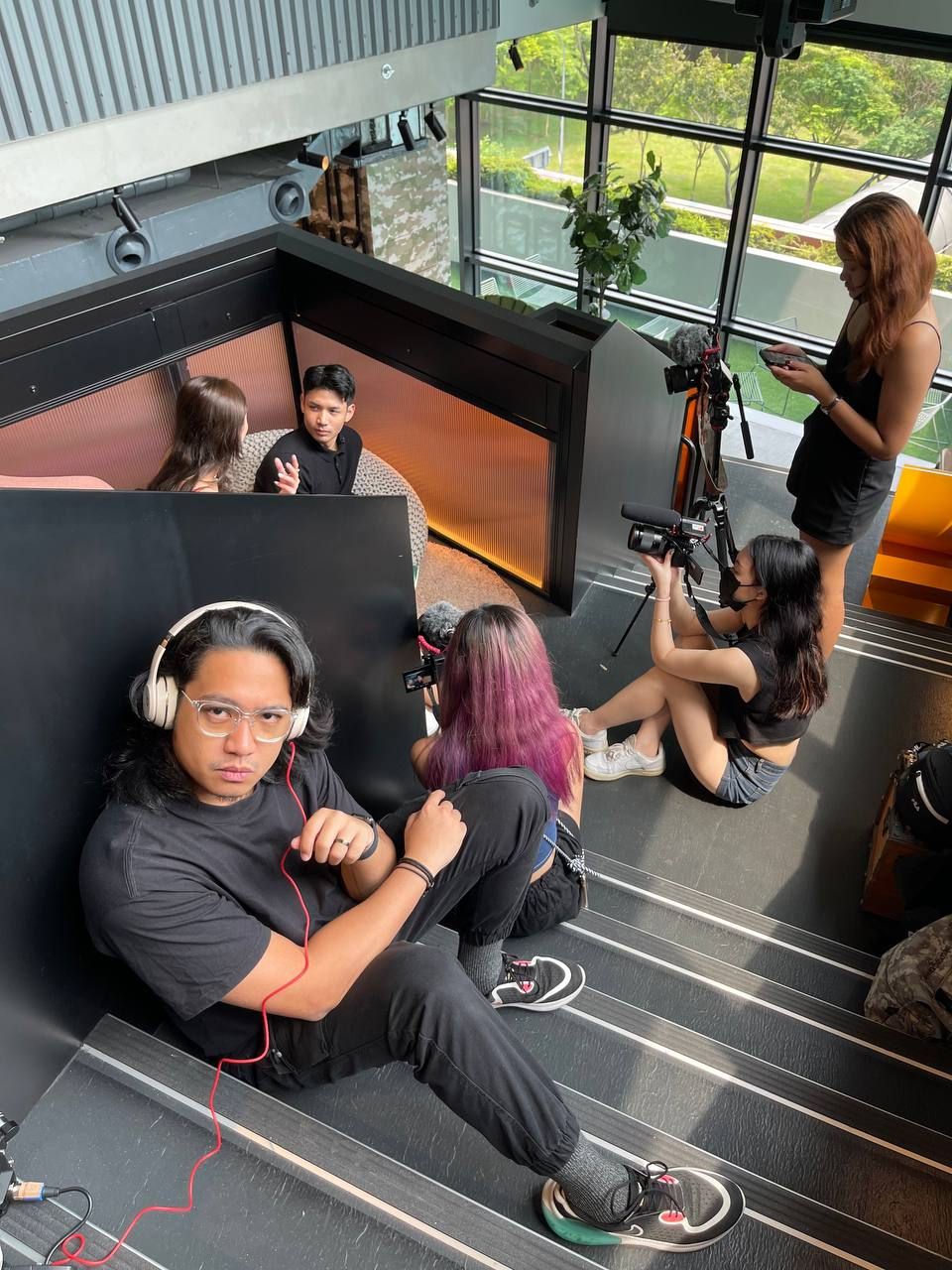 The crew listening in on the singles’ conversations.

Also get this: crew members also doubled up as sneaky eyes and ears to help gather as much tea as they could from the cast. As the singles were mic’d up for most of the day, the crew were able to instantly disseminate the freshest of tea for brewing drama.

4. The crew was secretly rooting for Dione & Oliver

Weren’t we all? Dione and Oliver had been a cute match from the start – so says the majority of the Internet. Thankfully, crew members also agreed, which was why they occasionally sent the 2 lovebirds on dates in hopes to help them form a stronger connection. 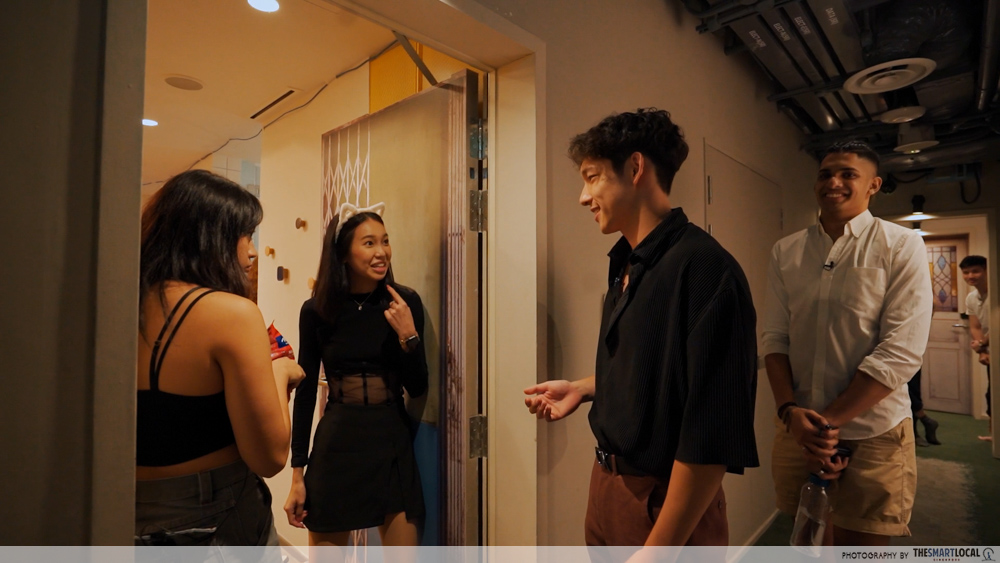 “Dione and Oliver made a pact from day one that they would try their best at a challenge to earn themselves a date. We appreciated that and wanted to make it happen”, said one of the producers.

Will they end up together? Guess we’ll have to wait and see.

5. The challenges were meant to heat things up

During the week-long quest of finding love, the cast had to participate in dozens of whacky challenges. There was a reason why these specific activities were chosen – and it wasn’t just for good TV. 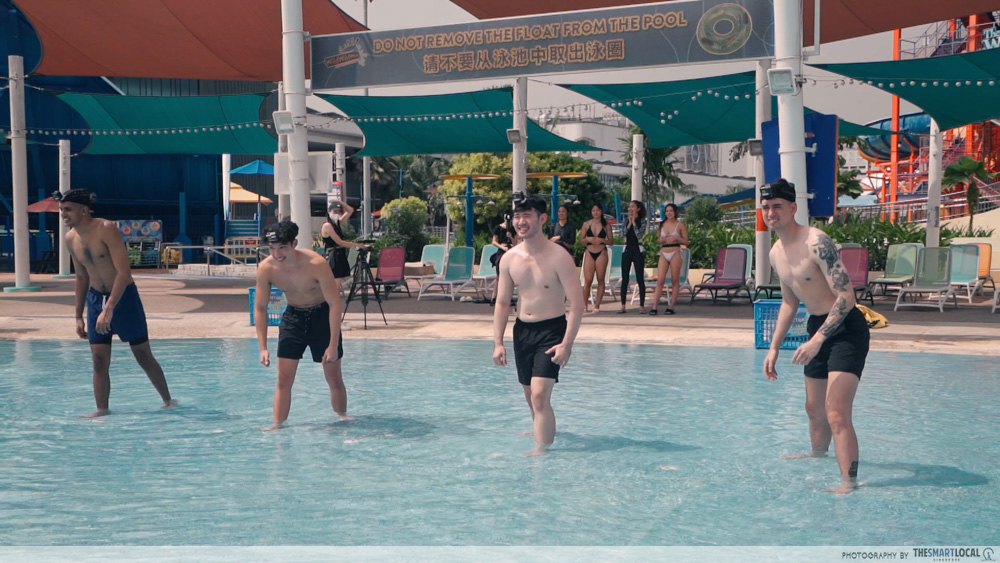 Some challenges like the Wild Wild Wet game were created to help boost a sense of competition among the cast. Others like the Nasi Lemak challenge where the singles had to cook the dish together were meant to help them bond and learn more about working together as a team.

6. Being on a reality show is not all fun and games

Most reality TV shows paint a glamorous picture on what it’s like to have cameras on 24/7. But truth is, it’s hard work. 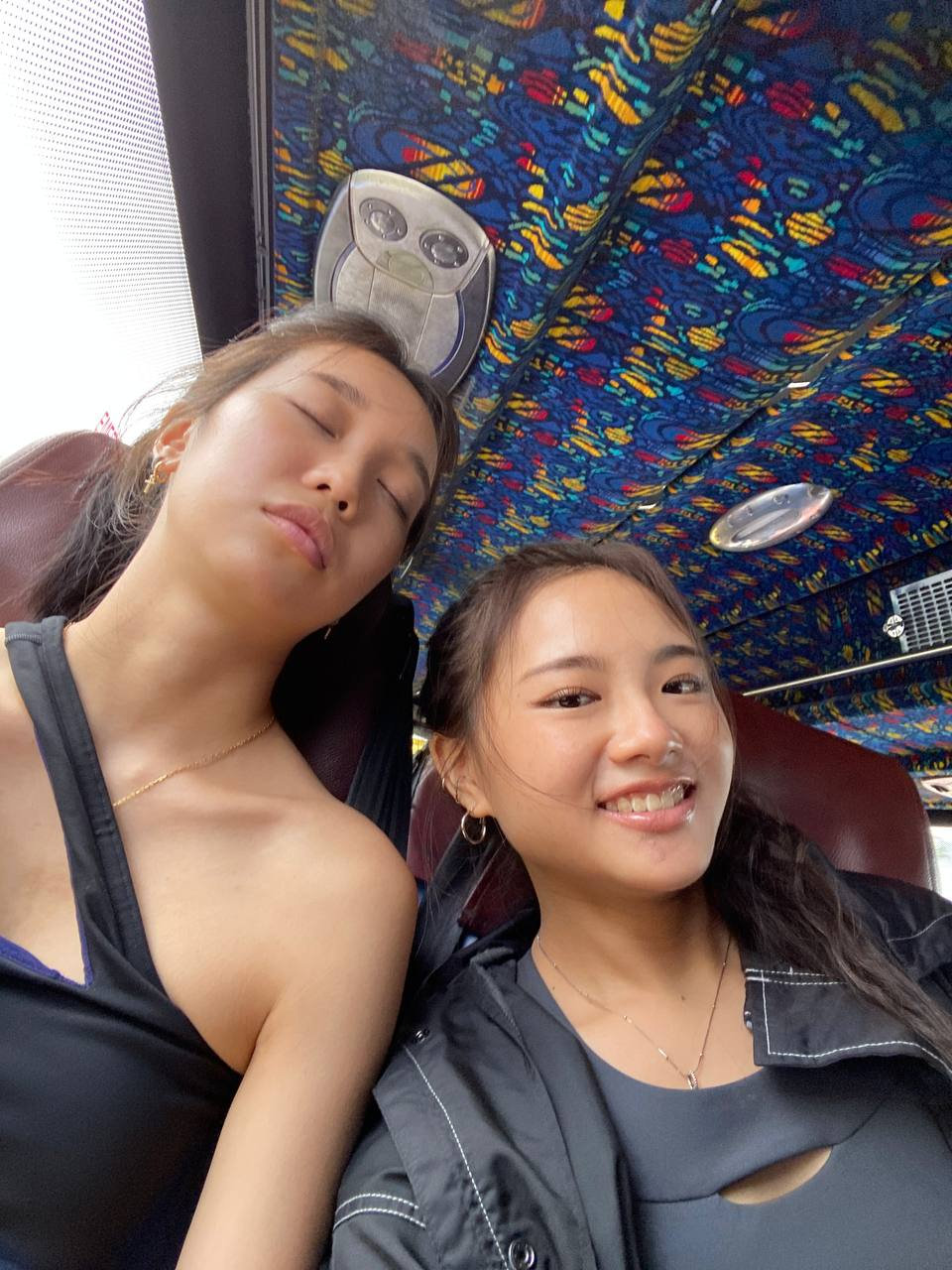 Kasey and Dione catching a quick snooze en route to one of the challenges.

Aside from the packed 7-day filming schedule, both the crew and cast barely caught much sleep. Whether it was sleepless nights from the excitement of the day’s activities, or wake-up calls as early as 6am for long days of filming, a lot of dedication and perseverance was put into the creation of the show. 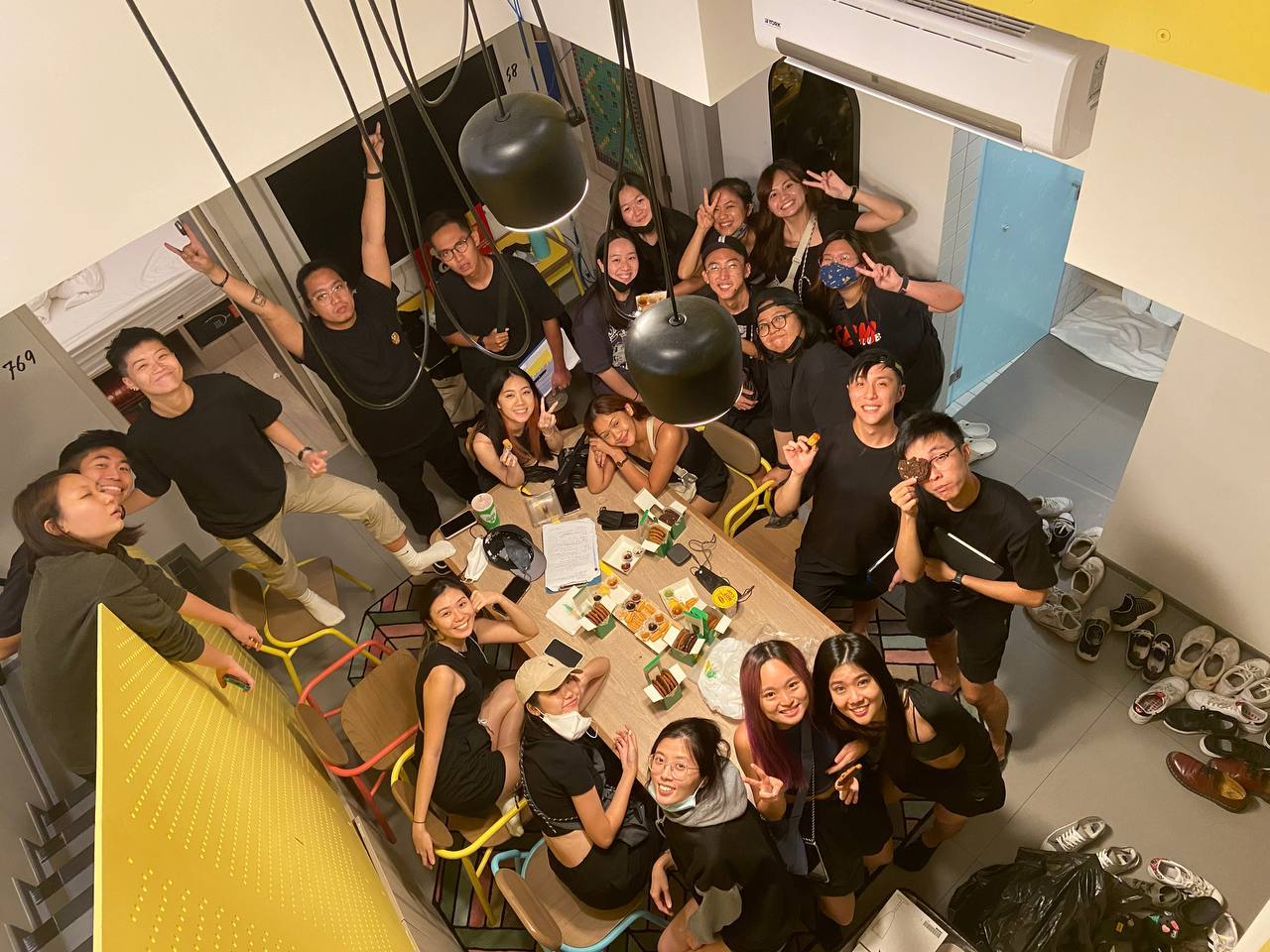 “We worked round the clock, but it was worth it as the singles got a lot more time to build organic connections with each other,” a producer shared. “This really made the entire process smoother with each day.”

7. Producers had frequent check-ins with the singles

Being filmed 24/7 by multiple cameras was no joke, and producers understood that. That was why they checked in with each cast member often, both individually and as a group, to ensure everyone’s mental health was taken care of. 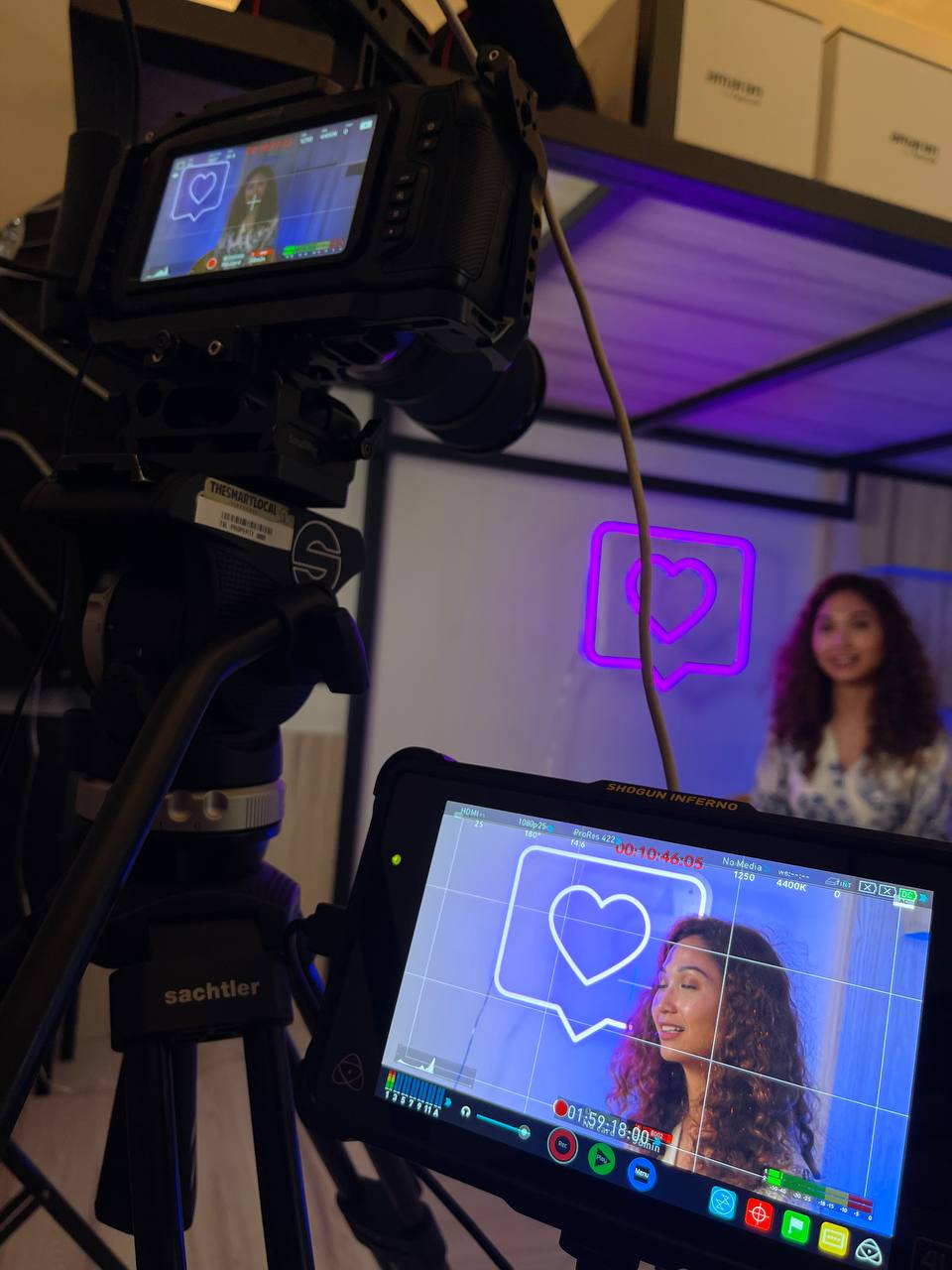 “4 days into filming, Sam started feeling overwhelmed with having cameras on him every minute of the day. In order to help, we booked a block of time every day to have a chat with him. We wanted to keep all conversations as open and honest as possible”, a producer shared.

Behind the scenes facts from One Week Love 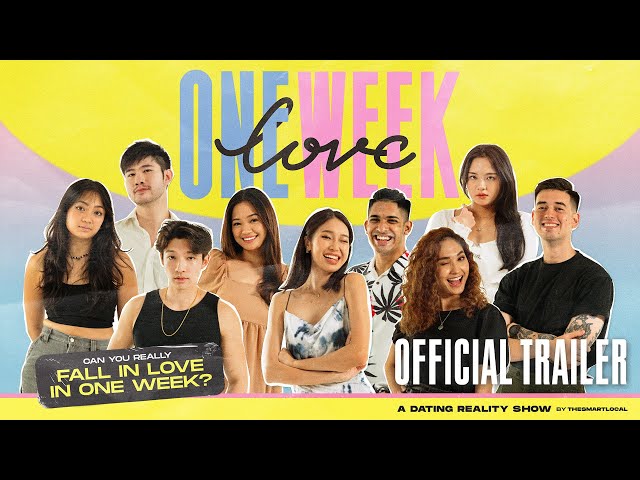 Those who haven’t already watched One Week Love, do yourself a favour and jump on the bandwagon before the 10-episode series wraps on 15th November. If you’ve been tuning in, now you know all the juicy secrets from the production team.

More drama is about to unfold, so stay tuned for new episodes every Tuesday and Thursday at 6PM 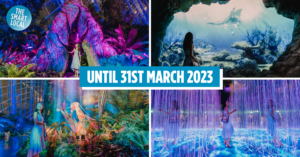 There's A New Avatar Experience At Gardens By The Bay That Brings Pandora & The Na'vi To Real Life
PARKROYAL COLLECTION Pickering Has Asia's First AMD Gaming Suite For Hardcore Gamers Who Can't Bear... 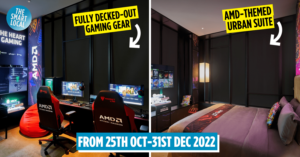