Just because many of us take pleasure in buying new shoes, it doesn’t mean that we’re ready to give up our worn-out kicks. And that’s where cobblers come in.

Instead of visiting chain outlets, many actually look for roadside cobblers to fix their shoes. These uncles (and aunties) are masters of their craft, and they bring an extra personal touch to the job done. So before you blow your cash on an expensive repair job, check out these 7 old-school cobblers in Singapore that can help you fix your shoes for cheap. Image credit: This Is Yishun

No stranger to the media, Mr Yamaguchi Taro is pretty much a mini-celeb when it comes to shoe repair. Based in Yishun, Mr Yamaguchi charges as low as $2 for a simple shoe mending job.

Mr Yamaguchi is quite the character – he speaks about 4 languages, makes his own clogs, and has passed on the skill of cobbling to his daughter, who has her own stall too! He also enjoys chatting with his customers and uses a solar panel to power his fluorescent light.

He doesn’t exactly have a physical store but uses a DIY storage unit which he can easily transport. You can find him at Yishun Bus interchange. Though it’s a difficult job, Mr Yamaguchi believes that such a job is rewarding and doesn’t plan on retiring any time soon. 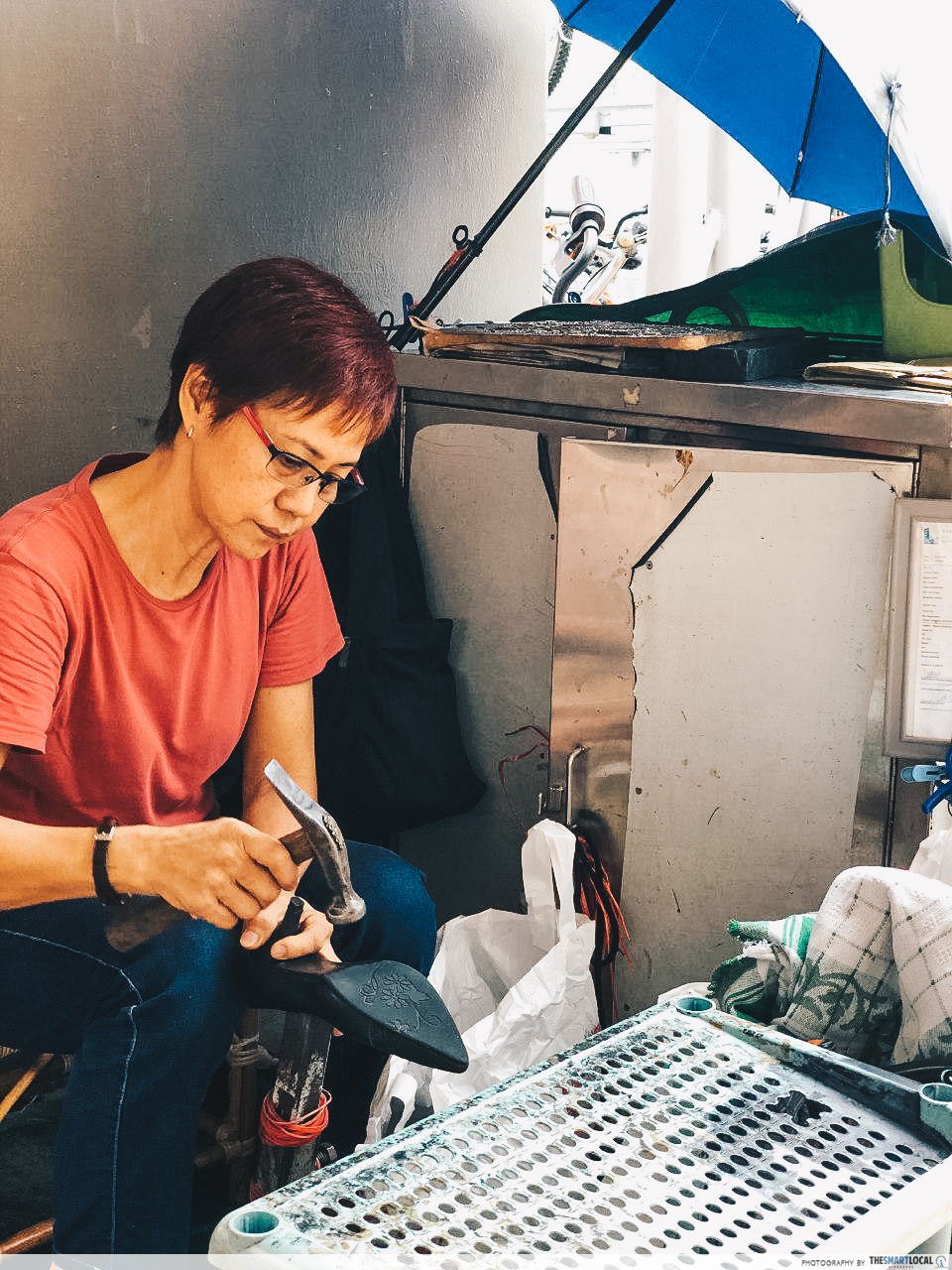 Longtime residents of Simei would know that Mr Yee’s shoe repair services are more affordable compared to the ones in the nearby EastPoint mall. The business is run by Mr Yee and wife, and they take turns manning the store throughout the day. They’ve also been in the same spot for 18 years,  just outside Simei MRT. Simple repairs cost around $5 but more tedious jobs that require stitching are charged at around $25. 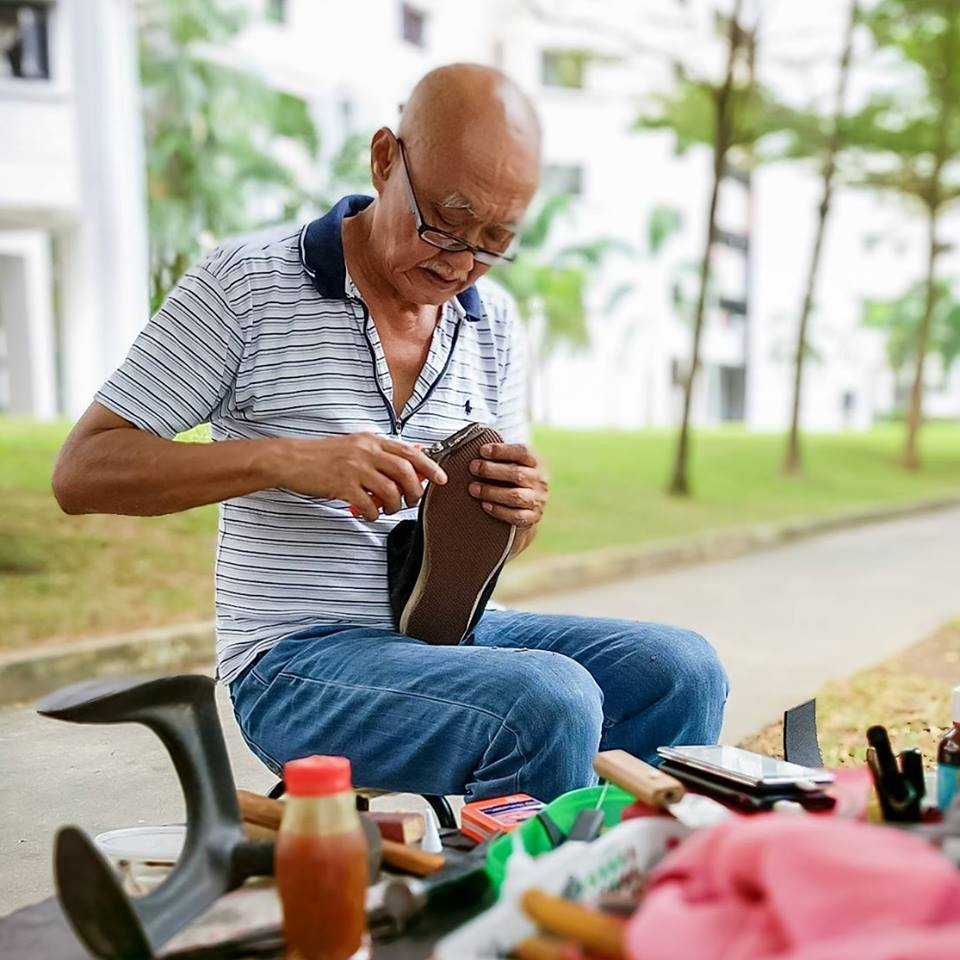 If you’re looking to fix your busted 6-inch stiletto heels after a rough night of partying, Uncle Tan can help you with that for just $5. One look at his weathered hands and large collection of tools will tell you that he’s more than qualified when it comes to bringing shoes back to life. 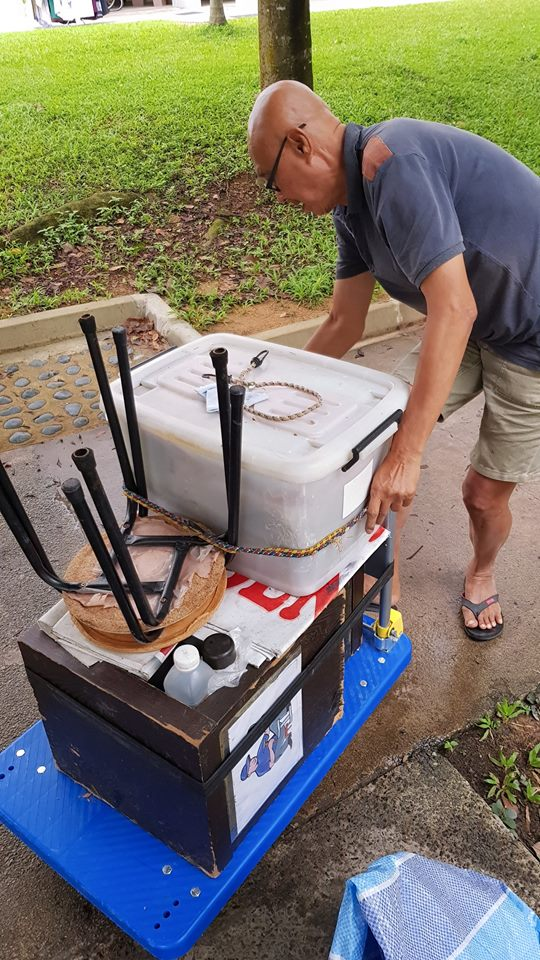 His trusty trolley holds all he needs to run his business.

Uncle Tan may be in his golden years, but he keeps up with the times and posts updates on his Facebook page so before going down, check his posts to see if he’s working that day. Alternatively, you can also Whatsapp him to see if he’s available.

He loves having conversations with his customers, so stay a little and have a chat with him!

Fun fact: Uncle Tan has a black belt in Taekwondo. 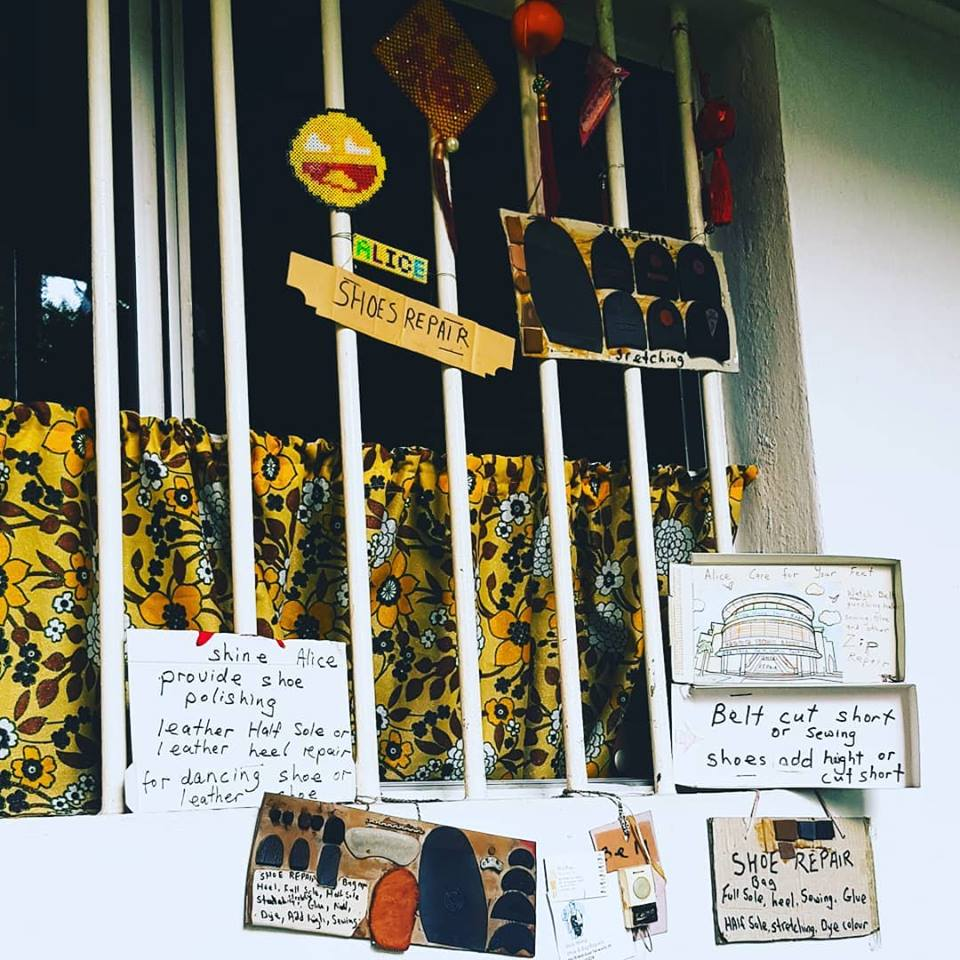 Miss Alice Wong has been mending shoes for about 50 years. She learned to cobble on her own at 16 years old and has never looked back since. Unlike most cobblers that set up a pushcart, she runs her business from the comfort of her home.

“Some people find a $10 shoe repair too expensive, it’s cheaper to buy than to repair”, she quips. “This mentality is why cobbler culture is losing its place.” According to Miss Wong, scrimping on shoes is bad for one’s health, so you might want to think twice before making that $6 purchase from Taobao.

Miss Wong believes that while being a cobbler is tough, one can get by if one knows how to save money. Apart from shoes, she also fixes and dyes handbags.

Note: Quotes have been modified for clarity Affectionately known as Uncle Lee, this friendly uncle has been a familiar face to the residents of Woodlands Drive. Setting up his small area by simply laying out his tools, he sits there daily and charges around $10 to mend shoes.

6. Mr Paul Street Cobbler And Shoe Repair at Clementi – from $6 Cobblers under the block are getting rarer these days as people opt for more well-known establishments to get their kicks restored. Mr Paul Street Cobbler is one of the few cobblers left where you can get a heel fixed for a mere $6-$7.

His makeshift pushcart is stationed beside Ma Kuang TCM.  Mr Paul and his wife take turns to run their little pushcart and they enjoy chatting with their customers. 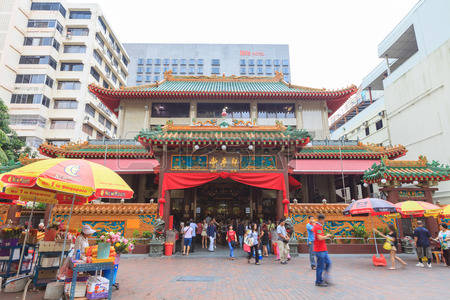 Charging only $2 to replace a stiletto tip is Mr Lee Tai Chin, who, surprisingly, only started his business at the ripe old age of 60. He picked up cobbling from his shifu as a child, but it was only after the 2002 recession that he set up shop along Waterloo street.

Sometimes, if the job is really simple, Mr Lee won’t charge his customers at all, but typically, a glue job costs $8 and stitching $18.

The resourceful Mr Lee managed to fashion a machine powered by an old air-conditioner machine that helps him with polishing shoes and sanding down rubber soles. 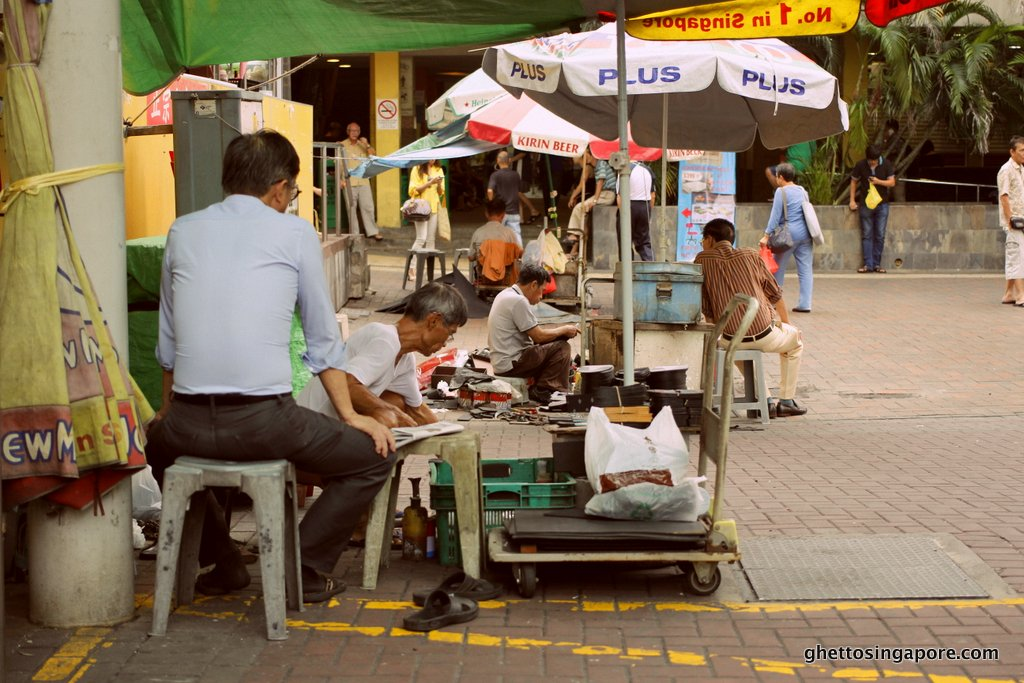 Outside People’s Park Complex lies a small community of cobblers – elderly men hunched over in their makeshift stores, waiting for customers, having a chat with their fellow cobblers. This area where they gather is known as Cobbler Square.

Prices vary from cobbler to cobbler, but it sure is cheaper than getting your shoes fixed from stores located in shopping malls.

With so many years of experience, these street cobblers are skilled masters of their craft. In fact, they may even be able to do a better job at half the price. Instead of conveniently dropping your shoes off at chain outlets, try visiting an old-school cobbler, and have a conversation with them while you’re at it – who knows, you might gain a new perspective on life when you hear about their experiences. 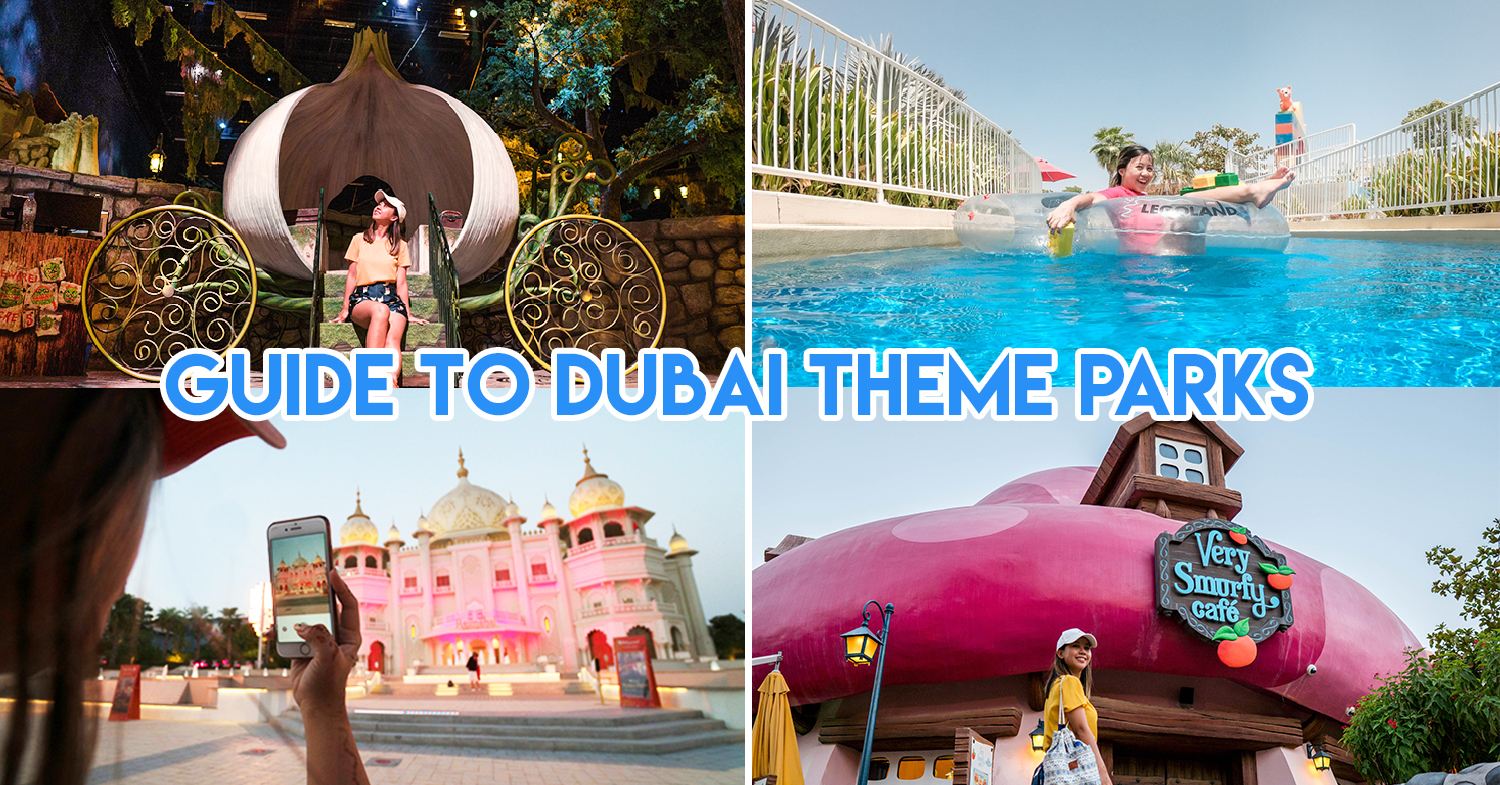