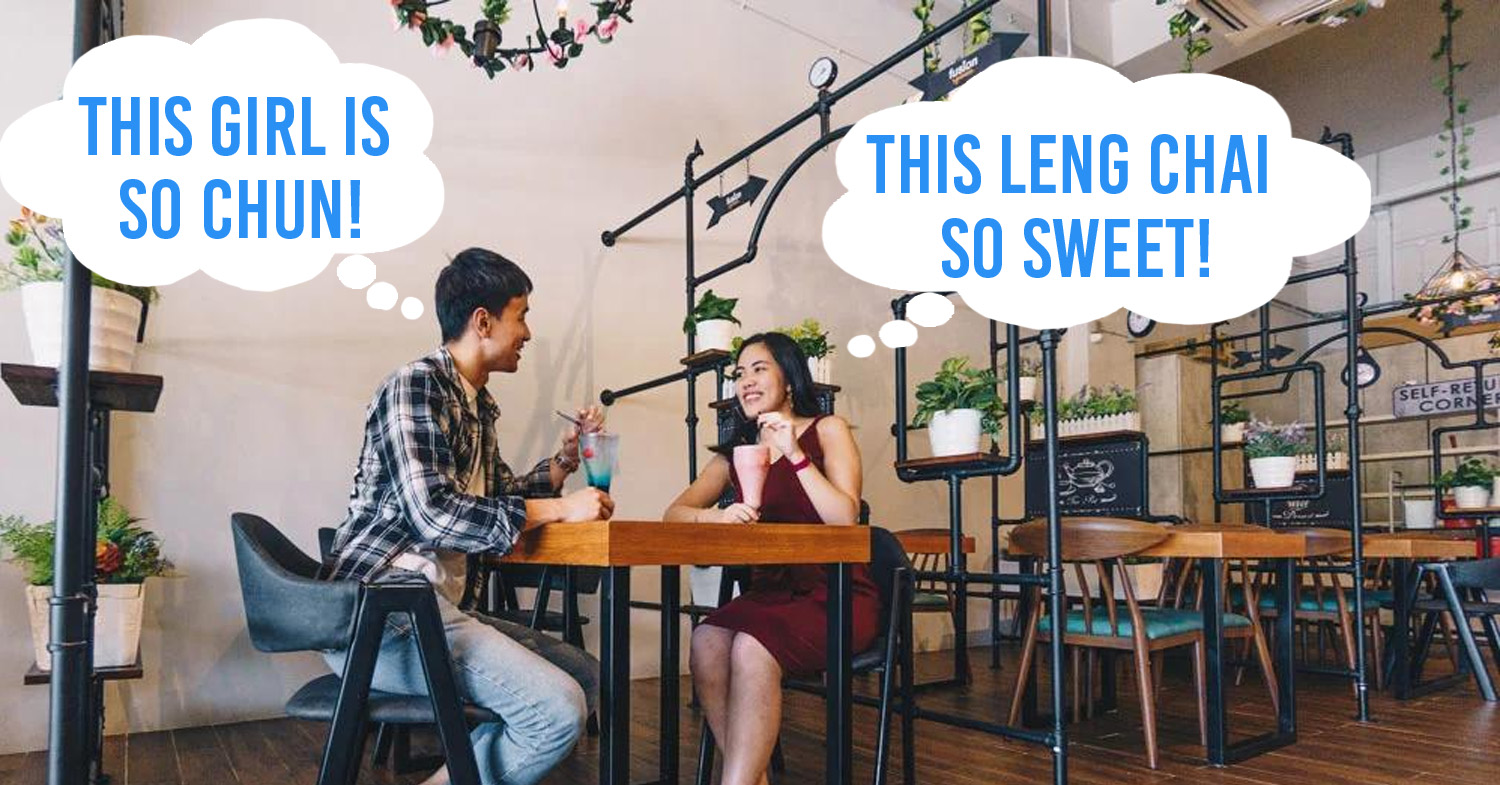 We Malaysians can get very creative with our word choices. Forget the fancy pants ang moh vocabulary. Not many countries are able to speak a full sentence that combines different languages and still have people understand what they’re saying. But, we Malaysians can.

We’re so used to speaking Rojak English that some of us can’t speak proper English to save our lives. But that’s what makes us so unique, right? Here’s what I’m talking about. 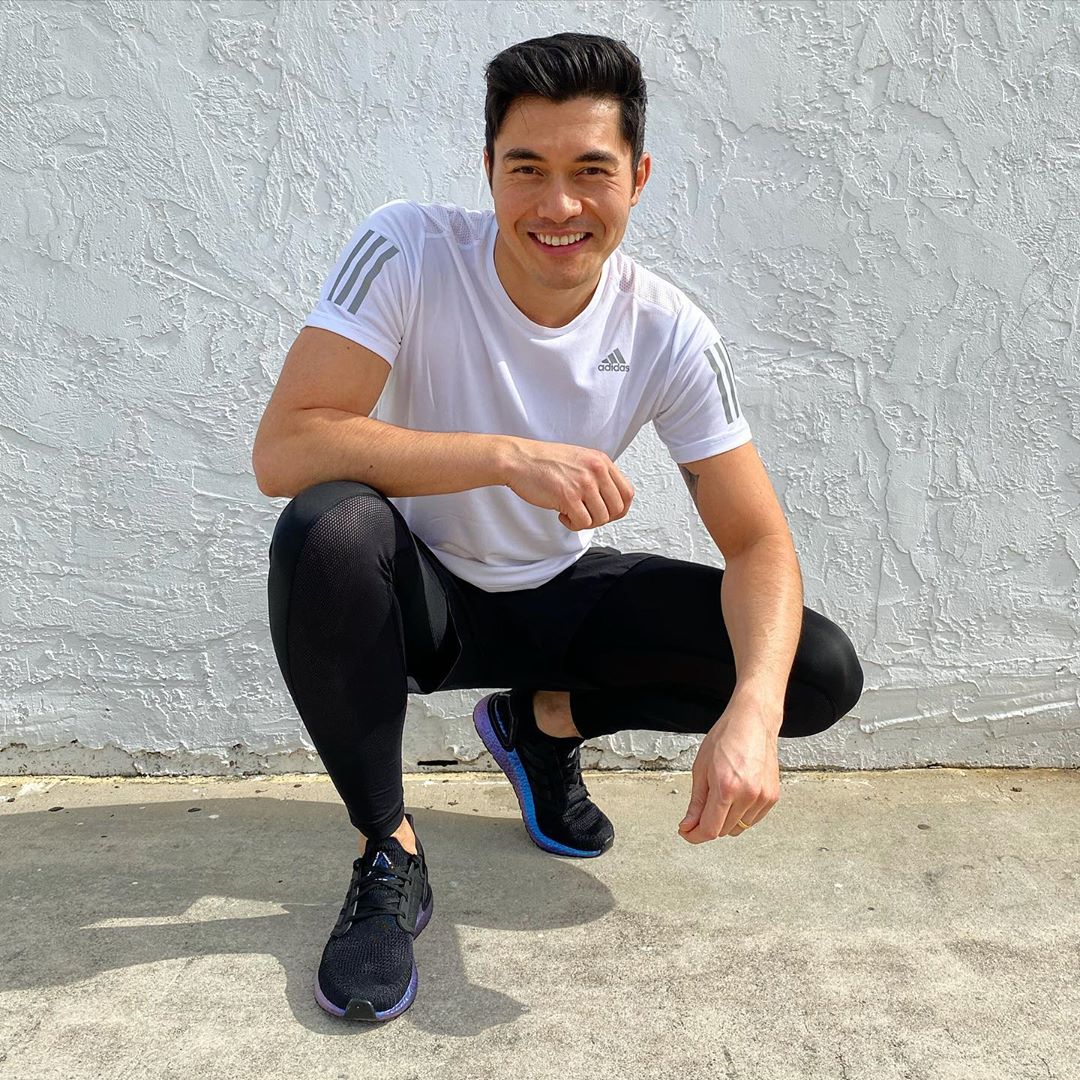 While these words are normally used as a compliment, we Malaysians sometimes call random strangers “ Eh, Leng Zai!” or “Eh, you Leng Lui over there”,  to get their attention, rather than the usual “excuse me”.

Meaning: Not to be confused with your actual boss at work. It’s what we call either the workers or the customers at your typical mamak stall – yes, it works both ways. Also works between taxi or ride sharing drivers and riders. 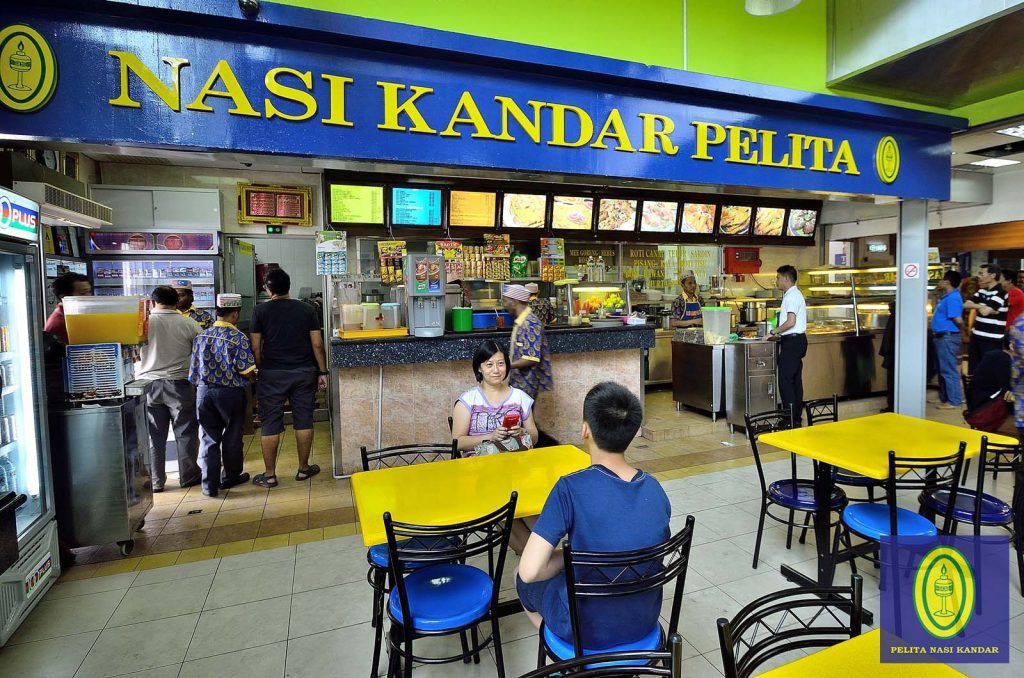 Used in a sentence:
Customer: Excuse me sir, there are cows lining up outside this bank. 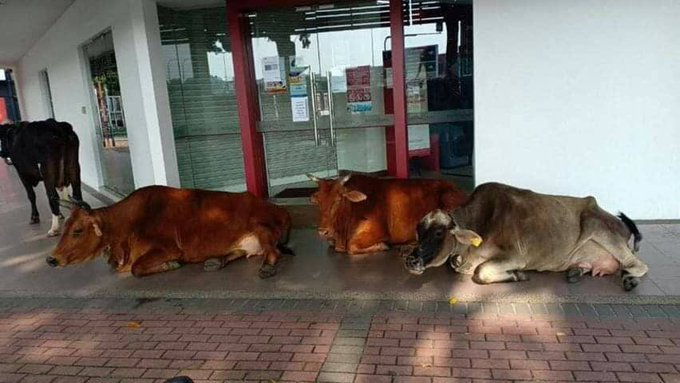 Meaning: Yum Cha is another word derived from the Cantonese language. Yum Cha (饮茶) literally means “drink tea”, it is an act of drinking Chinese tea and having dim sum for the Chinese. Nowadays Malaysians use the word to mean “hang out” or to have a high tea of sorts. 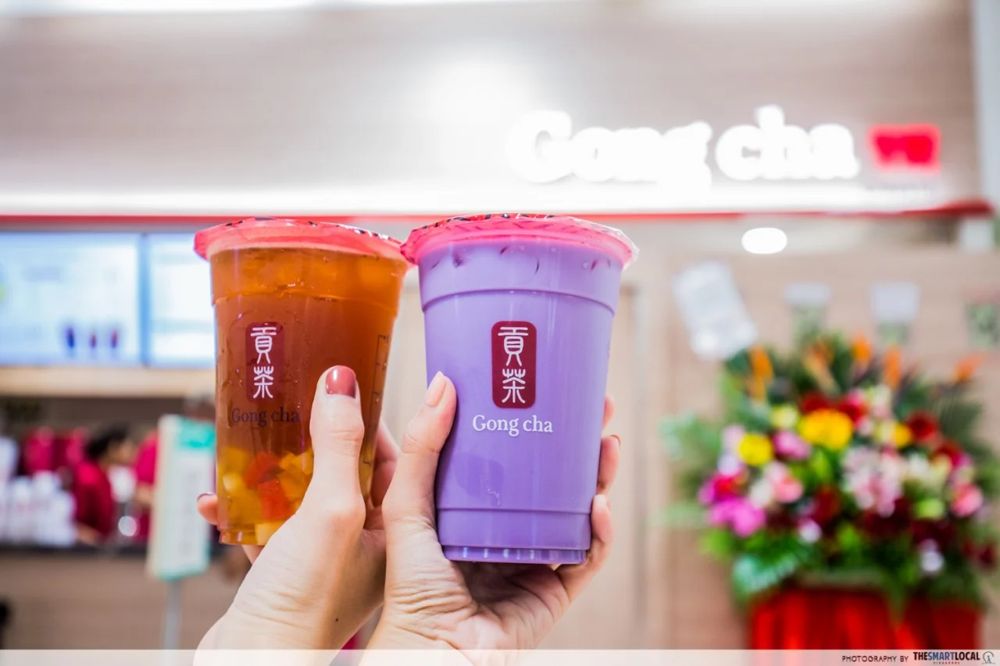 Meaning: To back out of a previously agreed upon meeting at the last minute. FFK is basically the shortened version of Fong Fei Kei, but since it’s in all caps, it does the job of sounding much angrier. “Fly Aeroplane” is an english way of saying it, as in, our friend must’ve ditched us because he went to fly an aeroplane.

Meaning: A word used to describe the feeling of surprise or disbelief.

Used in a sentence:
A: I think I saw a ghost behind you.
B: *Turns around* Walao eh! 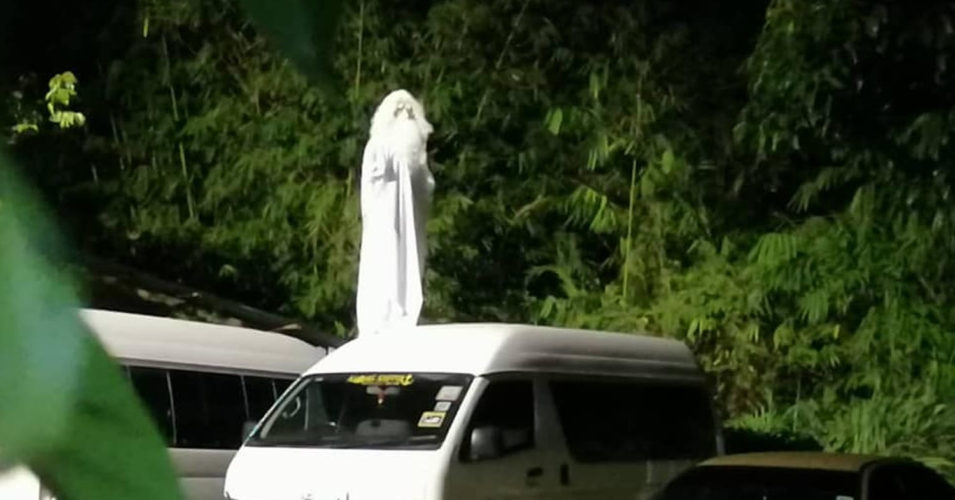 Meaning: Chup has 2 meanings: On one hand it means “wait”, and on the other it means “I’ve claimed this.”

Used in sentence:
A: Can you chup this seat for me and help me order a drink?
B: Chup, I need to pick up this call first.

Meaning: It can be used in several ways, but more or less indicates a stamp of approval. 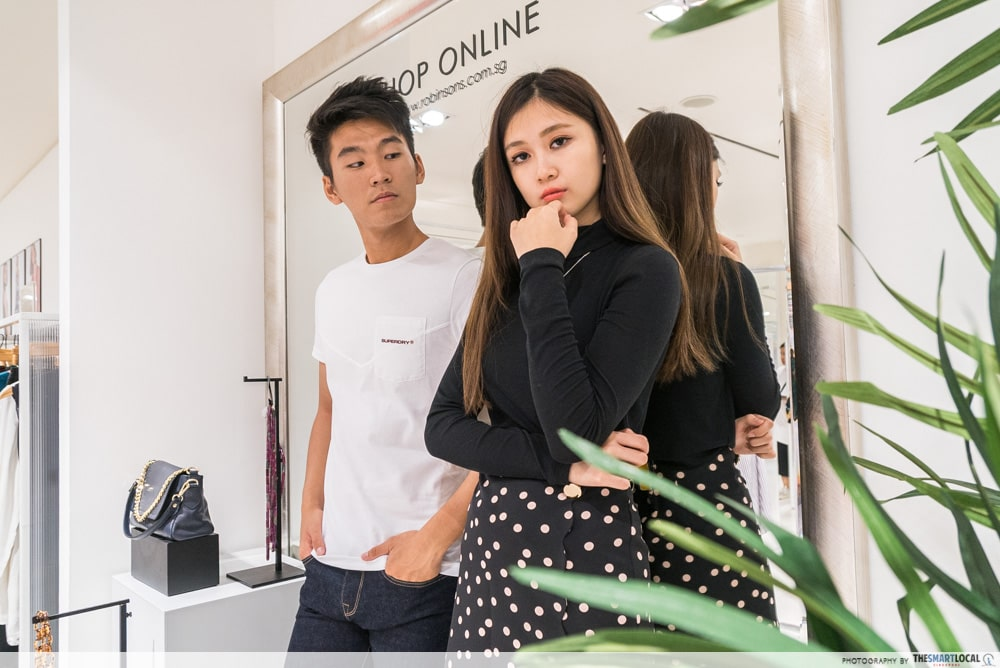 Used in a sentence:
A: Wah that girl is damn pretty, she’s so chun.
B: I heard she likes you.
A: Chun, I’ll ask her out.

Meaning: Belanja is a Malay word that means to treat someone to something – usually a meal or drink.

Most commonly used with buddies who are broke, or if you’re casually trying to ask someone out on a date. 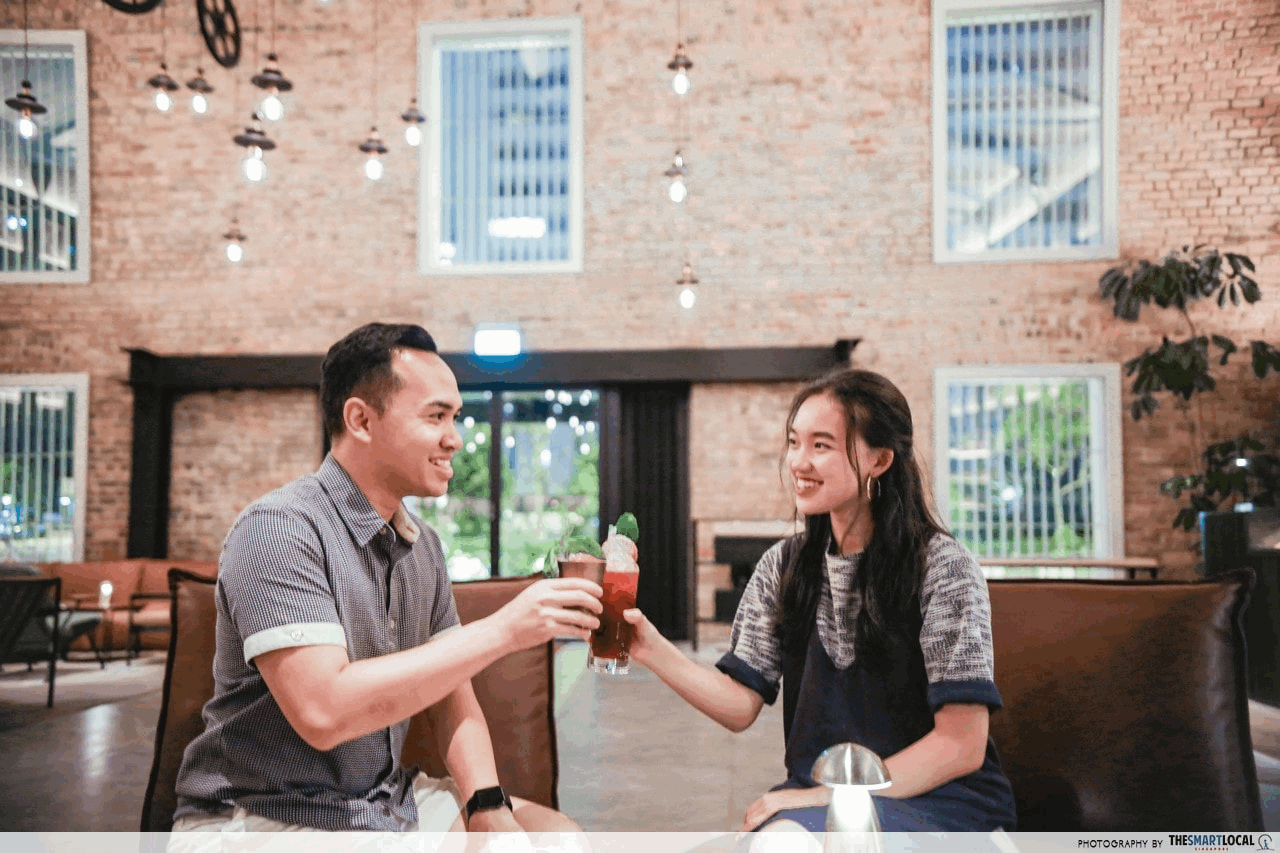 Used in a sentence:
A: I can’t go out – I spent all my money on bubble tea.
B: It’s okay, I belanja you this time.

Meaning: Perasan is actually a Malay word that means “notice”, but for some reason it ventured out of its origins and now we Malaysians use it to say “don’t flatter yourself”.

Used in a sentence:
A: Omg that guy can’t stop staring at me!
B: Don’t perasan la.

Meaning: Amazing, or something that feels good. 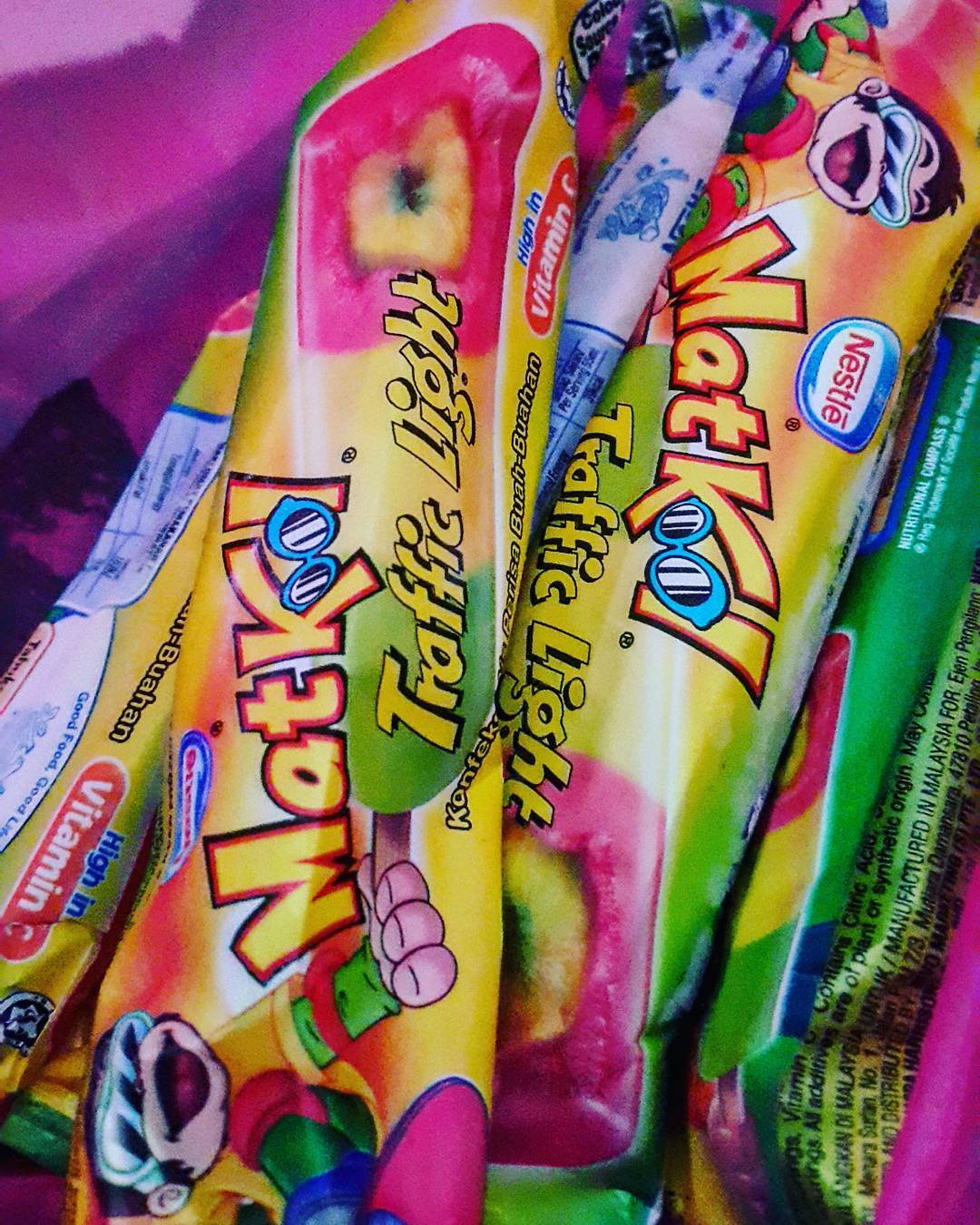 Meaning: A term used to describe a good moment being ruined, kind of synonymous to the English word “killjoy”.

Usually used after something syok has been taken away from you.

Used in a sentence:
A: OMG! I see a parking spot up ahead!
A: Damnit it’s a MyVi. Potong stim.

Meaning: Literal meaning is “get”. Can be used in pretty much any context, like to get punished, to fall sick, and even to strike the lottery.

But it’s often used for dramatic effect since it sends chills down any misbehaving kid’s spine. MCO violators in Malaysia kena arrested by the police
Image adapted from: Bernama

Used in a sentence: Don’t be naughty, or else you’ll kena.

Meaning: A Malay word that means to tease, disturb or disrupt someone or something.

Used in a sentence:
Mom: Don’t kacau the cat.
Kid: We’re not. Meaning: You’re in irreparable trouble and there’s an extremely high likelihood that punishment will follow.

Used in a sentence: The cat tore up mum’s tudung while I was playing with it. Mampuslah when she finds out.

Meaning: Kantoi is a word used when someone gets caught red handed, or in other words, busted. 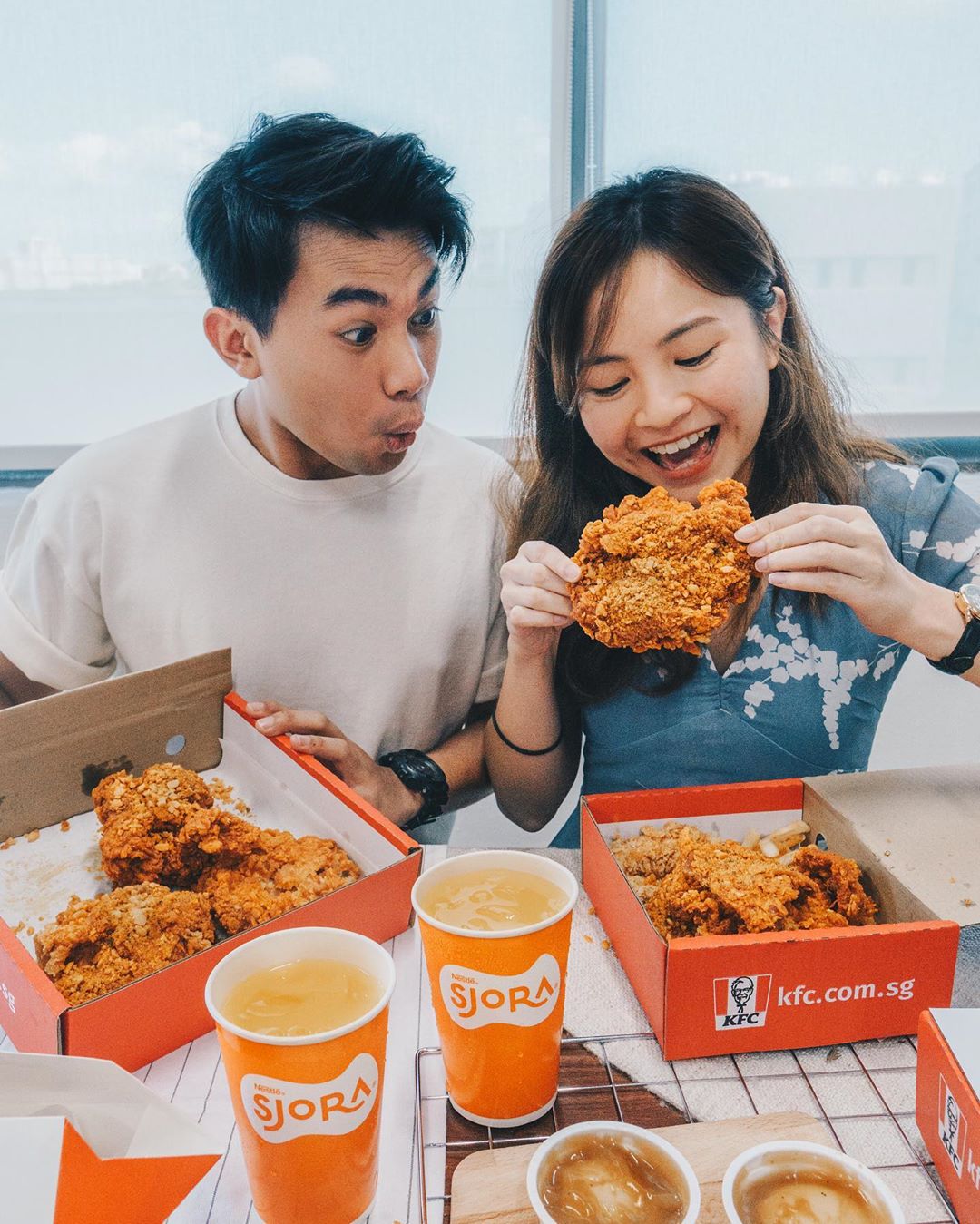 Used in a sentence: I found out you like that girl! Kantoi! Meaning: Apparently Gostan is derived from the nautical English phrase “go astern” which means “to go backwards”. Nowadays we Malaysians use it to mean “reverse” (a vehicle).

Meaning: Tapau comes from the Chinese word 打包 (da bao) which means take away (food). It’s pronounced exactly the way its spelt, and is a universally recognised word in Malaysia, especially when someone stands up during lunch and exclaims, “Tapau, guys?” 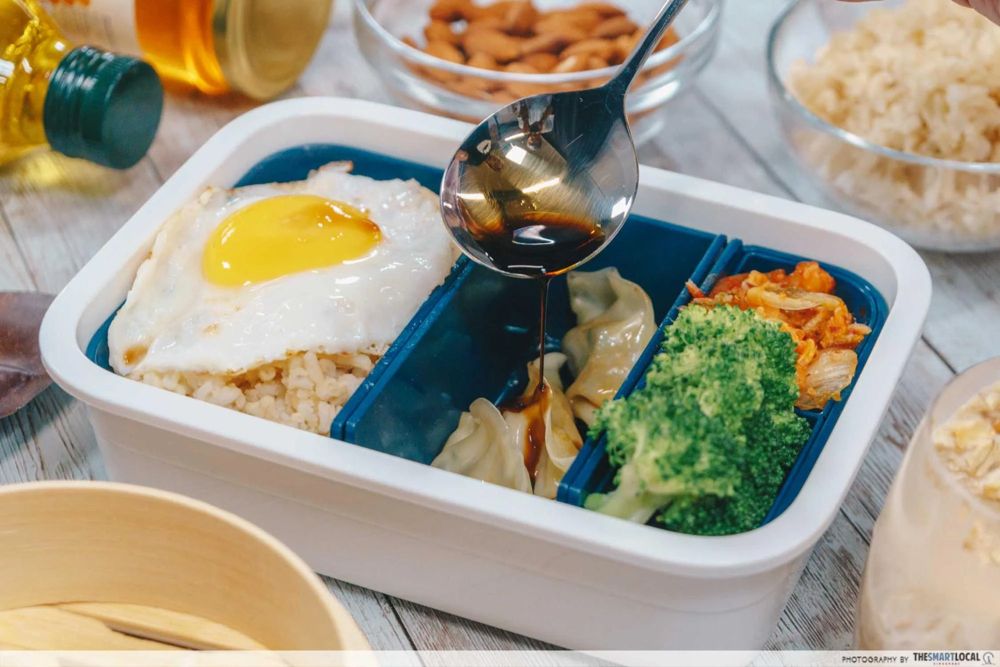 Meaning: No one really knows what language geng is derived from. But it’s most understandably a sound that people make when describing something as impressive.

Not to be confused with “gang” – as in gang members. It’s pronounced “g-eh-ng”, which rhymes with ah beng. 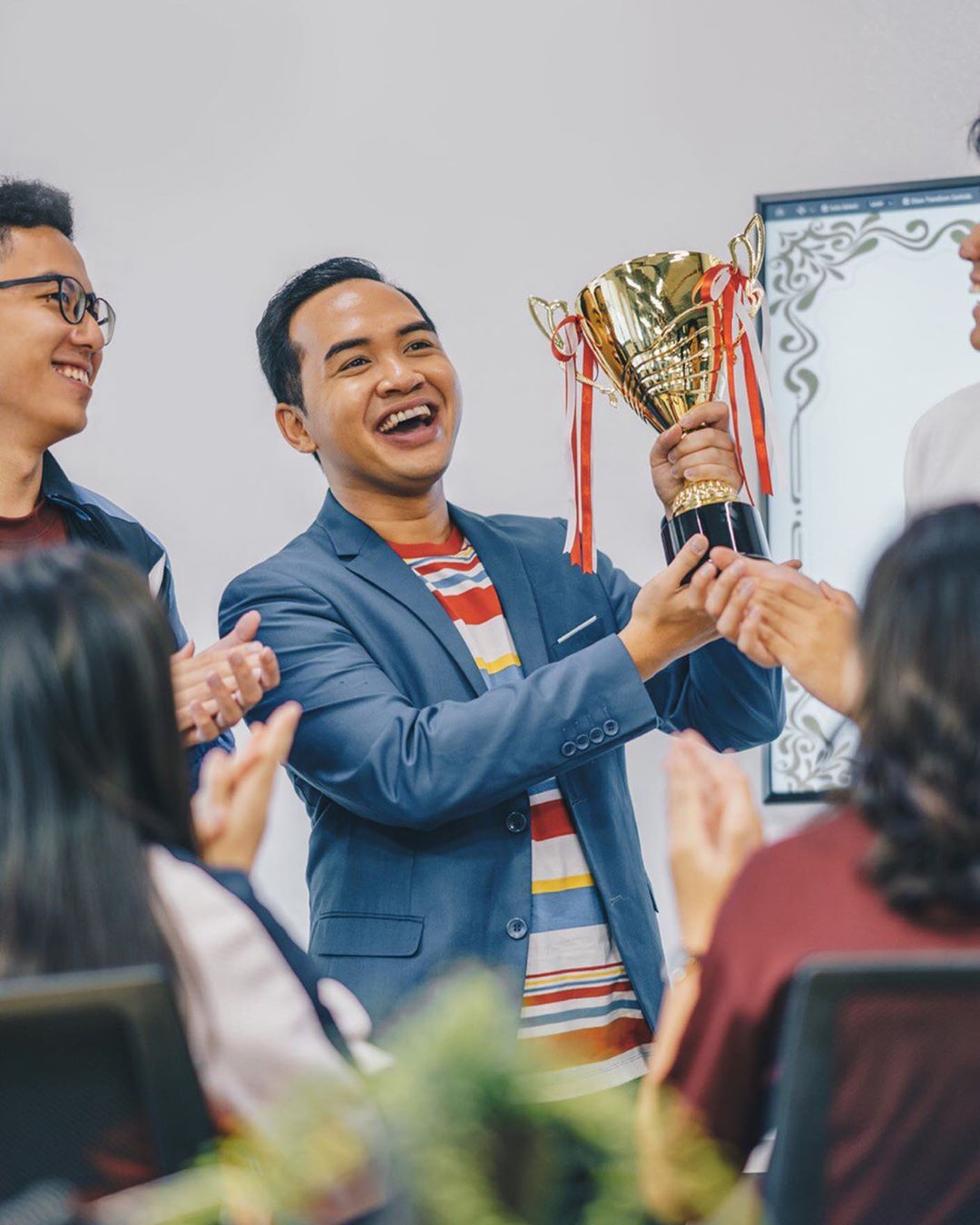 Used in a sentence: You scored 98% on your exam? So geng ah you?

Meaning: Bo Jio derives from the Hokkien word that means “never invite”, we Malaysians normally use it to people who didn’t invite us to a certain event, outing or gathering.

Warning: May cause irritation or annoyance for the other party. Expect a response as such: “Jio you also won’t come lah!” 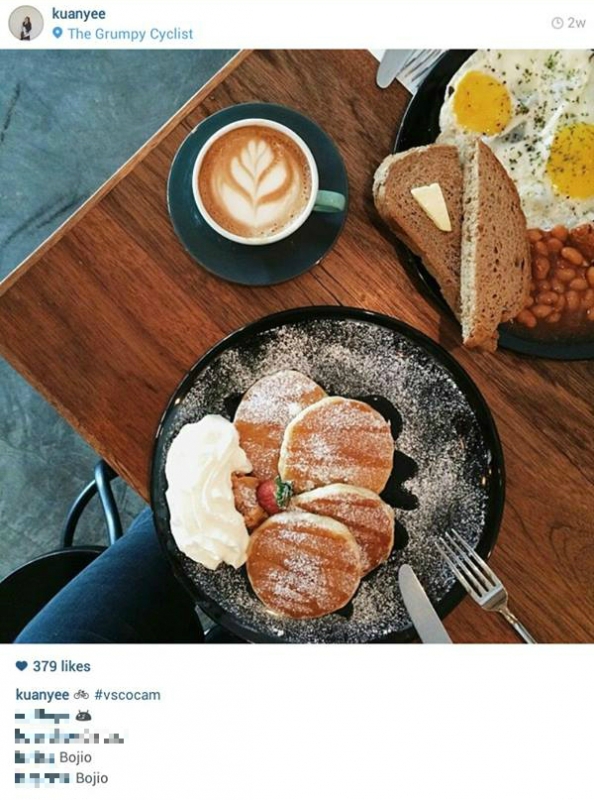 Meaning: A sarcastic remark to indicate stating the obvious.

Slang words only Malaysians use

Every true blue Malaysian would’ve used their share of these slang words in a lifetime. And if you’re not Malaysian, this guide will help you understand how we truly express ourselves – proudly, at that.

You can also check out our guide to Singlish. 8 Places To Get Jigsaw Puzzles Online In Singapore For Brain Teasing And Family Bonding At Home
Dessert Guru Has A DIY Bubble Tea & Dessert Pack For You To Sate Your... 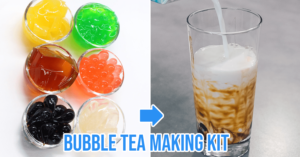