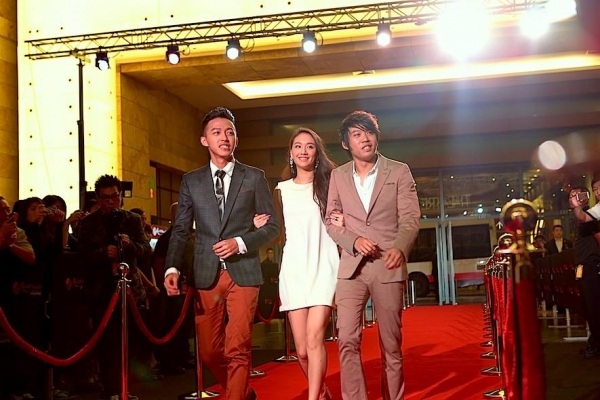 Just like in Andy Lau’s Firestorm world premiere, the Resorts World Sentosa theatre was transformed into a cinema for the night for the gala premiere of Lion Men. (You may also want to read our lightseeker review, which currently shows in this theatre) 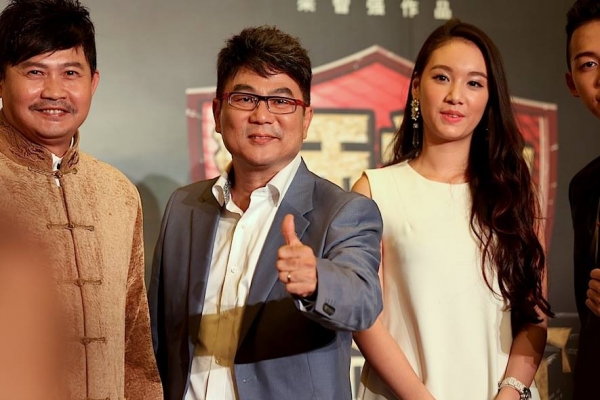 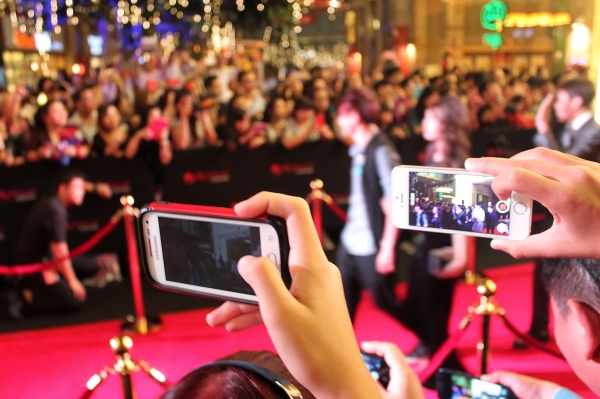 The area was packed and this was the best photo we could get!

Director Jack Neo and the cast (mostly from Ah Boys to Men) entertained the fans with interviews before the show. Later in the theatre, there was another round of interviews followed by a musical group performance by the cast. We were surprised at their singing chops but then again we remembered that the Ah Boys to Musical was just around the corner. 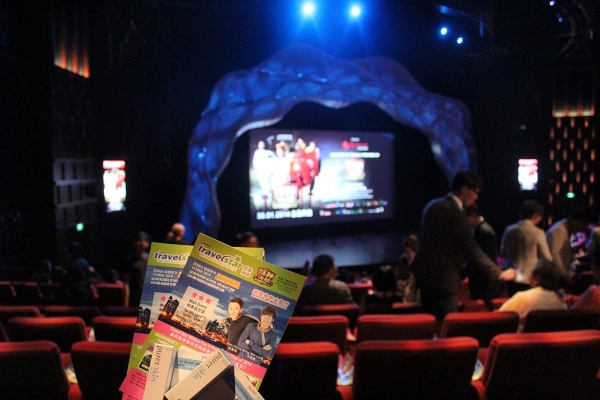 yay, we found freebies in our seats!

About The Lion Men

With the roaring success of both editions of Ah Boys To Men, Jack Neo’s new movie, The Lion Men aims to replicate this with (most of) the same cast that made the first movie so popular. The Lion Men is split into two parts as well, and it becomes apparent in the film that Resorts World Sentosa is a big sponsor of it.

Prior to the movie, I had mixed feelings about it. Extremely excited because the two main leads happen to be my favourite two actors from Ah Boys To Men, Tosh and Wang Wei Liang!

On the other hand, I’m not a fan of loud Chinese entertainment. I do appreciate Chinese literature, painting, calligraphy and Chinese symphony orchestral music but everything else just sounds like Dong Dong Chiang to me, especially Lion dance. More on that later.

The plot revolves around the opposing views of maintaining a traditional culture versus modern advancement, in the context of Lion dance. Both ends of the spectrum are highlighted taking on a holistic view of the social issues related to culture dilution with modernisation.

Expect romance, kinship, brotherhood, hip-hop dancing, rapping, cheerleading, stilt-walking, not so subtle advertising, and of course, lion dancing. Sounds like quite a lot going on in there, doesn’t it? Even director Jack Neo mentioned in the Gala Premiere that he found it too ambitious to include that many performances in the movie.

However, I was extremely impressed at the digital animation in one of the scenes. Singapore rarely uses digital animations in its local films and drama serials but this scene, I’d say is almost comparable to Transformers. Amazing right.

The most well-received of the bunch, Tosh and Wei Liang have risen to fame overnight from Ah Boys To Men. But they haven’t actually proven their worth as actors in their previous movie. (yes, even coming from a fan.)

These two leads have almost no experience in acting and the emotionally intense scenes in Lion Men has boiled down to the nitty-gritty to showcase their raw acting skills. Fellow fans will be delighted to get a chance to watch their favourite actors fall in (and out of) love.

There were also plenty of fresh faces cast in the show – in fact a total of 21! Including bloggers like Eunice Annabel. Looks like Jack Neo is on his search for his next Tosh.

We’re also not sure if the sponsor plugs are meant to be deliberately obvious and therefore funny but they have now taken on a comedic effect with the audience just laughing in amusement at the sight of them. Like that dating scene which was basically a 2 minute Resorts World Sentosa commercial inserted smack into the show. And speaking of which, we just came back from Universal Studios Singapore so if you haven’t seen our write up of what you can expect in 2014, check it out!

One of the dangers of the inclusion of that many performing arts is leaving the audience feeling overwhelmed rather than entertained. The key is balance, with appropriate scene lengths alternating between the acting and performance scenes, as well as comic relief.

Although I did find the final Lion dance showdown a little too attention-draining, I would think that it’s not representative of a general consensus and merely my personal dislike towards loud Chinese entertainment that hindered me from completely enjoying the movie.

So it really depends on your appreciation for this. Jack Neo fans will love the usual doses of heart-warming scenes of love and friendship and the cast and fresh faces are a joy to watch. But ultimately, its the lion dance performances that take centre stage.