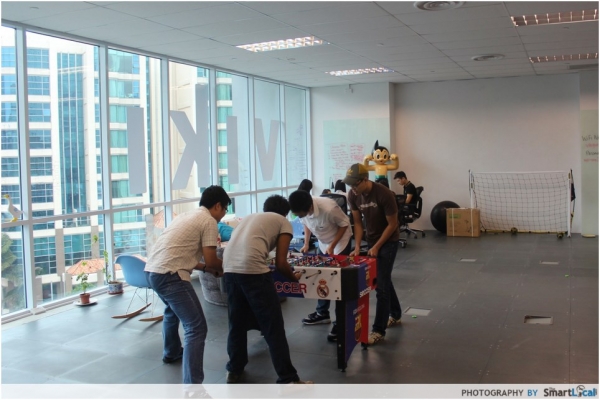 Viki (a play between the words ‘video’ and ‘wiki’) is a Singapore-based tech company that was founded by Razmig Hovaghimian, Changseong Ho and Jiwon Moon. It started out as a joint class project but soon transformed into the most successful startup in Singapore. Just last year, Viki was acquired by Rakuten for $200 million USD, by far the biggest exit for a Singapore-based startup company!

So what is Viki exactly? It is a global TV site that provides real-time subtitles in over 150 languages. The coolest part of how Viki works is the fact it’s subtitle service is powered by their fans! That’s right, ordinary people like you and me can contribute to the subtitling of videos on Viki. To date, it has over 2 billion video streams with over 400 million words translated. 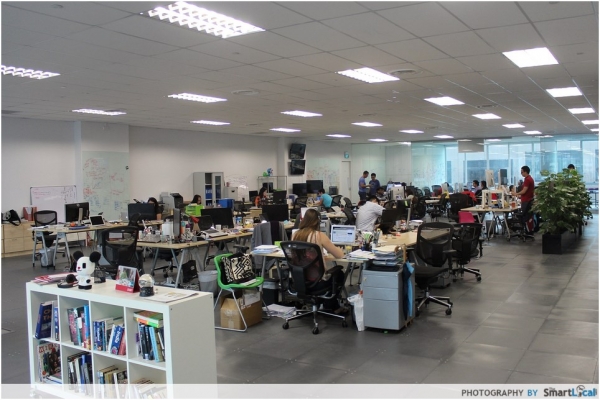 Apart from that, Viki has also partnered up with several content providers such as NBC, BBC, Hulu and KBS. This means that viewers from all over the world can enjoy videos from such providers without having to worry about not understanding a word. Viki has paved the way for cultural and language barriers to be transcended, allowing for greater connections between people worldwide.

Their acquisition is a HUGE step forward for the startup ecosystem in not only Singapore but also Southeast Asia. The startup scene in Singapore is starting to get more recognised and the Viki acquisition may just be the push to attract more startups to Singapore.

Before going into our interview with Viki, here’s a quick tour of their office. 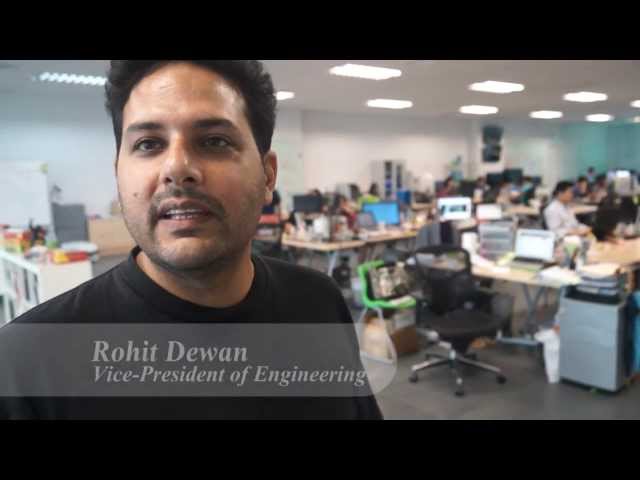 Chief Marketing Officer of Viki, Tammy Nam, gives us an insight on working for a startup company and Viki’s future business goals.

Q: First and foremost, what’s the difference between working in a startup company and now as a corporate company?

Tammy: Nothing much has changed to be honest. It’s just that after the acquisition, a corporate partner allows us to acquire more resources and have hiring stability. We’re able to hire more experienced people to help our business.

Besides that, nothing much. 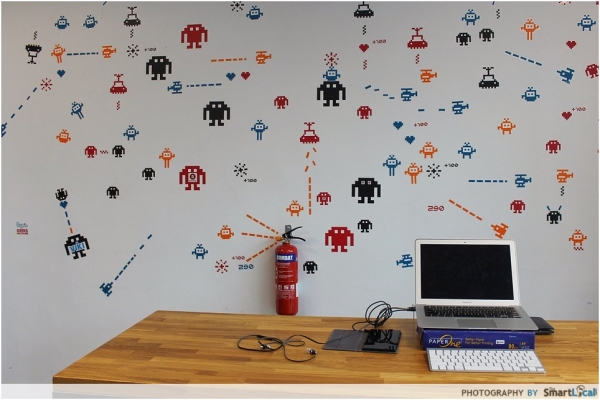 Apart from sitting down, they have a standing desk area, for those who wish to work on their feet!

Q: Viki banks on their pool of volunteers to subtitle and socialize TV shows. How do you ensure that such volunteers continue to have the passion to keep the subtitles coming in future?

So they participate in the subtitling, they leave their comments on the video and they get to know each other. Some community members have gone on vacation worldwide to visit other community members. What they find is that they feel an incredible sense of connection with other people who love the same content they do. They may not have any other similarities except for that but that really brings them together.

Q: You’ve set up Youtube channels such as Viki and VikiKDrama. Are there future plans to team up with famous youtubers such as PewDiePie, Smosh and Ryan Higa and have their videos translated as well as integrated with subtitles? 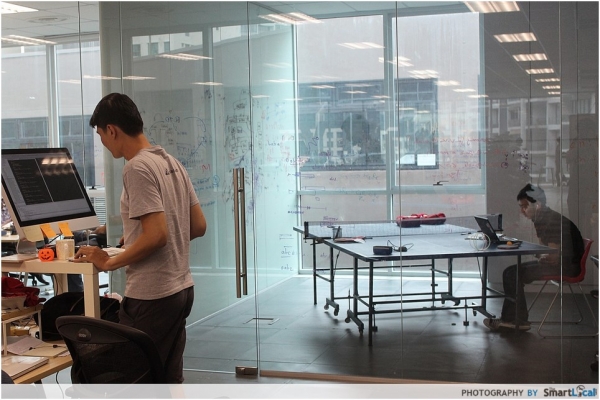 Q: English is the most popular subtitle language. How do you maintain a competitive edge over existing websites that provide English-subtitled Korean dramas such as dramafever.com and for animes, animeget.com?

Tammy: On the subtitling front, Viki is well known to have the best subtitles, anywhere period. I think it’s because the community is so passionate about getting the subtitles exactly right. In some cases, there are hundreds or thousands of people who are contributing to one show.

Even if it’s super popular, in just a matter of hours, the subtitle quality will be amazingly good and you just can’t get that if there’s only one person subtitling, even professional subtitlers. We’re better. Our community is better than professionals because they’re that good and it’s a collaborative effort. The community too, Viki is very unique and our mission to break down language and cultural barriers, I think the community feels it too.

Q: Some viewers who are also volunteers have complained about advertisements that occur every 10 minutes and how it is causing them to lose interest in supporting Viki. How do you intend to address this?

Tammy: We’re a business and we need to make money. Acquiring license rights for content is also expensive. I think most community members understand that but that’s one of the many reasons why we launch VikiPass which is this subscription product.

Q: Given the success of Viki thus far, what is the biggest goal you have for the company in the long haul?

Sites like Viki have really contributed to disseminating Asian culture to Western countries and vice versa. In a way that’s very unique. I think people like to participate in that because it’s fun. It’s low barrier to entry because it’s pop entertainment. It’s not like serious scientific stuff. It’s music, it’s TV, it’s movies. Everyone loves that. 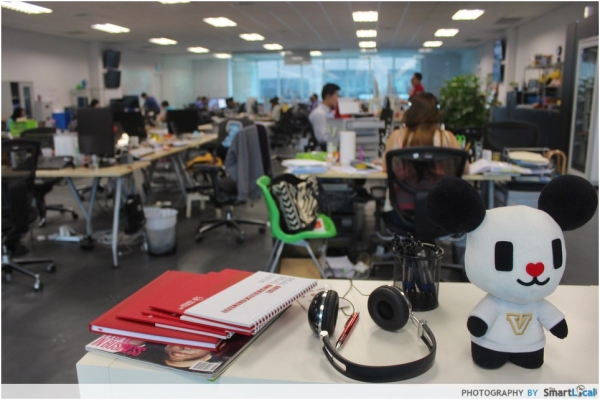 Q: Do you think that in future, there would be a time when Viki overtakes mainstream television where everyone watches Viki instead of CBS, NBC etc?

Tammy: I really hope so. Yeah, that’s the goal. 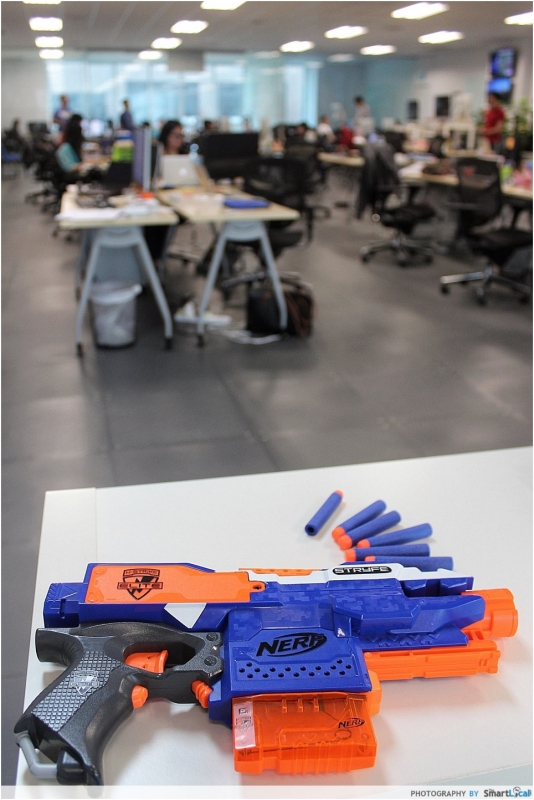 If you’re interested to find out more about Viki, you can read some of the articles written by Tech in Asia, Meng Wong of JFDI and e27. You can also download Viki’s mobile apps (available for iOS, Android, Blackberry, Nokia and many others) for free! Also check out Viki’s homepage.

Viki has shown that it is possible for a startup company to flourish in Singapore. I hope that more would be inspired and emboldened to come here, adding richness to our metropolitan society. Who knows, we might just become the next Silicon Valley!