Lessons from losing my dad

It’s been almost a year since I lost my dad to a sudden heart attack. It’s safe to say that I’ve been through it all: the sadness, the guilt, the anger, and the acceptance. Well, sort of.

I don’t talk about losing my dad anymore because it doesn’t seem right. Saying you’ve lost something would mean you could either search for or replace it. But this isn’t just a missing thing. It’s my biggest hero – the wisest man I know – who’s forever gone.

I certainly haven’t had the courage to write about his passing and my grieving process. But we tell our stories in order to live. So here’s mine and the lessons I learned from losing my dad.

Watching my dad’s funeral over a video call

At the age of 69, my dad was many things: a PhD graduate, an engineer, and a healthy father of 2. In fact, to say he was well would be an understatement. My dad appeared to be superhuman, with a superb immune system that never left him feeling remotely flushed from the worst of flu. 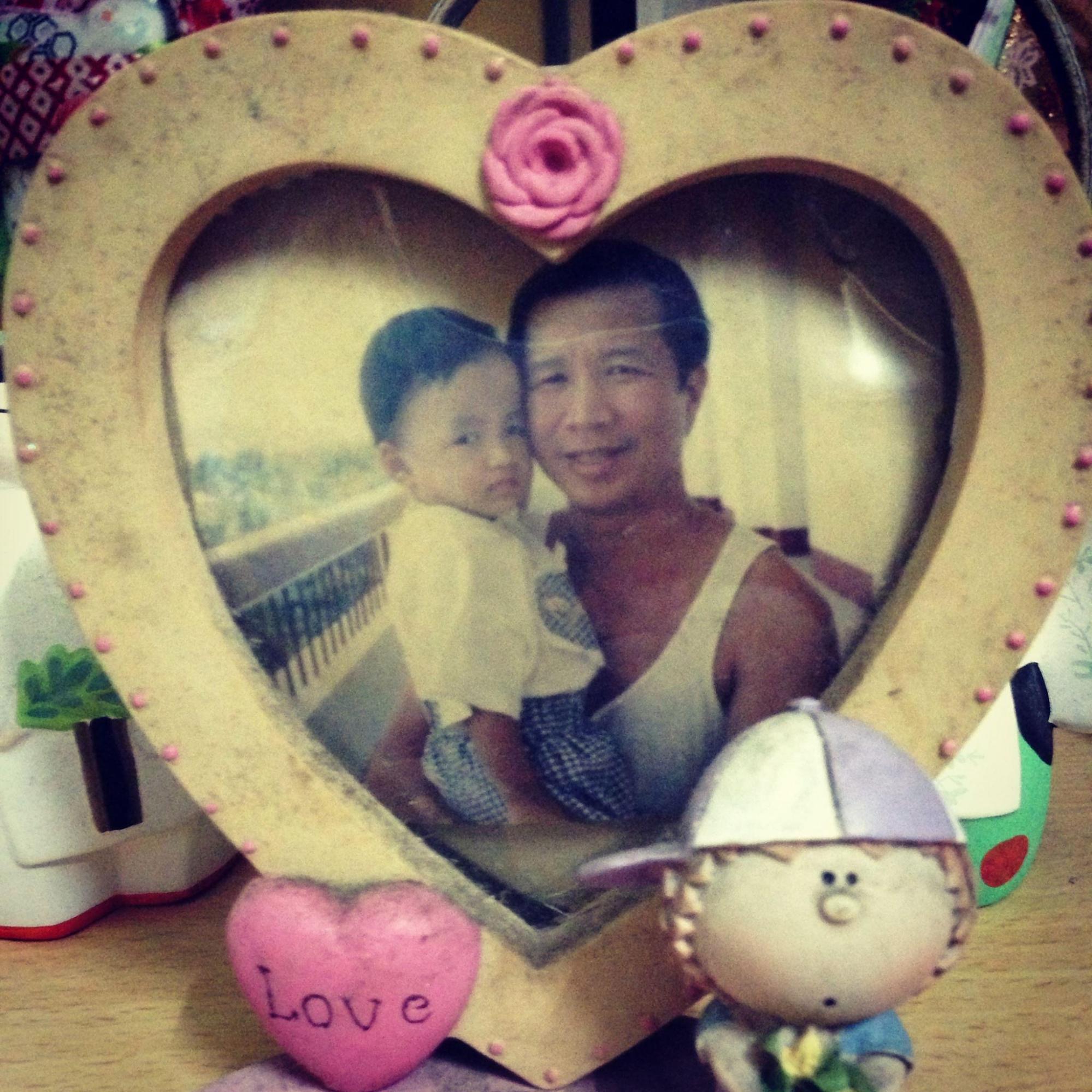 An old photo of dad and I taken at the beach in the summer of 2007.

Perhaps that was why I couldn’t wrap my head around the idea of a sudden heart attack that would beat him. I’ve experienced loss before when my grandmother passed away. But this – this deep pain and aching absence at my core – was something I wasn’t prepared for.

At 7am on 12th June 2021, my dad took his last breath at a regional hospital in Vietnam. After scrambling many burial services, my family was able to arrange a funeral for him – with his closest friends in attendance. Due to the pandemic, I couldn’t travel back and had to watch the entire affair over a video call.

Grieving from afar was a lonely process because no one here really knew my dad and how close we used to be. Being stuck abroad also meant I didn’t have a chance to get any closure and say goodbye. Then I thought about my mum and a million other things, like how she would be able to cope, if I should move back or whether she could move in with me.

The funeral passed in a daze and months later, I was still an emotional wreck. My dad had taught me how to ride a bike, play tennis and read in both English and Vietnamese. Even the day before his passing, he still wanted to give me advice on how to balance work and life with a newborn – his grandson – whom he never had a chance to hold.

Life lessons I learned from losing my dad

Fast forward to a year later, I still cry and sit in disbelief that my dad is forever gone. However, I’ve grown stronger and gained many lessons from the tragedy that I’ll carry with me for the rest of my life.

1. You’ll be in denial for a long time

If you needed me during those first few weeks, you’d find me in bed, curled up and sobbing through a sheet of mucus and tears. I was in denial. For months, my brain refused to register the loss of my biggest hero. 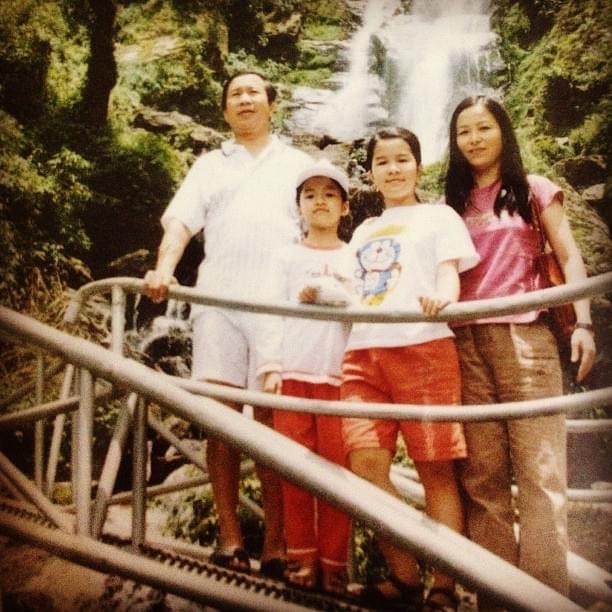 When there were still 4 of us.
Image credit: Samantha Nguyen

When I received the news that my dad passed away, I froze for a moment before bawling my eyes out. A striking wave of pain hit me like a truck and pierced through my body. It felt surreal – almost like a dream – because he was just on the phone with me 12 hours before this, talking about how he was looking forward to watching a soccer match that evening.

I went through the first six months on autopilot – feeling disconnected from the world and the people around me. The dimly lit bedroom was my safe space where I spent the majority of my days hiding while scrolling through family photos and reading old messages.

Even after almost a year, I was still lost. But I’ve been trying to make peace with the fact that he was gone in order to let the grieving process start.

2. Not everyone will understand what you’re going through

My house was flooded with flowers and cards, and my message inbox was filled to the brim with condolences from friends, colleagues and even strangers. Everyone was trying to show compassion via supportive texts and endless phone calls. However, unless they’ve lost a parent, they might not understand what you are going through. 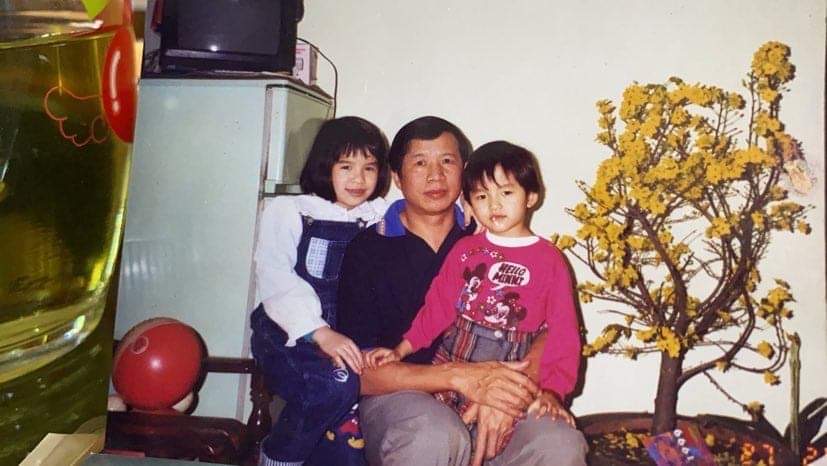 And even if they’ve experienced a similar kind of loss, they might still say the “wrong” things. I used to grit my teeth through the annoyance of talking about my dad’s death to people who haven’t been in my shoes. Phrases like “how are you feeling?”, “at least you didn’t have to watch him suffer”, and “I understand”, infuriated me.

At one point, I hit my limit with statements and questions and put my phone on airplane mode for a week. But then I realised grief was a difficult thing to talk about and more so for the people who haven’t been through it. Back then, they probably didn’t know what to say, how to be there for me and were afraid of saying insensitive things.

If you have friends going through this, consider reaching out to offer your support but also give them some space and time to process their loss. A simple gesture like dropping by with food or helping out with a few house chores will certainly go a long way.

3. You realise who your true friends are

The day I lost my dad, I also watched my so-called besties vanish from my life. There were no texts or calls. Heck, they didn’t even read my messages when I reached out. 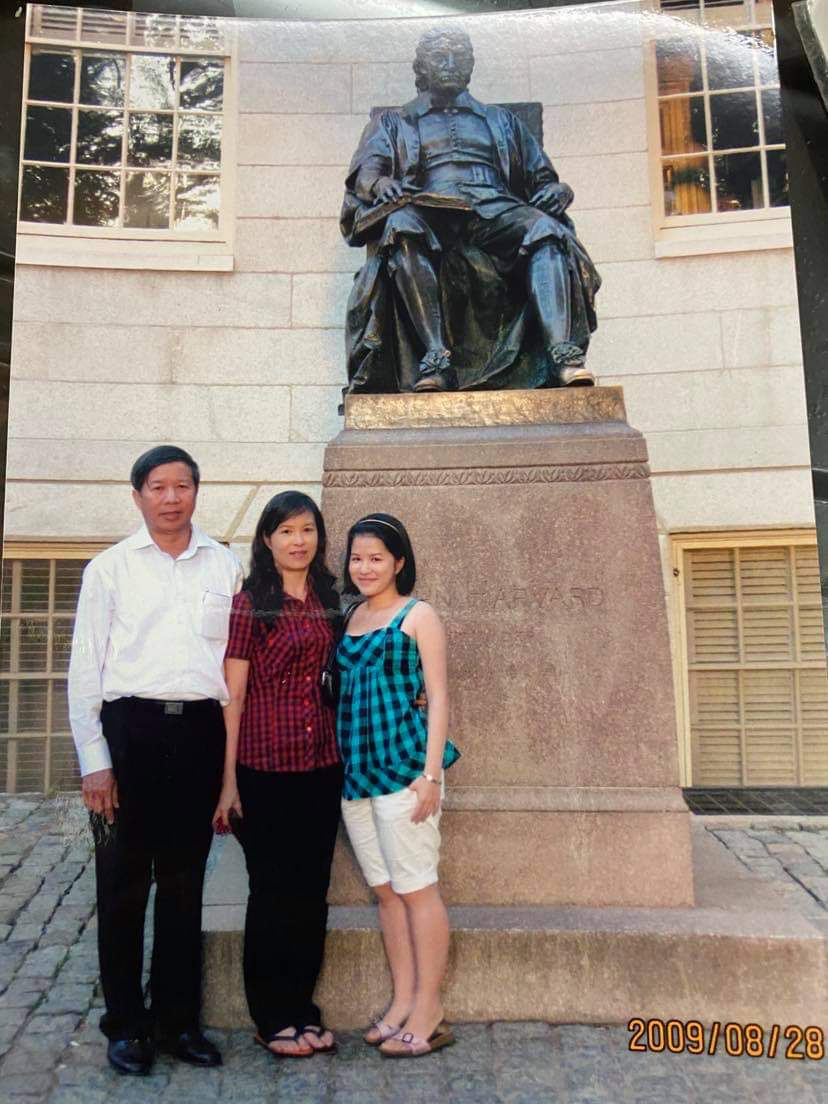 My parents and sister on her first day at college.
Image credit: Samantha Nguyen

Mind you, these were the girls whom I’ve shared all of my life’s highs and lows with and also lent a shoulder to cry on in the last 2 years.

Perhaps they weren’t ready to deal with an emotional mess that cried at random times. Or maybe they only wanted to be with the “fun” and “happy” me. Whatever it was, the friends who I thought would be in my life forever were the first to leave as soon as I hit rock bottom.

However, some other friendships bloomed. Colleagues who used to be no more than acquaintances and the girls I met at a yoga class who were just strangers quickly became my solid support system and constantly helped me through my breakdowns.

4. Every “first” is especially difficult

It’s true that you don’t forget your first: first love, first trip abroad, and oh – the birthday, holidays and any important milestones in the first year after losing a parent. 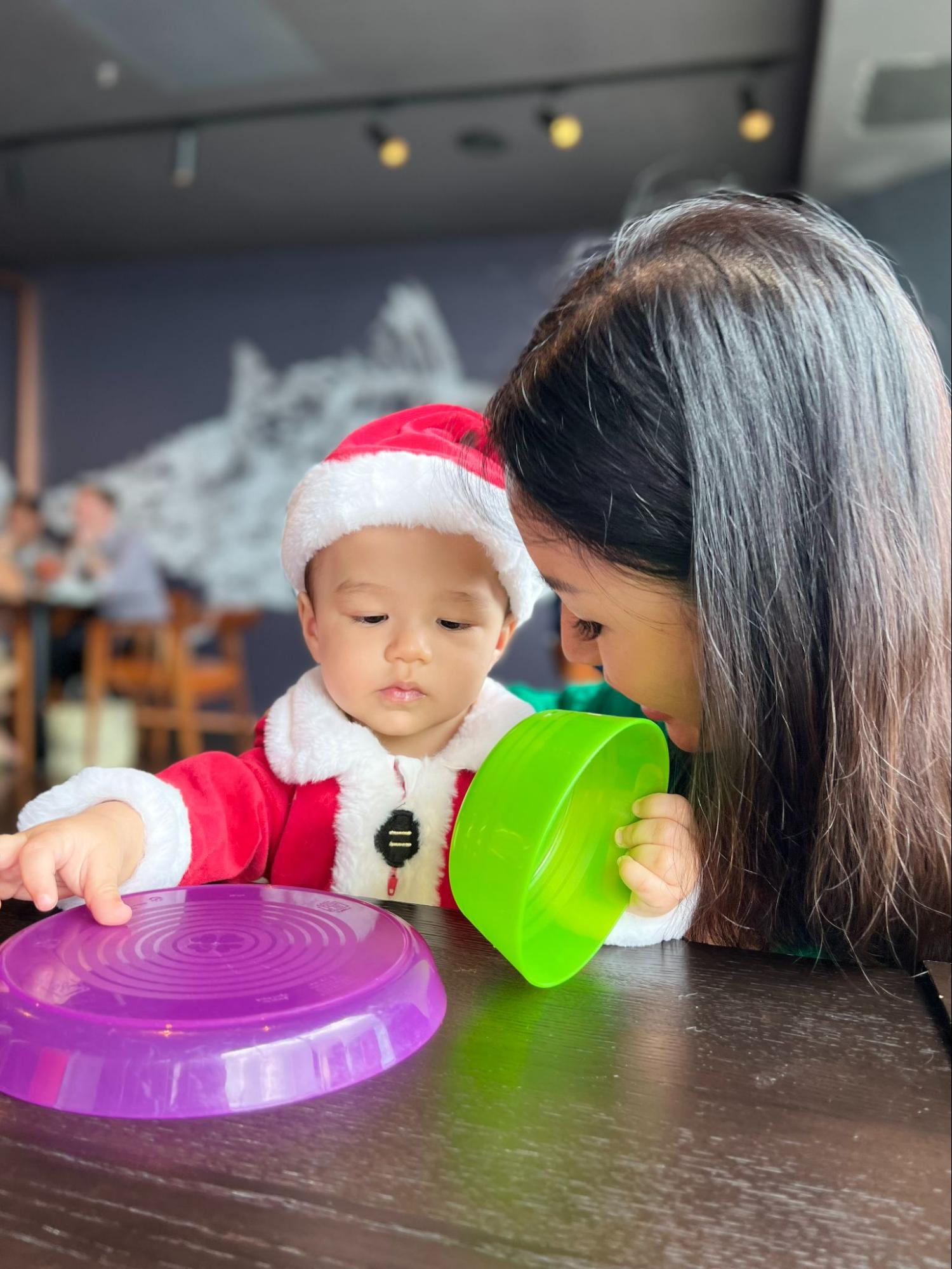 As my work inbox started filling up with Father’s Day pitches promoting gift guides for dads, I bit back tears while ticking off another special occasion without him. He wasn’t there to call me on my birthday, send gifts on Christmas and joke about all the Chinese New Year treats my mum hoarded. The holidays were difficult pills to swallow.

During these times, my mum, sister and I leaned on each other. We shared memories and told stories about the holidays past with smiles on our faces and tears in our eyes. As agonising as it was, living without him through all the traditions he used to be a part of, we made it through each and every one of them.

The first day after my dad’s passing was a blur and the following months were filled with regret, guilt and anger.

I was angry at myself for not calling him back and the pandemic for preventing me from being there during the last months of his life. There were many what-ifs and wishes: wish I’d gone on those family vacations instead of jetting off with my friends; or wish I’d gone back to visit him the years before when he was only a 3-hour flight away.

I thought I wouldn’t be able to enjoy doing anything again. The purse I wanted to buy suddenly looked silly. And the stew I’d been wanting to cook? Its ingredients were still stashed at the bottom of the drawers. But as time went on, the sadness slowly dulled and I learned to live with the pain. 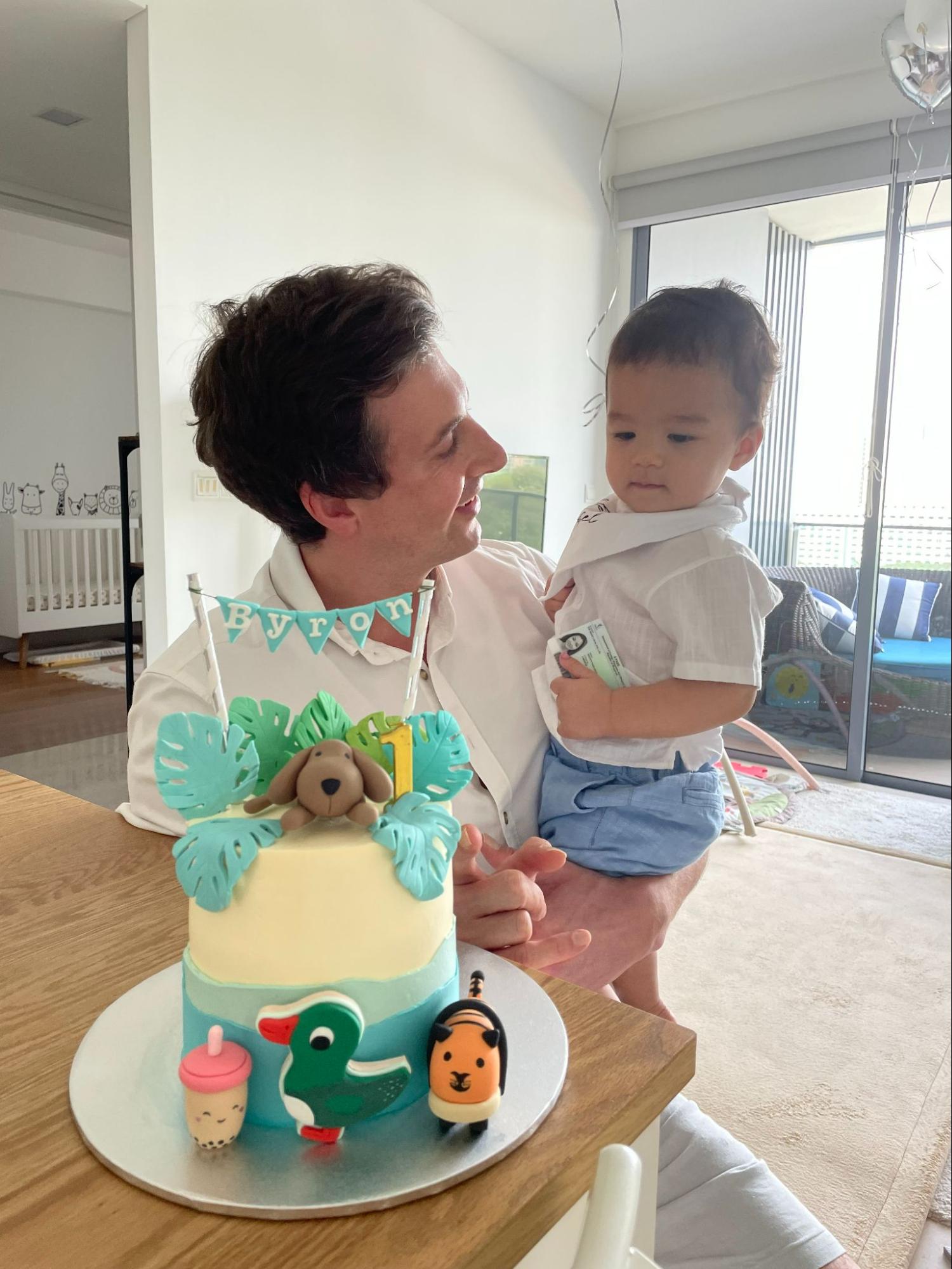 The dull pain has become a part of me forever and I’ve accepted that it’s something I’d never be cured of. Some days it aches more than usual, and other days I feel like I’m reliving the Saturday of his passing all over again. But most days, the grief that used to be raw and fresh is bearable and only lingering at the back of my mind.

I was able to resume my daily activities like going to the gym and hanging out with my friends again. Although certain places like the tennis courts still reminded me of my dad and brought me to tears, I knew I had to toughen up, live my life and create happy memories – even when none would include my dad.

Adapting to life without my dad

Being a full-fledged adult juggling a child of my own, I sometimes secretly wish I was able to be scooped up into my dad’s arms and tucked into bed by him again. But he’s gone, and as palpable as life is without my dad, I learnt to adapt to it and carry on.

I’ve emerged into a new stage of adulthood, where I have to figure out what serves me well and what matters the most. His greatest love in life was his family and I know he’d want us – my sister, mum and I – to take good care of one another.

So there you have it – the story of my father’s passing and how I’ve been dealing with this loss. As I pack my bags to fly home for the first anniversary of his death, I’m reflecting on his death, which has paralysed me but also taught me many valuable lessons.

For more features on family: 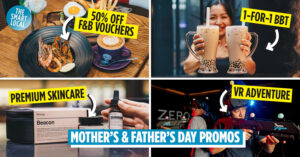 Suntec City Now Has 1-For-1 Drinks & 50% Off F&B Vouchers To Treat Mum & Dad
8 Best Cordless Vacuum Cleaners In Singapore So That You Don't Trip On Wires Around... 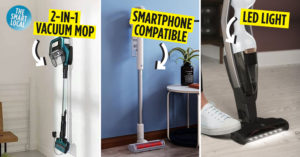