Those that play music together, stay together – a philosophy that has worked out well for The Jungle Giants. All 4 members of the indie-pop band attended the same high school, but only came together to form The Jungle Giants in University.

They might seem like the new kids on the block, but since their first performance in February 2011, The Jungle Giants have released two EPs  which served as the foundation of their fan base. They are currently on a roll with countless national tours and festival spots, and even have their own sell-out club shows.

The Jungle Giants were in Singapore for a one night only performance on 26th April 2015, at TAB Singapore. The crowd consisted of youths with ripped jeans, tie-dye tees and a cacophony of colour in their hairs – everyone in the audience was bursting with individuality. TAB, where the concert was held, is a versatile space, which can be used as a concert venue in the day but transforms into a bar when the sun goes down.

The Jungle Giants merchandise such as tote bags and posters were sold at the entrance. The musky environment and chill vibes kept us patient while waiting for the band to show, with some fans getting a few pints to enhance the concert feels. The stage was warmed up by Lia Mice, an Australian born, France based experimental pop artist. She has a post-modern take on electronic folk-pop, and edits instrumental notes to make them sound like machines. She performed some of her songs in her EP: ‘I Love You’, ‘All the Birds’, ‘Lucky Bamboo’ and ‘We Live Out Of Sight’.

Her genre of music is not for the usual crowd, the tunes she produced are more mellow and quirky. It also vaguely reminded me of the music that Topshop plays in their shops. When the time came for the main act, they popped onto stage with ‘Mr Polite’ and the crowd went wild. I felt the synergy between the crowd and The Jungle Giants as we cheered them on every single move they made.

Their chemistry on stage was undeniable – I caught them giving each other cheeky grins as frontman Sam Hales pranced around the stage. Even with some technical difficulties and a faulty paddle, they still managed to deliver an up-roaring performance for their satisfied fans. You could tell from their interaction with one another that they were enjoying themselves, belting out their creations.

To further stir up the spirit, they played ‘She’s a Riot’, the song that rocketed them to flame and bred a legion of fans. This was a song that everyone in the crowd knew the lyrics to by heart.

Everybody was bobbing their heads and nobody could dancing to the songs. ‘Anywhere Else’, ‘Come And Be Alone With Me’ and ‘Skin to Bone’ were the ones I looked forward to catch live. When the beats of ‘Domesticated Man’ came on, a guy behind me was like, “Oh my god that’s my favorite song! They are playing my favourite song on the album! Oh my god!” This band must have taken themselves to a next level, to have a guy fangirling and hyperventilate over their songs.

They also introduced their latest single, ‘Every Kind Of Way’. It is a different take and it only gets better over time of listening, like a glass of wine and matured cheddar cheese.

They ended their set with ‘I Am What You Want Me To Be’. After demands for an encore, they came back with ‘You’ve Got Something’. I was guilty of screaming my lungs out on this one last song. 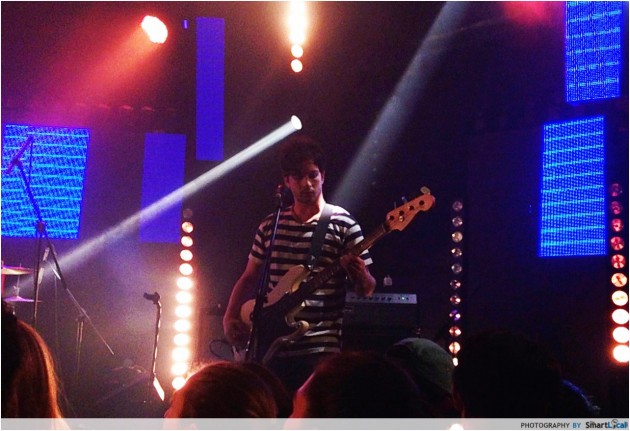 One of the highlights was when Andrew Dooris (Bass Guitar/Backing Vocals) came to the edge of the stage and stretched his hands out. At that moment, I felt like I was literally in the sea, with the waves of people pushing me forward as everyone pushed forward to get a brush of his fingers.

It was icing on the cake when we were told to raise our hands in the air and jump as high as we could. As tired as we were, my friend and I both agreed that it feels special when a room full of strangers became one and jumped in unison to the beats. The Giants were a fun and relaxed bunch, and some fans took advantage of that by climbing on stage. Kudos for their bravery because their reward was a hug from the sweaty and sticky band members.

That night was a brilliant, with The Jungle Giants performing their best songs and giving us a first taste from their upcoming album and as-yet untitled tracks. I can’t wait to see what else they’ve got up their sleeves! 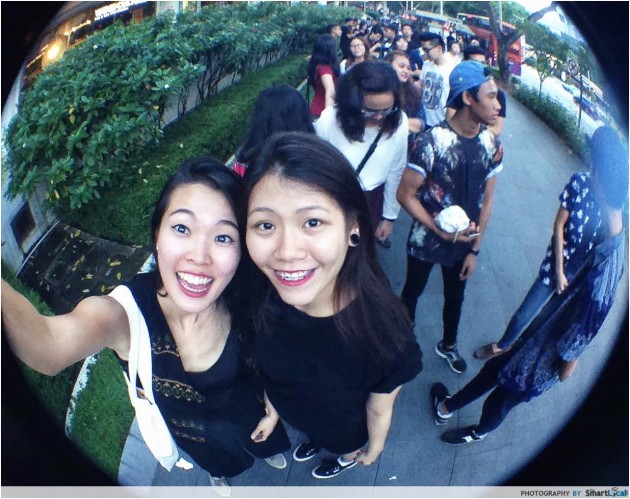 If you are a frequent concert goer, you will know how I feel. I left the place with a buzzing in my ear and the post-concert syndrome of wanting to listen to their songs on repeat. Among a few other things, I really admired them for not writing crowd-pleasing pop, but producing their own raw and unique soundtracks.

It was a very intimate session with the Giants. They touched our heartstrings with their vocals and quirky beats that I will shamelessly dance to. Now if you’ll excuse me, Imma lock myself in a room and have a The Jungle Giants marathon. Goodbye!

This post was brought to you by Ellipsis Live.