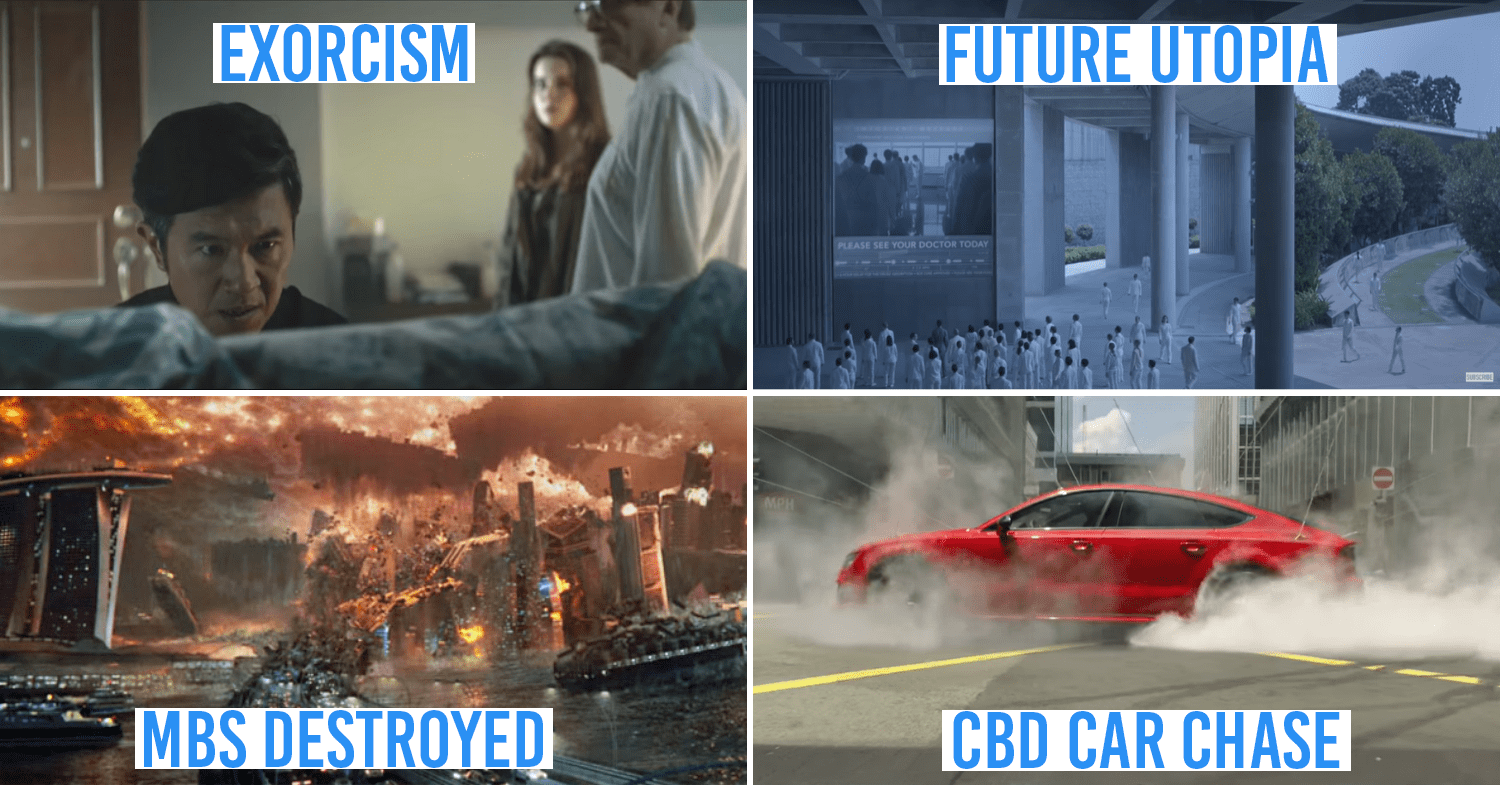 We’ve got to admit, seeing Singapore featured on the big screen can make us feel like a proud mum seeing her kid performing on stage, showing off her beauty and talent to the world. From a glitzy skyline to heritage sites full of character, Singapore has a lot to show off indeed.

If you enjoy spotting familiar faces or hangouts featured in blockbusters, here are 7 Singapore cameos in Hollywood movies you should look out for. 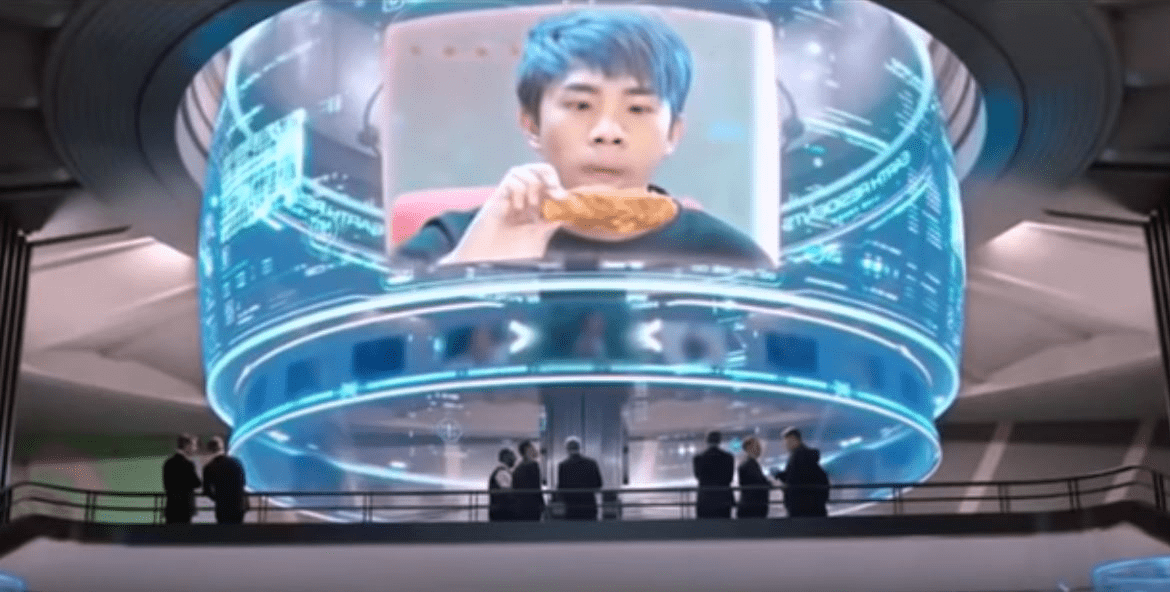 No, we did not edit this – if you keep your eyes peeled watching Man In Black: International, you’ll find Singaporean YouTuber Jian Hao Tan featured for almost 10 seconds on the big screen.

He appears as an alien on the MIB watchlist in the Singapore release of the film, while other countries have their own local YouTubers featured during this short cameo instead. He doesn’t appear again in the movie, but you can catch this whole snippet on Jian Hao’s Facebook page here. 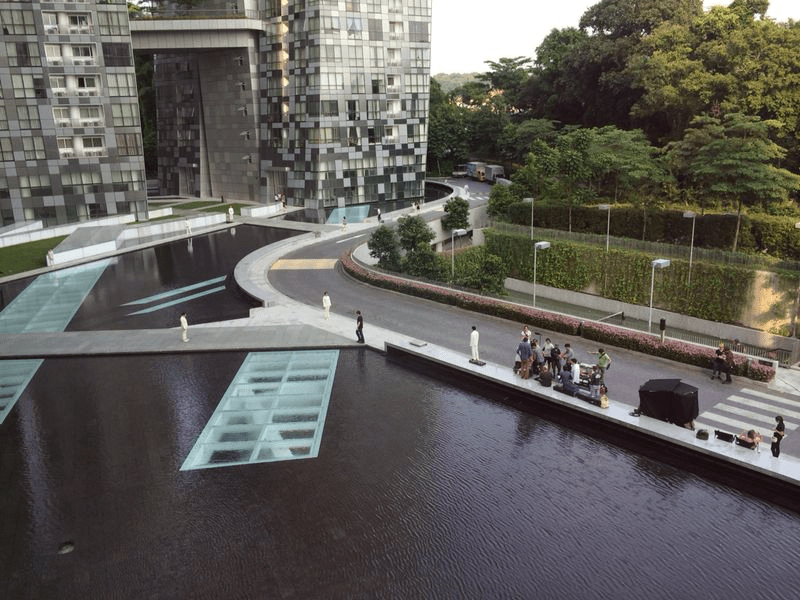 Apart from Singapore, the movie was also filmed in other futuristic settings in Japan like Tokyo, Osaka and Nagaoka. 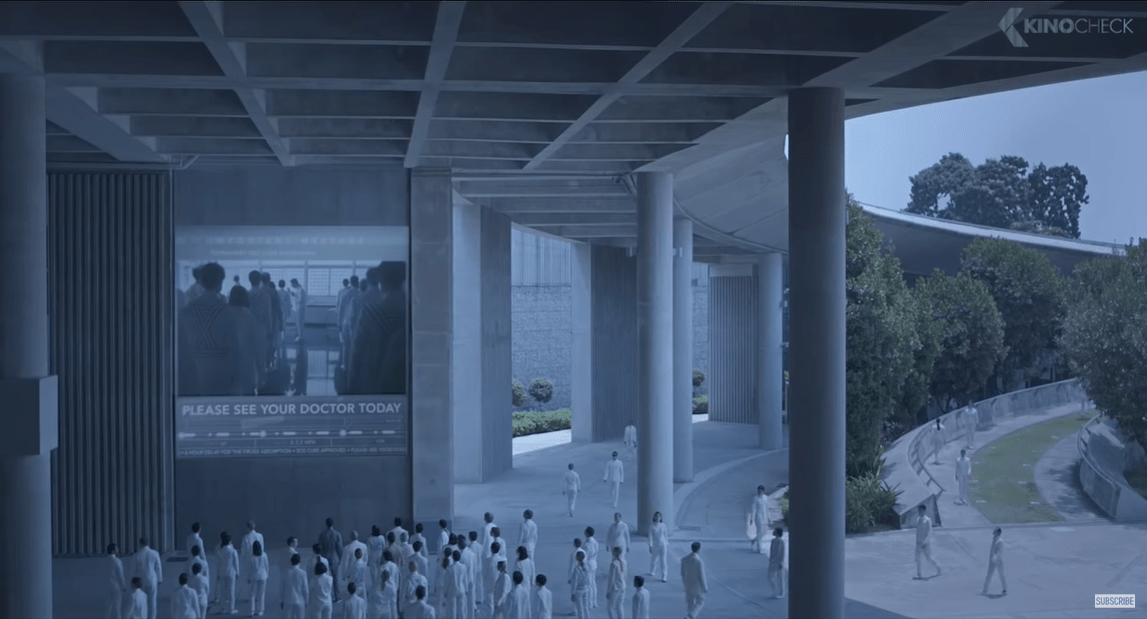 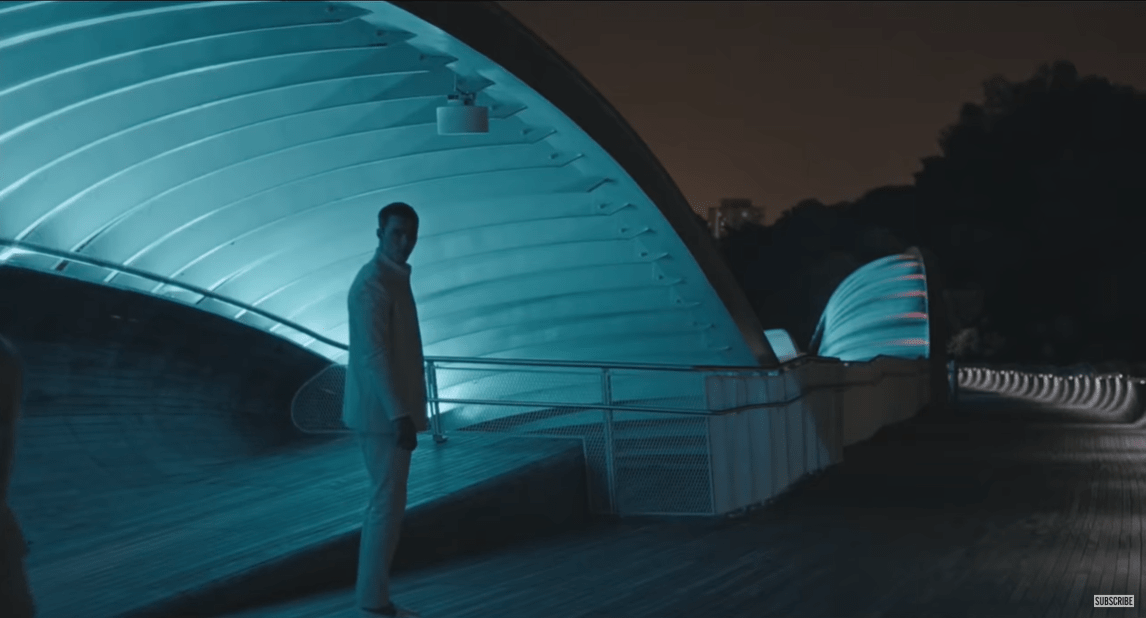 Such A-list celebrities don’t come around all the time, so imagine the surprise when some lucky Singaporean fans bumped into the main cast members. The cast had fun too – word online is that they were seen hanging out at Sentosa trying the zipline and the luge. 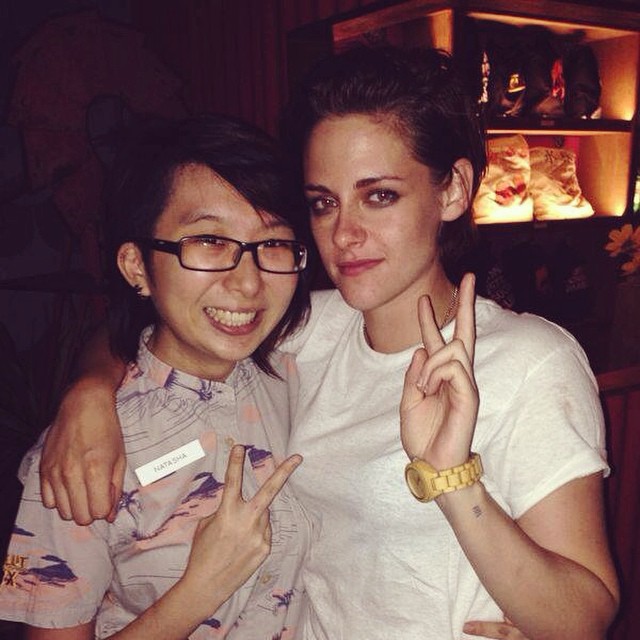 You’ve seen local celebrity Adrian Pang in Mediacorp shows, but not many know that he also starred alongside actress Elizabeth Rice in Hollywood horror flick The Faith of Anna Waters. Released under the title The Offering in the US, other local celebrities that were roped in as well include Pamelyn Chee (The Little Nonya) and TV host Jaymee Ong.

Adrian Pang plays a Catholic priest in this horror film, one of the movies Singapore cameos in
Image credit: GV Pictures SG

We won’t spoil too much, but the film’s about an American investigating her sister’s death, and involves some horror-inducing exorcism. If you’re brave enough to watch it, you’ll spot iconic locations in Singapore, including Chinatown and the Singapore Flyer. 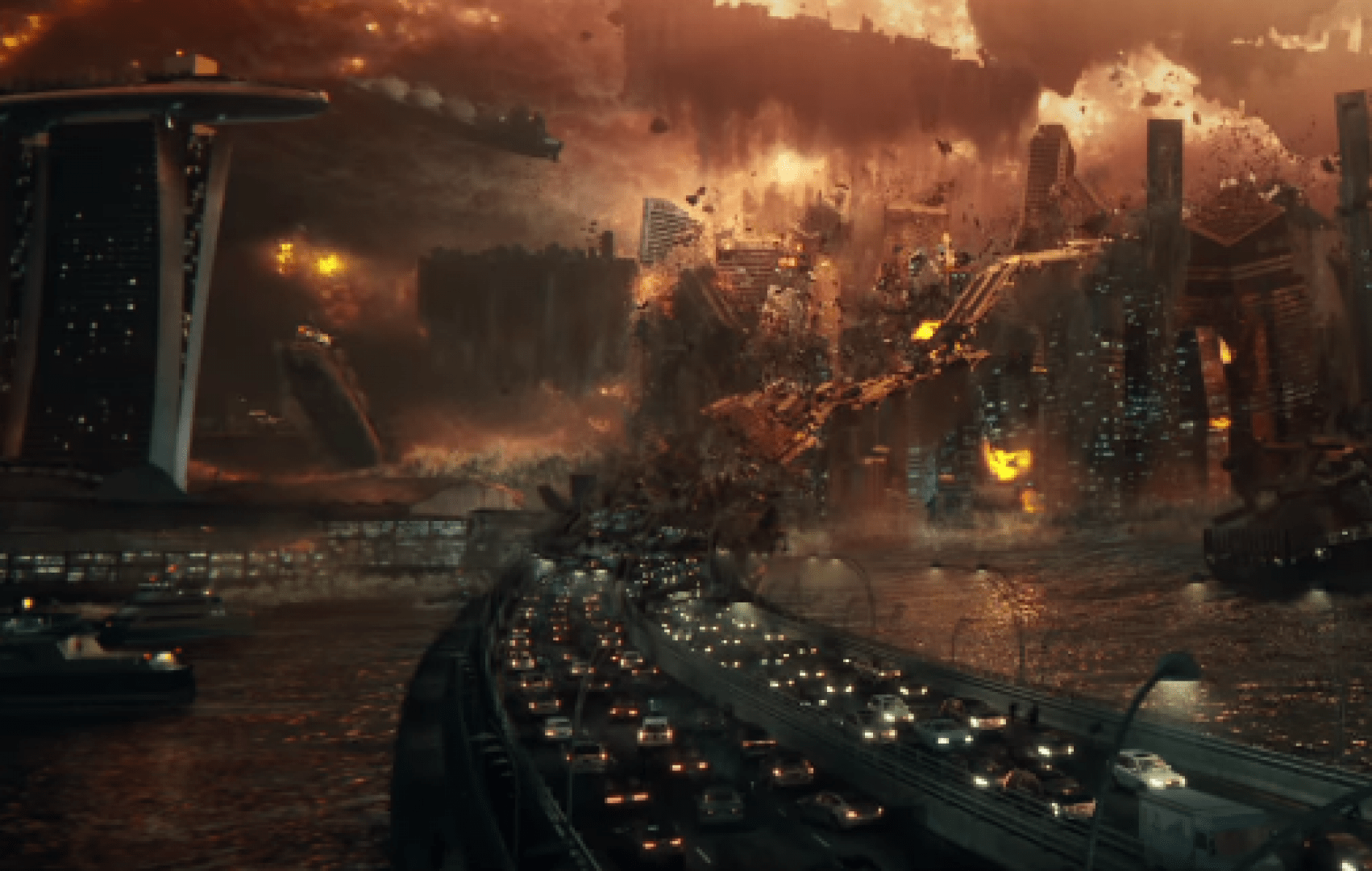 It seems as though aliens always target major cities in blockbuster films – New York, Tokyo, London… you name it. And now you can add Singapore to that list in the movie Independence Day: Resurgence.

The cameo is only 3 seconds long, but there’s something unnerving about seeing our beloved Marina Bay get uprooted and destroyed. Let’s hope that never happens for real.

High speed car chases are often the stuff of fantasy, but for a brief period in 2014, it was very much reality in our very own CBD. In fact, the action-packed car chase sequence in Hitman: Agent 47 was so elaborate to film that Robinson Road had to close for 4 days. 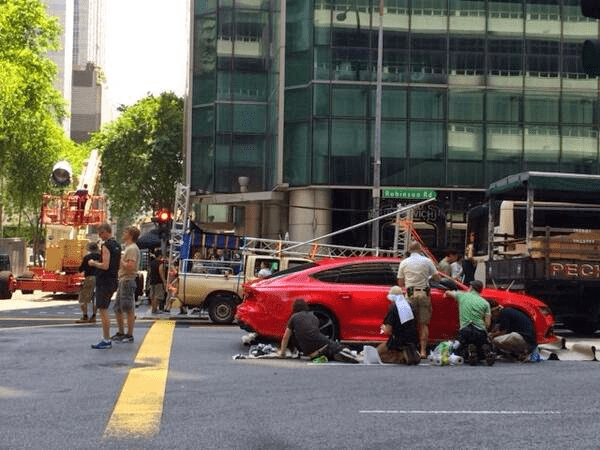 If you catch the movie, you’ll see several other iconic cameos in the frame, like Park Royal @ Pickering, ITE Central and Gardens by the Bay. 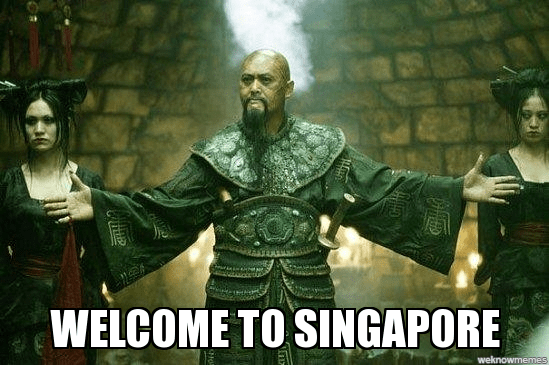 Take a trip down memory lane and you might remember seeing this meme circulating on 9GAG in the 2010s. If you were wondering its origins, it’s actually from the movie Pirates of the Caribbean: At World’s End, the third film in the series.

Singapore’s actual sites don’t appear in the movie, but a pivotal scene refers to it briefly. Back then, our hearts skipped a beat just hearing such a huge movie franchise mention Singapore.

Within the POTC storyline that takes place in the 1700s, Singapore was portrayed as a run-down kampung town, not a far cry from our early Temasek days. 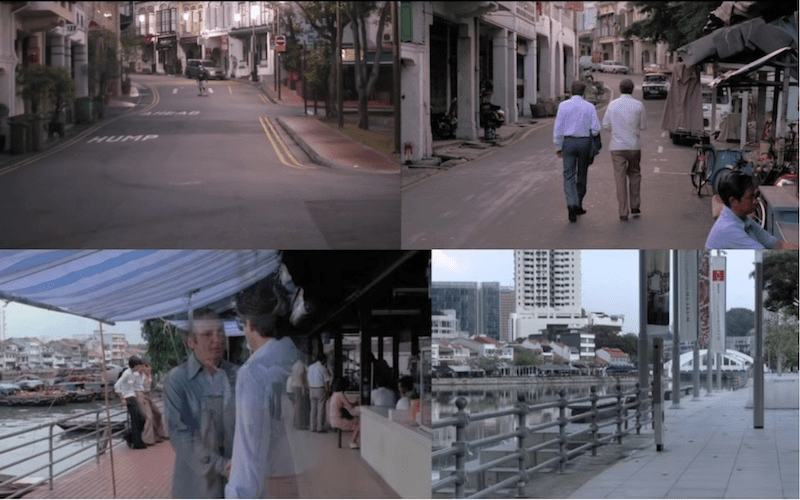 Produced by Playboy founder Hugh Hefner, Saint Jack is an R-rated Hollywood movie about an American pimp who opens a brothel in Singapore – shedding light on all kinds of underhanded dealings that went on in Singapore’s streets. With such risqué content, it wasn’t until almost 30 years later that the movie was allowed to be screened here. 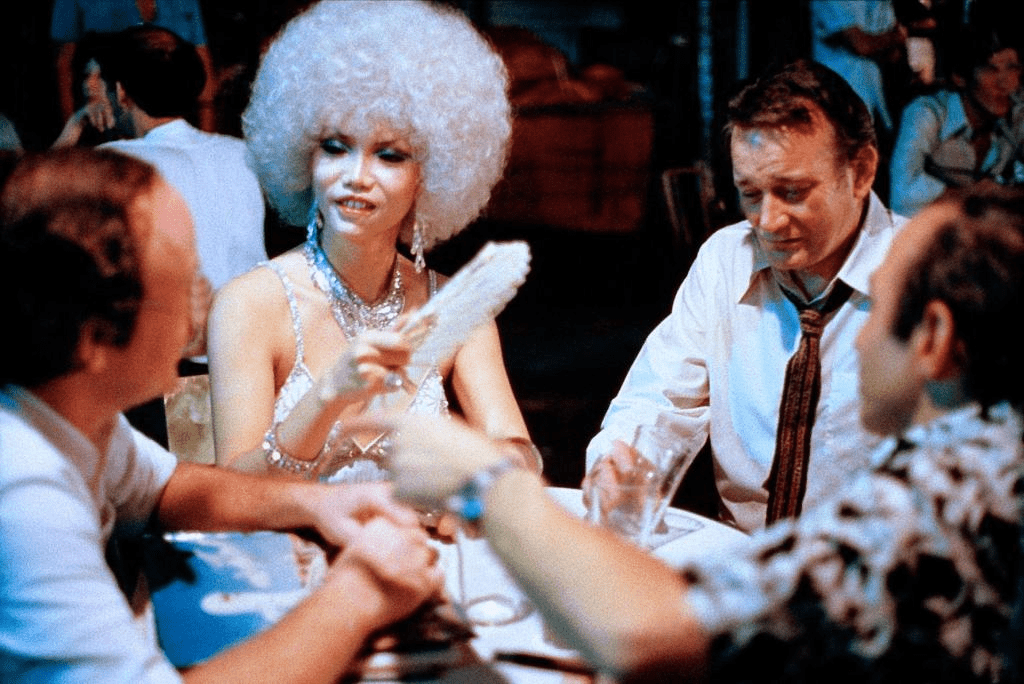 The movie, which also had strong LGBT themes, was banned in Singapore until 2006
Image credit: IMDB

Today we readily acknowledge the movie as one of the first Western mainstream films to feature Singapore so heavily. For its 40th anniversary, the Asian Film Archive even screened it twice at The Projector.

Murder is the theme of this 2019 animated feature film based on Detective Conan, one of the world’s best-selling manga series. It’s the 23rd film of the series, but the first-ever to be set outside of Japan in where else but our Little Red Dot. 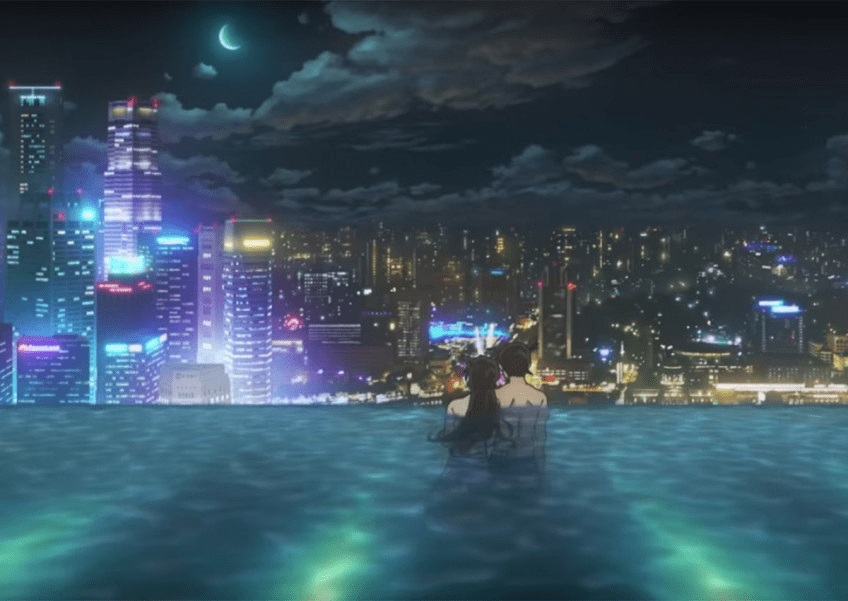 The Marina Bay Sands infinity pool is one of the cameos, as seen from the trailer
Image adapted from: YouTube 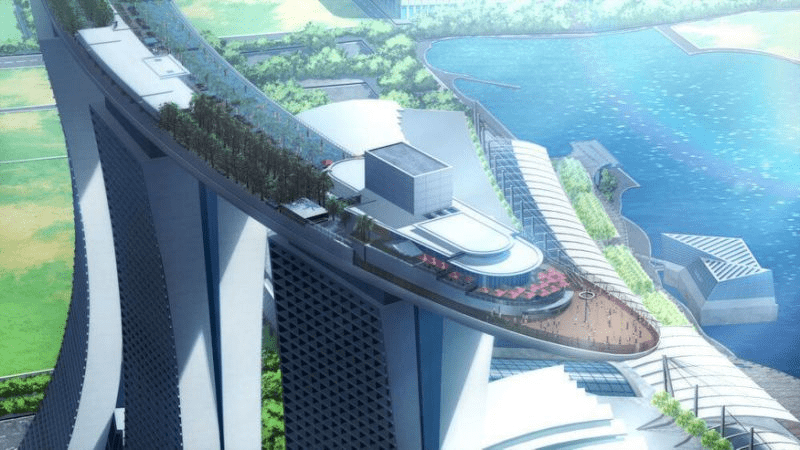 The attention to detail to Singapore’s sights paints a beautiful picture of our island, from the vivid colours of the Marina Bay Light Show to the intricate details of Chinatown’s shophouses. Throughout the film, you’ll catch glimpses of landmarks like the Merlion, Maxwell Food Centre and Suntec City’s Fountain of Wealth. 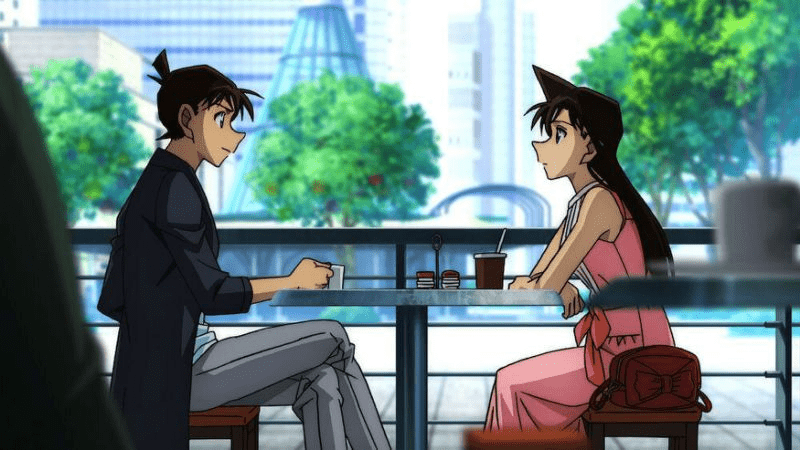 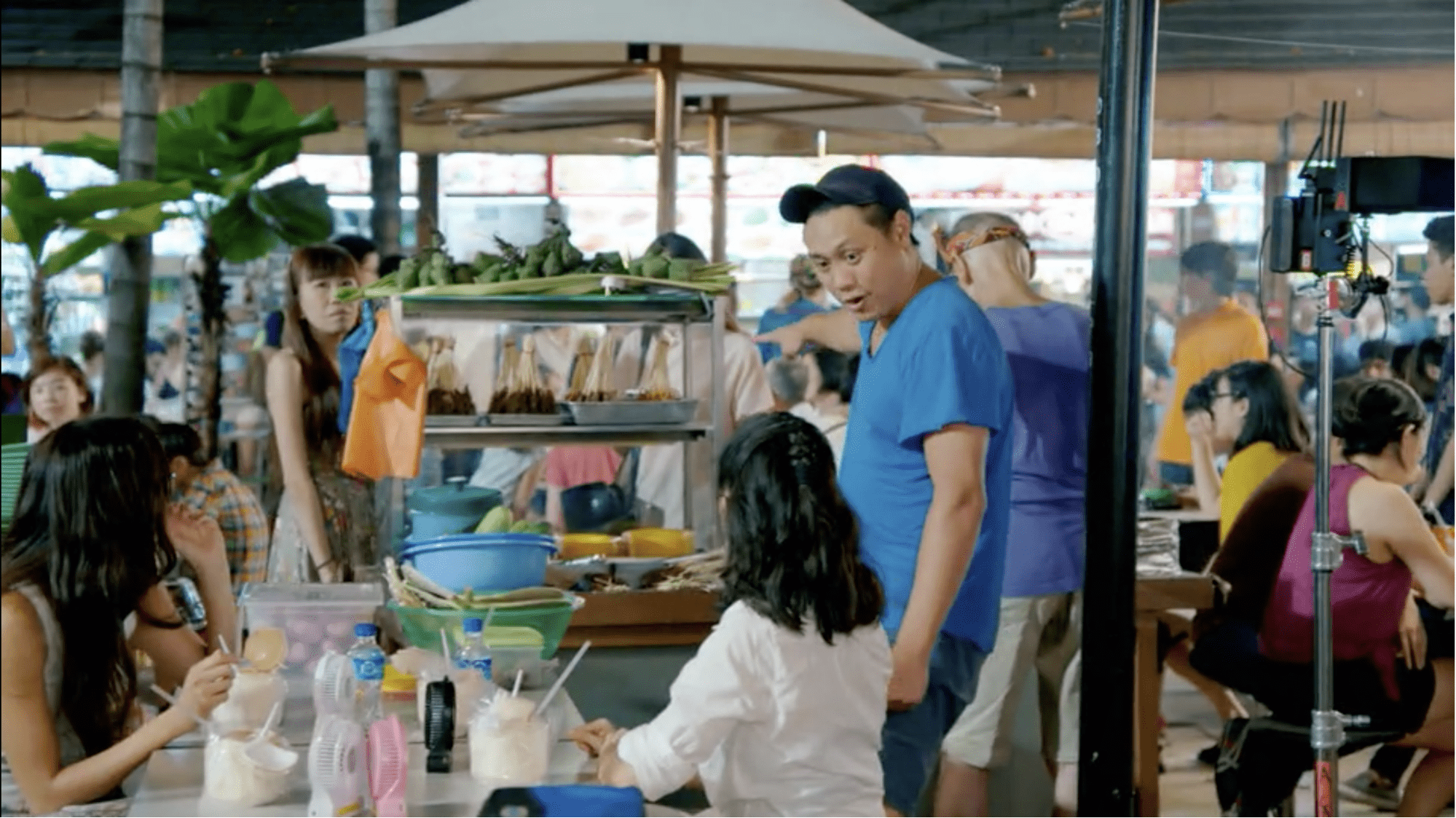 There’s no way we could talk about Singapore in Hollywood movies without giving an honourable mention to Crazy Rich Asians. With landmarks like Gardens by the Bay, Newton Food Centre and CHIJMES, you’d be forgiven if you assumed the entire movie was filmed in Singapore. 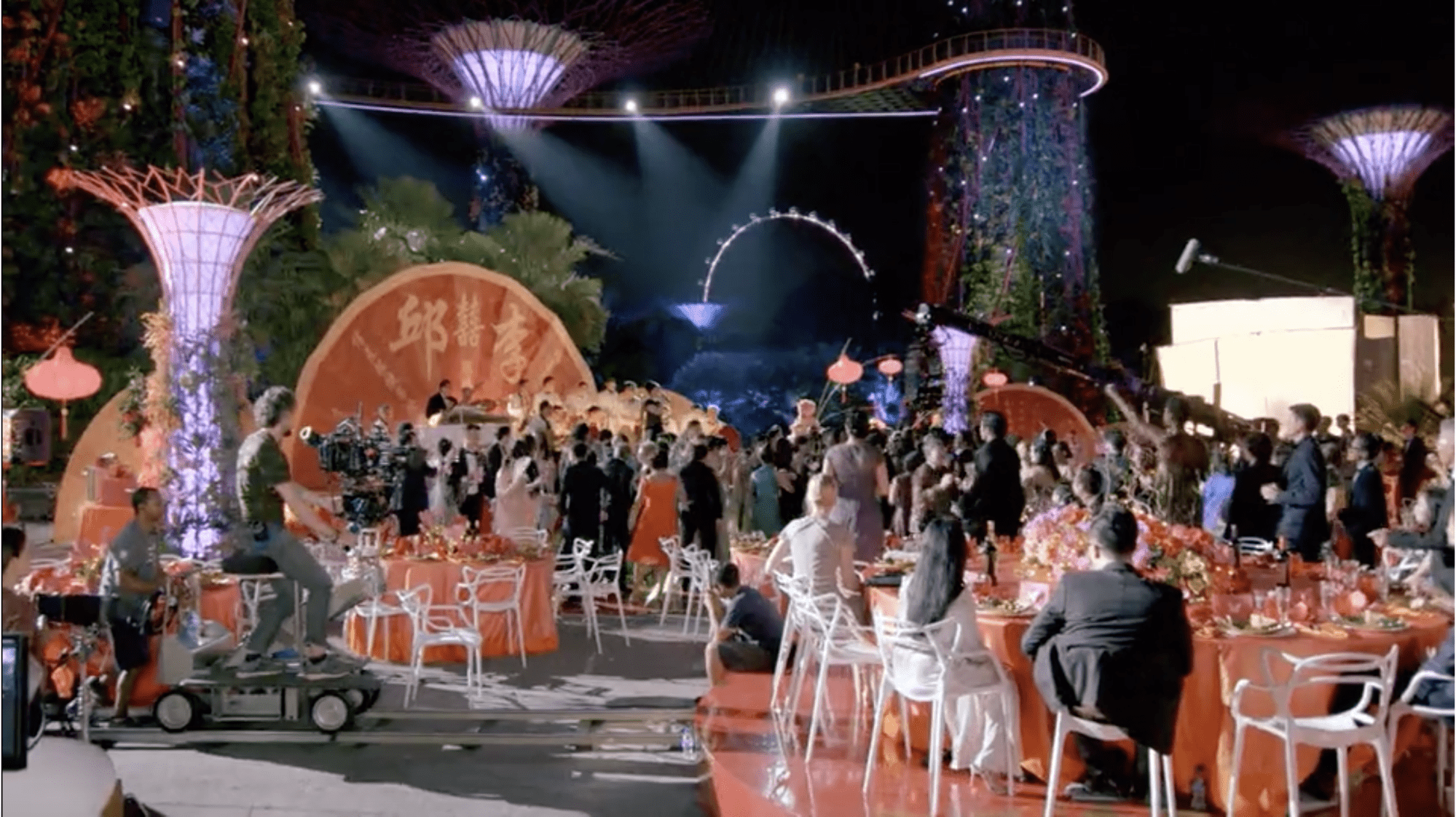 While the main plot of the movie surrounds a love story set in Singapore, it also made viewers around the world fall in love with, and ultimately visiting our sunny island too.

Undoubtedly, it’s always good fun to spot our home country in Hollywood films. On top of that, it also reminds us how gorgeous Singapore actually is. With such charm that will only keep increasing, it’s not surprising if we star in even more blockbusters in future. 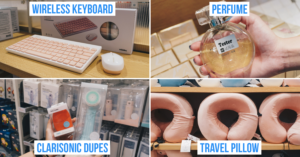 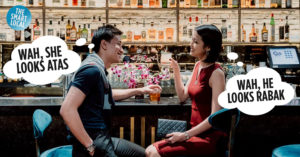