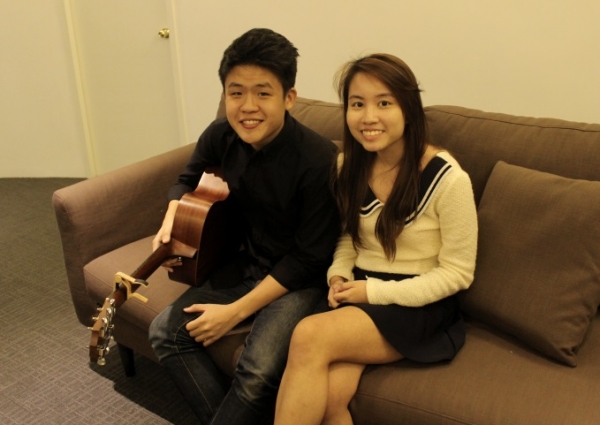 Gentle Bones and me!

When a friend shared with me the music video of “Until We Die” by Gentle Bones, the musical moniker of Joel Tan, I decided to give it a listen. And boy I was thoroughly impressed. It’s catchy tune even got stuck in my head for the rest of the day. But what’s even more impressive is how “Until We Die” reached #1 on the Singapore iTunes chart a day after its release!

If you think Singaporeans don’t have talent, and that local music is just garbage, then you thought wrong. Although our local music scene is relatively small, we’re already starting to see the rise of extremely talented singers and bands, like that of Gentle Bones and The Sam Willows.

They continue to give us hope that Singapore’s music scene will expand further and flourish like never before.

Fun fact: Benjamin Kheng of the Sam Willows and Joel Tan are neighbours! You may also want to check out our interview of Benjamin and Ethel who are currently starting in the Romeo and Juliet musical.

Now before we get into the interview, check out this lovely acoustic version of “Until We Die” when Joel came to pay us a visit. 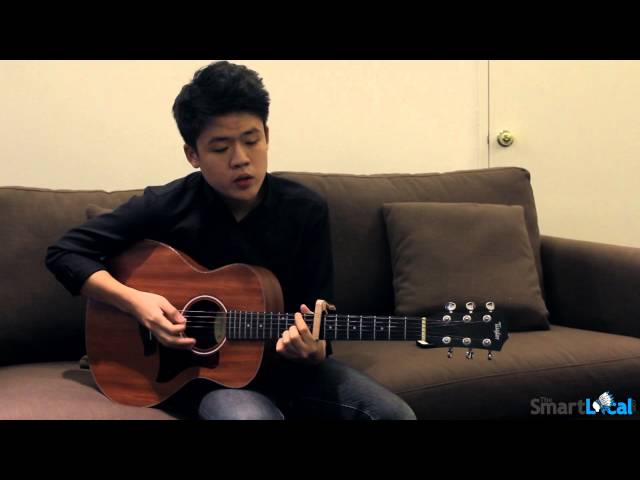 We caught up with the man behind Gentle Bones, Joel Tan for a short interview! He answers some personal questions and gives us a preview of what’s to come in future.

Q: So tell us what you’ve been up to lately.

I’m currently finishing my EP. I’m recording a couple more songs. We’re almost done, like there’s one more song left then we should be good to go. I’m hoping to release a new single by March.

Q: What was it that sealed your decision to pursue music?

I wouldn’t say it has ever been sealed because it has always been something I’ve wanted to do. “Until We Die” has been like a year in the works already, I had it for 6 months before I released it in December.

I’ve always wanted to do something official and have a couple of songs I can show my children next time…that kind of cheesy things just to mark my journey in music. But I’ve never taken it as a career. I’m just taking it step by step and with all the good feedback I’ve received for Until We Die, I think it just motivates me to do even more.

Q: You started only at 16 when most people start singing lessons at like 8 or 9. Did you ever think that starting late would be a disadvantage to you?

Yeah, as much as I’ve done now, I’ve always thought back to how it would have been nicer to release “Until We Die” when I was 18 because it would have given me a lot more time to pursue music. But when I was in school, it was quite clouded with a lot of stuff like studies, relationships and it sort of diluted my passion for music.

Q: It’s a pretty unconventional route to take for a student who was from one of the top junior colleges in Singapore. Has anyone ever criticised the decision you’ve made – be it family, friends or teachers?

I wouldn’t call music a route rather just something you carry with you in life. I think music doesn’t have to be the only thing you do. I feel as if music can just be something at the side.

In terms of criticism, I’m always constantly reminded that you can’t earn anything from music which is true. After all I’ve done for producing my EP, for releasing Until We Die, I haven’t made a single cent. I’m actually at a loss. But, the money that I spent on it is for pure passion. There was never any intention to earn it back so it’s cool.

Q: So, music is just a side thing for you?

I would say it’s a side thing because I can’t make it a full time thing. It’s almost impossible.

Q: So what are you planning to actually pursue?

I’m still going to go to university after I finish NS. But this time in NS that I have, I think, is the best time to go full out with music.

Q: The music video for Until We Die has this very hipster, indie vibe which I think is pretty cool. What’s the inspiration behind the music video?

The inspiration behind the music video came from the root meaning of the song itself which has to do with the idea of escapism. Just running away from real life, going to a sort of paradise where you don’t have to worry and care about anything with the people that you love, that’s the most important thing.

I felt as if this whole idea of the song Until We Die sort of relates to the idea of an ideal world, almost as if it’s a dream. The whole concept of the music video was derived from that idea of a dream. The idea of me jumping from place to place, from the swimming pool to the field to the alleyway and then back to the pool again, waking up on a bed.

It’s just how dreams have always worked. Everything you dream, there’s no start or end. You just jump from climax to climax. There isn’t a proper meaning in the video, it doesn’t say anything deep. I just wanted it to be enjoyable and at the same time, have the whole idea of dreams and ideals.

I’ve never considered myself as a musician per se because I don’t think I’ve had enough experience in that field yet. All I play is the guitar, and a couple of other instruments but barely any. My strongest point is songwriting, that is what I would be personally proud of.

All my favourite bands overseas, they spend 10 years just fully doing music and reaching that sort of level. That’s the sort of thing that’s super hard for Singaporeans to do. First of all, they start too late and second of all, they just don’t have the time to do it. To really excel in music, you have to set aside everything and focus which is quite hard to do in Singapore.

Q: What are some of your favourite bands and influences?

My influences of late would have to be the 1975, a bit of Kodaline, HAIM as well but those are my recent inspiration.

But before that, the biggest two people who inspired “Until We Die” would have to be Ed Sheeran and a bit of Ben Howard as well. The phases of my music constantly change so it’s hard to stick to a certain genre because my other stuff, my other EP would be quite different from “Until We Die”.

Q: Do you have any words of advice for aspiring young Singaporeans who want to pursue music and do what you’re doing right now?

I would say, give it a go. There’s no harm in doing so especially when we’re so young and we have nothing to worry about other than our education. I was quite lax with my education, personally. It can be something you can juggle. It’s definitely not hard. It’s the same as juggling your CCA in school. Just go for it, do what you want to do. If people like, they’ll like it. If not, just do it for yourself.

Q: What if their parents don’t support the idea of them being musicians?

Oh yeah, for me personally, when I was in JC, I got hell for doing music all the time. My parents would scold me like crazy. But, my parents as much as they hated me spending a lot of time outside doing music when I had my A levels to study for, they actually saw the effort I put in and when I finished my A levels, they were all for it.

You need to show that you have the determination as well. I think nowadays parents are more open already.

Q: What are some things your fans can look forward to in future?

Definitely the rest of the EP, the other 4-5 songs I have left in my EP. I’m not writing songs to fill in the spaces, I’ll never believe in that. The next single that would be out would be quite nice, I just hope people will like it.

If you would like to have the latest Gentle Bones update, you can visit his Facebook page here. If you’re dying to listen to his voice for the rest of the day, then you can do so by visiting his Youtube channel here.

Buy the single and help fund the album!