About Romeo and Juliet

‘Romeo and Juliet’ tells the tragic story of two star-crossed lovers who fall in love with each other despite hailing from rival families. Having interviewed the leads Benjamin Kheng and Ethel Yep just last week, we were waiting in anticipation all week. Adila in particular was in full fan girl mode, looking forward to the ‘date’ with Benjamin (Also from The Sam Willows) ahead.

I was rather surprised at how quiet the NLB building was. The only sign that told me I was in the correct place was a giant Romeo and Juliet advertisement poster near the NLB entrance. It may have been good to have ushers at the ground floor to help direct the audience. 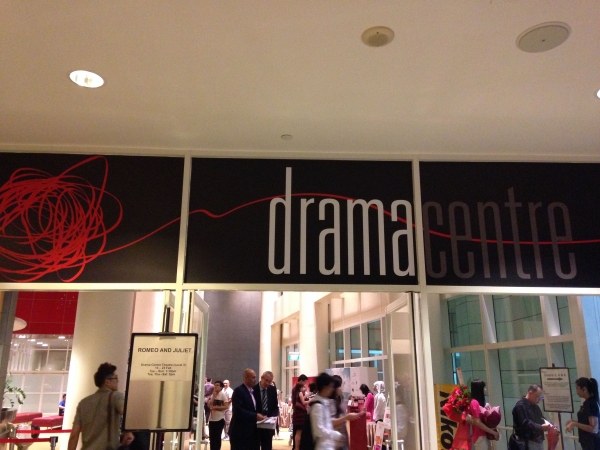 Time to catch Romeo and Juliet!

Twin beams shone down to illuminate a large wooden plank. I was greeted by this stage setting as we took our seats at the Drama Centre Theatre in the Bugis National Library Building. We had perfect seats right smack in the centre to catch a local production of one of the world’s most tragic plays ever written.

In short, Romeo and Juliet spins the story of two people from rival families that fall in love. Forced into an alternate marriage by her father, Juliet fakes death to escape, only for Romeo to not get hold of the plan. And that is where things get really interesting.

I loved how the play started with white clad figures floating about the stage, creating the perfect foreboding of an ominous happening. One of the most prominent features about this production was how the musical and play were mixed together. Think you might get bored from the archaic English? Not to worry, be certain that a character will burst into song to jolt you out from half-closed eyelids.

This play is a perfect reminder to all Singaporeans that we have talent in our midst. Duets were sung in perfect harmony, tapered with the kind of richness that sent shivers down my spine. To spice things up a little, there’s even a rap number. You wouldn’t expect Shakespeare and rap go well together, but it was a pleasant surprise nonetheless.

Among all the characters, Juliet’s (Ethel Yap) voice was clearest. I liked how I could hear and understand every word perfectly, and even in song it was no different. The nurse (Josephine Tan) added the much appreciated dimension of humour. She performed her role perfectly and drew effortless peals of laughter from us all.

Should you watch this play?

It was rather hard to understand the dialogue of the characters because of the unfamiliar type of English and the fast speed at which they spoke. Without a good grasp of the dialogue, I wasn’t fully able to appreciate the play, which dulled my enjoyment of it.

However, the uniqueness of this play-cum-musical, seamless blending a hint of modern culture into Shakespeare and the glorious voices that adorn this production earns a thumbs up for me.

All in all, definitely a commendable effort by Toy Factory. Go for it if you crave an injection of the Arts !

Get your Romeo and Juliet Tickets!

There will be just 16 shows aired between the 13th to 23rd of February at the Drama Centre Theatre so be sure to get your tickets before they all sell out!

Book your tickets now at sistic.com.sg 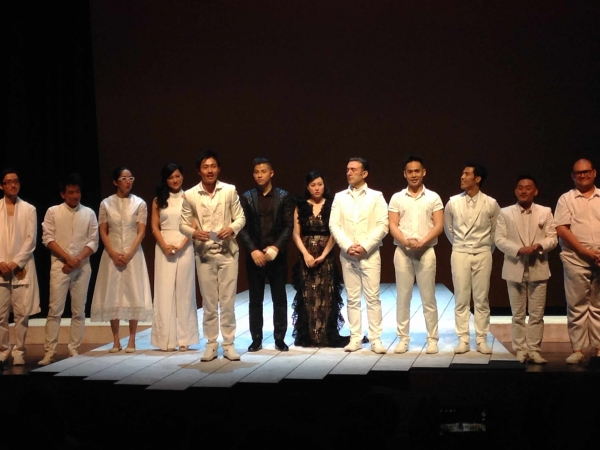