Mooncakes that’ll take you to the moon 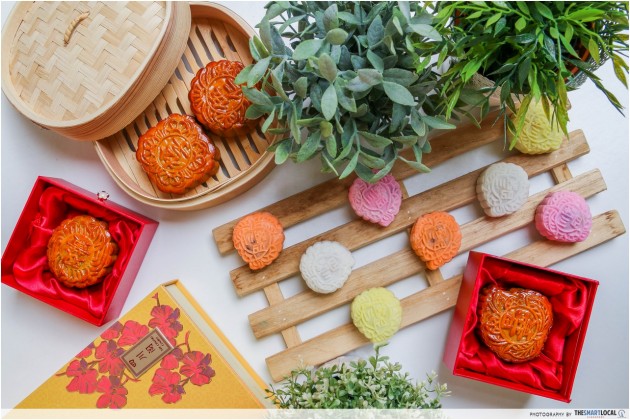 It’s that time of the year when everyone heads down to Takashimaya to get the best mooncake deals – and get free samples of course. I’m pretty sure the saying “you are what you eat” was birthed during the Mid-Autumn Festival. If you love mooncakes as much as I do, you’ll find yourself with an exploding belly that resembles a mooncake post-festival each year.

Mooncakes are irresistible. But year after year, with so many of the same offerings in predictable flavours, you end up purchasing the usual suspects – snow skin durian mooncake, white lotus seed paste mooncake, and if you’re feeling extra ambitious – the four yolk mooncake.

Ditch the norm and check out some of Fairmont Singapore’s selection of mooncakes, which includes two new snowskin flavours. The TSL team was invited for a mooncake party, and all we have to say is, the calories are totally worth it.

*All prices below are nett.

Instead of your normal round mooncakes, Fairmont gives their mooncakes an extra edge – literally – by making them in the shape of a peach. Think of longevity buns, only better. With a chewy and soft mochi-like exterior, it’s hard not to love snowskin mooncakes. 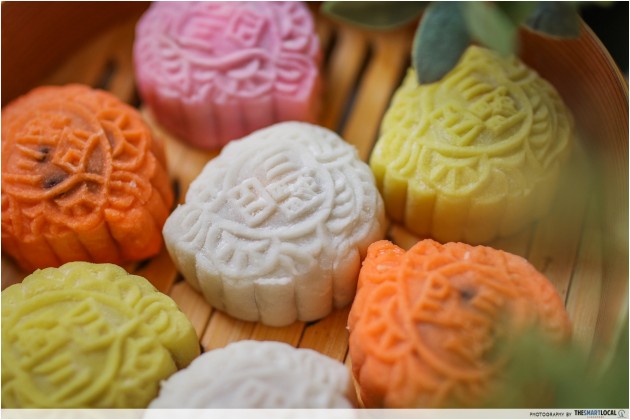 Stealing the hearts of many last year, this alcohol-infused mooncake is back again. Celebrating the heavenly marriage of chocolate and liquor in the form of a mooncake, this treat definitely does the all-time favourite flavour, Rum & Raisin justice.

Don’t underestimate this mooncake. As unassuming as it might seem, it packs a good dose of alcohol within its snowy-white skin, and each bite will leave your tastebuds tingling. The flavour of rum was distinct, and well complemented by the addition of dried raisins – giving the mooncake an extra textural dimension. 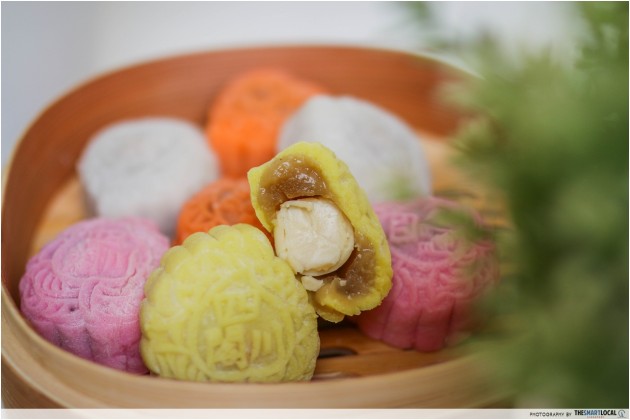 Another alcohol-infused highlight is the Champagne Truffle & Chocolate Ganache snowskin mooncake. Bringing subtle hints of champagne and chocolate to your taste buds, this is the perfect mid-autumn treat for more traditional mooncake lovers who want to experiment – one small step at a time.

In comparison to the burst of flavour in the Rum & Raisin Chocolate Truffle mooncake, this alternative is a little more muted. We would’ve liked the white chocolate sphere in the center to have been richer, to make the mooncake a more memorable one. 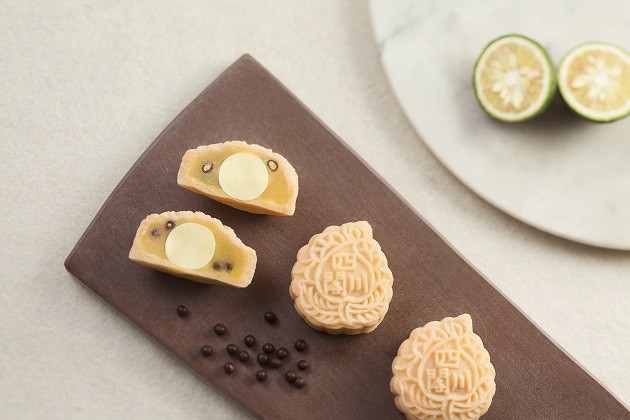 Yuzu has been making its rounds a food trend to watch, and the makers of mooncakes have heard and delivered. Szechuan Court’s new Yuzu Chocolate Crunchy Pearl is one addictive snowskin mooncake.

Embedded with chocolate pearls to provide an extra crunch to this delicate dessert, the yuzu flavour is prominent and gives the mooncake its citrusy kick. Fans of the Japanese fruit rejoice! We only wished for more chocolate. 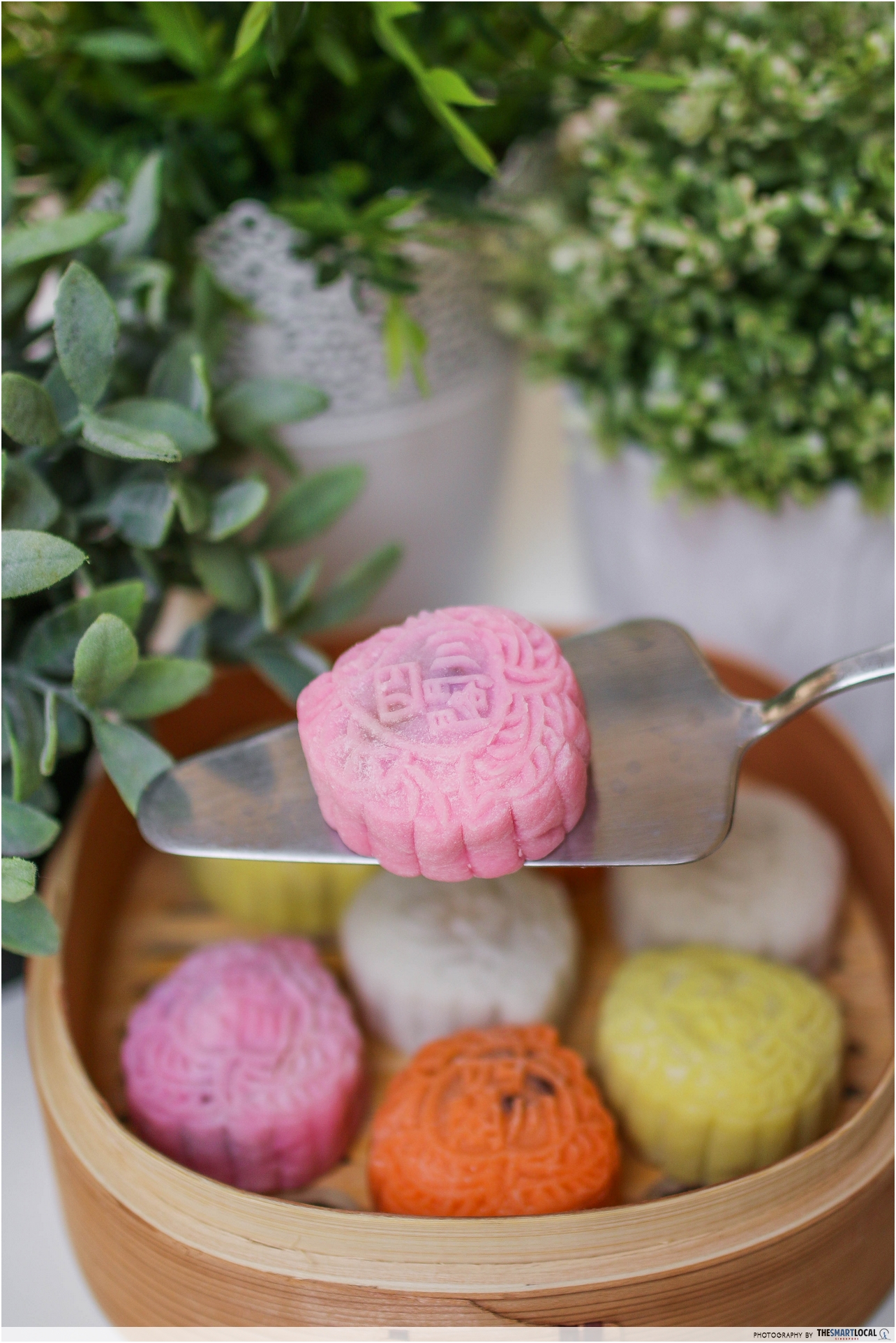 It was a unanimous decision between my colleague and I – the Cranberry & White Lotus snowskin mooncake was hands down the best of the lot. With a dainty, rose-hued skin, this mooncake looked almost too pretty to eat.

On top of the usual sweetness of the lotus paste, this mooncake had a mochi-like texture and a refreshing and fruity burst of flavour followed every bite we took, thanks to the dried cranberries mixed perfectly into the paste. The tartness of the cranberries elevated the taste of this mooncake, becoming one that even those without a sweet tooth will fall in love with.

Baked mooncakes go a long way back, and like they say – old is gold. No matter how delicious and pretty snowskin mooncake creations can be, they will never fully replace the good ol’ mooncakes that are baked to brown perfection. 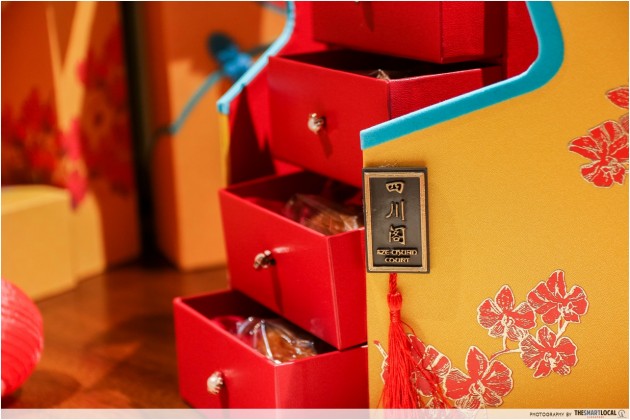 Individually wrapped in an elegant box, Fairmont Singapore sure knows how to make the ordinary look extraordinary. Their standard Double Yolk in White Lotus Paste mooncake was firm and chewy. The yolks balanced out the sweetness of the mooncake, creating the sweet-savoury combination everyone loves. 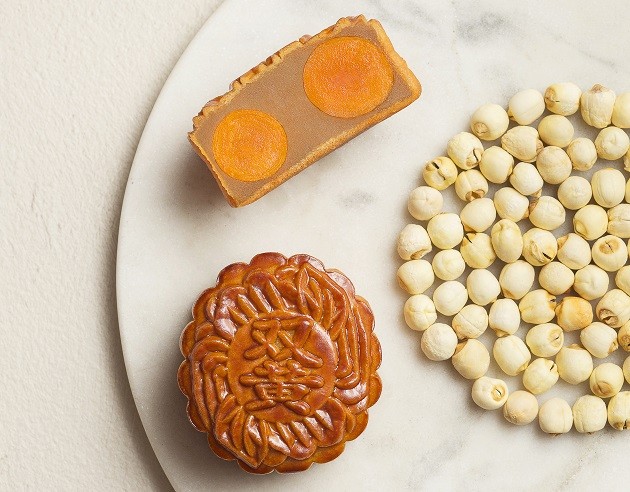 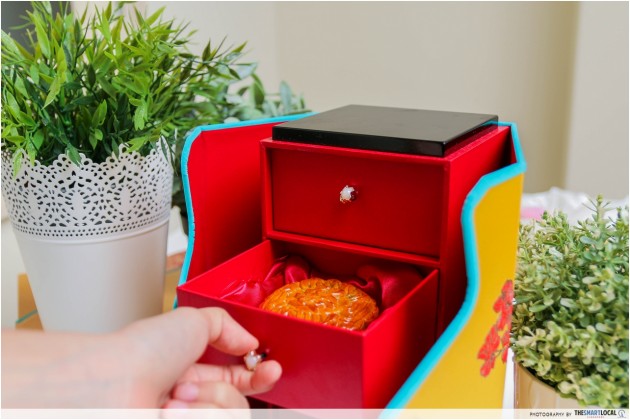 If you’re not about the frills, then Szechuan Court’s Single Yolk in White Lotus Paste mooncake won’t disappoint. It might look like any other standard single-yolk mooncake, but there’s more than meets the eye. Fairmont Singapore has upped its game by adding macadamia nuts into the mix.

Besides giving the mooncake a mild, nutty flavour, the macadamia also adds a tinge of creamy butteriness to the paste. 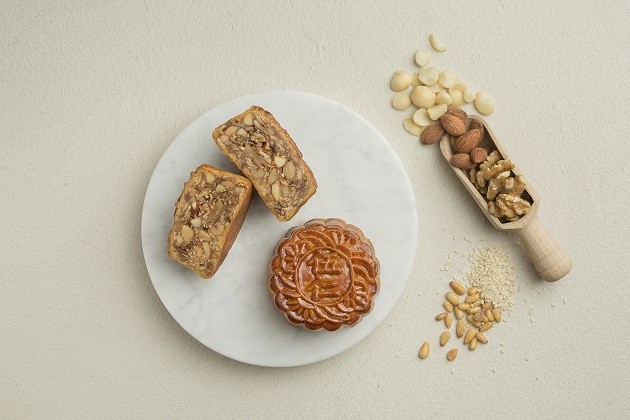 If you’re nuts for nuts and seeds, this is the mooncake for you. Packed with an intense amount of crunchy bits, you’ll find a medley of sunflower seeds, melon seeds, white sesame, almonds and walnuts contrasting the balmy lotus paste and soft exterior – expect a different mouthfeel from all your normal mooncakes. Somehow the nuts and seeds made the mooncake feel less dense, and less jelat as a whole. Pick them up at $67 for a box of 4. If the mix of textures and tastes in Szechuan Court’s Five Grains mooncake is too much for you, try their Roasted Pine Nuts in White Lotus Paste instead. It has a more even balance of chewiness and crunch, with a pleasant fragrance of roasted nuts.

Although the roasted pine nuts featured in the paste could be more generous, the flavour of this mooncake was distinct and fresh, making it quite a standout. 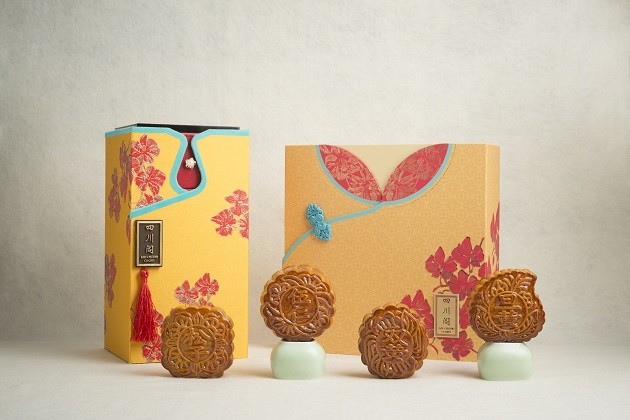 If you’re searching for mooncakes that aren’t quite like the ordinary ones you get every year, look no further! Szechuan Court by Fairmont Singapore promises a platter of mooncakes in unique shapes and flavours that’ll capture the hearts of many – the alcoholics, nut-lovers, fruit fanatics, and also the loyal followers of the traditional baked mooncake.

Packed in elegant, cheongsam-inspired boxes, these mooncakes make great gifts this season. From the packaging and creative shape, to their divine flavours, you won’t be disappointed this Mid-Autumn Festival. And if you have in-laws or potential ones that need a little impressing, we recommend the premium box of 4 baked mooncakes at $88. 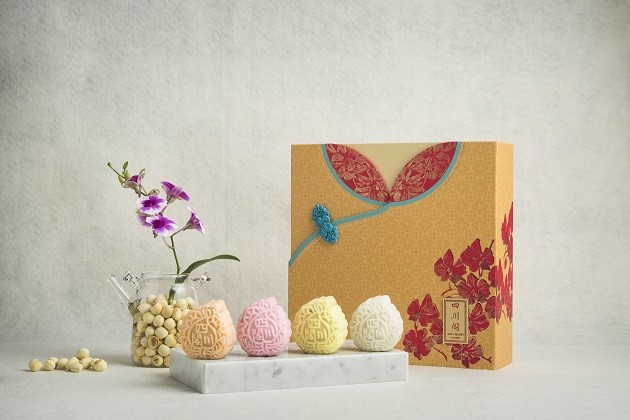 Don’t miss out on their new creations, Cranberry Snow and Imperial Yuzu this year! Depending on their popularity, you might not get the chance to taste them again next time. There’s also an early bird special where you’ll enjoy a 25% discount off your online orders from 8th – 28th August.

It’s the Mooncake Festival, so put your diets on hold!

This post was brought to you by Fairmont Singapore.