Chinese New Year is a season that has it all: snacking on goodies, receiving angbaos and bonding with family and friends through dinners and games like mahjong. From shouting auspicious phrases during lo hei and giving out angbaos and even numbers, it’s no surprise that CNY comes with lots of practices to follow.

If you want to be extra careful this year, here are 10 Chinese superstitions and taboos to keep in mind this CNY so you don’t start the year with bad luck.

1. Do: Deposit money on Li Chun 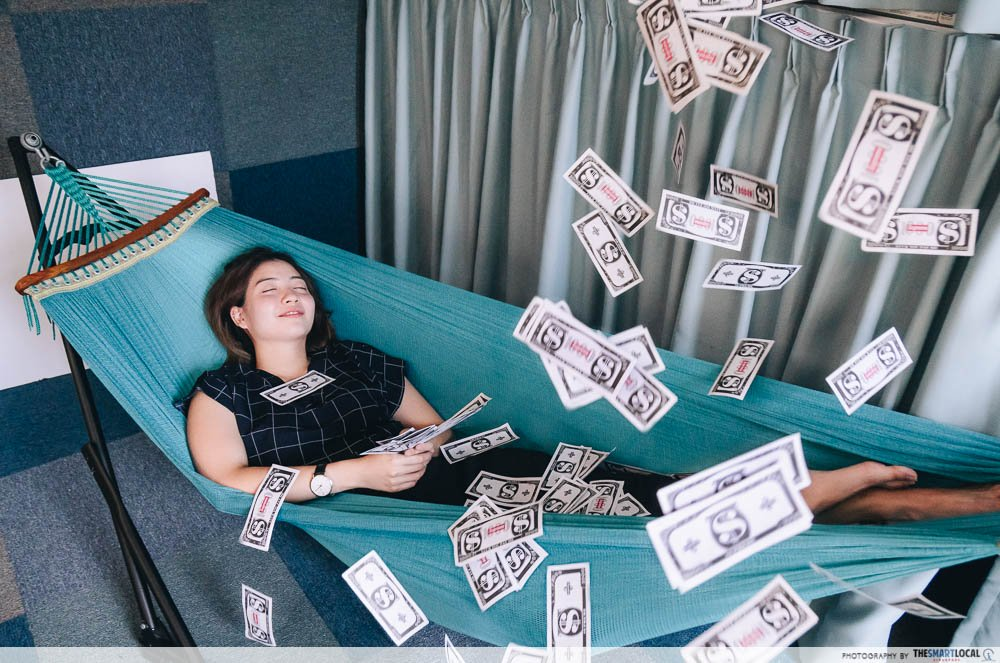 POV: You basking in wealth after depositing money at your auspicious timing

If you’ve ever been to the bank around CNY, you might have noticed lines longer than usual – your parents might even have urged you to deposit money during the season. And the best day to do this? Li Chun.

Li Chun usually takes place on the third or fourth day of CNY and is the first day on the Chinese solar calendar, signifying the beginning of spring. It’s considered an auspicious day and depositing money into your bank account is seen as a form of welcoming good fortune, thus becoming a tradition here in Singapore.

Tip: Search up auspicious timings according to your zodiac sign to get that maximum huat.

2. Don’t: Greet anyone if they’re still in bed 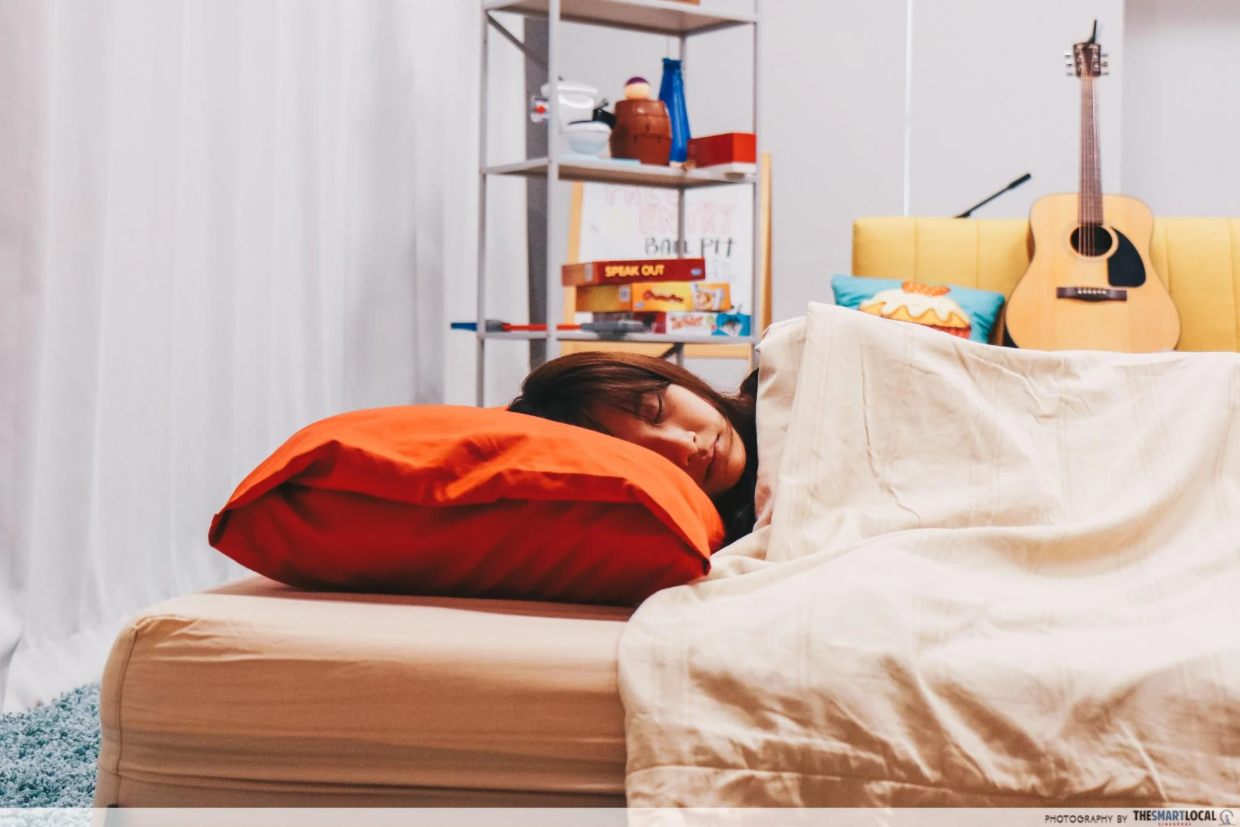 The bedroom is one of the most private spaces in anyone’s home, so it’s no surprise that having anyone intrude is considered impolite. However, don’t go around making matters worse by announcing your CNY greetings to family members while they’re still in bed. 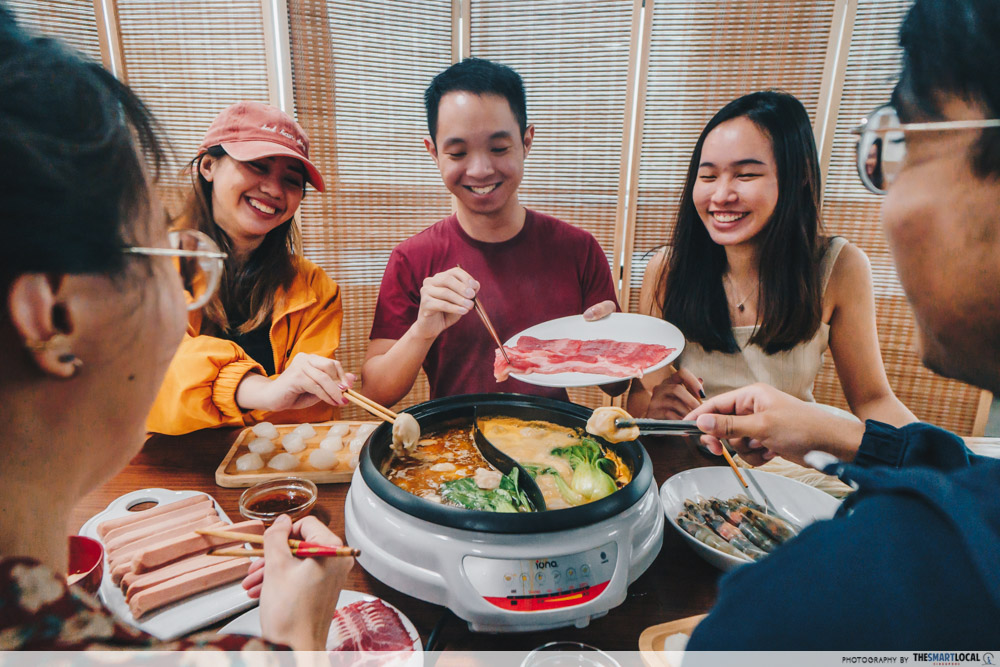 Though CNY is all about feasting, it’s said that avoiding meat on the first and 15th day will ensure you a long and happy life. A big belief is that Buddhist gods arrive on Earth on the first day to greet each other and thus, meat should not be eaten to show them some respect.

We can’t say for sure what’ll happen if you do end up eating meat, but if you don’t want to take your chances, try going vegetarian for a day instead.

4. Do: Place nine oranges in your kitchen 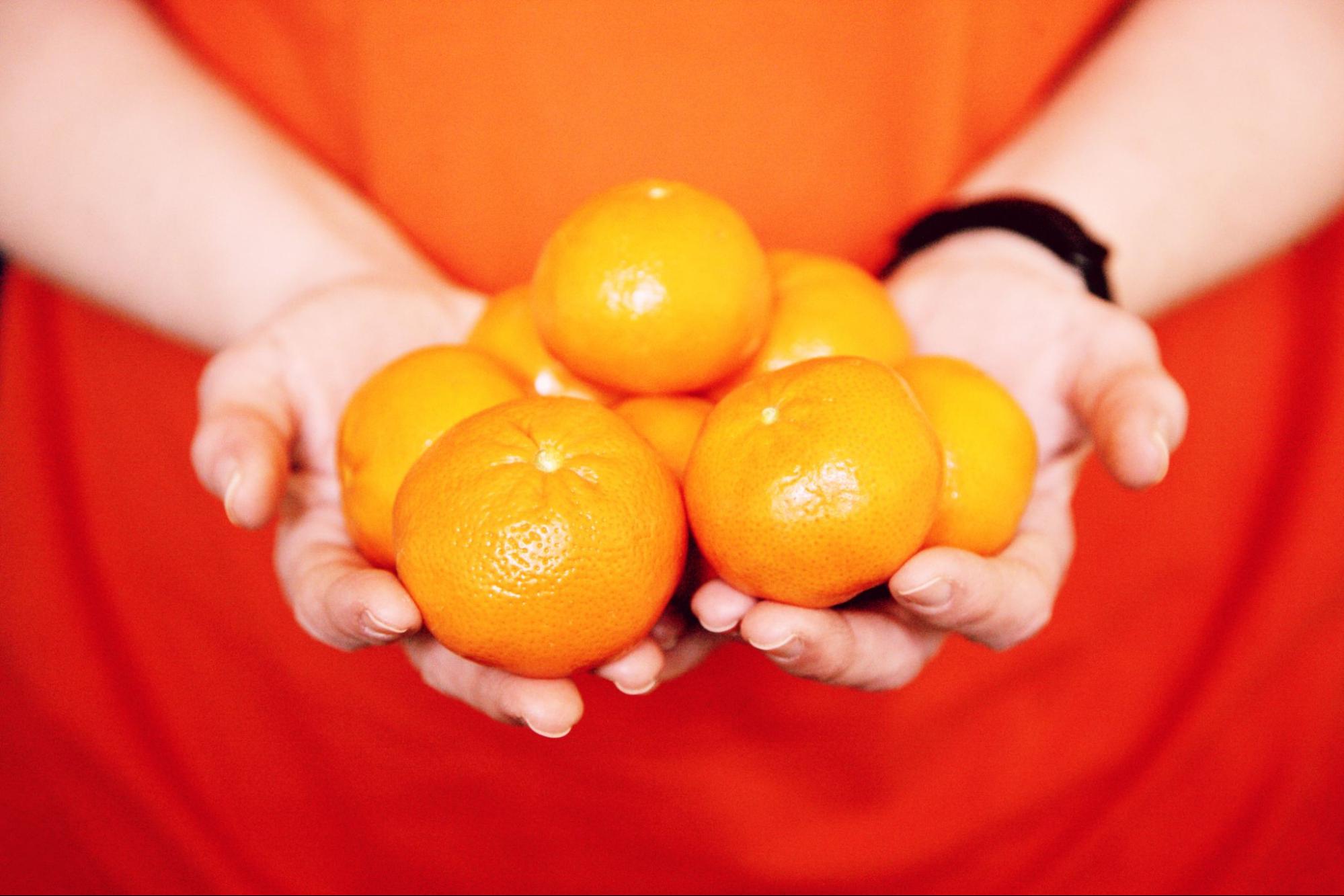 Chinese culture loves associating food items with different meanings based on what the words sound like, and this superstition is no exception.

This might sound oddly specific, but placing nine oranges in the kitchen where meals are prepared is said to bring you everlasting luck and prosperity. “Nine” (jiu) in Mandarin is a homonym for “everlasting” and the Cantonese word for orange, “kam”, sounds similar to the word for “gold”.

Plus, it’s also said that evil spirits and ghosts are scared of citrus fruits so you’ll be able to chase them away while raking in good fortune. 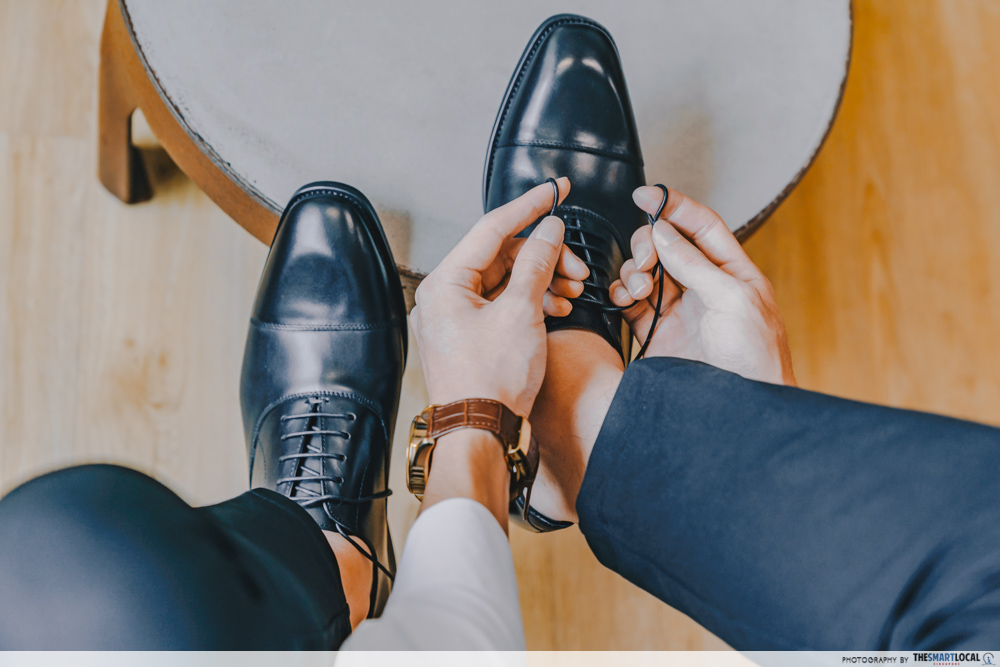 Shopping for new clothes and shoes is one of the highlights of celebrating CNY apart from the yummy goodies and angbaos. And while it’s perfectly fine to treat yourself to a pair of new kicks before the new year, you should avoid doing so during the first few days of CNY.

The Teochew word for shoes, “hoi”, sounds similar to sighing – a sign of suffering. So just remember that your new pair of sneakers could just end up bringing about bad luck, no matter how sick they look. 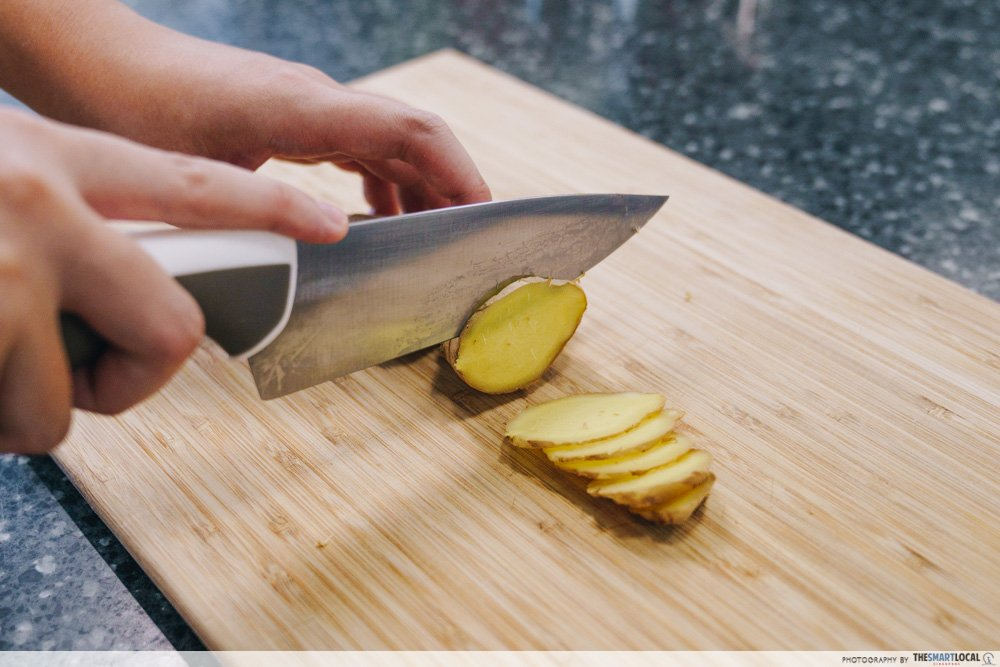 We probably wouldn’t think too much about using utensils like knives while whipping up a CNY feast, but it’s actually encouraged that these kitchen tools be avoided as much as possible.

Scissors are an omen for fights and their blades are thought to be like lips spouting hurtful words during a quarrel. Plus, using sharp objects like knives is akin to cutting out good luck from your life.

Using these sharp kitchen tools is usually only discouraged on the first day of CNY, so you won’t have to worry too much about not being able to prepare meals the entire time. To avoid using knives or scissors on the first day, keep some leftovers from your reunion dinner or chop and prep your ingredients beforehand.

7. Do: Open your doors and windows on the eve 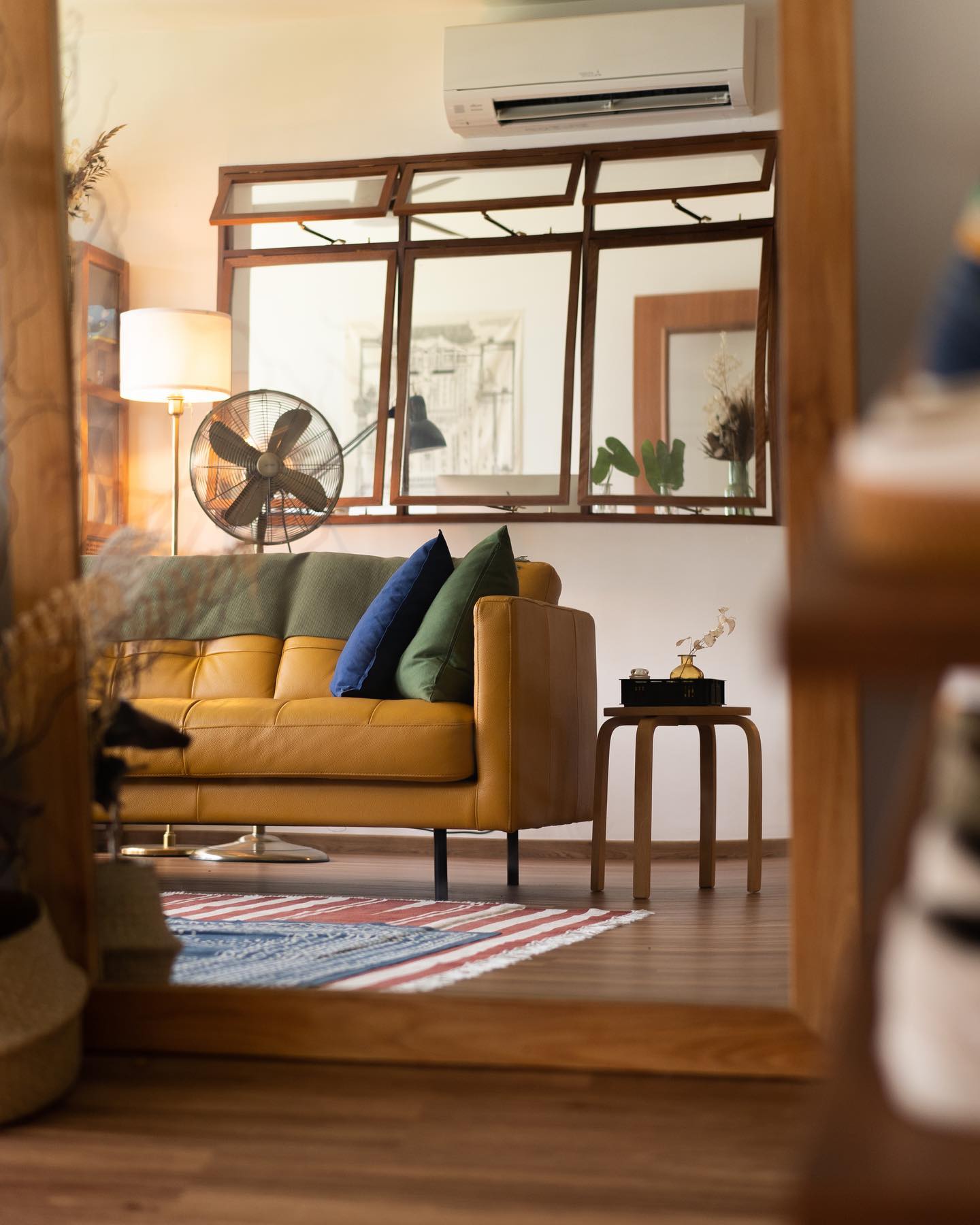 Staying up as late as possible on CNY eve so your parents can have a long life is one of the more common Chinese superstitions, but don’t forget to leave the windows and doors open while you’re at it. This symbolises getting rid of the old and making way for the new, while also inviting the God of Fortune into your home.

Don’t forget to leave the lights switched on throughout the night while you’re at it to scare away Nian, the mythical creature who was said to kill and eat villagers in the past.

8. Don’t: Wash the clothes or sweep the floor 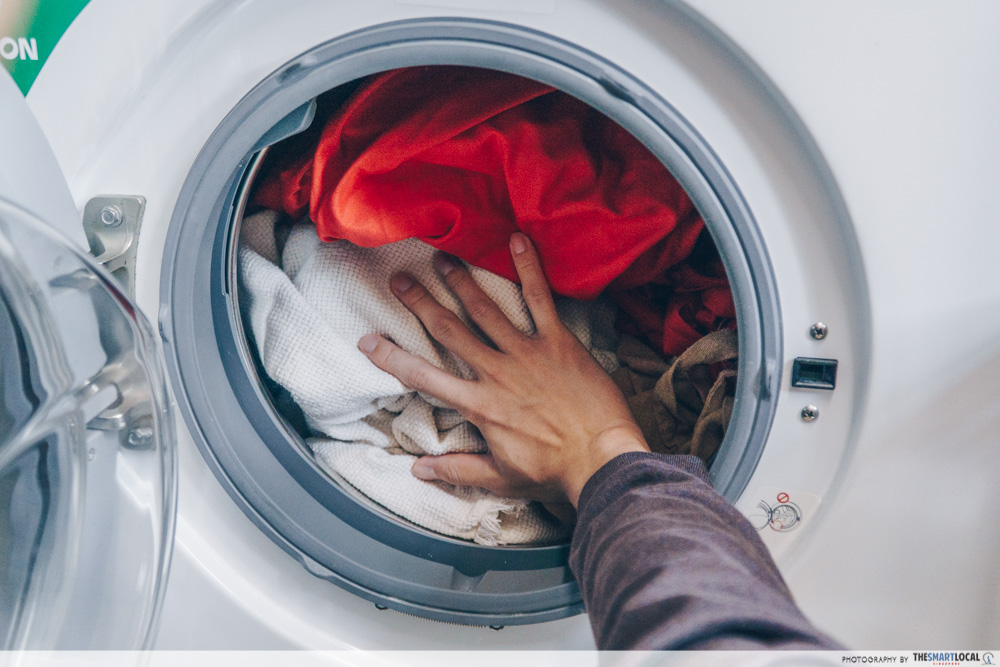 With spring cleaning as the #1 thing on our to-do lists at the moment, you’re likely to find yourself doing chores like sweeping the floors and chucking your dirty clothes in the washer.

While all of this can put a smile on mum’s face, washing and sweeping is believed to get rid of good luck and wealth. If you die die must sweep the floor, do it in an outside-in motion, signifying one collecting money into the home instead. 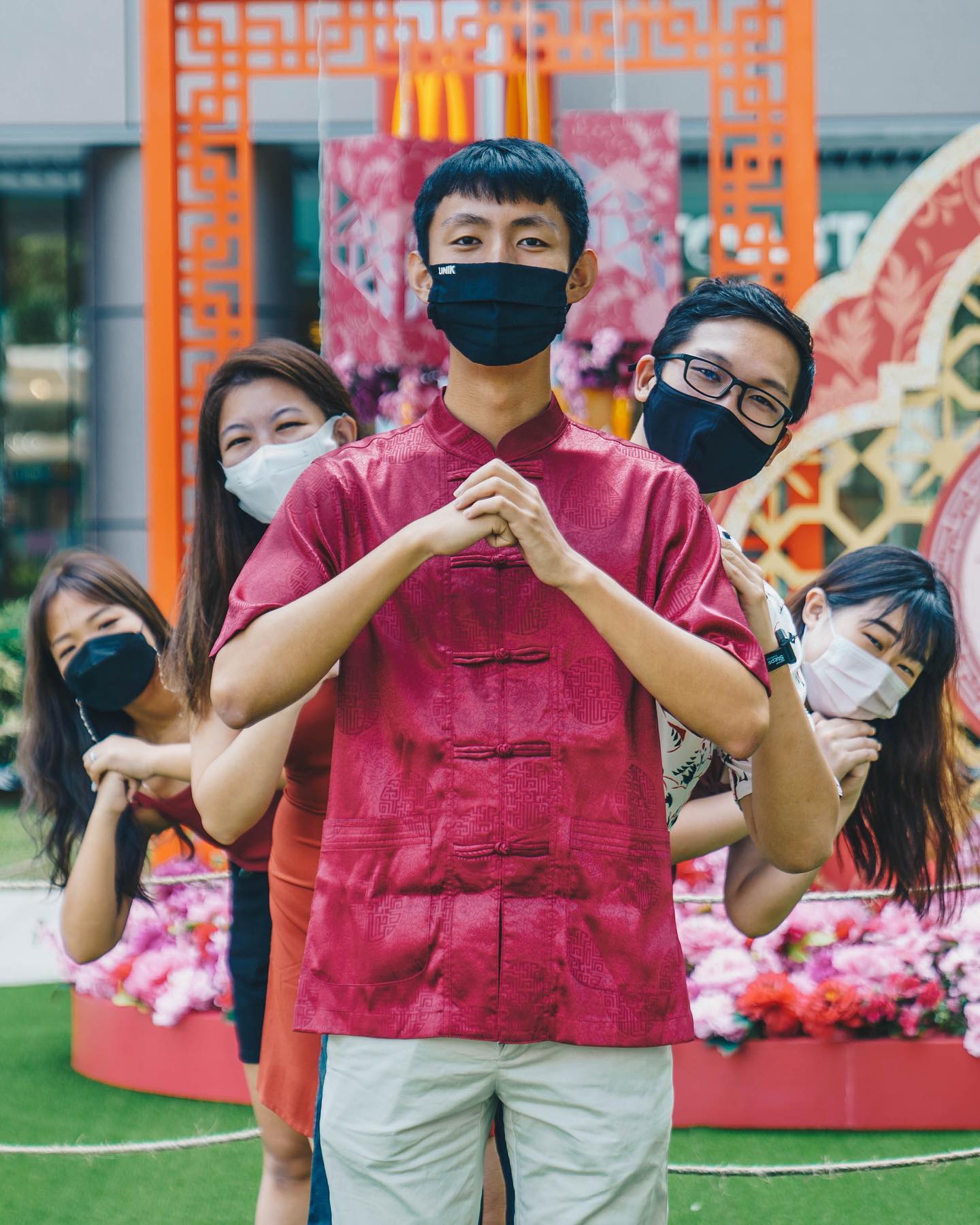 Going visiting or even stepping out of the house is discouraged on the third day of CNY, also referred to as Chi Kou Ri or the Day of Red Mouth. This is because it’s believed that fights and quarrels can easily happen on this day so it’s considered ominous and unlucky.

Some also believe that it’s also the day where evil spirits roam the earth – stay at home if you don’t want to risk it. 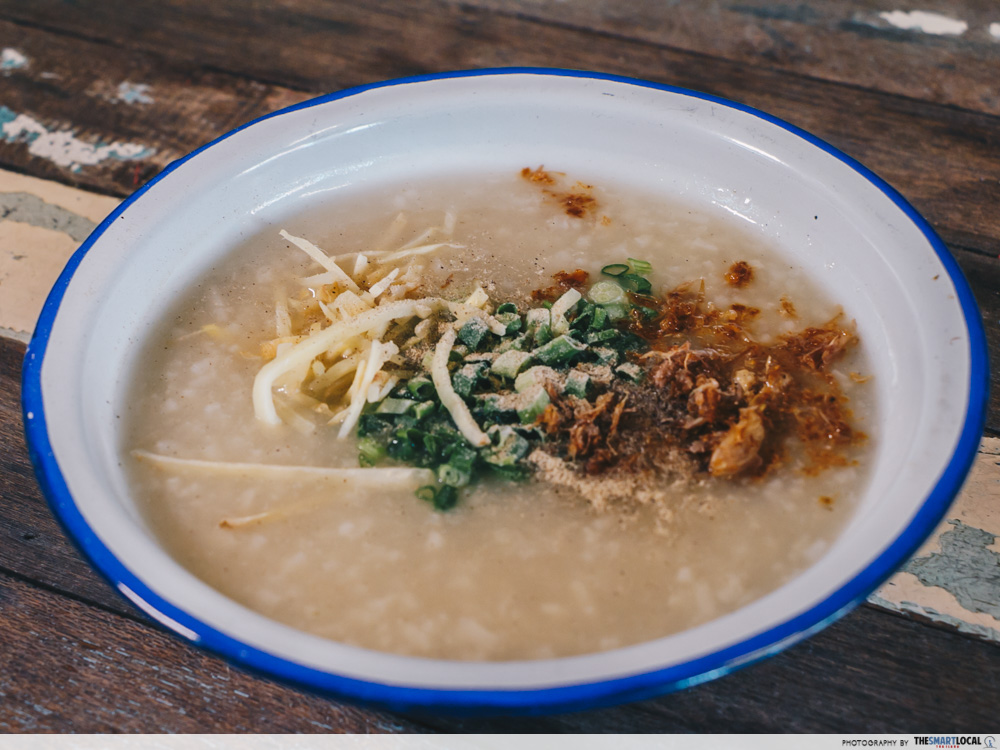 Porridge might seem like an easy and common meal to prepare for breakfast, but on CNY, it’s considered a taboo. This is because in the olden days, porridge was viewed as “poor person’s” food.

And with how highly Chinese culture regards wealth and prosperity, eating porridge is akin to starting your year off “poor”.

If you want to prepare a simple meal to kickstart the day before visiting, check out these easy oats recipes.

Even outside of Chinese New Year, these “rituals” highly regarded and many are still practised here in Singapore today. So if you want to rake in all that wealth and prosperity and get that extra huat this year, it might be useful to keep some of these Chinese superstitions in mind. 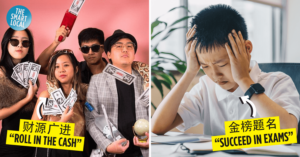 11 Advanced CNY Greetings To Say During Family Gatherings That’ll Make You Less Of A “Jiak Kantang”
You Can Now Send Gifts On Grab With A Cute AR Tiger, Get Vouchers &... 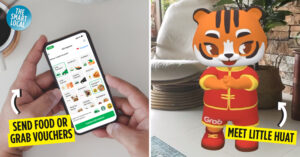