Carnivorous plants may strike fear in many of our hearts thanks to their intimidating looks and predatory nature. If you freaked out seeing the man-eating venus flytraps in Journey To The Centre Of the Earth, you aren’t the only one.

Fortunately for us, contrary to pop-culture depictions, they don’t actually harm humans – and unlike animals, can’t take a nip off our fingers if we so much as touch them. They’re only capable of eating small animals like insects and frogs – so if anything, they’re a useful pest control system to have at home. For those looking to try growing their first insect-eating pet, below are seven easy options: It may look like a cactus, but don’t be bamboozled – that’s a butterwort, also commonly known by its scientific name of pinguicula. Unlike prickly cacti, they have leaves with sticky glands that trap insects – like a flypaper does – for extra nutrition.

Fun fact: The leaves are sticky to insects but feel smooth and slightly oily to us instead. 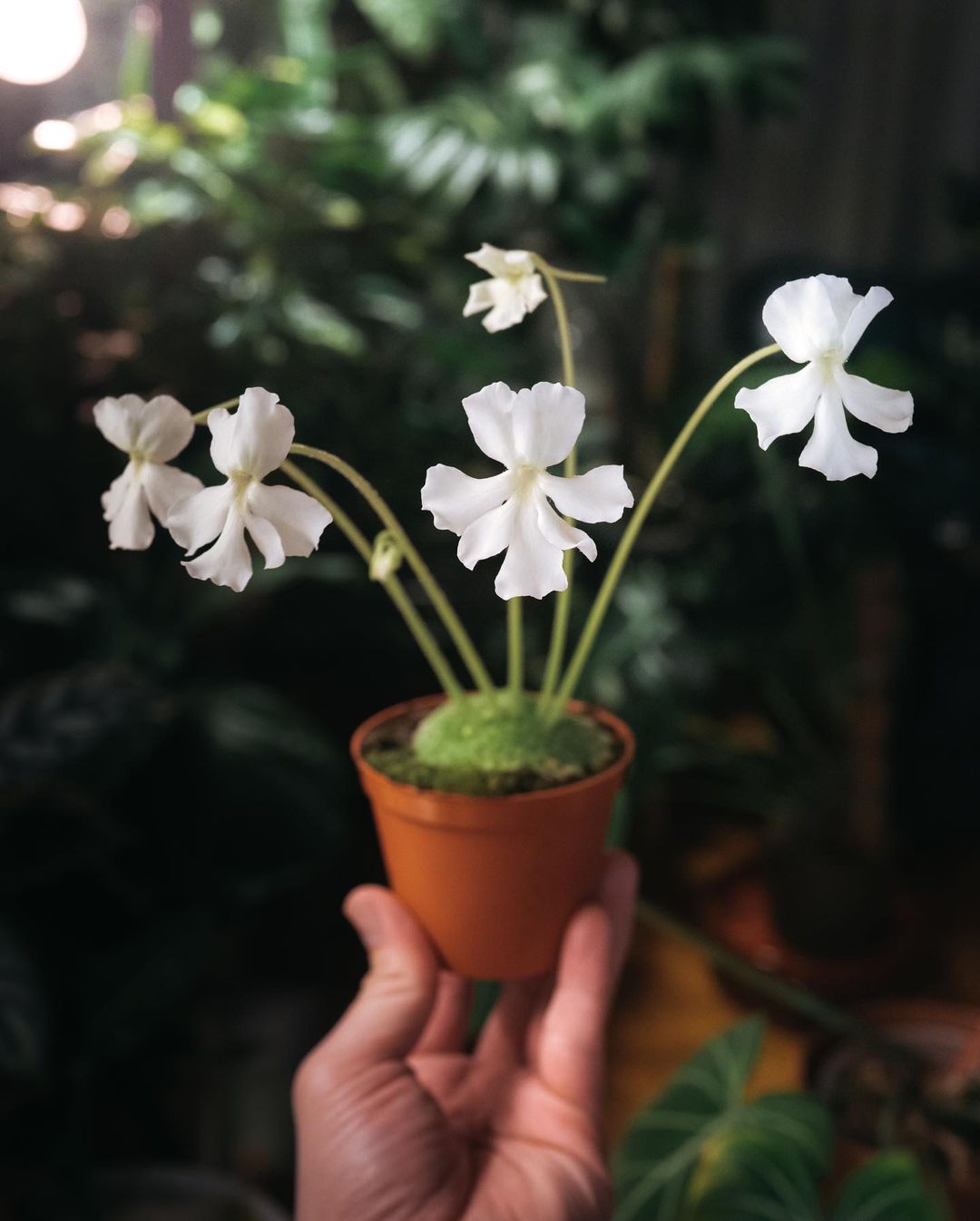 While these rarely bloom in tropical climates, there’s a small chance you can get them to blossom if you ensure that their soil is always moist and that they’re placed under partial shade, away from direct sunlight.

Eats: Flies, springtails and pollen from other plants

Price: From $5
Get a butterwort here. 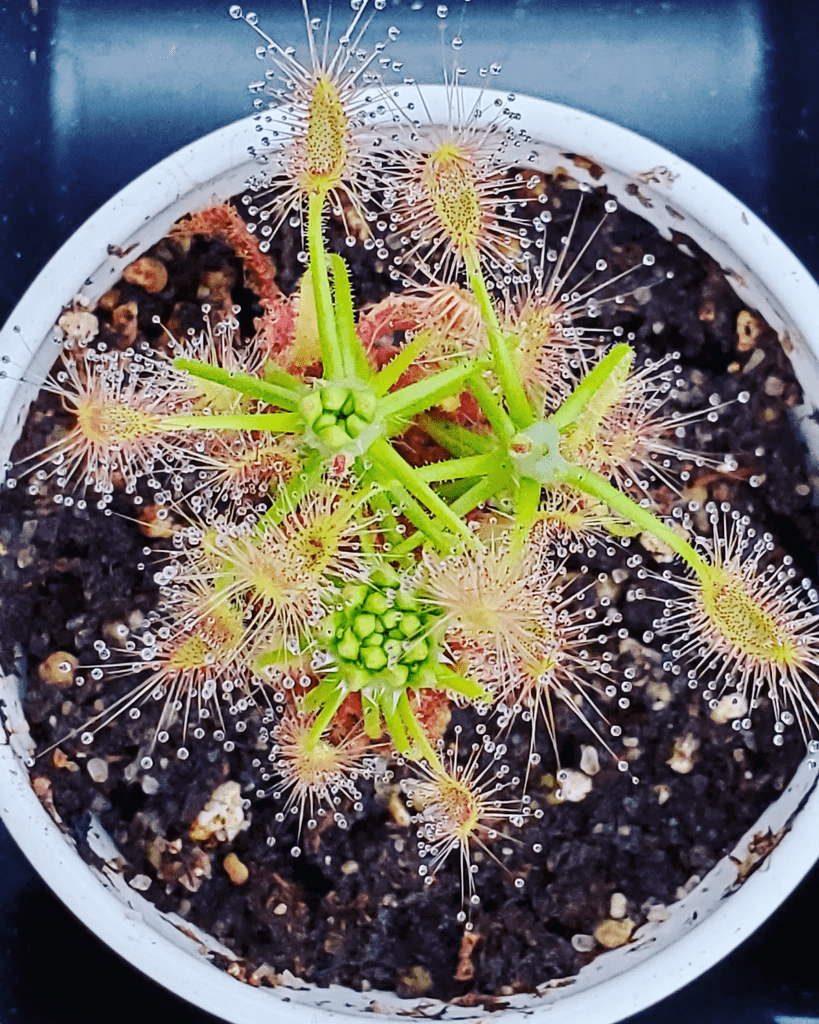 Perhaps one of the prettiest carnivorous plants is the pygmy sundew, which looks more like an otherworldly creature out of Avatar than your regular flora. Typically only about 15-20 millimetres wide, this is a dainty option that you can easily use to both decorate your desk and get rid of any insects nearby that could bug you while you’re hard at work. Each leaf is tipped with a naturally-produced glistening sticky dew that looks like little gems, but is actually a hellish trap for insects. The plant secretes a sweet smell that attracts bugs, and once the critter lands on the dew drop, it’ll find itself trapped and quickly smothered to death.

As its name suggests, the plant grows best with plenty of sunlight so place it near a window for it to flourish.

Price: from $15
Get a pygmy sundew from Singapore Carnivorous Plants Store or SG Venus Flytrap Among the most famous of carnivorous plants is the venus flytrap. It lures insects in with a sweet-smelling nectar, and once it senses its next meal has landed, the trap shuts close and the insect is digested within.

* Update: While not all species of venus flytraps thrive in our warm tropical climate, some sellers have bred strains that are suitable for growing in Singapore.

To ensure it grows well, be sure to place it under direct sunlight and keep the soil damp by watering it with distilled water. Just like the venus flytrap, you’ve probably learnt of the pitcher plant in primary school science class. Pokemon fans might find that it looks a lot like Victreebel, with its eggplant-shaped body and leafy “cap” that shuts once an insect falls into its acid-filled pitchers. There are more than 80 types of pitcher plants around but an easy-to-grow species is the nepenthes ampullaria pitcher, easily identifiable by its oblong shape and striking reddish-purple spots. The tropical species is native to Singapore making it extremely well-suited to grow in our homes. Other than insects, this one has also evolved to feed on fallen leaves!

Price: $28
Get a nepenthes ampullaria pitcher. 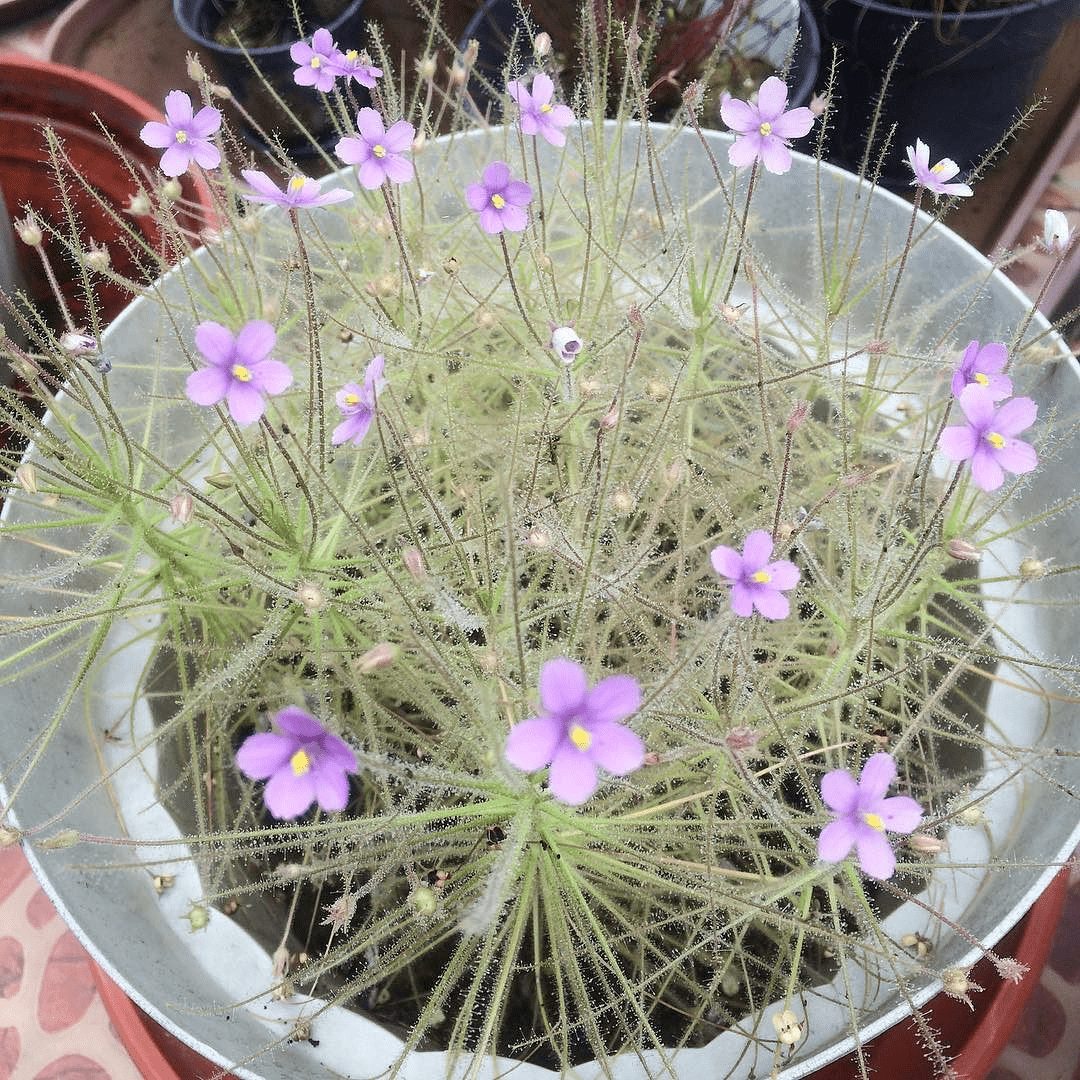 Nicknamed the “rainbow plant”, the byblis blooms gorgeous white, purple and pink flowers when it is healthy. It’s among the easiest to get your hands on, with many sellers on Carousell listing it from prices as low as $2.

Much like the sundew, this ensnares insects by trapping them in its sticky dew. For those intrigued with the way carnivorous plants work, you’ll be able to clearly see insects like mosquitoes being devoured on the surface of this plant. 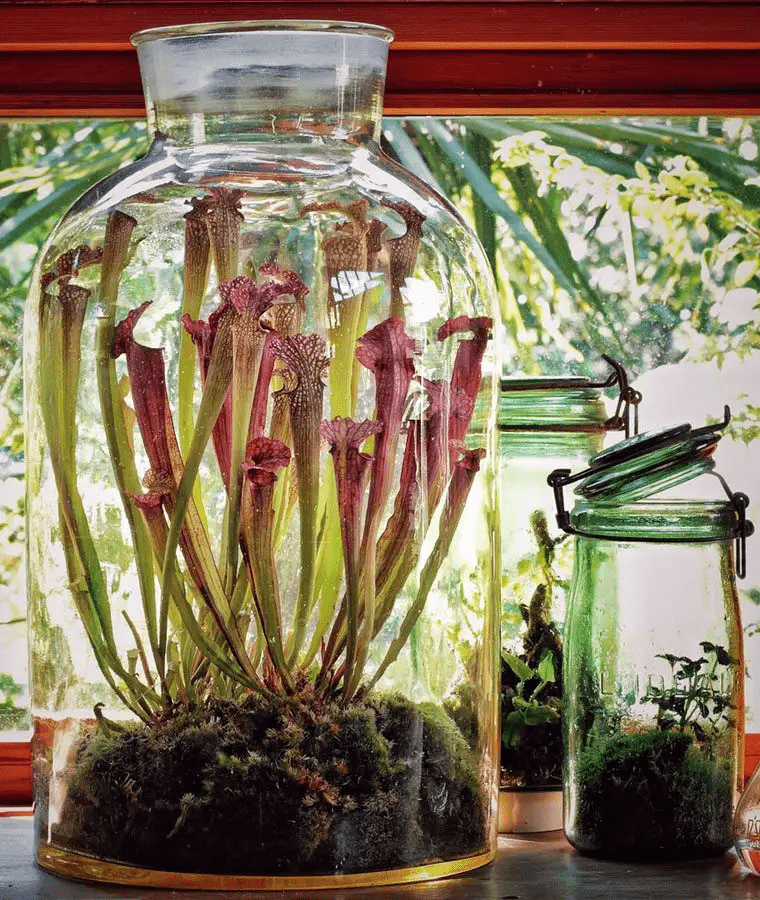 For those who’d like to add a statement potted plant to their home, try the trumpet pitcher or sarracenia, an elegant plant with elongated tubes, or pitchers, used to catch insects like flies. They’re known to be super easy to grow and require minimal care, perfect for busy folks with a lack of affinity towards greens.

All you have to do is let it grow in an area where it gets either a light shade or direct sunlight and make sure to keep the soil moist but not wet by top watering it two to three times a week. Their full size ranges from 25CM-1.5M depending on the species – but generally speaking, those kept outdoors in a large pot or open garden tend to be able to grow bigger.

Eats: Most types of bugs A lance-leaved sundew has an intriguing shape that resembles underwater creatures like starfishes or octopi so adding one to your home garden will surely amp up the cool-factor of your garden.

Endemic to Australia, this species is easy to grow on our sunny island, although relatively a rare species worldwide. They’re easily distinguishable from other species of sundews by their sword-shaped leaves that sometimes curl up like tentacles towards the tip. Each leaf is responsible for feeding the plant by trapping insects using a glue-like gel.

Price: $8
Get a lance-leaved sundew.

Grow some carnivorous plants at home

Nothing comes close to being as rewarding as watching something grow under your care. If you’d like to embark on a next passion project by growing a garden of your own, try adding one of these beginner-friendly carnivorous plants to your collection.

Since these plants aren’t in their natural insect-ridden environment, your plant might occasionally need a bit of help with getting some nutrition. If it’s been dry on insects, help your plant out by feeding it a dead or live insect about once a week.

Pro-tip: If you’d rather not deal with insects, alternatives include frozen bloodworms and fish food.

For more articles on gardening, read: 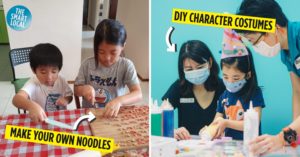 5 Unique Family-Friendly Things To Do This March School Holidays That Your Kids Will 100% Love
GO Team Has Fun Mobile Laser Tag Sessions Where You Can Target Your Friends Or... 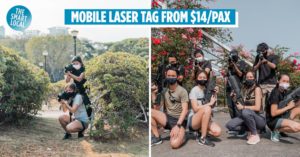