If you were born, bred, and seasoned in Singapore, you’d probably have fond memories of Jurong Bird Park – whether it’s for school excursions or weekend visits with the fam. You may have heard that it’s closing, but it’s not goodbye. The birds will be moving to a new location, and the park will be renamed Bird Paradise, slated to open in the 2nd quarter of 2023.

Like birds migrating in the wild, there’ll be a big migration to Mandai after the bird park closes on 3rd January 2023. But before that, here’s all you need to know about the new Bird Paradise.

1. It’ll be joining forces with the other big 3 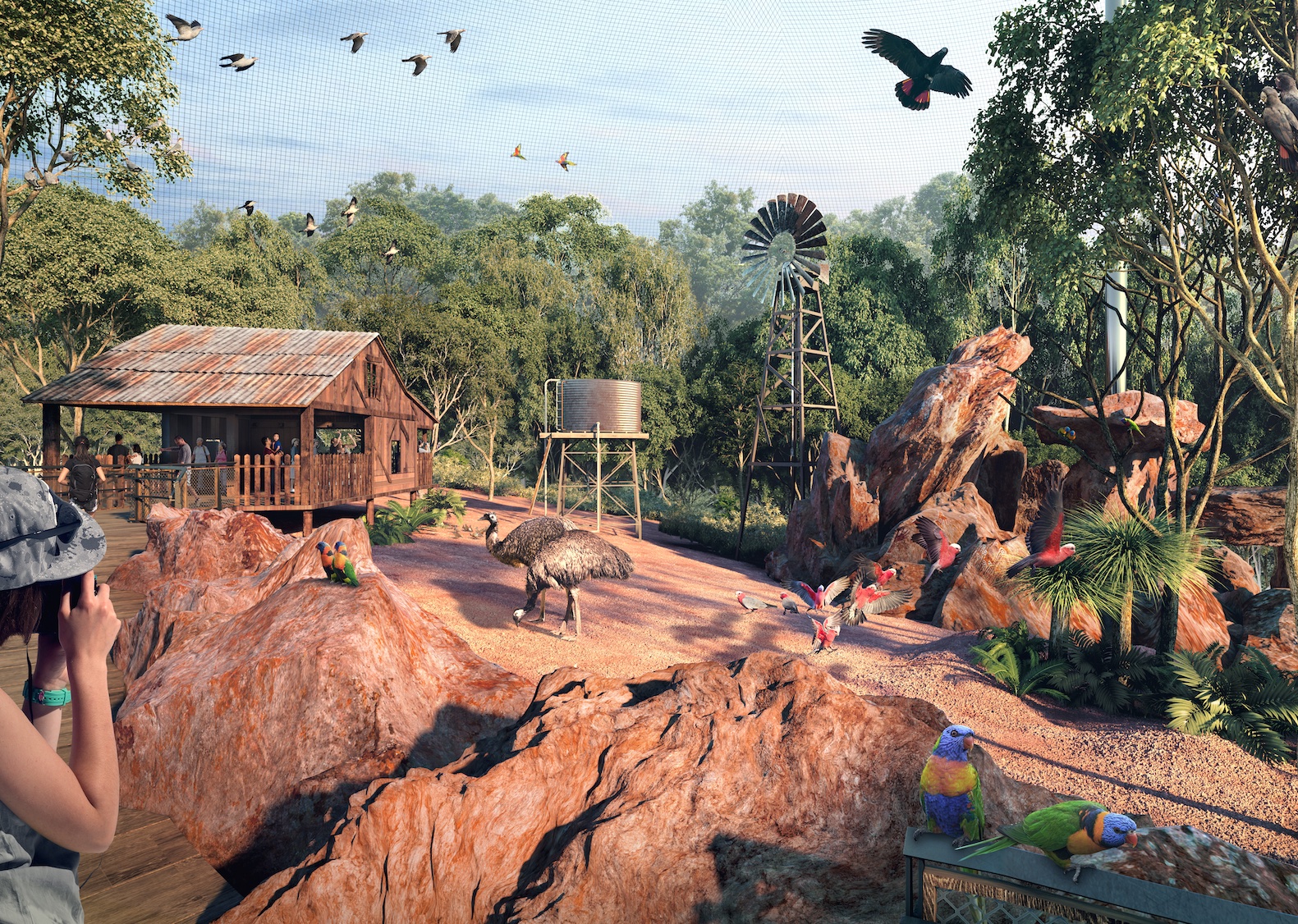 Yes, we know what you’re thinking – why must change name one?

That’s because the bird park will no longer be in Jurong. Instead, it will move to an even more ulu neighbourhood. Bird Paradise will be part of the Mandai Rejuvenation Project, joining 3 other existing wildlife parks – Singapore Zoo, Night Safari, and River Safari – at Mandai Nature Reserve alongside an all-new Rainforest Wild. There’ll also be more green public spaces and an upcoming eco-resort, Banyan Tree Mandai.

The new Bird Paradise will span around 17 hectares, significantly smaller than the 20.2-hectare Jurong Bird Park. Yet, it will remain the largest of its kind in Asia, home to 3,500 birds from more than 400 species.

2. There are 8 walk-through aviaries

Think you can’t go around the world in a couple of hours? Think again.

The new Bird Paradise will take bird-watching to a whole new level. If you’re a nature lover who has always dreamt of going to different countries to marvel at animals in the wild but just can’t muster enough leave days, you can traverse different geographical regions within Bird Paradise. 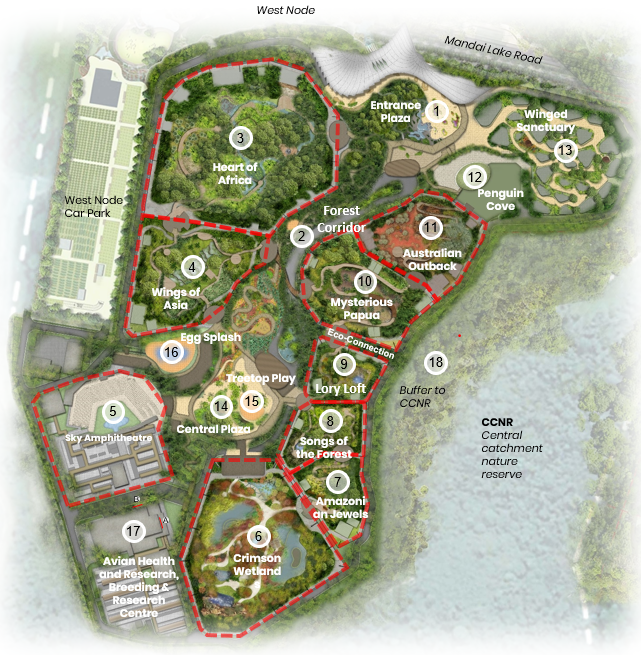 3. Including an elevated canopy – no, it’s not Macritchie

The largest one of the walk-through aviaries is dedicated to the colourful birds of continental Africa. No, you won’t be blessing down the rains, but instead, wander through a misty forest with meandering forest streams at the Heart of Africa. 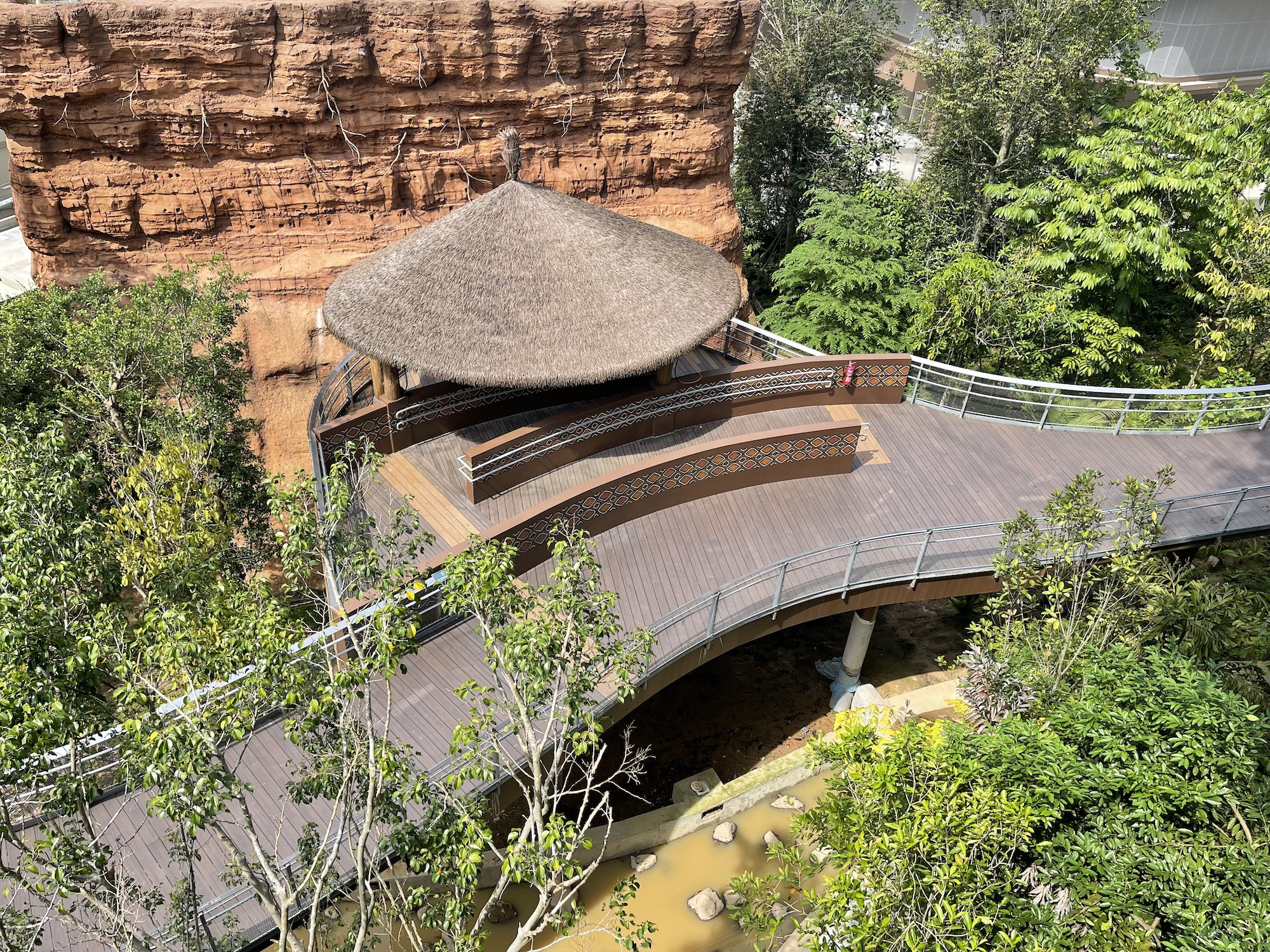 Those familiar with the birds of continental Africa would’ve probably heard of bee-eaters, a group of colourful birds that eat bees and other flying insects such as dragonflies. At Heart Of Africa, you’ll get to see them in action as they dive and swoop to catch insects mid-air in the aviary.

4. The iconic Waterfall Aviary is being resurrected 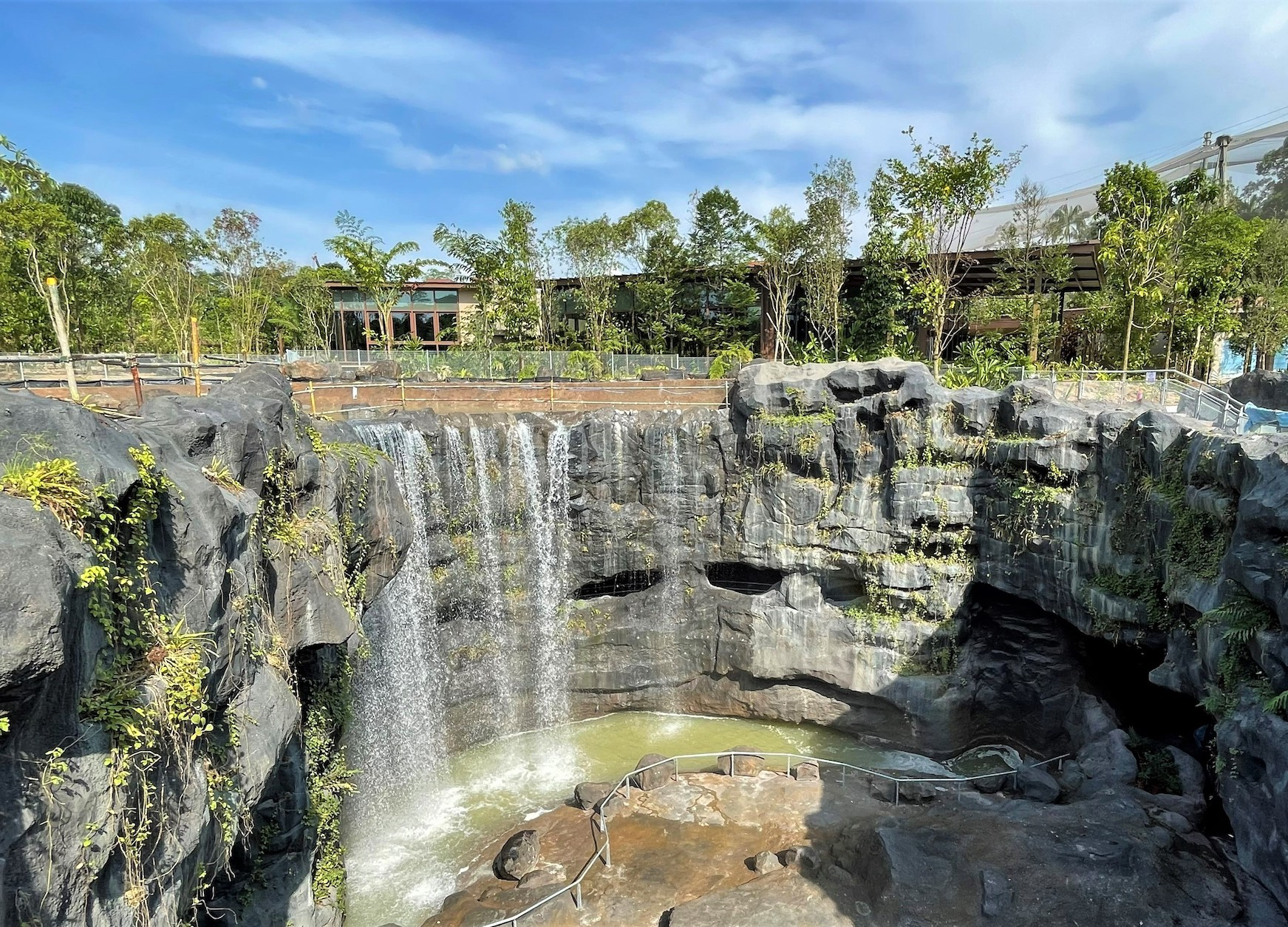 Those who have visited Jurong Bird Park would probably be familiar with its iconic Waterfall Aviary. Well, you can find a re-creation of it at Crimson Wetlands, set against the backdrop of a floating village in South America.

This is home to the scarlet ibises and roseate spoonbills, alongside the the fan-favourite colourful macaws, who will be feeding here.

5. There’ll be over 20 species of hornbills Of course, how could we miss out the birds of Southeast Asia? Transport yourself to the bamboo forests and sloping rice terraces of the region at Wings of Asia. Beyond aesthetics, the landscaping with a labyrinth of bamboo provides sustenance for the animals living in the habitat.

Here’s where you can find 20 different species of hornbills, including new species such as the Knobbed Hornbill and Sulawesi Hornbill. This area is being dubbed as “the world’s largest living genetic reserve of hornbills under human care”.

6. You can dine with penguins at Penguin Cove 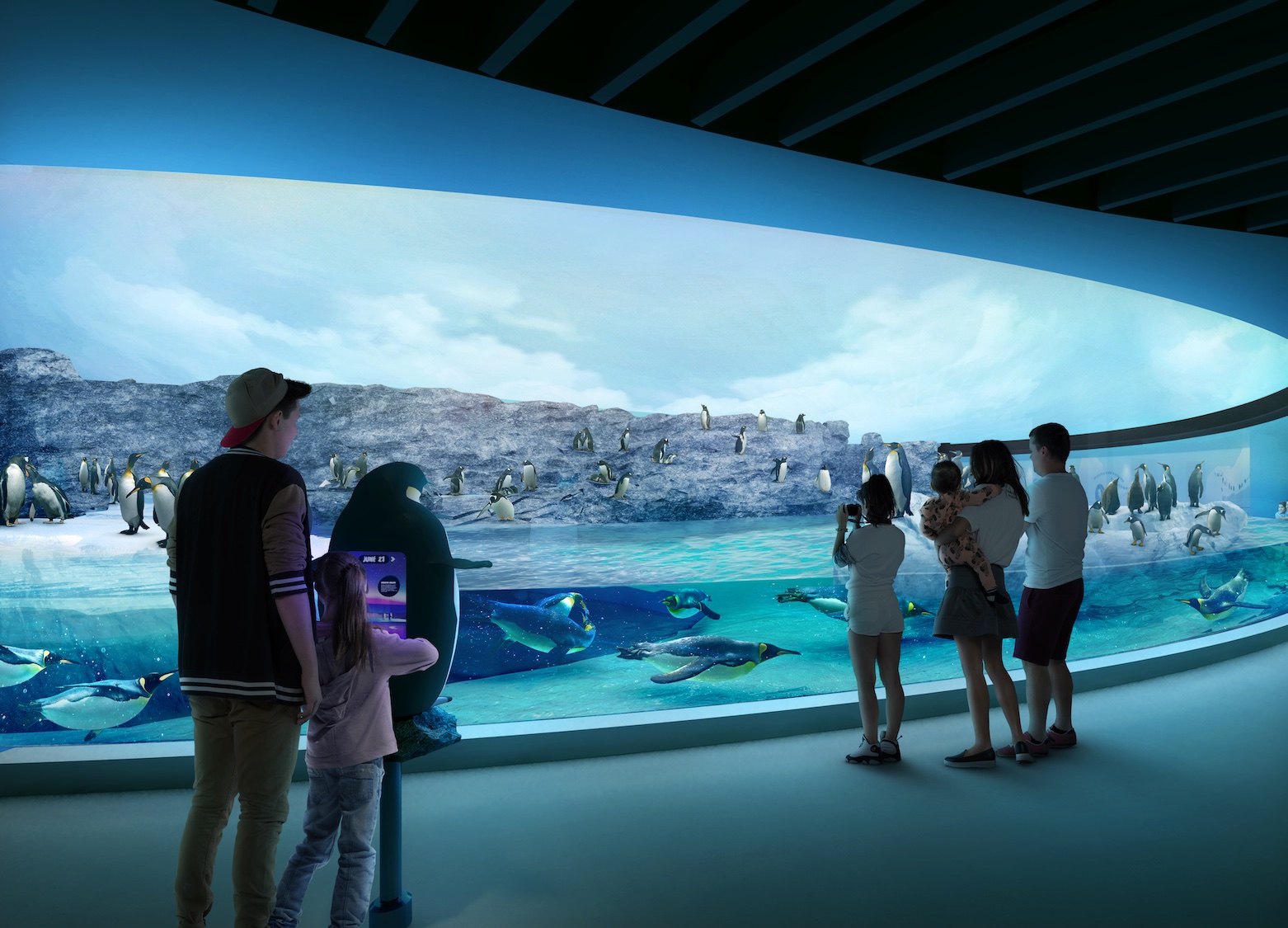 If the weather’s too humid for you, head into the Penguin Cove. It’s a cold salt-water habitat that will mimic the living environments of different species of penguins, such as the Gentoo Penguin, King Penguin, Humboldt Penguin, and Northern Rockhopper Penguin.

In the future, there’ll also be a dining experience – so you can have a meal while taking in the underwater environment of these adorable creatures.

7. Bird Paradise will be huge on avian conservation

Here’s an uber-cool fact, 24% of the residents at Bird Paradise are said to be threatened species – the highest percentage listed under human care in a single zoological park. After all, the topic of avian conservation is a huge part of Jurong Bird Park’s ethos.

Get the rare chance to marvel at these endangered birds with your own eyes at at the Winged Sanctuary, a zone specially dedicated to birds of high conservation value. This includes critically endangered species like the Philippine Eagle, Vietnam Pheasant, and Negros Bleeding-heart.

It’s sad to see Jurong Bird Park go, but we’re already excited to see its new reiteration at Bird Paradise. Soon, you can plan a whole day out and immerse yourself in the environments of your favourite animals – whether they are feathered or not. In the meantime, you can still get 20% off tickets to Jurong Bird Park before it closes in January next year.

Get tickets to Jurong Bird Park 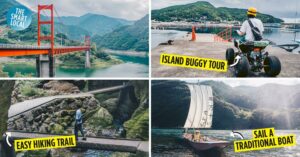 11 Things To Do In Kochi - Japan's Island Paradise That'll Let You Lowkey Escape The World Now
Ranoh Island Is A Lesser-Known Beach Retreat Near Batam With Glamping, Kayaking & A Water... 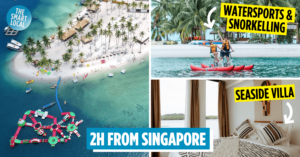