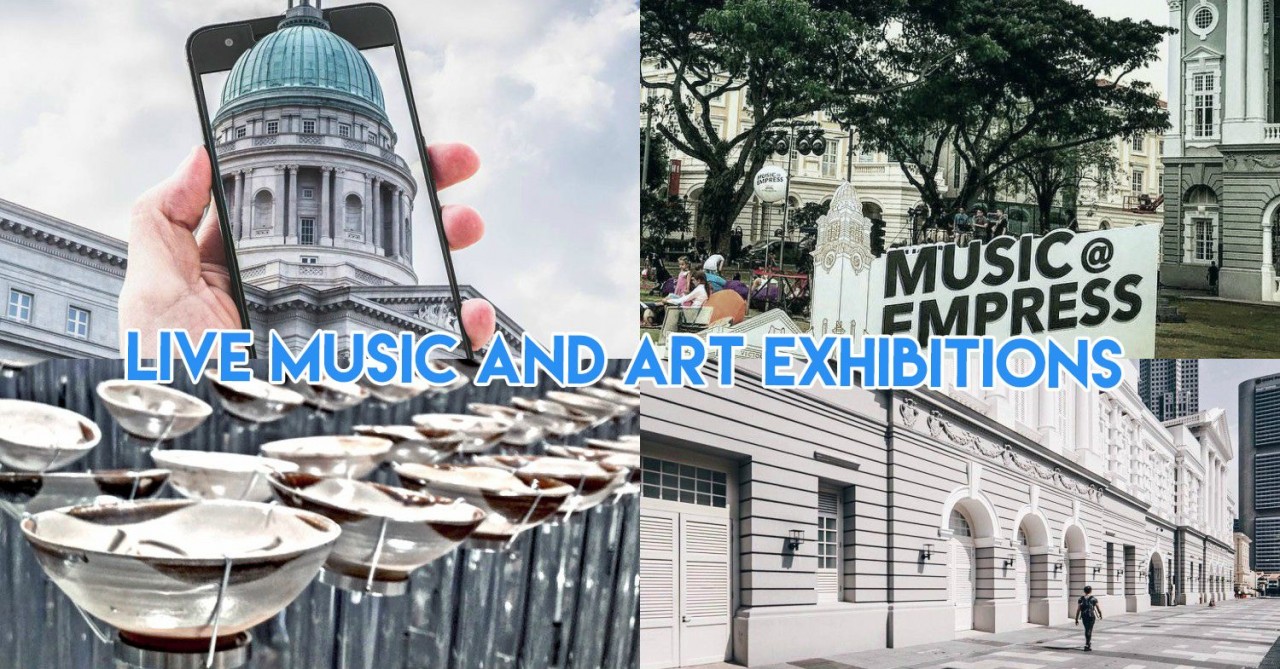 As we near the end of the first quarter of 2018(!), most of us are again looking for new and interesting things to do. The burst of renewed energy from the start of the year’s starting to fade off, and thankfully, a list of arts programmes specially curated by National Arts Council will be taking place at  the Civic District on the last weekend of each month.

Things to do on the weekends 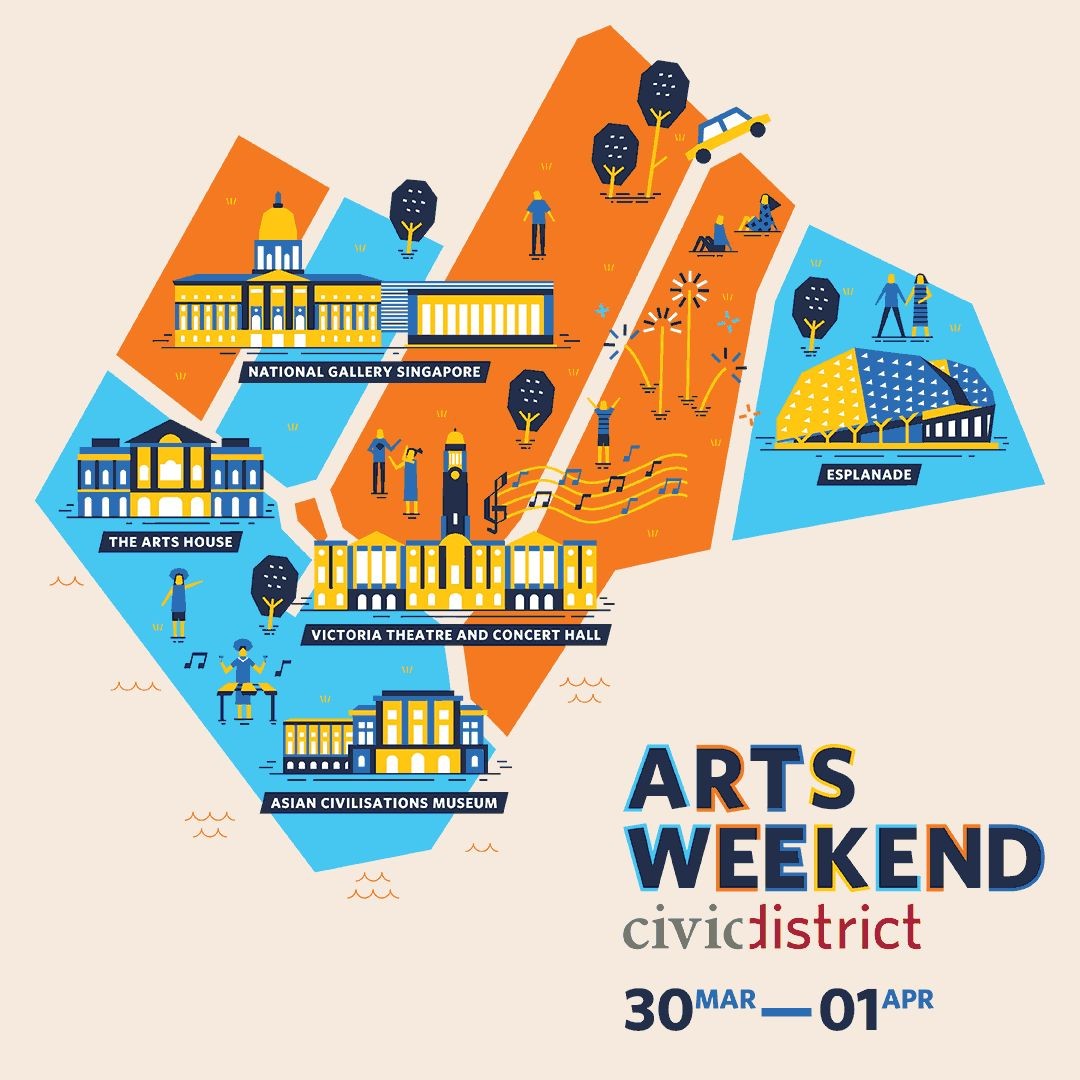 Even if you’ve never considered yourself to be an art connoisseur, there are still chill events happening from 30 March to 1 April to hang out at with your friends. Here are some of the best. 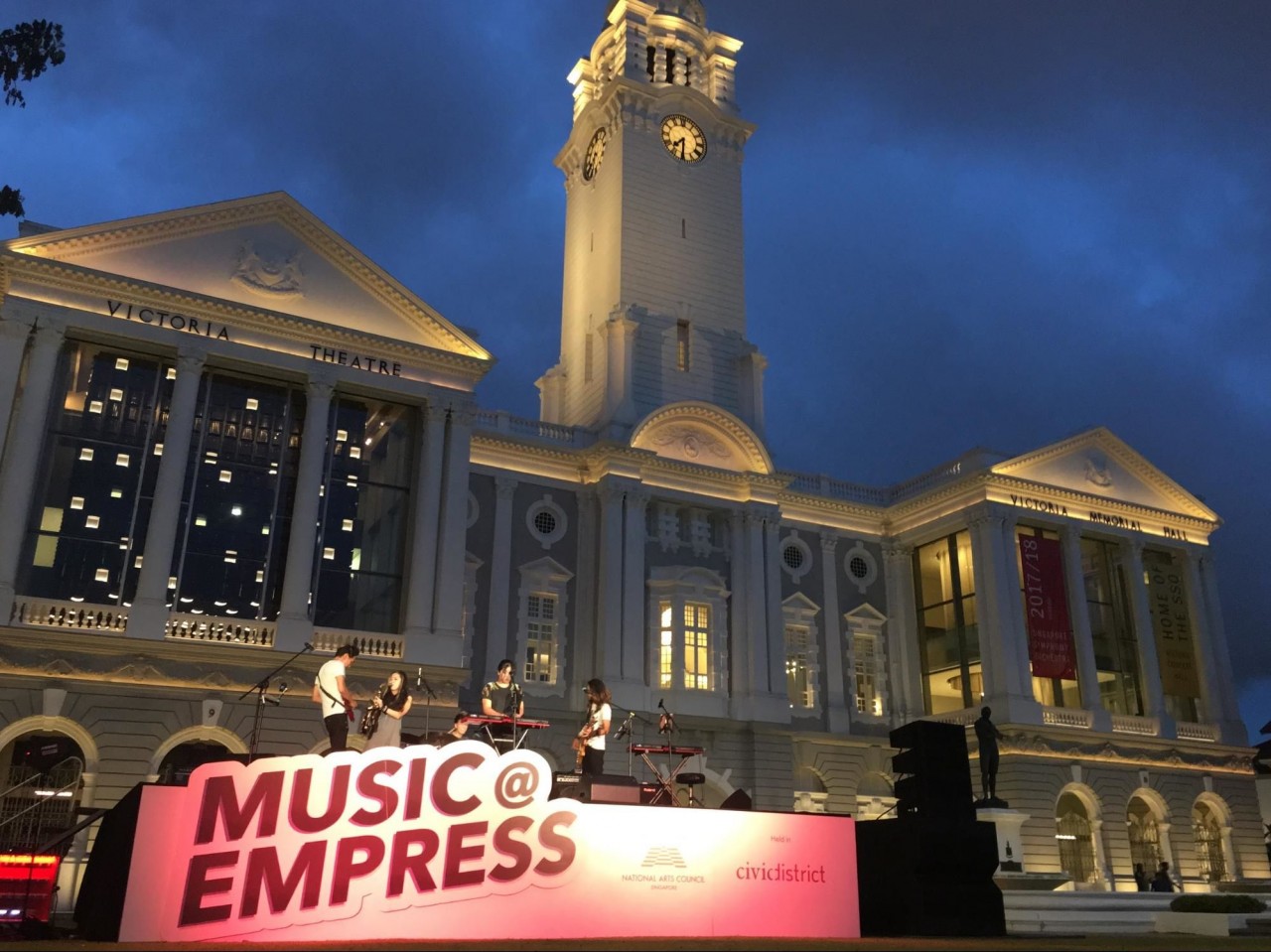 Civic District is hosting 2018’s second edition of Music@Empress on 31 March. This time, there’s a distinctly Vietnamese flavour to it! You can jam to the harmonies by Vietnamese trio 16 Second Band, and enjoy tunes from a rare Vietnamese instrument called the Đàn đá, as performed by Thao.

Having graduated from covering songs on YouTube to performing at the Singapore Embassy, 16S is a group to catch. They specialise in harmonising, so think Pitch Perfect, minus the random spurts of song and dance.

Here’s a Đàn đá being played in Vietnam

Using stones as an instrument may seem strange at first, but Thao will take you on a whimsical journey with the music from the 13 note instrument. Playing the Đàn đá is not easy, and is traditionally a skill set passed down from generation to generation.

Using a hammer to hit the plates, one might expect loud jarring sounds from the Đàn đá but the notes produced are unexpectedly light and melodious. 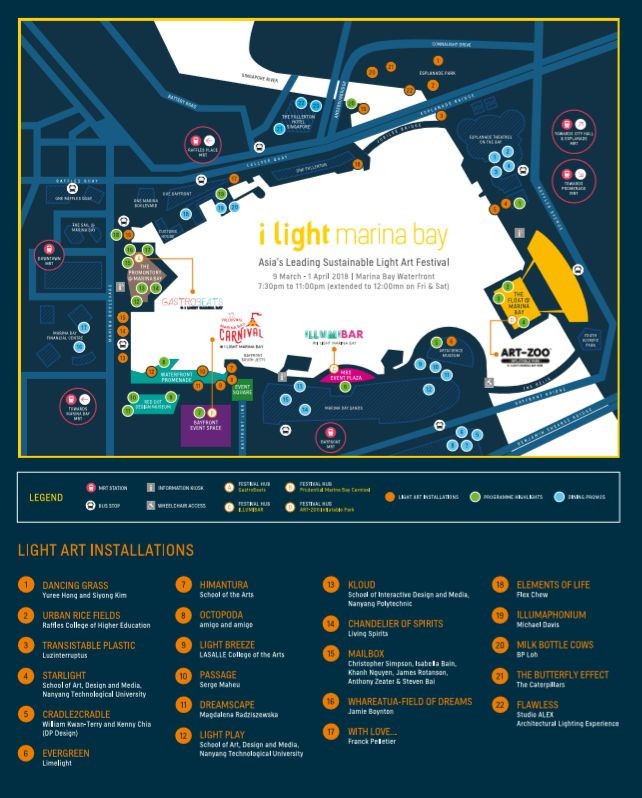 Unless you’ve been actively keeping yourself off Instagram, you’re probably already aware of i Light Marina Bay. Already one of the hottest events of 2018, it has 22 light installations, and is expanding into Esplanade Park in the Civic District for the first time where you can find 6 installations from now till 1 April, every day from 7:30 to 11PM.

Snazzy art installations, an arts bazaar, inflatable animals you can play with, and an instagram-friendly food area in Gastrobeats are not to be missed. So head down, bask in the atmosphere, and get a few shots for the ‘gram. 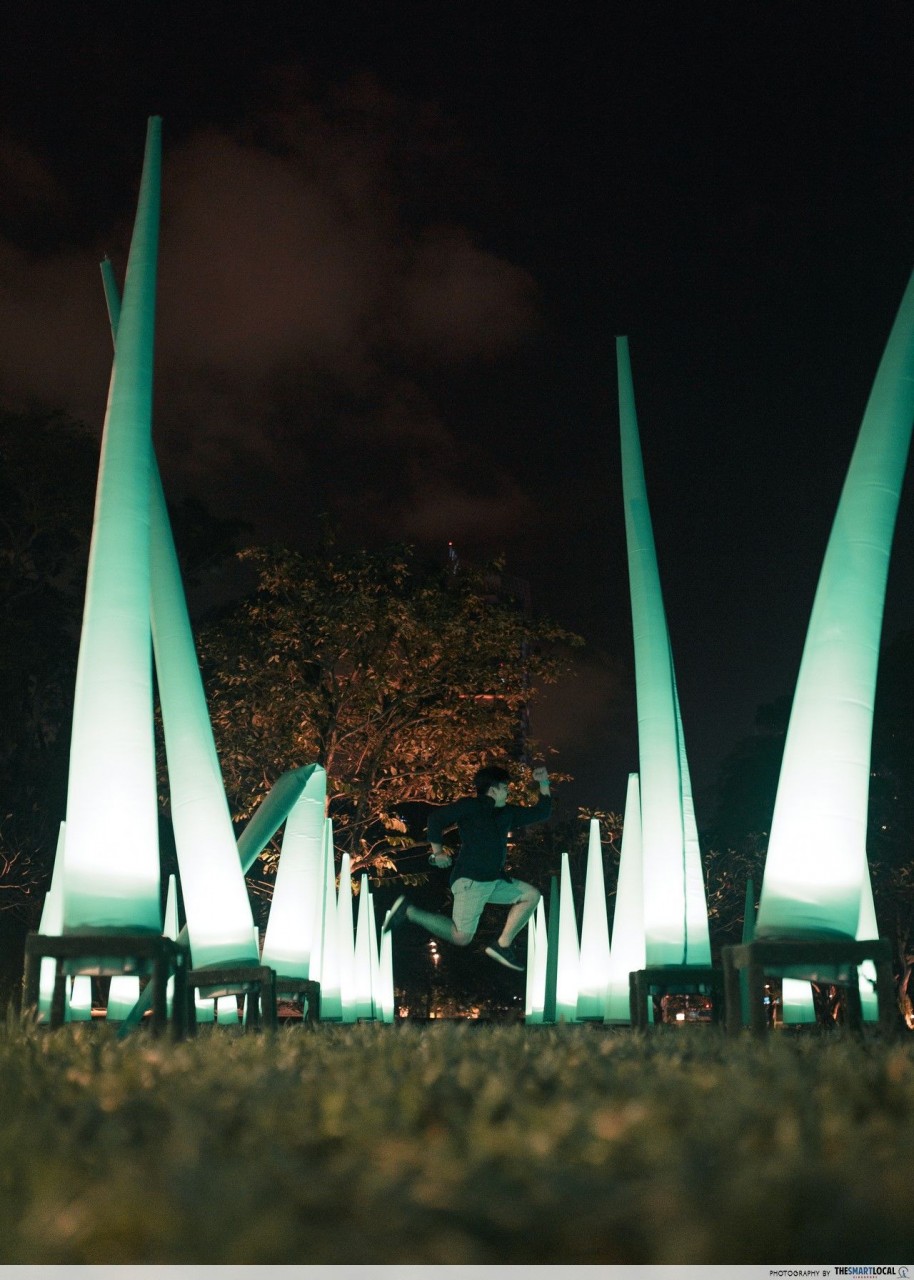 Dancing Grass, an i Light Marina Bay exhibit at the Esplanade Park.

*Some programmes may be ticketed, check their website for details.

The Esplanade regularly organises free performances every month, and this month, brass band Novo Winds will be gracing the Esplanade Outdoor Theatre with their classical instruments. If you thought brass bands performed obscure musical numbers that only other musicians know, this performance will be a little different. 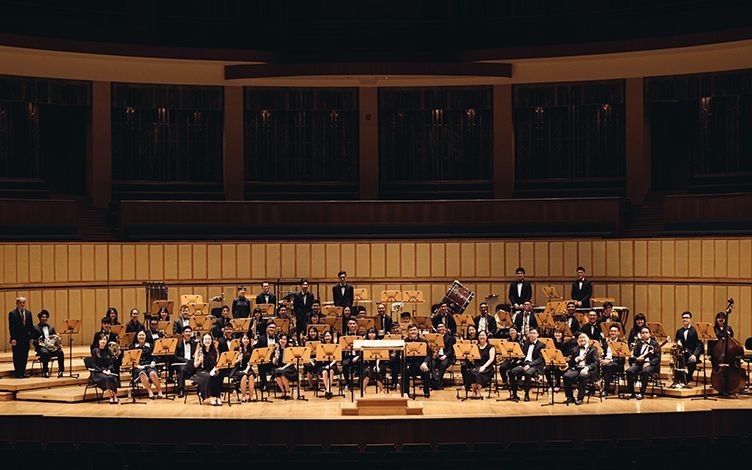 Remember the scene from Beauty and The Beast where Belle floated down the stairs as “Tale as old as time” played, or when Mama Mia came along and all we could sing was “Dancing Queen”? Yup, those are the types of songs you can expect to hear on 30 March.

In a bid to make classical band music more relatable to the masses, Novo Winds has been preparing – and will be playing – popular tunes from ABBA and Beauty and the Beast at the Esplanade Outdoor Theatre.

Pho. Coffee. Non la (conical hats). Though not representative of the entire country, those are the first images that come to mind for most Singaporeans when they think of Vietnam. To expand your knowledge and learn more about Vietnam, Pho-nomenal Vietnam will be happening at Asian Civilisations Museum on Saturday, 31 March from 1-5PM.

From a range of guided tours, performances and handicraft sessions, you’ll learn more about ancient Vietnamese artefacts and get to practise Vietnamese art which you’ll then be able to bring home.

Known for her symmetrical walls, high ceilings, and white marble steps, National Gallery Singapore is a hotspot for #ootd shots. But take a minute to step into the exhibits and you’ll find works of art in its permanent galleries depicting the development of Singapore and Southeast Asia from the 19th century through art. Prominent Singaporean personalities including Kumar and JJ Lin, sharing how these individual pieces have shaped their views and perspectives.

And while Kumar and JJ Lin, and Anthony Chen have years of experience reflecting on the works of others and perfecting their individual methods of self-expression, there are precious few avenues for our young children to begin.

One such avenue is Tabletop City, happening at National Gallery on Fridays till Sundays from 10AM-6PM that encourages you to create and share your vision of a city with everyone. 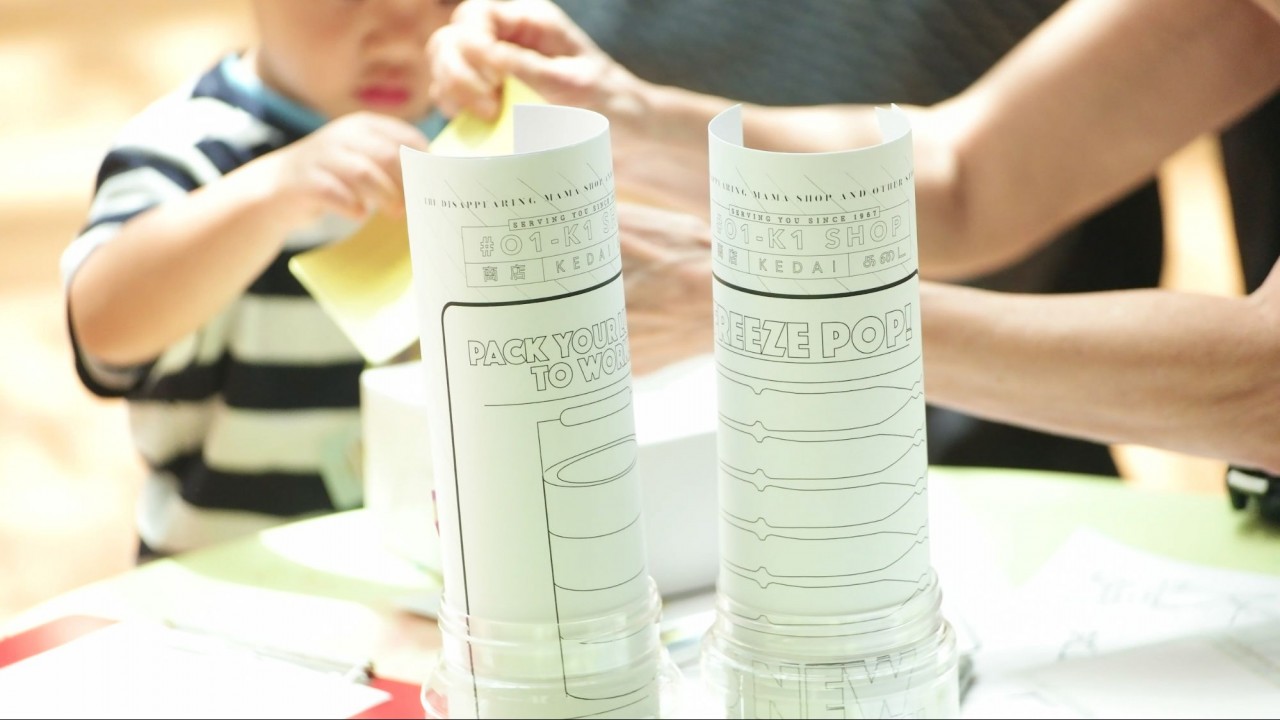 Tabletop City is a playspace where recycled materials are provided for you and your children to create a dream version of a futuristic Singapore. You can even come back weekly to watch your city grow with creative input from other families.

Despite most people thinking of Singapore as a rural fishing village before our separation from Malaya, there are physical remnants in Singapore from as early as the 1800s that say otherwise. One such example is the majestic Arts House, originally built in 1827 as a residence.

The only ticketed event in this list, together with Russian-British violinist Alina Ibragimova, Singapore Symphony Orchestra will be performing internationally recognised Russian classical pieces. Whether you’re a fan of Tchaikovsky or if you just want to dabble in the fine arts, a performance like this is sure to impress.

Russian at Heart will be performed at the Victoria Concert Hall from 1-18 April, and tickets can be purchased here.

Gain a different perspective and support the local arts scene and who knows, maybe it will spark a newfound interest in the Arts within you. See you at the Civic District!

This post was brought to you by National Arts Council

8 Healthy Food Delivery Services In Singapore From $6.99 For Those With No Time For Meal Prep
3 Classified Things Learnt After Going Undercover At Singapore's Hotels