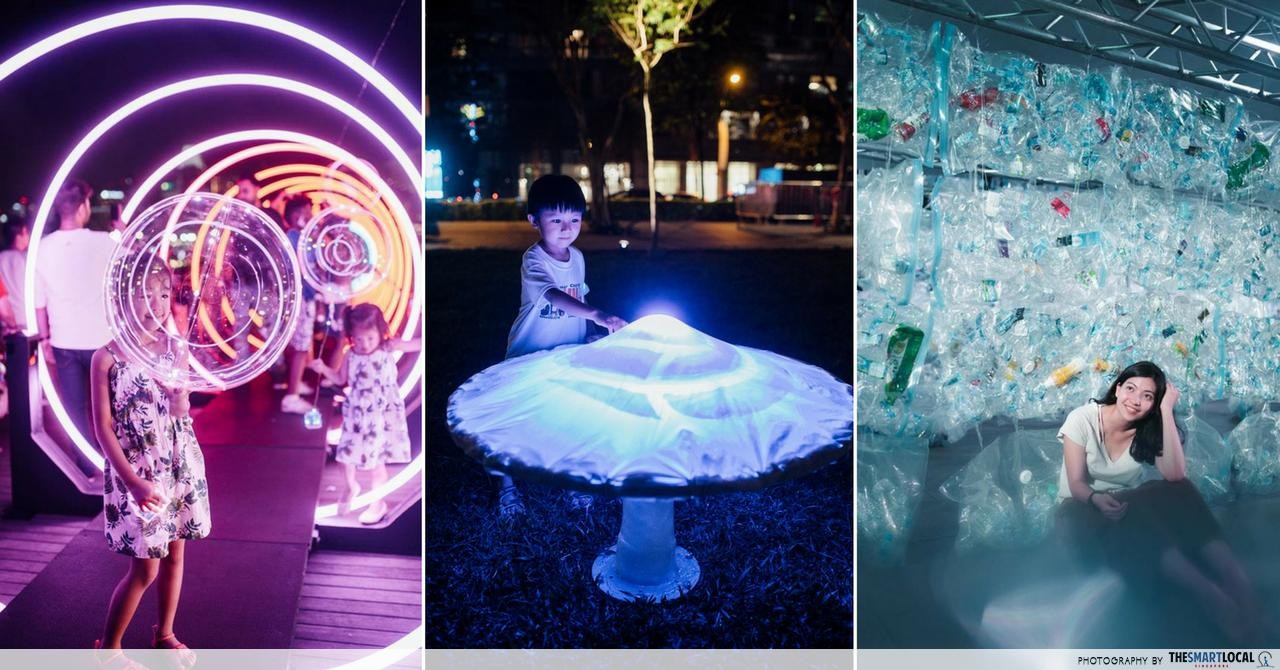 Their 22 light installations are all in the name for sustainability – these installations not only make stunning IG shots, but are also fully charged by energy-saving lights and recycled materials. Here are the installations and activities that are worth keeping an eye out for: 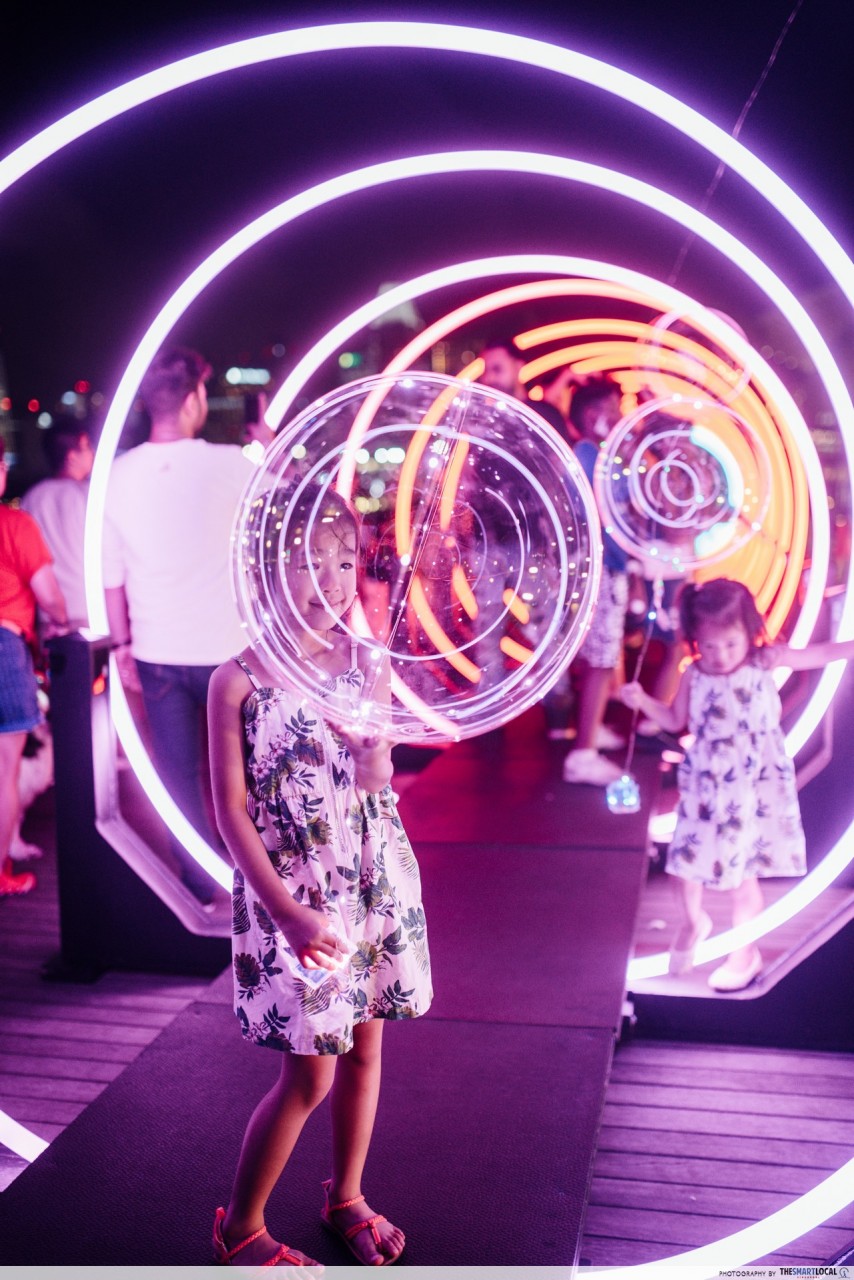 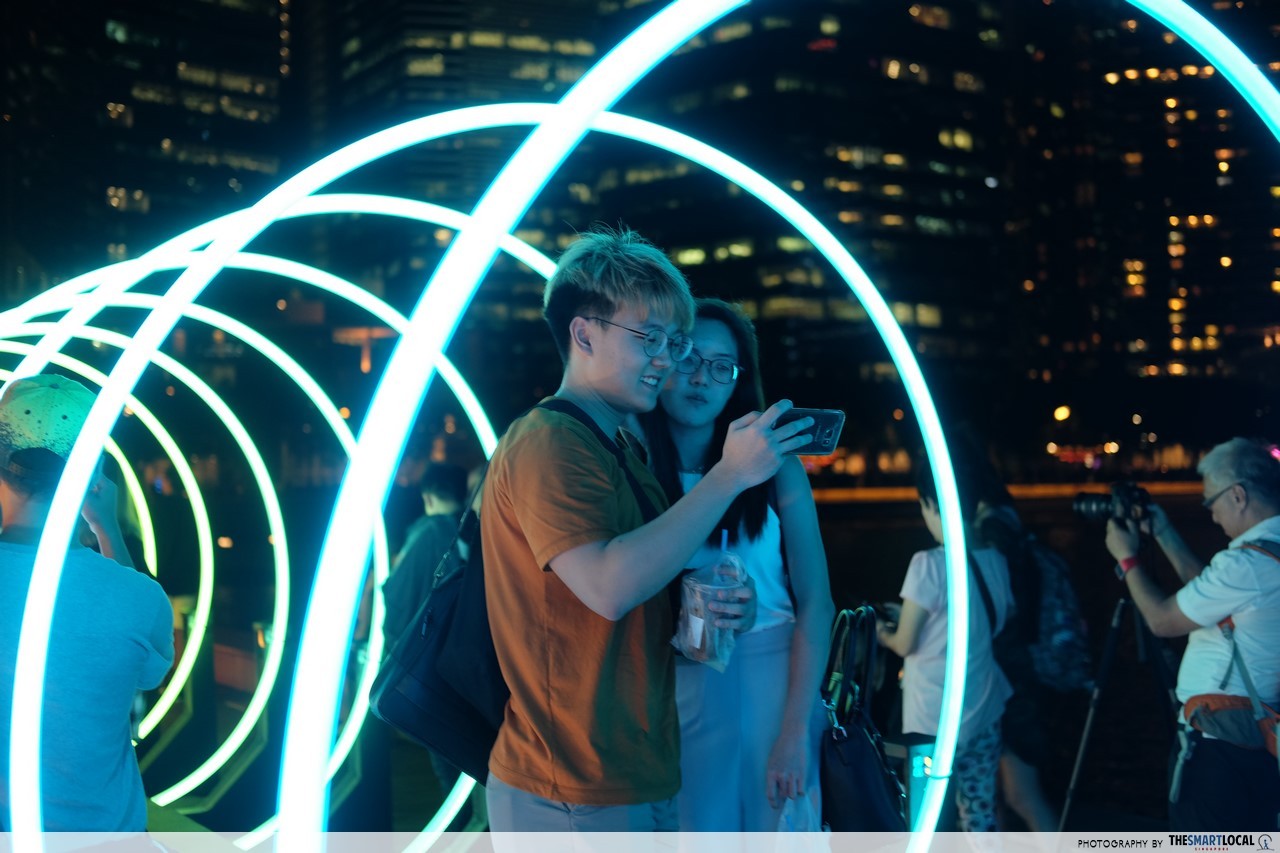 There’s something about passages – it could be the symbolic stroll through, or the vivid colours we’re passing under. Whatever it is, Passage by Serge Maheu is a neon lit-up passageway that changes colours swiftly from violet purple to neon green. 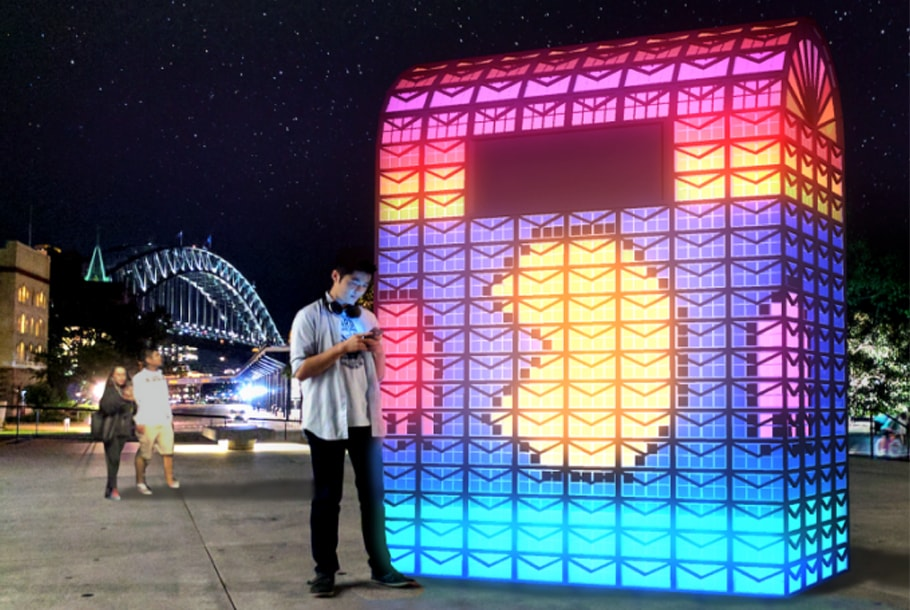 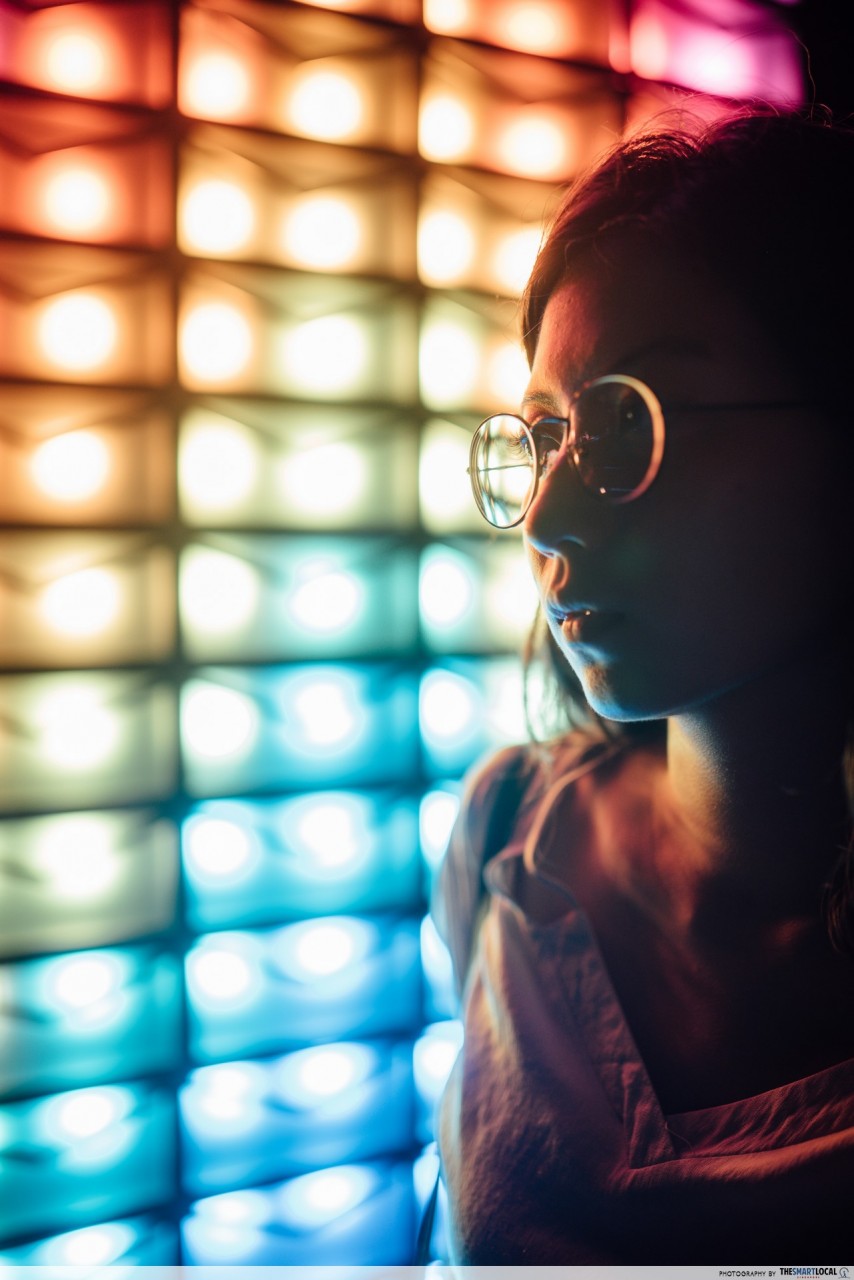 Nope, never seen a mailbox like this before: SingPost ain’t got nothing on this particular MailboX. By an art collective from Australia, MailboX gets you feeling all nostalgic about the forgotten past of written letters and print magazines. Try sending a tweet with the hashtag #ilightmarinabay – your message will light up for everyone to see.

Where else would you put a giant red inflatable heart, but in the heart of the city. With Love… is just in front of The Fullerton Hotel, and is beating in sync with the entire Singapore – artist Franck Pelletier’s already considered everything including light, temperature, and even the air pressure. 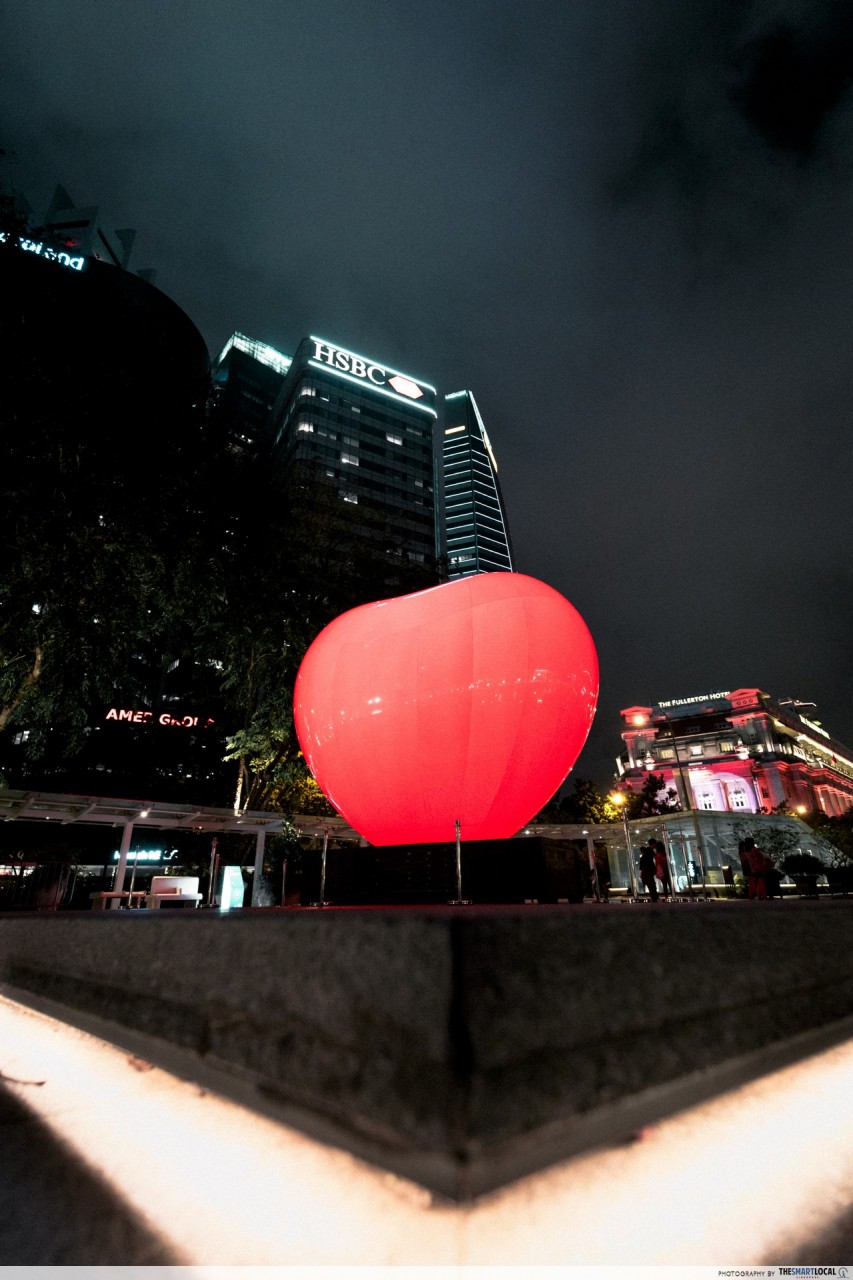 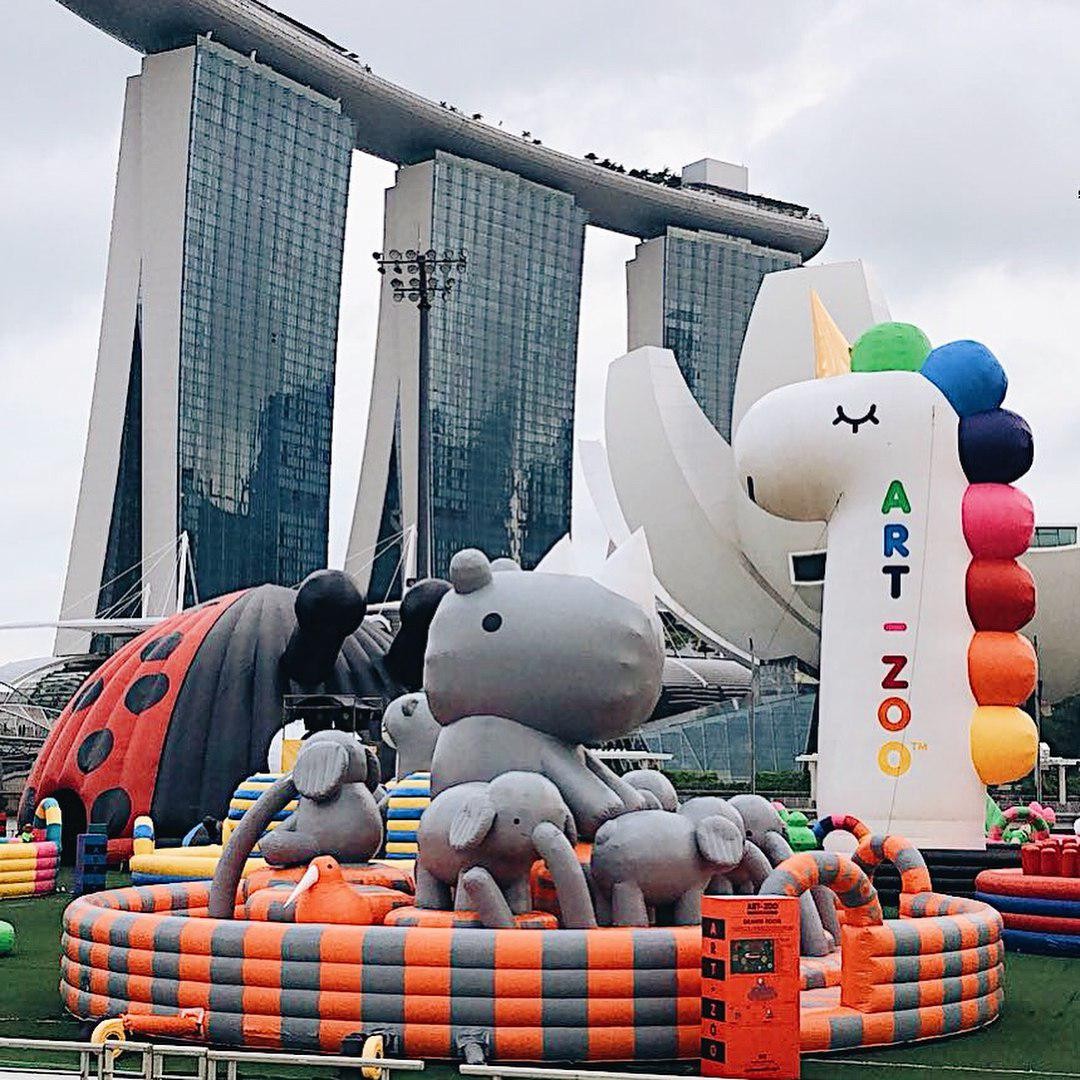 Art-Zoo Inflatable Park is a zoo that’s not like any other regular zoo – there’ll be huge inflatable animals looming high above your head. The giant gorilla here is at least six-storeys high, and is looking particularly fierce. Other zoo exhibits that are must-visits include Magical Rainbow – a unicorn-themed, rainbow slide and Yeti’s Peak – a pink-and-blue striped forest with an adorable yeti in the middle. 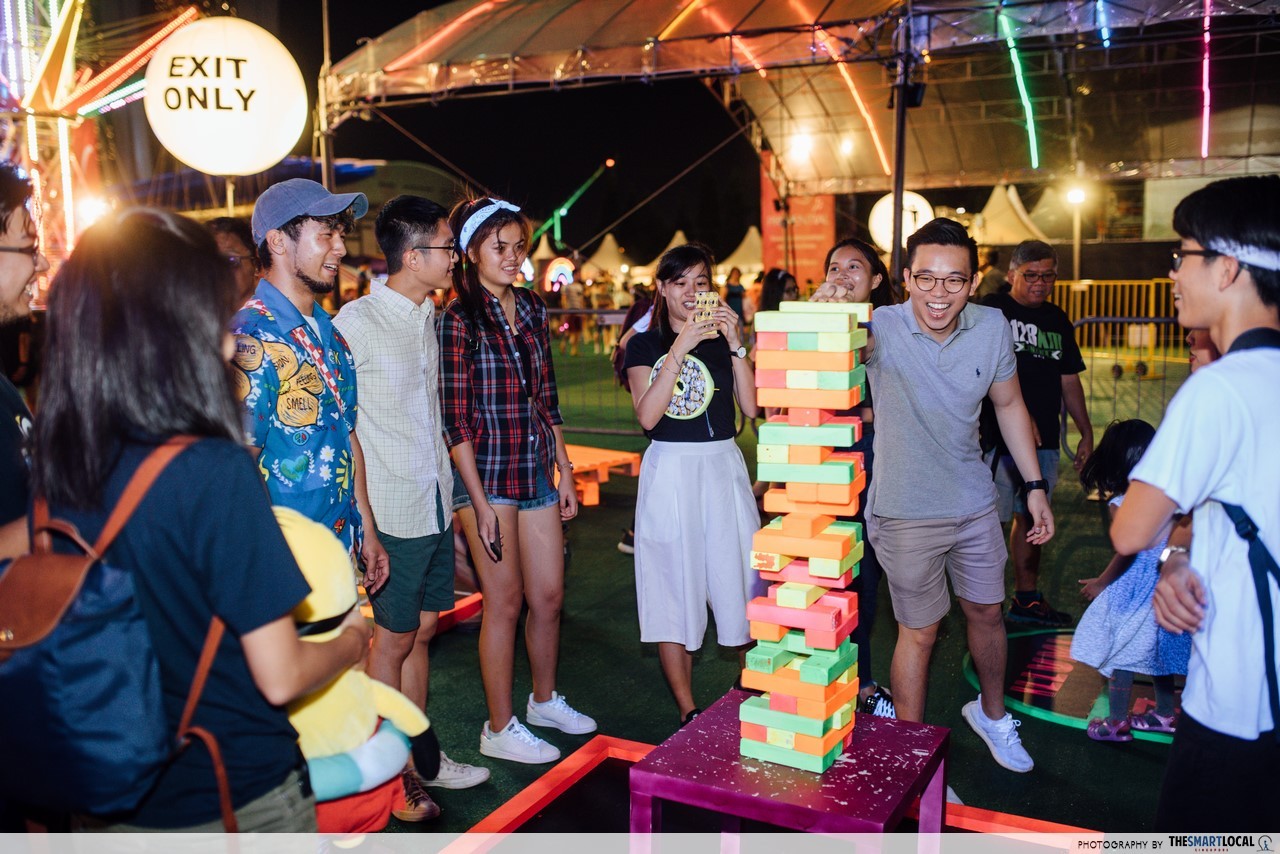 Neon lights and glow-in-the-dark fun at GastroBeats. With supersized games like Tic-Tac-Toe and Jenga, it’s a neon playground that’ll look equally as good IRL as it does on your phone screen. In line with the sustainable lights, they’ll also be hosting Sustainability Sundays – learn how to make lamps from plastic bottles and coin pouches from milk cartons. 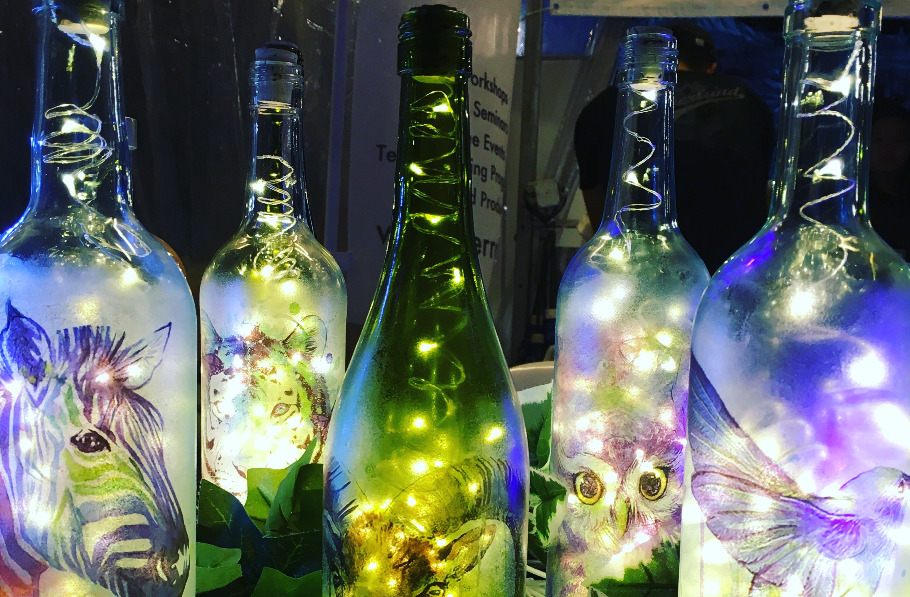 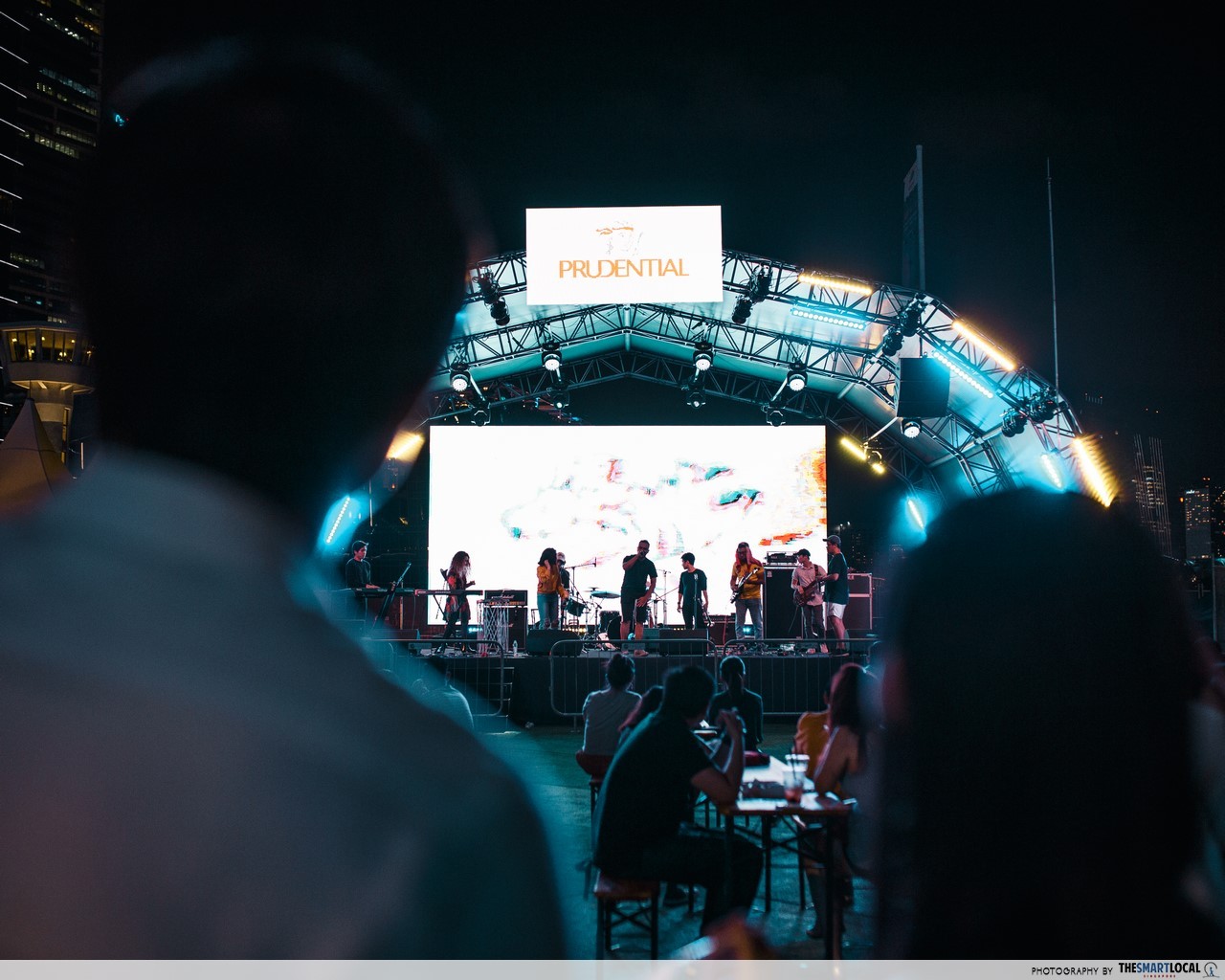 There will also be live performances at GastroBeat. 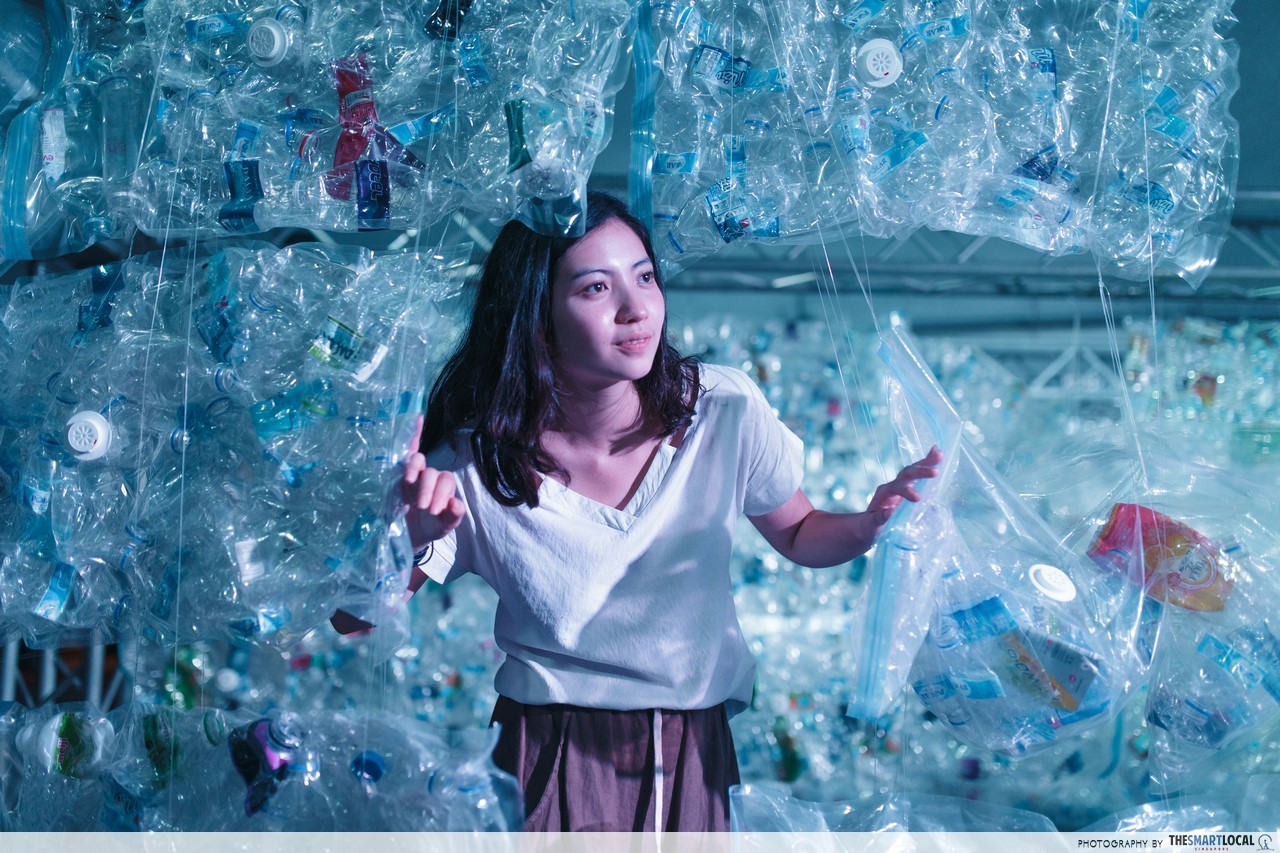 Running from 9 March to 1 April, there’s plenty to see at i Light Marina Bay 2018: you won’t have to be a neon light fanatic to gush over the light installations. The best part of these installations? They’re not merely pretty lights. Designed with recycled goods and energy-saving lighting, i Light Marina Bay shows that sustainability looks pretty damn good.