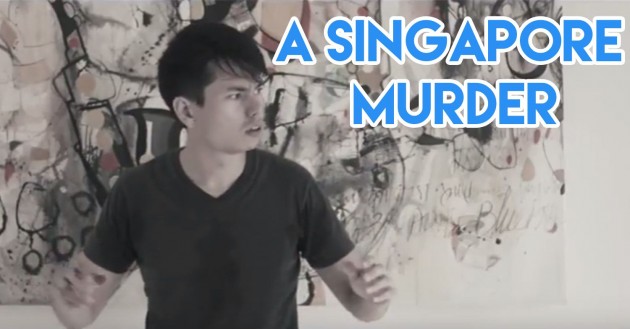 We may be a little red dot, but local filmmakers here have got loads of creativity. They’ve won awards internationally, and are increasingly getting recognised for their work. Short films, in particular, are getting more popular – they’re easily conceptualised and executed, without requiring massive budgets on a Jack Neo level.

The 48 Hour Film Project is an international short film competition that pushes local filmmakers around the world to their limits, giving them only 48 hours to conceptualise, film, and edit an original video. The Singapore edition will be happening on 21-23 April, and each group’s registration fee is capped at S$100 – the lowest in the world.

If you thought you’ve watched the most spectacular Singaporean short films already, then take it to the next level – watch some local 48HFP Singapore’s recent feature films that will make your jaw drop and leave you going “OMG was this really produced in Singapore?”:

Joey’s turtle being held hostage by her merciless brother.

In Saving Alex, a toy turtle takes the place of Saving Private Ryan’s titular captured soldier. Embark on a tumultuous quest with Joey to save her toy turtle from her brother, Jackie’s, iron fist.

Simple as a child’s play, this film invokes nostalgia from the days of our childhood: using the power of imagination to explore worlds that never were. This light hearted gig can rival any psychedelic films – the message behind Saving Alex is thought-provoking and so deep, Adele be rollin’ in it.

Runner Up 2016: Backed Up By The Sessionists

The protagonist of Backed Up in solitary confinement.

Merging the human brain with the computer is now a near reality with Elon Musk’s newly launched company, Neuralink. But you can say that Backed Up was way ahead of all of us by conceptualising this reality during last year’s 48 HFP. The film explores the fiasco surrounding fictional company ANTCO’s downloading of our consciousness – making us virtually immortal – but will this really be the future that we yearn for? 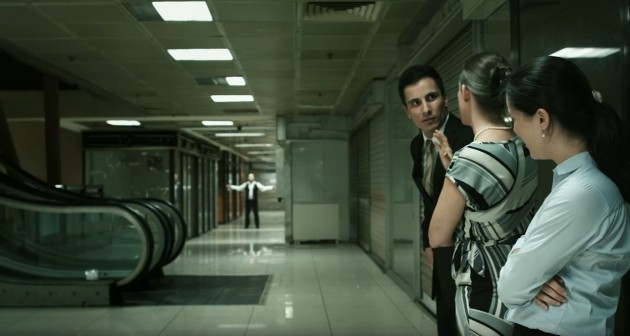 The Chinese have many superstitions: steering clear from the unlucky number 4 or even refusing to shower to avoid “washing away” good luck during CNY.

And in The Anniversary, it’s no surprise that when a Chinese business woman wants to buy property from a Caucasian lady, she sends a spirit detector to sleuth around the place with her. Little did she know that the day was the death anniversary of the Caucasian lady’s daughter. Spoiler alert: her spirit came back to haunt the property!

Expect some hair raising and heart pounding moments that will leave you at the edge of your seat with an unexpected cliffhanger. The ingenious camerawork captures the underlying eeriness which adds character to the film, paving the way to the Best Cinematography award at Filmapalooza 2016. 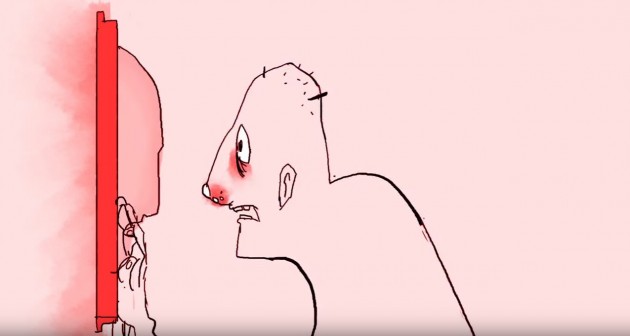 Welcome aboard the rollercoaster to hell.

Did you know that a Pixar animated movie takes 4 to 7 years to produce? So for a ~4 minute animated film, it’s impressive that SMEAR took only 48 hours to complete.

Scratchy cartoon drawings and exaggerated animated noises sound like a recipe for just another juvenile cartoon. But the story plot for SMEAR is a little more cynical and dark. Children, view at your own discretion.

No dialogue is needed to tell the story – ominous foreshadowing from the start of the film grasps your attention and never lets go. A foreboding trail of red blood spills out from a soft drink cup as a crow investigates, and the thundering music transforms into a sea of dead silence, with only white noise from a spinning fan. This stark silence kept my mind racing and adrenaline pumping.

Protagonist in an emotional whirlwind after murdering his girlfriend with his bare hands.

Love is a powerful potion. And when romance is dead, the outcome can be lethal. But how can one show no mercy to someone they loved so dearly? Ad Infinitum unravels the whirlwind of emotions behind a man who murdered his girlfriend.

What I loved most about this film was the added dimension from the sound bites – ringing of the phone, squeaking and chopping of the knife against the cabbage. Perfect ingredients for suspense in this sinister film.

Serenity after a storm

Because “we accept the love we think we deserve”, we break up with jerks who break our hearts and find respite in bawling our eyes out. With nowhere to hide, sometimes all we need is kindness – Passenger tells the story of an introverted taxi driver, Ma Long, who opens his taxi doors to a complete stranger, Marilyn to nurse her broken heart.

Passenger is a silent film, but its emotional intensity will leave you beyond words. When the self-written song about a girl named “Marilyn” plays, Ma Long’s initial shifty eyes and and biting of his tongue is stridently set against a serene backdrop. The words left unsaid were so much more powerful for exactly that— their silence.

You could be the next Royston Tan at 48HFP Singapore 2017, the world’s oldest and largest timed filmmaking competition!

Spanning over 130 cities worldwide with over 30,000 films made, 48 HFP 2017 will be a sleepless weekend while doing what you love: write, shoot and edit a film all within 48 hours based on the genre and props provided. Turn in your film and witness your blockbuster on the big screen under the watchful eyes of RENOWNED filmmakers, friends and families! 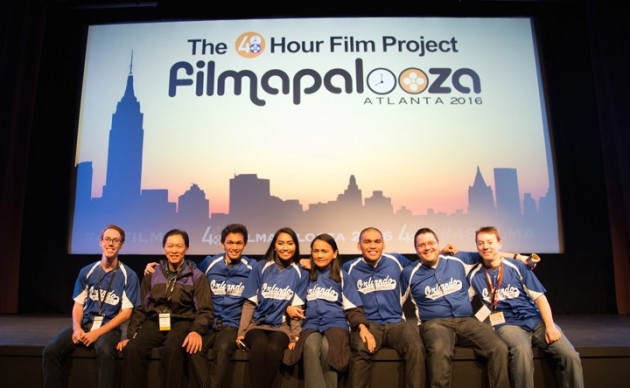 Let your film do the talking and wow the judges for a chance at winning Best Film 2017 and to showcase your film at Filmapalooza 2018. Compete against entries from all over the world for the title of The Best 48 Hour Film of the Year, and the opportunity to get your masterpiece on one of the most prestigious worldwide film festivals: Cannes Film Festival 2018!

Plus, with the launch of the 48HFP Singapore Club, there’s now a community of filmmakers and industry experts you can meet, exchange ideas and collaborate with. Follow their Facebook page and you’ll have access to film gear tryouts, industry and peer sharing sessions, and even potential job opportunities.

All you have to do to win is:

This post was brought to you by 48 Hour Film Project Singapore. 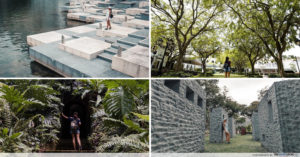