Film in Singapore isn’t dead! We’ve already shown you some up-and-coming local filmmakers to keep your eye on and now we bring you 10 completely mind-blowingly amazing films you need to watch. Today, if possible.

The great thing about short films is how well they fit into our busy lives and short attention spans. I’m guilty of falling asleep during everything from The Avengers to Taxi! Taxi!, so shorts are definitely my preferred type of films.

I’ve trawled the depths of the internet to curate the best films – they’re all under 20 minutes and free to watch online! For a list of short films so incredible that you won’t believe they’re by Singaporeans, look no further.

The film begins as a mystery and devolves into a slash-fest of epic proportions.

Watch ONE 己 (Full Version) from Ray Pang on Vimeo.

Director Ray Pang is known for films tinged with patriotic sentiments and this foray into the underworld is unexpected, but remarkably convincing. Through the haze of smoke and veiled threats, the most striking scene is of the gang boss and his three branch leaders facing each other across a table. At first glance, it seems as though the branch leaders are united in plotting to overthrow their boss. In the end, it’s each man for himself.

I’m the biggest wimp ever so I was terrified throughout the film, but there’s no denying that it’s an impressive film with a chilling message: watch your back. 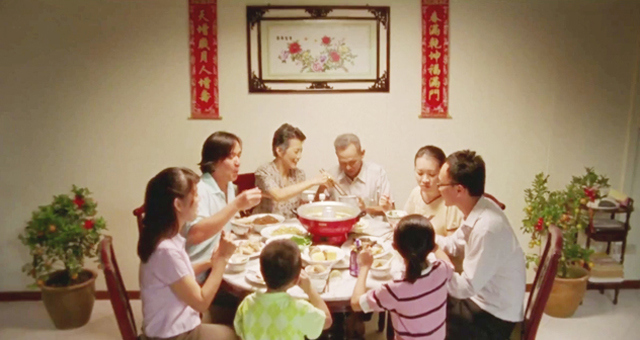 Anthony Chen, of Ilo Ilo fame, never fails to produce films that warm even the coldest of hearts. The Reunion Dinner is no exception. The story centres around the relationship between a boy and his father, shown through snapshots of the eves of their Chinese New Year celebrations in the 1960s, 80s and today.

Every twenty years, things change – we watch as Boon grows from a young boy to eventually having children of his own, as his father ages through the years, as new year traditions evolve from then to now. The film is rife with symbolism: Boon’s father’s old money box, haircuts and red packets often say more than words can.

I love it – so many filmmakers try to create a sense of nostalgia (often unsuccessfully), but The Reunion Dinner’s message of familial love makes the film so much more real. Watch it, then give your dad a hug. 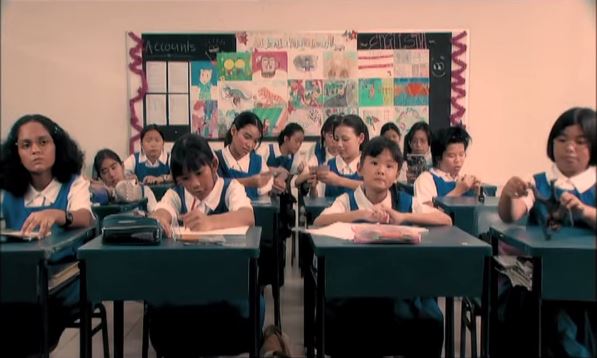 Old but gold, Wee Li Lin captures the essence of primary school life in her lighthearted, but extremely relatable take on childhood friendships.

It’s the last few days of school and Tessa and Su Min are best friends no longer. The reason: a tiff over an autograph book and other petty schoolgirl reasons we can all understand. The narrative is interspersed with scenes of fellow schoolmates writing in Tessa and Su Min’s autograph books, providing for moments of humour and introducing characters all too familiar to us.

Autograph Book has the rare ability to feel fresh, but at the same time, it’s easy for you to connect with the characters. And at the very least, it’ll bring a smile to your face. 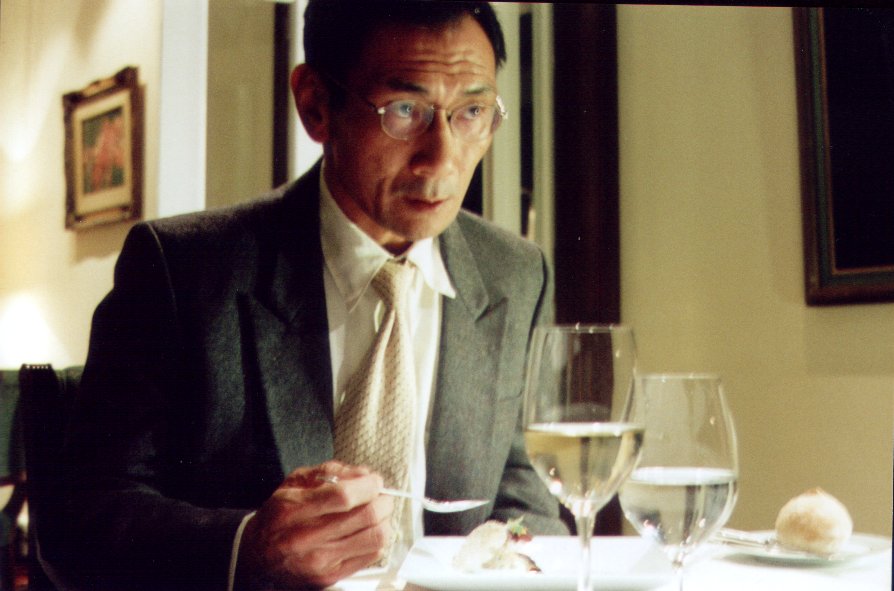 The premise is simple: a lonely middle-aged man befriends his niece, trains her to be his dinner partner and brings her to all sorts of gourmet restaurants. As she grows up, she loses interest in the food and his company. In his eyes, she’s going over to the dark side, corrupted by the mediocrity and mindlessness of adulthood.

Sandi Tan’s film seems simplistic and ordinary on the surface, but there’s something unsettling about it. The protagonist’s care for his niece is almost an obsession, and I’m not sure whether I should pity him or find him creepy. 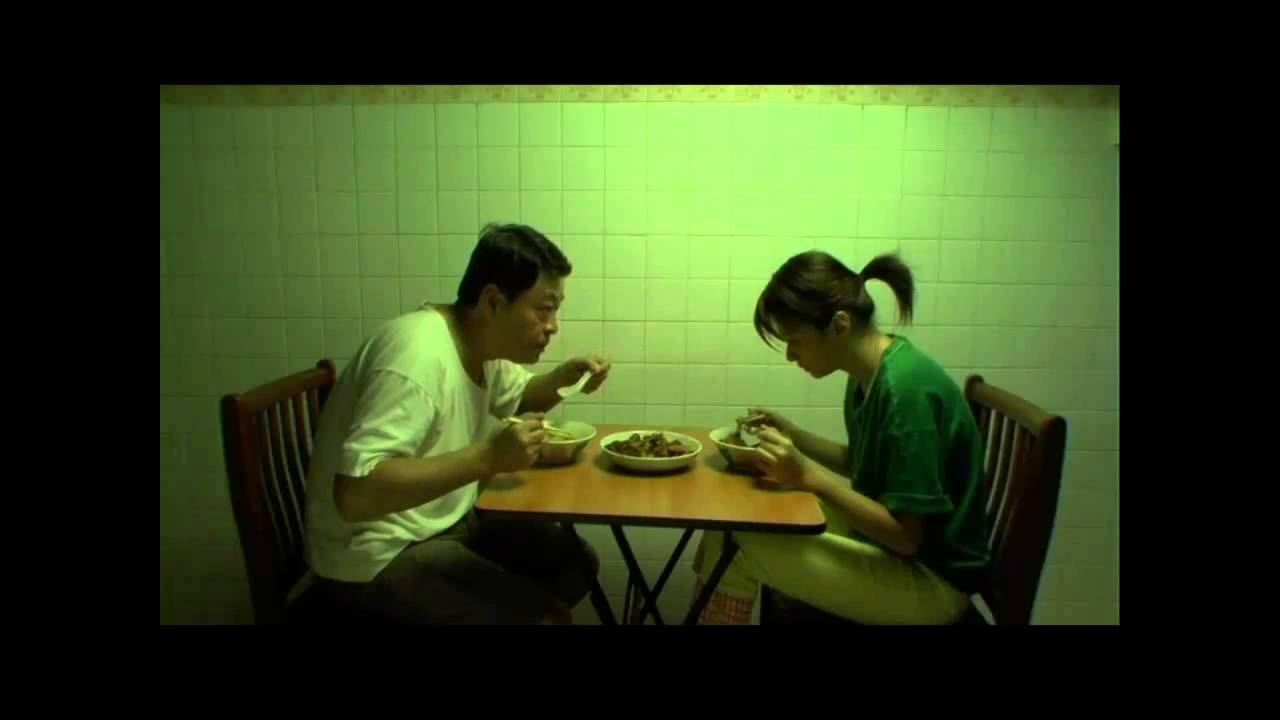 It surprised me that this is Ric Aw’s debut film – for something produced nine years ago, the production quality of the film is incredible and the themes it deals with are still relevant today.

A lonely kway chap hawker tries to buy love through a mail order bride. Awkwardness ensues as the pair try to make sense of their new reality and there are disappointments on both sides. Life suddenly became a whole lot more complicated.

The story is beautifully woven – hardly any words are spoken between the hawker and his bride, but no words are needed to create some heartbreaking moments. 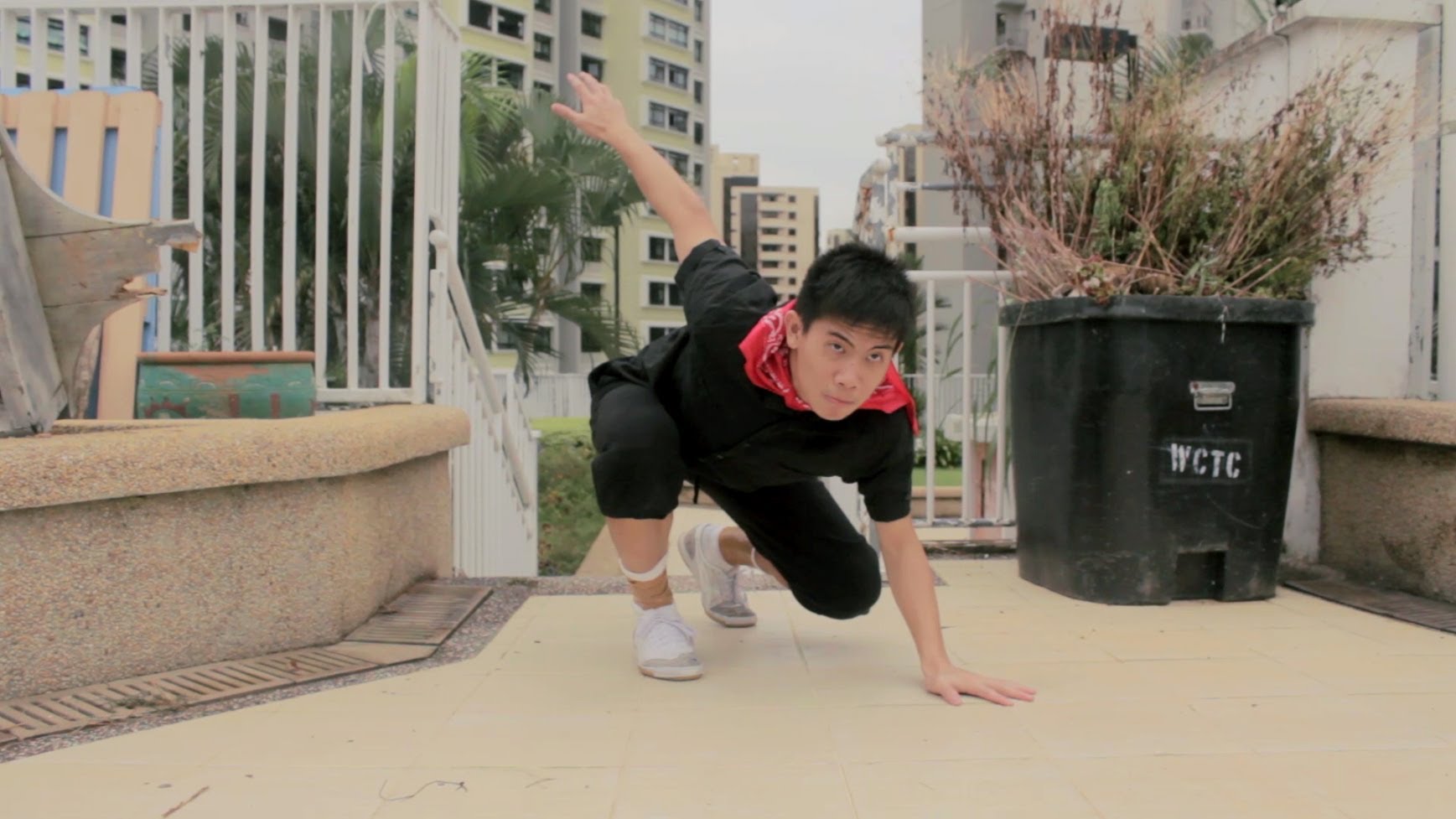 This short film is probably the first Singaporean superhero action flick to grace your computer screen. It’s unabashedly cheesy, with fight sequences and liberal (ironic) use of action movie tropes.

It’s less LOL-worthy than it is face-palmingly lame, but it did make me snicker a bit. “I prowl the streets by night… although it’s in the evening now” – this should give you an idea of the filmmakers’ sense of humour.

Best of all, it’s made by students for the ciNE65 short film competition, which shows just how much talent the youth of today have. The film is a little rough around the edges, but I find it refreshing and surprisingly endearing. A+ for effort and for not taking itself too seriously. 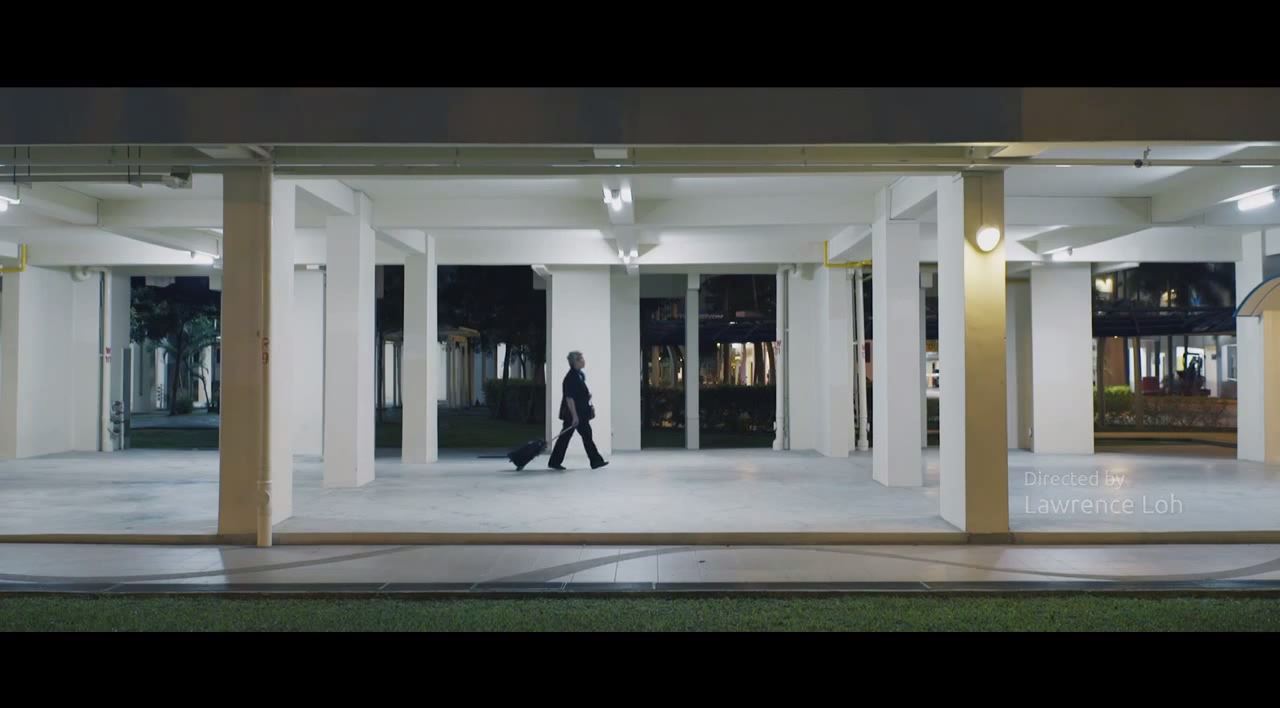 If you’ve read our coverage of ciNE65 Season 3 nominees, you’ll know that Unwavering is one of my favourite films of the season. It’s a sensitive portrayal of old age and a gentle reminder to give the often overlooked people in Singapore the credit and recognition they deserve.

Unwavering seems like a snapshot of everyday life, but the powerful message behind it belies its simplicity. It was awarded Overall Best Film for good reason – the ending is startling, but poignant and it’s definitely worth a watch! 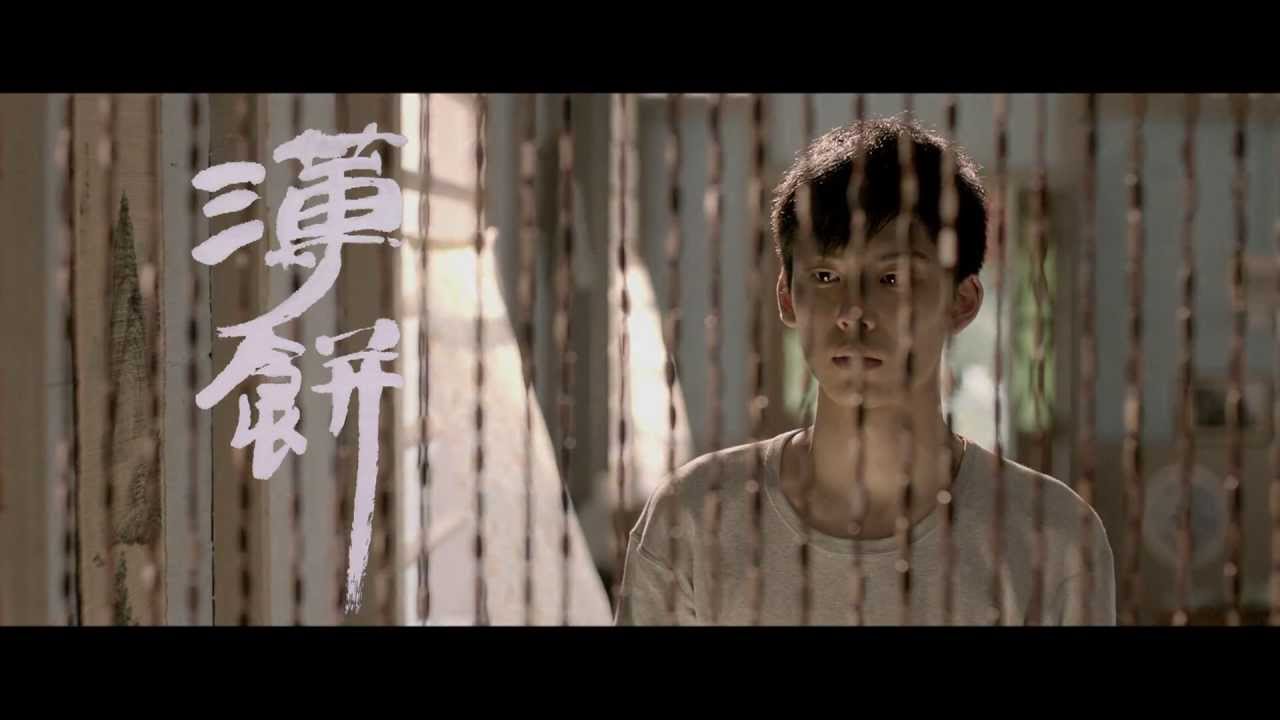 Royston Tan is the master of evoking nostalgia. Popiah is delightfully old-timey, with undercurrents of tension that keeps your attention riveted to the screen.

Ah Jie doesn’t understand his father. Why must he inconvenience the entire family to make popiah from scratch? Why must he continue staying in a kampong when living in a modern HDB is so much easier? Why doesn’t anyone stand up to his father’s authoritative rule?

The film skillfully navigates the turbulence of family relationships and portrays the frustrations of family life brilliantly. Popiah may have the best cinematography on the list – it’s a feast for the eyes, especially if you’re an old soul. 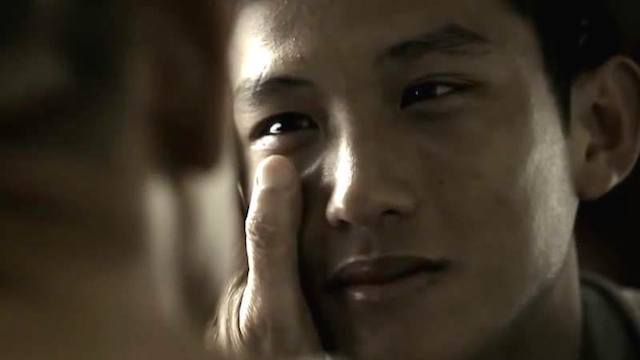 The prolific Royston Tan never fails to create films that are bursting with local flavour, films that resonate with just about everyone. Ah Kong is a film about dementia. A boy tries to help his grandfather remember, but his grandfather doesn’t need to remember the past. He lives in it – a world where he sold chickens, danced a-go-go and caught many a lady’s eye.

The film’s treatment of dementia is sensitive and manages to convey a strong sense of kinship between the boy and his grandfather. Pictures truly speak a thousand words – I’ve never felt it so keenly before. 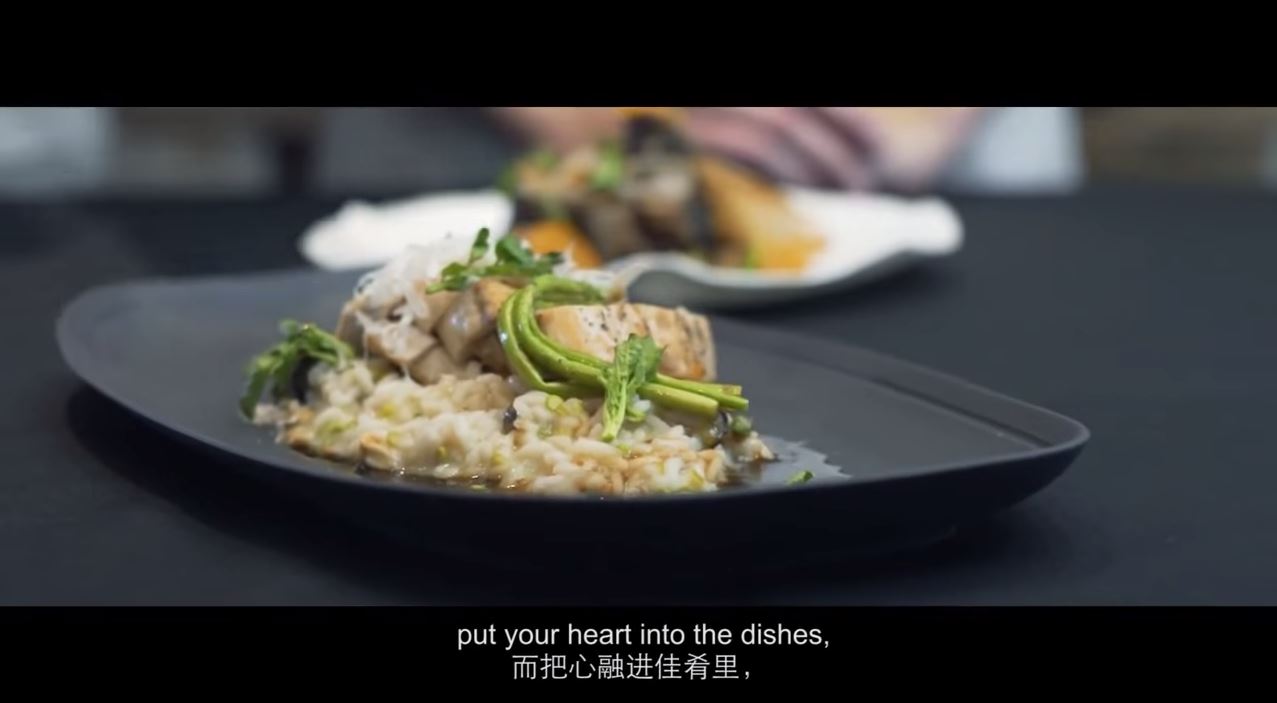 Another film fresh off ciNE65 Season 3, Home-made strikes a chord with every young Singaporean with its stories of home and evocative scenes of young Joey cooking with his grandmother.

It’s a gastronomic siren call – I challenge you to resist the sizzling, simmering, crackling sounds as Joey creates his exquisite dish, full of wok hei and that impalpable taste of home. I’m completely unsurprised that this film won Overall Best Film, Best Screenplay and Best Sound Design in the student’s category this year. Try not to lick your screen. 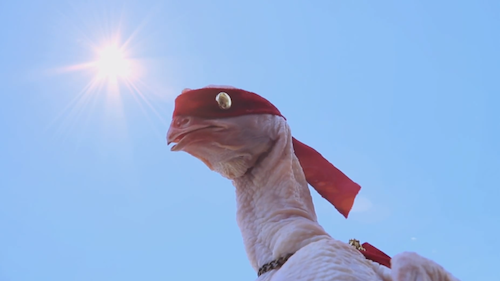 Ayam Man is the epitome of a superhero movie… if the hero were a raw, uncooked chicken. I dismissed this film immediately the first time I watched it, but when I came across it again, it immediately made me happy.

The truth is that most Singaporean films prefer dwelling on the past, painting our history in a rosy light. Ayam Man is corny, yet creative, shot ingeniously and most importantly, funny! Everyone’s better at seeing its worth than I am – it’s the deserving winner of the 2013 edition of the Cathay Motion Picture Awards. 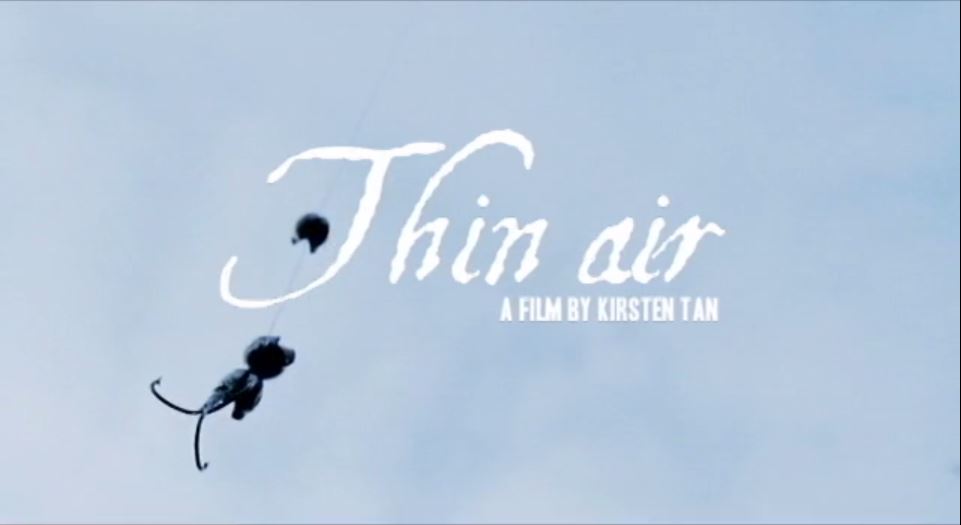 Filmmaker Kirsten Tan never shies away from the subversive or controversial, but it’s this whimsical piece on old age that really touches the heart.

You can watch the film HERE. 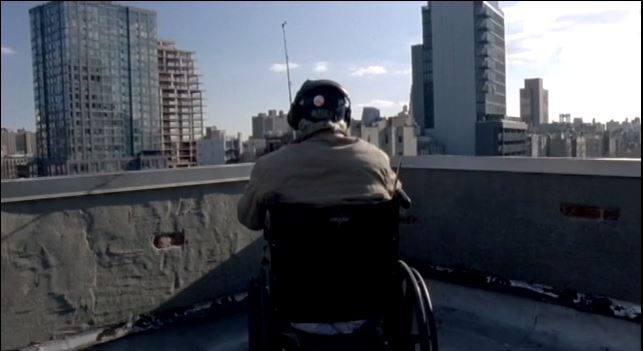 Mr. Hector spends his last days fishing. He listens to a recorded cassette tape of the sounds of the sea while casting his fishing line off the roof of his apartment building. When he catches a fish, he’s excited, but his home care aide, Cecilia, is rightly skeptical.

I shan’t spoil it, but it’s one of those films that makes you wonder. How will your last days be like? Will you fish for air too?

Some of these films are underappreciated, which I don’t understand because they’re amazing! If you haven’t supported local films before, these films will change your mind.

For all aspiring filmmakers out there, I hope that these films will inspire you to create your own stories. Let your lens capture the depth of human emotion or explore a breathtaking new perspective. For the viewers at home, watch, like and share these films to give the filmmakers the credit they rightly deserve. Happy viewing!

ciNE65 is a biannual short film competition that encourages aspiring film-makers to tell their Singapore story. The third season of the competition is centred around the theme “Believing ● Home”.

This year’s winners have already been announced, but stay tuned for more filmmaking magic next year. Check out their website or watch a curated list for the best of ciNE65 Season Three. 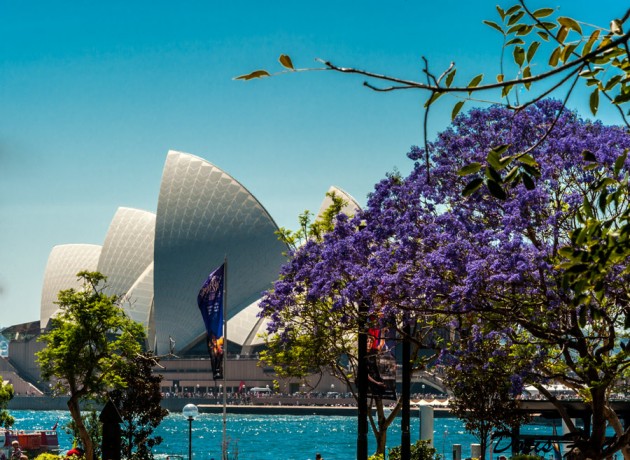 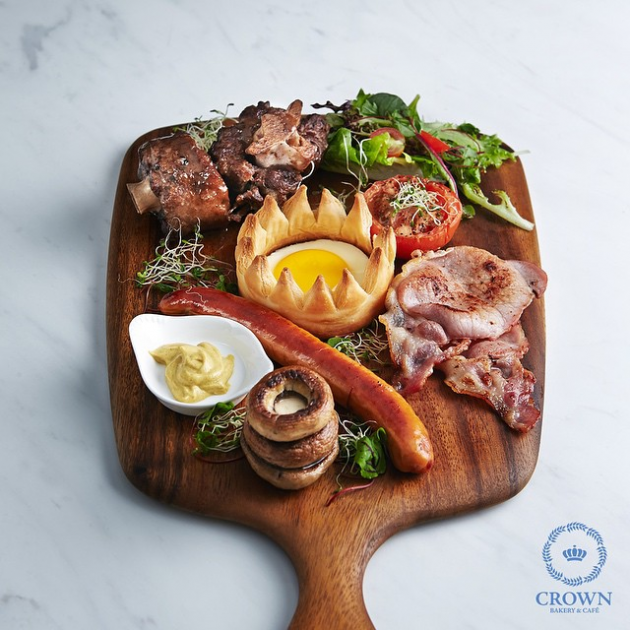