Lost-and-found stories are not uncommon in Vietnam. Just in the past month, we’ve heard multiple accounts of train staff members and students finding lost wallets and returning them.

For the most part, though, when we find someone’s lost items, our first thoughts tend to be to contact the police or the nearest authority and let them take care of things from there.

This woman from Đà Lạt, however, wanted to be absolutely sure that the original owner of a lost wallet she found got their item back. Upon finding the wallet that belonged to a tourist from another city, she went the extra mile to send it back via post.

The woman wanted to return the wallet as soon as possible

According to Diệp, she had gone on a vacation to Đà Lạt a few days earlier, but lost her wallet just before she returned home. Understandably, she was very upset, as all the lost papers, including her ID, student card, driving license, and more, would take ages for the issuing authorities to help her remake.

Thankfully, Diệp did not have to stay upset for long, as just a couple of days later, she came home from school to find that a package had been delivered to her home, and inside it was her lost wallet. 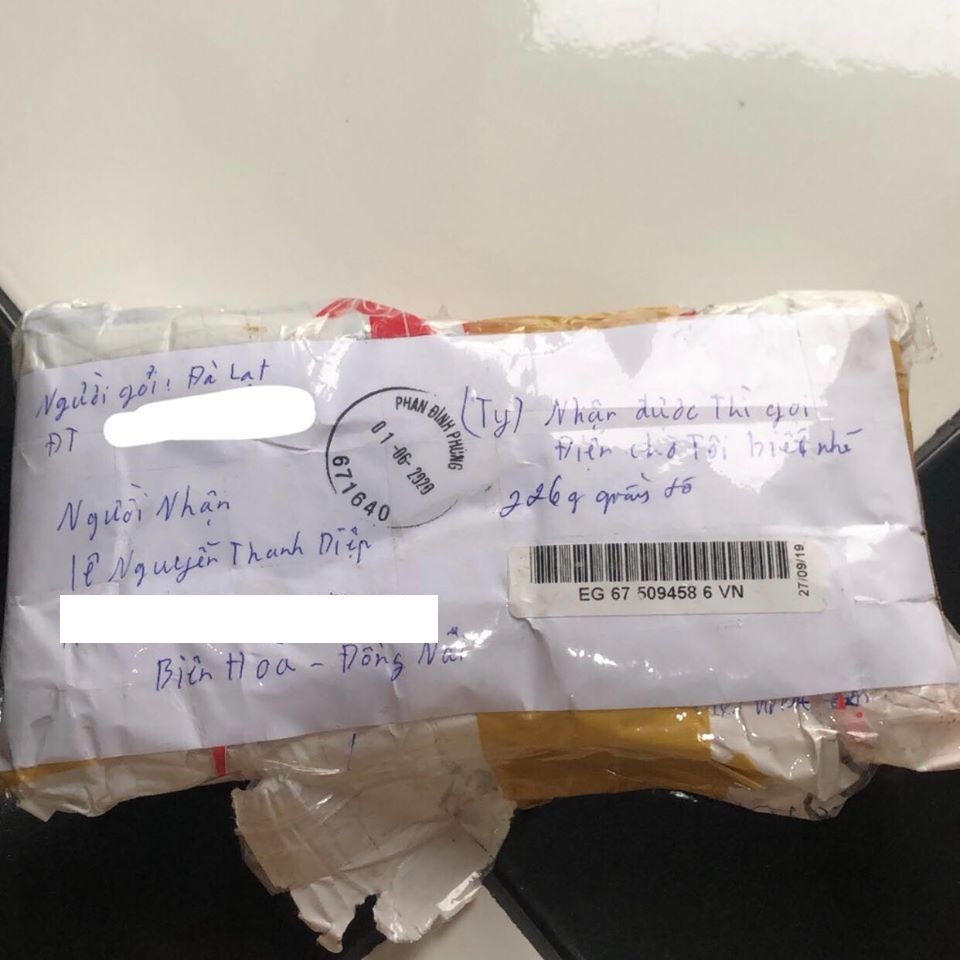 “Call me when you receive it,” the text on the right says
Image adapted from Diệp Thanh Nguyễn

The sender did not disclose their name and only left a phone number along with a message telling Diệp to call and let them know once she got the wallet back. Inside the package was another handwritten note, which reads:

“I found this near a trash can. This is all it had inside, I’m sending it back just as I found it. I can’t call you because there’s no phone number. Sorry for rummaging through your stuff, I just wanted to find some information to contact you.” 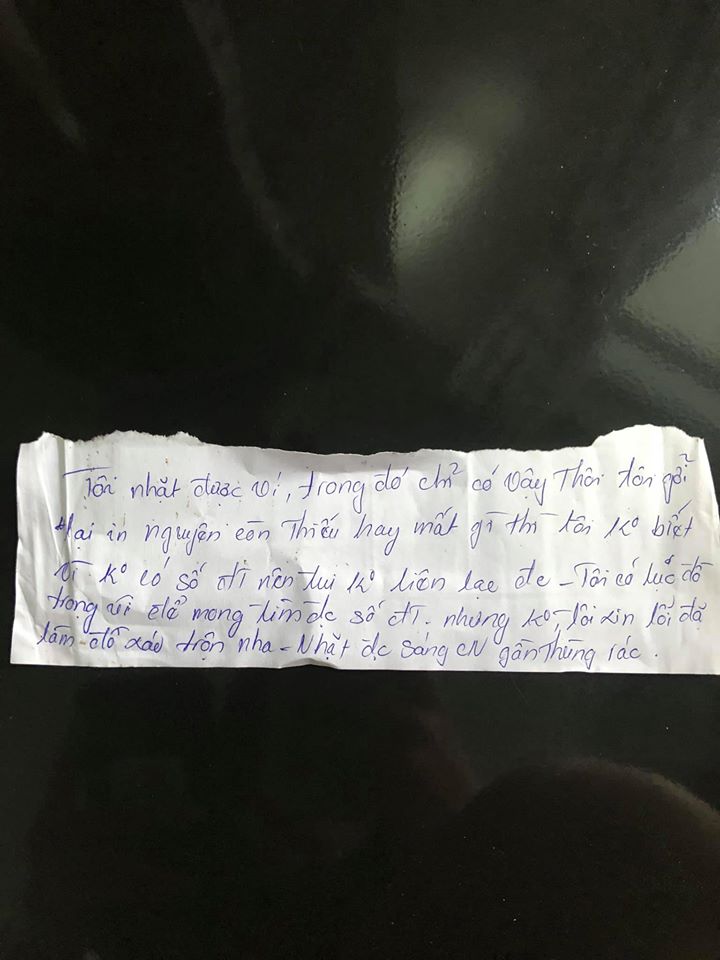 Diệp said the money she had in the wallet was lost. It seems someone else had found it beforehand, taken the money, then thrown the rest away before her wallet was found by the good Samaritan. Still, she was grateful to get her papers inside back.

In a later update, Diệp shared that she had called the number and found out that the sender was an older lady. During their conversation, the lady said she initially intended to notify the police, but then found a student card in the wallet. Afraid that Diệp would not be able to go to school without it, she sent the wallet back via post to make sure it got to her as fast as possible.

Diệp then asked for the woman’s address to send her some gifts as thanks, but she refused, saying that she was happy simply to know that Diệp got her wallet back.

The kind-hearted woman was recognized by the authority

Diệp’s story received a lot of public attention, prompting local authorities in Đà Lạt to seek out the kind woman to reward her for her display of integrity. It took several calls and a lot of convincing before she revealed that her name was Nguyễn Vân Nữ Huyền Châu, currently living in Đà Lạt.

In a ceremony held this Monday by the People’s Committee of Đà Lạt City to honor exemplary citizens, Mdm. Châu was awarded a Certificate of Good Deed. She told Thanh Niên, “I think it’s just the natural thing to do.”

Tourist’s lost wallet mailed back by a kind woman

If you’ve ever lost your wallet, you probably know how distressing the experience can be. This woman’s act of kindness has spared a young girl weeks – or maybe even months – of tiresome work to remake its contents. It is stories like these that help restore our faith in humanity. 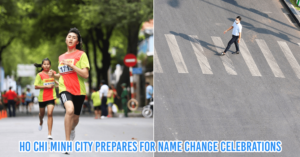 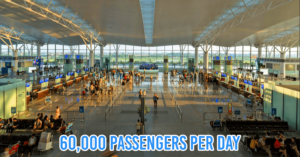