Running out of gas in the middle of the road, especially on an elevated one such as a bridge, is every commuter’s nightmare. Besides, ending up in such a predicament when the nearest gas station is 2KM away would add enormously to their anxiety and exhaustion.

Fortunately, the woman in this story didn’t have to go through that situation for long, because a selfless stranger suddenly turned up and transferred gasoline from his own motorbike to hers so that she could continue riding.

On 12th July, photos taken on Tuyen Son Bridge in Da Nang showed a man filling the motorbike of a stranger with gasoline. 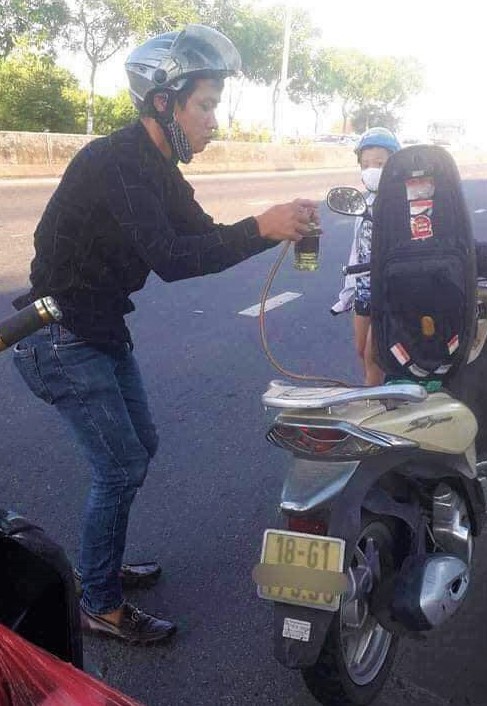 According to Facebook user Hoàng Nguyên Vũ who shared the story, a woman and her son were riding a motorbike on the bridge when the woman’s motorbike ran out of gasoline. 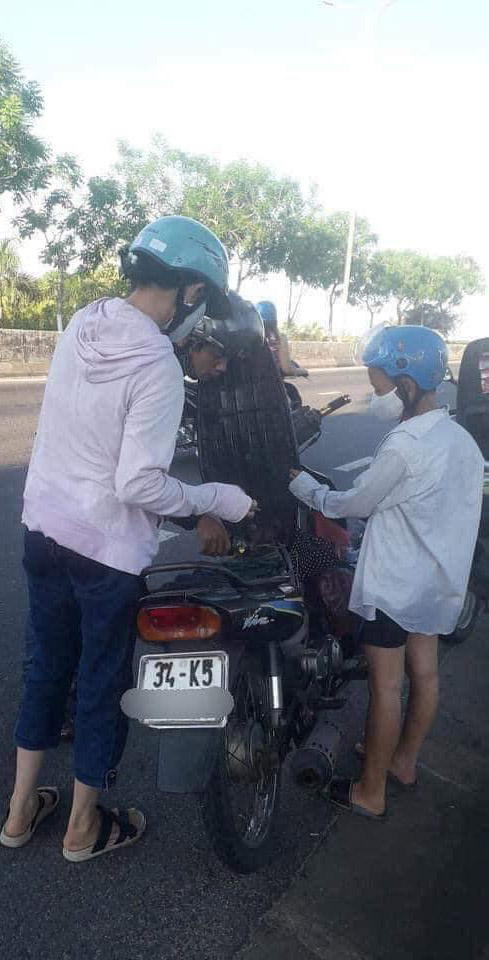 In a situation like this, a commuter usually has no other choice but to walk their motorbike down the bridge, which can be very dangerous and exhausting due to the slope of the bridge and the weight of the motorbike.

Seeing the woman and her son struggling to push their motorbike when the sun was at its peak, a male commuter pulled over and offered to help.

Knowing that the nearest gas station was about 2KM away, he quickly removed gasoline from his own motorbike and poured it into the woman’s motorbike. 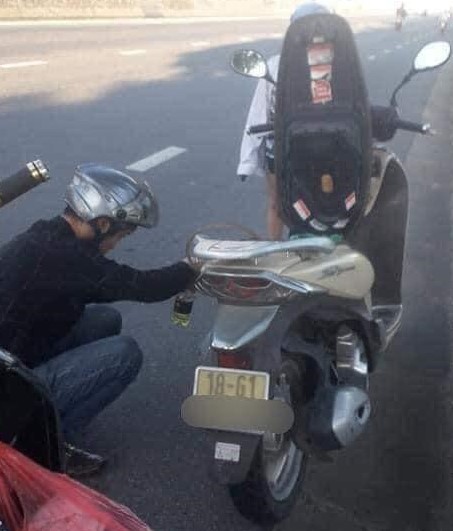 This amount of gasoline would be about enough to keep her motorbike running for at least another 2KM to the nearest gas station, where she could then top up her gas tank.

Netizens were impressed by the man’s gesture

The kind gesture of the man garnered 10,000 likes and thousands of comments at the time of writing. Many netizens expressed their admiration for his selfless act.

“If only everyone in our society had a heart as big as this young man’s,” Facebook user Quy Phan commented on the post.

The story also inspired other netizens to share their similar experiences.

Facebook user Hue Tran shared, “There are many good people out there. I was in the same situation (as the woman) and was offered help by a GrabBike driver.”

Luck also smiled on Facebook user Tuấn Nguyễn who shared how he was offered help by a stranger when running out of gas.

“I was in the middle of nowhere when my motorbike ran out. A lady passed by and transferred a large amount of gasoline from her own motorbike to mine. I offered her some money in return but she refused to take it. She didn’t look rich, but she was so kind. I have so much admiration for her.”

The good Samaritan in the story sets a great example of drivers’ ethics, and how we can strive to be more willing to help people in need. He could have driven on to escape the harsh weather, but he stopped and went the extra mile to help a woman and her son who were struggling.

However, the story also reminds us to make adequate preparations before hitting the road by running a check on your vehicle to see if it’s still filled with gas and if the engine is still working fine. Do not ride onto the streets when your gas tank is low, because sometimes you never know how far the nearest gas station is.

For a good selection of gas-efficient vehicles in Vietnam and prices, check out our infographic here. 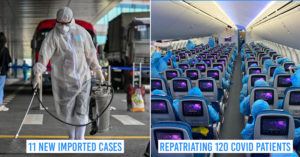 Vietnam Prepares To Repatriate 120 COVID-Infected Residents After 3 Months Of No Community Transmission
Vietnam's Mai Linh Taxi Sets Asian Record For Delivering The Most Babies In Rides, Thanks... 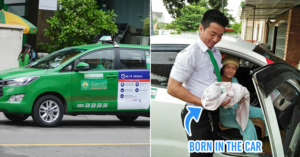