It might sound silly to those who’ve never had kids, but “when should I head to the hospital after my labor contractions start?” is actually a very common question for soon-to-be moms. False alarms are frequent occurrences, with many heavily pregnant women going all the way to the hospital only to be told, “No, your baby is not coming out… yet.”

There are also many cases where the baby arrives before its due date, and accounts of mothers giving birth right in the taxi on their way to hospital are not unheard of. Somehow, though, it seems to be happening too often for drivers of Mai Linh Taxi, as the company has just set an Asian record for delivering the most babies during rides.

Recognized by Asia Book of Records 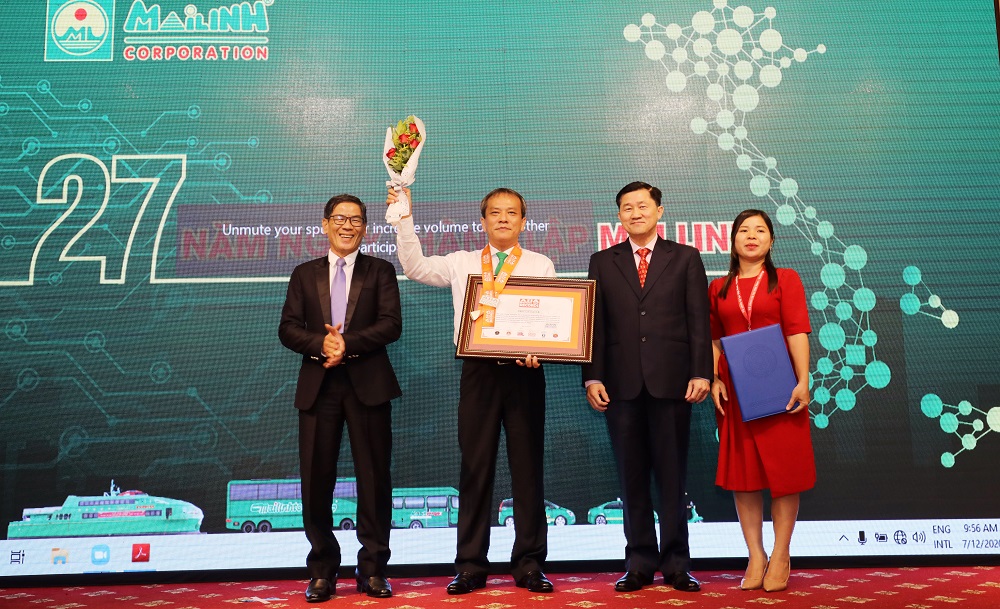 As one of the leading taxi brands of Vietnam, Mai Linh Corporation just celebrated the 27th anniversary of its founding last Sunday, 12th July. During the ceremony this year, the company also had the honor of receiving a certificate from the Asia Book of Records, which recognized it as the taxi brand that delivered the most babies during rides in Asia.

From its foundation to 30th June 2020, Mai Linh Taxi recorded a total of 194 cases where its drivers helped passengers to deliver their babies right in its vehicles. This number is unprecedented by any other taxi brands in Asia. 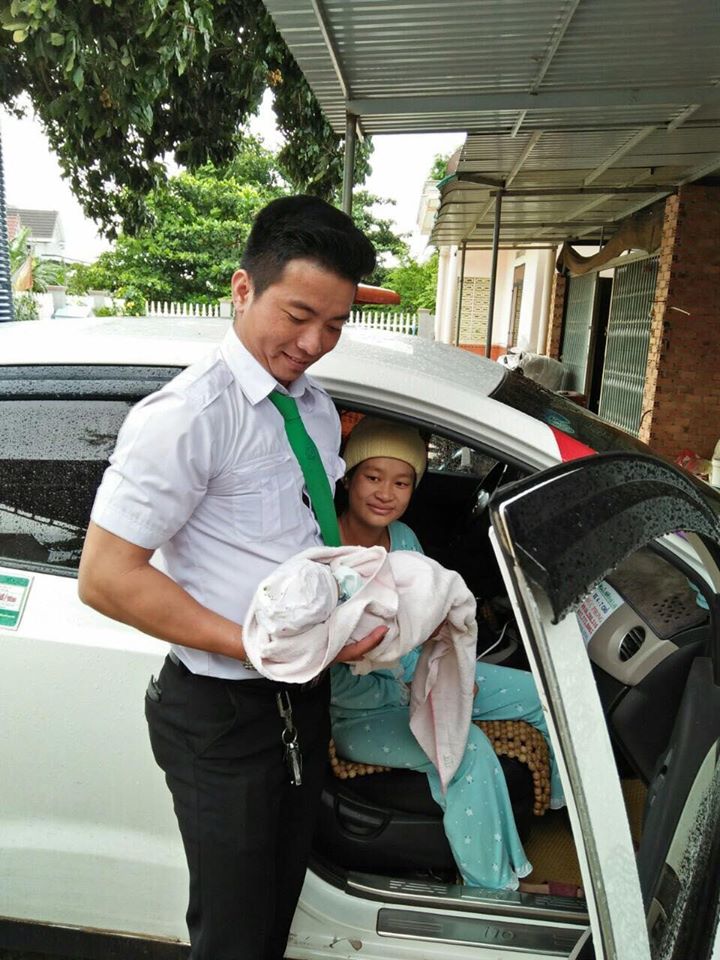 Exactly one year prior, on 12th July 2019, the Vietnam Record Association also acknowledged Mai Linh as the taxi brand with the most cases of in-car baby deliveries in the country.

Mr. Hồ Huy, Chairman of the Board of Mai Linh Corp, said, “I have the utmost respect and appreciation for our drivers who have successfully handled situations where they needed to help with delivering a baby.”

Helping a pregnant woman give birth in a taxi 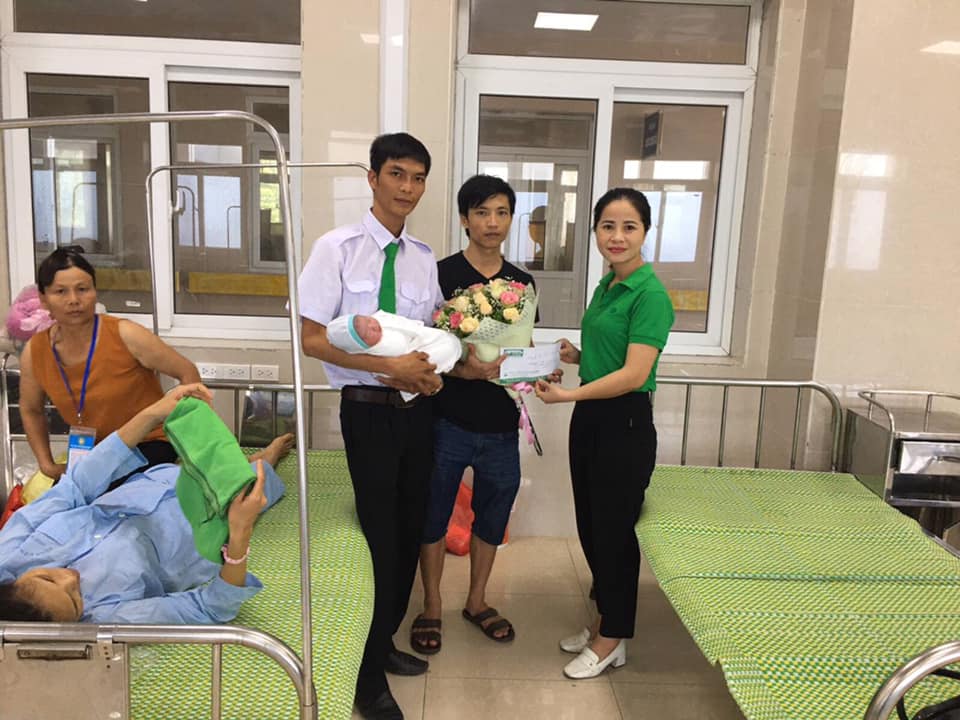 Driver Lê Tiến Công (left) had only worked at Mai Linh for 2 days before he successfully helped deliver a baby right in the car
Image credit: Mai Linh Corporation

A recent example of a baby being born in a taxi happened on 17th June. At around 1PM, Lê Tiến Công – who had only worked at Mai Linh for 2 days at the time – picked up a pregnant woman from Ninh Bình who urgently needed to get to the hospital for labor pains.

Only 500M into the journey, however, her water broke, and it was clear that she could not wait until they reached the hospital. Realizing the situation, Công made the decisive move to pull over and helped the woman and her husband deliver the baby.

Reflecting on what he described as “a confusing but happy highlight of his career”, Công shared that he had attended a healthcare course before and had also had first-aid training at Mai Linh, which was why he was able to achieve the feat.

“We were very confused and distressed at the time, but thanks to Công’s assistance, both my wife and daughter made it through safe and sound,” Đỗ Văn Cảnh, the baby’s father, said.

Many other heartwarming stories 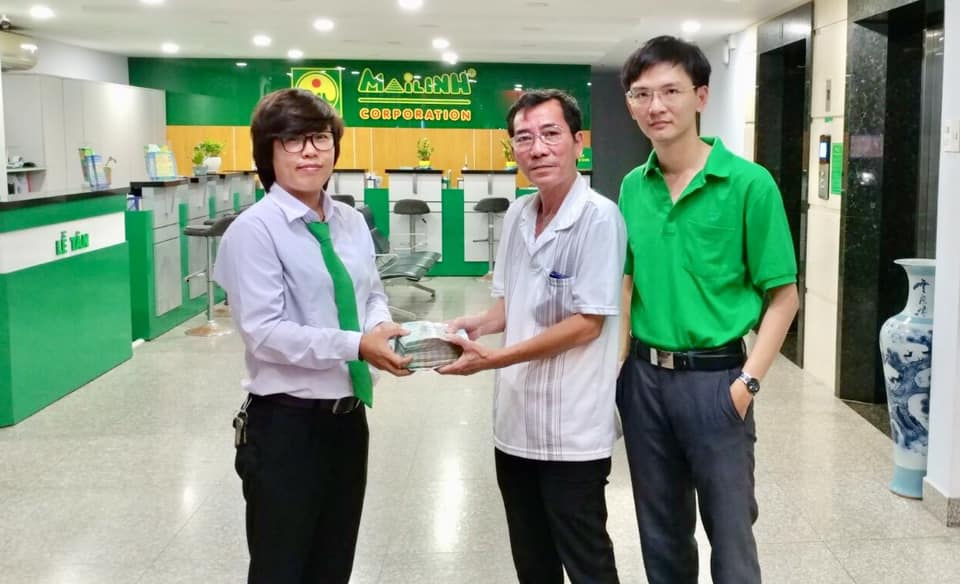 Mai Linh Taxi driver Lê Thị Mỹ Xuyên (left) returning a sum of VND310,000,000 to the passenger that had left it in her vehicle
Image credit: Mai Linh Corporation

Not only are Mai Linh’s drivers great at delivering babies, but they have also shown exemplary displays of integrity on multiple occasions.

On 6th June, a passenger rode in Xuyên’s taxi from Tân Sơn Nhất Airport, Hồ Chí Minh City to Nguyễn Kiệm Street. After the passenger left, however, Xuyên discovered that he had left behind a bag full of money in the vehicle.

Xuyên immediately reported back to Mai Linh’s headquarters, and by the next day, the money was returned to the original owner.

Having to give birth on a taxi is no doubt a stressful experience for any pregnant woman, so we have to give huge props to Mai Linh’s drivers for remaining calm and stepping up in people’s times of need. They truly take customer service to the next level. 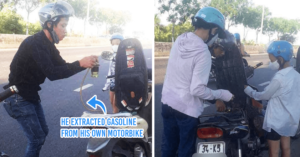 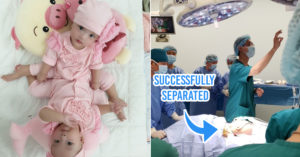