GrabBike driver went the extra mile to save passenger

On 8th April, a story about a GrabBike driver saving a passenger who attempted suicide went viral among Vietnamese netizens.

According to the story, the GrabBike driver sensed that something was off when she got off his motorcycle, then ran up a bridge to grab the passenger before she could jump off.

Grab Vietnam has confirmed that the biker is their employee, according to Tuoitre.vn.

He was quick to sense something was off

Around 5.30PM on 7th April, Phạm Thanh Phong, a GrabBike driver in Saigon received a ride booking from a female passenger, departing from Do Xuan Hop Street in District 9 to Saigon 2 bridge in Binh Thanh District.

As he was riding along Saigon 2 bridge, the passenger insisted on disembarking. Sensing that something was off, he was determined to not let her get off, reasoning that Grab’s system does not allow bikers to drop passengers off at these kinds of spots.

He only let her off on Nguyen Huu Canh Street after crossing the bridge. 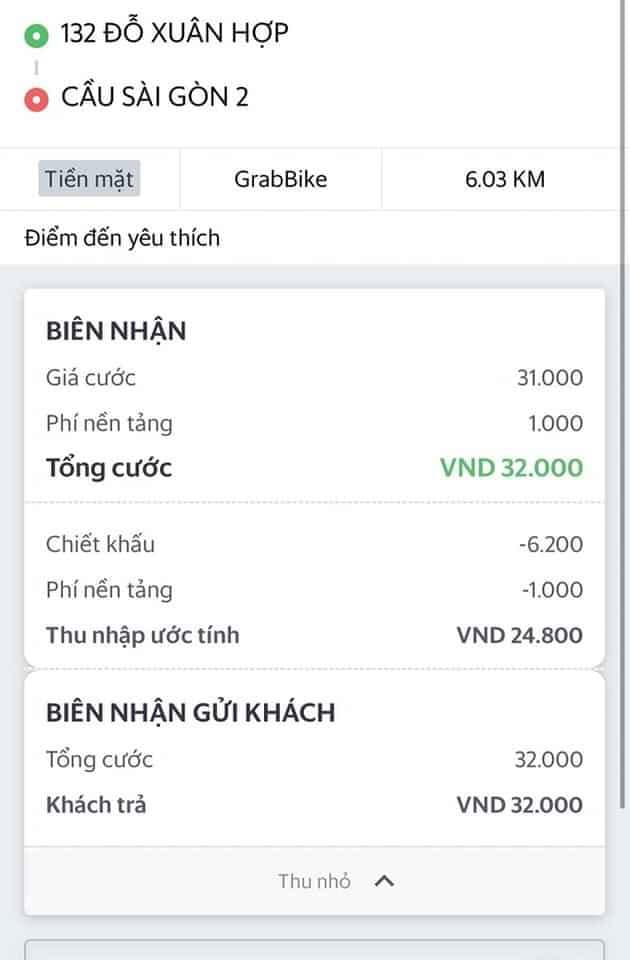 Screenshot of the booking

He did not leave immediately

Normally after a GrabBike driver drops their passenger off and receives payment, they drive off and go on their way immediately. 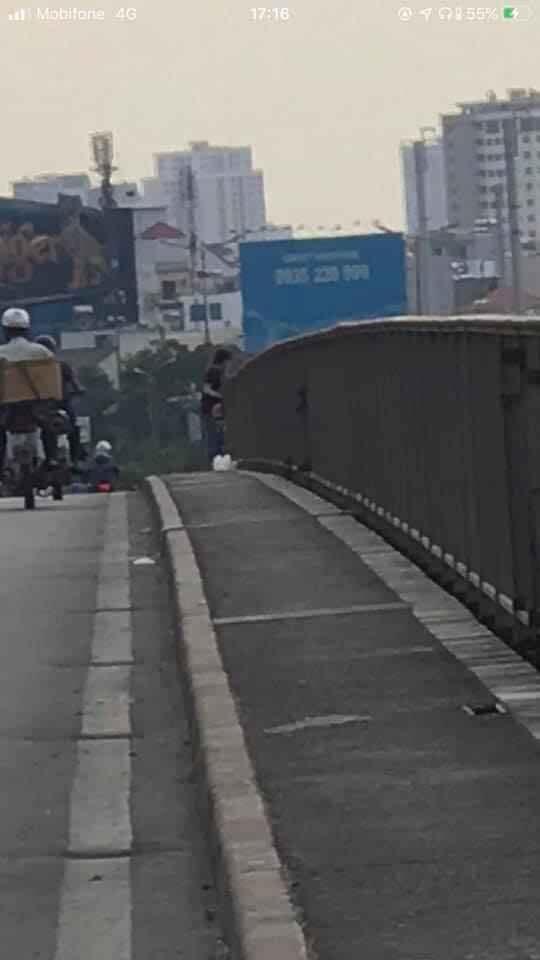 The passenger was ready to jump off the bridge
Image adapted from: Viet Van Tran

However, Phong’s gut told him that something was wrong, so he tried to call his passenger, pretending that she left her belongings on his bike. The more he tried to talk to her to buy time, the faster she ran. Suspecting that she would jump off Saigon 2 bridge, he hurriedly turned back towards the bridge and chased after her.

The moment he got close to her on the bridge, she was ready to jump over the railings.

He instantly grabbed her, yanked her back to the ground, and refused to let go until policemen arrived at the scene. 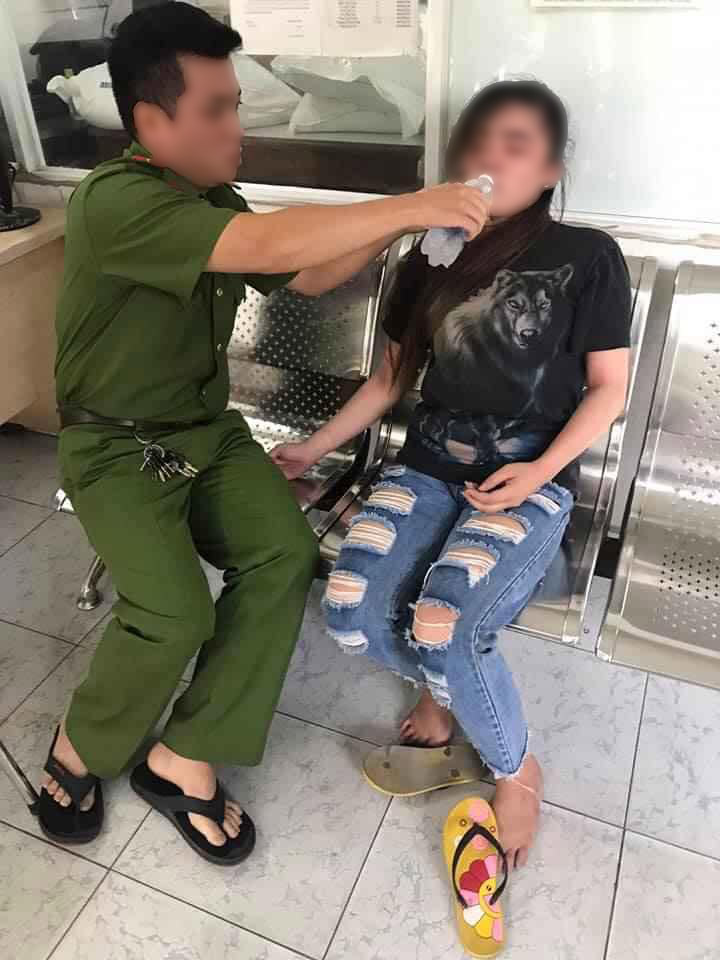 The passenger resting at a police station
Image adapted from: Viet Van Tran

He also shared that he didn’t expect her to be grateful to him, but he hoped that she would learn to love herself more.

Phong was born in 1990 in Hau Giang Province and currently lives in District 7. After many years of juggling part-time jobs to provide for his family, he joined Grab Vietnam a year ago. 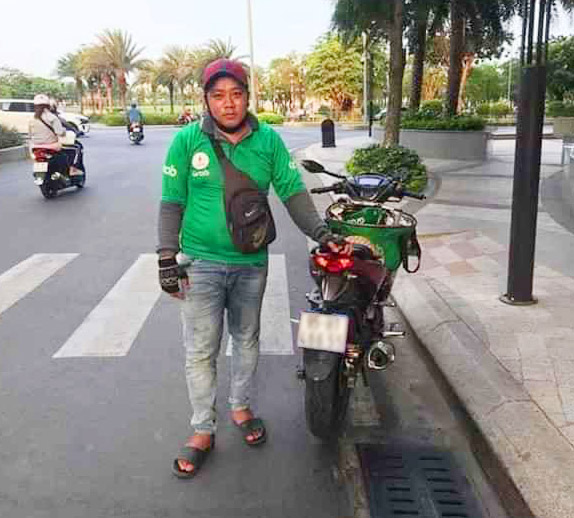 During his many rides, he encountered people from all walks of life and heard many sad life stories. He would console and encourage his passengers not to make any rash decisions that would affect their families.

Phong also shared with tuoitre.vn that once his financial situation improves, he will go back to learning a musical instrument and become a musician like he has always dreamed of.

Netizens call him a hero

The selfless act of the driver has won tremendous praise from netizens, with some calling him a hero.

Facebook user Thanh Tran commented, “You saved a life. You saved a family from losing a family member. You have become a hero in the eyes of many. Wishing you a lot of luck and peace.”

COVID-19 has taken a toll on businesses all over the world, and many people are worried about either losing their jobs or not having enough money to support themselves.

Phong could have left to find another passenger, just like any other driver would do, to earn some more money before it got dark. However, he didn’t because he truly cared for his passenger’s safety.

Not only did Phong set an excellent example for other drivers, but his actions have also restored our faith in humanity, even in such turbulent times. 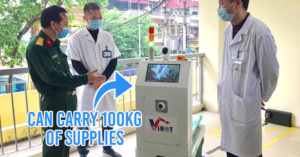 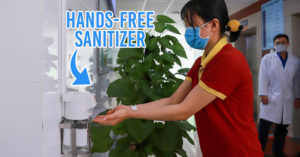