We all know that children require close monitoring. One moment you take your eyes off them, and the next, disaster can strike. Accounts of children doing destructive yet hilarious things are not a rare sight on the internet, and they’ve become the source of entertainment to thousands over the years.

The latest example is this Vietnamese girl who somehow found herself stuck in a sewer. Her father managed to rescue her in a timely manner with the help of two GrabBike drivers, and netizens, while relieved that the girl was okay in the end, have had some quirky comments on  the incident.

The girl was rescued quickly

Last weekend, a video went viral on the popular Vietnamese youth forum Beatvn, showing a man in a black shirt and two GrabBike drivers rescuing a little girl who had been trapped inside a sewer.

The entrance to the sewer was too small for the adults to jump in, so they could only try to help the girl from outside. In the video, the black-shirted man was grabbing the girl’s hands, repeatedly telling her to “look at Daddy! Look at Daddy!” as he slowly pulled her out of the sewer.

A GrabBike driver was also seen supporting the girl’s legs, while another protected her head with the back of his hand to prevent her from bumping into the hard stone surface.

Eventually, the girl successfully made it out, looking a bit worse for wear but otherwise uninjured. It was not clear how she ended up in this predicament, but the voice of a witness at the scene can be heard saying she had slipped.

Netizens are thanking the drivers and making quippy remarks

The video quickly went viral after it was shared, attracting thousands of interactions from Vietnamese netizens. Many took to the comment section to thank the GrabBike drivers for their deed, while others had some quirky remarks to share, drawing comparisons between this rather unusual incident and the popular horror movie IT. In this movie, the villain, an alien disguised as a clown named Pennywise, is known for luring children into sewers to eat them.

“Maybe she found a clown in the sewer. Reminds me of IT,” netizen Quách Hương Lan wrote, attaching with her comment a gif of Pennywise popping out from the sewer. We’re just glad this clown isn’t real. 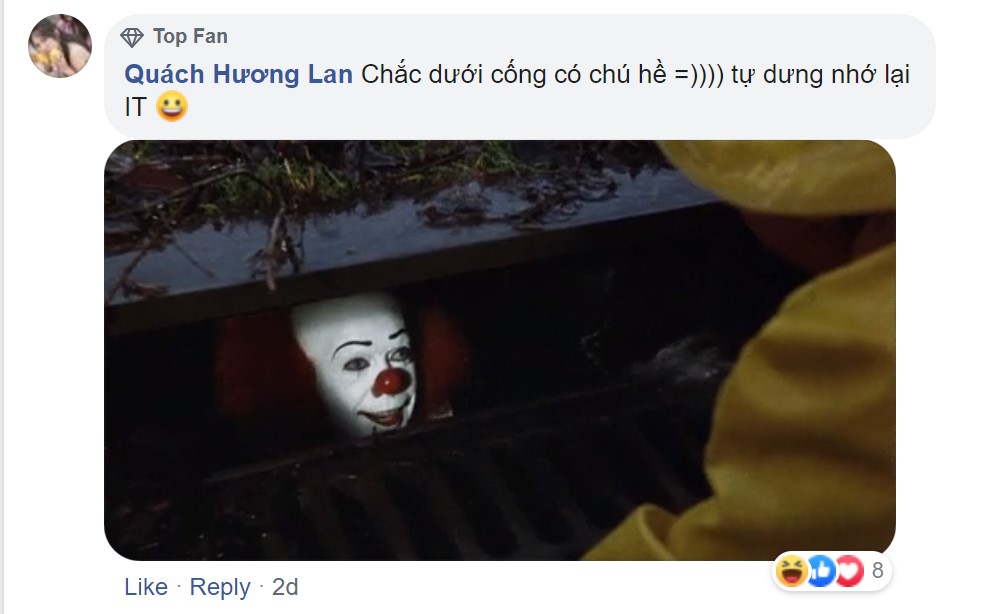 Netizen Thạch Thọ Thân, on the other hand, quipped that now the girl’s father can tell his child “I picked you up from the sewer” and literally mean it. This is a common joke Vietnamese parents often tell when their kids ask “Mom/Dad, where did I come from?”

Facebook user Phương Anh, on the other hand, praised the girl for remaining calm under the circumstance. “She wasn’t even crying. What a tough girl,” Phương Anh wrote.

It is a known fact that we Vietnamese are always looking out for one another, so it is not surprising that these GrabBikers decided to lend a helping hand. Without a doubt, they deserve all the kudos for their kind act.

This incident, however, also raises concerns about the safety of infrastructure in Vietnam. Therefore, parents and adults should be sure to keep a close eye on their children to prevent potential accidents. 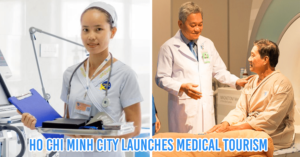