The Netflix series The Queen’s Gambit was 2020’s breakout hit, enthralling chess enthusiasts and casual viewers alike with its fascinating story of a prodigy who becomes a chess master at a young age.

But such stories exist out of fiction as well. Recently, a 9-year-old boy in Vietnam rightfully won the title of chessmaster after his impressive performance at a national tournament.

Here’s how his ambition and talent will surely take him to greater heights, as he aims to attain the Grandmaster title by age 14.

Youngest player to have won the master title at nationals Đầu Khương Duy, a 9-year-old boy from Hà Đông District, Hanoi, recently made headlines on several Vietnamese news sites thanks to his achievements at the National Team Chess Tournament – a nationwide event that took place in Cần Thơ City from 29th April to 10th May this year.

The boy scored 6.5/9 at the tournament – meaning he had 6 wins and 1 draw out of his 9 matches. With this, he’s qualified for the title of chessmaster. As Vietnamnet reported, Duy is the youngest player to have won the title from playing in a national tournament. Duy defeating a grandmaster in 2019

Previously, in 2019, the young player awed the chess lover community in Vietnam after he defeated a grandmaster in a friendly tournament.

He wants to become a grandmaster by age 14 From what Mr. Đầu Anh Bắc, Duy’s father, told Vietnamnet, the boy displayed his brilliance quite early. By the time he was 2 years old, he already knew how to read. Yet, it was not until 2018, at 7 years old, that he started getting acquainted with chess.

Since then, after only 3 years, he’s won several medals at tournaments, both domestic and international.

Duy has set the goal of becoming a grandmaster before he turns 14. For this, he needs an Elo of 2,500.

For context, Elo is a score system recognized by the International Chess Federation (FIDE) and is used to rank players all over the world. At the moment, Duy’s Elo is sitting at 1,755.

While Duy no doubt has a natural gift for chess, let’s not forget to acknowledge all the hard work he’s put in – for his achievements wouldn’t have been possible without intensive practice and learning.

It is always a delight to see new talents emerging to contribute to our country, and we wish Duy and his family all the best in his future endeavors. 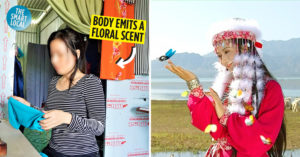