As a popular attraction of Hồ Chí Minh City that doubles as an animal shelter, the Saigon Zoo & Botanical Gardens are currently home to 1,500 animals, many of whom are rescued from illegal trafficking activities.

A lot of Saigon residents have probably visited the many tigers, elephants, and bears living here when they were growing up, but those who visited last weekend also got the chance to greet a special resident of the zoo: a cat who had somehow managed to sneak into an old tiger cage. Netizens have found the incident cute and hilarious.

The unused tiger cage is preserved as an exhibit

Pictures of the occurrence were shared on the popular Vietnamese youth forum Beatvn last Sunday, entertaining hundreds of netizens. In the photos, a cat is seen sitting inside a cage with a sign that says “Indochinese Tiger” in front of it. 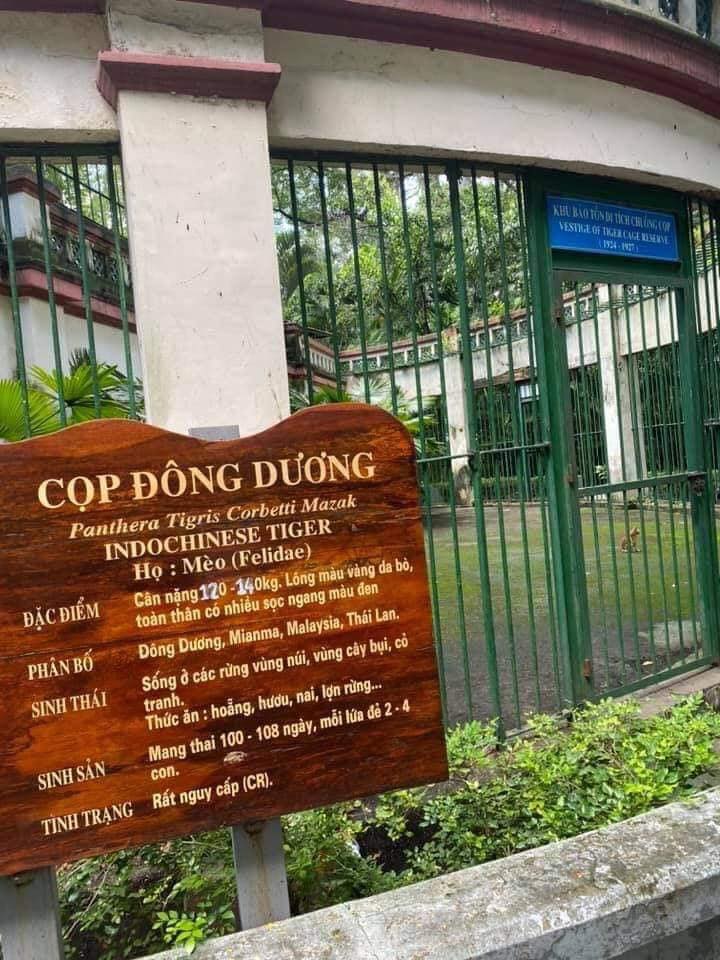 The cage in question is an unused one that’s open for everyone to come in and take pictures. It used to be the home of an actual tiger, which has since been moved to a bigger living space.

With a long history that traces back over a century, the Saigon Zoo has undergone many renovations after which its animals are moved to bigger, more comfortable living conditions within the attraction. Some of the old cages, such as this one, are preserved as an exhibit to tell visitors more about the zoo’s past.

What makes the incident funny is that cats are dubbed “mini-tigers” in the Vietnamese language. It is only fitting that this former dwelling of the Indochinese Tiger now welcomes another feline inhabitant. Moreover, according to the sign, Indochinese tigers are characterized by their yellow fur with black stripes, which just so happens to also describe our cat perfectly. 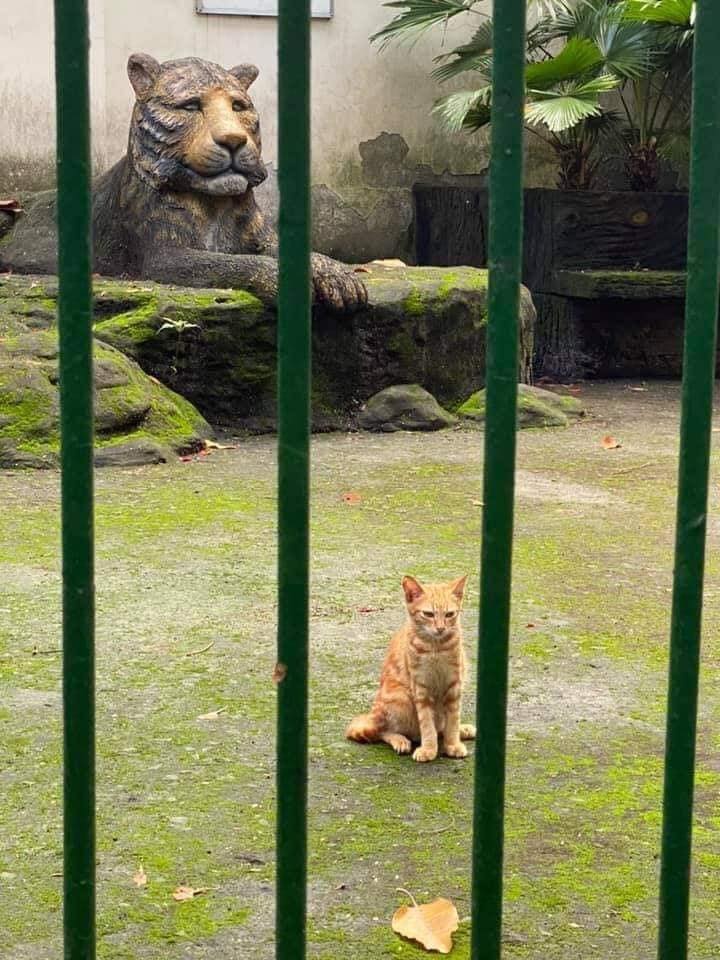 The cat’s grumpy expression, as if it’s frustrated about being “caged”, further delighted passers-by. Many people have made references to the popular Vietnamese poem “Nhớ rừng” (“Longing for the forest”), which tells the struggle of a caged tiger thirsting for freedom. 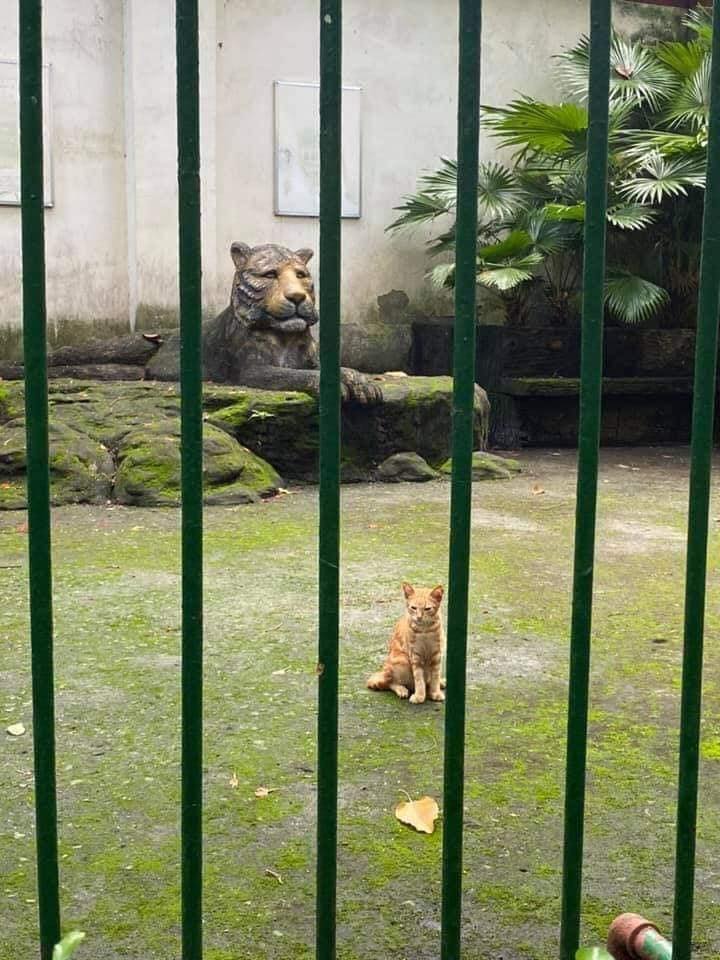 Netizens are entertained by the ambitious feline

The story quickly became a source of amusement for Vietnamese netizens. Hundreds of people have flocked to the comment section on Beatvn’s post to tag their friends, telling them to check out this “fearsome tiger”.

Netizen Lee Giang also jumped on this opportunity to get meme-y, posting a picture in which the popular meme “Am I a joke to you?” is photoshopped onto the face of a tiger. 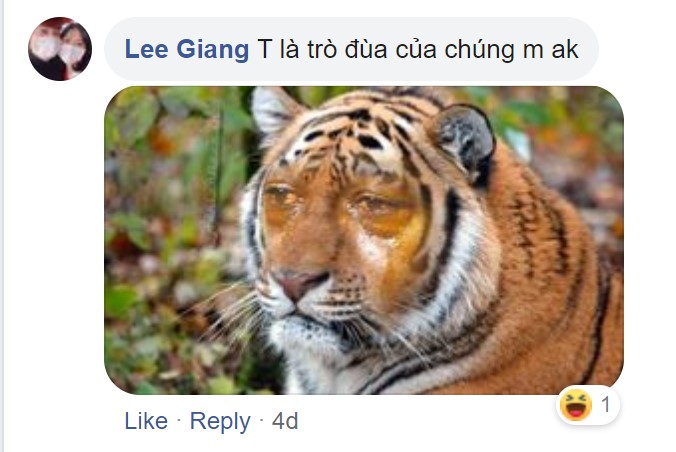 “Am I a joke to you?”
Image credit: Lee Giang

Some others, such as Facebook user Triệu Quang Chính, also found the facial expression of the tiger statue in the cage hilarious.

“The tiger statue in the back looks bored af”
Image credit: Beatvn

Saigon Zoo has been facing financial difficulties due to the impact of the COVID-19 outbreak in Vietnam. Hopefully, cute stories like these will help draw more visitors to the zoo, which in turn will give it more income to provide better care for the animals. 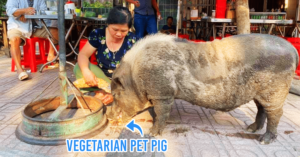 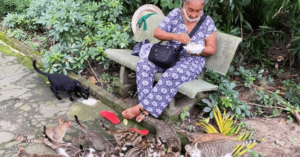