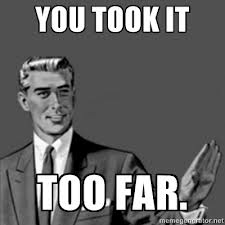 When we are around our close friends, our friends can be very open with us. Sometimes, friends may tease each other or casually hit each other in the name of horseplay. That is totally acceptable and is part of bonding between friends, however, we must also know where to draw the line between horseplay and undesirable behaviour, and know when to say “No, stop it”. Here are some situations where we must make it clear to our friends that they may be taking the joke too far whether intentionally or unintentionally.

5 malls to visit when in Singapore!
Best of Singapore 2012 TSL Awards