How to get work-life balance in Singapore It comes as no surprise that Singapore is one of the most overworked cities in the world. Our OT hours can be insane and we generally have an unhealthy tendency to scroll through our work emails in bed. But there are athletes who manage to juggle it all – a full-time job, quality time with friends and family, and even participating in sports at an elite level.

We turned to 5 national athletes, otherwise known as work-life balance senpais, for some life-changing advice.  Besides having a full-time job, these folks also participate competitively in sports like taekwondo and pole vaulting.

Read on if you want to move on from procrastinating that gym sesh or jog around the field.

It’s 7AM on a dreary Thursday morning, but Deloitte Management Consultant Charmaine Soh, looks entirely fresh-faced and ready to tackle a new workday. Is there a link between morning people and success? Perhaps, but the 3-time Asian Championships medalist and 3-time Gold and Silver SEA Games Medalist shares a nifty insider’s trick: she handles her hectic work and exercise schedule by constantly planning ahead. If she knows that it’s a busy day at work and her weights sesh in the evening is a no-go, then she’ll head to the gym during lunch for a speedy workout. Her competitive spirit keeps her on the right track – as she said, “you’re either in the competitive scene, or you’re not”. When it comes to training and her job, Charmaine affirms that there’s no leeway to slack. Even though she spends a hefty part of her day handling clients and going to meetings, she still has the determination to train. She depends on a healthy diet too, by cutting down on carbs, eating lots of fruits and veggies, and saying no to fried food. It’s all age-old advice, but hey, she’s certainly keeping fit. Having grown up with a heart condition, Chelsea Sim had multiple challenges stacked against her. But now, she’s a 3-time SEA Games medalist, 5-time Commonwealth gold medalist, and 5-time Asian Cities Gold Cup champion who trains 6 days a week. After a full day of work as a Marketing and Communications Executive at Deloitte, she heads to training from 6PM to 9PM – her only rest days are on Sundays since she coaches Taekwondo on Saturdays. Challenging? Yes, indeed. But as Chelsea quipped, “what doesn’t challenge you doesn’t change you” – showing that she makes the most of all life challenges. While most of us avoid obstacles and hurdles, Chelsea believes that pushing through difficult challenges are what will develop you as a person – so you can grow and learn from your experiences. The journey to become a taekwondo athlete on the National Team has neither been smooth nor easy for Chelsea, and a lesson learnt is that it is important to set your priorities straight. Having to sacrifice family time has been the hardest for her, and that requires juggling as well.

Taekwondo also served as a form of escape for her when things got tough. Instead of slipping mindlessly into the humdrum of everyday life, look to working out as a way to relieve stress and to clear our minds. Rachel gets the best of both worlds – by spending time with family while training.

Starting the sport later than her peers did not stop Deloitte Marketing Analytics Assistant Manager Rachel Yang from breaking records. Even when she sustained major injuries that threatened to push her out of pole vaulting completely, the 2-time SEA Games Medalist only came back stronger.

She is also the first Singaporean to qualify and compete for pole vaulting at the SEA Games, Asian Games and Commonwealth Games – she’s here to stay in the sports scene for sure. Family is the core of everything she does, and it’s clear that she gets solid support from both her husband and son. When asked about her take on keeping fit while working full-time, she chirped that exercising with family or those who support and push you to be better is the way to go. 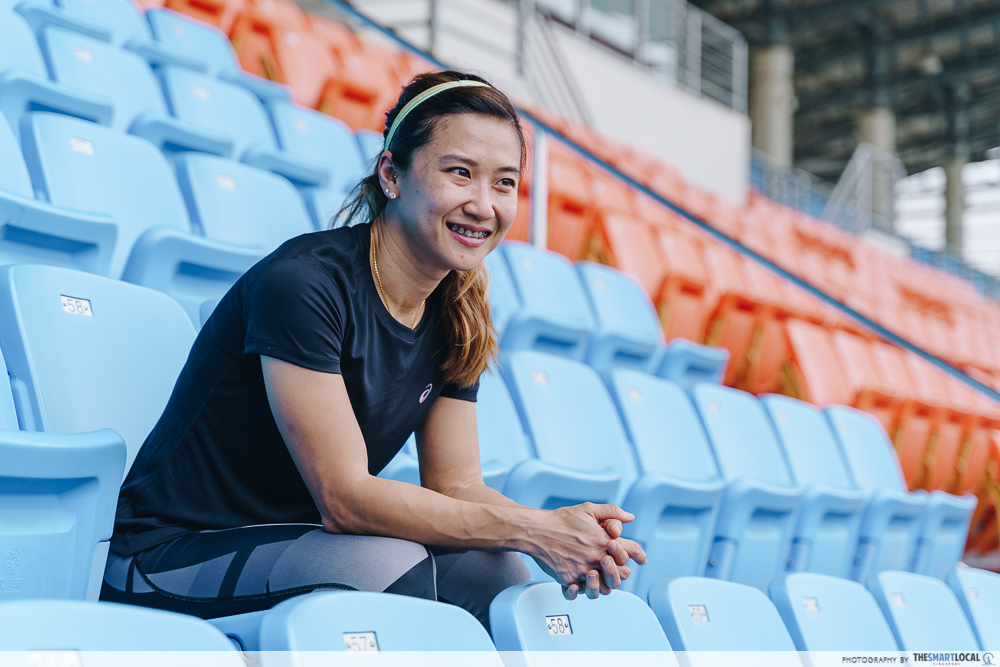 It’s no easy feat but Rachel manages to deal with motherhood, her career and being a sportswoman – all at the same time. To her, obtaining a Masters of Business Administration  in 2016, while working, training and parenting a young child was one of her greatest achievements. Her son, Zacchaeus, was with her at the stadium during this interview, and his familiarity on the training grounds was evident in the way he happily roamed around. I gave Clement Chow a straightforward question – what advice would he give to someone like me who’s a lazy bum and can’t be bothered to exercise outside of the 9-6 grind? His answer was easy and almost immediate: “You need to find something that you like to do”. Listing examples from yoga to rock climbing and HIIT classes, he said you can try anything that is of interest to you. Clement has years of swimming background as a kid, and that was what pushed him to try being a triathlete – all endurance sports with swimming, cycling, and running. The discipline to train at 7AM in the morning when most of the world is still asleep comes from the passion he has for his sport. It is also this passion which drove him to train hard and win the bronze medal at the SEA Games in 2017.

In order to continue pursuing his passion, the Deloitte Audit & Assurance Senior Associate who recently became a father, is taking a sabbatical from work to train and settle into fatherhood. 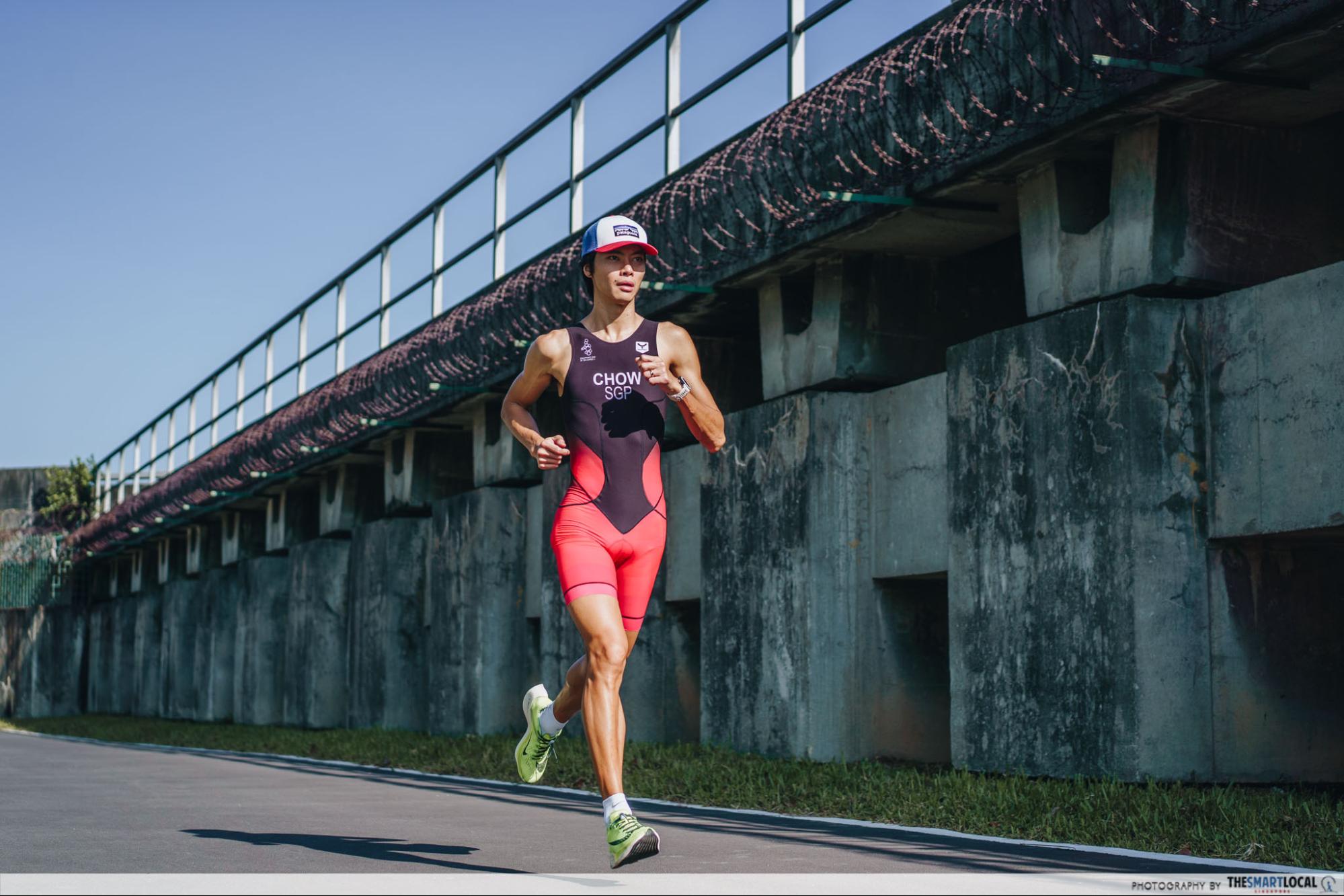 Other than that, Clement is chill with his diet. He mentions how he recently went to the zoo in celebration of his child’s birthday and had fried chicken there – it’s okay to eat anything as long as it’s in moderation and you keep yourself hydrated. 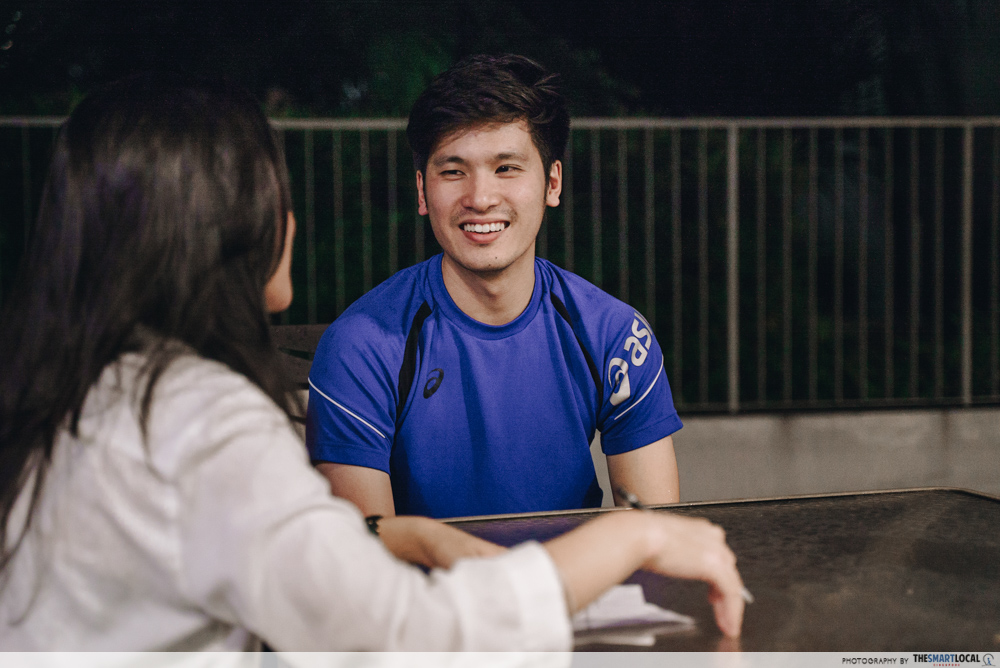 As an ex-national badminton player, Derek Wong works full-time as a Marketing Executive at Deloitte but still plays badminton at least twice a week and even coaches his students on the weekends.

Behind that easy-going personality is determination – it spurs him to work out even on the toughest days and because of that, he’s a 5-time SEA Games medalist and 3-time Commonwealth Games medalist. 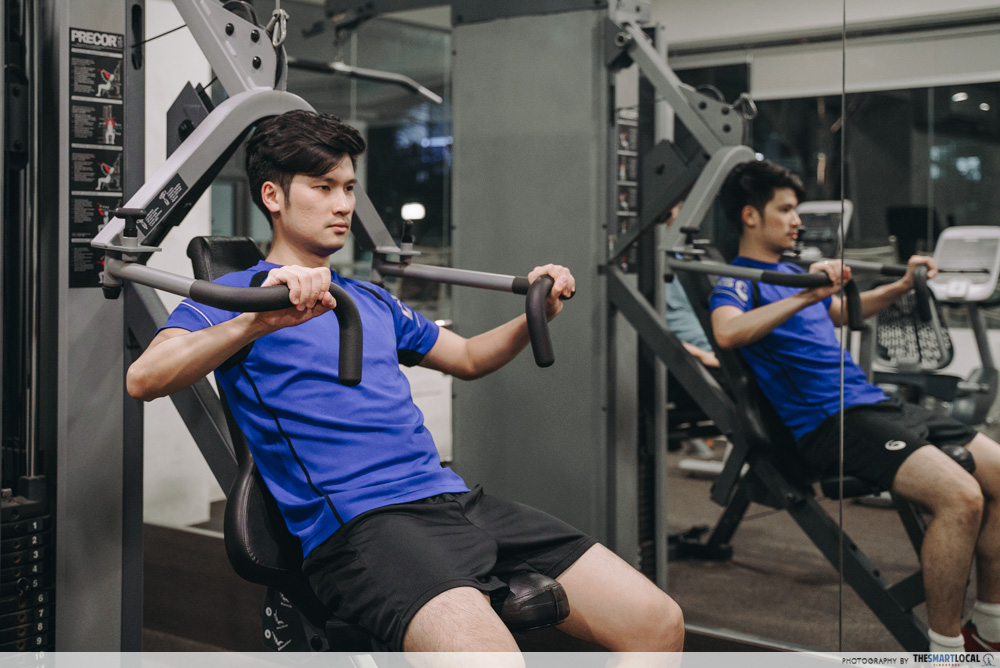 Although he’s no longer in competitive badminton, he still exercises regularly. When asked why, his answer was straightforward and immensely relatable: “To look good lah!” Then with an afterthought, he added, “also to keep the medical bills low”.

Exercising regularly is a foolproof way to build your immune system – a definite must for all us office bums who sit in a rolly-chair in an air-conditioned office for more than 8 hours a day.

Finding the work-life balance with Deloitte

For an athlete, finding time to train is tough, especially when they’re also juggling a full-time job and spending time with family and friends.

With employers like Deloitte, it is a ton easier to do so.

Deloitte is the largest employer of national athletes, and its Deloitte Ignite Program supports active athletes through flexible work arrangements and special leave entitlements, allowing them to train regularly while holding on to full-time jobs. Athletes looking to leave, or have already left the competitive sports scene to concentrate on their careers are also supported under this program.

The acclaimed work-life balance isn’t limited to professional athletes either – all employees are encouraged to take part in interdepartmental games, be part of an interest club or volunteer.

The Deloitte Ignite Program has provided employment and internship opportunities to over 100 athletes in the last 4 years, including local athletes like Shanti Pereira, Yip Pin Xiu, Anders Aplin, Kimberly Lim, and Amanda Ng. With opportunities to explore careers in Audit, Consulting, Financial Advisory, Risk Advisory, Tax, Consulting, Marketing, Communications, Human Resources and many other areas – there’s something for everyone whether it’s full-time, part-time or an internship stint.

Find out more about Deloitte and the Deloitte Ignite Program here

This post was brought to you by Deloitte.
Photography by Pichan Cruz, Pepita Wauran, and Nadia Loewito.