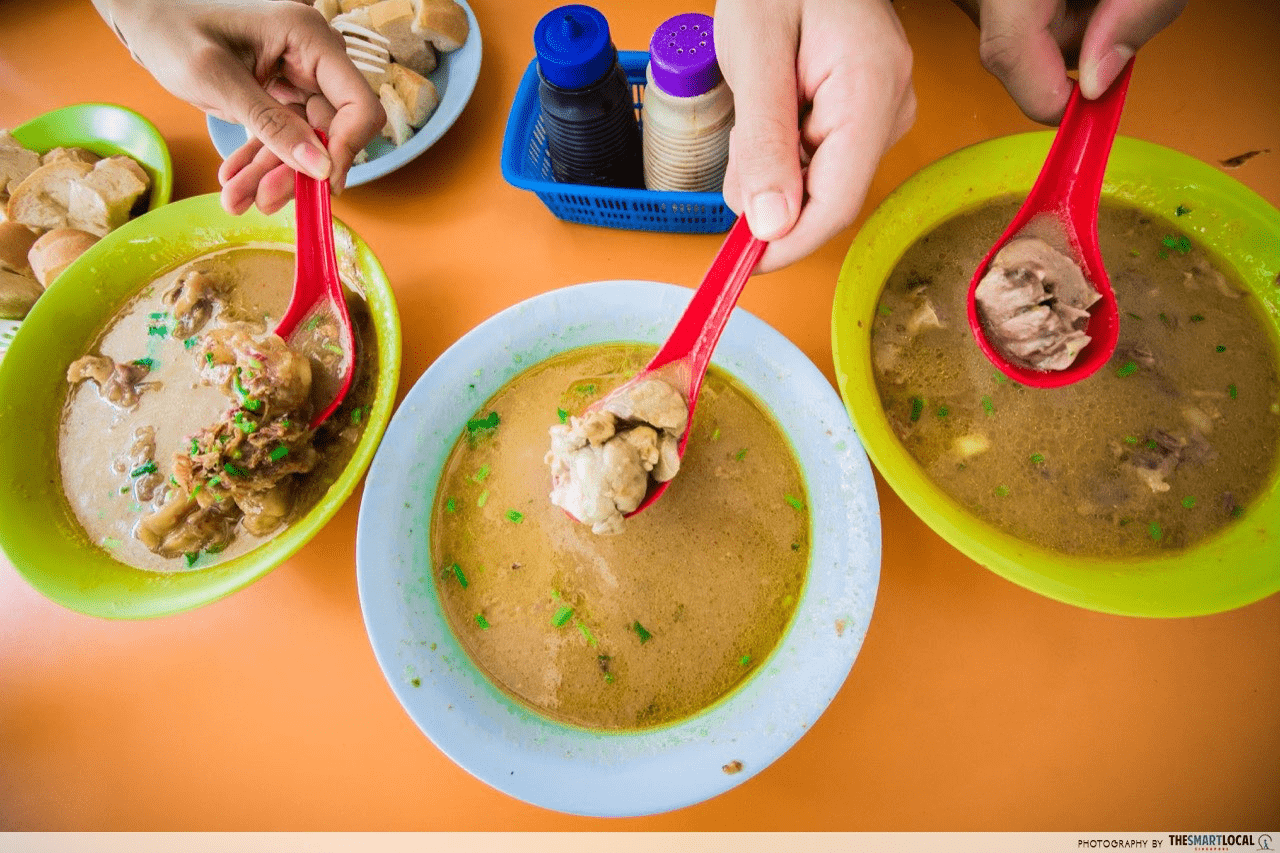 When a local hawker stall was challenged by Gordon Ramsey, nobody expected it to win. But it did – showing that the best Singaporean cuisine can be found in humble hawker centers. But nestled among your usual Chicken Rice or Ban Mian stalls are a select bunch of vendors that whip up oddball dishes – with less commonly-eaten animal parts like brains and even fallopian tubes.

Sounds gross to most of us, but a lot of these infamous dishes are delicacies to the older generation. Curious to find out what these obscure hawker dishes taste like, we hunted them out to try for ourselves. Although hesitant at first, we found some dishes to be pretty good after all – here’s the scoop. 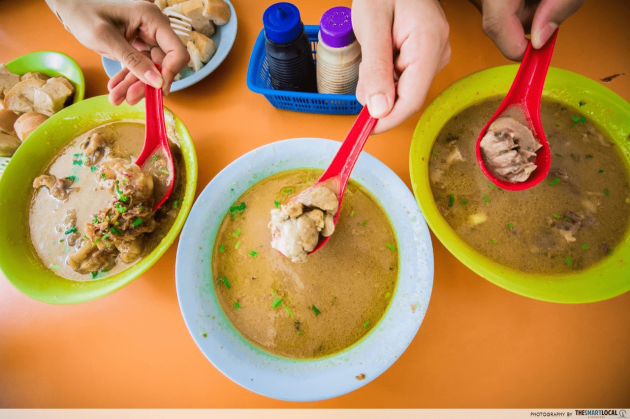 I won’t lie: when I first saw the small white blobs of lamb’s brain bobbing in the soup, I felt a bit uneasy. However, the brain was surprisingly creamy and left a silky feeling in my mouth. The tender lamb’s brain broke apart easily in my mouth and the texture was similar to a juicy lobster’s. If you didn’t tell me it was brain, I wouldn’t have known at all! 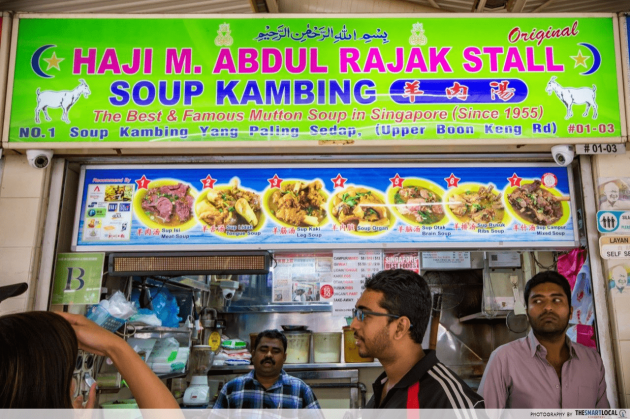 Paired with the soup, it was even more delicious. The creaminess of the brain contrasted with the depth of the salty and slightly spicy soup. I liked the way the brain kind of melted into the soup, creating an even smoother texture that was pleasant to the palate. 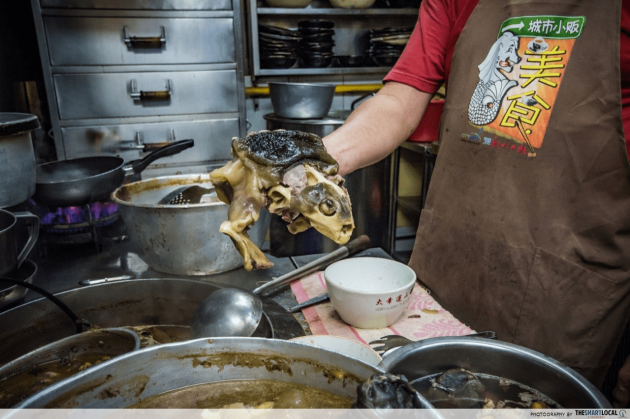 When the smiley owner of The Very Lucky Turtle Soup proudly held up this not-so-lucky turtle, I knew this was the real deal. 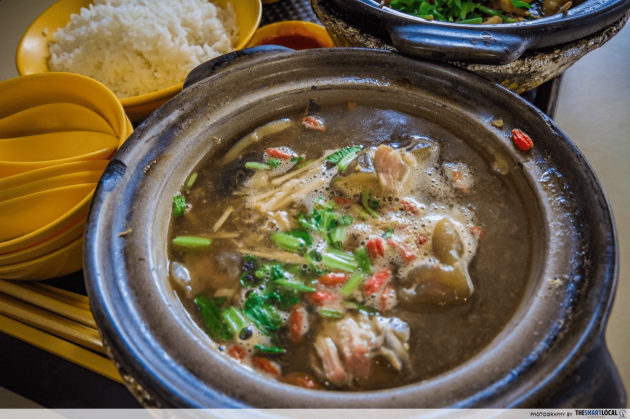 As I’ve never tried turtle soup before, I wasn’t sure what to expect. Eventually, I mustered the courage to place the suspiciously average-looking meat into my mouth and found it tasted just like pork! However, the meat was tough and stringy, so it took a lot of chewing to get it down. Since it tasted like overdone pork to me, I’d give it a miss. 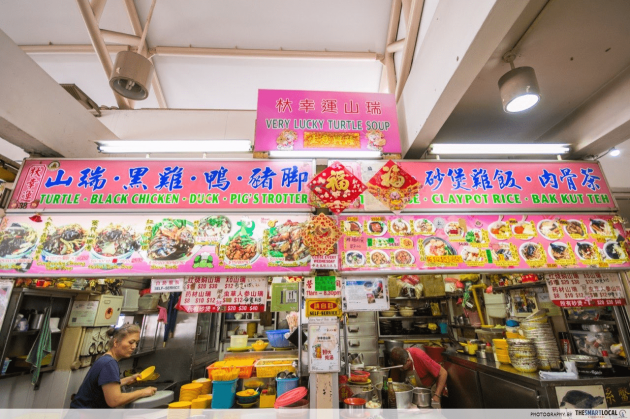 On the other hand, the soup was incredible – perhaps the turtle meat was so tough because it sacrificed all of its juices into making the soup.  While the broth was sweet, it maintained an addictive savoury taste. I had yam rice to go with the whole ensemble, which was a fresh change from the usual white rice. 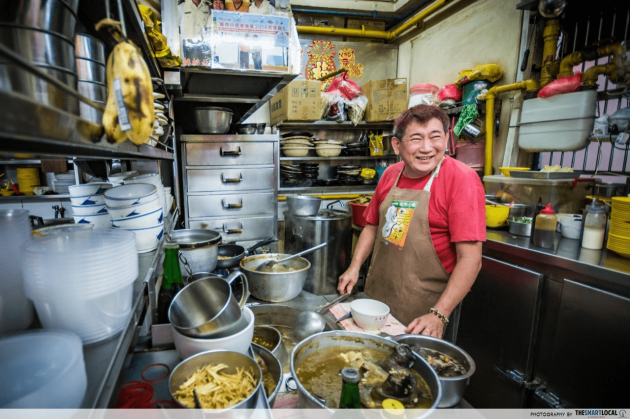 Pop by this stall located on the second floor of Berseh Food Centre for flavourful soup and lots of smiles to go around. 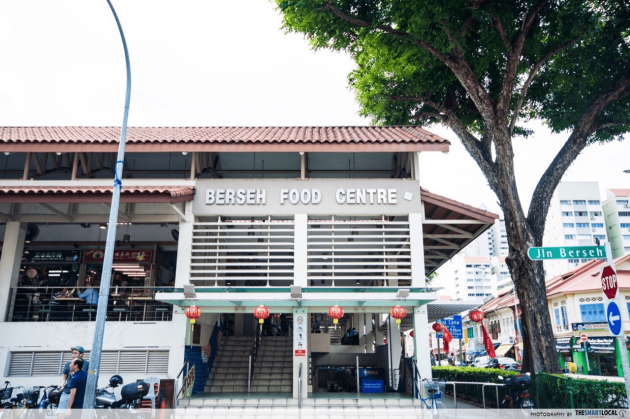 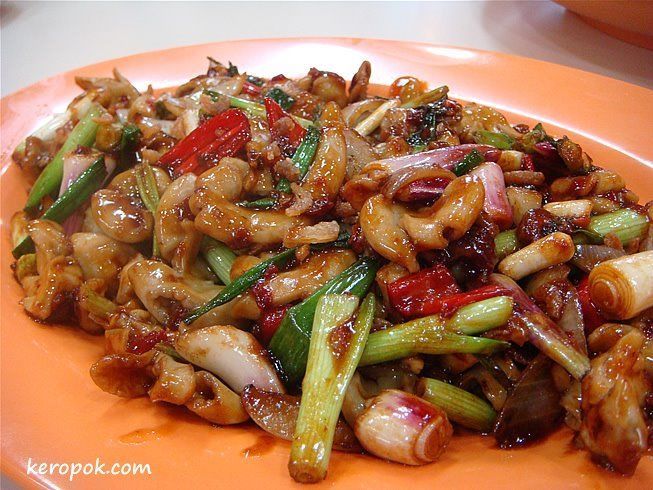 Most people would agree that you can’t go wrong with fried food, but mention fried fallopian tubes from a pig and you’ll get a different reaction. These innards are chopped up and fried with kung pao sauce, sambal chilli and veg.

While eating a fallopian tube doesn’t sound too appetising, it’s pretty tasteless. The kung pao sauce completely flavours it, so the only things you’re getting from the tubes are their springy and crunchy texture. As rumours have it, people say that eating these will help women become more fertile, and make your skin become smoother and more radiant. 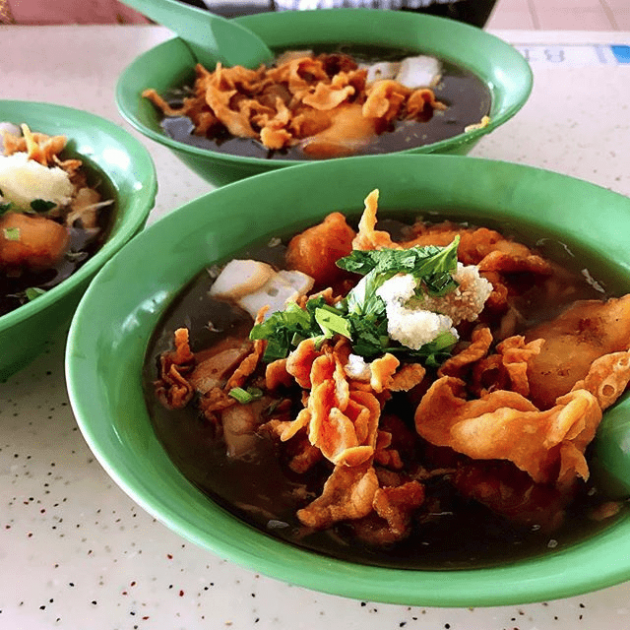 Although devoid of the usual braised egg or ngoh hiang, this dish is certainly worth trying. The shark meat is flavourful and moist, and some say it tastes like barramundi. So for those who want to try some unconventional food but don’t wish to venture as far as brains or tongue, this one’s a good pick. 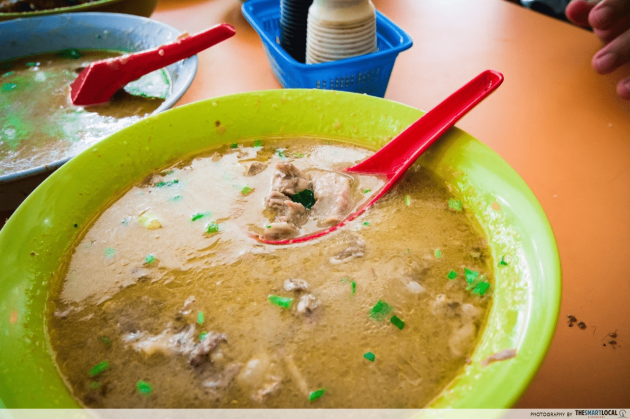 I’m not sure what I was expecting when I put the lamb’s tongue in my mouth, but I felt like I was like making out with a dead lamb – except a second later I would bite through it into its soft insides. While the tongue’s meat was very soft on the whole, there were unexplainable gritty bits here and there – tastebuds, perhaps?

This dish is from the same stall as the lamb’s brain, so the soup is the same too. Again, the broth acted as a flavour-enhancer to the meat – although I didn’t enjoy this much compared to the brain. 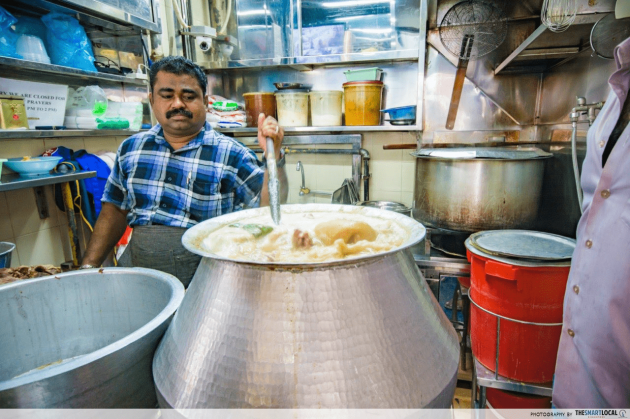 After trying out the turtle soup from The Very Lucky Turtle Soup, we moved onto the next dish: Crocodile Tail Stew, which was branded as a “Must Try.” On first impression, it did look pretty good with its thick gravy and generous serving of coriander. 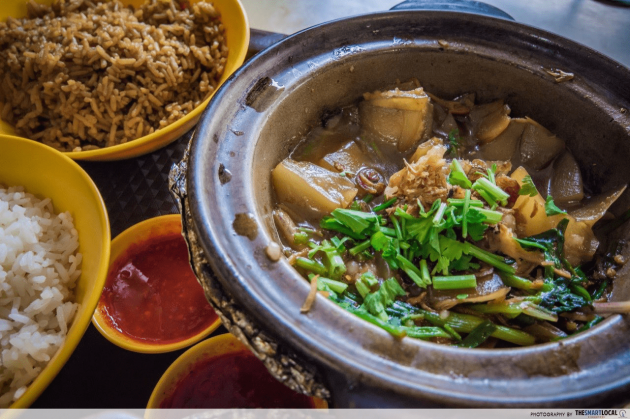 On a high from the turtle soup, I hurriedly scoffed down the whole crocodile without hesitation. But unfortunately, the texture of the meat was too slimy for my taste. It felt like I was eating a large chunk of animal fat. 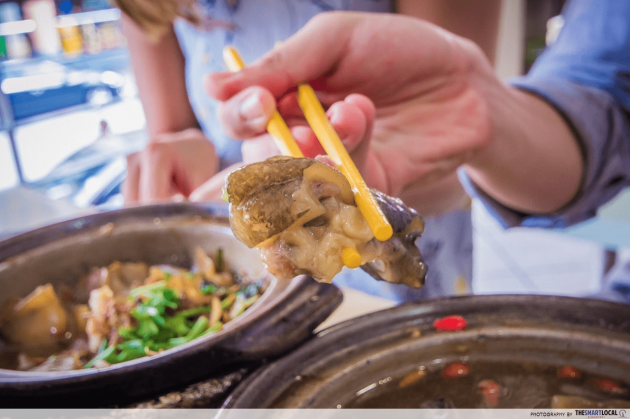 That being said, I enjoyed the thick stew that was bursting with meaty flavour – it went really well with the rice that we had ordered separately. 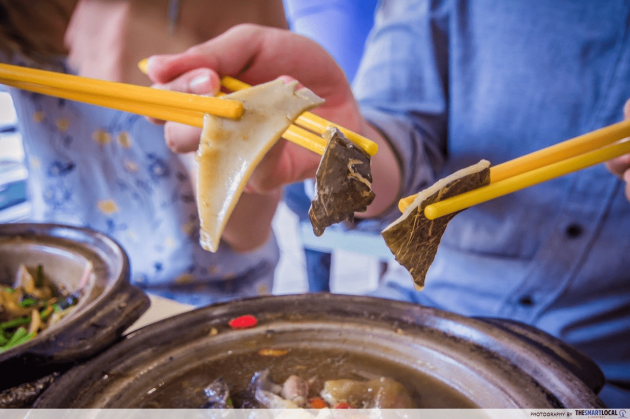 Admittedly, eating these will take a strong mindset and probably an even stronger stomach. I’m usually not the type to falter when challenged with an unusual dish, but some of these were slightly stomach-churning.

We’d love to hear about what kind of weird foods you’ve eaten, and how your experiences were like – feel free to comment below and let us know! For now, I’ll be going back to my favourite but ordinary Chicken Rice.