Hokkaido – Beauty on a budget Jetting off to Japan is notoriously pricey. Even if you’re the travel-savvy sort that knows just when to pick the cheapest flight, that first hit to your wallet can leave you wary of exhorbitantly priced attractions.

But why wince at hefty theme park admissions when all of nature’s wonders beckon? Up north, Hokkaido’s sweeping landscapes remain open to you – all for $10 or less.

So take a break from skyscrapers and feast your eyes upon endless flower fields, larger-than-life ice sculptures and shimmering blue waters. With recommendations from NHK World TV’s travel program Journeys in Japan, we uncovered these 7 gorgeous spots in Japan that will have you wondering: is this the real life, is this just fantasy? Along the highway from Asahikawa to Obihiro, you’ll pass not 1, but 8 lush gardens, earning the route the deserving moniker of “Hokkaido Garden Path”. And the most charming of ‘em all would be Ueno Farm.

The farm originally sold rice, but we’re sure glad it has diversified – today, lounge around in a traditional English-style garden filled with poppies, camomile and other flowers. Little thatched houses, cafes and weekend markets further add to the area’s magic. 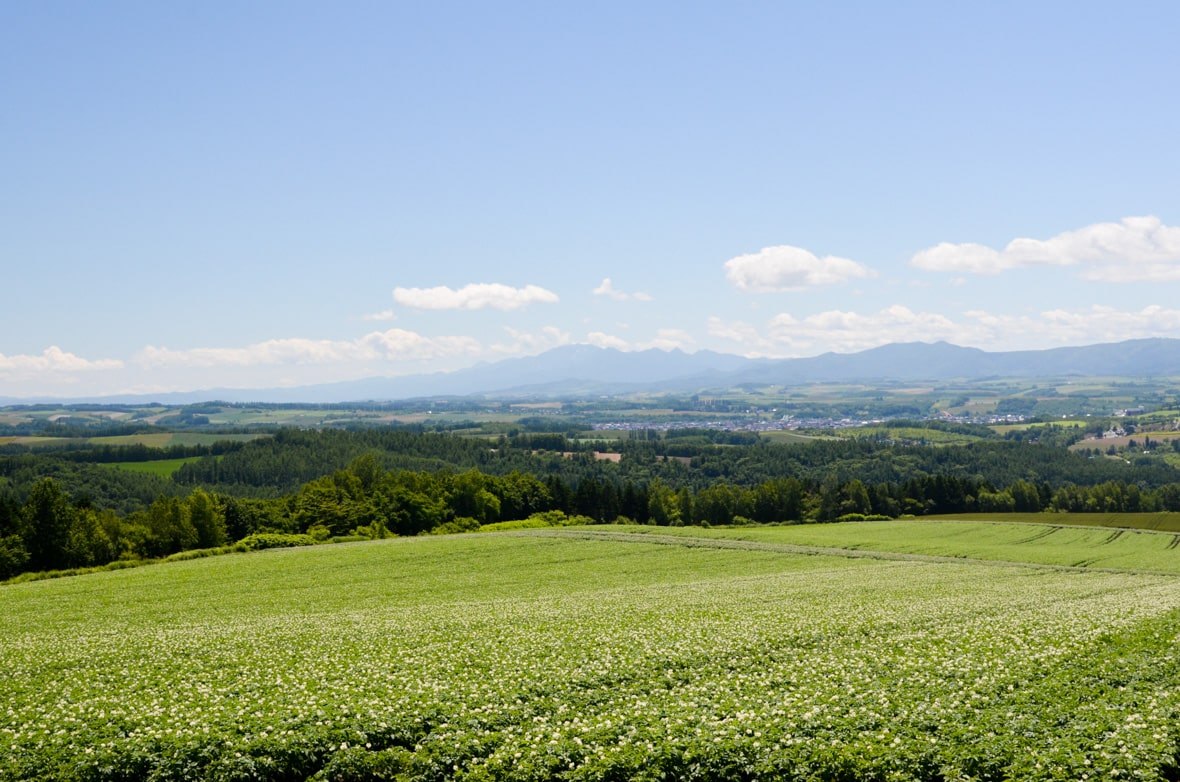 Tip: Head to the top of Shatekiyama hill to take a pic of the lush fields below. Source: Good!Hokkaido!

If you don’t mind a photobomber in your shots, head to the Gnome’s Garden. These little stone men will add a quirky touch to your photos and transport you to a whole new world. 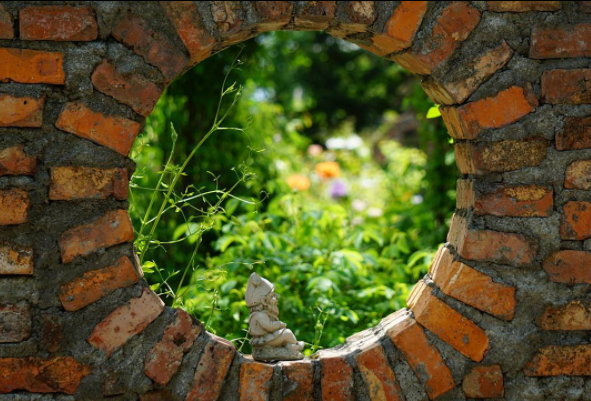 Opening Hours: 10am – 5pm (Closed on Mondays), Garden is open from April – Oct

How to get there: 15-minute drive from Asahiyama Zoo 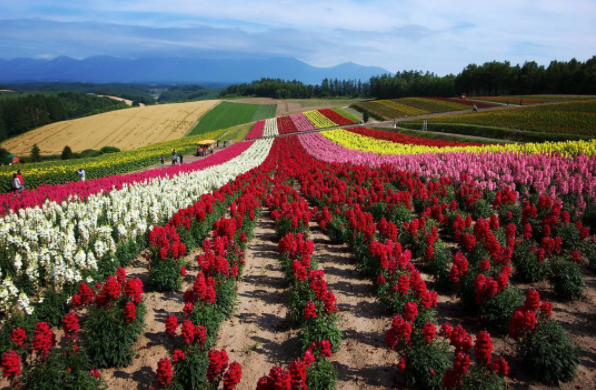 The OCD among us will be thrilled with this garden – vivid blooms are laid out in neat rows, forming a colour-blocked carpet across the landscape.

The fields hold over 30 varieties of flowers, such as peonies, lupines and even sunflowers.

And if the flowers don’t win you over, adorable alpacas will. An alpaca ranch is set right in the garden, so feed them and watch them munch happily on leaves – ah, one of life’s little joys. 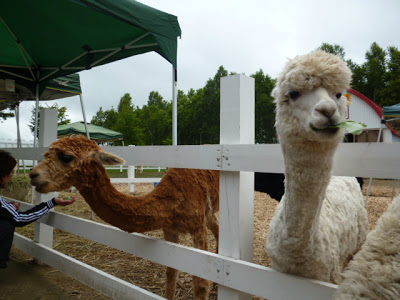 How to get there: 25-minute walk from Bibaushi station, 12-minute taxi from Biei station This beautiful garden has a stirring story behind it: Grandma Akiyo Shichiku suffered depression after her husband passed and started growing blooms to seek solace. We can see why this lifted her spirits. Shichiku Garden boasts acres of vivid flowers – all grown naturally without watering in the last few years. 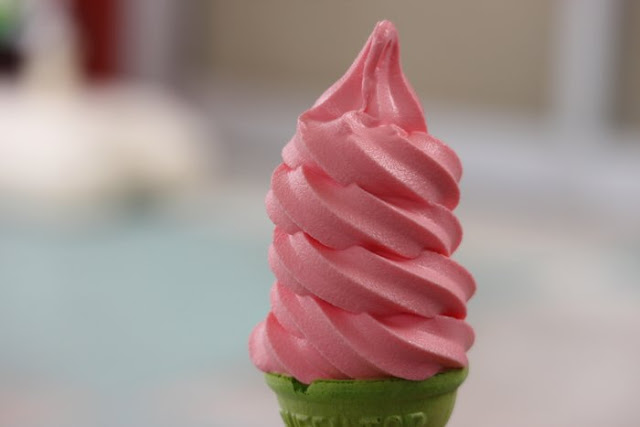 There’s even an accompanying cafe – which serves up what Hokkaido does best: soft serves.

How to get there: 28 minutes from Obhiro Airport by car Nail that symmetrical shot at the northernmost point of Japan. Source: @10obata

Also known as the “Ireland of Japan”, Cape Soya’s landscape is very different from the rest of Japan with annual temperatures of only 7 degrees Celsius. Brrr.

It’s cold because it lies at the tip of Hokkaido – there’s even a monument to mark the northernmost point. Once you’ve ticked that off the list, peer out at rolling knolls and majestic hills reminiscent of Ireland’s wild beauty. You might spot wildlife such as the Ezo Deer, and if you want to get hands-on, try fishing at the Sarufutsu river. Just remember to release the fish that you caught during Spring, which is spawning season.

One of Japan’s largest and most popular festivals, Sapporo Snow Festival is your chance to pose with imposing monuments – made from tonnes of snow. The sculptures are dotted all over the city, but if you want to steer away from leg burn, focus on three main sites: Susukino, Tsudome and Odori Park. Admission is mostly free, too. The city’s awash with other ice-and-snow related activities to get warmed up for: an ice rink, ski jump display run, snow playground and snow sculpture contests have made an appearance at the festival’s past editions. 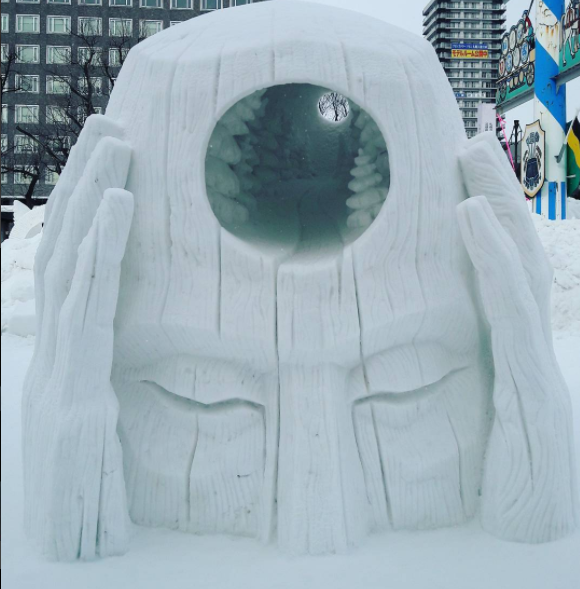 Otaru is also known as the “Wall Street of the North” since it used to be at the centre of Hokkaido’s shipping and commercial industries. But when the winter festival descends upon the city in February, it’s a far cry from haggard bankers pounding grey pavements. For ten days, illuminated ice lanterns are placed along the canal that runs through the city. Sail along on a boat, as you take in scenes that would look right at home in Hans Christian Andersen’s The Little Match Girl.

How to get there: 10-minute walk from Otaru Station 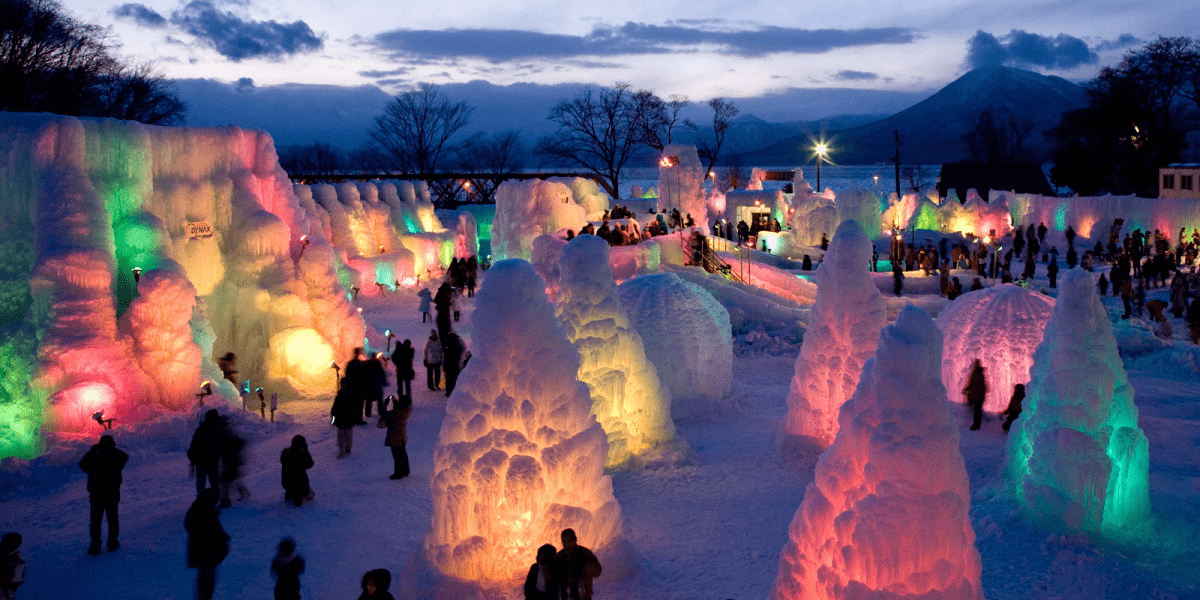 Frozen ice is the best canvas here. In February, clear water from Lake Shikotsu is frozen and crafted into spectacular ice structures for the Lake Shikotsu Ice Festival. A month later of round-the-clock work, the result is a surreal wonderland straight out of a fairytale.

On other months, Lake Shikotsu still holds allure – it’s a caldera lake, which is formed by the collapse of a volcano. So, look up and marvel at those grand volcanic peaks. And if you take a kayak along the calm lake surface, peer down – the water is so clear you can see almost 10 metres below! How to get there: 40 minutes from Shin-Chitose airport by car, 1 hour bus from Shi-Chitose Kuukou (Airport) station When describing epic nature scenes, “blue waters” is a term often invoked. Seasoned travellers would claim that’s an exaggeration, at least till they glide into this cave in Otaru.

Even without the aid of Photoshop, the waters surrounding this cave are true blue – or more accurately, aquamarine. Fine, this is not exactly cheap, but the unbelievable views make it well worth the splurge after saving up all your yen. There’re many ways to explore the area too, so you can find one that fits your budget: rafting, kayaking, or even in a glass boat for a clear view of the ocean floor. 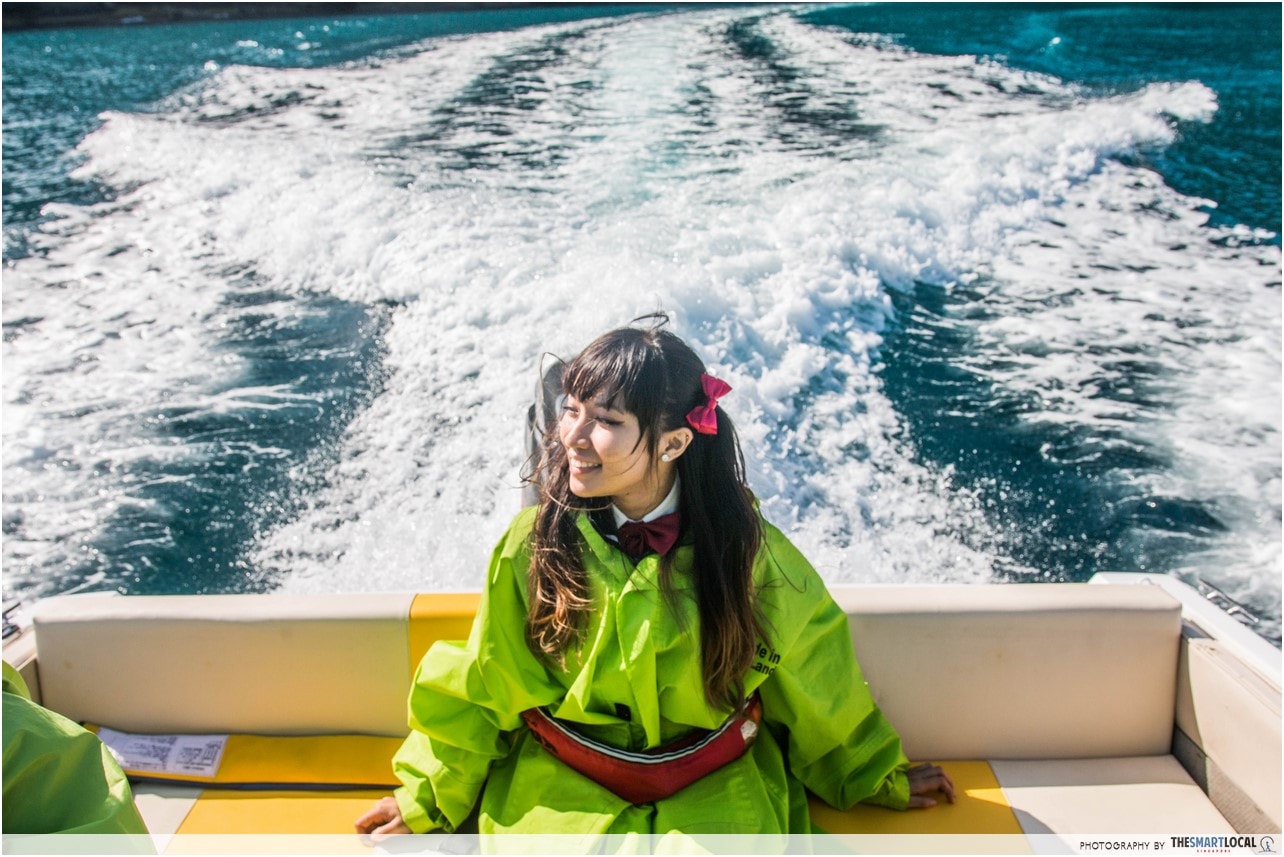 How to get there: 10-minute walk from Otaru Station

A journey to Hokkaido – right in Singapore After taking a look at these unbelievable spots, your latent wanderlust might be sparked and have you itching to book the next flight out to Hokkaido. But any trip’s better with a bit of planning – and some insider tips of those who’ve walked the snowy path before you. 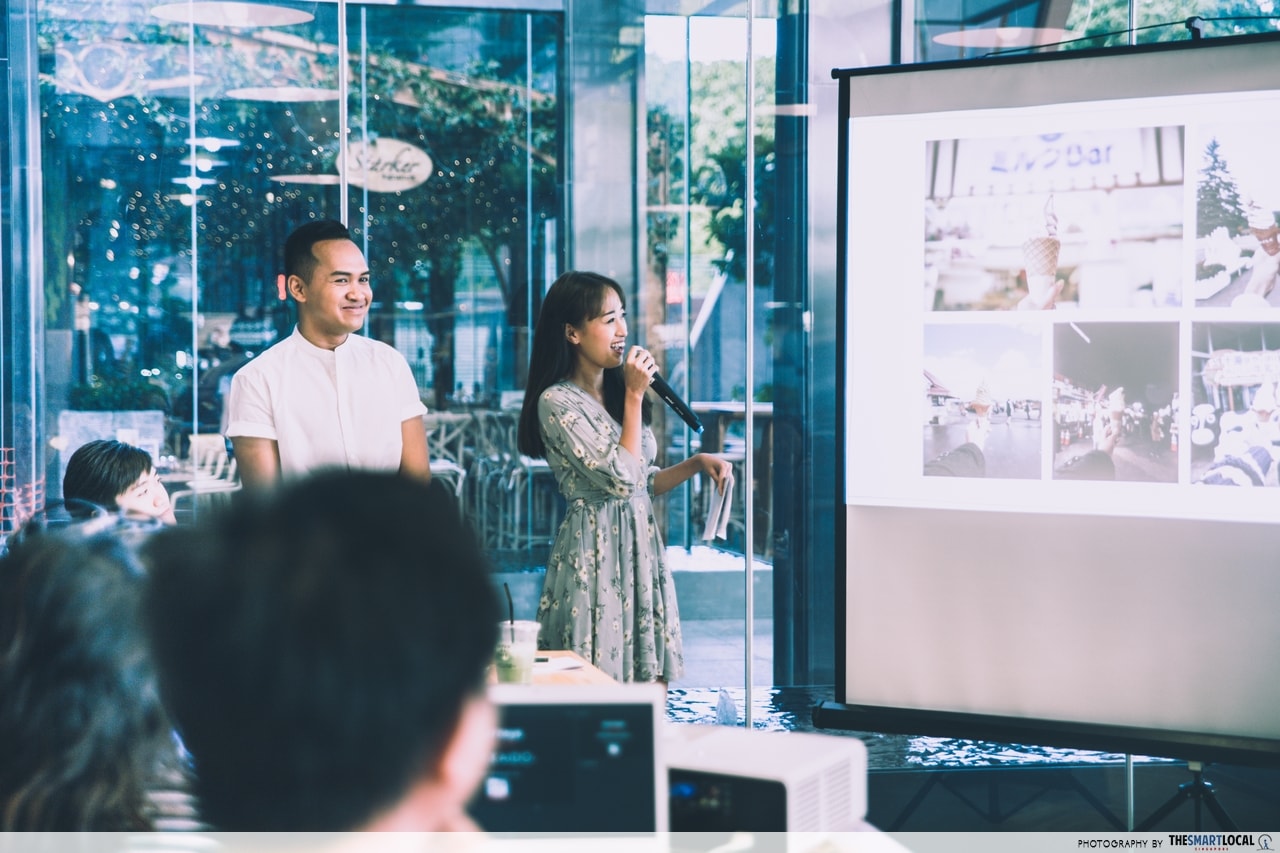 To that end, The Smart Local’s Audrey Faith and Fauzi Aziz held an exclusive meet-and-greet with fans, spilling tips on what to in Hokkaido at an NHK WORLD TV event. 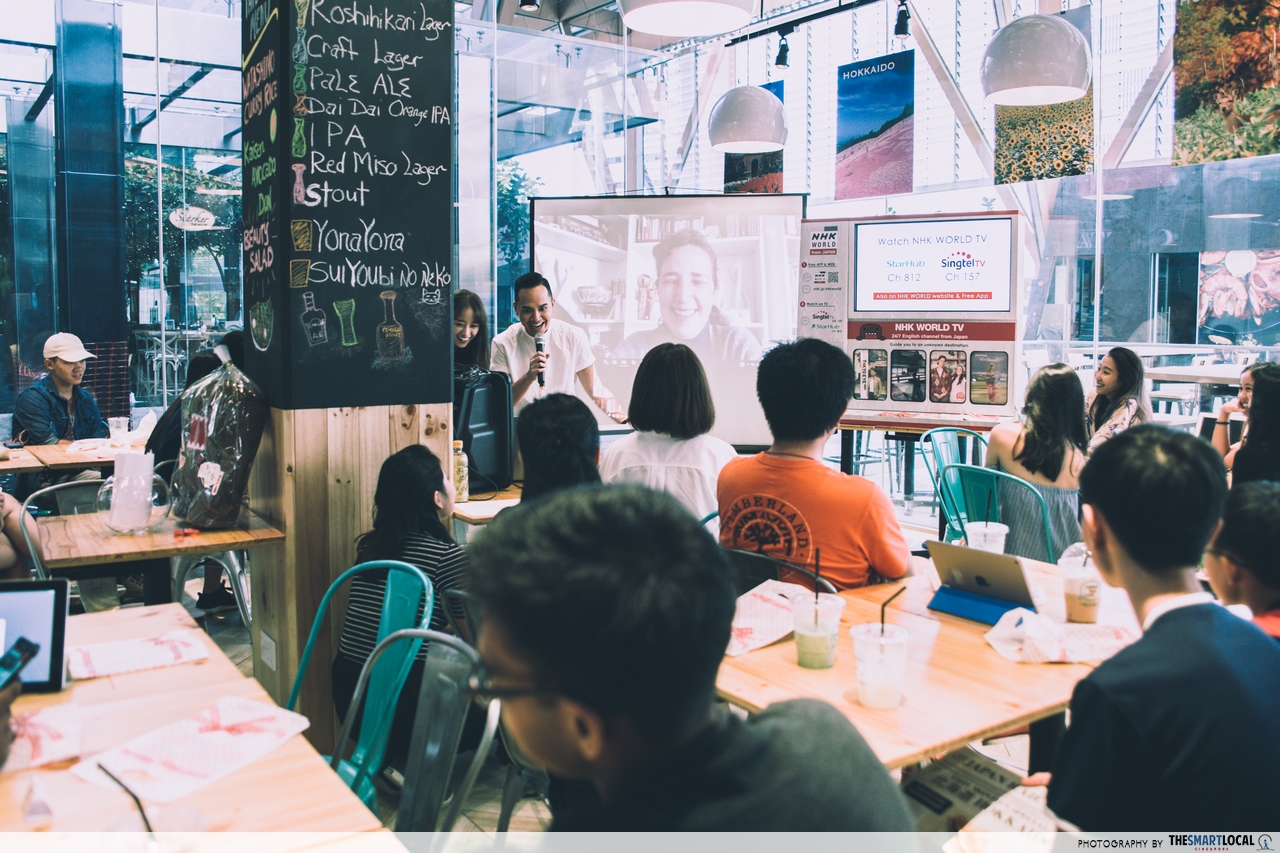 Ice sculptor Kate Thompson, the host of “Journeys in Japan”, made a brief Skype appearance. We can’t wait to make our own way to Japan! 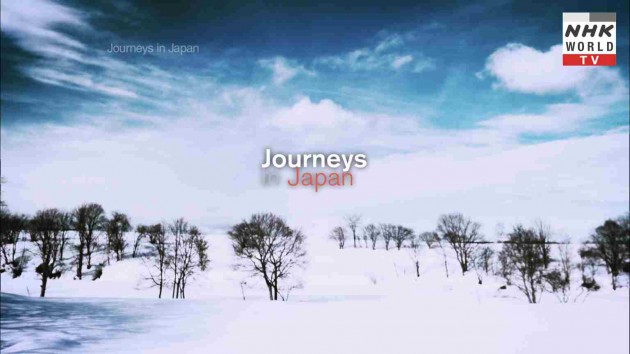 NHK WORLD TV is a free-to-air* news and lifestyle channel broadcast 24/7 in English from Japan, so you can indulge in your Jap-trip fantasies simply by flicking on the television. Start with Journeys In Japan, a popular travel program where hosts explore local culture and offer off-the-beaten-track tips.

Tip: If you like Journeys in Japan, catch J-Trip Plan, Wild Hokkaido and other travel programs  on NHK WORLD TV (Available on Starhub Channel 812, Singtel Channel 157 and the NHK WORLD Free App). Hop on to the website for the full list of programmes and more useful travel tips!

Find out more about travelling in Japan on NHK WORLD TV!

This post is brought to you by NHK WORLD TV.

12 Alternative Cinemas In Singapore When Every Cineplex In Town Is Packed On Weekends
7 Things To Expect At NDP 2017 - Including Giveaway Of 3 Pairs Of Preview...