Travelling with ease in India 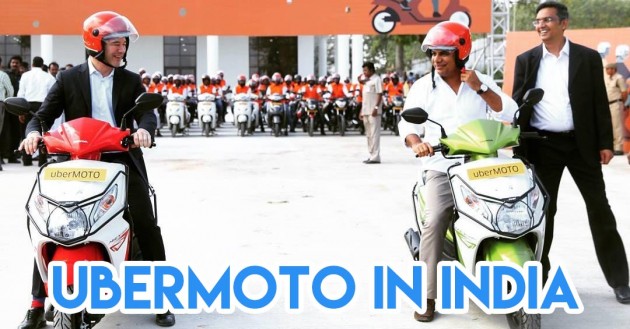 India is the kind of country you visit if you want to call yourself a real traveller and not a mere tourist – experiencing the vibrant day-to-day sights on the streets and spectacular architecture as a foreigner, yet interacting with locals as if you’re one of them.

First-time visitors might find themselves lost – I was quite lost on my first day too – but if you were thinking of going all “Eat, Pray, Love”, think again. Because no amount of eating, praying or loving will have you immersed in what India truly can offer.

From small scam incidents and getting lost because Google Maps failed me, I’ve learnt from such experiences and crafted my own cheat sheet to work around the system – with some improvisation along the way.

1. Travel from city to city at low prices on night buses

Flying from city to city in India can be expensive and travelling by train can be complicated, especially with confusing train timetables. The cheapest and easiest way for interstate travel? Night buses. 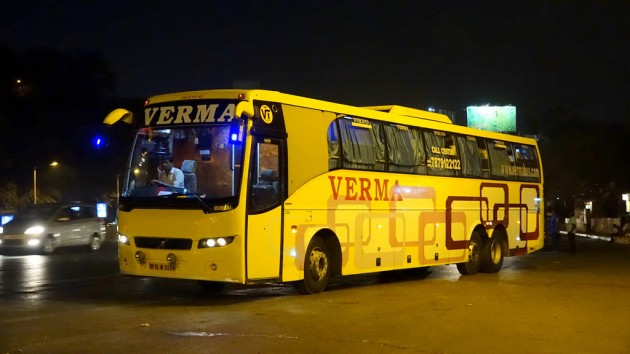 Not many tourists take this option so you might get fascinated stares the moment you step on board. You can go full local mode with the basic non-air conditioned buses, which only have panels for the top bunks. Book your ride a few days before your intended travel date if you want to chope the privacy of the second level – ‘cause it’s first come, first served.

If you’re willing to pay more, opt for the air conditioned sleeper buses complete with panels and curtains you can draw on both floors. But don’t be shocked if you see someone else sleeping in your pod when you arrive – just get the conductor to sort it out for you. 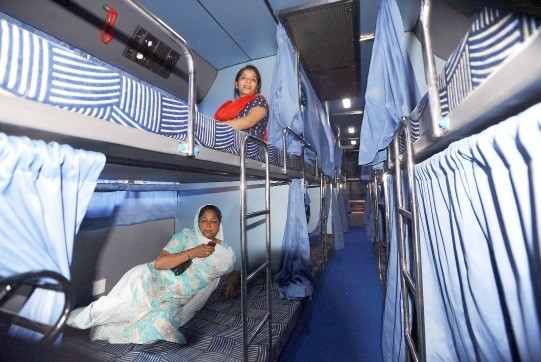 Note: Bus stops for night buses don’t exist, so you’ll get dropped off by a random road and will have to find your way from there.

2. Always buy bus and train tickets directly from the company 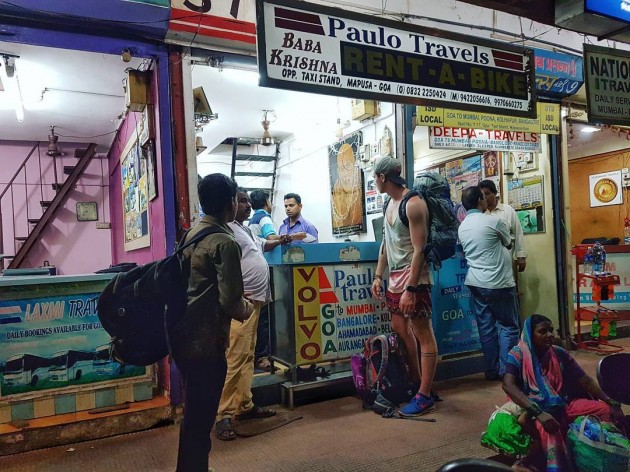 You’ll see agencies conveniently situated near tourist spots, where you can just walk in and purchase your bus or train tickets. However, these tickets are priced higher because of the third party handling fees. Head down directly to the bus or train companies to buy your tickets instead. It might take awhile to get past the language barrier, but you’ll be saving yourself some moolah.

3. Ride a rickshaw for the experience, not as a mode of transport

An India trip is not complete without weaving through snail-like traffic on a rickshaw as cars persistently horn. However, once is enough – a rickshaw journey might cause motion sickness to the more sensitive, and also opens many possibilities of getting scammed. 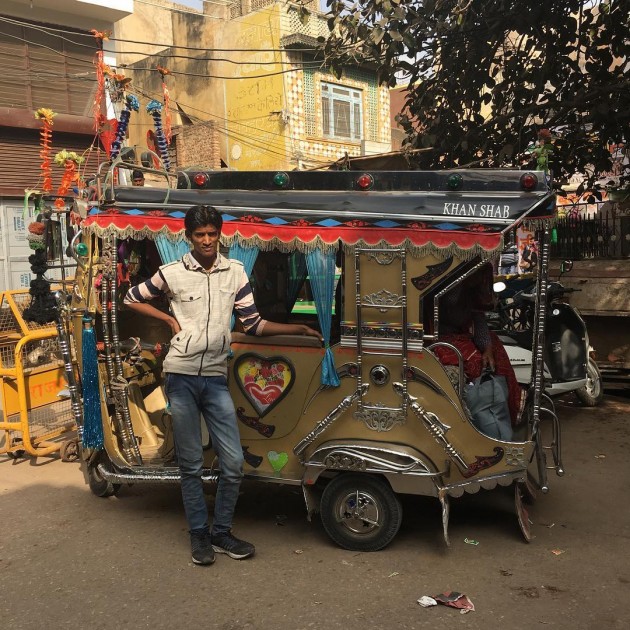 It might seem like you’re getting great personal service by having the same rickshaw driver at your beck and call for the entire day, but that “deal” is actually way overpriced. You might also discover that there’s a wide syndicate out to scam you – when the driver brings you to a friend of a friend of a friend just to persuade you to donate to an elephant charity.

If anything, go on a rickshaw ride just for the experience, not as a primary mode of transport. Which brings us to the next point.

4. Uber exists in India – for cars AND motorcycles 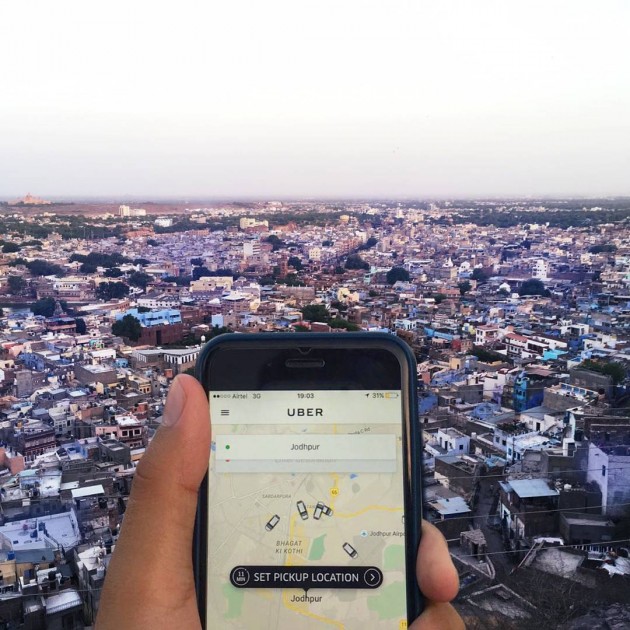 You’d be surprised to find that Uber provides services at cheaper rates even the rickshaws in India – for just about 4 dollars for a 30-minute journey. There is also UberGO, which provides services with cost-efficient cars at a base rate of only 5-10 cents. 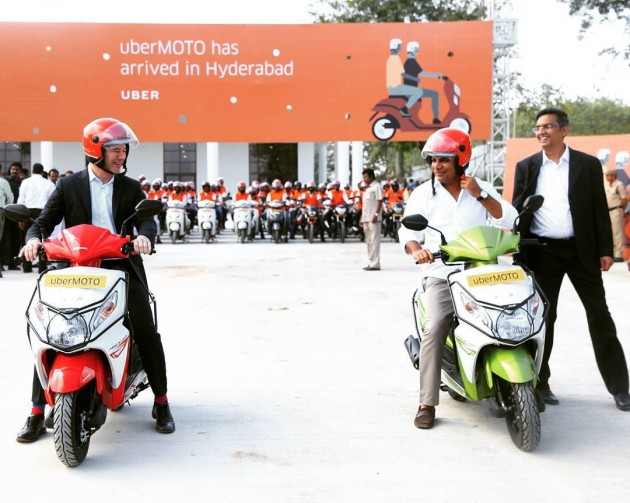 For the more adventurous, there’s the option of UberMOTO where you can whizz through traffic on the pillion of a motorcycle. This will come in especially handy for those places that aren’t accessible by car.

5. You can try the barter trading system at some supermarkets

It was a confusing yet pleasant surprise when the supermarket cashier handed over a bunch of sweets along with my groceries. It took a while to realise that he didn’t have enough small change to return me, and was using sweets to make up for it. He also threw in a carton of apple juice, worth much more than the change we were supposed to receive. 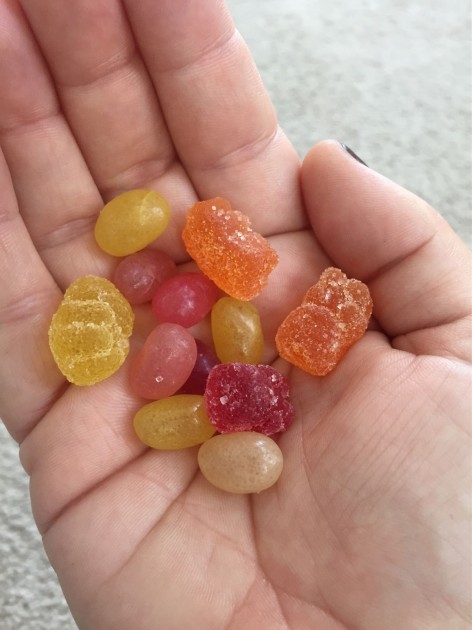 This happened in Vishal Mega Mart, Jaipur, but you never know – it might just be common practice across supermarkets and convenience stores in India.

6. Ask locals about general prices and become a master at bargaining

Price tags don’t normally exist in stores on the streets of India, so prices are just stated by the shopkeeper. Talk to the locals and ask about general prices of stuff before entering any store – the difference between original prices and “tourist prices” can be as vast as a thousand rupees. 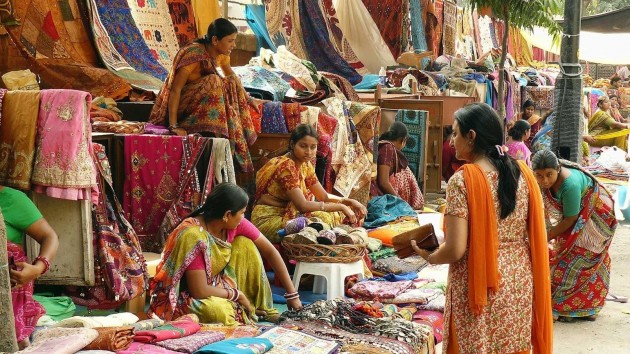 Start off with the buying-more-than-one-item card to pique the interest of shopkeepers. Next, use the pity vote of a broke student wanting to buy some souvenirs for your family back home. If that still doesn’t get to them, feign disinterest and walk away – they might slash prices even further to get you to turn back.

7. Stand your ground when random locals demand for money at temples or palaces 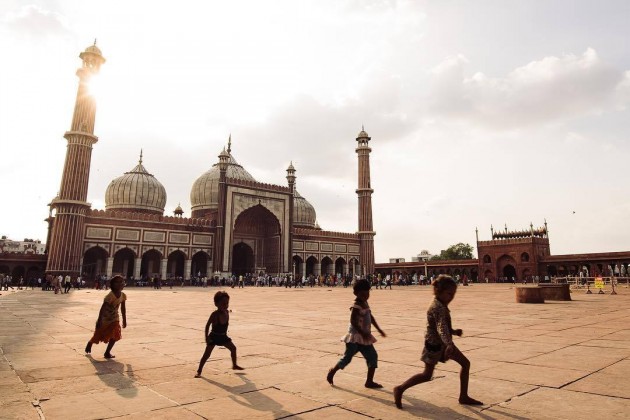 Be wary of people who approach you at temple or palace grounds demanding money for bringing in your camera – it’s a scam. Some might even go the extra mile of producing an “official” pass to instill some fear in you, but such people are just trying to take advantage of unsuspecting tourists.

You’d already have paid the necessary fees before entering, so just keep on insisting that you’ve done so and they’ll leave you alone.

India is one of the best places to take street photography because you get to capture perfect moments amidst the busy streets with a vibrant backdrop. But be careful when you take snaps of people. 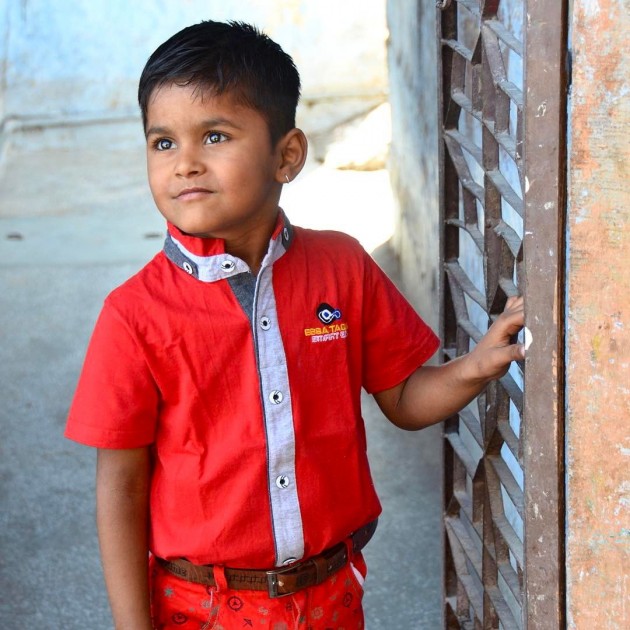 Most locals just want to see how they look like through the lens of your DSLR for a cheap thrill. But there are also those who’d ask for money in exchange for your snaps – except they’ll only demand for it after you’ve pressed your shutter.

Always check if photography is allowed, especially at certain religious sites, because you might anger the religious men residing there – especially at the monkey temple in Jaipur.

Confidence is key in India, so always act like you know where you’re going and don’t look like a lost lamb – even if you are lost. When you’re on the move, the locals are less likely to approach you to sell overpriced stuff, and you won’t have rickshaws swarming towards as you walk along the road.

10. Don’t use your left hand to eat or pass things around 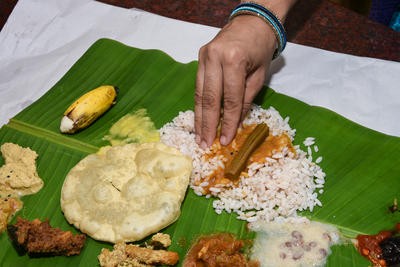 It’s perfectly fine if you want to breathe, talk, walk, and eat like the locals, but you’ve got to do it properly – so that you don’t offend anyone with your cultural misappropriation. 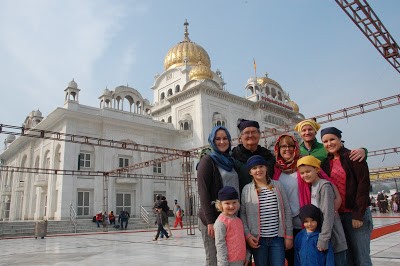 When visiting temples, always wear clothes that don’t reveal too much skin, and abide by the rules of taking off shoes. If you’re up for eating with your hands, use your right hand – the left hand is commonly used to clean up after yourself with after going to the toilet.

The scenery in India can get pretty romantic, but restrain yourself – public displays of affection are frowned upon there.

11. Getting a SIM card in India is easier than it seems

If you’ve been scared off from reading about the troublesome steps needed to get a SIM card in India, don’t fear – it’s actually pretty easy. 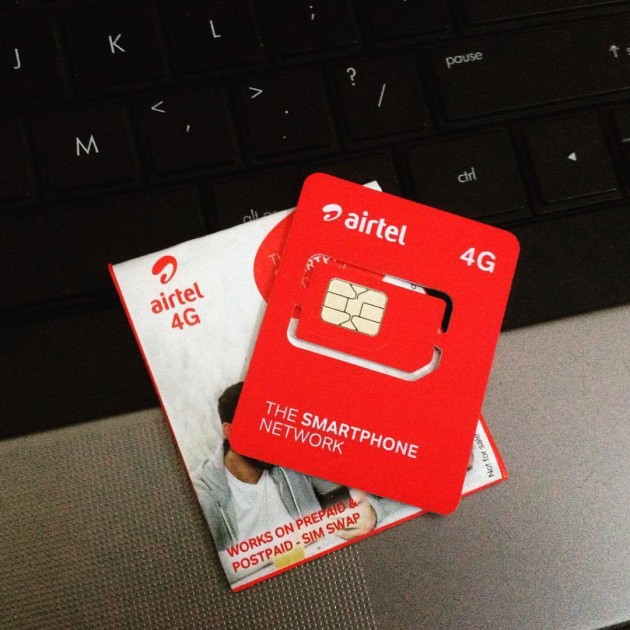 Head over to the nearest Airtel equipped with your passport, passport-sized photo, visa and a secondary contact number in India (preferably the person in charge of your accommodation). If you don’t have spare photos, there are usually passport photo-taking services nearby where you can get six photos for just two dollars.

It will take a while because of the long form that needs to be filled up but it’s worth the wait for data that is super essential in India, especially for getting around.

12. Enjoy traditional Indian cuisine from the comfort of your residence with FoodPanda 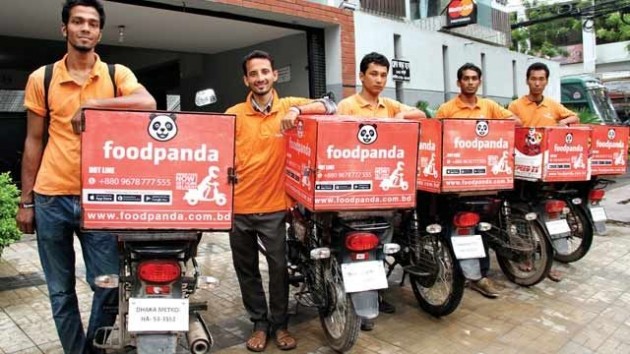 Travelling can get tiring, and sometimes, heading back to your hotel ASAP after a full day of activities is the top priority. If you find yourself spending too much time Googling for a dinner place when all you wanna do is relax – forget about it. Head back to the comfort of your hotel and use FoodPanda instead. 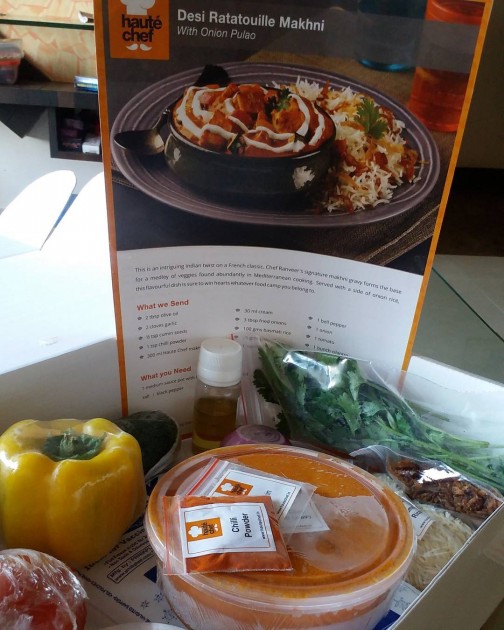 Many restaurants in India employ FoodPanda to deliver their freshly cooked food to customers anywhere. You don’t even have to worry about the curry spilling over as everything is well-packed before being delivered to your doorstep.

Tip: Always pick the cash on delivery option just in case your order “disappears” on its way

13. You can use your student card in India as well 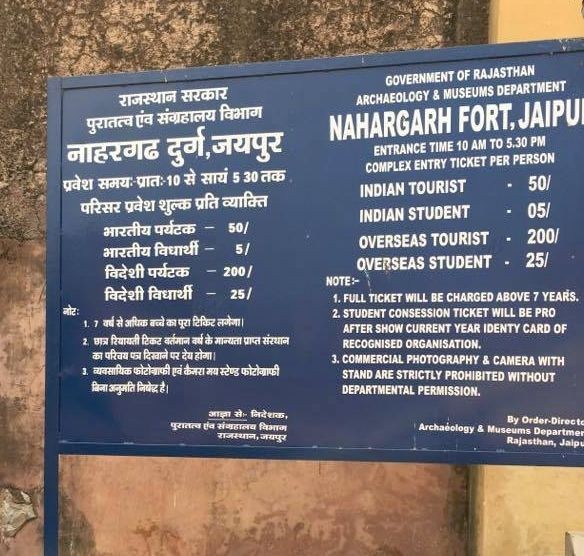 India is just as student-friendly as places like Europe. Most attractions have a student price, so all you need to do is show your student card when buying the tickets. Some places are stricter than others so you may not always get student discounts, but it’s still worth a try.

Going to India with little to no experience 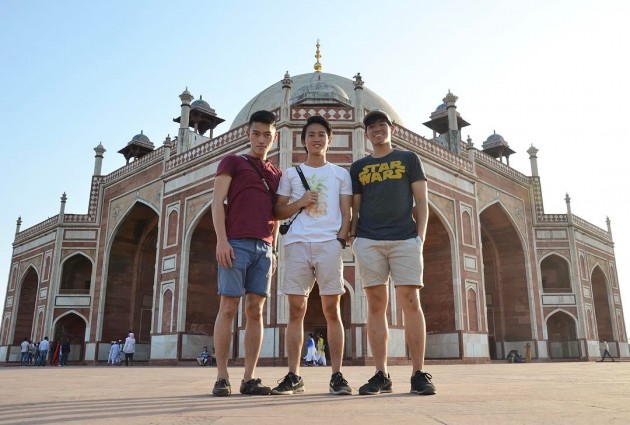 It doesn’t take a super experienced traveller to enjoy Incredible India. A colourful Indian experience can come with keeping these tips and tricks in mind wherever you go and doing what the locals do.

Be respectful of the culture so you don’t offend anyone, and heighten your spidey senses when walking through the streets and interacting with locals. As much as there are friendly folk around, there’s also bound to be some form of danger no matter where you go – not just in India – so pay attention to what goes on around you.

With this in mind, you’re all set for your first trip to India. If you have more hacks to share, let us know in the comments below! 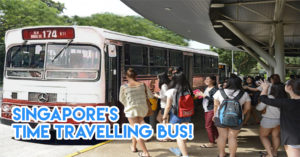