18 months ago, Singapore was hit with dim sum fever as Michelin-Starred restaurant Tim Ho Wan opened its first outlet at Plaza Singapura. I remember the madness of hundreds of people jumping on this dim sum bandwagon, congregating from all over Singapore to form 3 hour queues. I for one, was guilty.

18 months on, the queues at Tim Ho Wan have subsided. However, much of this can be attributed to the fact that Tim Ho Wan has now opened the doors to its FIFTH outlet, with the latest one being in Lavender Aperia.

Located centrally rather near Lavender MRT station, Lavender Aperia is a brand new shopping mall with Tim Ho Wan being one of the first tenants that have opened. It is mind-boggling to see Tim Ho Wan expand so quickly over such a short period of time. Clearly, they have been doing something right.

I have found the food at Tim Ho Wan to be of excellent quality ever since my first visit. With the opening of their new outlet, Tim Ho Wan has introduced three new dishes to its menu. 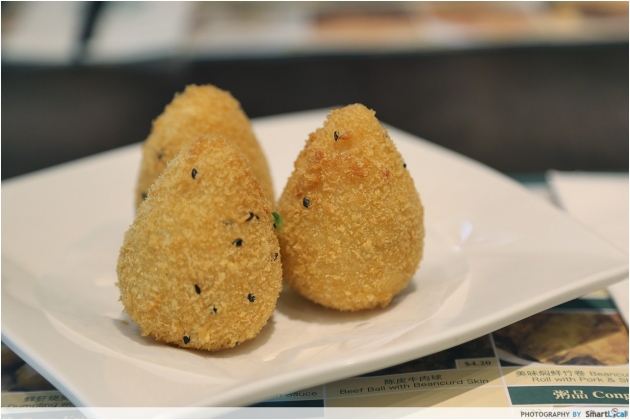 The first of these 3 new dishes was the Fried Potato Flour with Apple and Diced Chicken ($5). I have to admit that this wasn’t the best I’ve tried at Tim Ho Wan. It was a unique combination of an Apple Pie with Chicken Pie, and personally, I didn’t like the idea of mixing sweet with savoury. 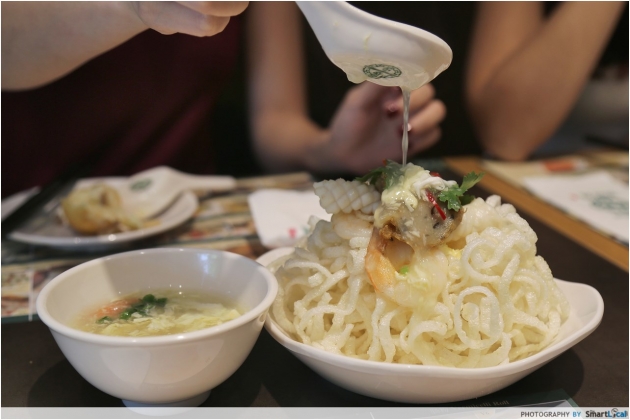 Next up was a Crispy Seafood Rice Hor Fun ($6.80). This was yet another different dish. The hor fun was crispy but not oily, and it was mixed with the thick gravy that you pour over which gives a very chewy texture. 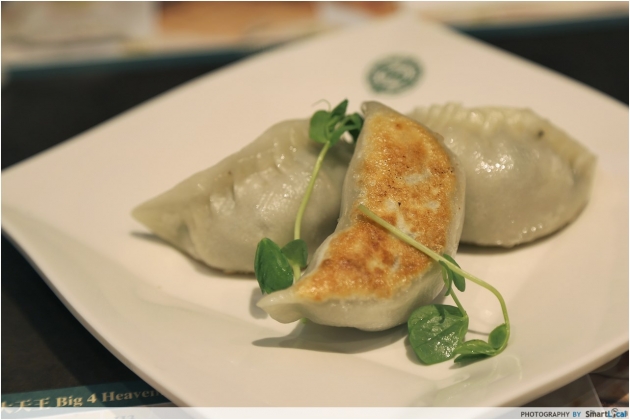 Last of the 3 new dishes was my favorite of the lot, the Pan Fried Dumplings with Leek ($4.50). Strongly similar to Japanese gyoza, the base of the dumplings were pan-fried crispy while the top skin was soft, thin and cooked to perfection.

The dumpling was filled with a generous amount of filling that was tender and tasty. Do try this with their Lea and Perrin dipping sauce to make it extra flavorful!

The Classics at Tim Ho Wan 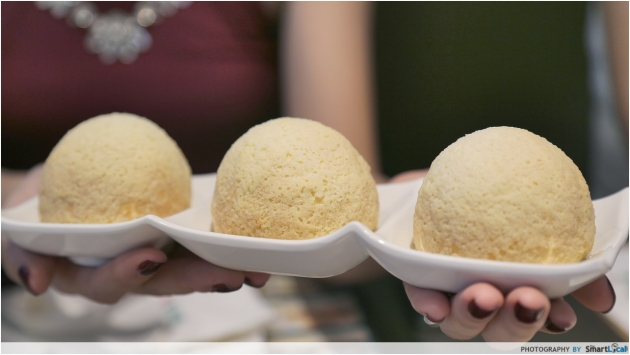 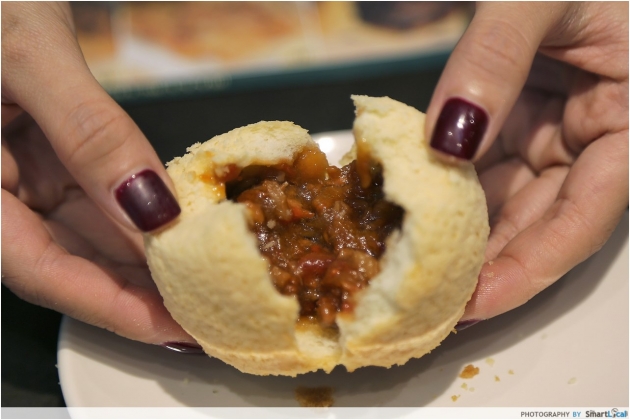 Of course, we also had to have the classics at Tim Ho Wan, like the MUST TRY Baked Bun with BBQ Pork ($4.50). This baked char siew bao is crispy on the outside and soft on the inside, filled with overflowing char siew that had just the right amounts of fat and lean meat. It is so popular that customers are only allowed to order one tray of three buns each! 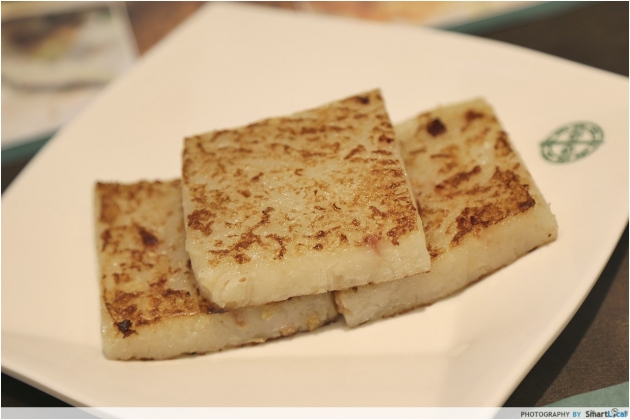 My all-time favorite at Tim Ho Wan is the Pan Fried Carrot Cake ($4.50) and I can easily have two plates of this on my own. Unlike other carrot cakes which are thick and super filling, the carrot cake here is literally strips of radish finely stuck together that is light and melts in your mouth. 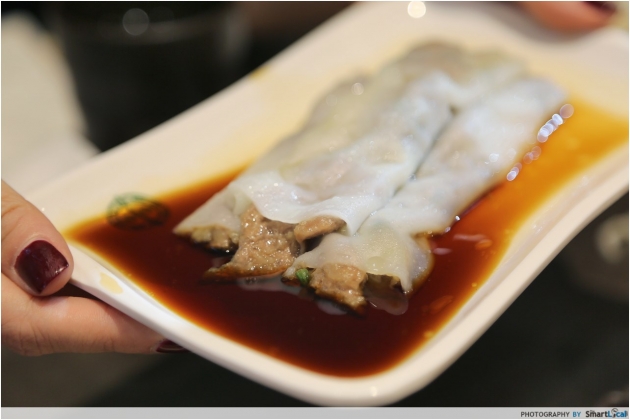 When you talk about dim sum, one dish that stands out is the rice roll, or colloquially known as chee cheong fun. While the Singapore version comes drenched with thick sweet sauce and chili at the side, the traditional Hong Kong cheong fun come with a light soy sauce that makes it much easier to eat and less filling. The Hong Kong cheong fun also comes with different fillings, such as char siew and prawns.

The speciality at Tim Ho Wan is the Vermicelli Roll with Pork Liver ($5.50), which has a largely acquired taste but still absolutely delightful. 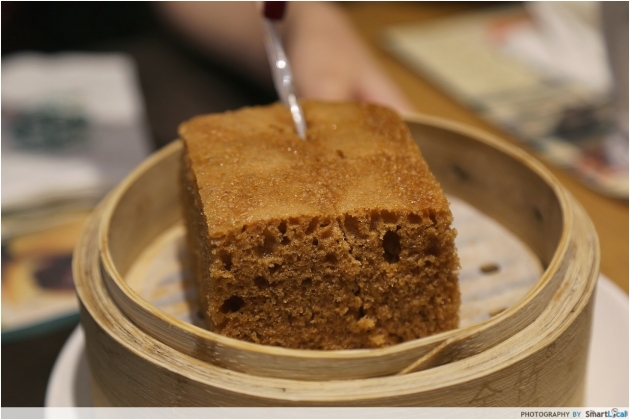 Completing the Big 4, or 四大天王 as they call it at Tim Ho Wan, is the Steamed Egg Cake ($3.80). Also known as 马来糕 or Malay Cake, the steamed cake is very soft, light and sweet, which makes an excellent dessert after a hearty meal. Must try! 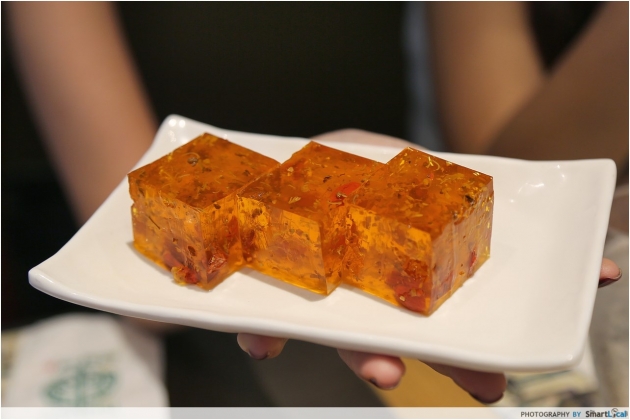 The desserts at Tim Ho Wan are also pretty decent. The sweet Osthmanthus jelly Cake ($3.50) is not something you can find everywhere, while the customer favorite Mango Pomelo Sago ($5) comes with a generous portion of mango chunks that is not too sweet.

I would highly recommend both these desserts – they are well worth the try. 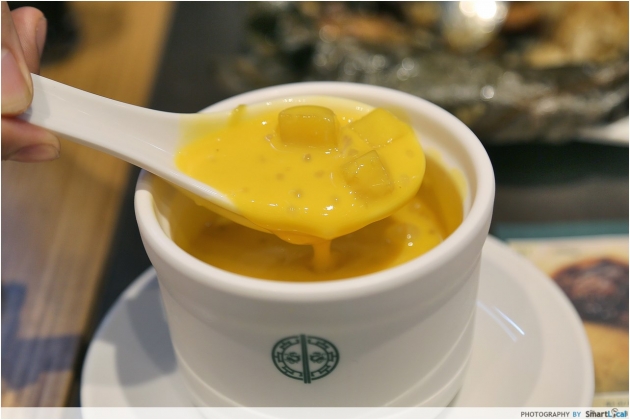 Overall, I was really satisfied with my umpteenth visit to Tim Ho Wan. Although the newly introduced dishes were a step away from the traditional dim sum that we usually have, it was something different.

The classic Tim Ho Wan dishes never disappoint though, so head down quick to Lavender Aperia to have some amazing dim sum, and beat the queue. They have only been open for 2 weeks now!

Getting to Tim Ho Wan Lavender 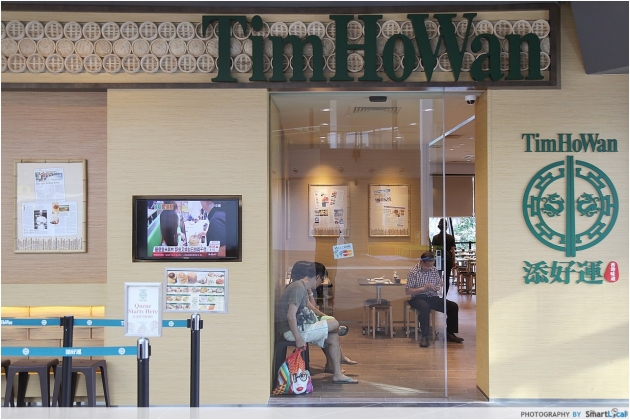 This post was brought to you by Tim Ho Wan. 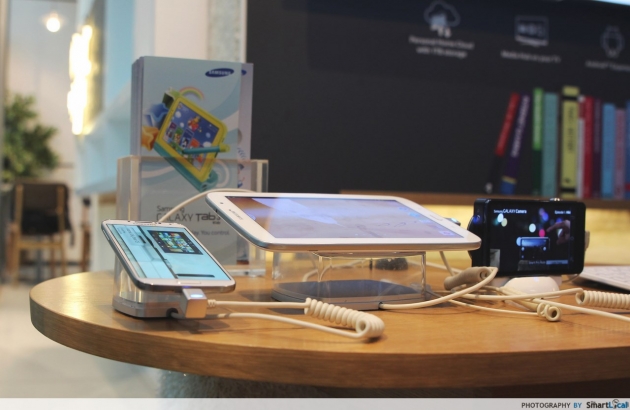 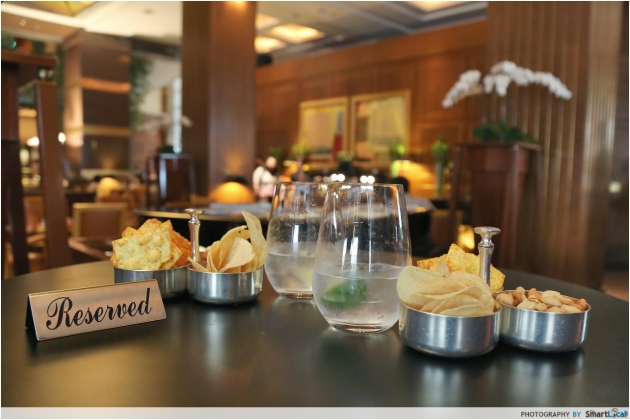