About The Song of India Since 2006, the award winning Song of India has been serving upmarket Indian cuisine from a bungalow on Scotts Road.

Yes, the Song of India is not your usual restaurant. First off, they are located within a classic monochrome heritage bungalow amongst beautiful landscaped greenery. Its excellently designed interior and exterior provides a luxurious ambience suitable for special occasions.

With their elaborately pieced set course menus paired with wine and finely plated dishes, you will be wowed by Chef Manjunath Mural’s unique modern interpretations of traditional Indian cuisine. Also read our interview with Chef Mural. The Food at Song of India

Like most Indian cuisine, the Song of India serves up vegetarian and non-vegetarian fare and they have a few variations of starters to cater to diner preferences. We tried their Cottage Cheese, Chicken and Fish Tikka and Broccoli. I’m not a great fan of cheese due to its strong dairy smell, however to my pleasant surprise, I really enjoyed Song Of India’s version which was infused with variations of herbs and spices making this starter really delicious and not cloying on the tongue. You may initially think the broccoli doesn’t deserve its space on the table but boy will you be wrong. The simpler the ingredient, the more skill required from the chef to turn it into something diners would want to keep on popping in their mouths. The broccoli pieces were soft and yet crisp at the same time. They were marinated with ginger, garlic, yellow chilli, nutmeg powder before being cooked in the tandoor.

Definitely, definitely do get their Blue Cheese Naan ($14) which came hot and fresh from the tandoor, encased within was hot, oozing melted cheese which was such a delight to have.

The standard Mango Lassi here is essentially Mango Purée blended with ice, cardamom powder, sugar and low fat yoghurt sans water. The lack of the later allows the smoothness and thickness of the drink to stand out.

Next up was the Tikka starter which had two choices of meat- fish and chicken. My preference lies more to the Chicken Tikka than the fish variation. The fish was essentially a dory but I felt it would be better if a different fish was used. However, this dish starred in the fact that the marinade wasn’t too strong or overwhelming which otherwise may have masked the taste buds for the upcoming mains. We had their Foie Gras too which is a pretty rare sighting for Indian cuisine. It didn’t have too much infusion of Indian spices and came coated with semolina giving it a nice crispy crust contrasting with its smooth and creamy texture. It was served with a sprout salad which served to cut through the oiliness from the goose liver.

You will also be pleased to learn another modern item on the menu is the Tandoori Lobster, prepared with a special marinade in the Tandoor which is one of Chef Mural’s favourites. 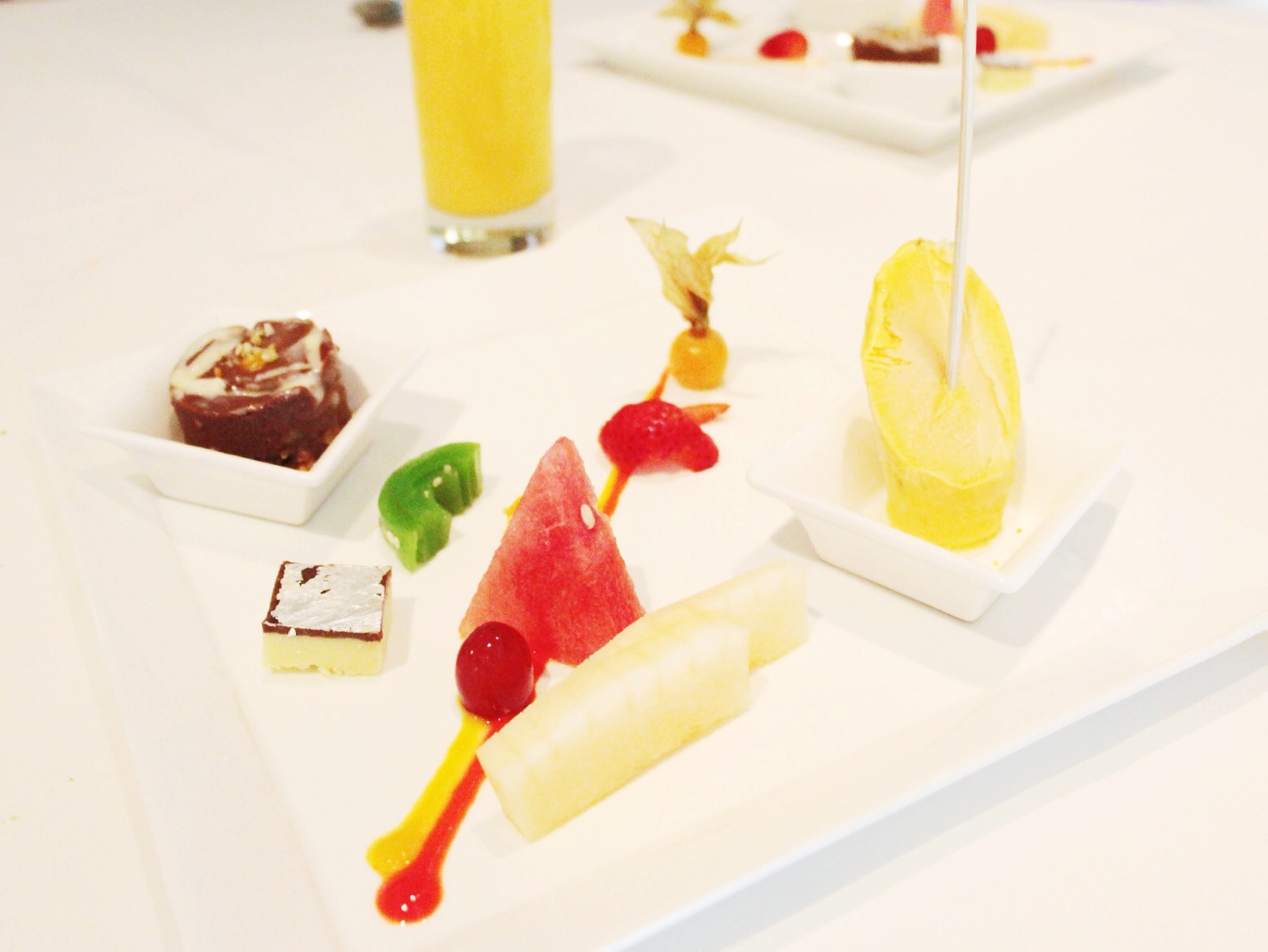 Finally, their platter of desserts consisted of their Homemade Mango Frosty, Choco Torte which was white chocolate infused and had a crunchy praline base, sliced fresh fruits complete with a touch of molecular jelly serving to amp up the aesthetics of the dish.

If you haven’t realised yet, Chef Mural is very inventive and passionate about his cooking.

The Song of India actually serves up buffets daily which are usually the choice of patrons during lunch time as they don’t have the luxury of time to enjoy a full course meal from the à la carte or set menu. Given that the prices on their à la carte menu can be pricey for some, it actually makes the buffet extremely reasonably priced.

We tried a variety of their buffet offerings which had a live-cooking station of Naans and a chef who would whip up Appams ala minute.

The set menus are common during dinners and their “Journey Through India” ($97) is the most popular. It is named such as the menu consists of the best dishes from the different parts of India, figuratively taking you through a culinary journey through India with each dish.

Overall, The Song of India served up one of the best Indian food I’ve ever had and what makes this place more special is their touches of molecular gastronomy and modern fusion to the dishes.

With the Chinese New Year and Valentine’s Day coming up, they may present a great alternative option to celebrate these festive occasions.

This Chinese New Year, Song of India will be introducing a refreshing new take towards our classic Yu Sheng dish by the unique infusion of Indian flavors. Their new ala-carte menu will also comprise of dishes like Tandoori Alaskan Crab, Cod Tikka, Prawn Biryani, Duck A La Tandoor and many more.

For Valentine’s Day, the ambience that radiates from the historic bungalow will set the mood for the perfect evening with your other half. The romantic candlelit dinner and sensuous 5 course menu comes complete with a full bottle of champagne. 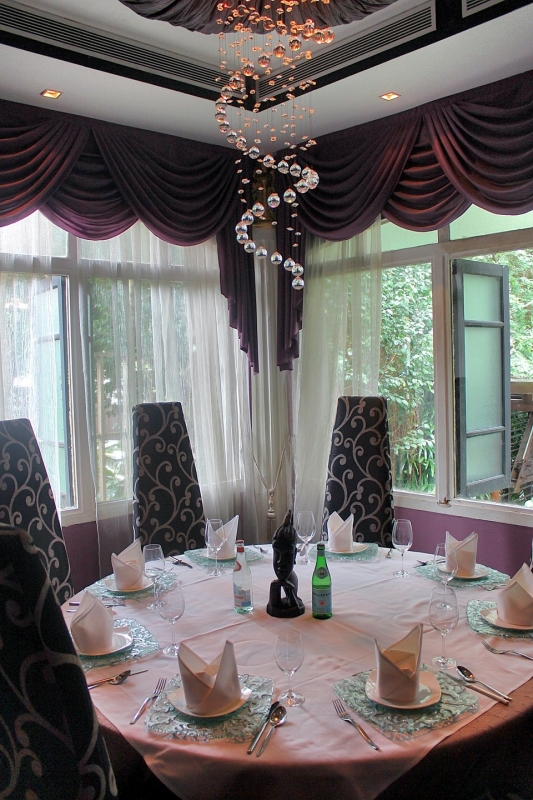 One of the two private rooms available for booking.

The Song Of India Address: