We’ve decided to expand our interview section here at the TheSmartLocal.com. Our goal is to give our readers insight into the lives of inspiring movers and shakers in Singapore. And to put the spotlight on areas where we feel more credit is deserved, like in the busy kitchens of the famous restaurants we know.

You may have seen our interview with Aaron Khoo (Djehuty) of Wah! Banana a while back. Next week, we take a look at Singapore tech company Viki which was recently acquired for a cool USD 200 million.

This week, we have a special interview with Chef Manjunath Mural, who heads The Song of India as Director of Cuisine and Operation. He was nominated multiple times for Asian Chef of the year and was awarded “Peoples Choice Award for Asian Chef of the Year 2012”. How many other chefs in Singapore can you say have their own wikipedia page and a facebook following of 10,000?

I can’t name any.

How Chef Mural got into Cooking

Chef Mural came from a family of doctors, so his choice of a culinary career didn’t exactly follow tradition. In fact, it happened entirely by accident! In his younger years, he was all set for a career in the hospitality industry. During one of his internships, a requirement for his training was the standard job rotation though the different hotel departments.

So it was by chance that he landed in a Thai kitchen in Mumbai for 6 months. And it was there where he discovered his passion for cooking. He later returned back to college and ended up getting 2nd in his college chef competition. He went on to represent his National Institute in competition where he fashioned his dishes out of the bands he like the “The Beatles” which the judges loved.

And that was how his culinary career began!

There are normal chefs in Singapore, then there are the “celeb chefs”. The Chefs who don’t stop improving once they find themselves at the head of the kitchen. These chefs typically write recipe books, teach classes and join competitions to push themselves beyond their limits. Another celeb Chef is Sam Leong who’s restaurant Forest we recently featured.

And you know what? Many of these dishes they create at competitions find their way into their restaurant menus too! Chef Mural’s favourite competition to take part in was Channel NewsAsia’s “A Perfect Meal” held in 2009. This competition featured 6 top chefs in Singapore – Yong Bing Ngen (Majestic/Jing), Paul Froggatt (Saint Pierre), Daniel Seah (The White Rabbit), Pang (Canelé Pâtisserie Chocolaterie), Haikal (Ember, Bangkok) and himself. 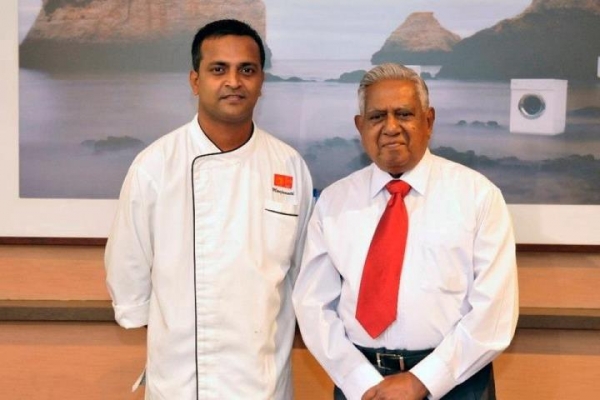 It had a really interesting concept – chefs were given a budget of $200 and just 3 hours to buy the groceries and then cook them with a pre-selected ingredient. So for example when he had to create a dessert out of the given ingredient “Durian”, he ended up making a Durian Pumpkin Soufflé with a low composition of Durian so the taste wouldn’t be that overwhelming. And it won the judges over. He ended up finishing 2nd in the competition.

You may have came across Indian Express in Singapore, but you probably just didn’t know it was under the Song of India Group. Their Indian express eateries are located at 38 Racecourse Road and in the food courts “Food Opera” (ION) and “Rasapura Masters” (MBS). While the Song of India is a fine dining restaurant, it was Chef Mural’s idea to have these establishments accessible to cater to more mainstream users.

As for Chef Mural’s plans, his next book would be geared towards cooking for housewives. His last book “5 ways of presentation” was written for young chefs in India and explored how Indian cuisine could be presented in a more modern style.

His favourite street food is the Chicken Rice at Maxwell Hawker Centre (Tian Tian / Ah Tai) and his favoruite restaurant is the Italian Senso Ristorante & Bar on 21 Club Street.

His favourite dishes on his Song of India menu is the Lucknavi Lamb Shank and Tandoori Lobster. He loves experimenting with new styles like molecular gastronomy in his cooking. For a more detailed review on Song of India, you can check out Averlynn’s Song of India review. 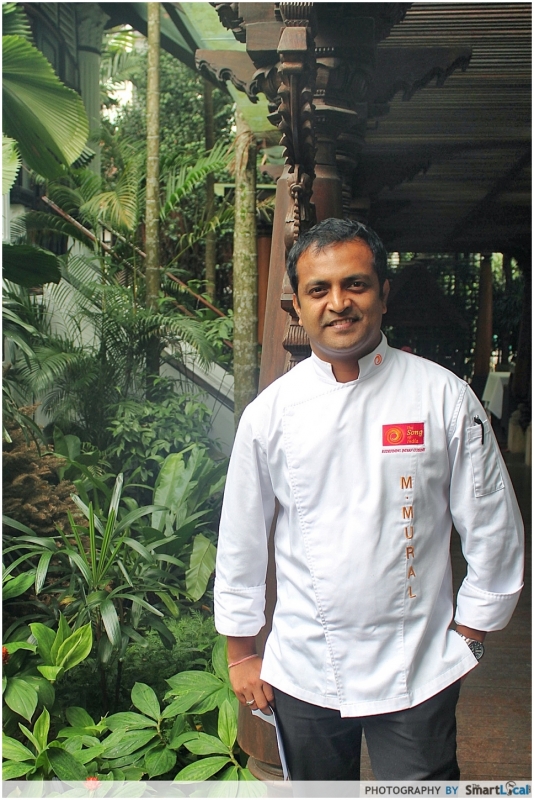