Mention Swensen’s and ice cream, burgers, fish & chips, and more ice-cream pops into our heads. If you didn’t already know, Swensen’s rolls out promotional menus from time to time to refresh and heighten diners’ experiences. Given how food-crazy Singaporeans are, it is impossible for restaurateurs to ignore Singaporeans’ increasing demands for the new trending dish – the Lobster Roll.

The Lobster Roll is the latest fad for many Singaporeans. You see pictures of the glorious Lobster Roll everywhere, from Instagram and Facebook feeds to blogs and newspapers.

Swensen’s latest offerings include The Boston Lobster Roll and Slipper Lobster Roll, better known as the Crayfish Roll. For those of you not eager to part with your hard-earned money for an overpriced lobster roll, Swensen’s might just be the place for you. 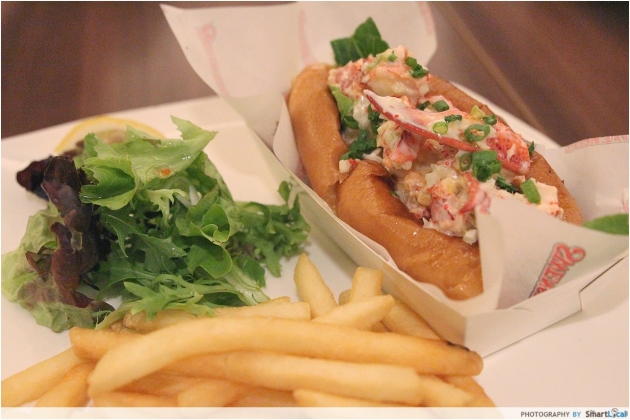 Morsels of succulent, sweet lobster flesh dressed in tangy honey lime sauce sit atop a buttery soft grilled bun came together like a dream. The Boston Lobster Roll ($21.80) is flavourful, fluffy on the outside, and crunchy on the inside – a perfect mix of flavours and textures.

I was told these crustaceans have been flown in specially from Boston and each roll contains flesh from a whole lobster! Now, that spells some serious effort on Swensen’s end to create that special experience for her diners. I swear I could wolf the bun down plain! This delectable creation is served with mesclun salad and Swensen’s signature U.S. fries.

The Boston Lobster Roll fills your tummy in a jiffy due to the richness of the bun. The portion is considerably huge, giving you more bang for your buck! I could do with less fries on the side, though. 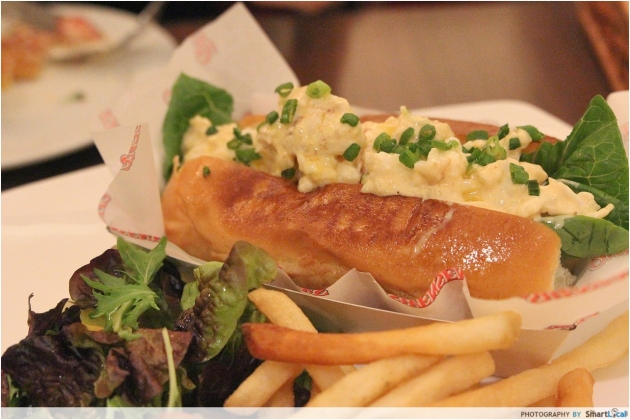 At first glance, this could probably pass off as an egg mayonnaise bread roll but looks can be deceiving. Like its sister lobster roll, the Slipper Lobster Roll ($16.80) comes with thick pieces of slipper lobster (a.k.a. crayfish) flesh. The lobster flesh is slathered with velvety sunshine-y yellow mustard dressing that could do with more seasoning. It was too bland to keep me going back for more.

The Boston Lobster Roll boasts sweeter lobster flesh and was more flavorful than the Slipper Lobster Roll. It packs more punch, too. Both rolls come with the same exquisite soft grilled bun, mesclun salad and fries.

Do note that the Boston Lobster Roll and Slipper Lobster Roll are only available for a limited period from 15th October 2014 to 30th November 2014. 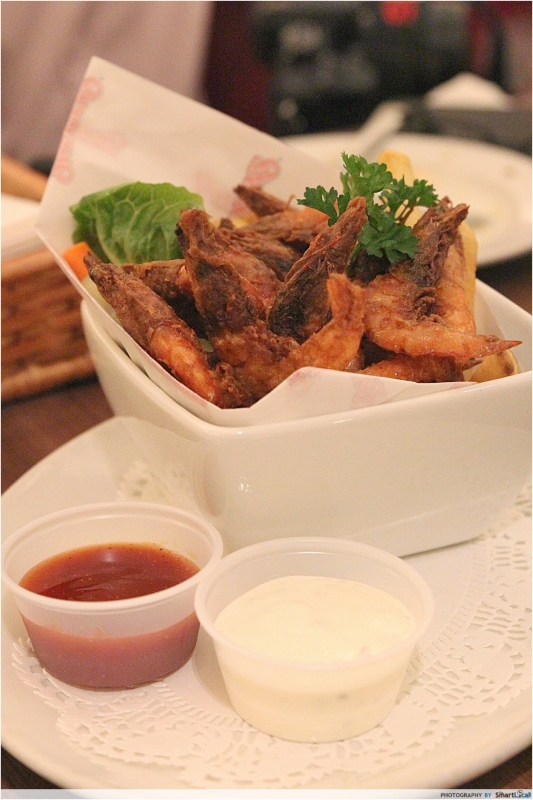 I was a little skeptical initially because the prawns looked like they were overdone and shriveling up by the second. They couldn’t have tasted decent, or so I thought.

These deep-fried prawns deserve some credit for tasting better than they looked. The prawns are well-seasoned with spices, they leaned towards being too salty. The prawns come with a tartar dip and a zesty BBQ dip. I appreciate the thought behind it as it gives diners the liberty to play around with what works best for them.

The Firecracker Soft Shell Prawns ($8.90) is available from the US Southern BBQ menu ongoing till 31st Oct 2014. 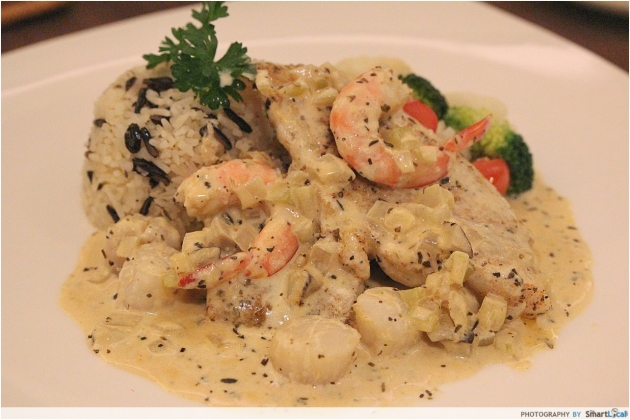 The star of this dish is unquestionably the snapper. I’m not exaggerating when I tell you how good the snapper is! The white flesh splintered and flaked apart only from the pressure of my fork. It was moist and tender without relying on the luscious sauce to keep the fish that way. The grilled snapper is served with a hearty portion of seafood, buttered vegetables and a big dollop of wild rice.

The Grilled Snapper with Seafood Creole Sauce ($17.90) is available from the US Southern BBQ menu ongoing till 31st Oct 2014.

Finally time to relish in something sweet! After all, there is always a second stomach for desserts and you can’t go wrong with an ice-cream at Swensen’s. 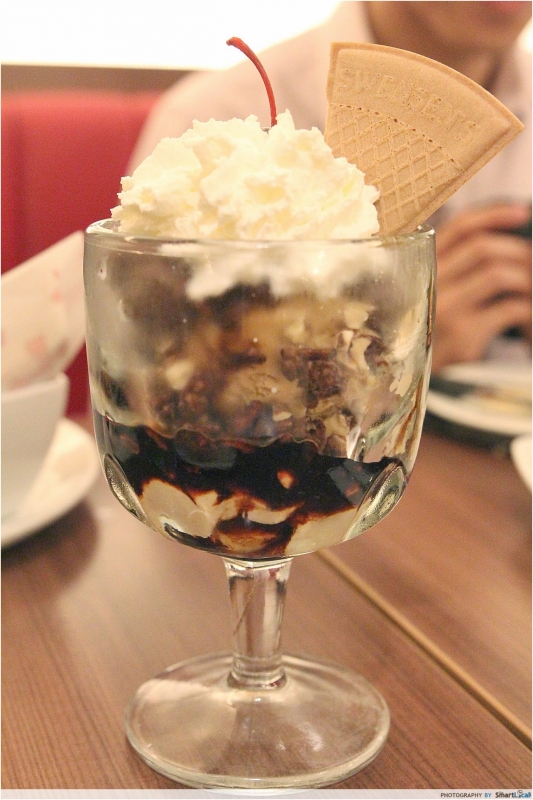 The Salted Gula Melaka Heaven ($10.90) is popular with children and adults. It is sinful, but it makes me happy. Be warned though, this is for those who appreciate desserts meant for the sweet-toothed. 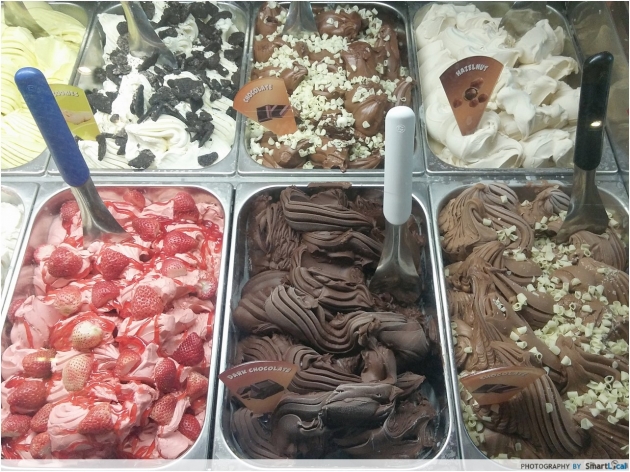 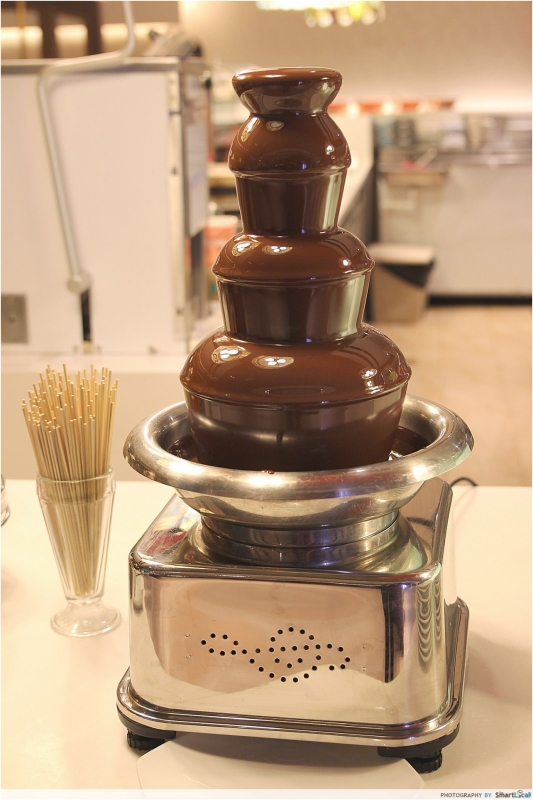 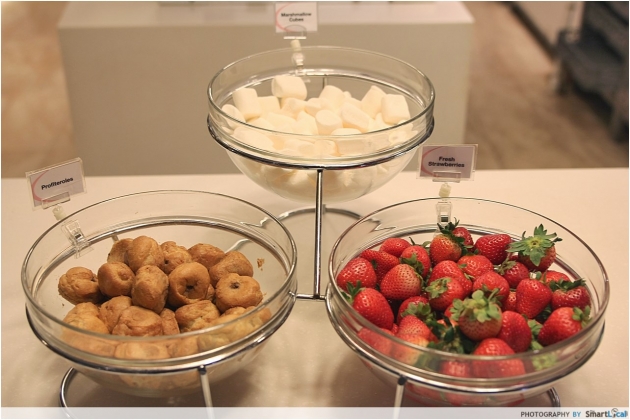 For ice-cream or desserts junkies out there, you need to check this out. The sheer variety of ice-cream flavours, gelato, toppings, cakes and other sugar-laden offerings here is set to wow! You can expect double the fun, and shorter queues to get your floaty marshmallows or juicy strawberries coated, with two chocolate fountains.

This sweet Ice-cream & Dessert Buffet ($17.90 for children, $22.90 for adults) deal is inexpensive and available exclusively at Swensen’s ION orchard.

More details of the ice-cream and dessert buffet can be found here.

Having tried the lobster rolls at Swensen’s, I’ll recommend the Boston Lobster Roll if you’re keen to try it out. However, there were too much scallions for my liking so for those who mind the sharp whiff, should request for less scallions.

The other items that I tried were decent for their prices, but not spectacular. Nonetheless, being someone who prefers desserts over main courses and appetisers, I may be heading back to Swensen’s ION Orchard very soon to satiate my craving for an ice-cream party with a few good pals!

Getting to Swensen’s ION Orchard

Details of other Swensen’s outlets can be found here.