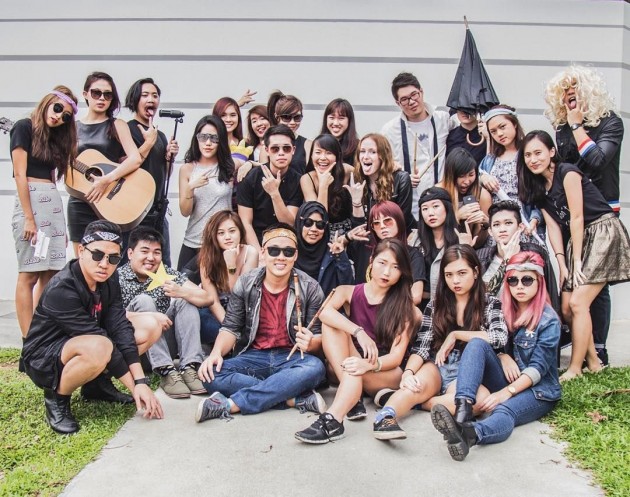 Most millennials dream of being the next Steve Jobs or the next Elon Musk, and the fastest way to get there is through a startup. Startups offer jobs that allow flexibility and no red tape, allowing us to rise faster to the top.

As startups operate in uncertain environments, entrepreneurs often look to millennials to fill their ranks. Millennials are, after all, big dreamers willing to take risks to get there.

We went down to a recent dialogue session with NTUC Secretary-General Chan Chun Sing to find out more about Singapore’s startup culture and talked to entrepreneurs – including the founders of Carousell, 99.co, and ReferralCandy – about what they look out for in employees. 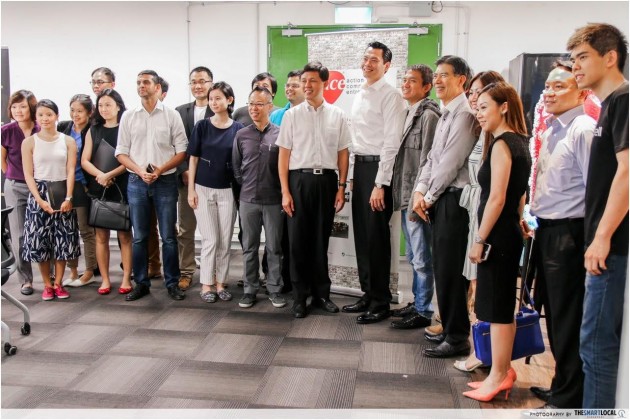 The session also discussed NTUC’s mentorship and business networking sessions, and how startups can benefit from them – important information that anyone who wants to work in a startup should know.

Here are some traits that any millennial should have that’ll snag them their dream job!

1. They keep their expectations realistic 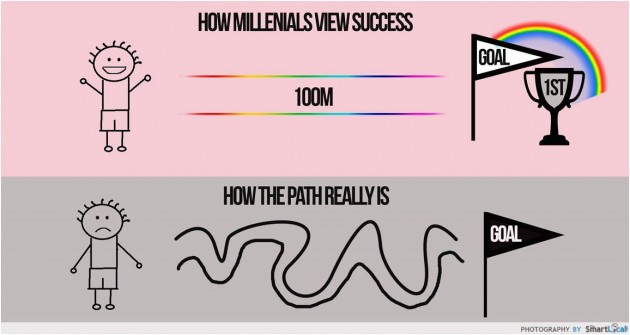 Joining a startup sounds glamorous and trendy, but the reality is that you probably won’t always have an on-the-job mentor to guide you – you’ll either sink or swim. Startup founders are innovators/ideators but few are natural instructors, and you can’t expect to be spoonfed the way you were in school. You’ll have to watch your supervisors and learn from example. 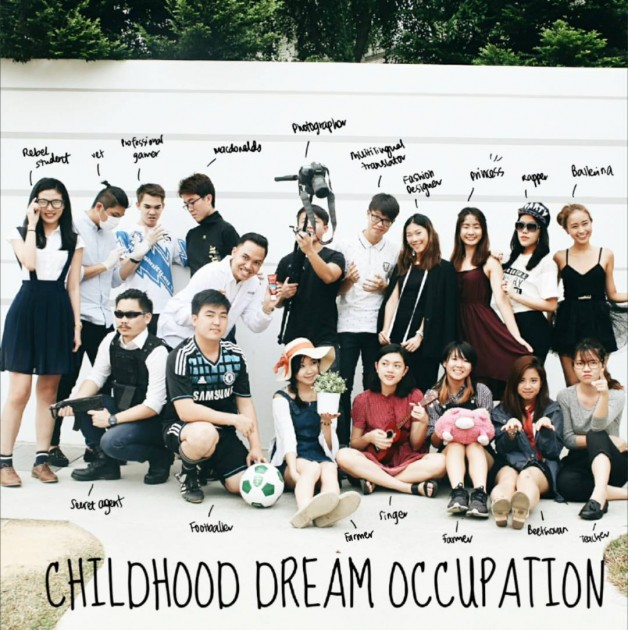 For many of us, the sky’s the limit. Idealism might be misplaced as we try to “improve” the company’s creative direction, or overhaul the entire business development strategy in our first week. We’ll need to keep our feet on the ground and our expectations in check.

The last employees any startup needs on board are energy-vampires that floor team morale with their incessant complaints while the company is on the verge of making a real difference in the world.

With the open office setup that’s currently trending amongst startups, almost everyone will be within earshot of your many conversations – even the private ones. Keeping the conversation positive and constructive can have an uplifting effect on everyone in your immediate vicinity… and for a startup that’s essentially the whole team.

3. They don’t sit around and wait for more work to be given to them

Millennials have been grappling with the constant debate between working smart and working hard. We’ve been burning the midnight oil from PSLE to University, but we’re also smart productive young minds that get the job done, two weeks before the deadline. But what do you do once the job is complete?

It’s tempting to skate by doing the bare minimum, but we also know “no grit, no pearl”. Hard work and proactivity demonstrate passion and there’s always something more that has to be done in a startup.

4. They have extra skillsets beyond their core

Our diplomas and degrees look pretty on paper, but the ideal “startup millennial” has versatility beyond her area of specialization.

For clarification, Microsoft office is not a skill, it’s a given. But photography? Basic design? These are skillsets that will separate you from everyone else.

Just take it from this former football player who performed on the X Factor as a magician!

5. They express initiative to help… even beyond their JD

We have that one colleague who’s so helpful, he makes the morning coffee runs, volunteers to stock the pantry, and posts thoughtful quotes on the company Whatsapp chat group every morning without fail. These people are rare and far between, but it’s never too late for you to be added to their ranks.

Startups need these kind of people. They’re the ones that make the company tick, but more importantly, they’re the ones who make their colleagues feel like there’s someone they can rely on.

6. They thrive on flexible working hours 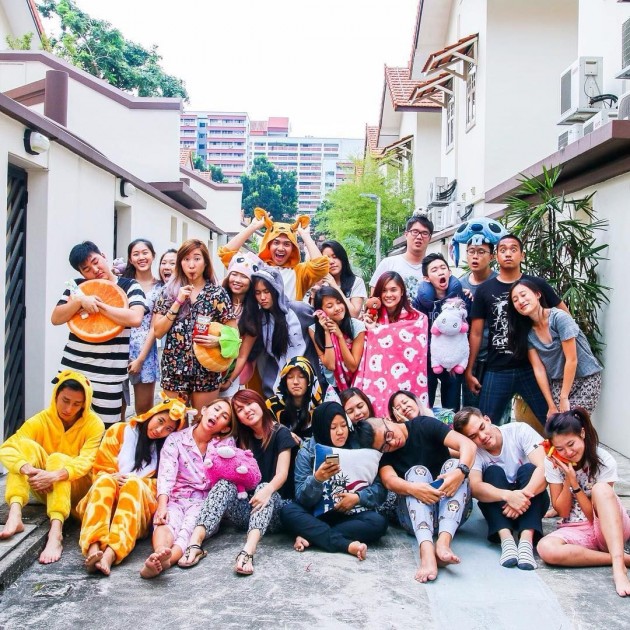 There’s no closing time with startups because the first 12-months can make or break the company. That’s why bosses value employees with flexible time management. Startups require a new breed of people who thrive on fluid working hours, those who can do both OT (overtime) and OTOT (own time own target).

Nothing is more frustrating than having clock-watchers, who idle their time not doing anything just because they’ll be leaving work in twenty minutes. On the dot.

7. They have the patience to grow with the company

From instant noodles to the more serious things like our promotion on the job, previous generations have had more grandiose displays of loyalty. To date the Guinness Record holder for longest employee has an 80 year history in the same company!

Times have changed. Many millennials are opportunists, constantly looking for the next best open position on the market. But you’ll stand to gain if your boss sees your demonstration of allegiance to the startup – more bosses will be invested to grooming you when you’re running with the founder’s vision. 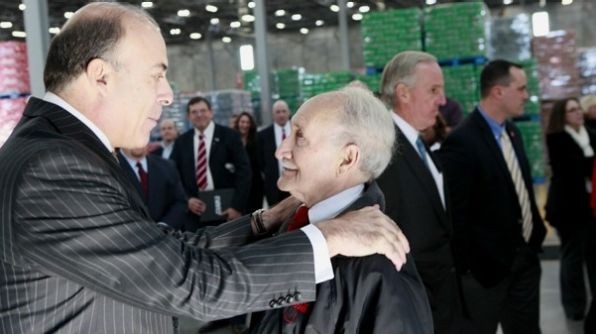 Strawberry Millennials have squishy exteriors that bruise upon the lightest brush made on their performance, triggering a full-blown defence mechanism, Blame is transferred, excuses are made, and barricades are put up to block out any constructive criticism.

Everyone knows it’s good to accept feedback, so they act pretend they do even though they don’t know how to yet. Small actions like being defensive are big red flags.

The truth is, nobody likes receiving negative feedback. How you respond makes all the difference. Keep calm, ask how you can improve and try to listen without building up the defences – trust me, it’s only easy in theory. But if you never take it personally, you’ll have no problem handling criticism like a true pro.

9. They don’t try to start politics

Great minds discuss ideas, small minds discuss people. Time wasted stirring and discussing office politics distracts us from our loftier goals. If you have an issue, fix it. Talk to the people involved and get something done.

Talking about the issue behind their backs leads to 2 problems: 1) they won’t know that an issue even exists, 2) it creates a hostile environment.

Don’t be that guy.

10. They learn on their own time as well 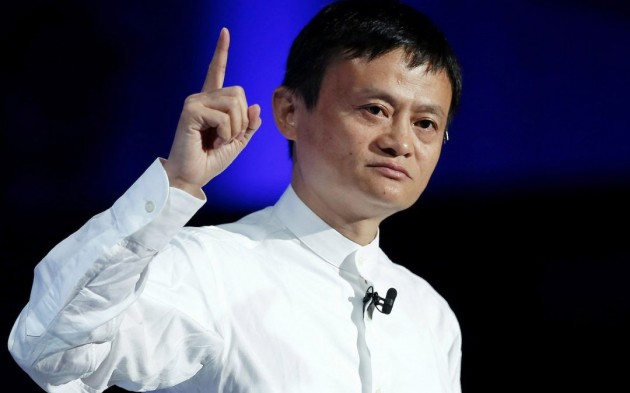 Learning can be done on-the-job, but it’s what you do after work that will define your long-term success.

Cultivate your personal growth outside the office because by reading more, building connections, and embarking on personal projects – you will realise the innovative solutions to problems in the office.

11. They know their place

Singapore has just seen its best year of ‘O’ level results since 1978, and right now, 1 in every 2 millennial is a degree holder! Our stellar results might make for an impressive resume, but this is also the root cause of that overachieving millennial ego that gets in the way.

Bosses are bosses because they know what works and what won’t in the real world. Just because you got an A in that Design module in school doesn’t mean your eye for aesthetics is suddenly better than someone who’s been in the industry for years.

Kick your ego down a couple of notches, and you try to start understanding why your boss does things the way he does. Then discuss alternatives with him, he’ll appreciate your input then.

Getting in the startup game 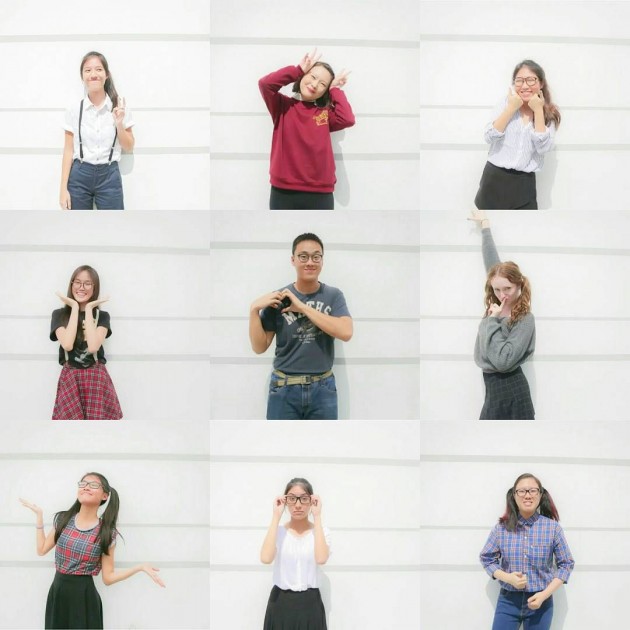 The startup industry isn’t easy to survive in, and not many last. But if you’re certain that the startup life chose you, there are some things you can do to get your foot in the game.

For example, you can find out more about the culture in Singapore. If you don’t even know what a startup incubator is. It’s time to knuckle down and do some reading before you even send that resume out.

Learn what impacts startups in Singapore. For example, in partnership with professional guilds such as Action Community for Entrepreneurship (ACE) to reach out to more working people,

NTUC has gotten up close and personal with tech startups – Carousell, 99.co and Jaga-Me  – on a mission to help the startup community and its employees where possible via the growing Unusual Labour Movement network of unions, social enterprises and more. 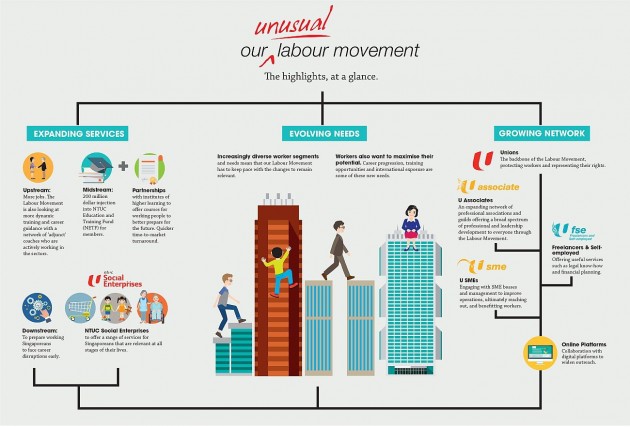 And on top of that, NTUC has also been reaching out to and championing causes to help include SMEs, freelancers and the self-employed. For example, the need for professional development, networking opportunities or even to help Singaporeans find employment or freelance jobs.

This is just the start of NTUC’s initiative to help ALL workers – even the newest startup employee – stay relevant in dynamic business climates.

Participate in our poll:

This post was brought to you by NTUC to encourage startups to join its growing network and learn more about potential collaborations. 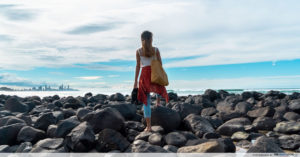 13 Travel Tips Every Adventurous Singaporean Girl Needs To Know
This 5-Course Thai Meal ($12/Pax) Gets Sent to Your Doorstep for House Parties & Mahjong...