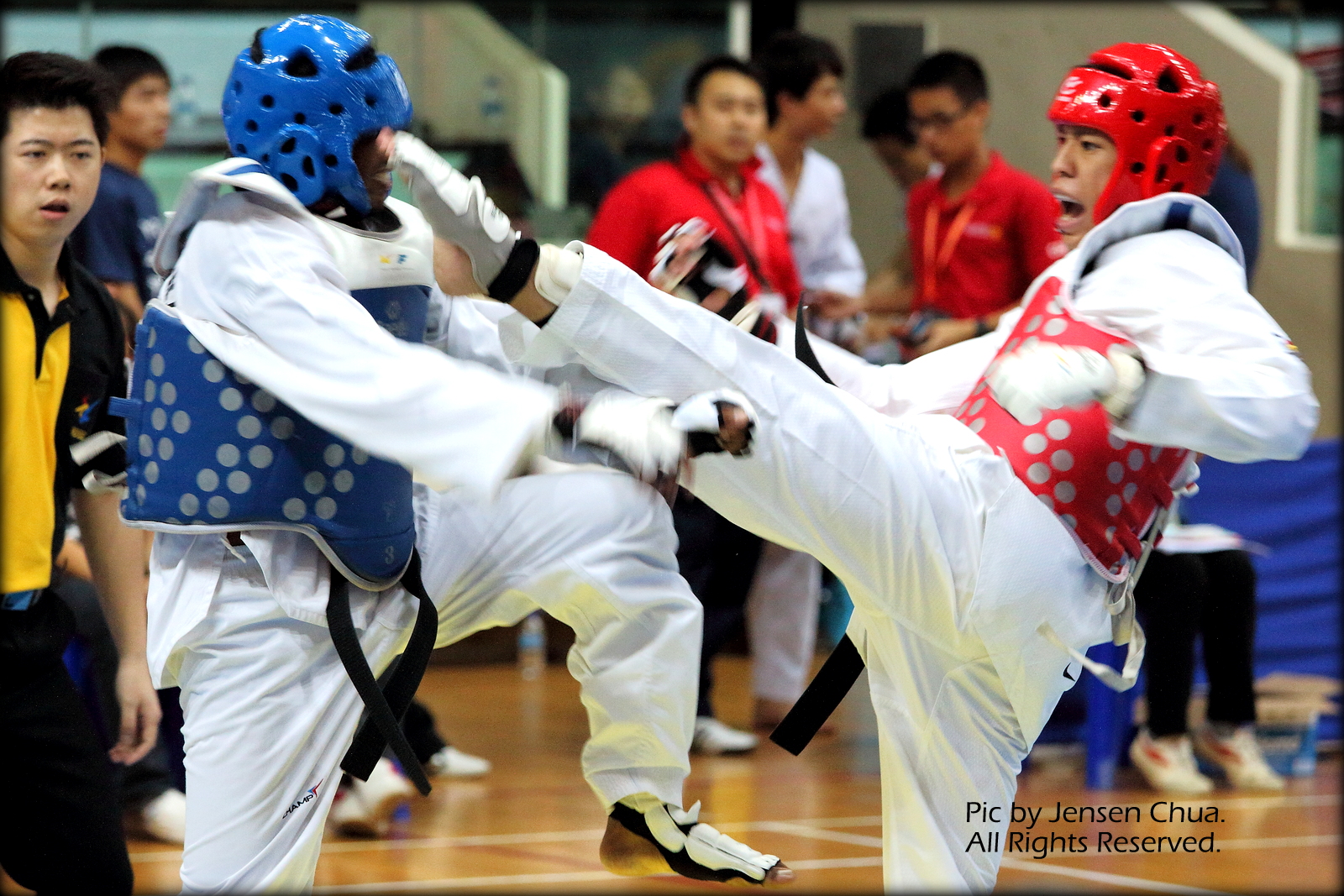 This is a follow up journal to my previous write-up about the Singapore National Taekwondo Kyorugi Tournament. That journal was essentially a “prelude” while this pictorial write up, with pictures taken on the last day of the four-days event, sums up the annual tournament which ended on the 1 September 2013.

I am not sure if any readers here attended the final day, which ended on a high note. The usage of Electronic Point Scoring system, the permitted head kicks for the seniors participants (juniors under 16 years old are disallowed from head kick), Poomse (Forms) demonstration and the attendance of the Korean Ambassador (the embassy sponsored the event trophy , hence Ambassador Cup) and the generally fast and furious pace of the seasoned players all contributed to the highlights.

I have attended in this annual event since the last four years and I can only say the incremental improvement augurs well for the sport. 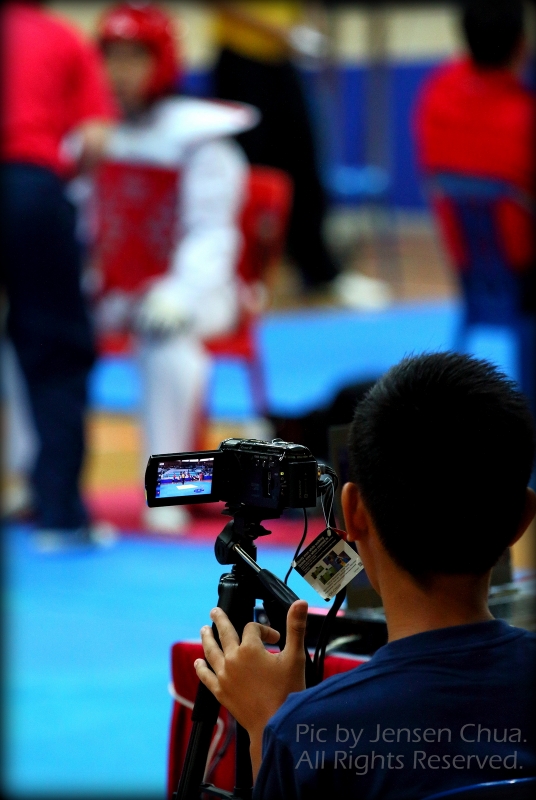 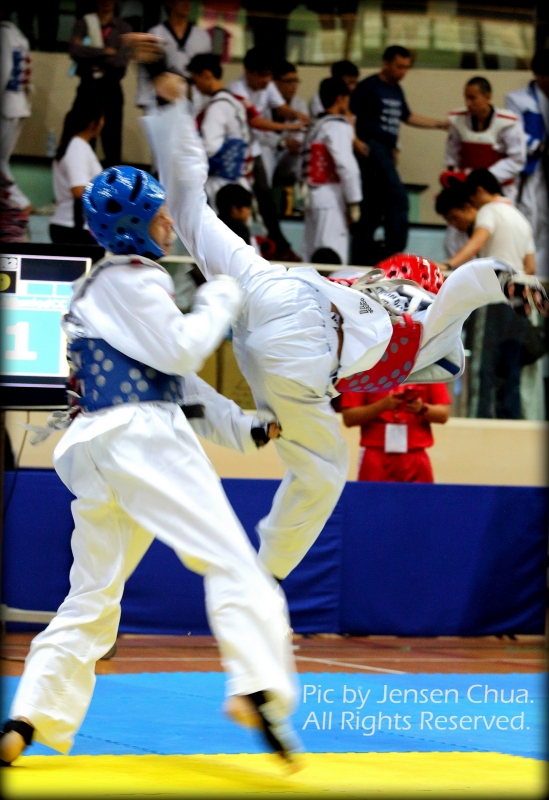 As mentioned in previous journal, where the first 1-2 days are juniors (under 16 years old) where head kicks are disallowed. The allowed head kicks (more points awarded) during the seniors matches meant players inevitably aimed for the head, as more points are awarded. 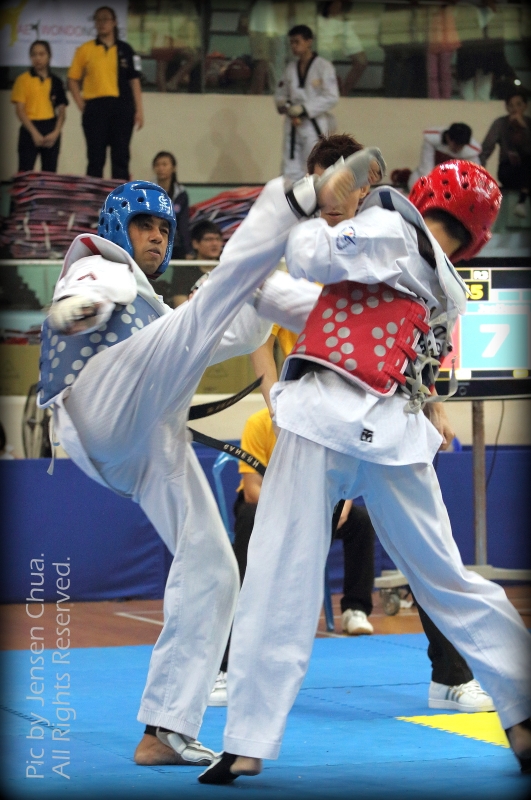 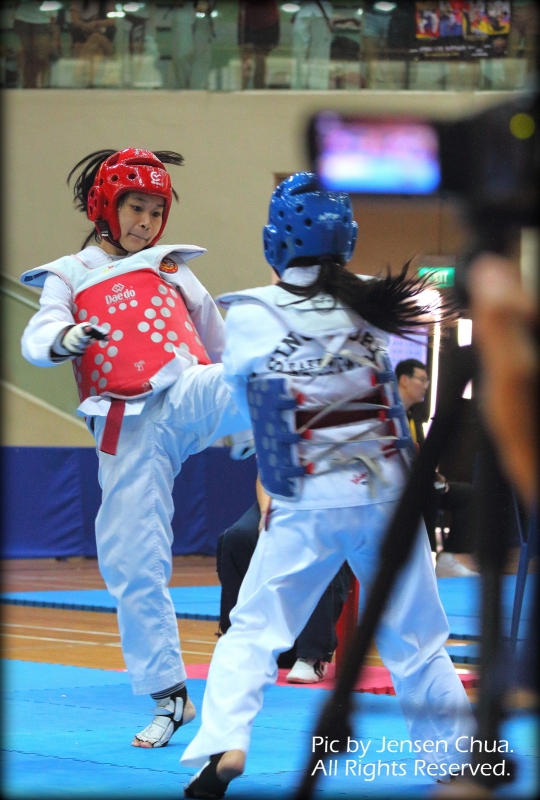 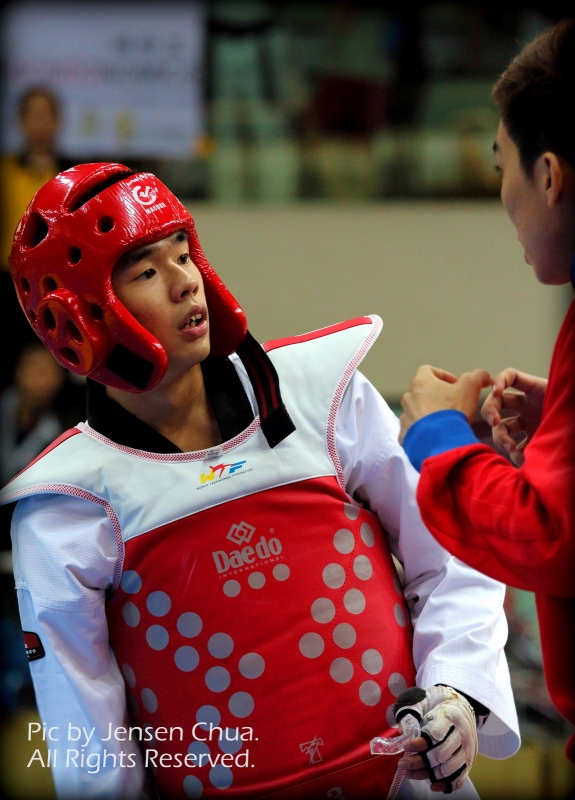 If you find him familiar, that’s because he is Jason Tan, Singapore inaugural Youth Olympics Taekwondo Silver Medalist and the only ranked Singapore taekwondo exponent worldwide. 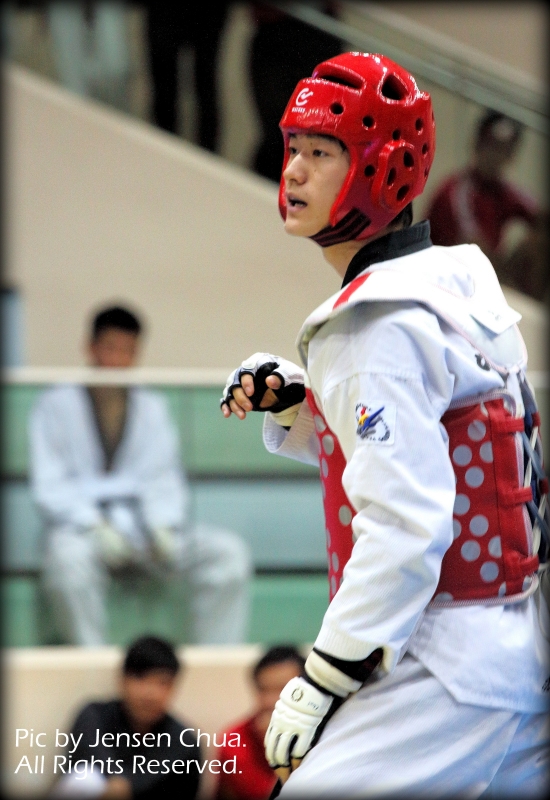 You might find him familiar too. He is Choi Dae Ho. A member of the Taekwondo Peace Corps on an exchange program. He requested for a  12 months extended stay and is a coach on the National Team. And yes, he’s the nice guy who gave up his sandals to a barefooted old lady on the MRT in February 2013. His match was the highlight of the event. Awesome skill all the way from taekwondo motherland. Truly spectacular. 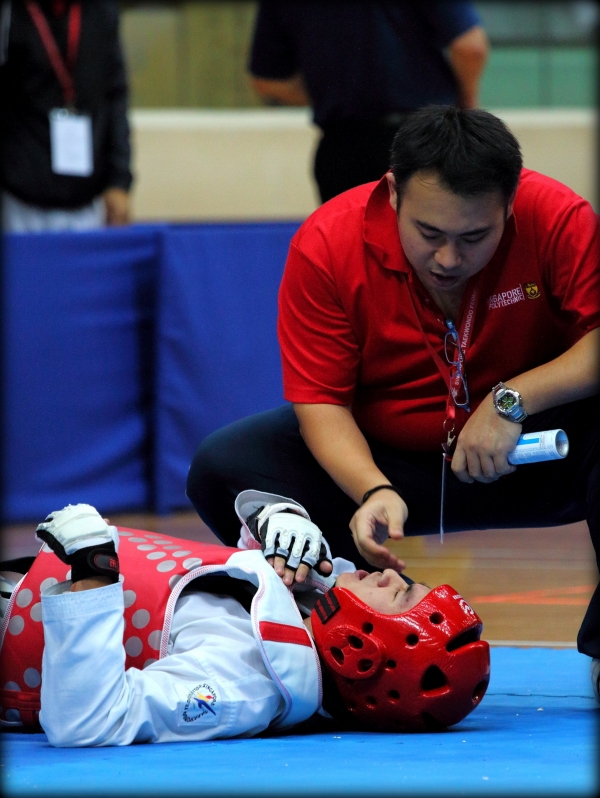 The players are here not for “rest and recreation”. It’s a contact sport and injuries can be expected. 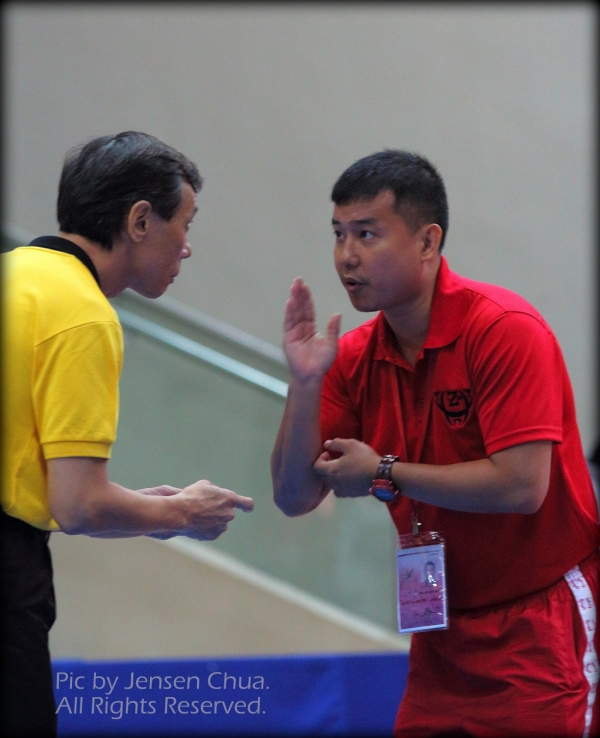 A player’s coach gesticulating to a match referee on that his player did make a positive contact on the opponent’s head, hence necessitating a “Video Replay” to verify for the award of points. 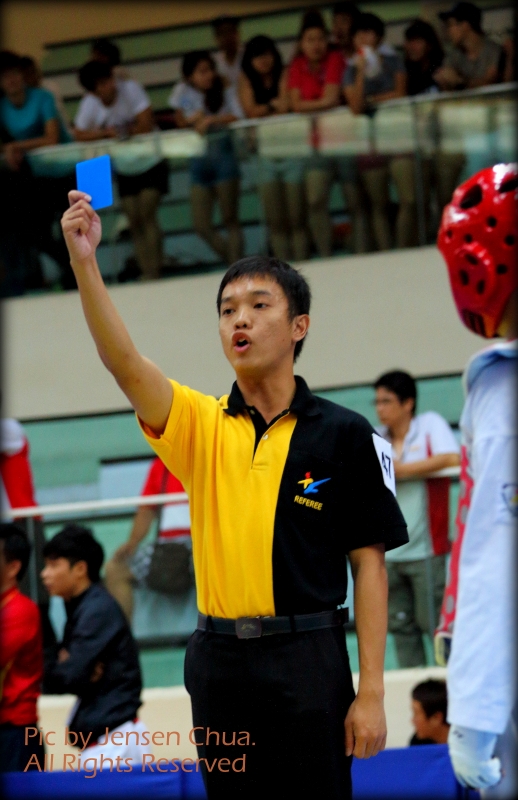 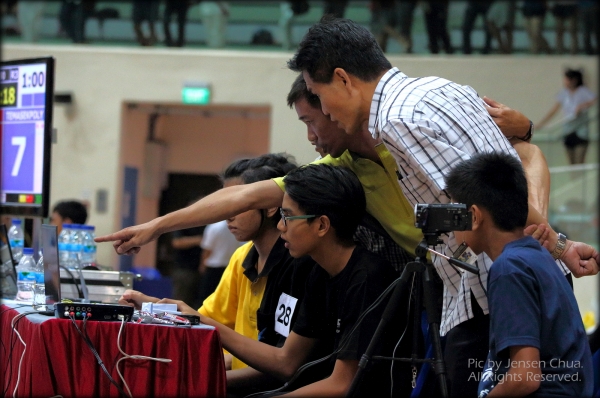 Match officials closely scrutinizing the video playback, to validate the point awards. The protective vest and socks have sensors embedded in it to trigger via wireless signals upon positive contact. But the head gears are not sensor equipped. And the pace is so fast that referees may missed out on hits. With video replay, there’s no disputes. 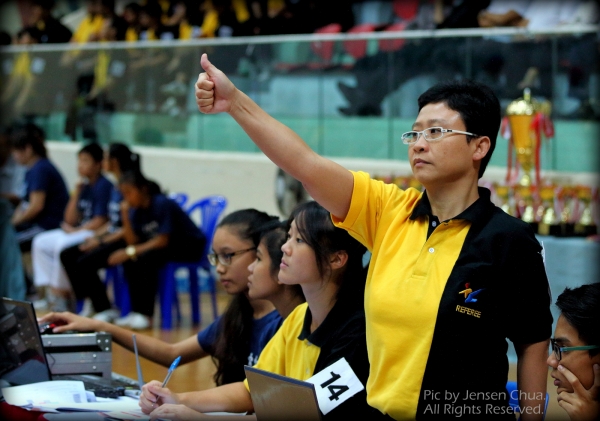 Match official validating the points award after positive verification. In situation where points are not awarded, the arms are crossed, signifying “No go”. And the requesting player’s coach loses the “video replay card”. As such, coaches use the card only when they are truly confident of positive contacts. 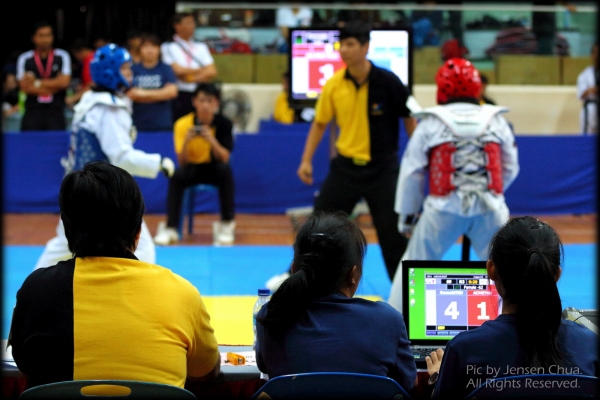 Best seats in the house. 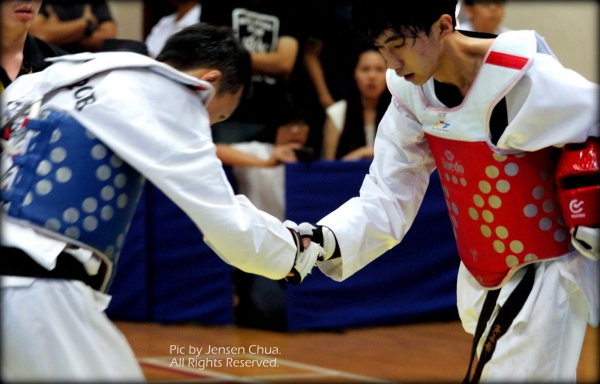 Great sportsmanship and it shows the true side of the players. 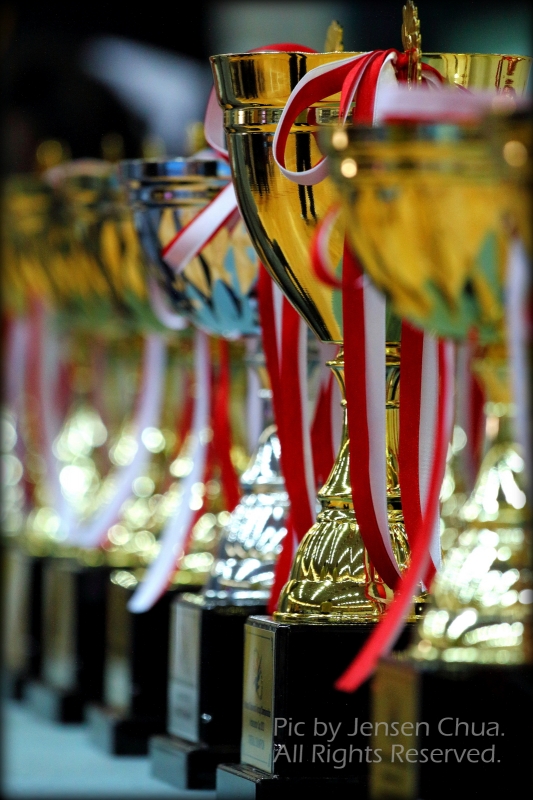 The rewards after tortuous months of preparation. But it’s more than the hardware, it’s the achievement and aspiration that last a lifetime. 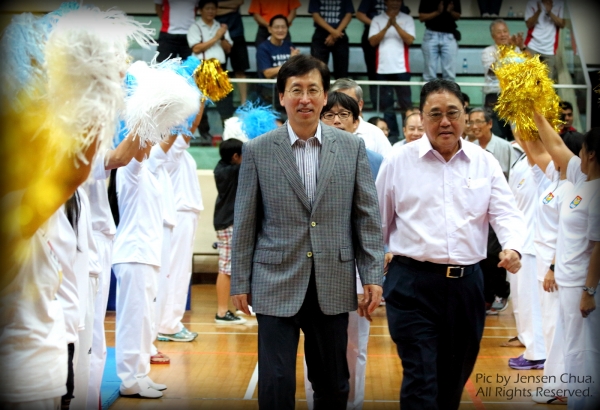 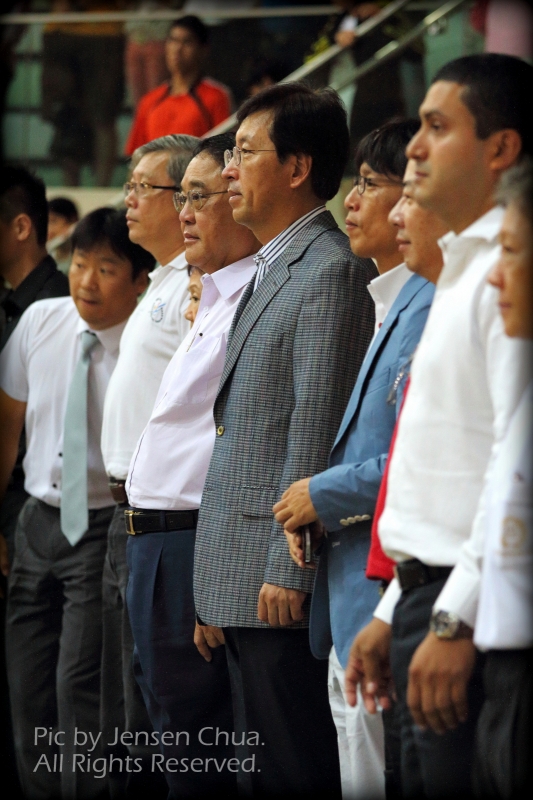 The VIPs, in the spectators stand observing the martial art decorum, prior settling down to view the VIP matches (which are the final matches of various weight groups). 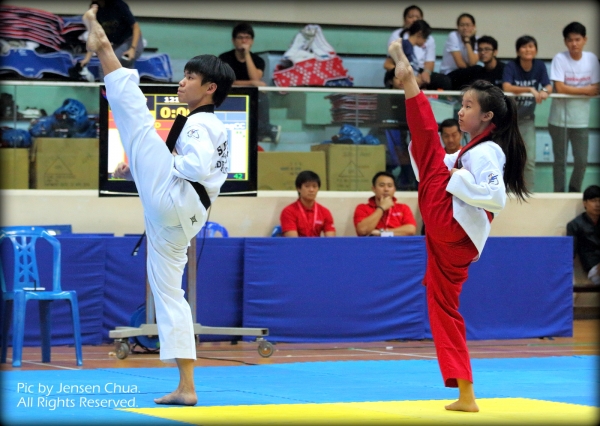 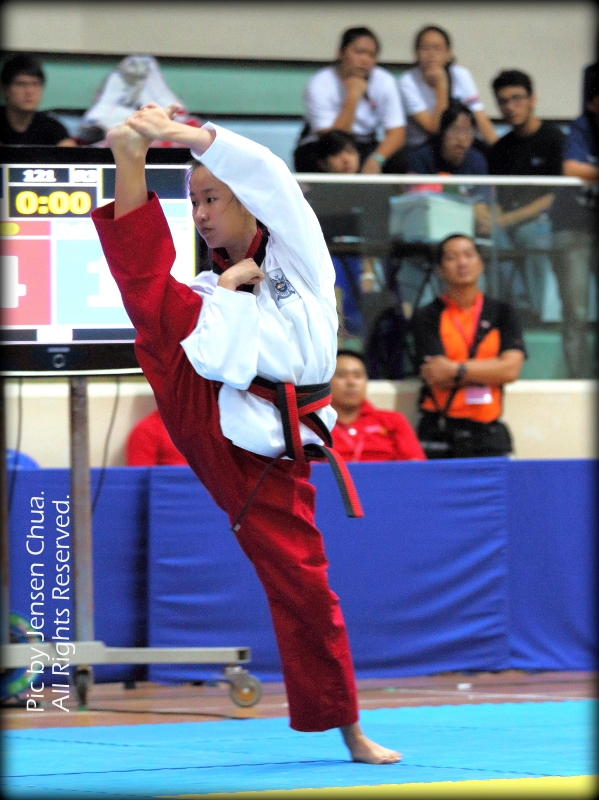 Chelsea performing her solo creative poomse display. I strongly believed everyone was enthralled. Well, I was  :-O 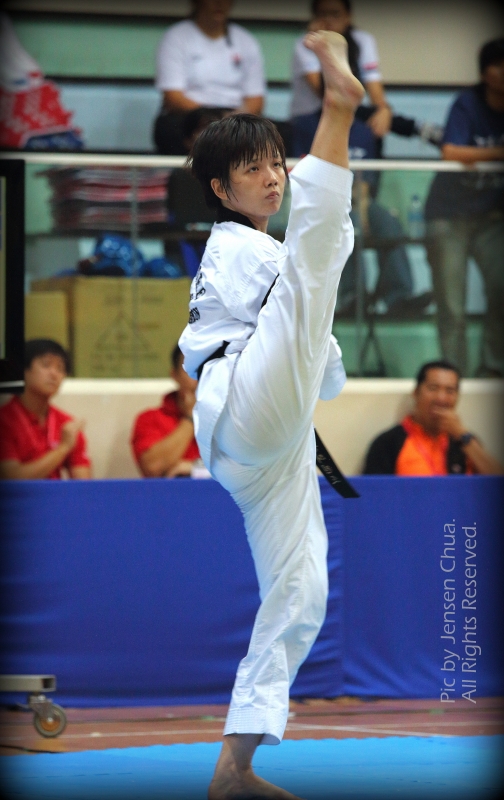 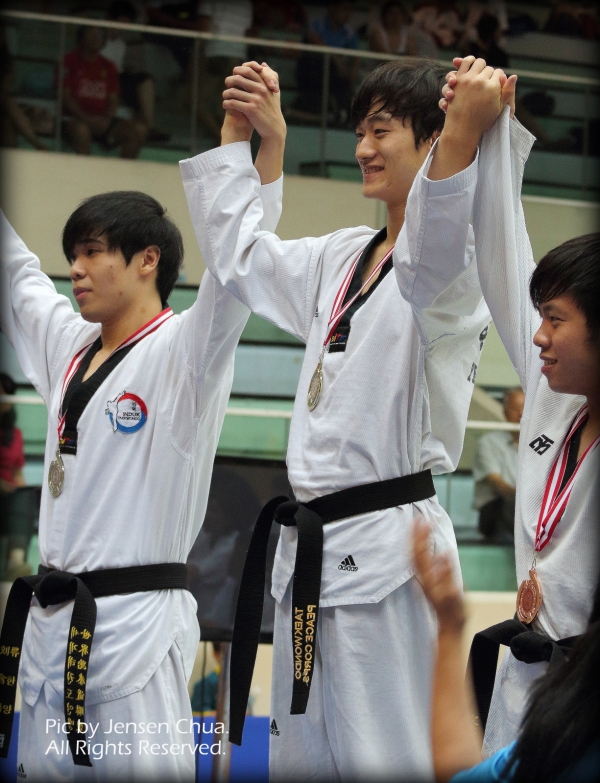 Moment of glory, triumphant players honoured at the medal presentation ceremony. Choi Dae Ho, was the undisputed champion in his weight group. 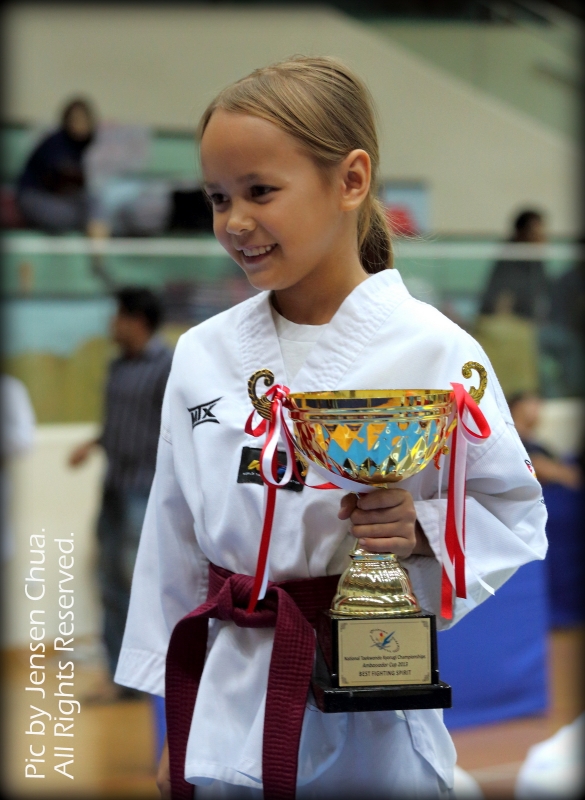 A junior player honoured with the Best Fighting Spirit Award. 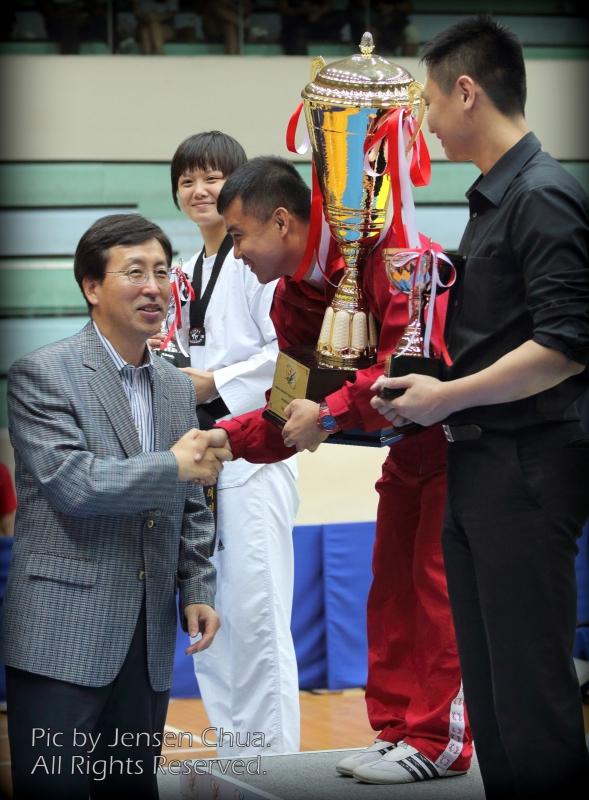 There you have it. The 40th Singapore National Taekwondo Kyorugi Tournament 2013, will you be there to partake in the thrill & spills of the event in the future ? The taekwondo journey is a long but eventful and enriching one, perhaps one day, you might embrace this journey.

Perhaps one day but meantime, thanks for joining me on this pictorial journey (^___^)//