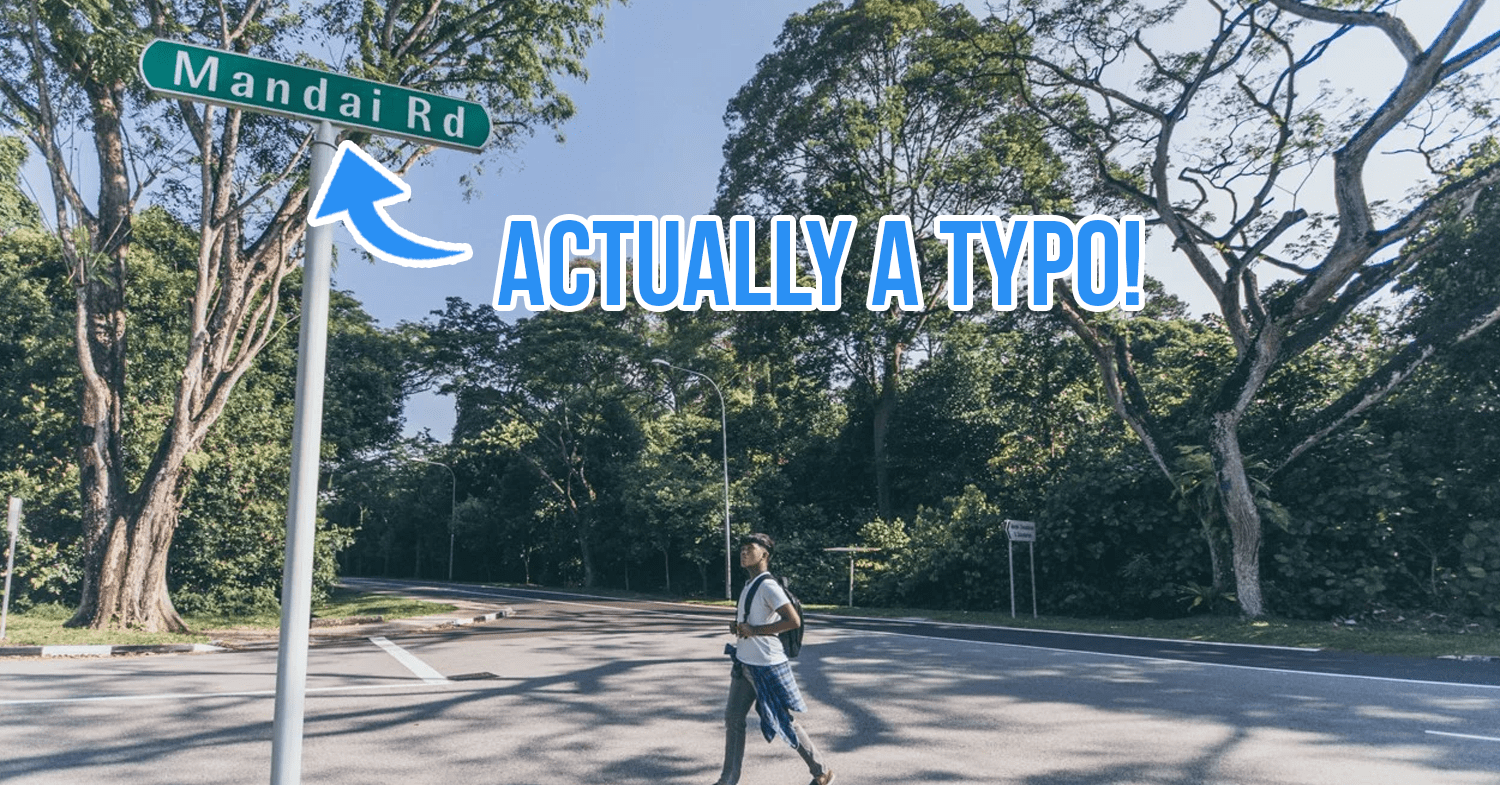 Yishun. Lavender. Mountbatten. These are some roads Singaporeans have seen as they navigate Google Maps finding a route for their journey. But look into these innocuous names and you’ll discover they’re a map leading to different points in Singapore’s history. We’ve sussed out the origins of 12 roads and places that’ll serve as a history lesson for all you young’uns. 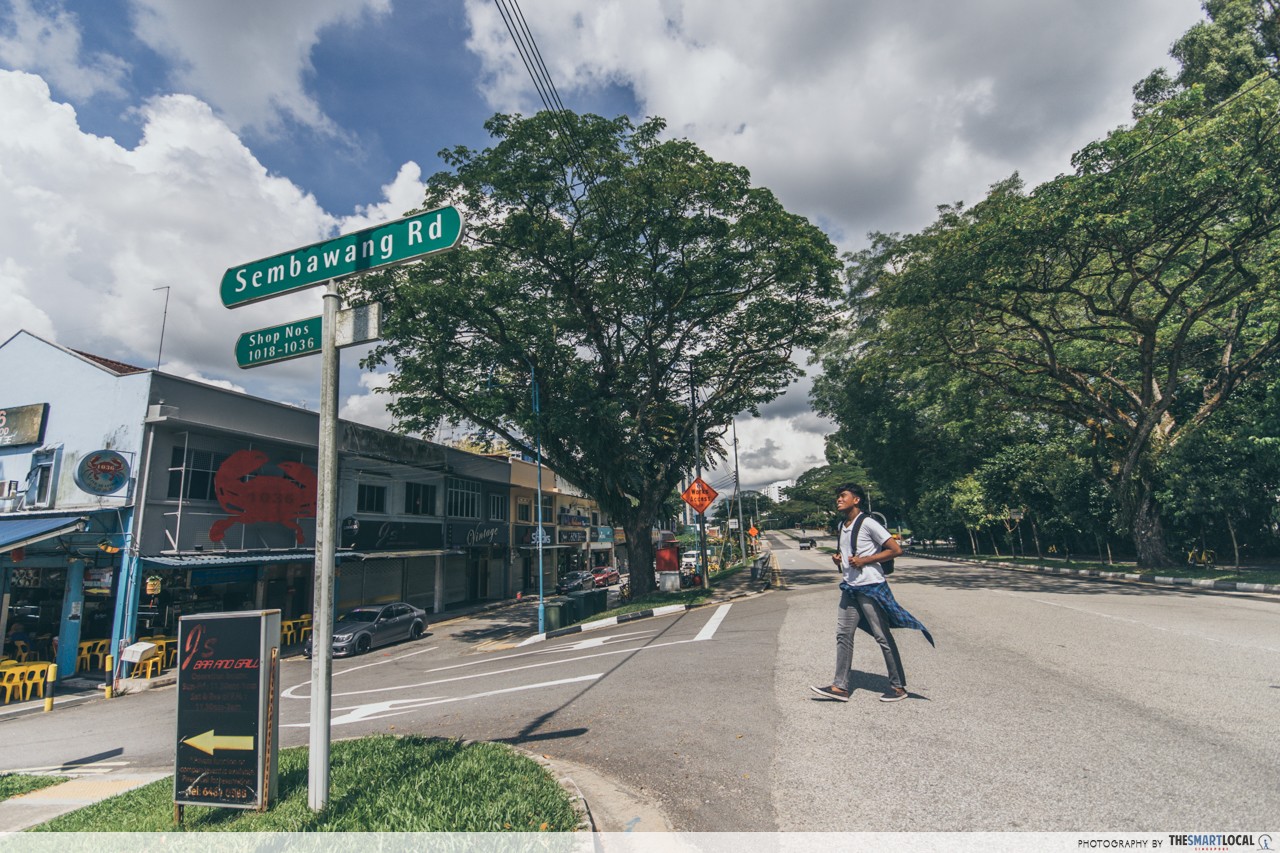 Northies will know it as the gateway to amazing eateries like 1036 Live Seafood and Nelson Bar but once upon a time, Sembawang Road was the only route to get to Central Singapore from the North. 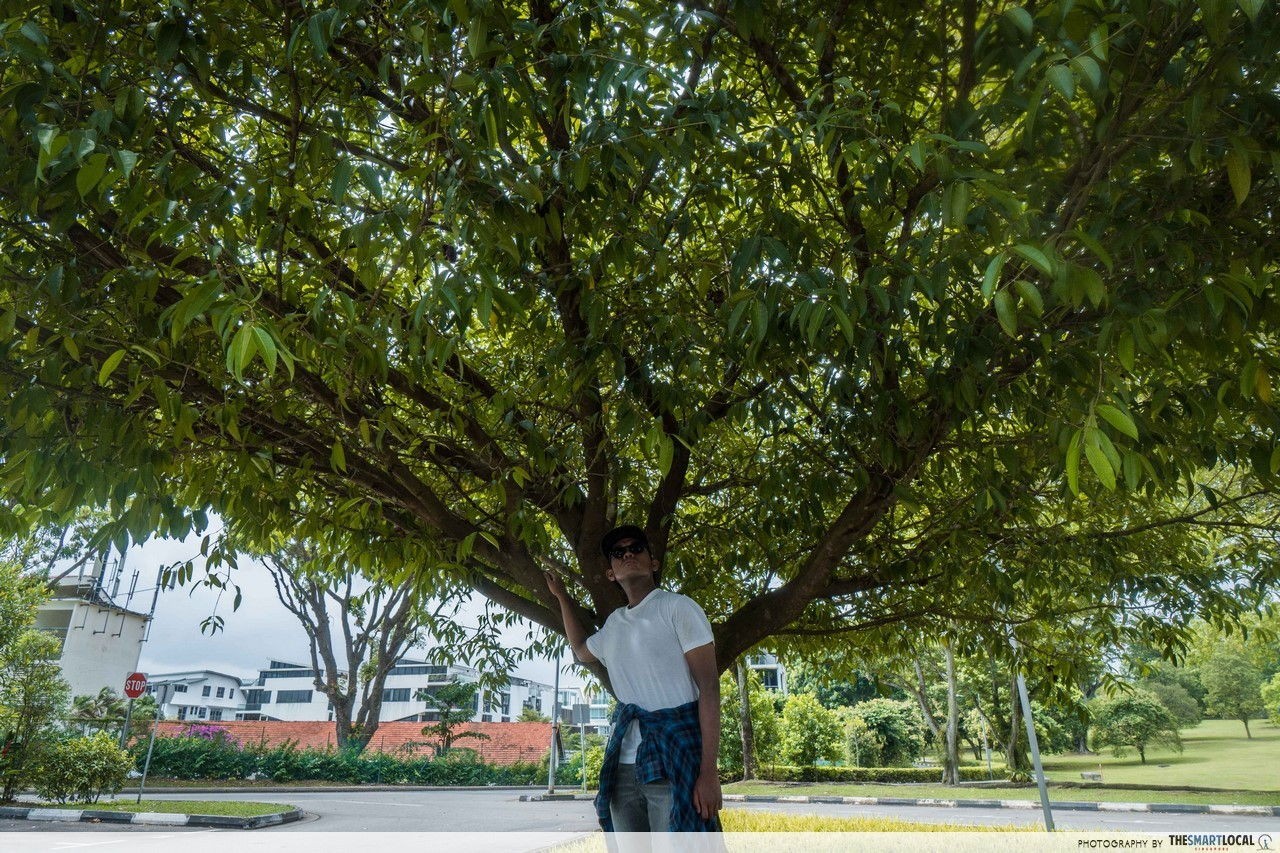 The road and the town got its name from the Sembawang tree – of which only 20 still remain. 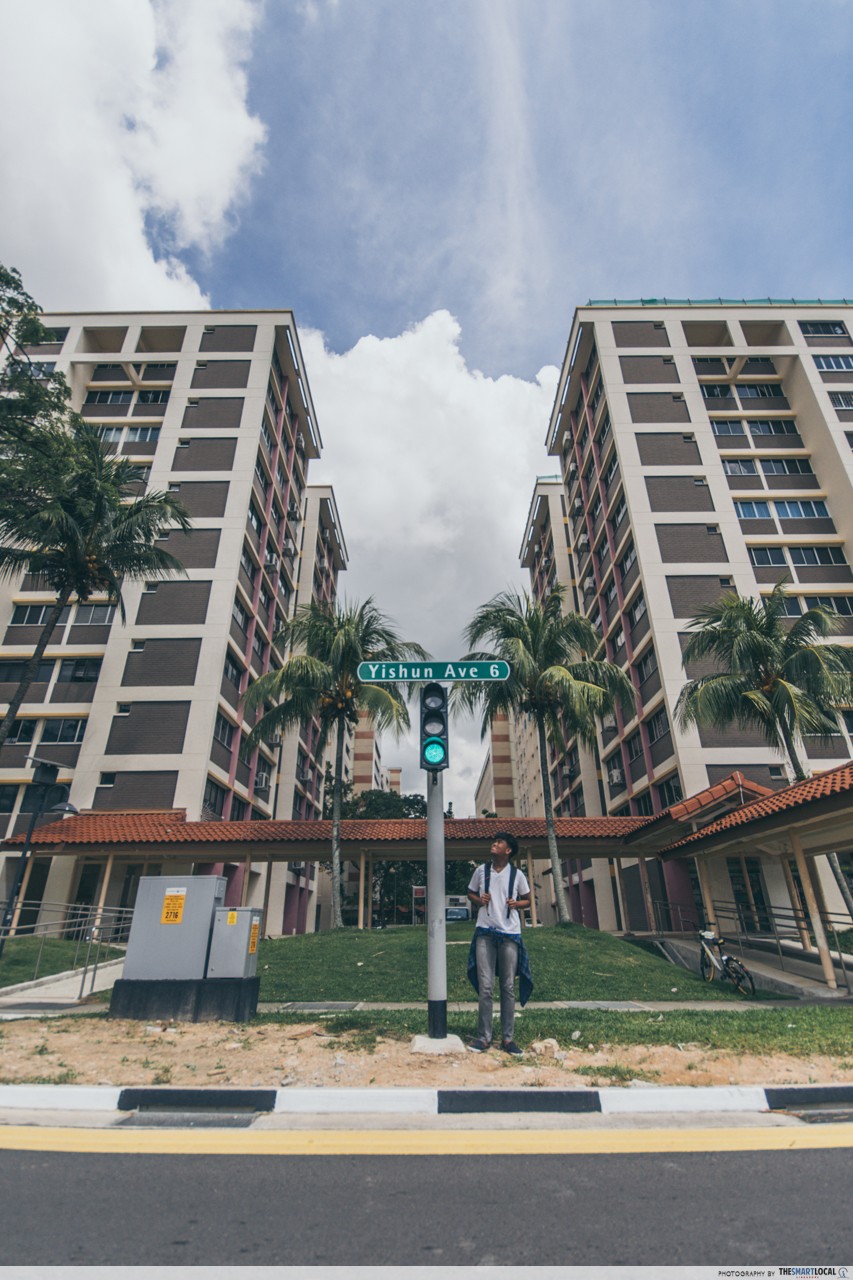 The term “Yishun” came about as part of the government’s campaign to replace dialect names with Mandarin ones. Like other roads bearing its namesake, Yishun Avenue is named after  Lim Nee Soon. Besides being the director of at least 5 companies, he owned over 20,000 acres of rubber plantation in Singapore and Malaysia. In fact, his plantation in Sembawang was so successful that it developed the area tremendously, making him a pioneer there. 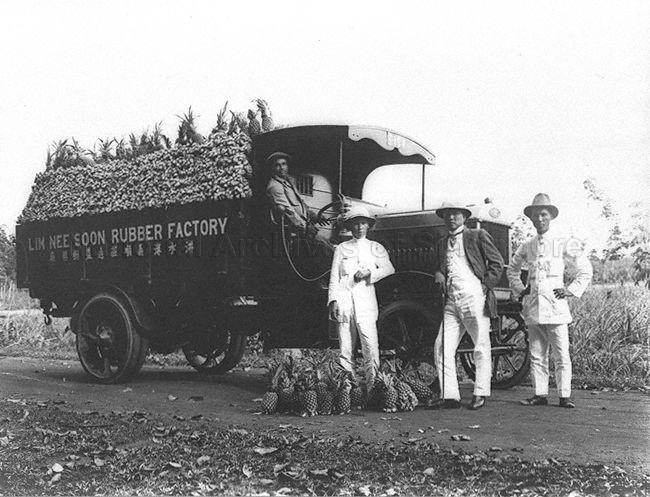 And with deep pockets came a deep heart. He donated burial land for the Chinese community at Seletar and helped fund the revolution against the Manchu feudal rule in China which eventually brought about the birth of the Republic of China on 1st January 1912. 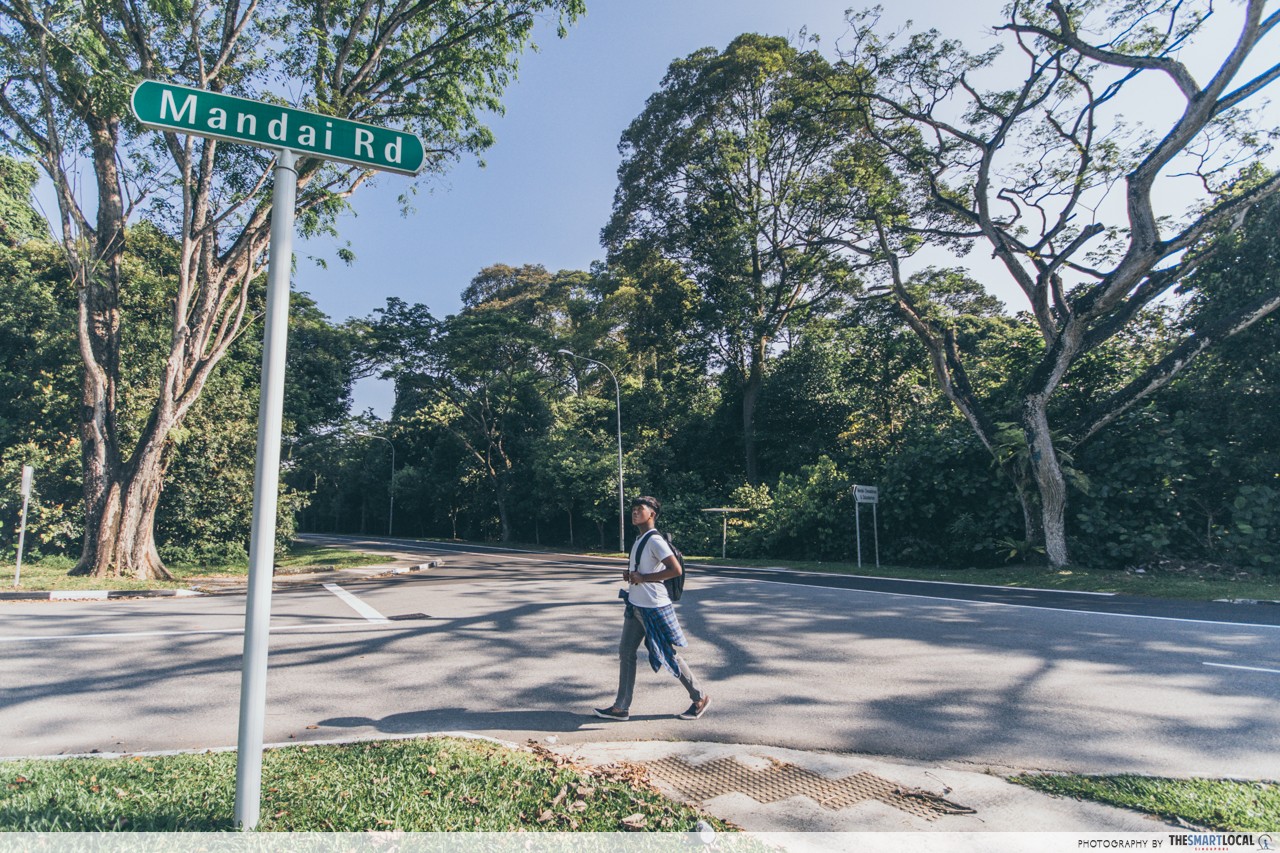 Anyone who’s driven on Mandai Road will know that it’s extremely long; we’re talking about a road so long that it could easily be used for a route march. So it makes sense that this long, long road has multiple origin stories attached to it. 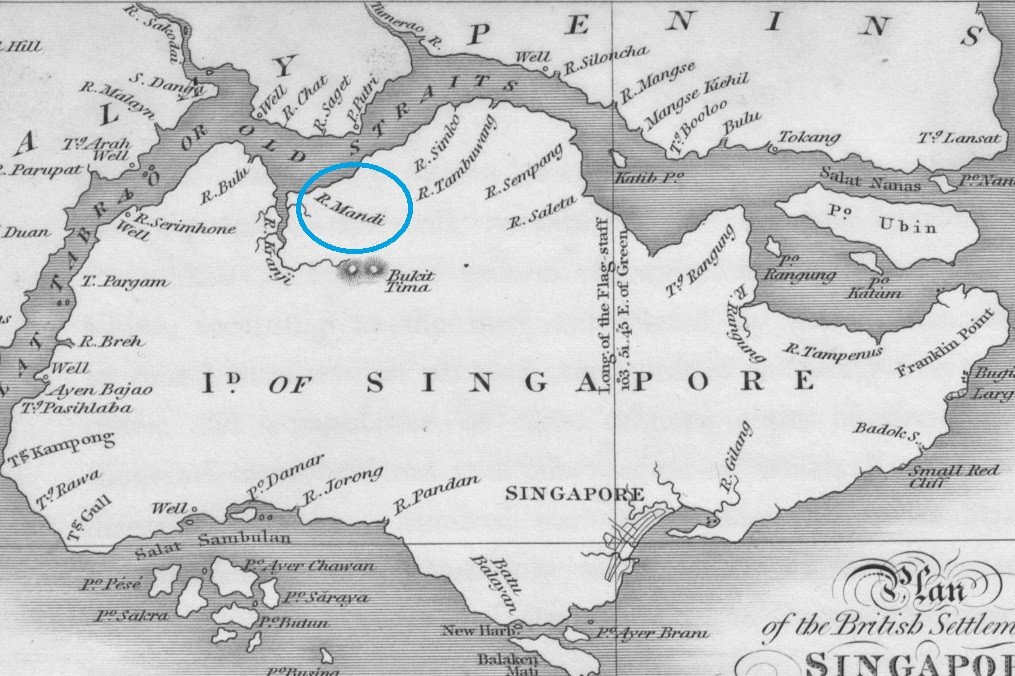 Plan of the British settlement of Singapore

The word “Mandai” first appeared on the 1828 Plan of Singapore on which a river was labelled “R. Mandi”. This has led people to believe that either:

1. Mandai got its name from Mandai trees which grew near the area
2. Mandai was misspelled from River Mandi, which meant “bathing” in Malay 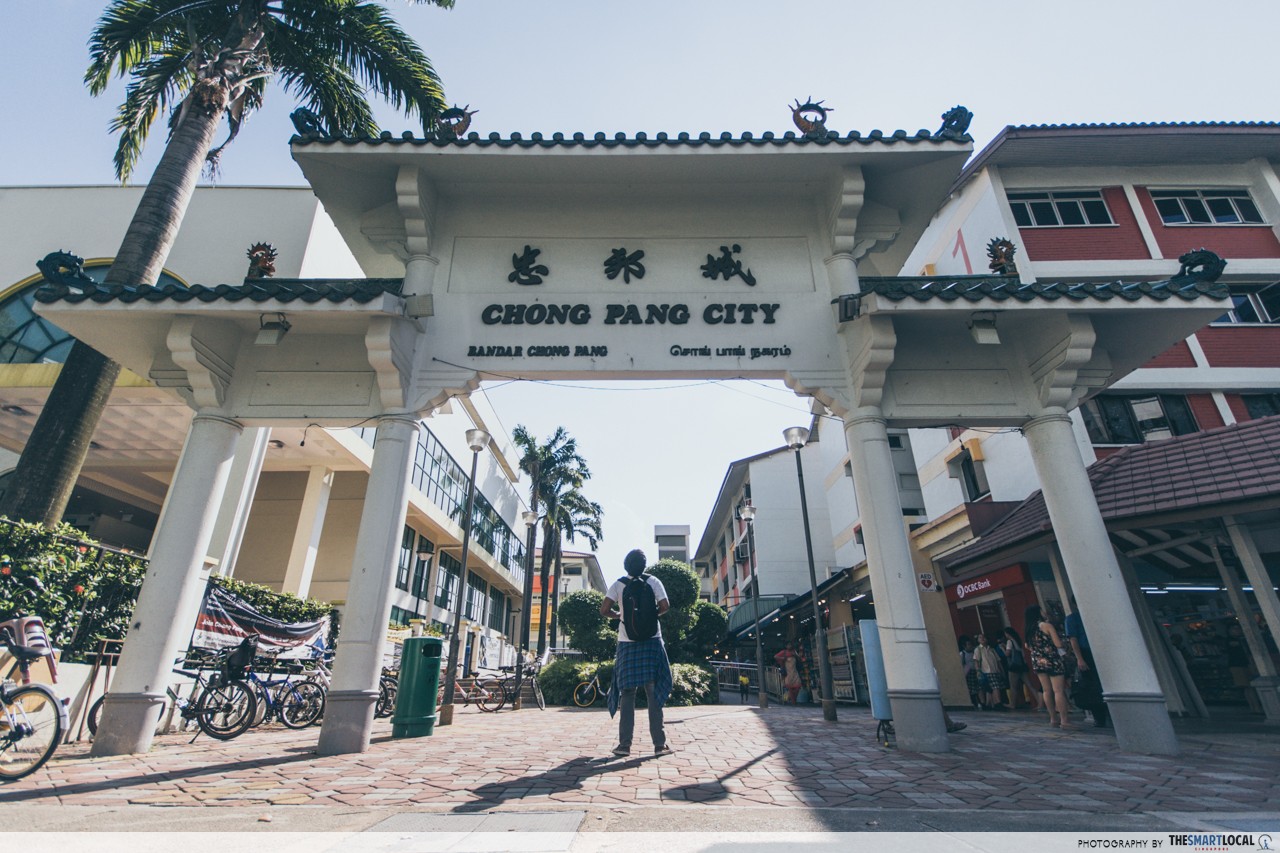 Back in the day, you’d see multiple areas in Singapore named after Lim Chong Pang like Chong Pang Road and Chong Pang Village. Alas these areas have made way for rapid development and now, the last remaining vestige is Chong Pang City – a neighbourhood centre nestled in Yishun.

Lim Chong Pang was the son of Lim Nee Soon and, like his father, was a very successful businessman. While his father dealt mainly in rubber and pineapple plantations, Chong Pang diversified into other areas like property and estate management. When the British built a naval base in 1938, he foresaw the need for more residential space and leased out residential plots near Sembawang to the labourers for just $8 a month, adjusted after inflation. 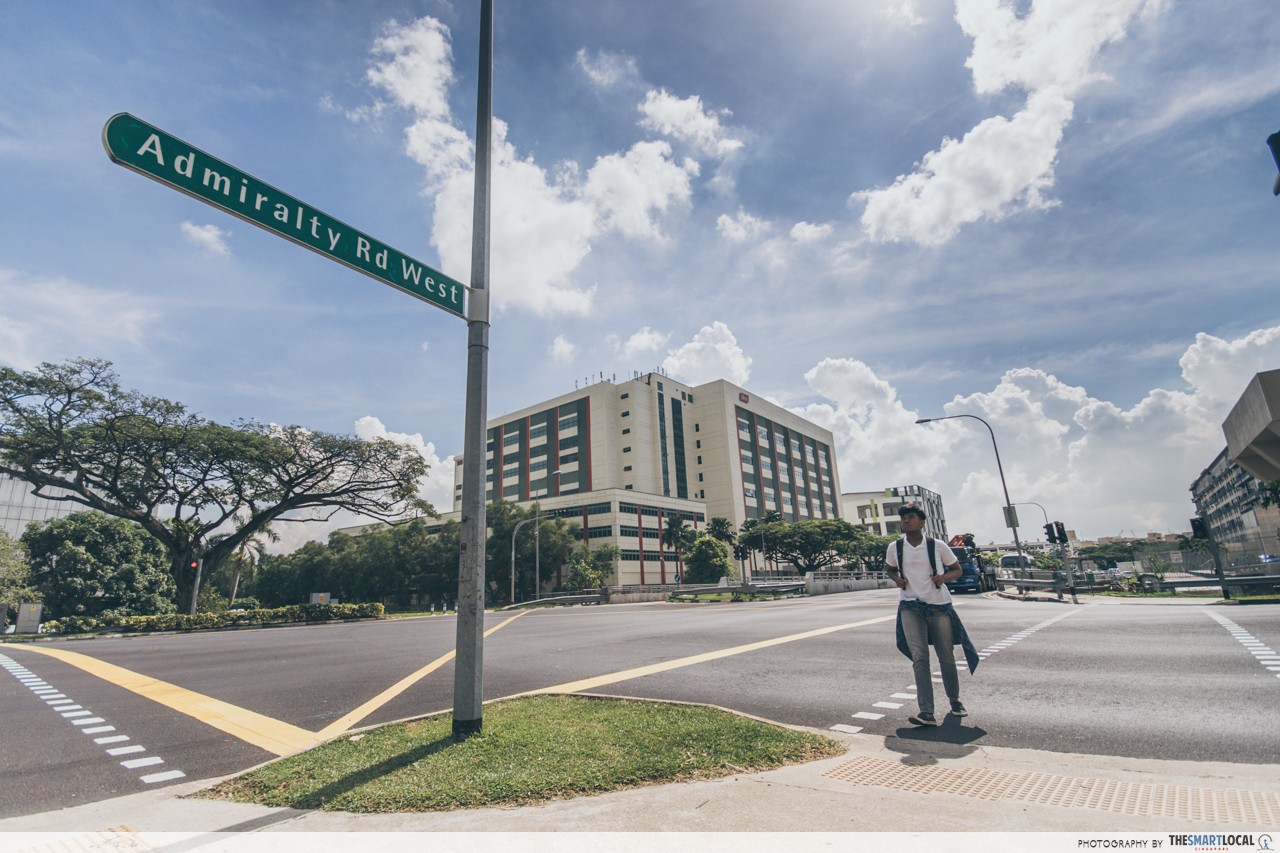 Tucked in the heart of the CBD is Ann Siang Hill, a perfect blend of old and new. Surrounding the road are watering holes and bars, embedded in old shophouses that have been around since 1903.

In 1894, the road and surrounding hill were bought by wealthy Hokkien businessman, Chia Ann Siang, who then resided there and developed the area into a hub for Chinese businessmen. It became the hotspot for remittance houses and Chinese immigrants would throng the area to send money home. Letter writers and calligraphers also operated at the five-foot way of the shophouses to help the illiterate immigrants write letters. 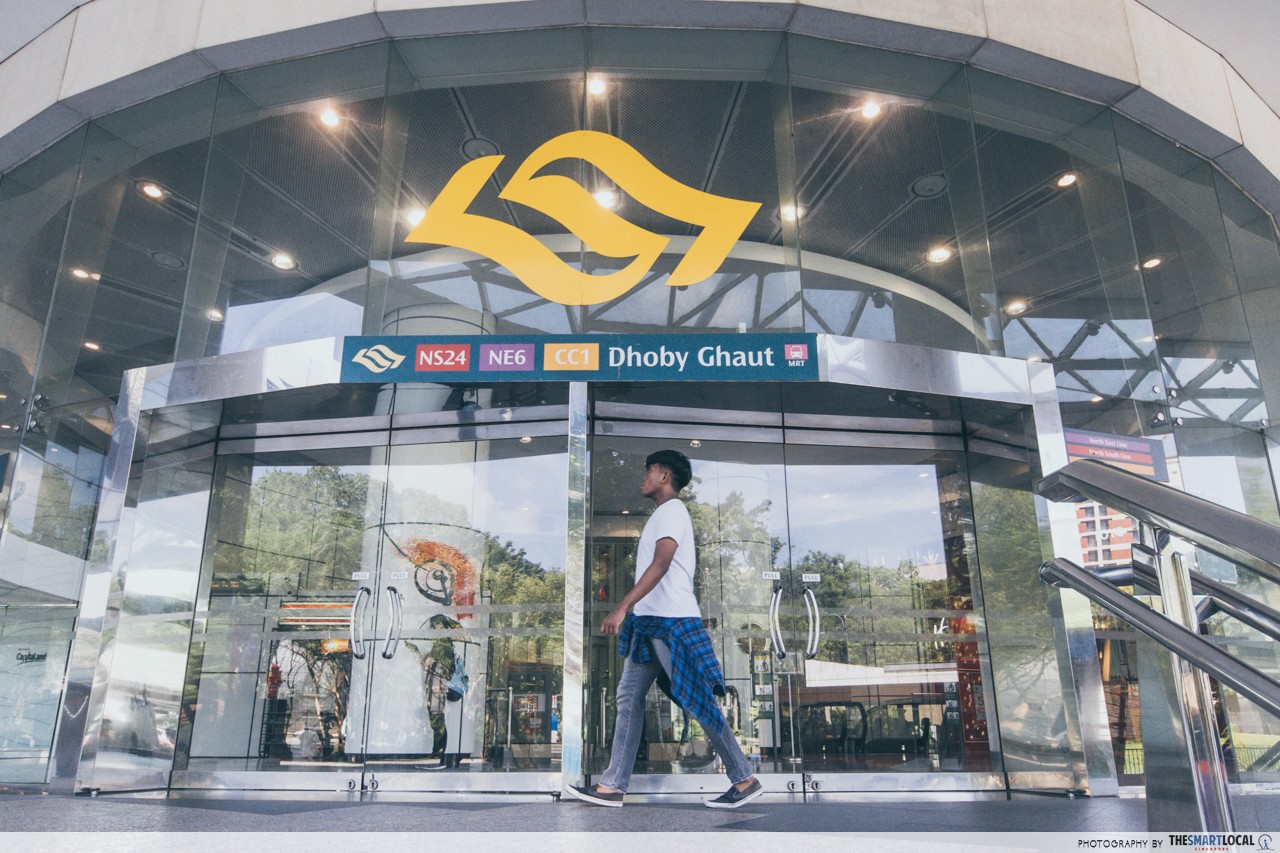 Despite the area being splayed with colonial architecture, the name Dhoby Ghaut comes from the Hindi language – proving that Singapore is truly a melting pot of cultures. The name is an amalgamation of dhoby (laundrymen) and ghat (steps along a river) which is apt, given its history. 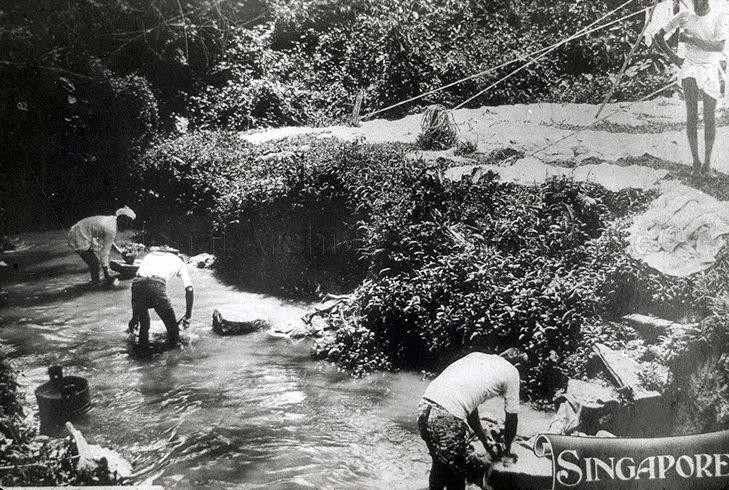 Before Dhoby Ghaut developed into a treasure trove of supper spots, immigrants from India would provide laundry services here. They’d wash laundry in Sungei Bras Basah and dry them in the open space between Bras Basah Road and Stamford Road. 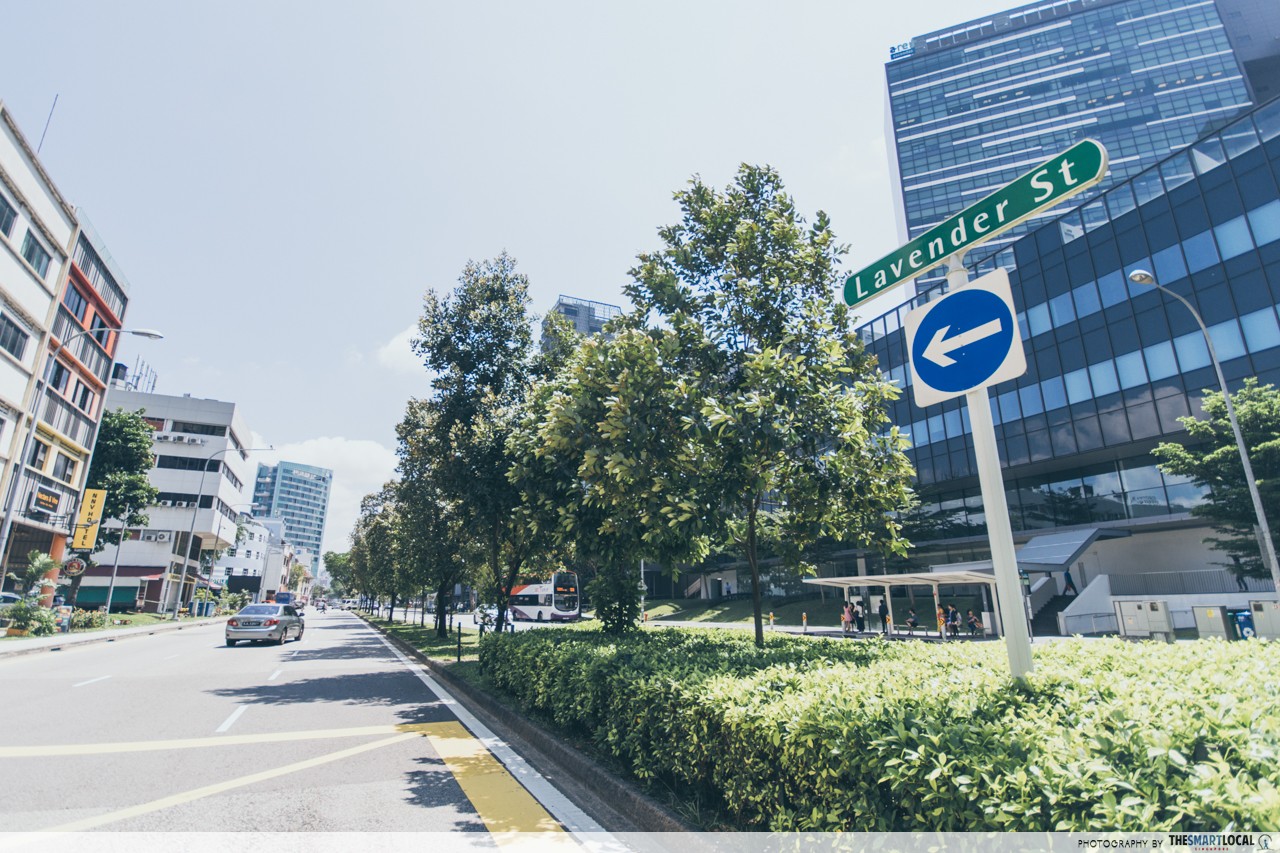 If there’s one thing to be learnt from Lavender Street’s origin, it’s that old-gen Singaporeans had strong bantz. In the 19th century, the area was covered with Chinese vegetable gardens, and housed an old town gasworks at what’s now the junction of Lavender Street and Kallang Road. 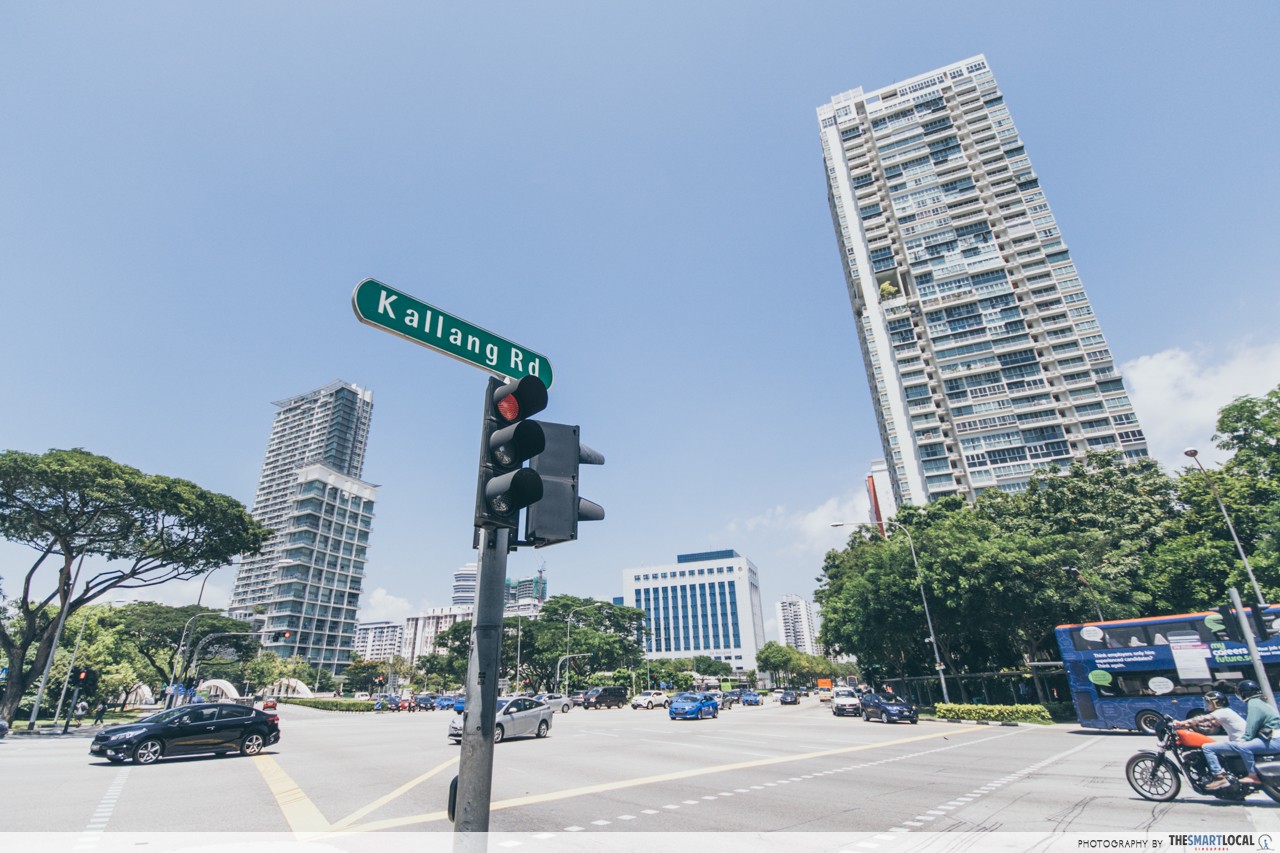 The area of the gasworks today

As a result, it reeked of fertiliser and odorous gas making it one of the worst smelling streets in Singapore till the early 20th century. So when it came to officially naming the street in 1858, residents decided to go lavender as a tongue-in-cheek reference. 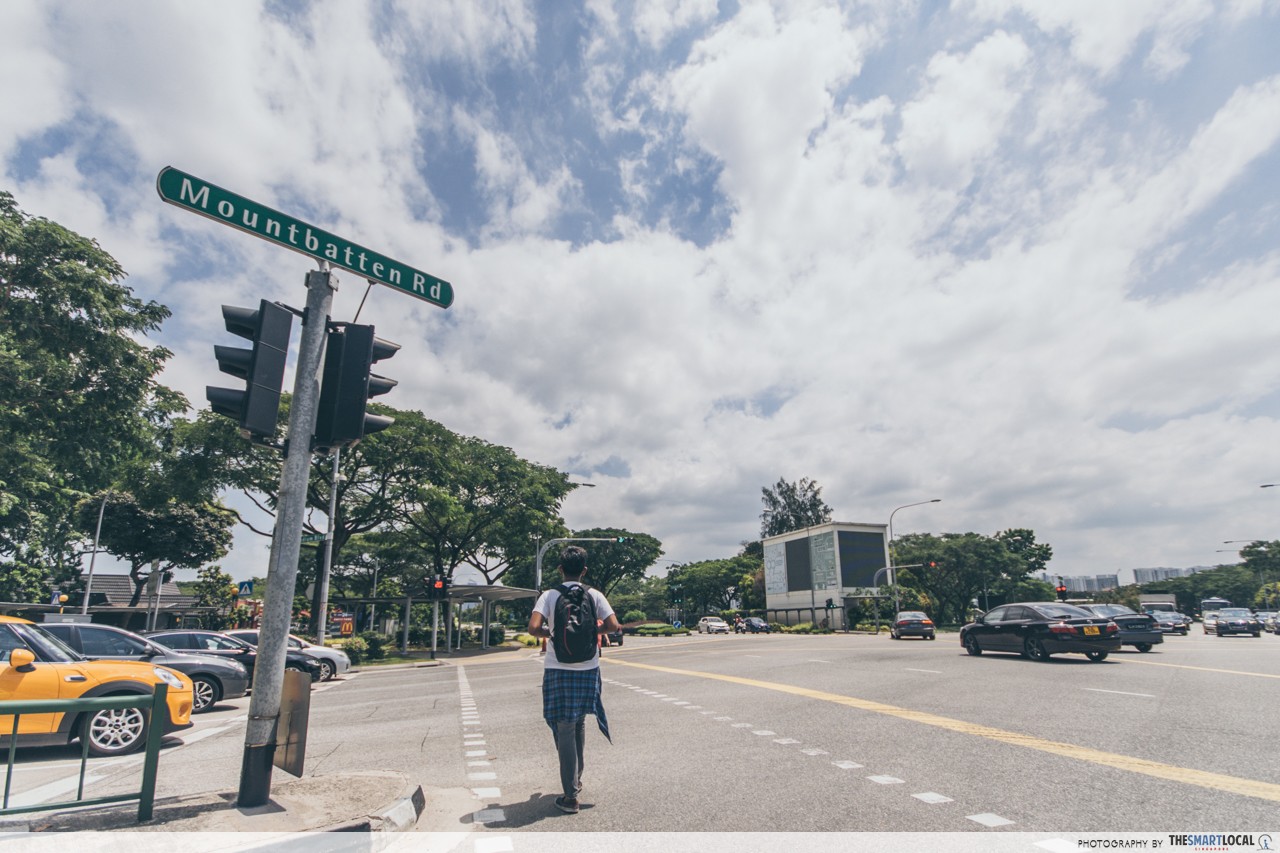 We know it as the road to get to McDonald’s Kallang but Mountbatten Road has a much more illustrious past. Formerly known as Grove Road, it was renamed after Lord Louis Francis Albert Victor Nicholas Mountbatten in 1946; a year after he accepted the Japanese surrender. 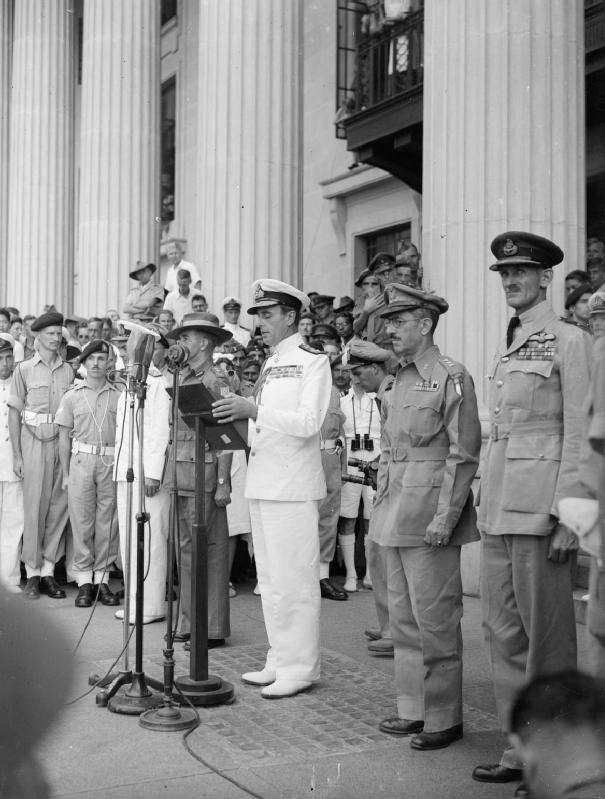 Lord Mountbatten (in white) at the Municipal Building after the Japanese surrender
Image credit: Wikimedia Commons

During the Second World War, he was Supreme Allied Commander of Southeast Asia which was the title held by the most senior commander. He was also of royal blood, being the great-grandson of Queen Victoria and a close mentor of Prince Charles – his grand nephew. 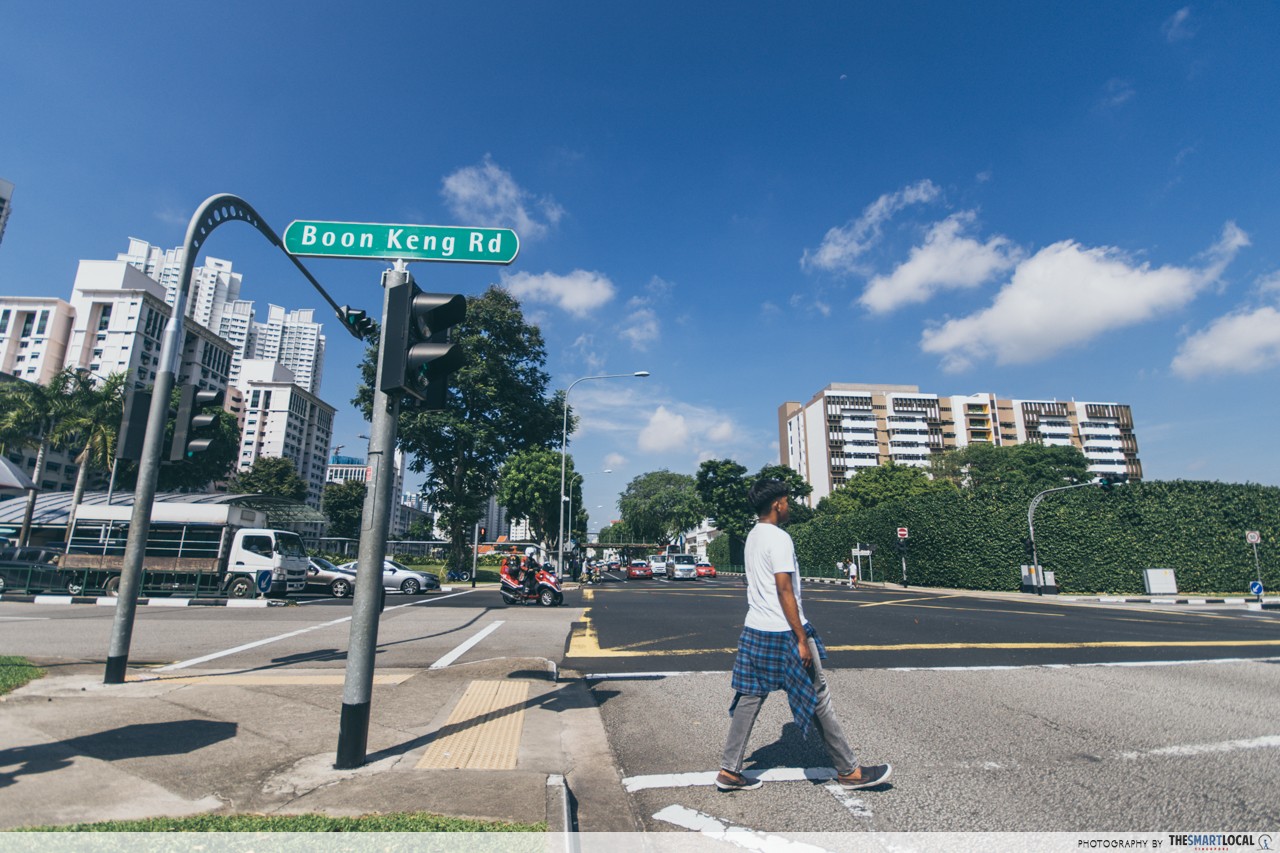 Full disclosure: Boon Keng Road is especially important to us at TheSmartLocal since it’s the only place near our office to get food.

That said, it’s also named after one most important men in Singapore: Lim Boon Keng. Inspired to be a doctor after his parents’ death, he studied very hard and was the first Chinese to clinch the Queen’s Scholarship. When he started his practice, he offered free medical treatment to those who couldn’t afford it. 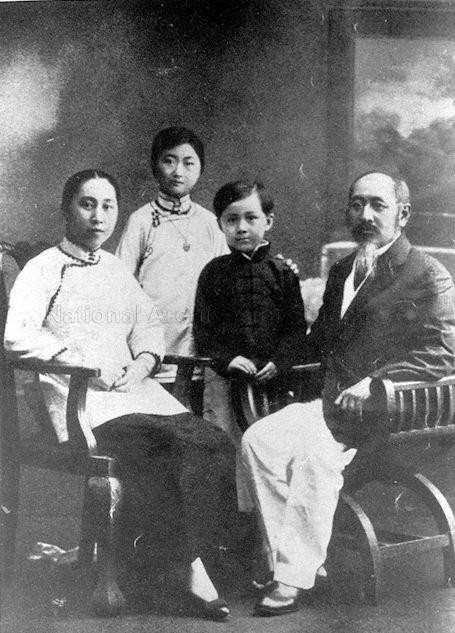 But his contributions didn’t stop there. Before the 20th century, Chinese girls weren’t encouraged to attend school and as such, many of them were illiterate. To remedy this, he co-founded the Singapore Chinese Girls’ School in 1899 to educate Chinese women living in the Straits Settlements. 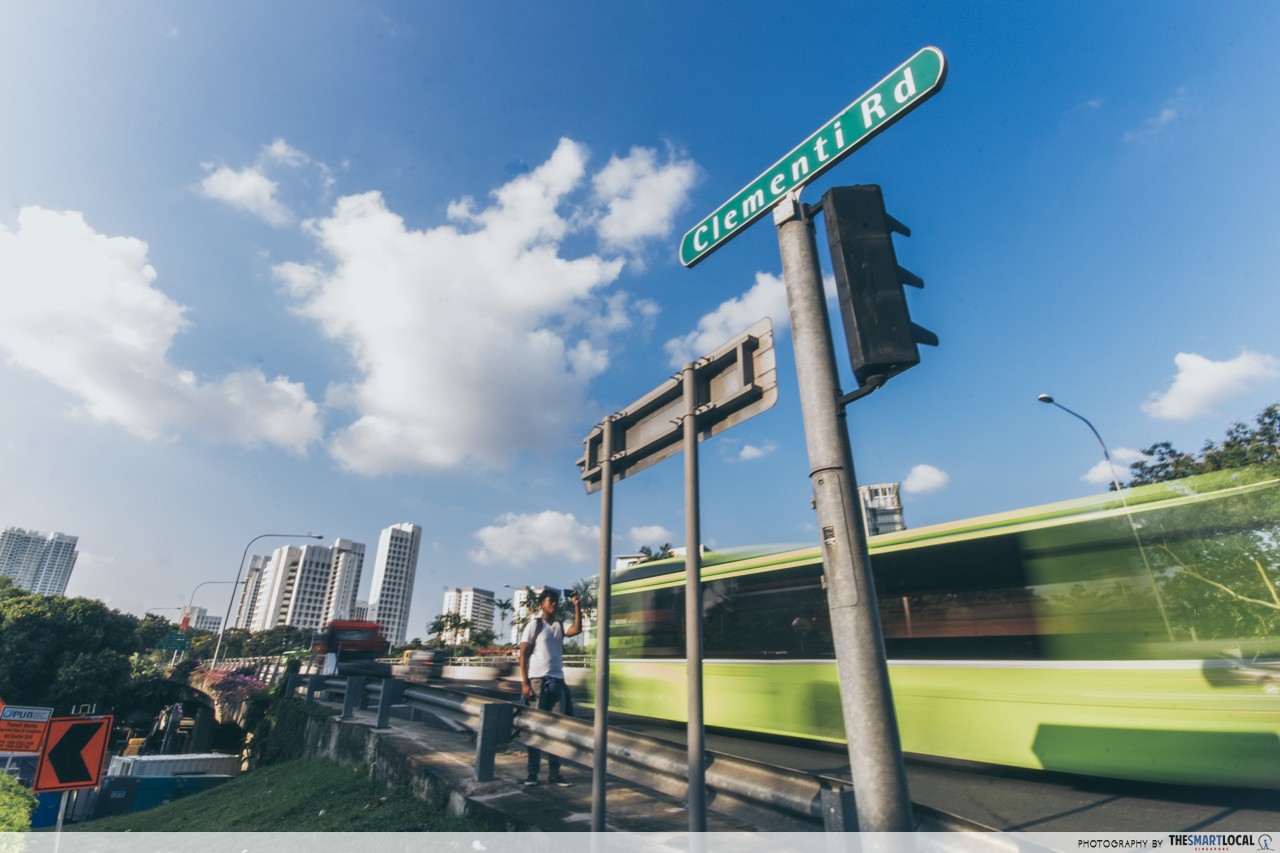 You know you’re well-loved when you have 2 roads named after you. Clementi Road and Smith Street are both named after Sir Cecil Clementi Smith who combated secret societies and kept the streets of Singapore safe. 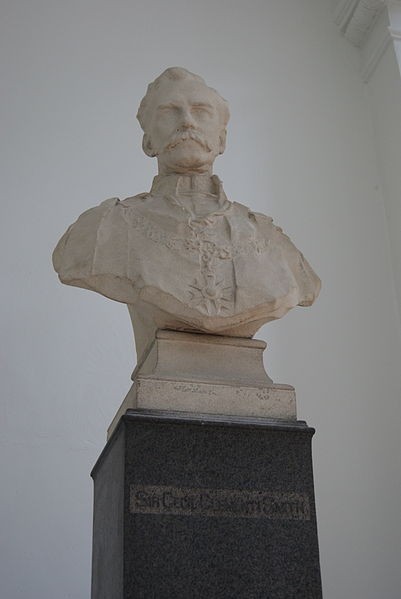 He was also a Chinese scholar and was deeply knowledgeable in Chinese language and culture. His fluency made it easier to communicate with the Chinese population here, making him a popular figure. He was so popular that when he left Singapore in 1893, the Chinese community petitioned the government to give him another term. 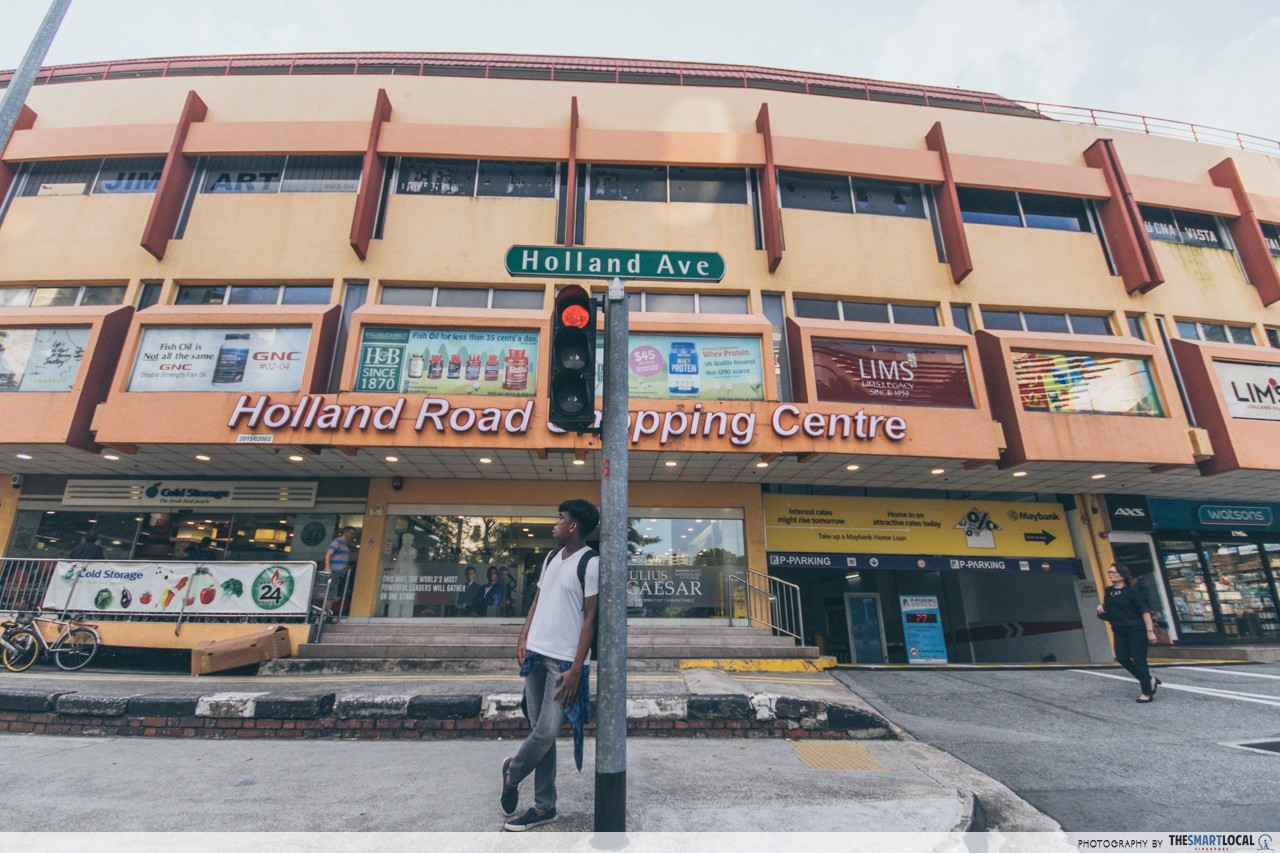 Contrary to popular belief. Holland Village and its surrounding roads aren’t named after the Netherlands.

Instead, they were named after Hugh Holland – an architect and amateur actor in Singapore during the early 1900s. The local Chinese also associated the name Holland with everyday items like soft drinks (荷兰水, “hor lan zhui“, Holland water) and peas (荷兰豆, “hor lan dao“, Holland beans) as these items used to be imported from Holland.

History of famous roads in Singapore

Road signs. They’re simply landmarks to get from one place to another but behind those white words is a time capsule to Singapore’s past and heritage. The next you catch yourself glancing at a road sign while waiting for the lights to turn green, take the time to research the origin of the name etched there. Perhaps you’ll learn something new about our home.

Learn about the town’s latest happenings at Kampung Sembawang 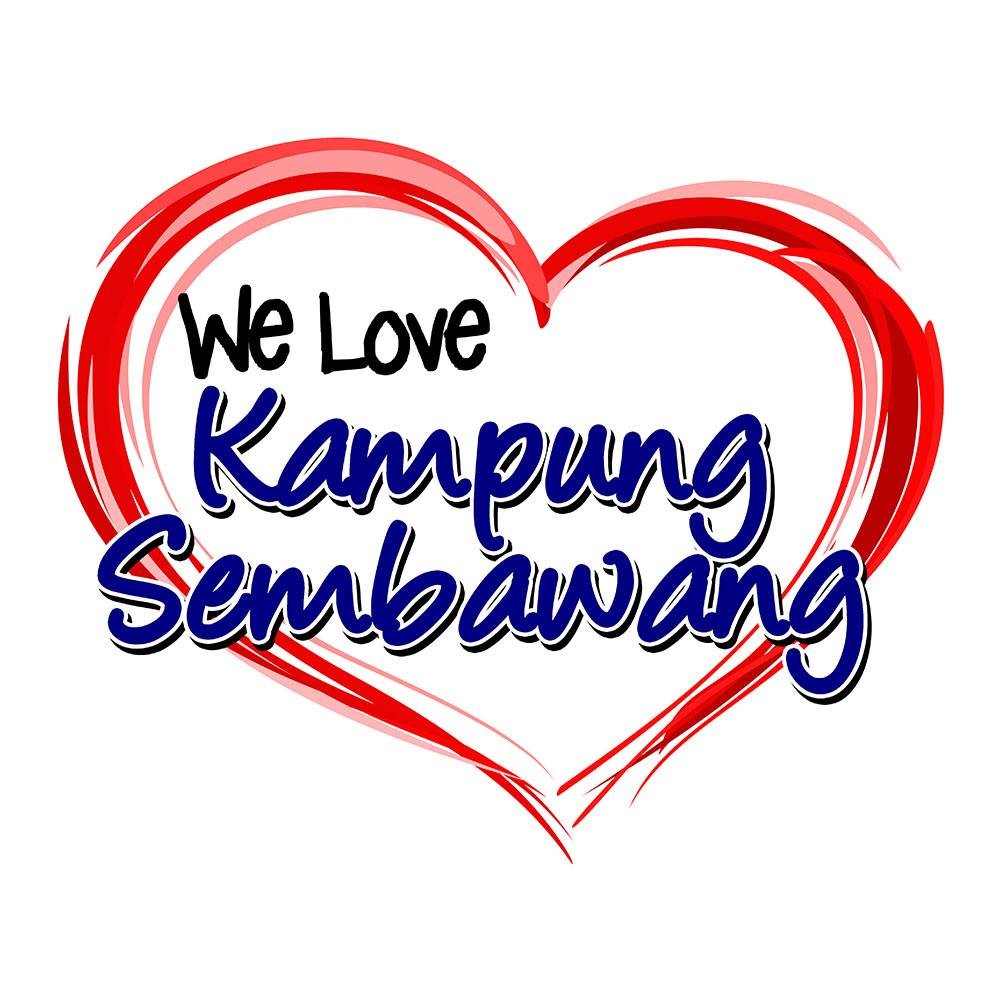 All roads lead somewhere and if you’re looking for a kaleidoscope into Singapore’s history, head to the Kampung Sembawang Facebook page where you can also find feature pieces on the interesting people and places in Sembawang.