It’s that time of the year when our Muslim friends begin Ramadan; a month of fasting and prayer that leads up to Hari Raya Puasa, which is also known as Eid al-Fitr. And while most Singaporeans are aware of the basic traditions that are followed during this time, there’s still much we might not really know.

Being open to educating ourselves about the different cultures around us is important – even if that means having “silly” questions we’re too embarrassed to ask. If you’ve ever wondered why Ramadan lasts an entire month or if it’s okay to eat in front of someone who’s fasting, here’s an FAQ for you to get through:

1. How come Ramadan doesn’t fall on the same date every year?

If you haven’t already noticed, the date Ramadan – and thus, Hari Raya Puasa – falls on is different each year. Much like Chinese New Year and Deepavali, this is because Ramadan follows a lunar calendar, a.k.a. based on the phases of the moon, which shifts every year. 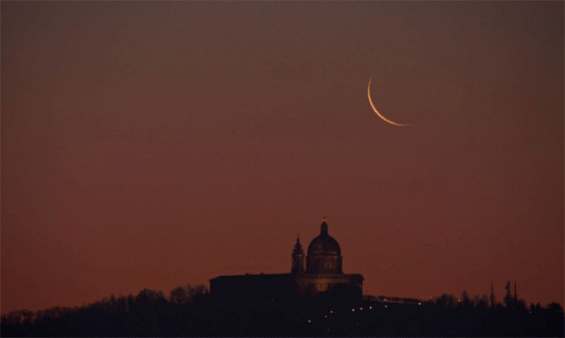 Ramadan is the ninth month of the Islamic calendar and begins at the sighting of the new moon. This also means that fasting month can start at different times depending on the country you’re in, as the moon can be spotted earlier in some than others.

13th April marked Ramadan this year and is set to last 29 – 30 days, until the next new moon is spotted. The Islamic calendar also moves forward by ~10 days each year, which is why celebrations are starting so early this year. Eventually, the date would coincide with New Year’s or Christmas!

2. Why do you need to fast for one whole month?

While the point above explains the time aspect of Ramadan lasting a month, some may still wonder why Muslims must fast during this time. This is because it’s one of the five pillars of Islam, which is made up of the following: 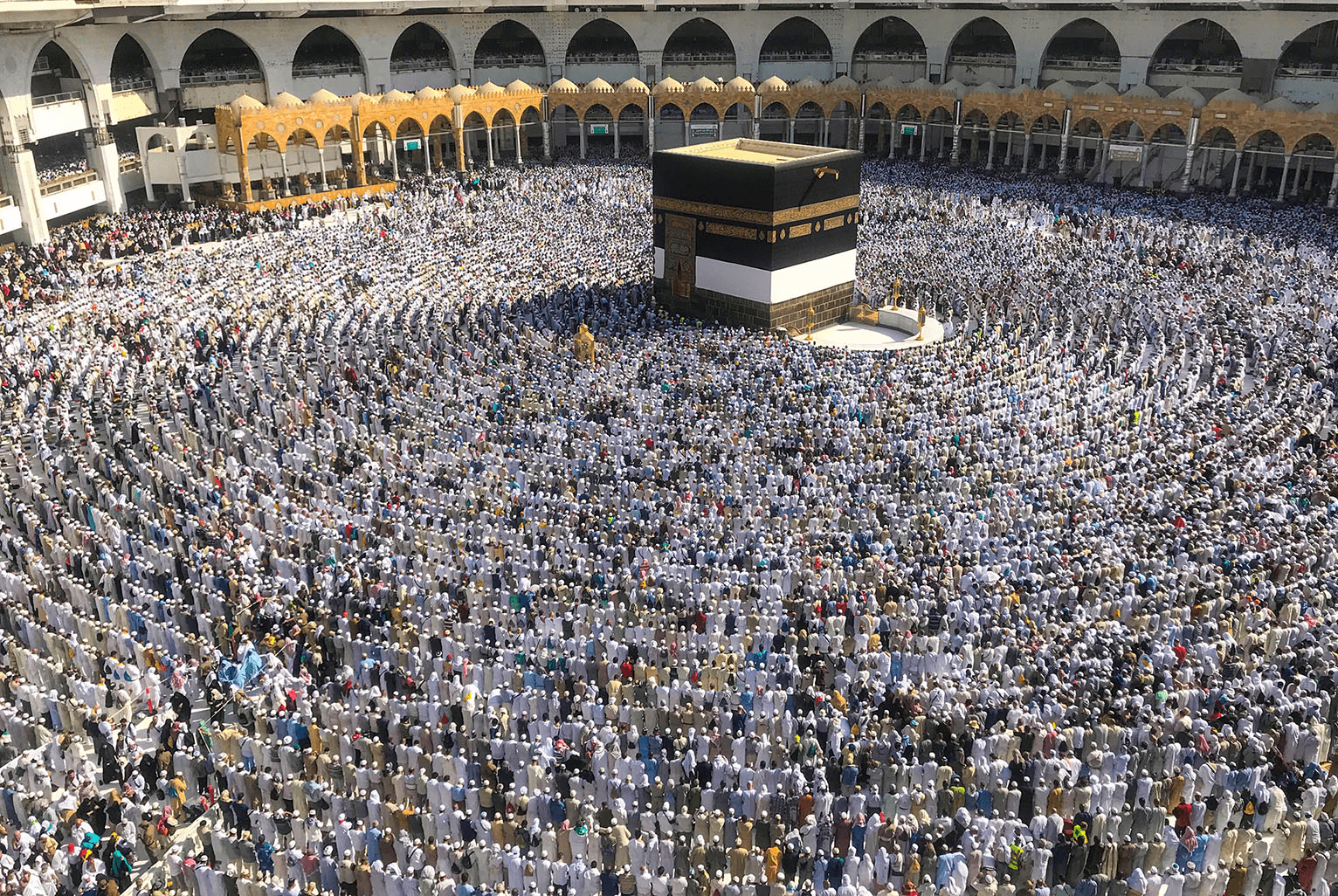 Located in Saudi Arabia, Mecca is considered to be the “holiest” city in Islam as it’s the birthplace of Prophet Muhammad. The city sees millions of Muslims during the Hajj pilgrimage annually.
Image credit: U.S. News

However, fasting is more than just fulfilling a religious obligation. To many, it is a time of self-reflection and coming together – the latter seen especially during nightly prayers at the mosque and iftar, which is the meal to break fast at sundown.

When talking to a friend about what fasting meant to him, he spoke more about the sentiment of how some see Ramadan as a reminder of the struggles faced by the less fortunate.

“I believe this myself, but do feel that we should be thinking of others’ plights outside of Ramadan as well,” he shared. “Instead, I see this month as a moment of reflection – of how we can be empathetic to everyone’s different struggles as we collectively go through this experience.”

3. If you swallow saliva, does it count as food?

The simple answer is: Nope!

As saliva is naturally occurring, it does not count as “food”. That being said, exchanging fluids is a no-no during Ramadan, so no kissing, ah. 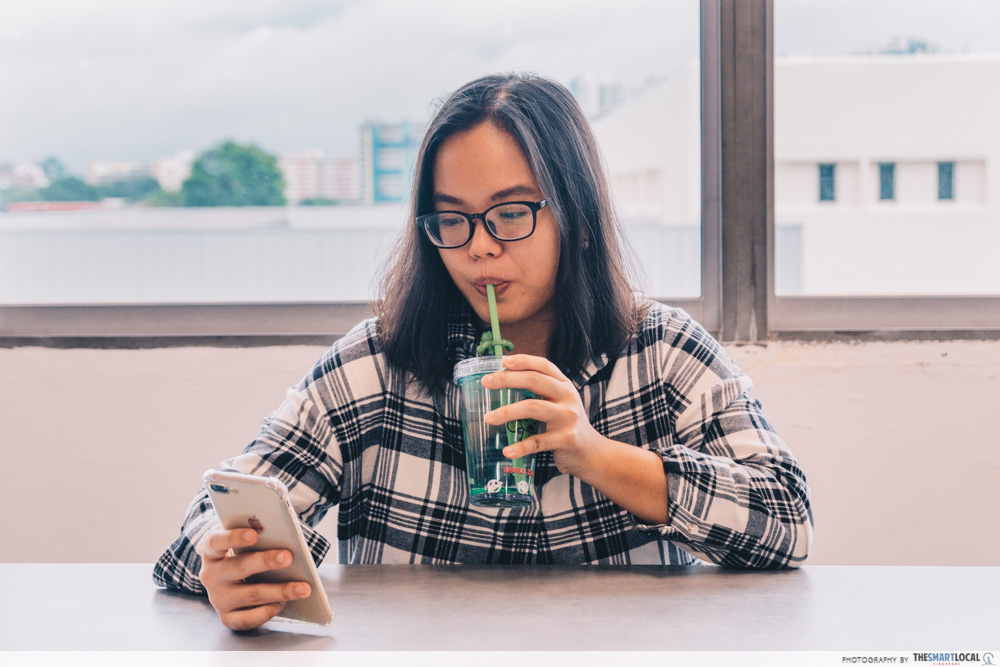 Additionally, if you unwittingly consume food or water during Ramadan, the good news is that your fast will not be broken. However, this is only if it is an honest mistake, and/or if you stop yourself from any extra nibbles as soon as you realise.

4. Are you allowed to cook when fasting? 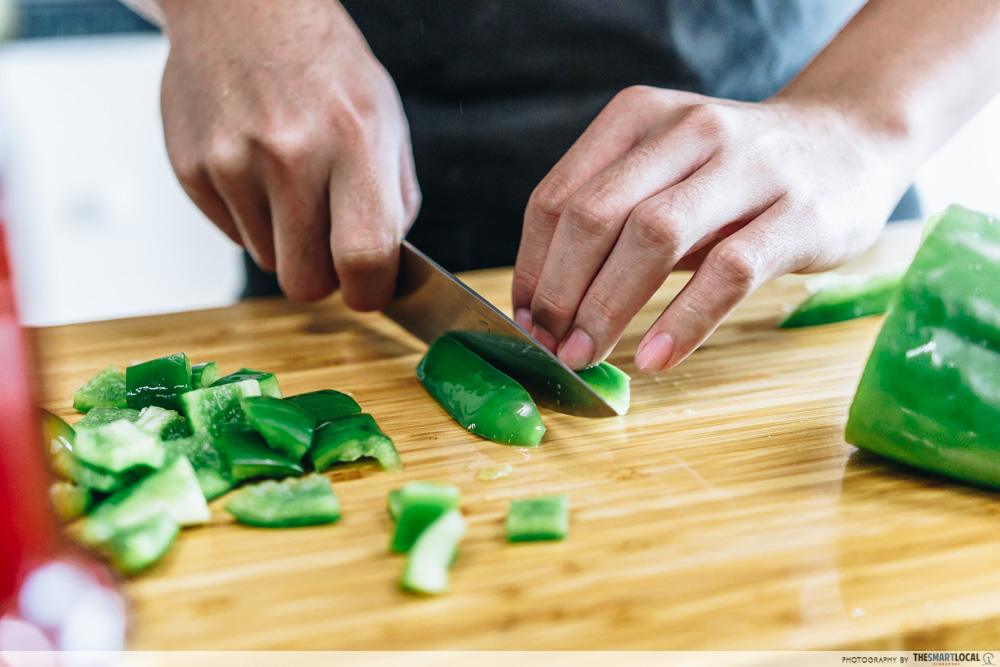 Whether you’re a fervent chef or enjoy whipping up meals for you or your family, cooking is a pretty big deal for many Singaporeans. So when Ramadan comes by, it’s natural to ponder the idea of whether people can cook when fasting.

And well, there ain’t nothing wrong with that. Those fasting may also be allowed to give whatever they’re cooking a quick taste using the tip of their tongue to see if everything is in order, as long as they don’t swallow the food.

However, if one forgets and accidentally does consume a bite, it once again does not break their fast since they didn’t do it on purpose.

This ain’t no O$P$ situation, but Muslims do have to “pay back” the days they’ve missed. This is known as qadha’, which refers to the act of fulfilling one’s duties – in this case, fasting.

It can be done any time during the year, as long as it’s before the next Ramadan season. However, people are not allowed to fast on the first day of both Hari Raya Puasa (Eid al-Fitr) or Hari Raya Haji (Eid al-Adha), as these occasions are meant for celebration and feasting.

6. Is it true that you can eat while on your period?

No dramatic debunking here, because this fact is true. Some ladies who are on their period (referred to as haidh) or are pregnant may have meals, though they can still choose to fast if they’re able to. 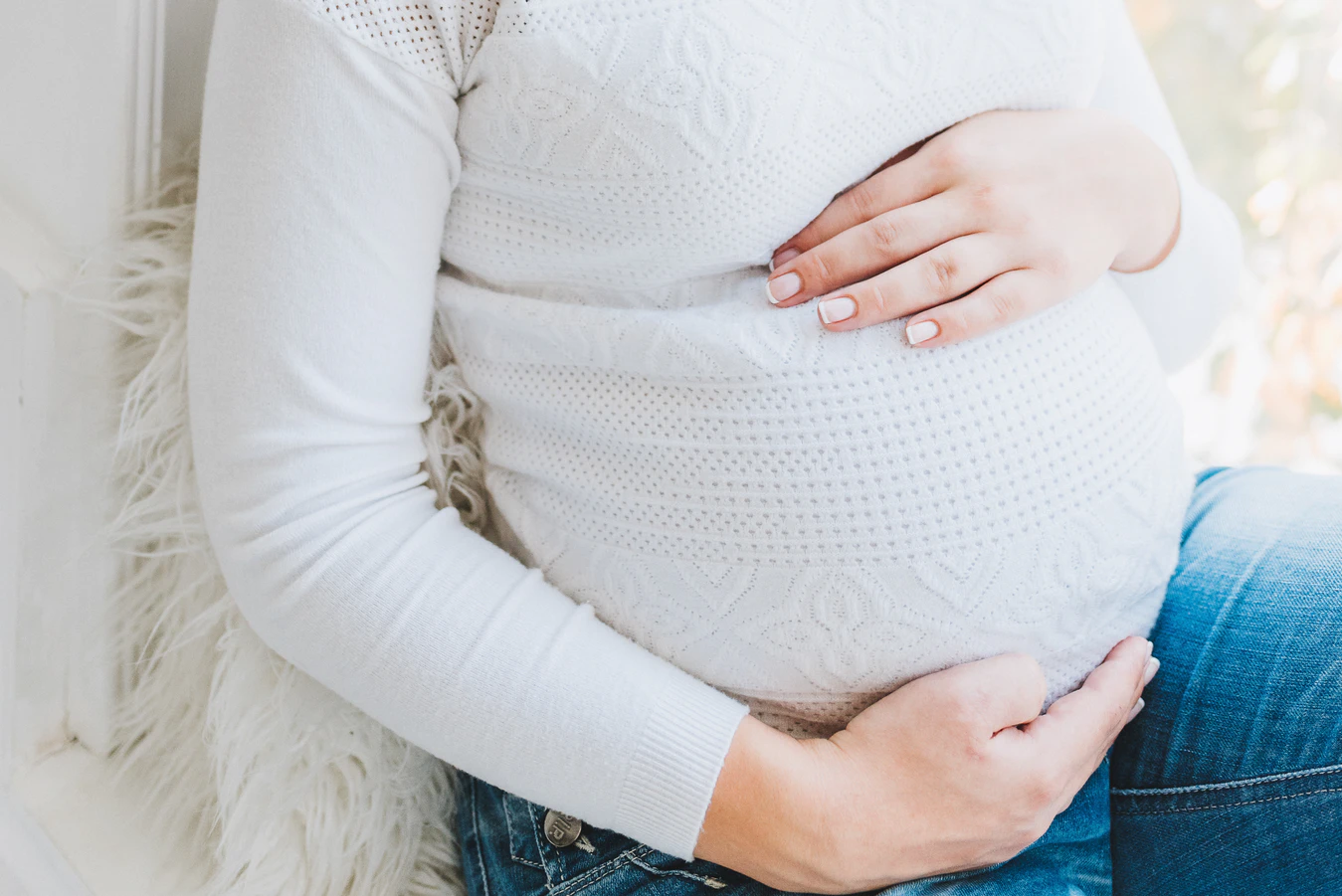 Those expecting can eat to ensure both mama and baby are getting their needed nutrients
Image credit: Anastasiia Chepinska/Unsplash

Most importantly, one’s health must be taken into consideration. If it’s unsafe for them to fast during this time, they must make up the days missed. Pregnant ladies that decide not to fast for the safety of their child must also make religious donations in the form of money or food (fidyah) on top of qadha’.

7. Can you eat if you’ve fallen sick? 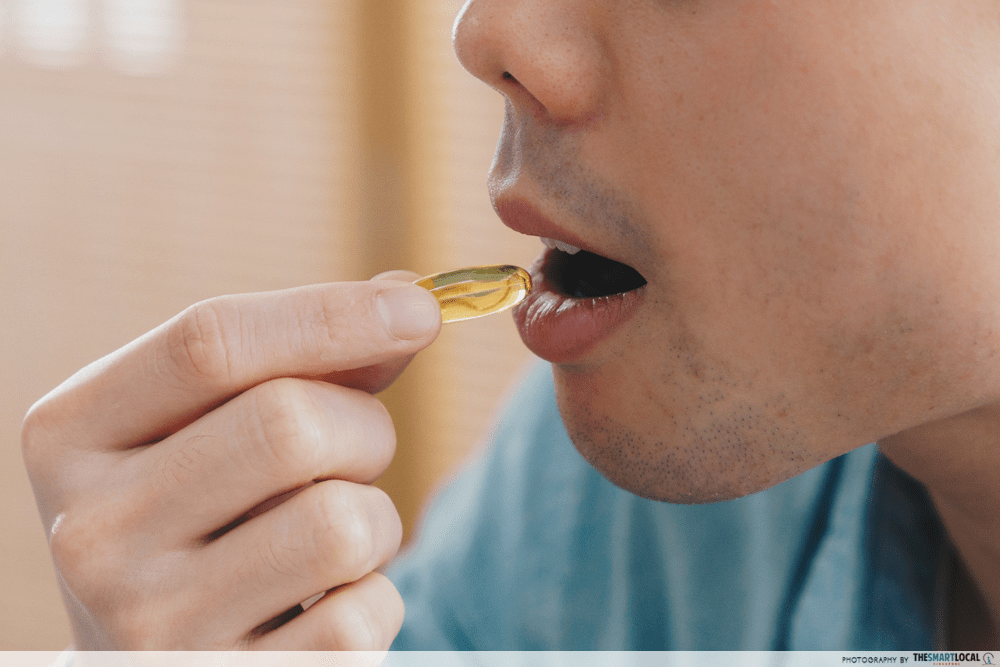 Most definitely – in fact, people are encouraged to eat if their health is at risk, and to only fast again once they feel better. Consuming medication, whether in liquid or tablet form, does count as breaking one’s fast, but people can replace the days after Ramadan as well.

However, this does not apply to injections and IV drips, as those are considered as things that don’t go through any “open orifice”, as shared by the Islamic Religious Council of Singapore (MUIS). Similarly, anyone with asthma can use an inhaler without it invalidating their fast.

In the case of the elderly or people suffering from long-term or chronic illnesses who are unable to fast at all, they will only be required to pay fidyah instead.

8. What happens if you wake up late? Do you break your fast later? 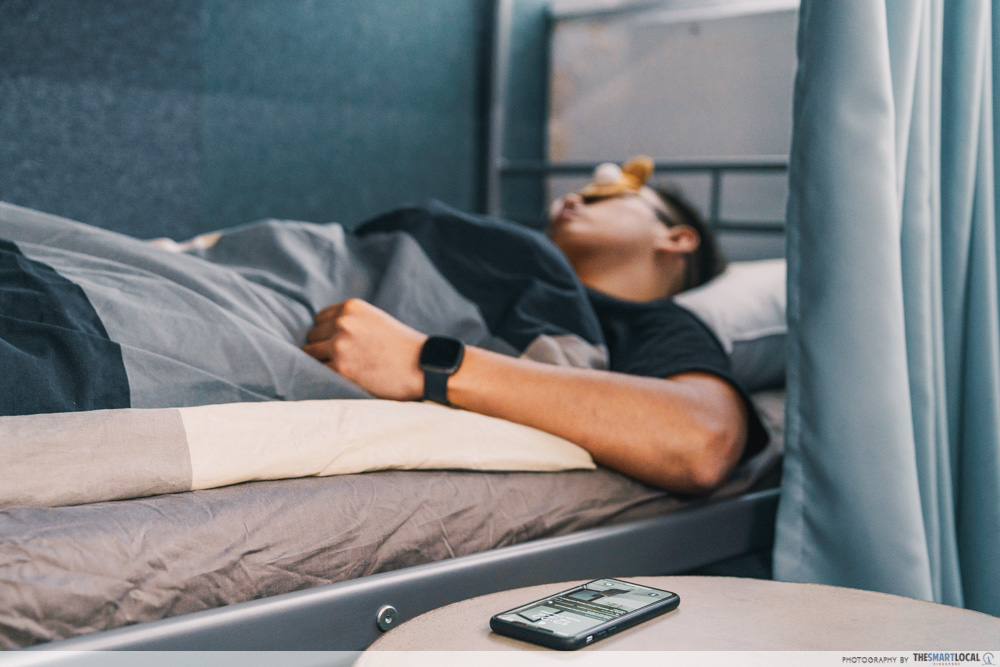 With Ramadan comes two important meals of the day: sahur, the pre-dawn meal that is eaten before the prayer call for Fajr (the dawn prayer), and iftar, when you can finally break your fast for the day.

So when I asked my buddy what would happen if someone were to wake up late, he only said one thing: “Look in the mirror and stare at Boo Boo the Fool.”

Ouch, but there’s nothing else you can do. See, Ramadan doesn’t run on a flexi-hour schedule. If you oversleep and miss your sahur meal, you will just have to carry on with the rest of your day without having had breakfast. 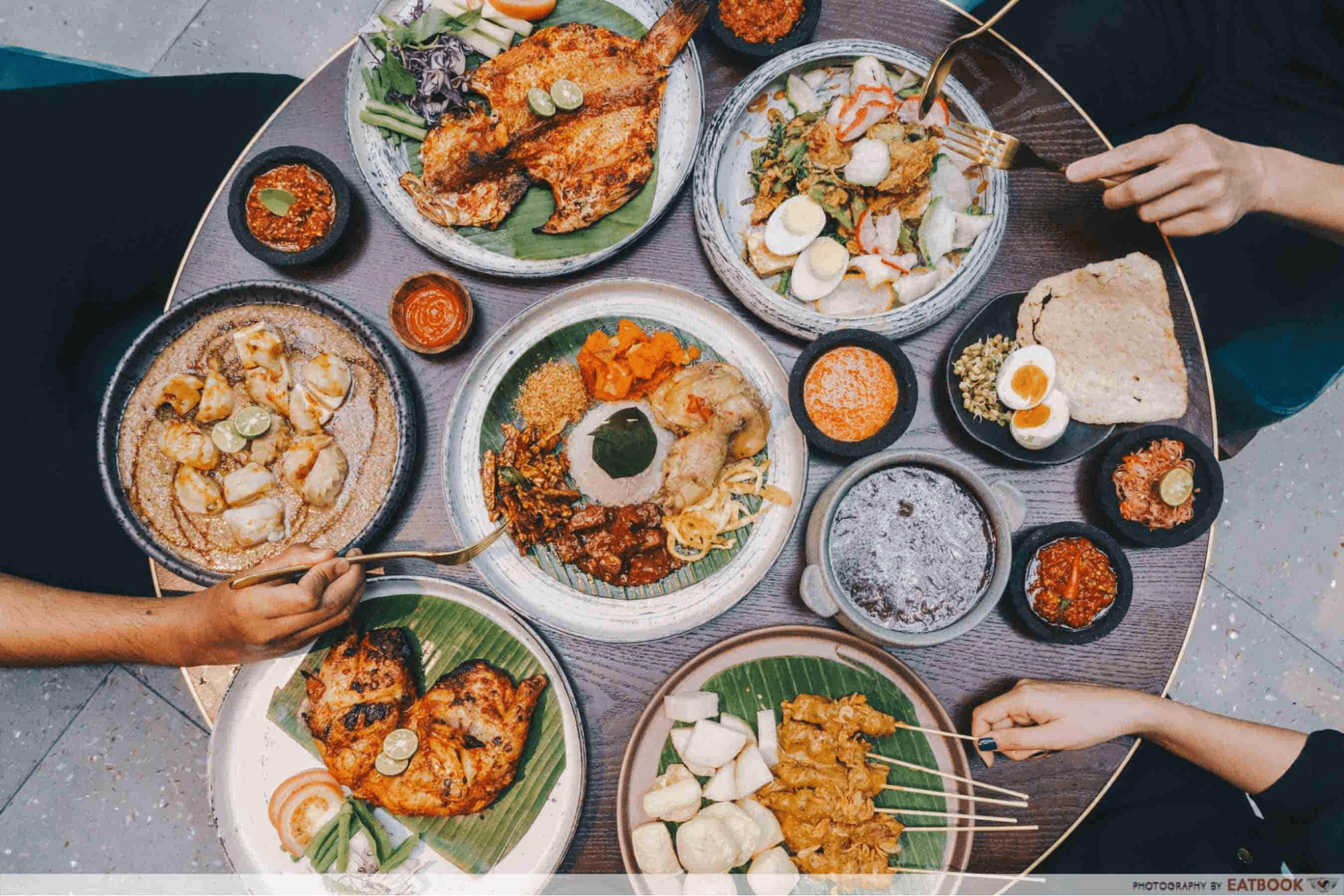 No need to wait extra to have your iftar meal with the fam even if you woke up late
Image credit: Eatbook

But this also means that you don’t have to break your fast later, as each day’s iftar is marked by the start of the evening prayer, called the Maghrib prayer. This depends on the time of the sunset each day, which explains why timings are not fixed throughout the month.

That being said, it’s always important to take good care of yourself. Like how you can break your fast to have some food if you’re unwell, the same applies to anyone feeling faint from missing their sahur meals in the morning. Just remember to pay it back!

9. If you’re travelling, do you still have to fast?

Having a holiday sounds like an absolute dream in our modern times. Though none of us are probably heading anywhere anytime soon, knowing how fasting works when overseas is still useful. After all, with changing time zones and different timings of the Fajr and Maghrib prayers, it can get pretty confusing to keep track of when exactly to start and break one’s fast.

Additionally, various circumstances of the destination you’re in may affect your ability to withstand hunger – be it extreme climatic conditions or if getting around requires more physical exertion.

According to the Quran, it states:

“But whoever among you is sick or on a journey, (he shall fast) a (like) number of other days…”

So just like those who are unwell are not obliged to fast, anyone travelling can carry on with their meals as per normal if they wish and do qadha’ once they’re back in Singapore.

However, if someone decides to fast and does not find it unbearable may still do so.

10. Is fasting just abstaining from food and drinks? 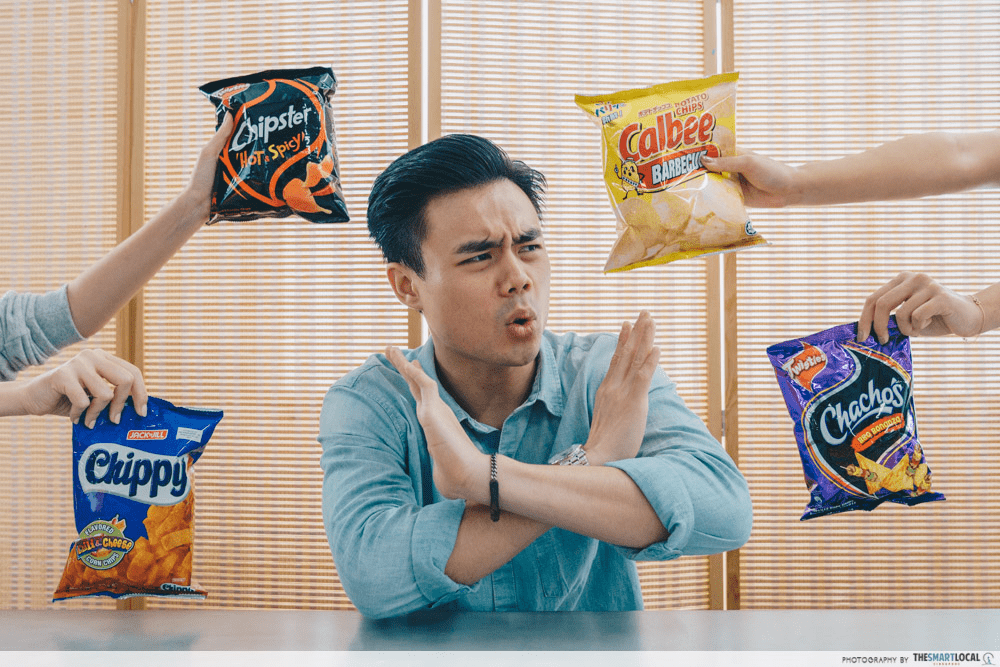 Contrary to popular belief, Ramadan is more than just not having meals and bevvies during fasting time. It actually extends to abstinence in general, especially from habits deemed unhealthy or “immoral” during the holy month.

A friend explained to me the Islamic concept of Sabr – this can be roughly translated as “persistence” or “practicing patience”.

As Ramadan is seen as a period of self-reflection, activities that people should be mindful of during fasting time also includes things like smoking, swearing, intimate activities, and even something as simple as gossiping.

11. What are some things non-Muslims should be careful of doing during Ramadan?

This largely depends on who you’re asking, but for starters, here are some things we can be more mindful of during Ramadan season:

Ramadan is rich in tradition and history, and this FAQ only covers the tip of the iceberg of what there is to know. When speaking to my friends while working on this article, many of them expressed that it’s okay to ask well-intentioned, tactful questions when in doubt – no matter how “stupid” they might sound. After all, dismantling misconceptions is a vital step in learning something new.

If you’d like to know more about the dos and don’ts about fasting, check out the Islamic Religious Council of Singapore’s handbook.

And to all our Muslim readers out there, Selamat Berpuasa and Ramadan Kareem!

Other traditions celebrated in Singapore: 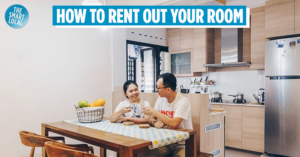 How To Rent Out Your Spare Room In Singapore To Earn Side Cash From Your HDB
I Tried Making My Habits More Eco-Friendly For A Week, Like Refusing Dabao Plastics 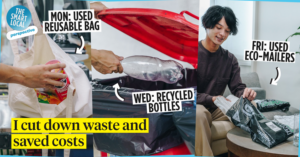