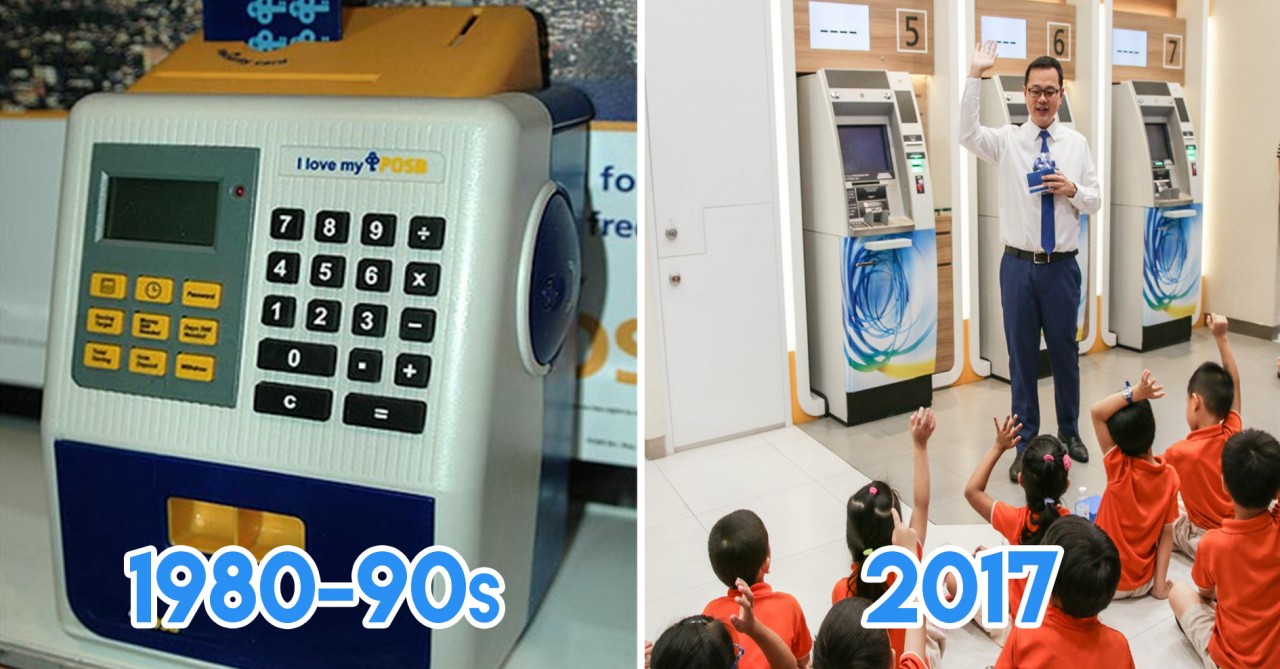 I remember my kindergarten days fairly well when it was play all day, every day. Even when we had the occasional excursion out of the stuffy classrooms, it was always to someplace fun like the zoo. While I loved every bit of my time there, I realise that there was so much I didn’t know or wasn’t aware of when I entered primary school.

To avoid having that doe-eyed look so typical of newbies, 6-year olds do need to get a glimpse of what awaits them in primary school. To get the inside scoop on what millennial toddlers are learning today and how much preschool education has changed since our time, we crashed a K2 preschoolers’ excursion to a bank, and here is what went down: 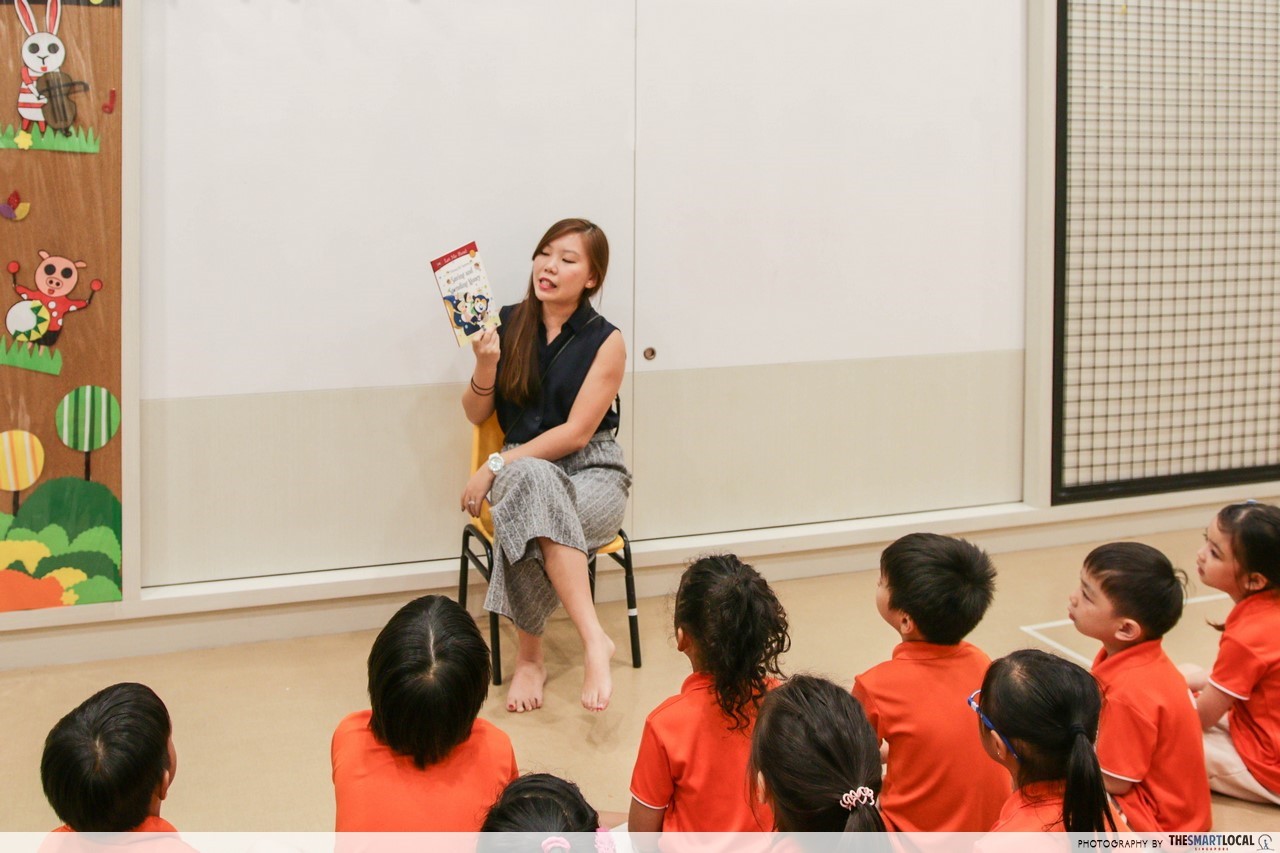 Storytelling time = fairy tale or bedtime stories. At least, that was what storytime sessions entailed during my kindergarten days. But fast-forward 2 decades and we have a complete turnover – books read during storytime are meant to have a more tangible relevance to the kids.

As preparation for their trip to the bank, the children had a short storytelling time session about handling money wisely. Unlike the fairy tales my teacher used to read to me, this one bore much more substance while keeping the story light and fun. A chorus of enthusiastic voices responded to the teacher’s probing questions post-storytelling:

“What does Timmy need to do if he wants to buy what he wants?” 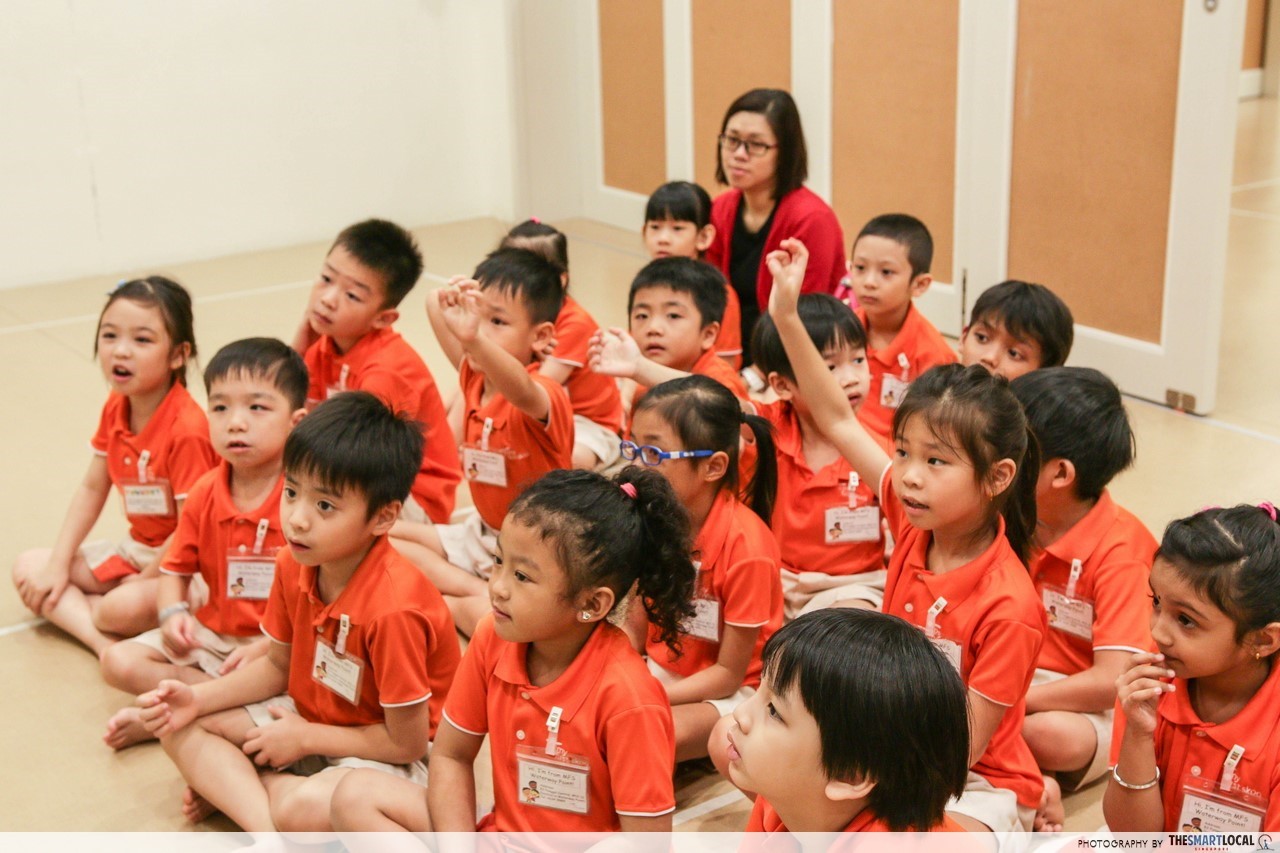 These kinds of storytelling sessions are done frequently, so much so that these children are equipped with more knowledge of the world around them than we probably were at the same age. They could even recall a previous trip to a school bookshop and squealed in delight because they could connect this story to their personal experiences of not being able to purchase enough stationery because #nomoney.

2. Kids are taught how ATMs work 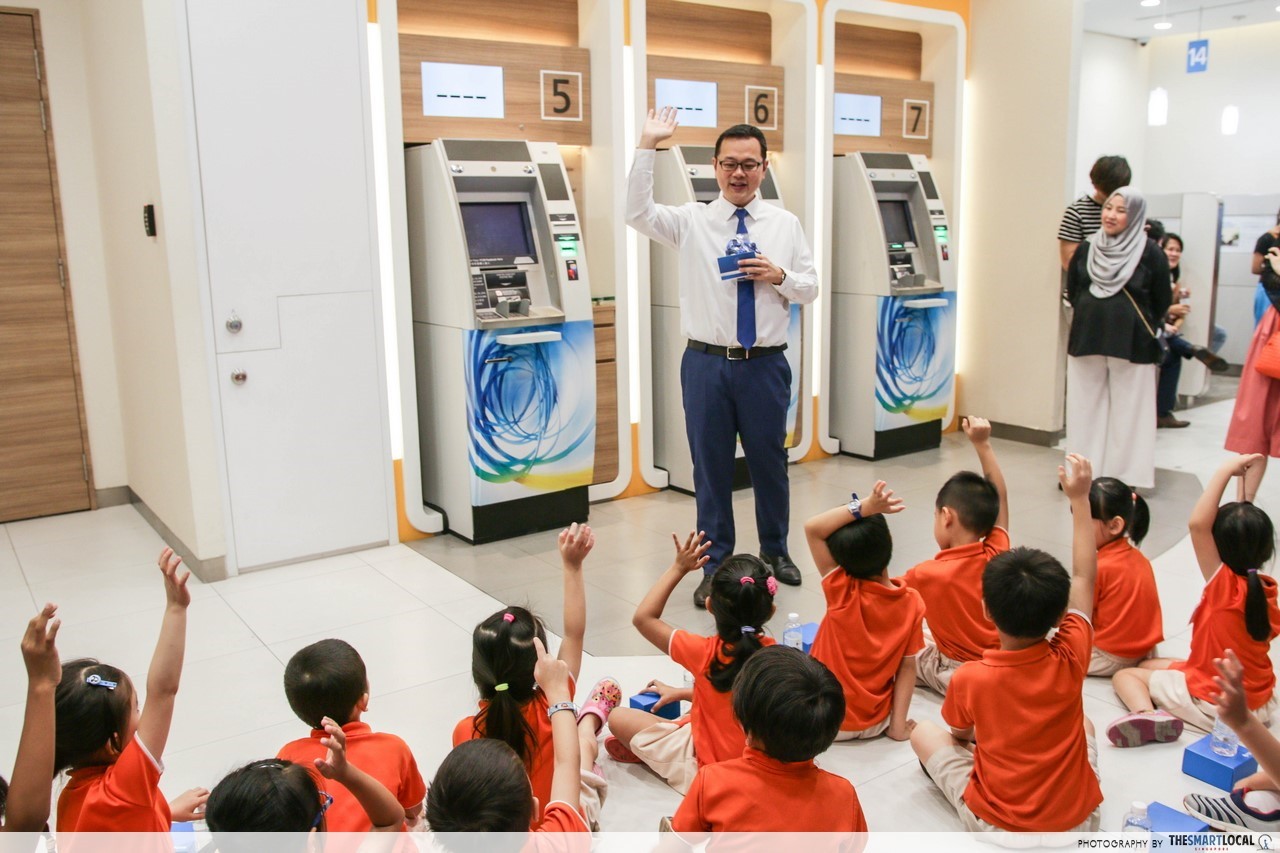 The bank was actually just a floor below the preschool, so we just needed to head downstairs after the storytelling. We went just before the bank’s official opening hours but there were some people who came to withdraw money at the sides. This really gave the children the chance to see how the ATM worked up close while the branch manager explained its operations to them.

Astonishingly, some of the kids were already familiar with the ATM’s basic functions. They even knew it needed a PIN number to get cash! My 6-year old self’s knowledge of anything money-related stopped at counting out my daily $1 pocket money and putting the unspent coins into my piggy bank. With an ATM card and a bank book, the short explanation on how they could deposit and withdraw money was done, and the kids could fire away any questions they had. I’d already witnessed their strong sense of inquisitiveness during the storytelling time, but I was even more amazed by their ability to raise practical questions about what they’d just learnt.

3. Game apps on iPads are used to teach them how to count money 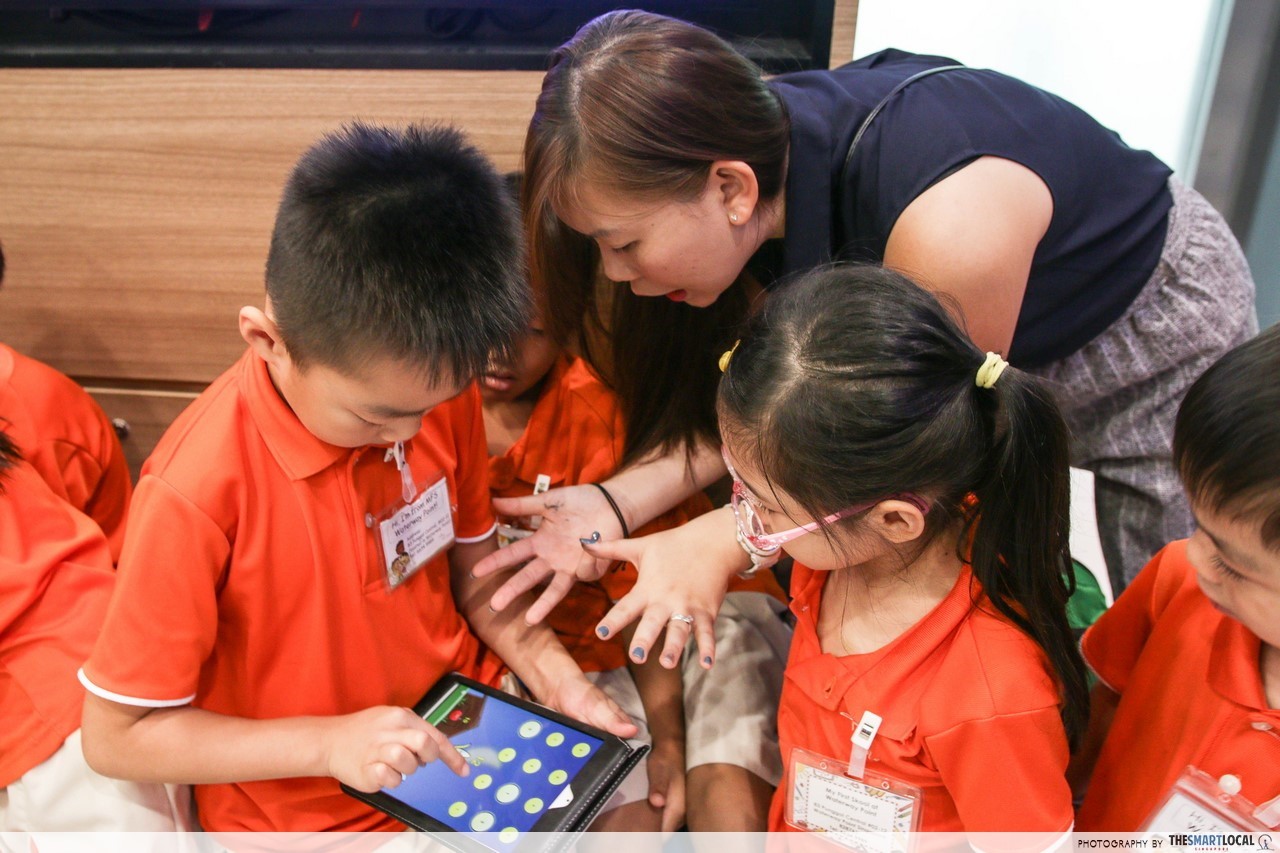 Everyone’s on their phones and tablets these days, and kids who don’t have their own are constantly hogging their parents’ devices. I’ve seen babies watching shows on their parents’ phone while strapped in their high-chairs! It’s definitely hard to associate technology with anything positive when you see instances like these. 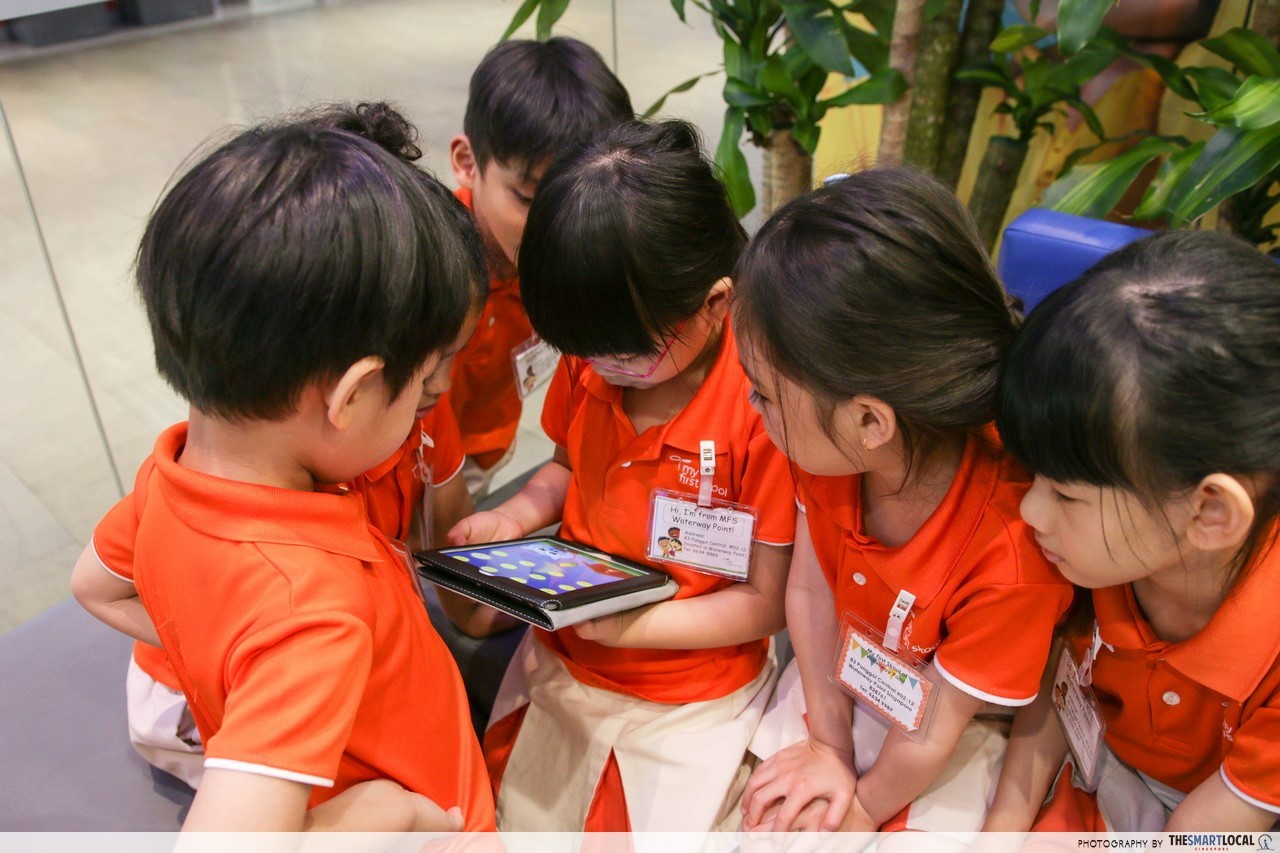 So, I was pleasantly surprised to find that the teachers here use technology as a way to enhance the children’s learning and up their enthusiasm for potentially boring subjects. At the bank, they were split into 3 groups of 5, with each group being given an iPad to play a downloaded app game that made them count money in different denominations. They took turns to try out the game, and only passed it on once they solved the problem. 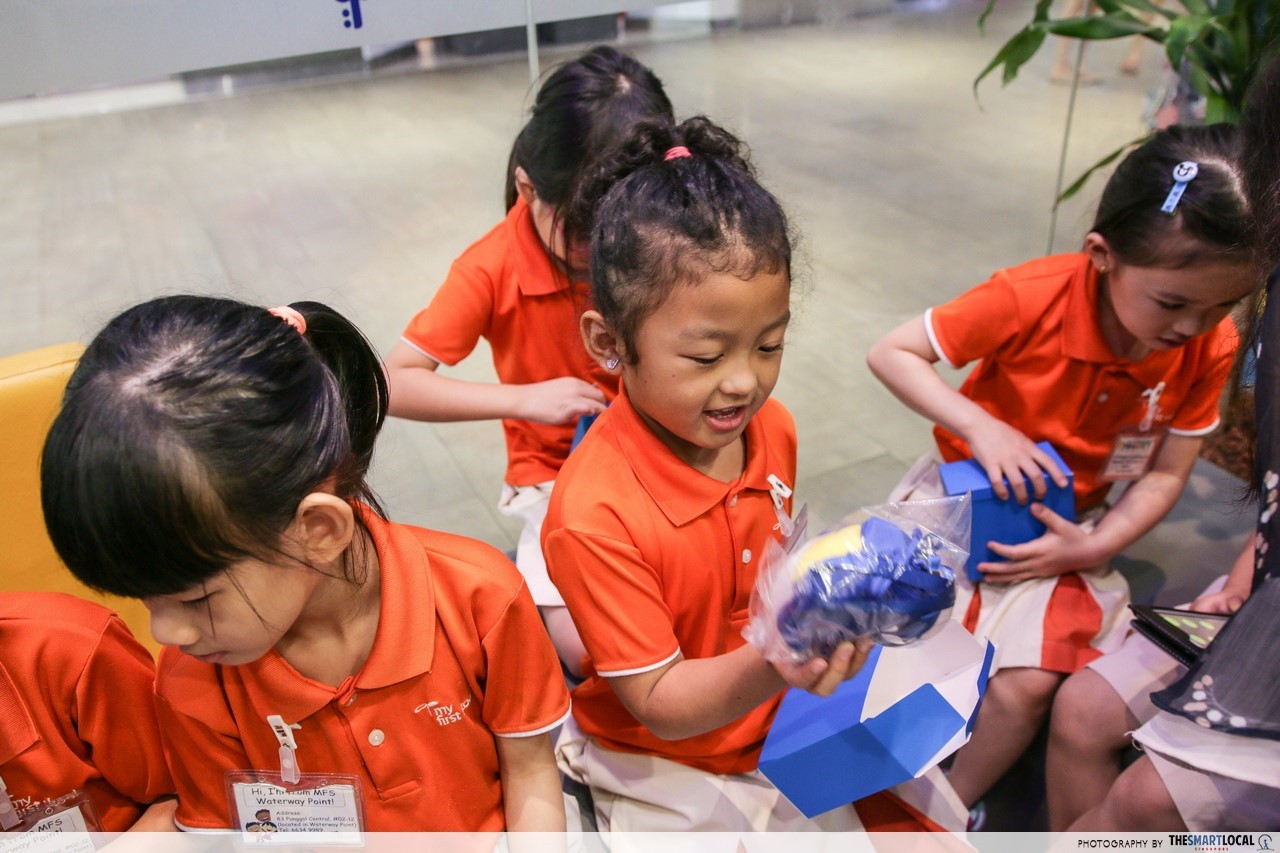 The children each received a pouch from the bank as a cute token for successfully solving the problems!

Imagine doing addition sums on a tablet instead of on a worksheet – it definitely trumps solving it on a boring piece of paper. It certainly captured the children’s interest and sparked some friendly competition to see who would get it right on the first try!

When I went for school excursions, they were usually a one-off trip like to the zoo or the bird park. This preschool on the other hand, has created an entire semester timetable centred around their P1 prep – a real level-up indeed! Prior to the bank trip, they took them to a nearby primary school to really immerse them in primary school life.

During their primary school visit, the kids practiced buying their own food at the school canteen and some stationery from the bookshop. This outing really gave them solid hands-on experiences that they were able to apply when they went on the bank excursion. After listening to the story, a number of them guiltily recalled having splurged on erasers at the school bookshop.

Experiential learning at My First Skool 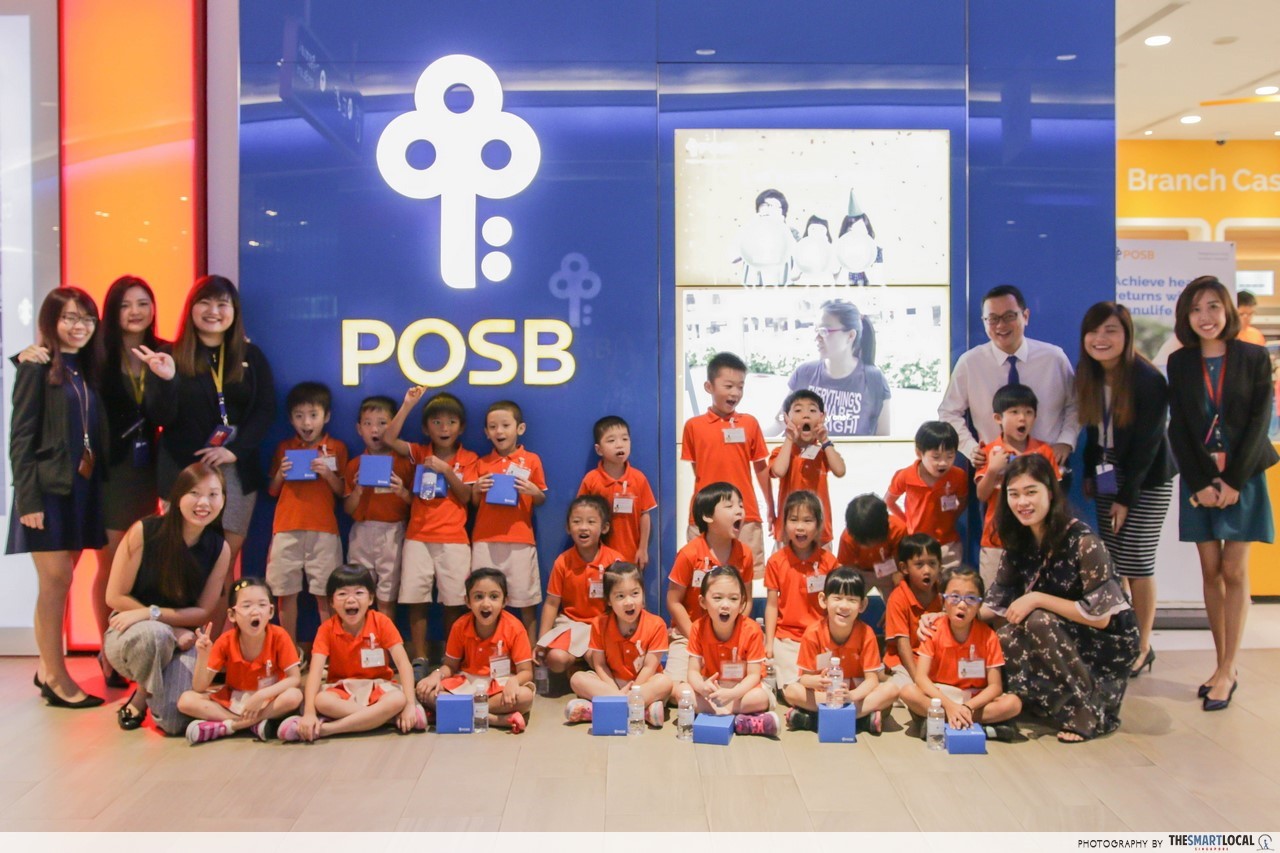 For preschools such as My First Skool, it’s experiential learning in the truest sense. If we thought pre-P1 prep was us just learning to have at least some basic literacy, these preschoolers are totally proving otherwise.

These cuties profess that learning is fun, and they even get to have a say in what they want to learn. Case in point: the school organised a trip to the S.E.A. Aquarium because they wanted to learn more about deep sea creatures. 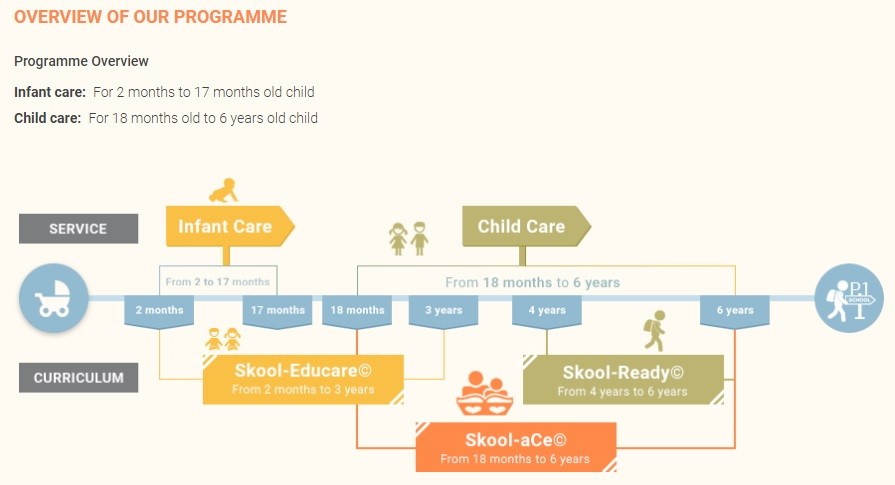 Learning seems equated with fun at My First Skool, and maybe that’s because they actively incorporate a ‘joy of learning’ ethic across all lessons. As all children love to play, the school intertwines it with their lessons. 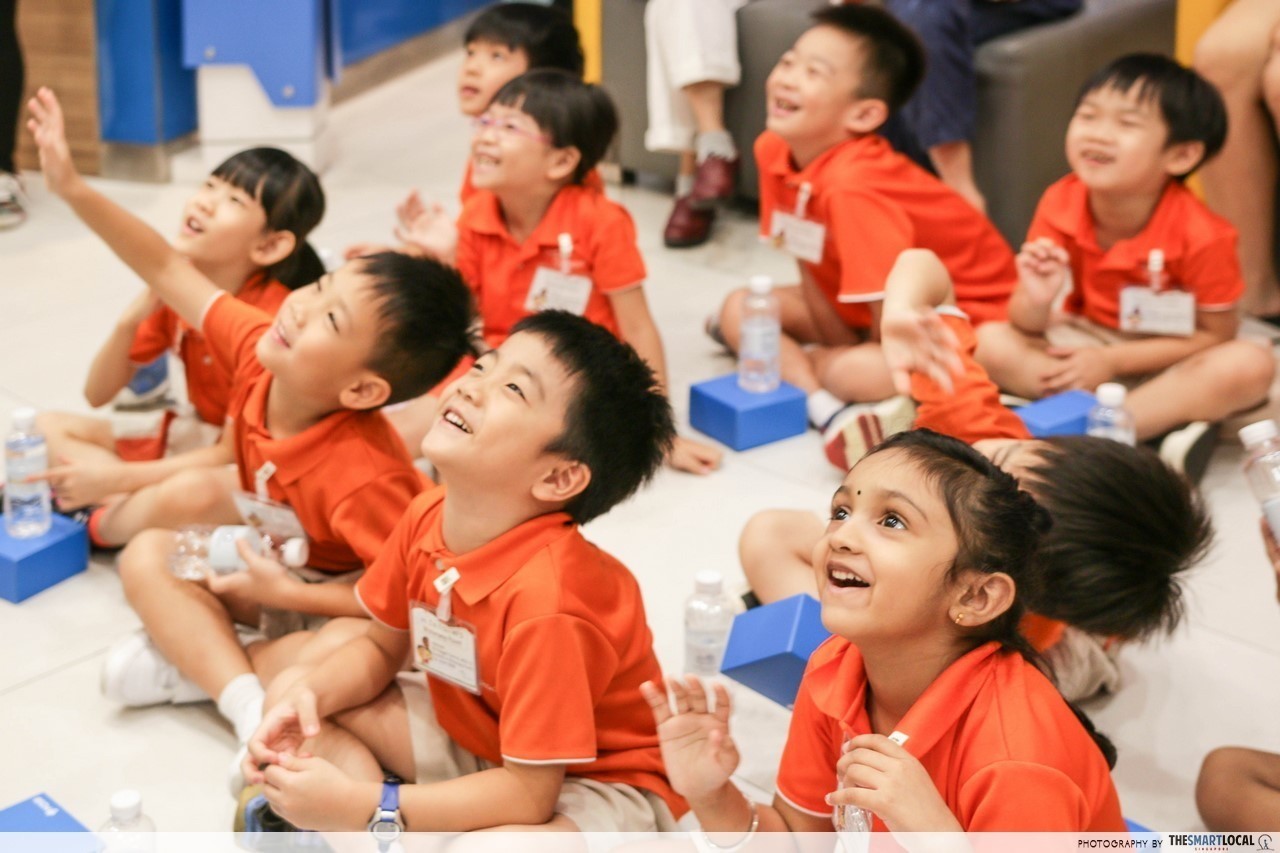 Their ‘Skool-Ready’ programme for preschoolers is designed such that they can think logically and creatively. It’s normal to have out-of-classroom sessions here – the children of My First Skool go on as many as 4 learning excursions in a semester!

Find out more about My First Skool’s curriculum here!

This post was brought to you by My First Skool.